You are not connected. Please login or register
+4
Werewolf
higurashihougi
George1
milky_candy_sugar
8 posters
Go to page :

Vietnam could be interested to purchase the Belarus air defense missile system T38 Stilet. A delegation of Vietnam has recently visited the factory of the Belarus Company Tetraedr Research and Production Complex, the manufacturer of the T38 Stilet.

The T38 STILET is a short-range air defense missile system designed and manufactured by Tetraedr of Belarus to provide enhanced combat and performance capabilities to air defence units.

The T38 STILET provides acquisition and identification of targets on the move and at halts, as well as engagement of target with one or two missiles from a short halt or from a stationary position. The T38 Stilet program involves a substantial rebuild of the legacy SA-8 Gecko weapon system, with digital hardware replacing much of the legacy Land Roll radar system and supporting computer system for the automatic CLOS missile guidance system.

The T381 launcher vehicle carries eight missile containers. There are installed in tow group of fours, one of each side of the radar block system. With twice the engagement range of the legacy SA-8 Gecko, better mobility, better ECCM capability, robust E/O engagement capability, and a faster missile round, the T38 Stilet system will be much more lethal and survivable than the legacy Gecko systems it replaces.

In Vietnam, the production of Russian large-caliber sniper rifle OSV-96 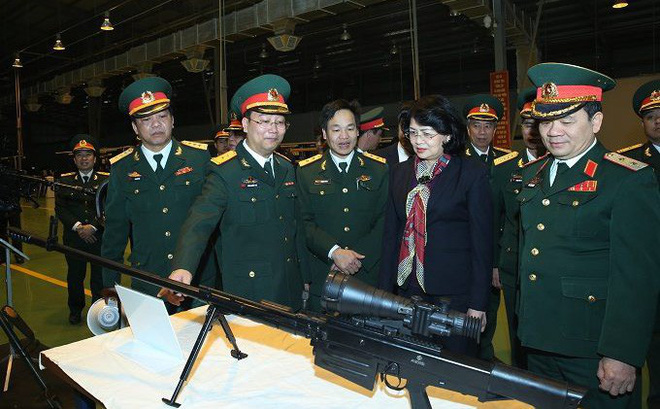 According to the Vietnamese Internet resource Soha.vn, the licensed production of the Russian large-sized sniper rifle OSV-96 "Burglar" has been launched at the Z111 arms factory of the Defense Ministry of Vietnam in Thanh Hoa.

At Z111, in 2014, a modern production line for Israeli automatic rifles Galil ACE 31 (shortened model) and Galil ACE 32 under the license of the Israeli private company Israel Weapon Industries (IWI) was launched. Both samples are produced under the Soviet cartridge 7.62x39 mm and are designed to replace the Kalashnikov assault rifles of the same caliber in the Vietnam People's Army.

The large-sized sniper rifle OSV-96 was developed in the mid-1990s in Tula, in Instrument Design Bureau (KBP), originally known as the B-94. In 1994, an experienced 12.7-mm self-loading sniper rifle V-94 was first introduced in Russia. After minor modernization, this rifle entered service under the designation OSV-96. Currently, the rifle is offered to all interested domestic and foreign buyers.

Modernization of T-54/55 tanks in Vietnam

Modernization of T-54/55 tanks (there are more than 1200 of them) on the armored repair factory Z 153 of the Ministry of Defense of Vietnam. Despite the recent order in Russia 64 new T-90S/SK, upgraded T-54/55 in the short term will form the basis of the armored fleet of the country. The upgrade option under the designation T-54M3 was developed quite a long time ago. The project was carried out jointly with Israel, which supplied the 105 mm M-68 gun to replace the 100 mm D-10T2S gun, meteorological sensors, a modern telescopic sight with an IR channel, additional composite and dynamic reservation packages.

However, later, due to the high cost of the project, the tank gun M-68 had to be abandoned, nevertheless, tanks were equipped with an additional fence minimizing the cumulative effect, and the electronic components of the tank were protected by special modules. Nice upgrade to the T-55 to be honest Vietnam doesn't new heavy mbts. For the type of conflict and terrain T-55 are ideal especially with the upgrades and invest in some bastion missiles. Another useful upgrade is the BTR-T could either use a mixture of either twin 30mm guns, single or twin 57mm, or twin 61-k 37 mm, (the latter two they have in storage) then just mount konkurs or kornet Or shershan. Of course they could easily upgrade zsu-57-2 with addition of anti tank missiles as mentioned and give it a roof.

As for the BTR -152 it's still perfectly capable of being used as an ambulance and why not make use of it. Better than scrapping and buying new. In fact this upgrade looks pretty impressive considering the age of the vehicle and what it was like before. I've always thought that the BTR -50 would be good as a mortar carrier. Of course they could easily convert btr-40b to an ambulance as well
higurashihougi

The T-90S arrived at Vietnam

The photographs published on the page on www.facebook.com of the Vietnamese participant under the nickname "Comrade Commissar" show the delivery of the first batch of T-90S tanks from Russia to Vietnam by sea. In the pictures you can count 32 tanks, unloaded in one of the Vietnamese ports. Apparently, the pictures were taken in the last days of December 2018.

Recall that in the public annual report of JSC Scientific and Production Corporation Uralvagonzavod (UVZ) for 2016, it was reported that in 2017 the company should have started the implementation of a contract with the customer 704 (Vietnam) for the supply of 64 T-90S tanks. 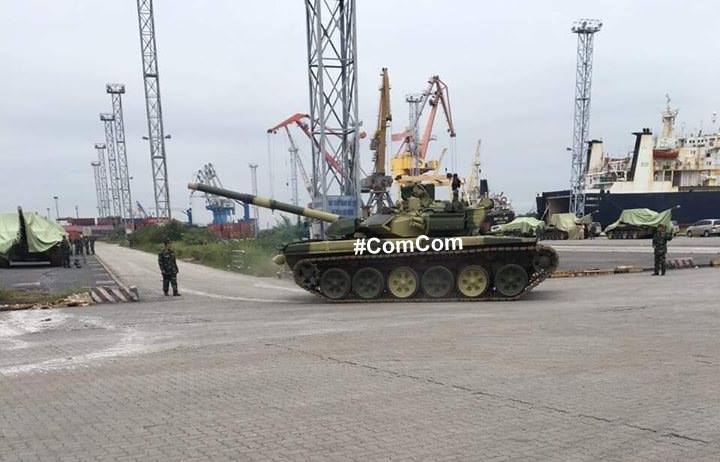 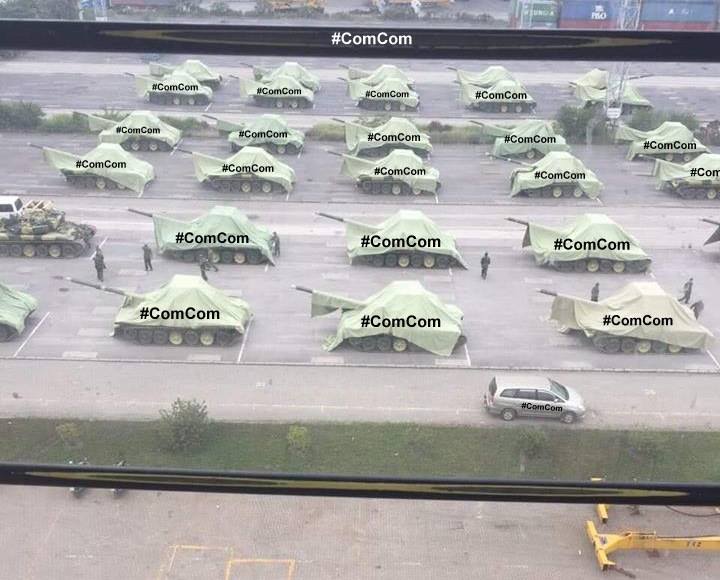 I'd imagine that they might purchase a few more but not a massive number. It actually suits vietnam to have lighter smaller tanks that are not as sophisticated due to terrain and type of warfare. They have over the last few years been upgrading their T -55 and T-62. As for their type 59/62/63 it's unlikely that China will offer them upgrades so it will either come from some other country or homegrown upgrades although I'd imagine that T-90 coming into service they will be reducing the type series tanks. Most of the USA made stuff is on the scrap heap or used as targets. The modernization of ground forces seems to be a low priority for vietnam as it's main threats are air and sea and as they proved in war low tech weapons in this type of warfare is enough. They mostly need a light mobile force and only need heavier armour for urban areas etc.

They could purchase the MMWT an indo-turk medium tank although upgrade the gun to russian 125mm gun to help stream line calibre inventory and add some punch and/or purchase some 2S25 sprut.

Nobody really build's light and medium tanks anymore these are the closest thing. Tank destroyers in the form of ATGW system are also good option with many options available but this is too costly to field in large numbers and certainly on vietnam ground forces budget but a small number would be good even konkurs would be an improvement but they would still need light and medium tanks

Production of TT pistols at the Z111 Arms Factory in Vietnam

An interesting report from the production departments of the Z111 arms factory of the Ministry of Defense of the Socialist Republic of Vietnam. The company produces pistols K-14-VN, which is a copy of the Chinese Type 54, which in turn is a copy of the Soviet Tokarev pistol.

The K14-VN pistol differs from the original in its elongated barrel and magazine with a double row of cartridges. Automation works according to the use of recoil in the short course of the trunk. Locking is done with a declining barrel. Two lugs located on the outer upper side of the barrel in front of the chamber, enter into the corresponding grooves made in the inner surface of the bolt-case. The reduction of the breech breech takes place by means of earrings, pivotally connected with the barrel axis of the earring, and with the frame - axis of the slide delay. The trigger mechanism pistol K14-VN hammer type, single action, with a safety platoon of the trigger. When setting the trigger on the safety platoon, the shutter-casing is also blocked. On the left side of the frame there is a slide delay lever; on the right side there is a split spring of the slide delay, which fixes it and is used to disassemble the weapon. Sights consist of an unregulated front sight, made as part of the shutter-casing and rear sight, secured in a dovetail groove with the possibility of making side corrections. The angle of the handle is 102 °. Latch store, located at the base of the trigger guard, on the left side of the frame. The K14-VN pistol magazine holds 13 rounds when double-rowed in a row. Pistol K14-VN is in service with the Vietnamese army and police.

According to the Vietnamese Internet resource Soha.vn, a mass modernization of Kalashnikov assault rifles in the arsenal of the Vietnam People’s Army has begun at the Z111 arms company of the Ministry of Defense of Vietnam in Thanh Hoa. The modernization of the machine was based on new accessories and types of stocks, and composite materials, plastic and aluminum are also actively used.

The largest arms company in Vietnam, the Z111 factory is known for launching a modern production line for the production of Israeli automatic rifles Galil ACE 31 (shortened model) and Galil ACE 32 under the license of the Israeli private company Israel Weapon Industries (IWI) in 2014. Both samples are produced under the Soviet cartridge 7.62x39 mm and are intended to replace Kalashnikovs of the same caliber in the Vietnam People’s Army.


Vietnamese resources report that in an article published in the local party press in June 2020, the head of the technical department of the armored forces of the Vietnamese People's Army (VNA) Colonel Do Van Diep said that the task of his administration for the period until 2025, in particular, is "to organize training, operation, use, mastering of new samples of armored vehicles (T-90S / SK, T-72MS) ". The text also indicates that two new separate tank brigades (3rd and 4th) are being formed within the VNA, which are to be equipped with new equipment.

If Vietnam's receipt of T-90S / SK tanks is already well known, then this statement by Colonel Do Van Dieppe also indicates that, apparently, Vietnam will also become (or has already become?) A customer in Russia for modernized T-72MS tanks ("Object 184- 1MS "), also known as the" White Eagle ".

Recall that the modernization of T-72B1 tanks from the availability to the T-72MS version for foreign customers is carried out by JSC 61 Armored Repair Plant (Strelna, St. Petersburg).

This version of the modernization of T-72 tanks under the index "Object (product) 184-1MS" was developed within the framework of the ROC "Proryv-2G" in the early 2010s jointly by JSC "VNIITransmash", FGBU "29 KTC" of the Ministry of Defense of Russia and JSC "61 armored repair plant" by order of OJSC "Oboronservice". A prototype of the T-72B1 tank,demonstrated in June 2012 at the Second International Forum "Technologies in Mechanical Engineering-2012" held in Zhukovsky. receiving the nickname "White Eagle" for its unusual white color. In 2015, JSC Rosoboronexport signed the first contract for the supply of 50 T-72MS tanks to Nicaragua, where they were delivered in 2016-2017. In 2018-2019, the delivery of T-72MS tanks to Laos was carried out , and since the end of October 2020, 30 T-72MS tanks have been transferred by the Russian side to Serbia.

Interesting new video of practical exercises on camouflage of soldiers of the army special forces Da Kong of the Vietnamese People's Army.

Training of T-90S tank crews of the 201st Tank Brigade of the Vietnamese People's Army for Tank Biathlon - 2021. Let me remind you that on April 22, 2021, the All-Army Competition "Excellent Tank Crew" started in Vietnam, in which 15 teams from armored units of the ground forces and marines of the Vietnamese People's Army take part. The competition uses the entire range of armored vehicles in service with the Vietnamese army, from the PT-76 amphibious tanks to the T-90S | CK main battle tanks. It is also reported that a new stage has been introduced into the conditions of the Excellent Tank Crew competition - rescuing the crew of a damaged tank and providing first aid. Three crews that won prizes in the competition will be sent to Russia to participate in Tank Biathlon-2021. 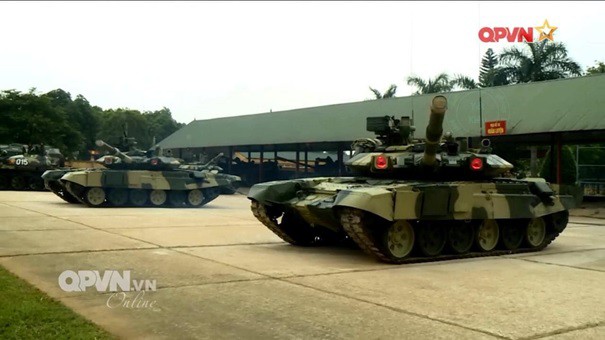 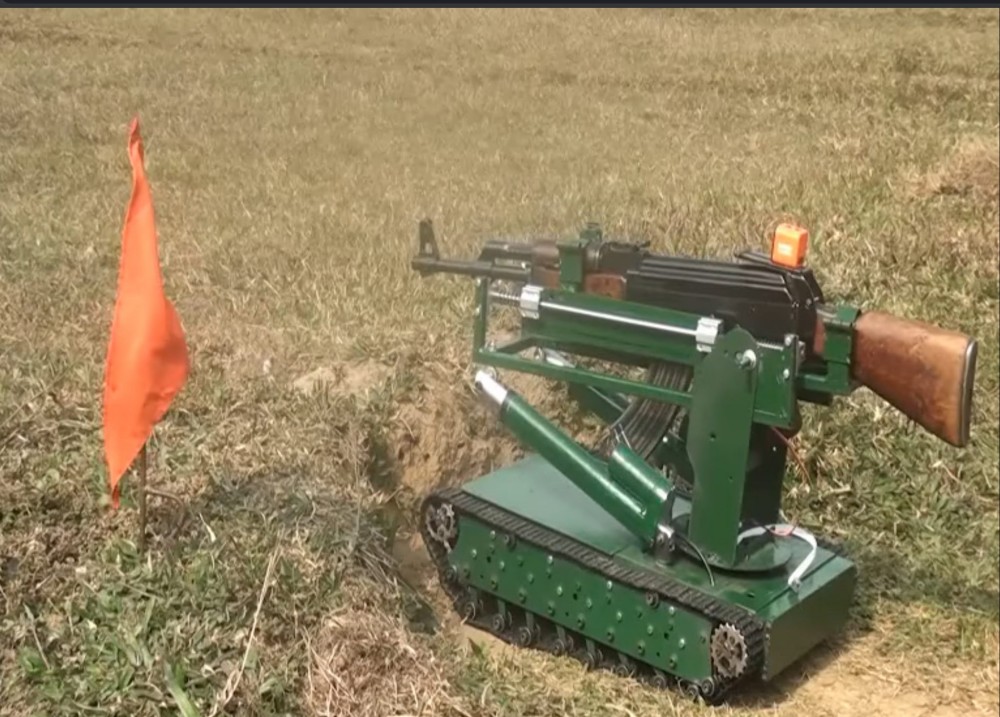 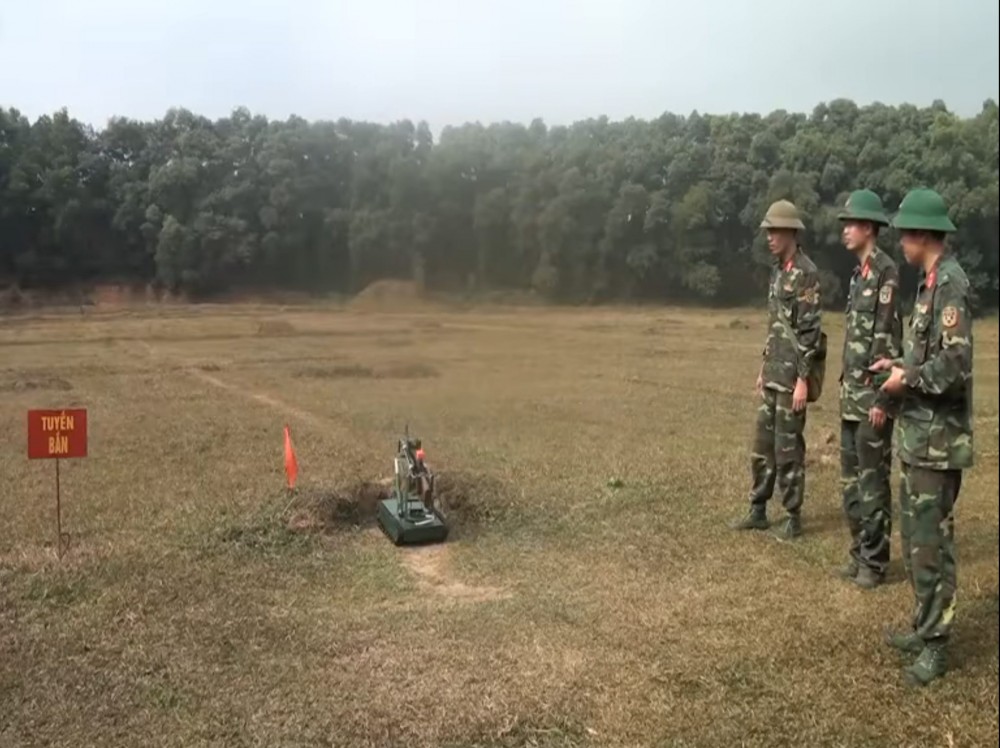 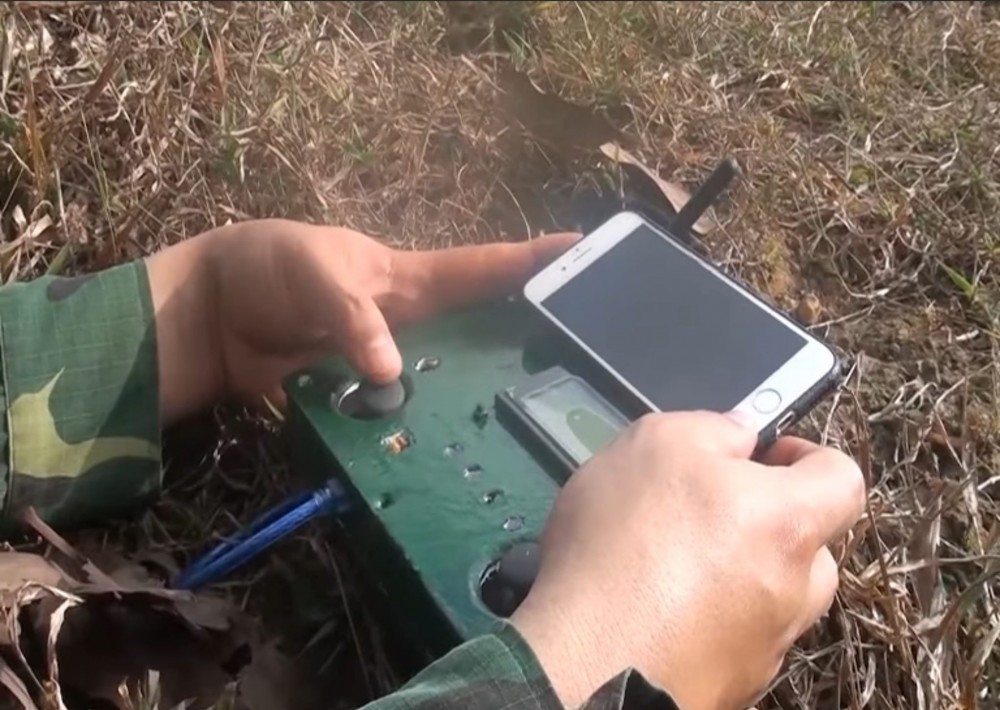 Vietnamese military engineers are completing work at the TB2 training ground designed to prepare crews for the 2021 Army Games international competition, which is to be held from August 22 to September 4.