According to Jane's Defense Weekly magazine in an Alan Warnes article "Pakistan Air Force to receive first 12 JF-17B combat aircraft in near future", the Pakistan Air Force ordered a total supply of 26 JF-17B training fighters, which are a two-seat version of the joint Pakistan fighter - Chinese-made JF-17 (FC-1) Thunder. At the same time, the first 12 JF-17B aircraft, according to the statement of the representative of the Pakistan Air Force, should be transferred to the Air Force "in the near future", and the delivery of all 26 aircraft should be completed by the end of 2021. 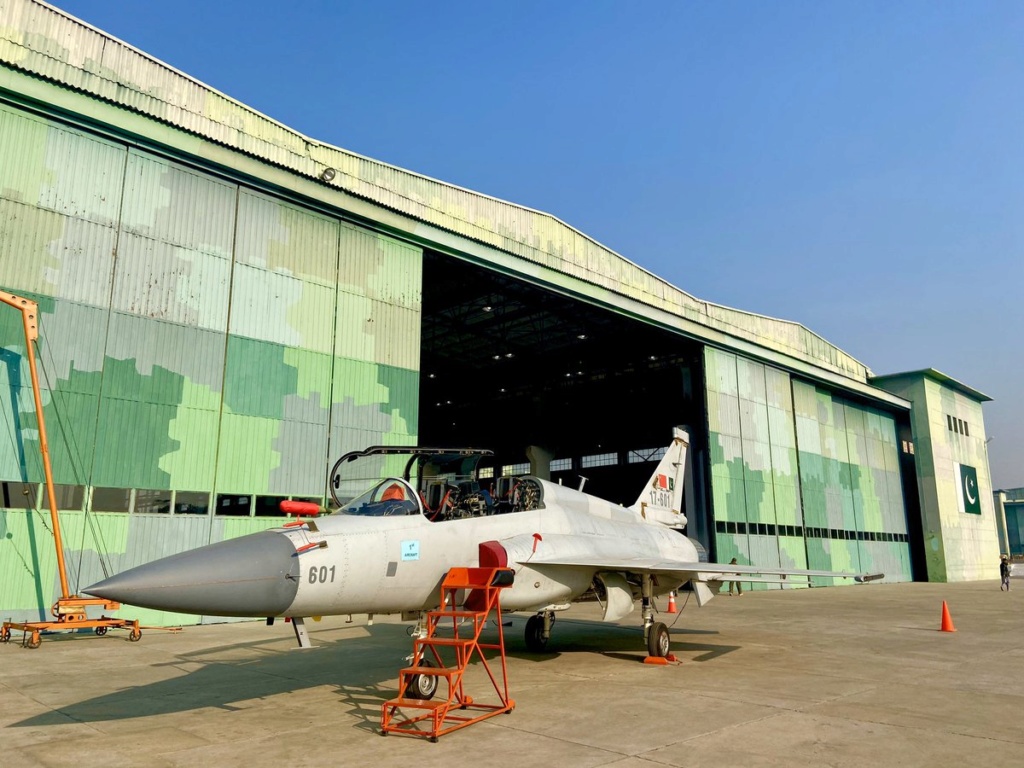 
Of the 12 JF-17B aircraft being prepared for the transfer of the Pakistan Air Force, four were manufactured at the Chengdu Aircraft Industries Company (Group) Chinese aircraft manufacturing company (CAC, part of the Chinese state-owned corporation AVIC) in Chengdu, and the remaining eight were assembled in 2019 at the Pakistan Aeronautical Complex (PAC) in Pakistan at Kamra. A public presentation of the first few Pakistani-made JF-17Bs took place at the RAS in Kamra in December 2019. JF-17B aircraft belong to the Block 2 series.

A prototype “twin” JF-17B was built by the Chinese SAS in Chengdu and made its first flight there in April 2017, after which it was transferred to the Pakistan Air Force for testing. CAC also built in 2019 at least the first two production JF-17Bs for delivery to Myanmar.

Recall that the JF-17 (FC-1) fighter was created as part of a joint Sino-Pakistani program carried out by the Chinese aircraft manufacturing company Chengdu Aircraft Industries Company (Group) (CAC) in Chengdu and Pakistani Pakistan Aeronautical Complex (PAC). Pakistan initially received six flight prototypes and eight pre-production JF-17 fighters (from 2006-2008), which were all assembled by the Chinese CAC in Chengdu.

From 2009 to 2019, the PAC in Kamra assembled for the Pakistani Air Force 42 serial JF-17 Block 1 fighters and 64 modified JF-17 Block 2 fighters. In addition, the first export contract for the supply of 16 JF-17M fighters (Chinese-made) is being implemented from 2018 onwards. , including several two-seaters) of the Myanmar Air Force, and in 2017 at least three JF-17 Block 2 aircraft were ordered by Nigeria (manufactured by the RAS in Camra).

On December 15, 2019 in Chengdu, flight tests of the prototype of the upgraded JF-17 Block 3 fighter built by the CAC were launched.

From the very beginning, all experimental and production JF-17 (FC-1) aircraft built both in China and Pakistan are equipped with Russian RD-93 engines. In 2007 and 2010, Rosoboronexport JSC entered into contracts for the supply to China of a total of 250 RD-93 engines (with an option for another 400) with the right to re-export them to Pakistan. 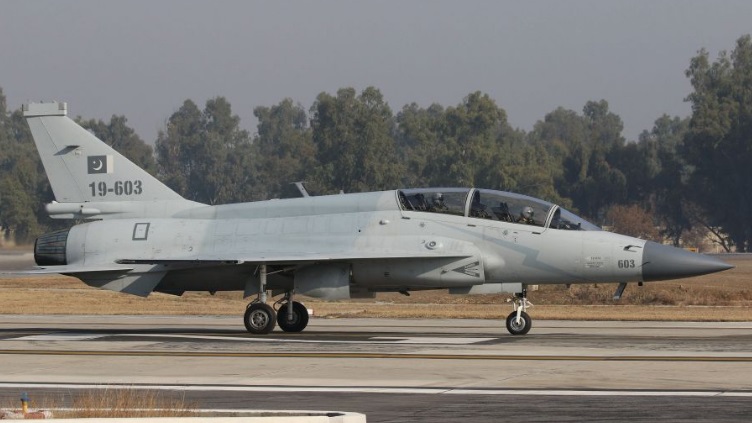 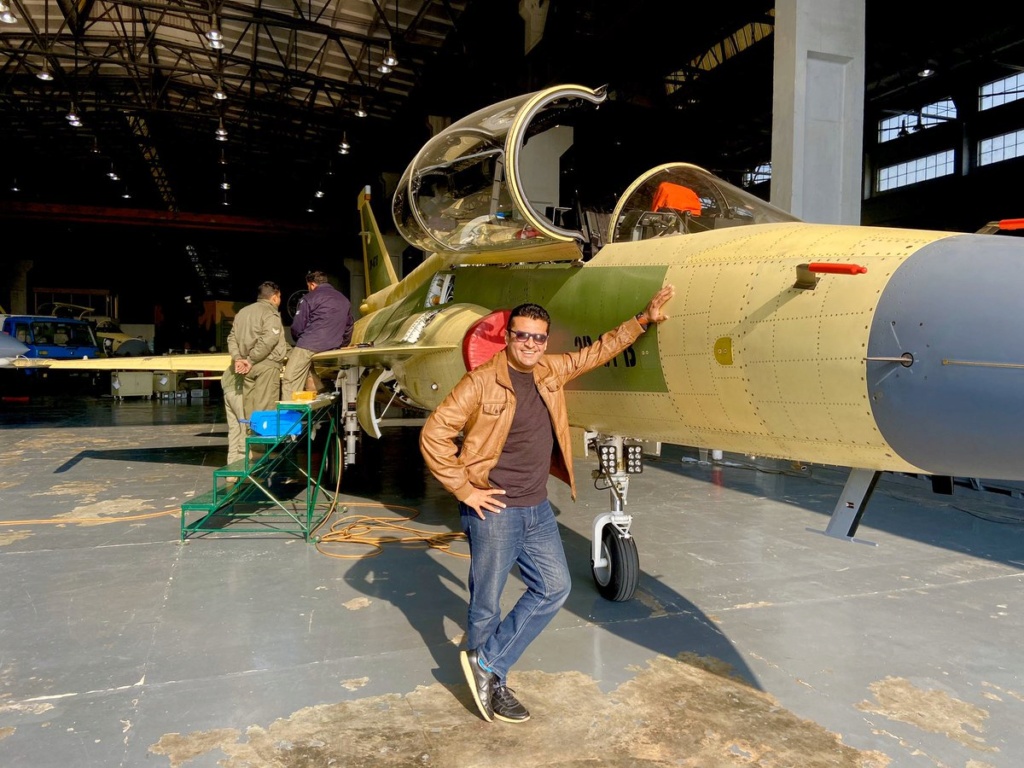 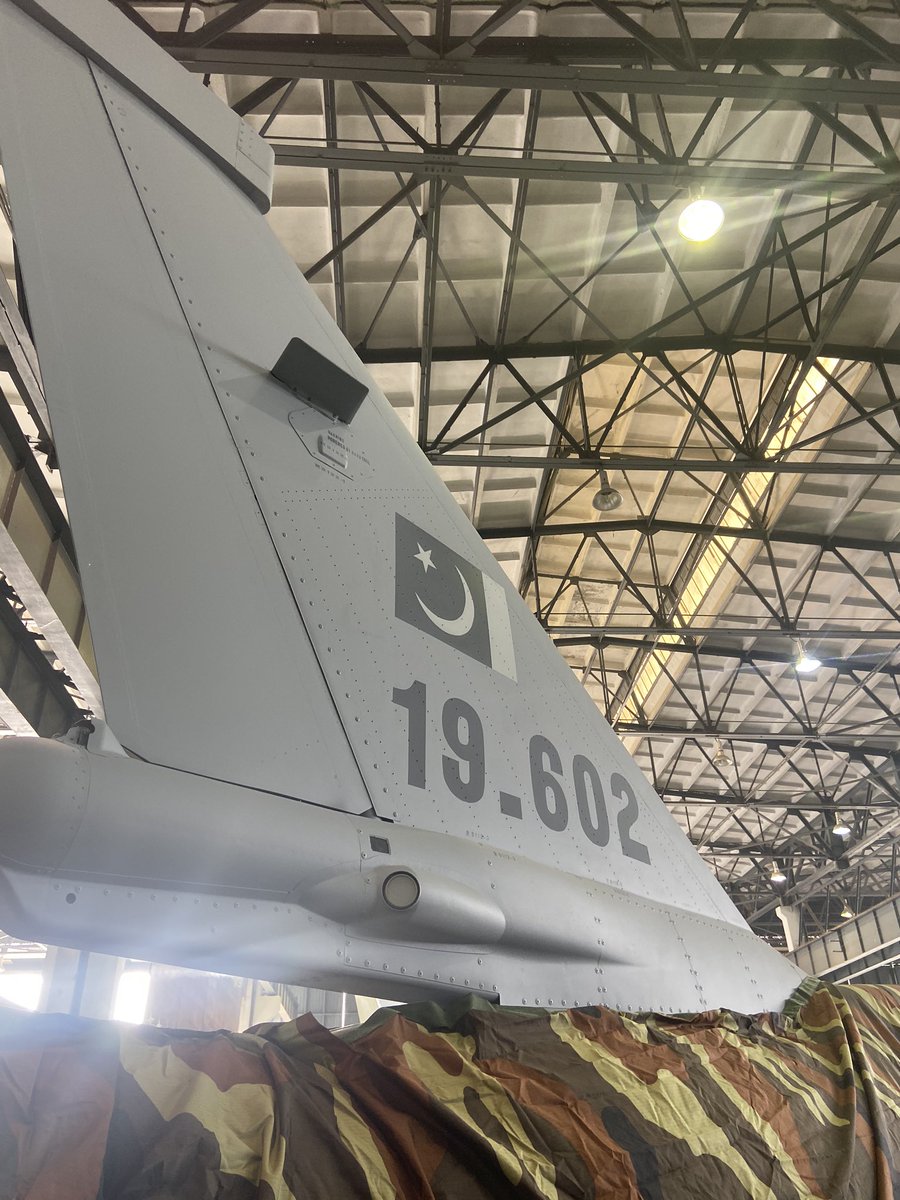 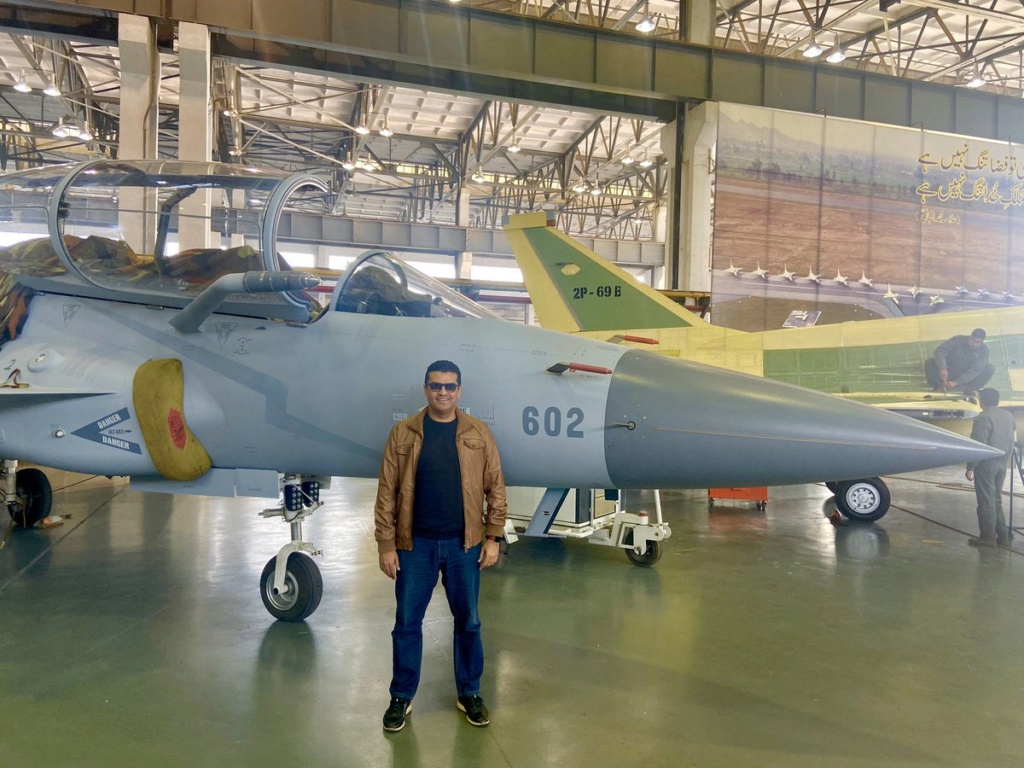 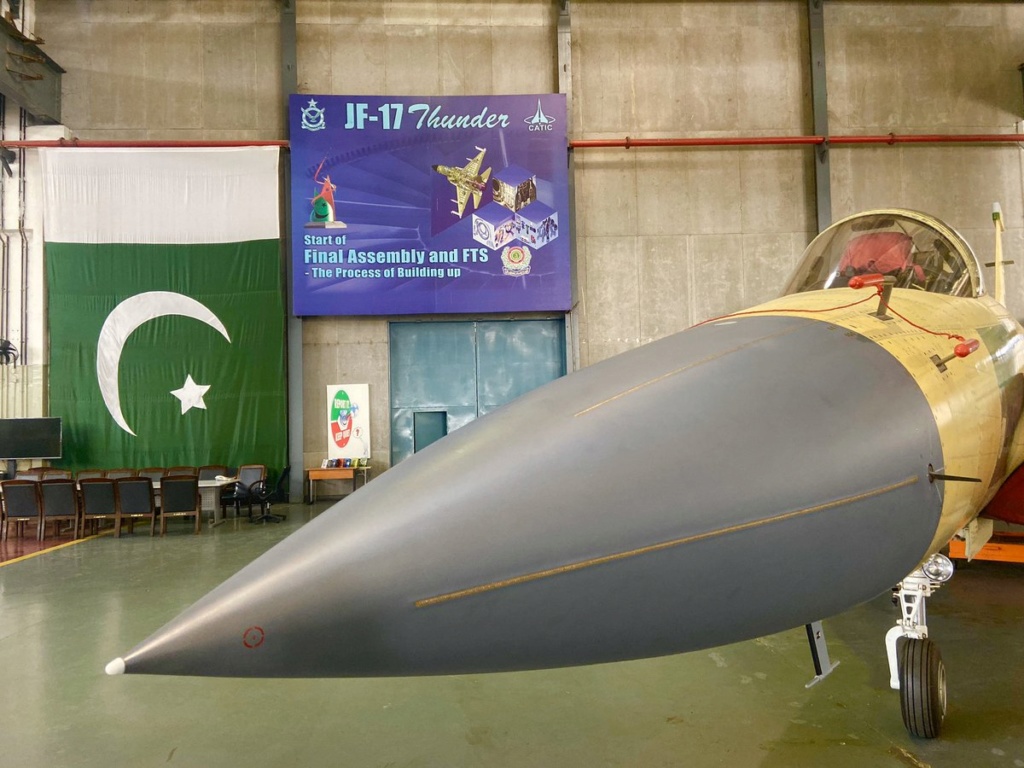 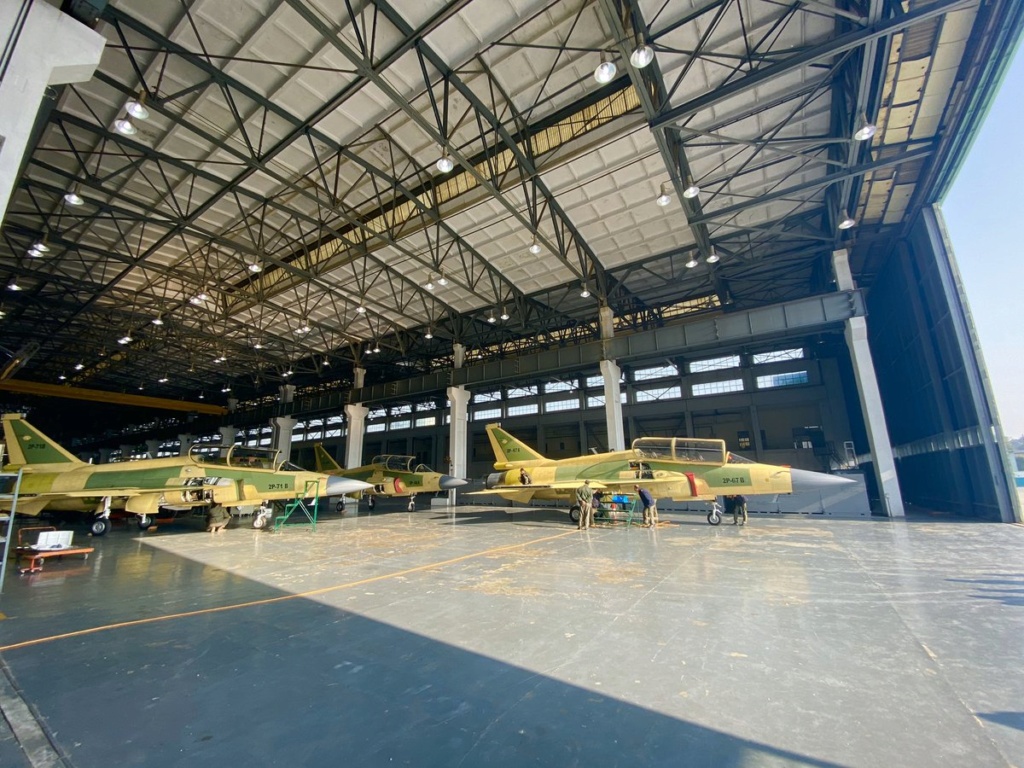 On December 30, 2020, at the Pakistani aircraft manufacturing enterprise Pakistan Aeronautical Complex (PAC) in Kamra, in the presence of the Chief of Staff (Commander) of the Pakistani Air Force, Air Chief Marshal Mujahid Anwar Khan, a ceremony was held for the transfer of 14 JF-17B two-seat combat training fighters built there to the Pakistani Air Force. , which marked the end of the contract for the supply of 26 double JF-17Bs. At the same time, a ceremony was held for the start of serial production at the RAS for the Pakistan Air Force of a new modification of the JF-17 Thunder Block III single-seat fighter. Pakistan Air Force handover ceremony 14 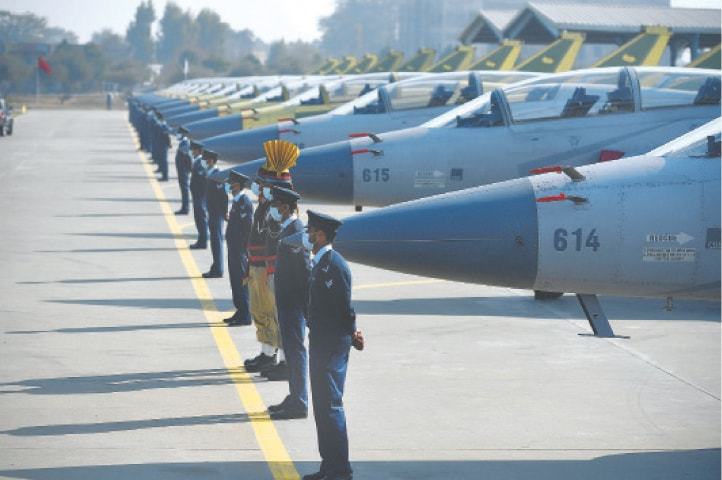 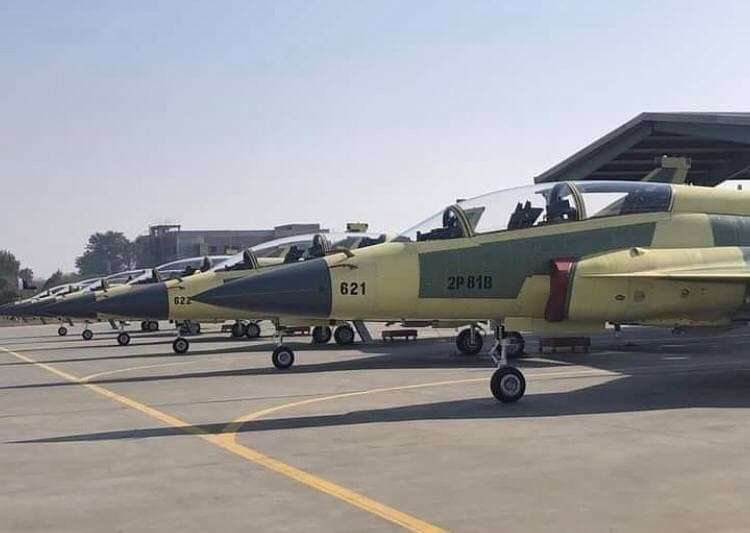