Inside view of an upgraded Pr. 877 Sub ("Komsomolsk na Amur")....looks like a fairly substantial modernisation
.
GarryB

Who knows what they are... they might be power, they might be fuel or water or any manner of other things... the fact is that it seems doing it this way they can free up space to lay down another sub so that is a good thing isn't it?

I mean if they can finish it on the water and get a head start on another sub that is a good thing isn't it?
chinggis

hoom wrote:1st for Pacific fitting out (2nd Lada behind)

More or less nothing special when you have a large works and many people on board, this is normal situation, one of this strange reason, is security of workers.
You have one distribution cabinet and from them you lead all cables what you need for work parties inside ship. Every cable have own fuse so if one cable is "shortened" only this fuse will be blown, all other will work. Lights, and ventilation will have its own cables from different distribution board, this is important if you are working in closed space, where is limited possibility for rapid abandonment that space, light and air circulation is life important and everything else too. Really nothing strange in shipyards or any other factory what is under refurbishments.
hoom

Hmm, I guess that makes sense.
I'd have expected minimal cables across the water gap with distribution cabinet on-board

Not just lighting... you need air circulating especially if you are putting down vinyl or using various types of glues and resins, or indeed if you are using a gas torch for cutting or doing some last minute wielding... working ventilation is critical... hell... even if you are just putting on a new coat of paint on everything...
hoom

Wow maybe they're going to finally make some progress on Alrosa

hoom wrote:Wow maybe they're going to finally make some progress on Alrosa

Its not the pump-jet thats the problem though.
And there are pump-jets on Boreis.
PapaDragon

hoom wrote:Its not the pump-jet thats the problem though.
And there are pump-jets on Boreis.

I was talking about these small pump-jets on Kilos, I know about Boreis
hoom 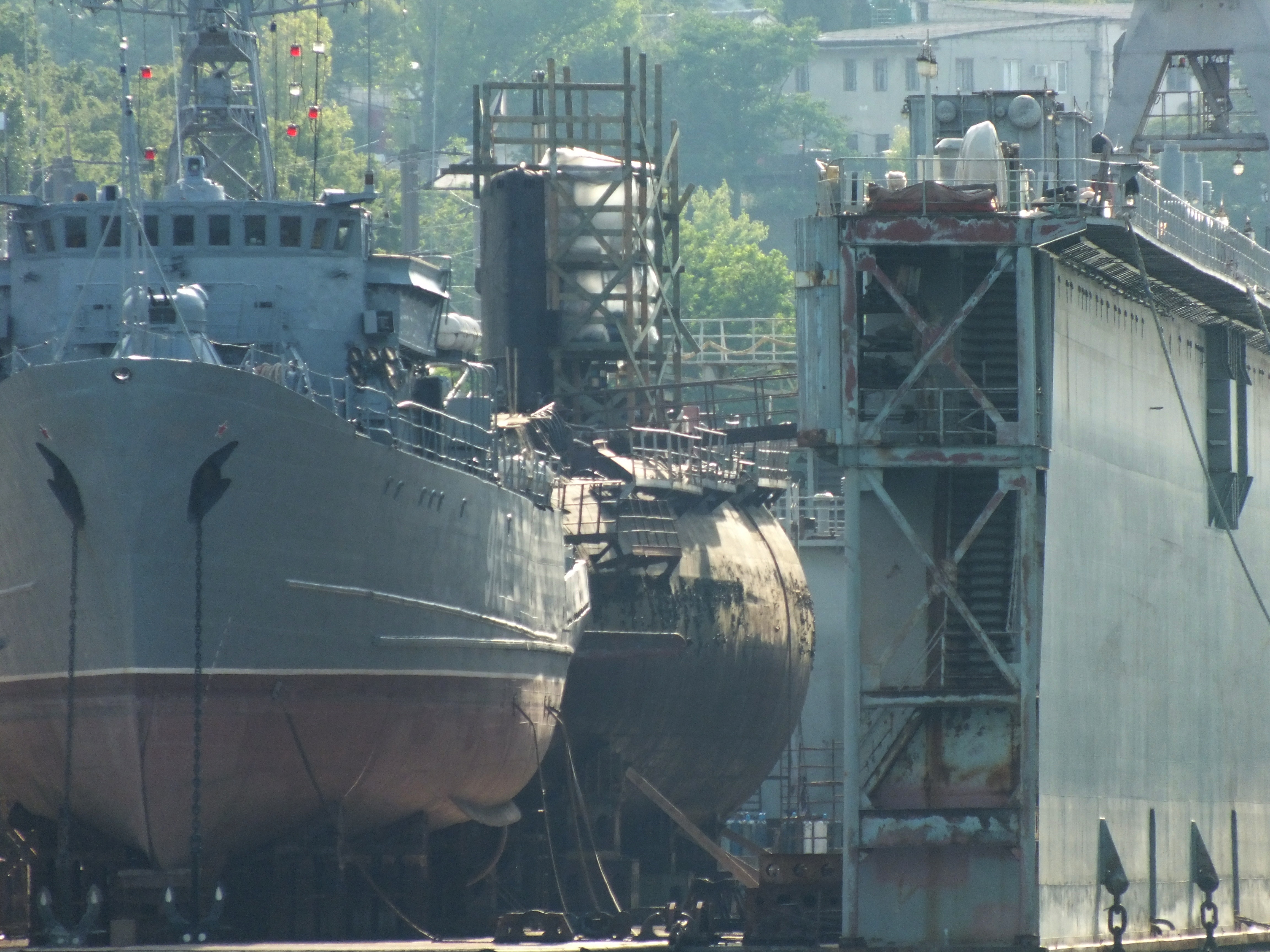 Well a standard full upgrade to a new kilo level might take some time as she was only a test boat for the pumpjet wasn't she?

Or was she used to test a variety of new systems?

They might have an improve pumpjet design to test perhaps and that is why she is out of the water... this could be the Red October with the caterpillar drive... from the movie... I doubt they would want to defect to the US these days... 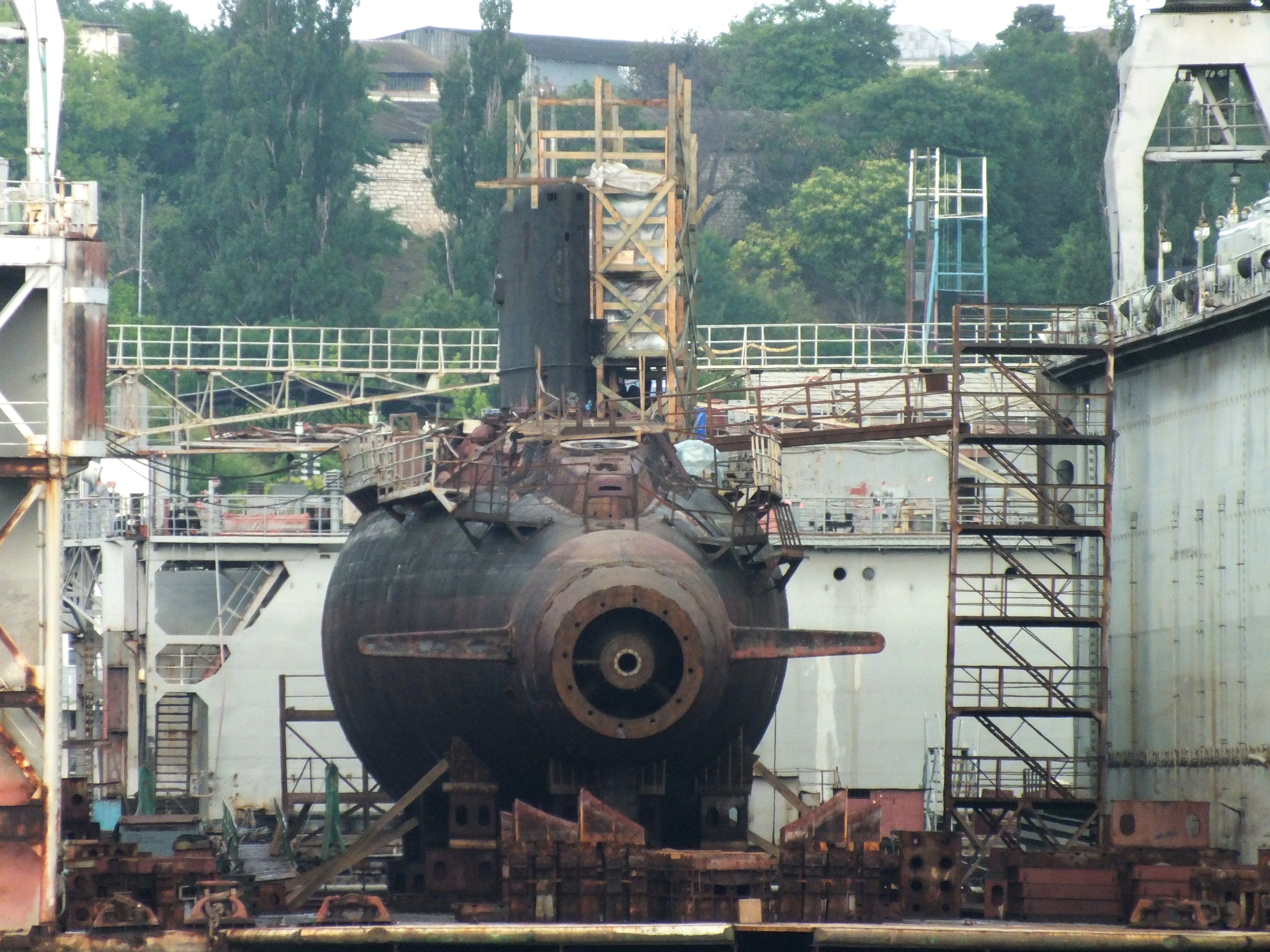 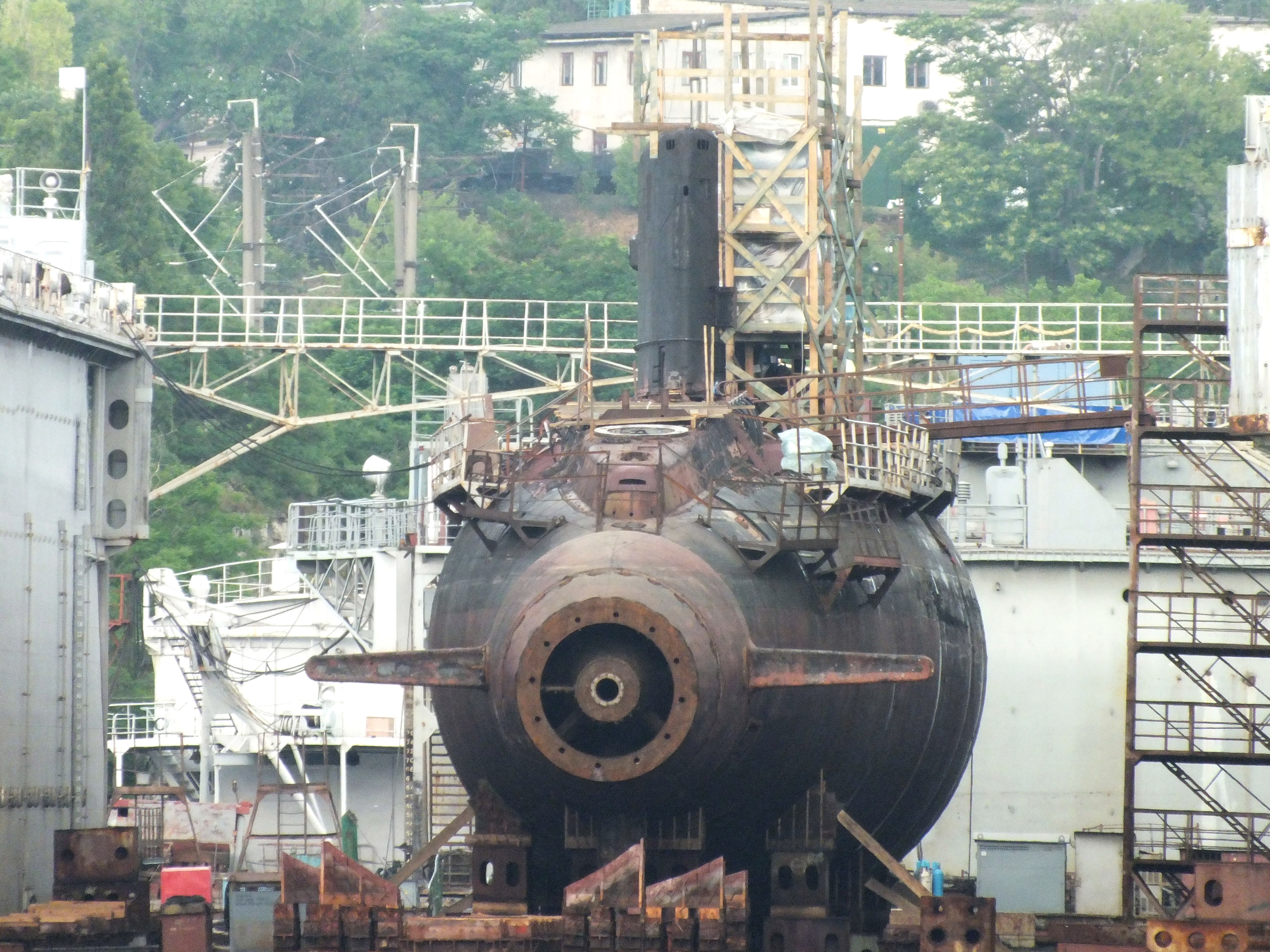 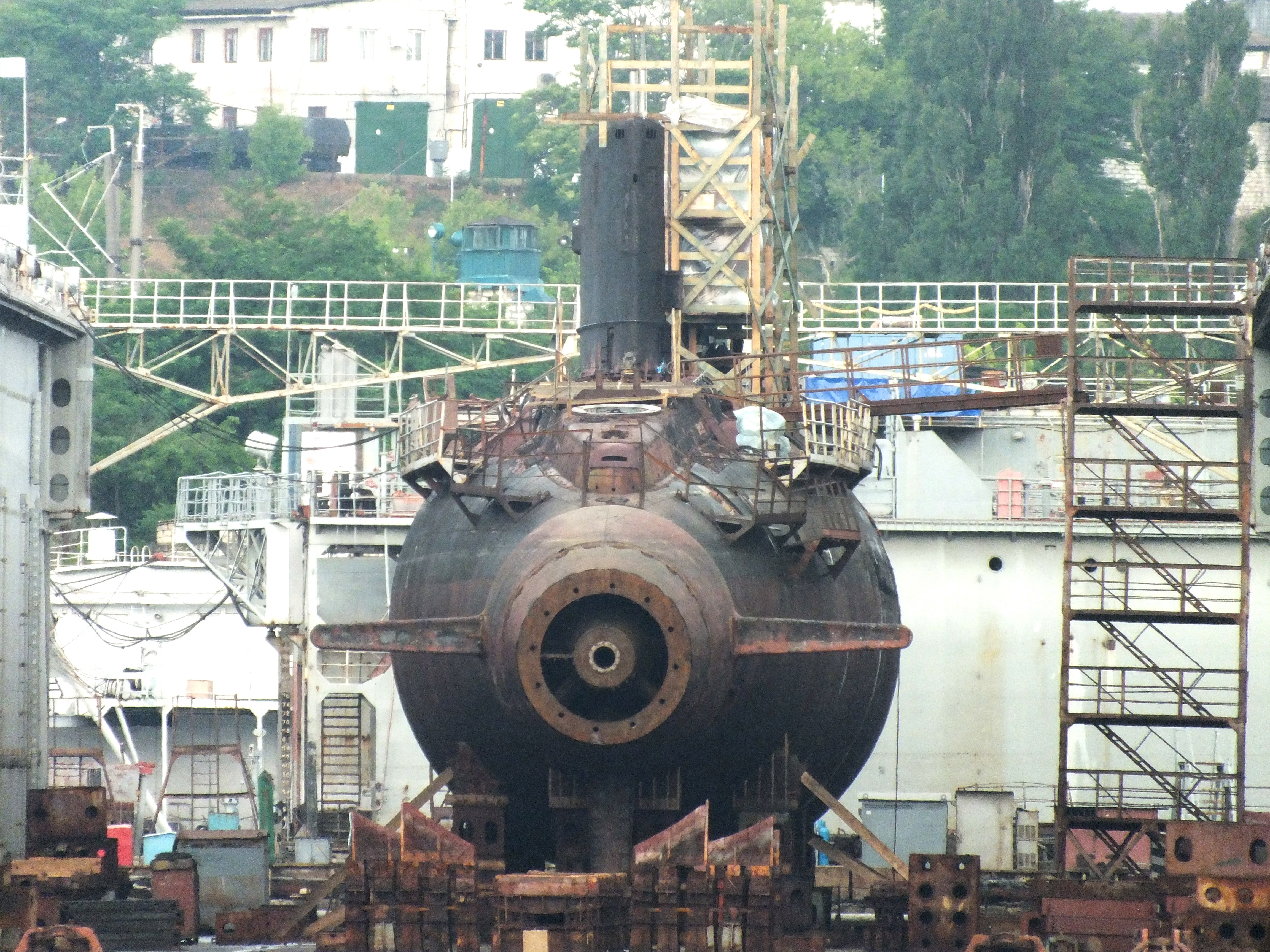 Loooots of work to do on it.
runaway

I was just thinking, both Ladas will be assigned to BF when they are finished. Maybe the fault with this class is limited diving depth?
It is their first monohull class after all. And the baltic sea is very shallow, except for a deephole of 400m at Landsort.
So maybe Ladas is a great sub cept depth, and is perfect for the BF.
GarryB

It was stated that the first boat tested came up short of expectations and that corrections were made to the laid down models to correct problems... this suggests to me that any problems are fixable and would likely be corrected during overhauls.

The Lada class introduced a new generation of systems across the board so I suspect some of the problems were integration and new technologies not being mature yet... and the only real fix for that is experience and testing and improvements over time in design and manufacture and of course tactics and use.
George1

Soooo they need to upgrade their conventional Kilo class upgraded upgrades with an AIP in the form of a nuclear reactor, anti-torps that don't work and side-looking towed arrays to not-detect stuff behind them, some form of AA to shoot down the planes that always know exactly where they are & besides the subs will probably just run into mines This is the Project 636.3 first diesel-electric submarine built for the Pacific Fleet

"During the shipbuilders’ sea trials, some of the submarine Petropavlovsk-Kamchatsky’s shipboard systems will be checked, including communications and hydro-acoustics," the naval officer said.

Before the submarine took to the sea, Russian Navy Commander-in-Chief Admiral Nikolai Yevmenov heard the reports by the chiefs of Naval Main Command’s departments about the sub crew’s preparedness for the shipbuilders’ trials, the spokesman stated.

"The Pacific Fleet is receiving Project 636.3 new diesel-electric submarines under the program of actively renewing the conventional component of the Russian Navy’s subsurface force. The series of Project 636.3 diesel-electric submarines built for the Black Sea Fleet has shown its effectiveness and reliability in practice," the spokesman quoted Navy Chief Yevmenov as saying.

Russian Deputy Defense Minister Alexei Krivoruchko earlier reported that the Navy would get the submarine Petropavlovsk-Kamchatsky in the fourth quarter of this year.

This is the Project 636.3 first diesel-electric submarine built for the Pacific Fleet. It was floated out at the Admiralty Shipyard in St. Petersburg on March 28.

The Project 636.3 (‘Varshavyanka’) is referred to the third generation of diesel-electric submarines. The submarines of this type have been designed by the Rubin Central Design Bureau. They can develop a speed of up to 20 knots, have sea endurance of 45 days and a crew of 52 men. They can dive to a depth of about 300 meters. The submarines of this class displace over 2,000 tonnes in their surface position and about 4,000 tonnes under the water. Varshavyanka-class subs are armed with Kalibr cruise missiles. 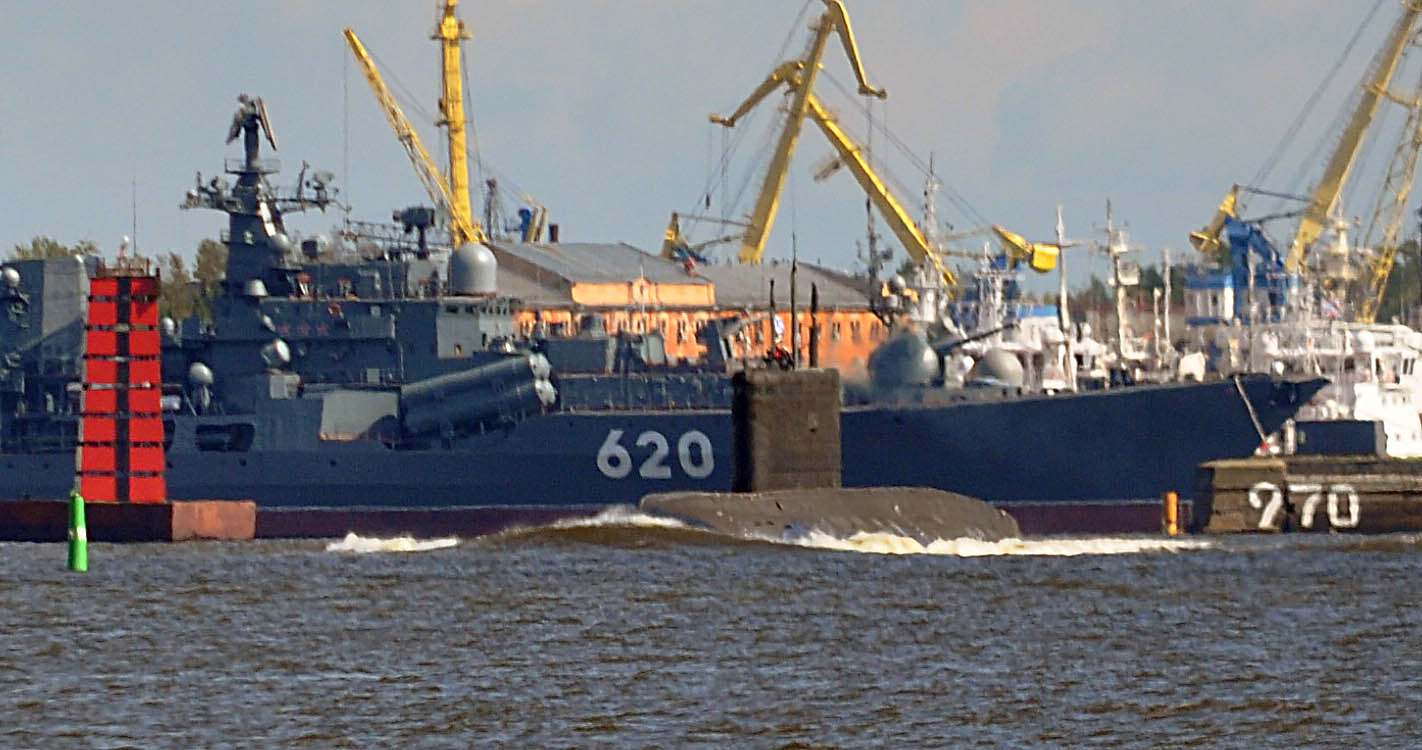 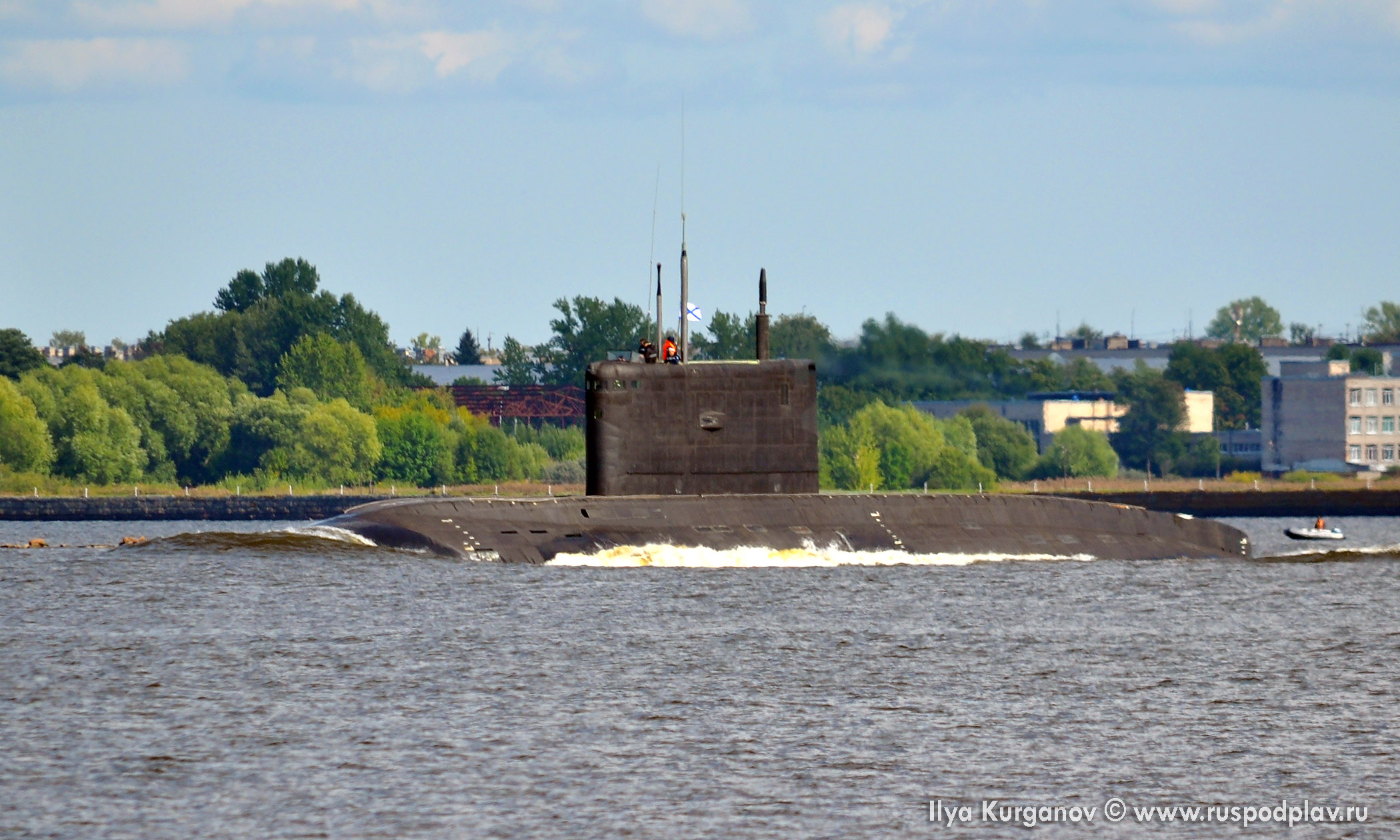 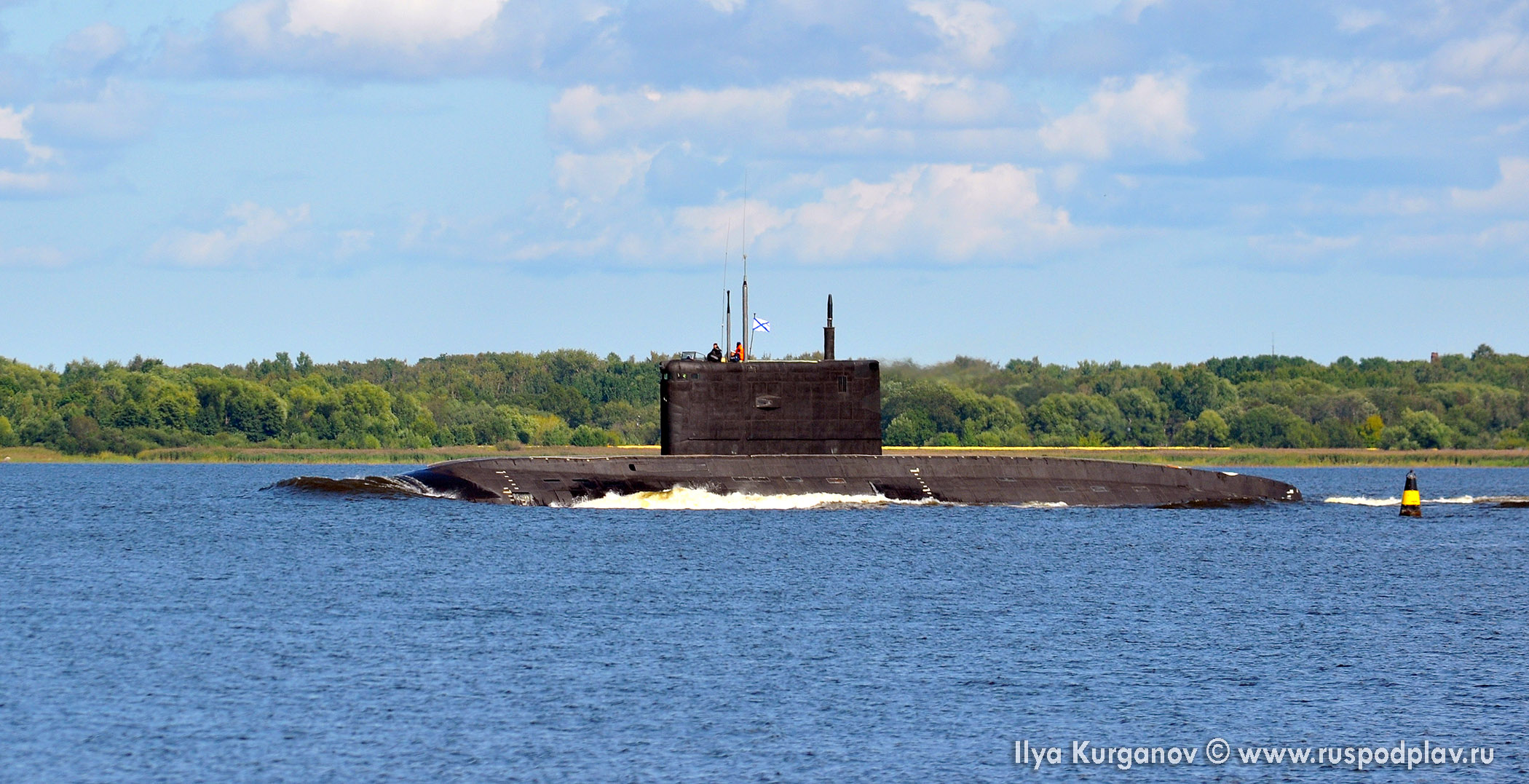 On the part of bmpd, we recall that the contract for the construction of a series of six submarines of project 06363 for the Pacific Fleet of the Russian Navy between the Russian Ministry of Defense and JSC Admiralty Shipyards (part of United Shipbuilding Corporation - USC) was signed on September 7, 2016 in the framework of the International military-technical forum "Army-2016". Under the terms of the contract, the first ship should be handed over to the customer by November 25, 2019, the construction of the entire series is planned to be completed in 2022.

Earlier, the Admiralty Shipyards under the contracts of 2010 and 2011 built six submarines of project 06363 for the Black Sea Fleet, delivered to the Russian Navy in 2014-2016. Project 06363 was developed by JSC Central Design Bureau MT Rubin (St. Petersburg) and is a modernization of projects 877 and 636.

The official laying of the third and fourth submarines "Magadan" and "Ufa" (serial numbers, respectively, 01616 and 01617) under this contract was planned for 2019, although in fact they are already being built. It is also known that the fifth submarine will be called Mozhaisk, the name of the sixth planned for the construction of the boat has not yet been reported.

Nice vid Hoom, fairly minimal smoke from the diesel engines... you could really only see it from close up...
hoom 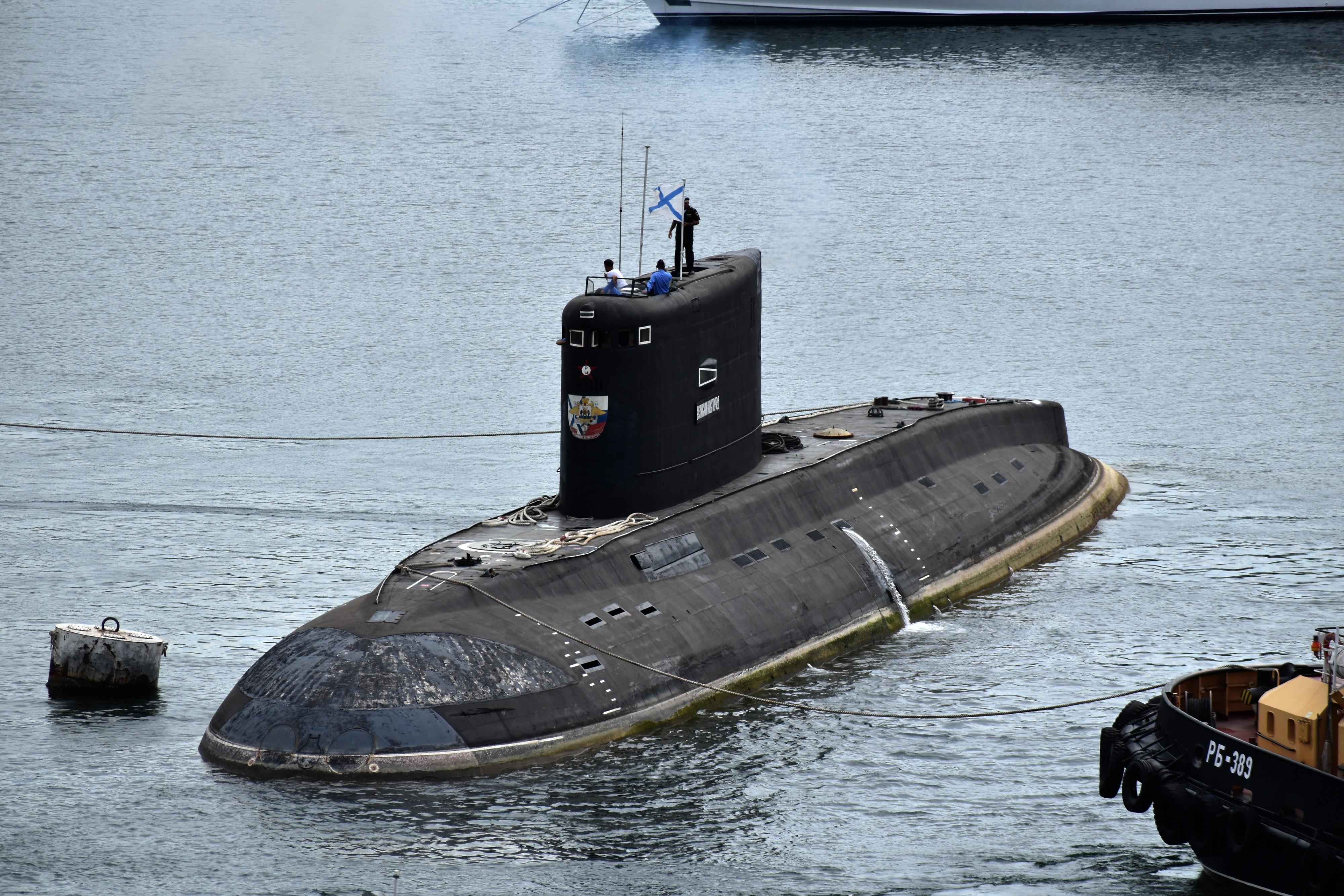 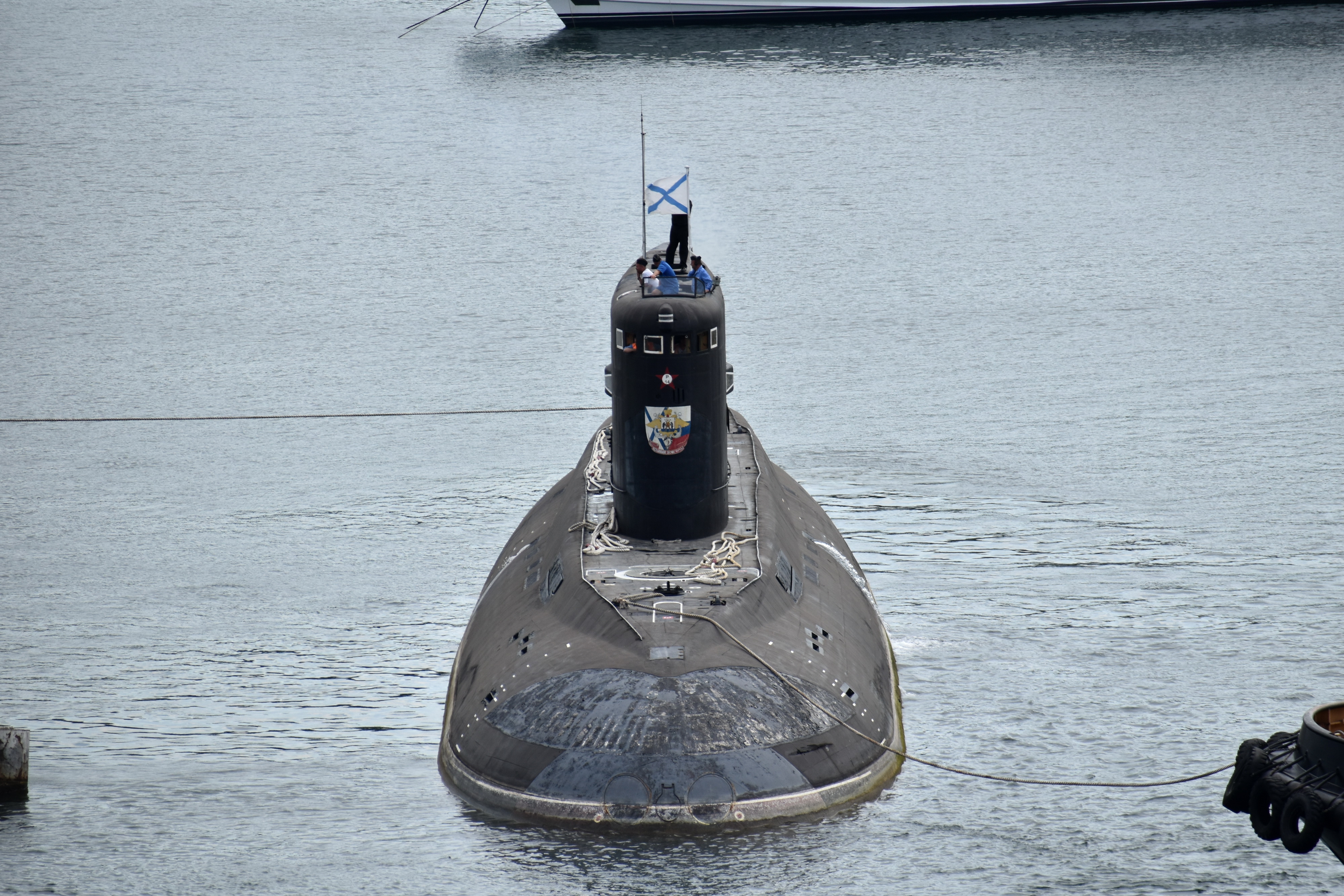 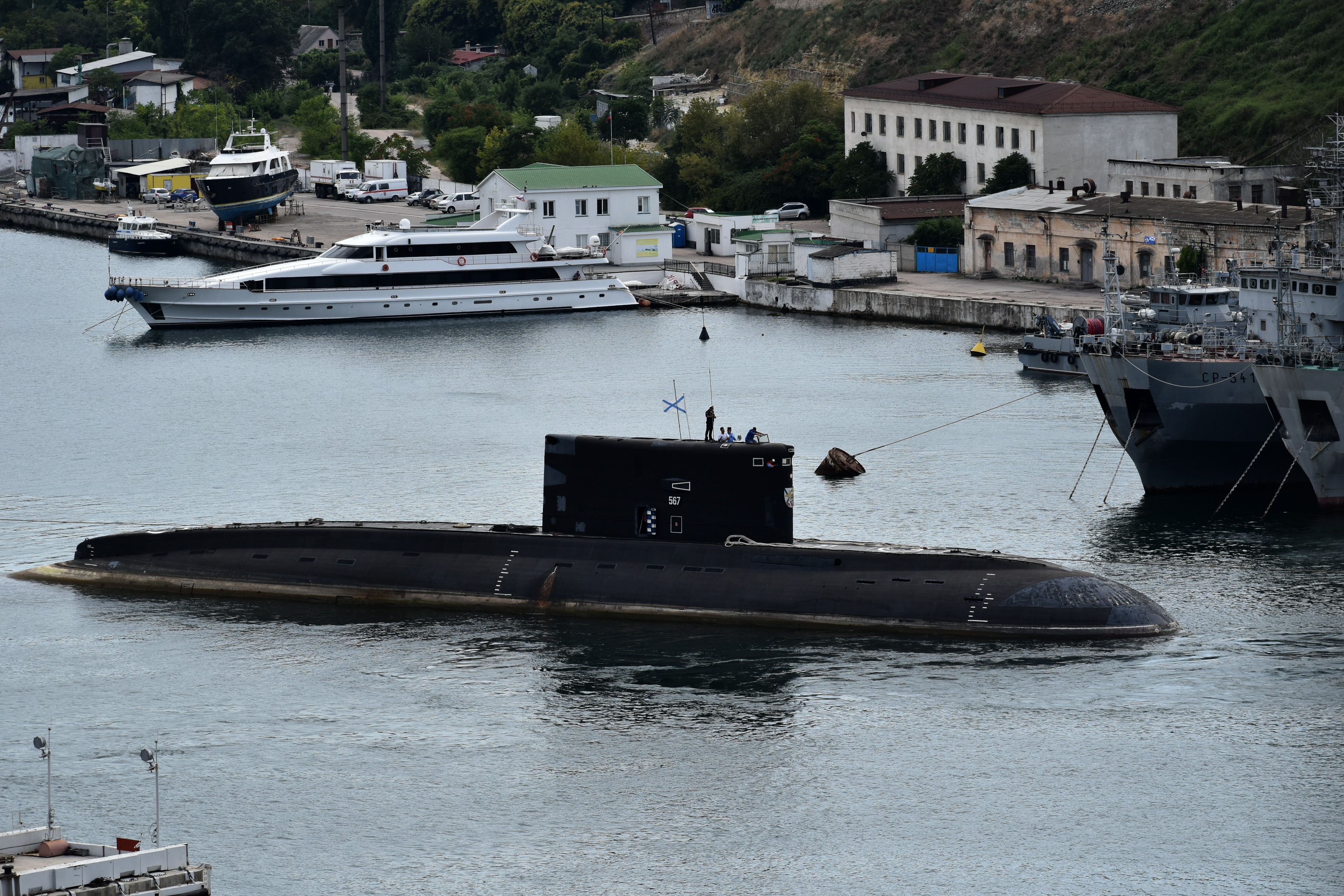 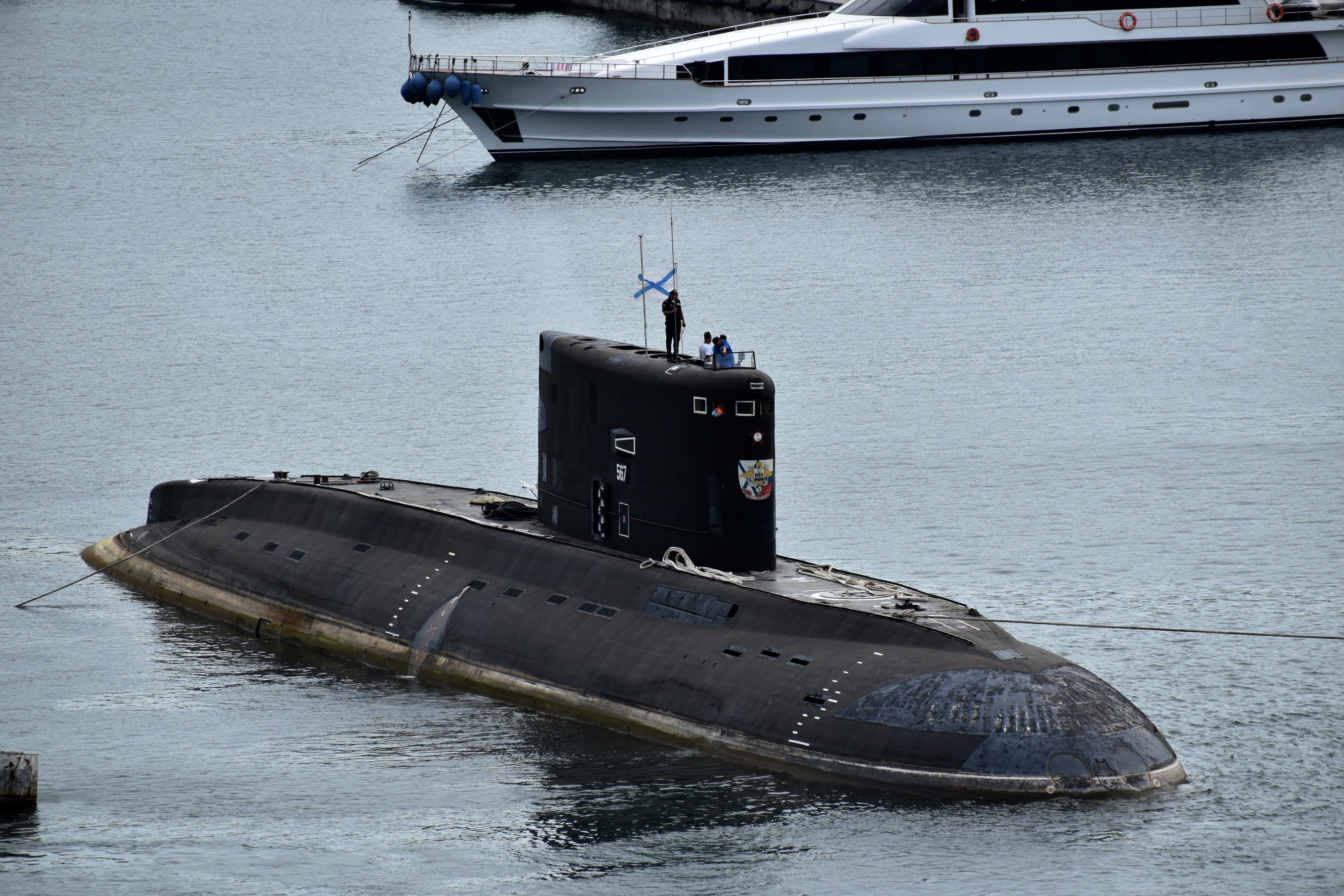 And this was it in March so its a recent change 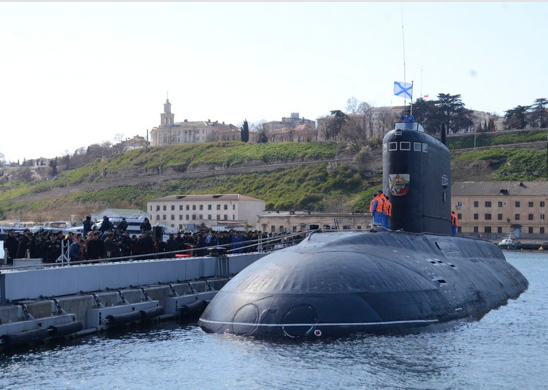 Why might it be floating so stern-high? Kilos normally float stern-down.
Isos

Imprived kilo might have a pump jet secondary propulsion. Not confirmed however. It would be used for ultra quite operation at very low speed. 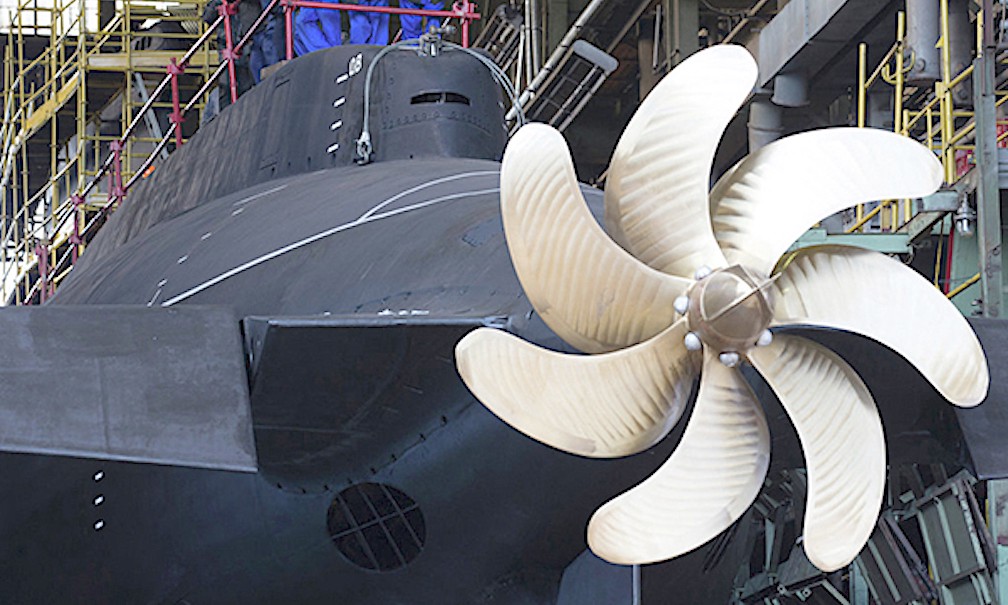 Isos wrote:Imprived kilo might have a pump jet secondary propulsion. Not confirmed however. It would be used for ultra quite operation at very low speed.