The corvettes that are the subject of this thread would have gotten an armament in Soviet times of a single 76mm gun and probably either two 30mm gatling turrets or perhaps a single turret and an SA-N-4 naval OSA equivalent and perhaps 4-6 large anti ship missiles like SS-N-22 Moskit.

Fitting a 100mm gun would have been out of the question because of the weight of the 100mm guns.

The Corvettes being made now will be fitted with 100mm guns that weigh about the same as the old 76mm gun but with a much heavier shell fired over much greater range, plus much more heavily armed in terms of other weapons and choices.

For instance the single UKSK launcher will allow it to carry 8 Onyx supersonic anti ship missiles, but could just as easily carry anti submarine missiles that deliver torpedoes to targets 40km away at mach 2.5, or land attack cruise missiles able to hit targets 2,500km away or any combination of these weapons.

They have developed new light weight 100mm and 130mm guns that are the weight of 76mm and 100mm guns respectively.

The new 152mm gun was developed with the Army and in the army it is entering service as the Koalition. It has an effective range of about 70km and has Glonass/laser guidance to allow precision targeting.
TR1

Great photos of the frigates on patrol! You can see the combat information center.

Great photos of the frigates on patrol! You can see the combat information center.

The contract with Aur over 20380 construction had DOUBLE the price the MOD is paying for one ship. The first ship was for 6.5 billion rubles, now the contract is for 13 billion rubles.
Yes, you heard that right. For that sort of money Amur better turn into a magic yard.

Amur Shipyard has been totally ruined during past 20 years. MOD knows it very well and is actually rebuilding the shipyard(infrastructure and staff recruiting and training, etc).
BTW I would rather pay 400M dollars for a 20381 instead of a 11356M...
sepheronx

The contract with Aur over 20380 construction had DOUBLE the price the MOD is paying for one ship. The first ship was for 6.5 billion rubles, now the contract is for 13 billion rubles.
Yes, you heard that right. For that sort of money Amur better turn into a magic yard.

Well, if it comes with restructuring the facility, modernize it, and training staff, then I have to say it will be money well spent. If not, then wow.
Austin

Looking at the way SY rips of money from  MOD ......I am quite certain they wont be able to meet Navy SAP 2020 needs within alloted money ...... not to mentioned the economy problem does not help either.

Generally for production batches the cost is lower over lead ship but here is exactly the opposite.
TR1 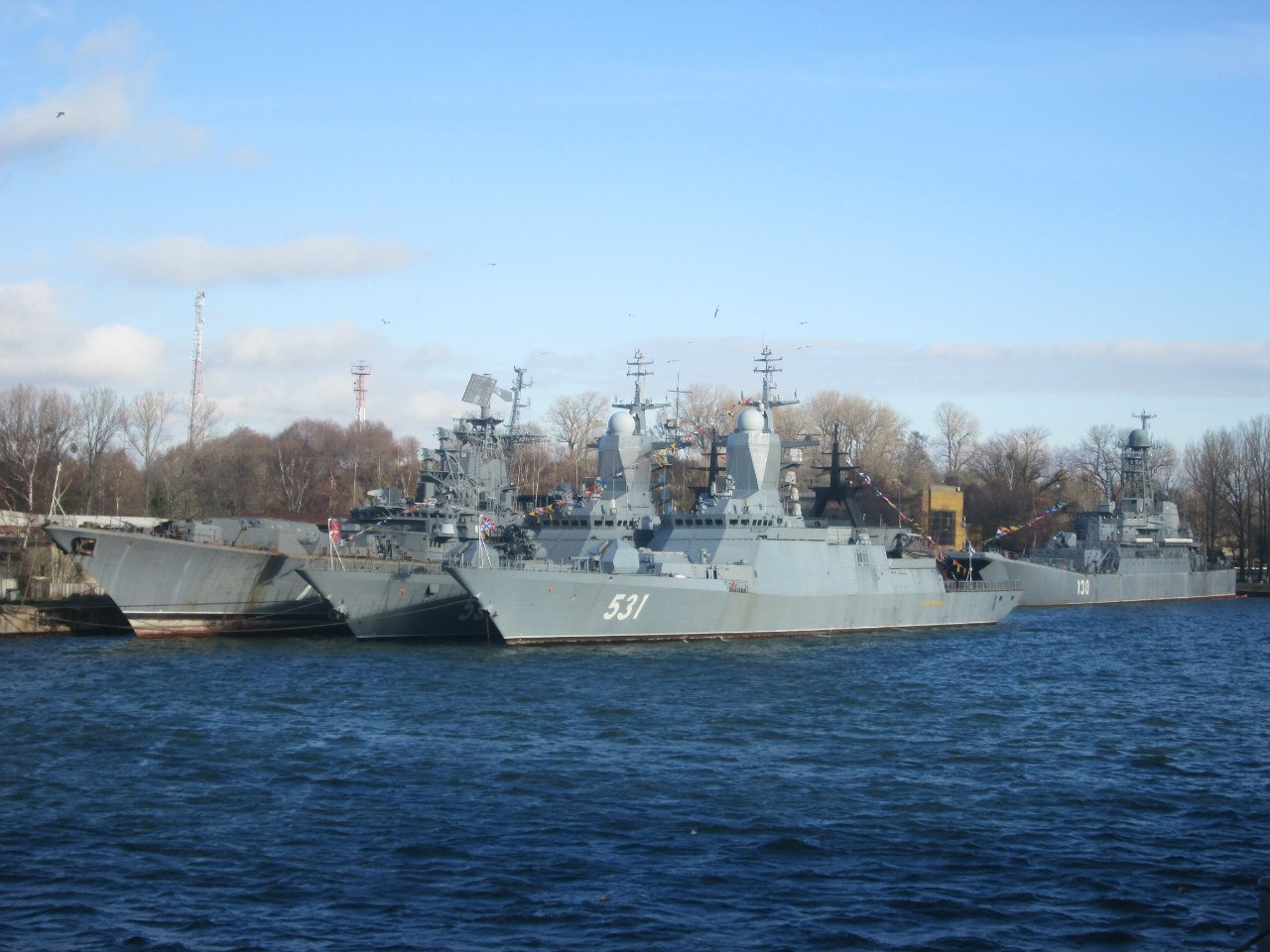 So Redut now work normally as planed? I hope it will soon become operational.

When is the Stoikiy supposed to be commissioned ? She has been in trials for a long time.
TR1

The superstructure of the lead 20835 ship, Gremyshy, is completed and being sent by barge to Severnaya.

calripson wrote:When is the Stoikiy supposed to be commissioned ? She has been in trials for a long time.

It has been handed over finally.
GarryB

Generally for production batches the cost is lower over lead ship but here is exactly the opposite.

That really only applies to a shipyard ready for production.

In this case the shipyard was in poor condition and would scramble to build a ship properly.

Getting a second order wont help that much unless there is a profit padded in there to pay for infrastructure.
Very simply when you are paid to build something you work out materials and labour costs and use any profits to reinvest into the shipyard with new equipment, extra training and personnel.

When you are tragically underfunded you take the first money you are paid and try to pay off some debt so the subcontractors you need to build components will continue to work with you. You scrimp and scrape parts together at the lowest cost so you can invest more of the money into the infrastructure so future contracts can be tendered for.

the dramatic increase in price is likely largely for infrastructure and tooling and training costs which should lead to improved production performance without the scrimping and lead to the costs going down later and production speed increasing.
TR1

Finally footage of Soobrazitelny firing Redut.
1.) You can clearly see its one tube per cell.
2.) Man that side thruster makes a hideous smoke.
navyfield

so just 12 redut missiles on that ship ?

Yes, as I thought from the start.

It is a small ship, Redut is a pretty potent system on a corvette.
Morpheus Eberhardt

Awesome....
But vid is too short...
Morpheus Eberhardt

In that second video you can see the tube for the missile does not take up the entire area for the "tube" under the hatch.
TheArmenian

From the original TvZvezda video (which is now deleted from their website):

I paused the video when the missile came out and was surprised to see that it looked different than the 9M96 that where shown many times before. The layout was similar, but the forward fins were placed further back.
I wish I had made a screenshot.

In the video posted by Morpheue Eberhardt, I could not get to see the missile properly because of the smoke.
Viktor