Any submarine expert here would like to comment how much accurate is his information regarding the sound generated by screw blades and pump jets?

This guy knows nothing exacting about the acoustic performance of either Yasen screws or Borei pump-jets, even if he is an ex-Navy sonar man.  Its just general theory without real numbers.  You could just as easily apply it to detection of Ohio SSBNs and Seawolf/Virginias.  I write it off as typical Yankee bloviating.

no shit is just a general theory...

submarine information of that nature is highly classified.

But as you said he is ex-navy sonar so his ideas are educated.

Tell me have you ever worked on a submarine? no? oh you just read shit on the web and think you know better riiiiiiiiiiiiiiight.

^ He isn't always needling Russia. For an American big baller sub vet, he could be far worse. He says that Russian subs have more roomy crew quarters than US subs. Also that Russian subs have auto loaders and piped foam fire retardant that US subs don't have. He gives Russia credit when he sees something he likes

SeigSoloyvov wrote:Tell me have you ever worked on a submarine? no? oh you just read shit on the web and think you know better riiiiiiiiiiiiiiight.

Are you off yer meds, or are you deliberately being a clown? Nothing you've puked out in any way undermines what I wrote.

I'll wait for your answer in case you're unsure.

Been watching the guy for a year and gotta give him credit, he admits the Russians where ahead in Sub tech in many areas even in the 60s, something you really don't hear from people in the west

True, but sometimes things are obvious and can't be hidden or fudged.

Occasionally throwing Russia a bone does not mean right or impartial... many in the west are still stuck on it is our way or the high way... so if we tried it and failed then it is not possible so don't bother.
George1

"The strategic subs, the new Dmitry Donskoi and the Knyaz Potyomkin will be laid down at the Sevmash by Victory Day on May 9, 2021," the source specified.

As the source said, the contract on the subs’ construction was signed in 2020. The submarines are scheduled to be delivered to the Russian Navy in 2026 and 2027. Each submarine will carry 16 Bulava intercontinental ballistic missiles (ICBMs).

The Project 941 Akula-class nuclear-powered submarine Dmitry Donskoi that has for long been called the world’s largest submarine is still operational in the Russian Navy. This sub was used to test-fire Bulava ICBMs.

The Russian Navy currently operates four Project 955/Project 955A strategic missile-carrying submarines. The Project 955A submarine Knyaz Oleg is due to be delivered to the Navy this year. Three more submarines of this Project are being built at the Sevmash Shipyard (part of Russia’s United Shipbuilding Corporation). 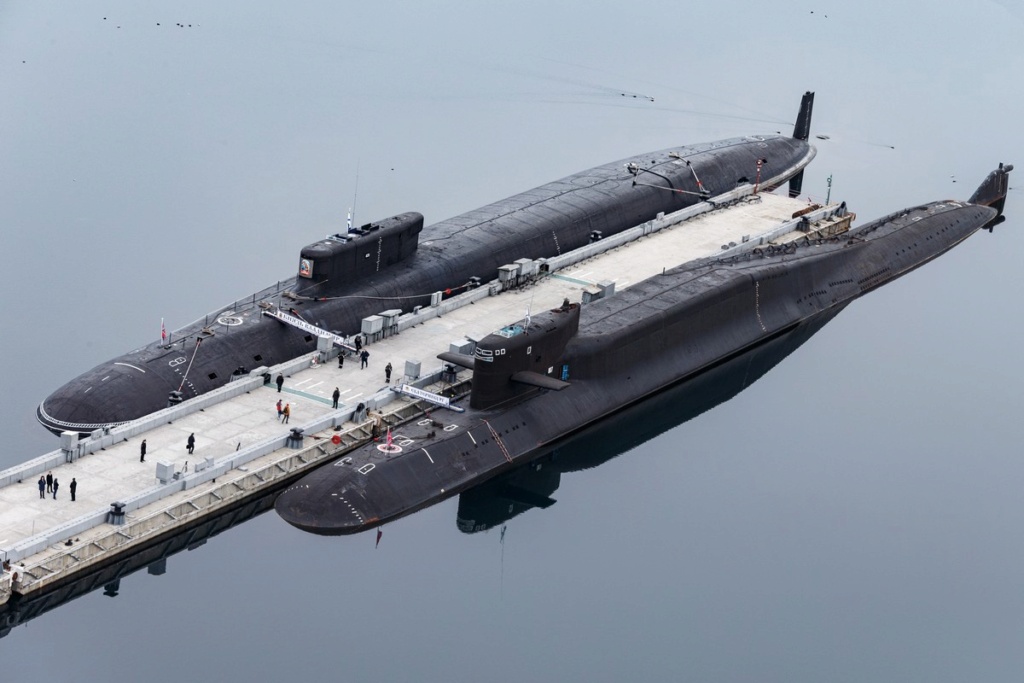 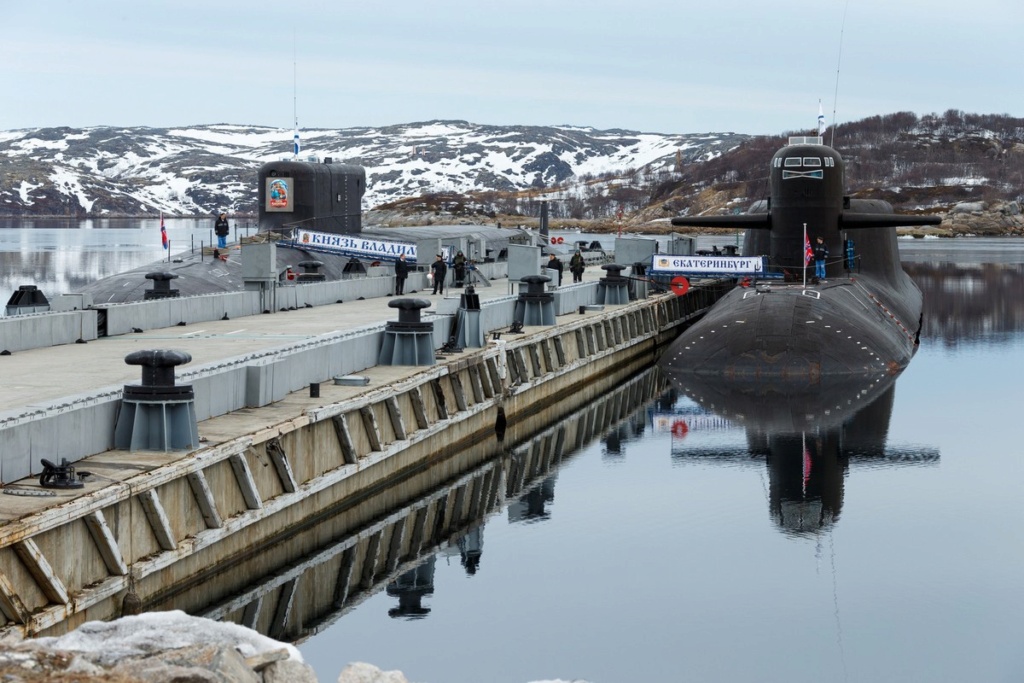 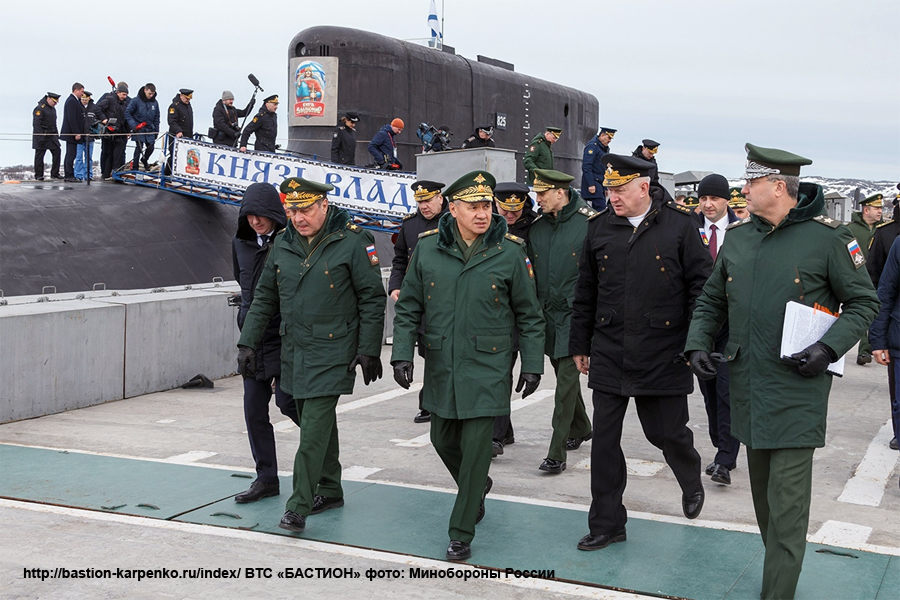 From Shoigus visit a few days ago

5th Borey (first serial of the improved Borey-A project), Prince Oleg, will be handed over to the military in October this year. This was stated by the head of the USC Alexei Rakhmanov in an interview. RIA News. 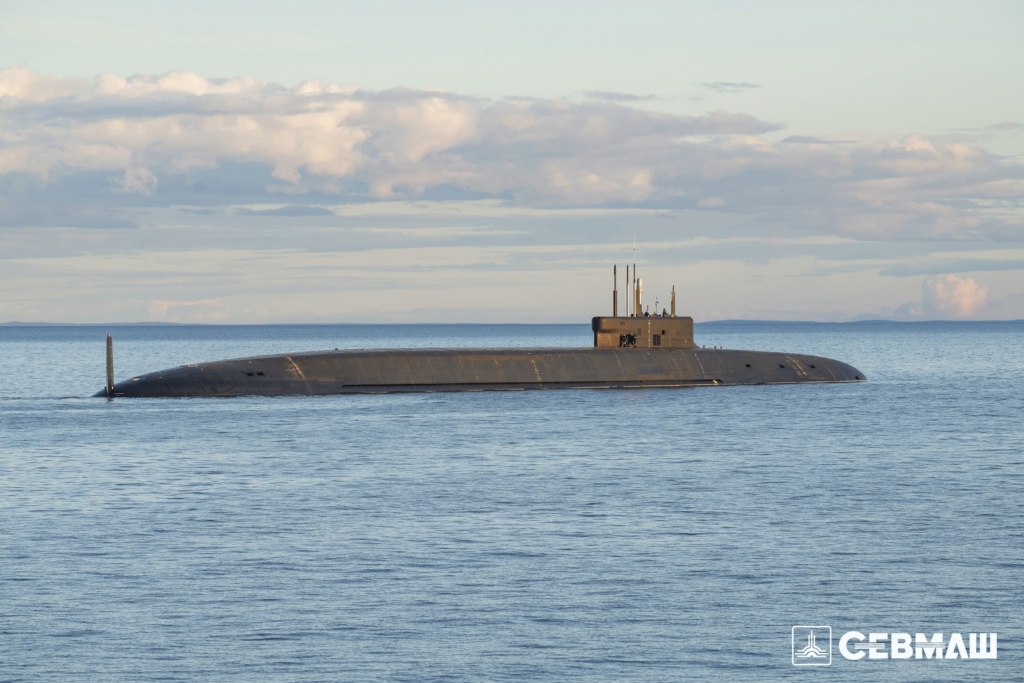 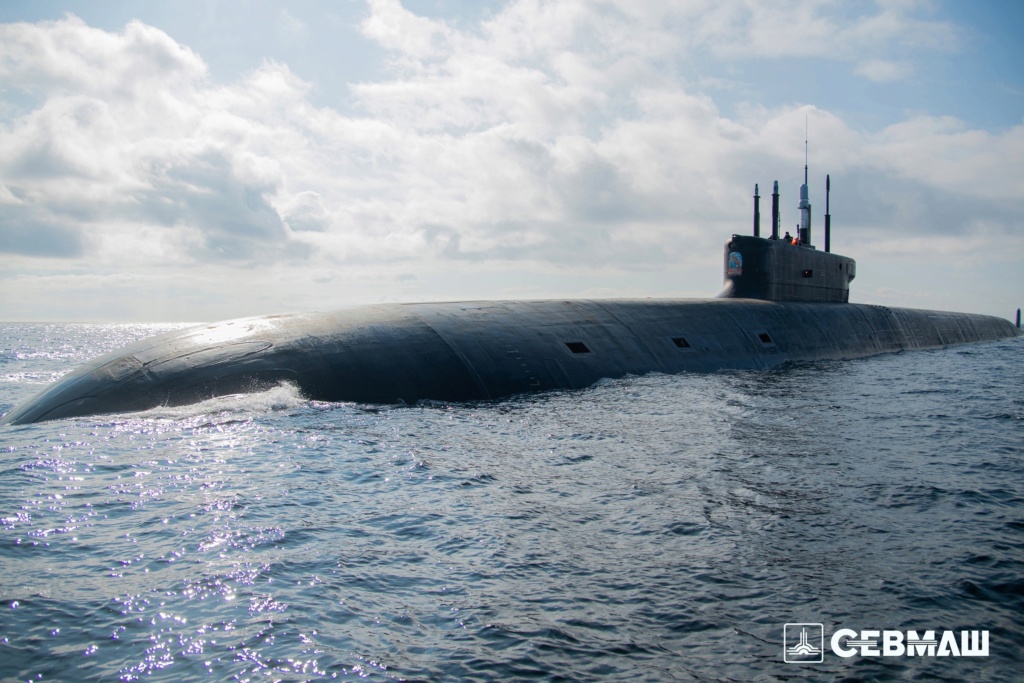 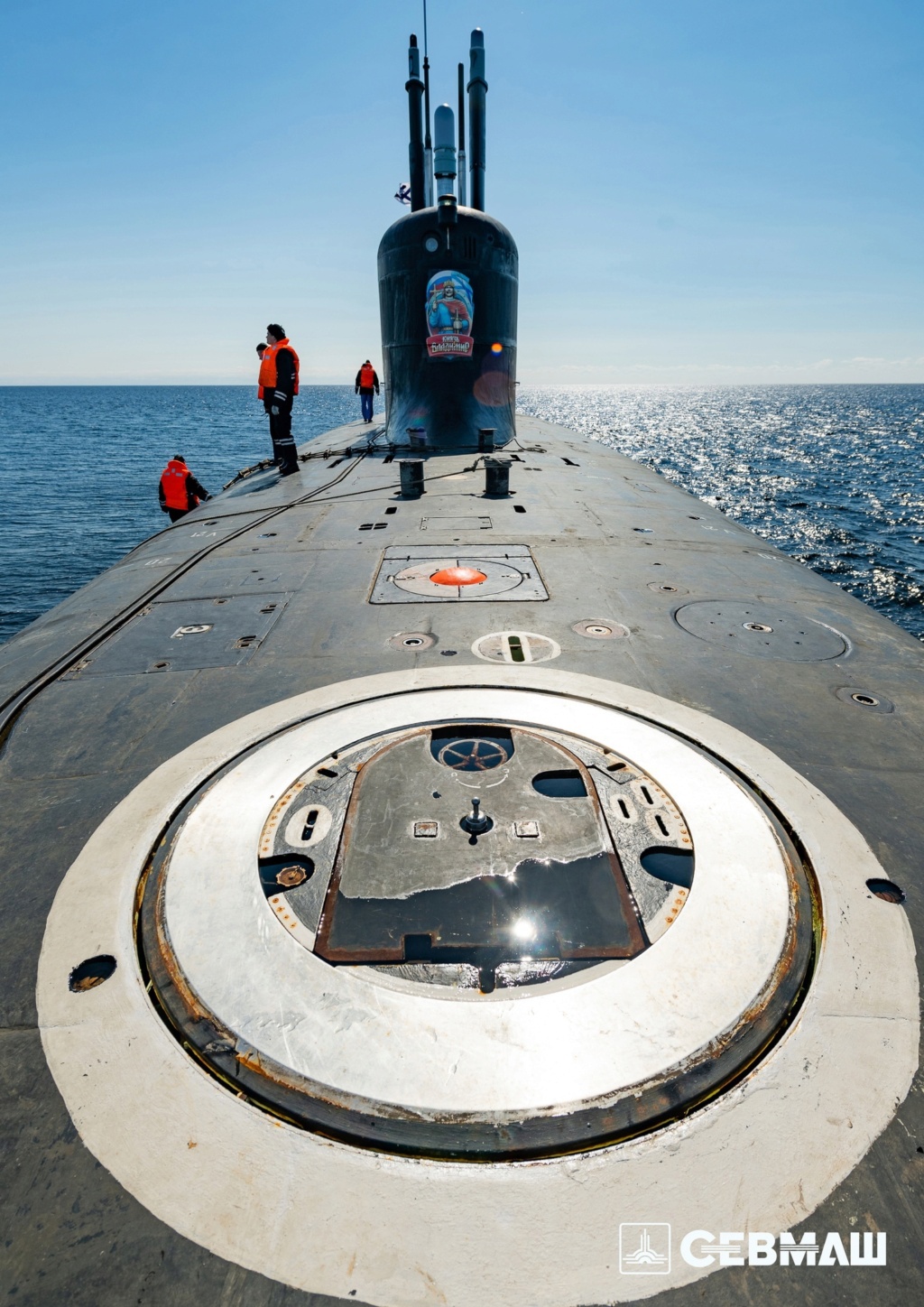 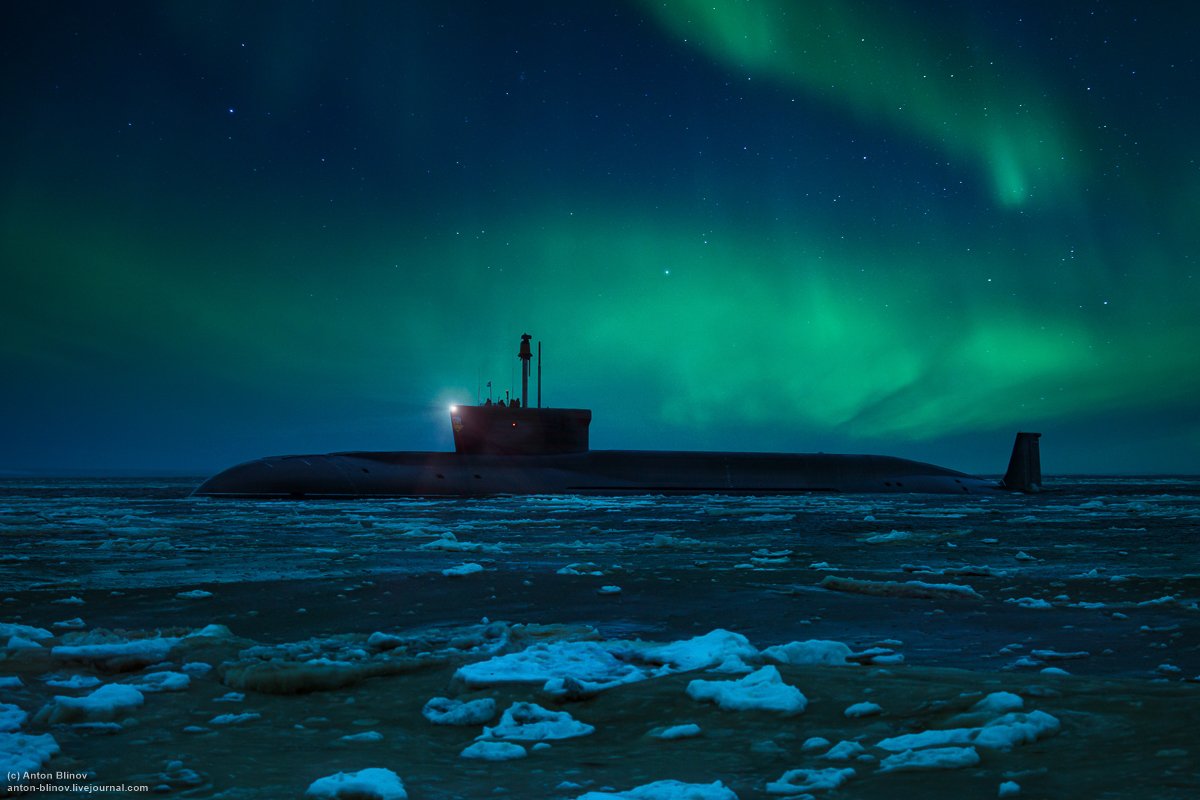 In the sky you can see the side-effects of the Murmansk-BN ECM system.


The Russian Ministry of Defense will strengthen the Northern Fleet with the latest strategic submarine of Project 955 Borey. The department is reviewing plans for the distribution of ships that will enter service in the near future, sources in the defense department told Izvestia.

Previously, it was assumed that most of the Borei and Borei-A missile carriers would serve in the Pacific Fleet (Pacific Fleet), but in 2020 another of the newly built Pacific submarines will remain in the Northern Fleet.

According to Izvestia's interlocutors, the decision to rotate Boreyev was made after the Umka exercise held in March. One of the three submarines that participated in the maneuvers was the K-549 "Prince Vladimir". This is the first submarine built according to the updated Borey-A project. She is currently serving in the Northern Fleet.

“Most likely, the replacement will be for one of the two that are in a high stage of readiness: either Prince Oleg or Generalissimo Suvorov. One is to be commissioned this year, the other next year. One of these missile carriers will be delivered to the Northern Fleet instead of the Pacific Fleet, ”military historian Dmitry Boltenkov told Izvestia.

According to him, the Ministry of Defense decided that for the state at the moment it is more important to strengthen not in the Far East, but in the North.

I wonder why not in the pacific? Why kept in the northern fleet?
lancelot

TMA1 wrote:I wonder why not in the pacific? Why kept in the northern fleet?

Because the Pacific fleet already has two Borei? Because the K-84 (Project 667BDRM) is going to be decommissioned? Who knows.
PapaDragon

TMA1 wrote:I wonder why not in the pacific? Why kept in the northern fleet?

Because the Pacific fleet already has two Borei? Because the K-84 (Project 667BDRM) is going to be decommissioned? Who knows.

North is quite open and they will need new Boreis to reliably sneak out of there and into position
owais.usmani

PapaDragon wrote:
Okhotsk Sea bastion in Pacific is safer and much better protected than White Sea bastion in the North (one single easily defendable choke point as entrance)

Did you mean the other way round?

Do subs of the north sea also spread out to north atlantic as well?
LMFS

The interlocutor of the agency also said that the first serial missile carrier of Project 955A will not be included in the fleet for the Day of the Russian Navy, which will be celebrated on July 25 in 2021.

MOSCOW, May 31. / TASS /. The Project 955A (Borey-A) strategic nuclear submarine missile cruiser Knyaz Oleg began its first test run to sea on May 30. This was reported to TASS by a source in the military-industrial complex.

"Prince Oleg" began the first test trip to the White Sea on May 30 in the evening, "he said. Earlier it was expected that this event would take place in early June, but a change in plans was not ruled out.

The press service of the Sevmash Production Association (part of the United Shipbuilding Corporation), where the submarines of this project are built, did not comment on the source's information. 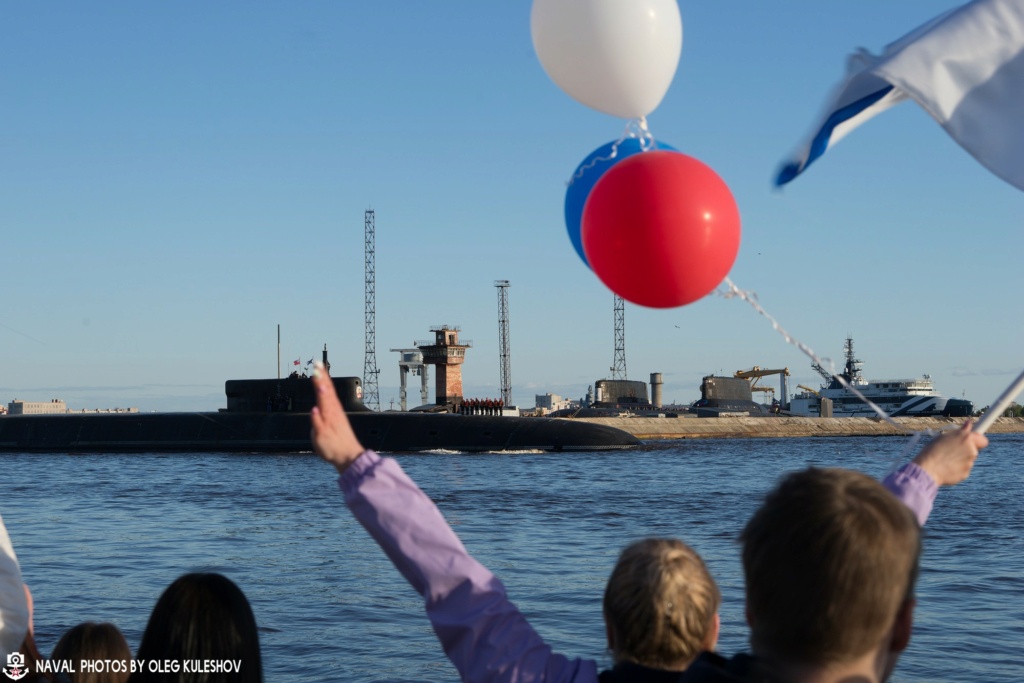 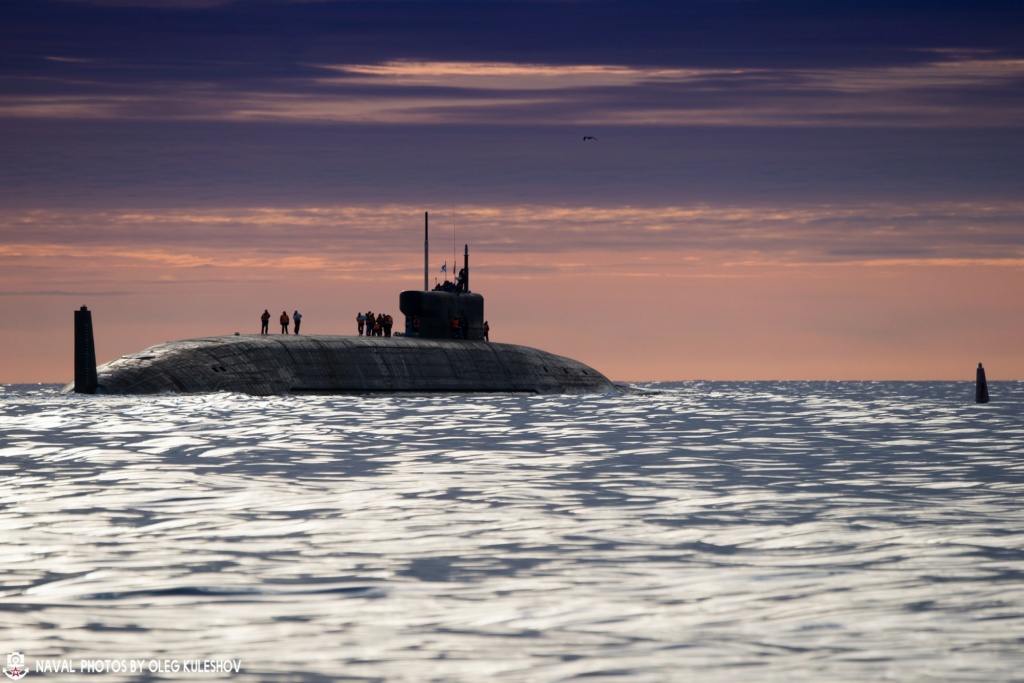 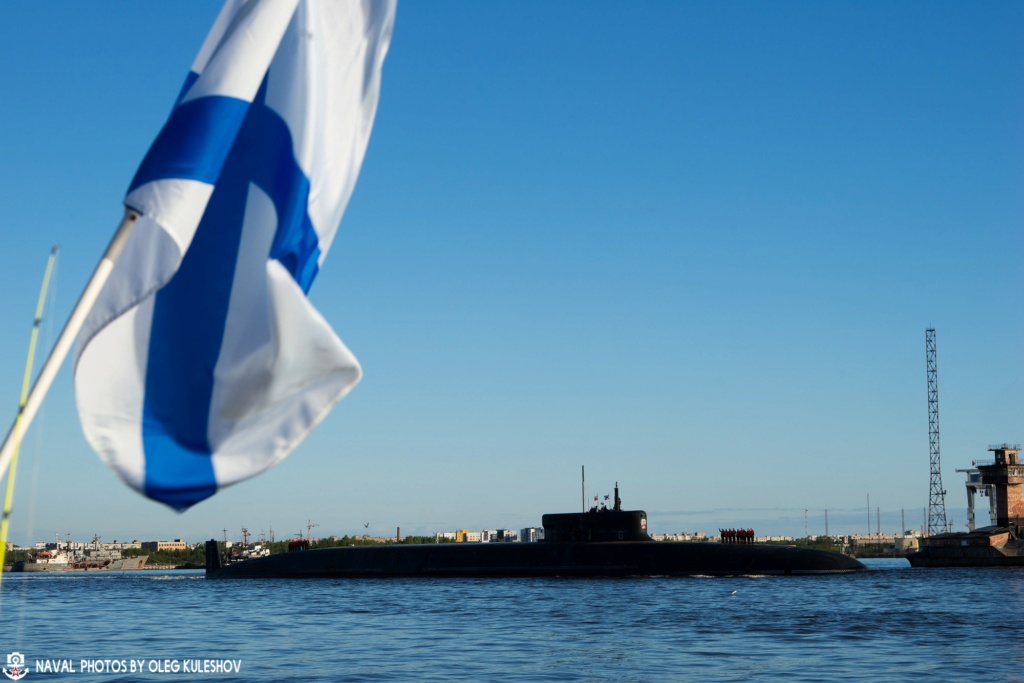 
Interesting photos from inside the world's most modern SSBN project 955A. 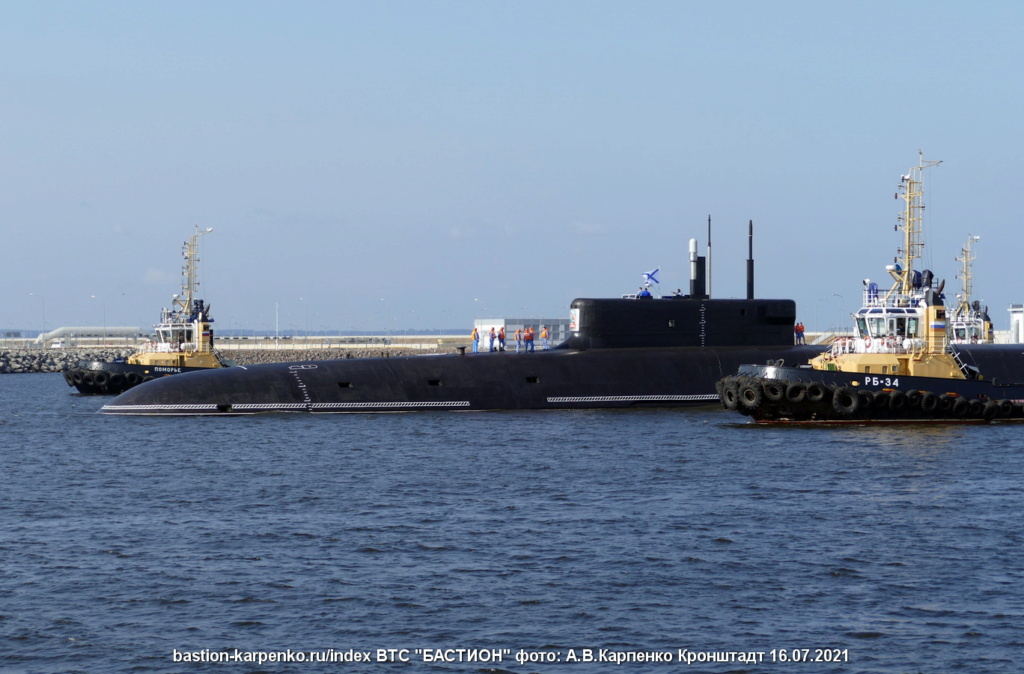 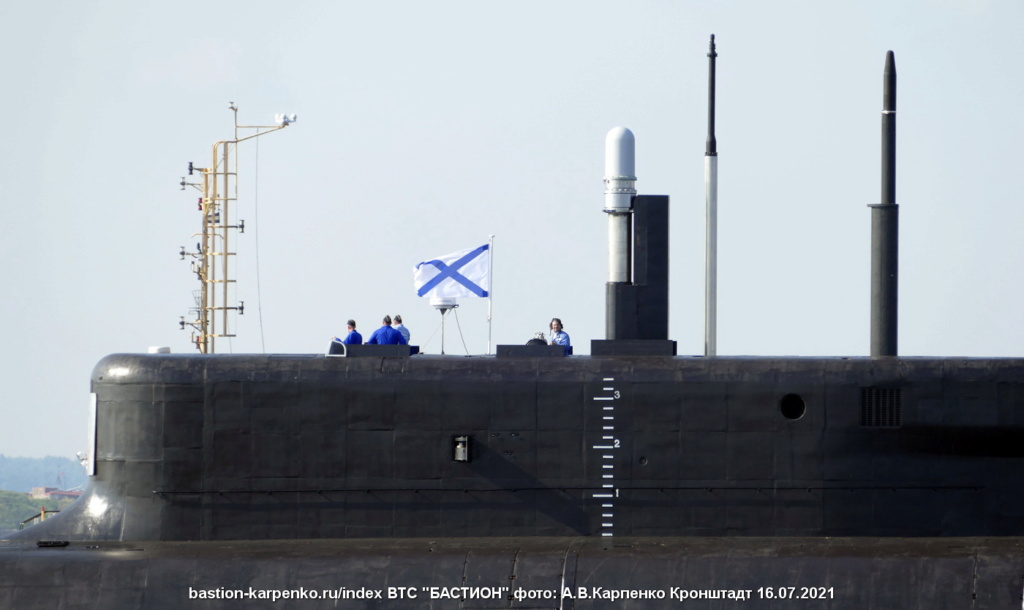 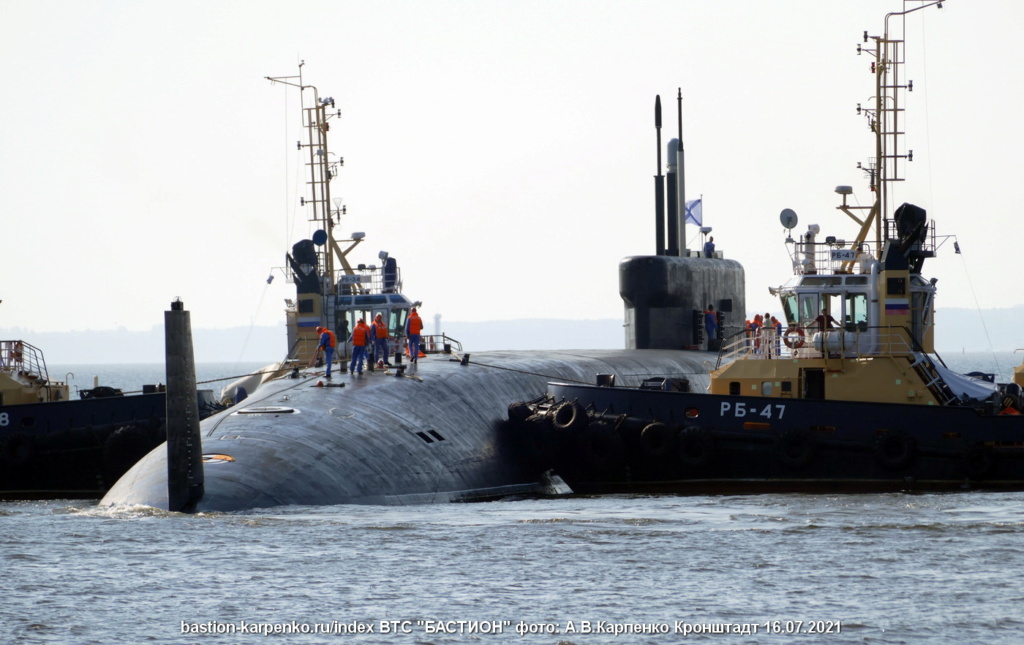 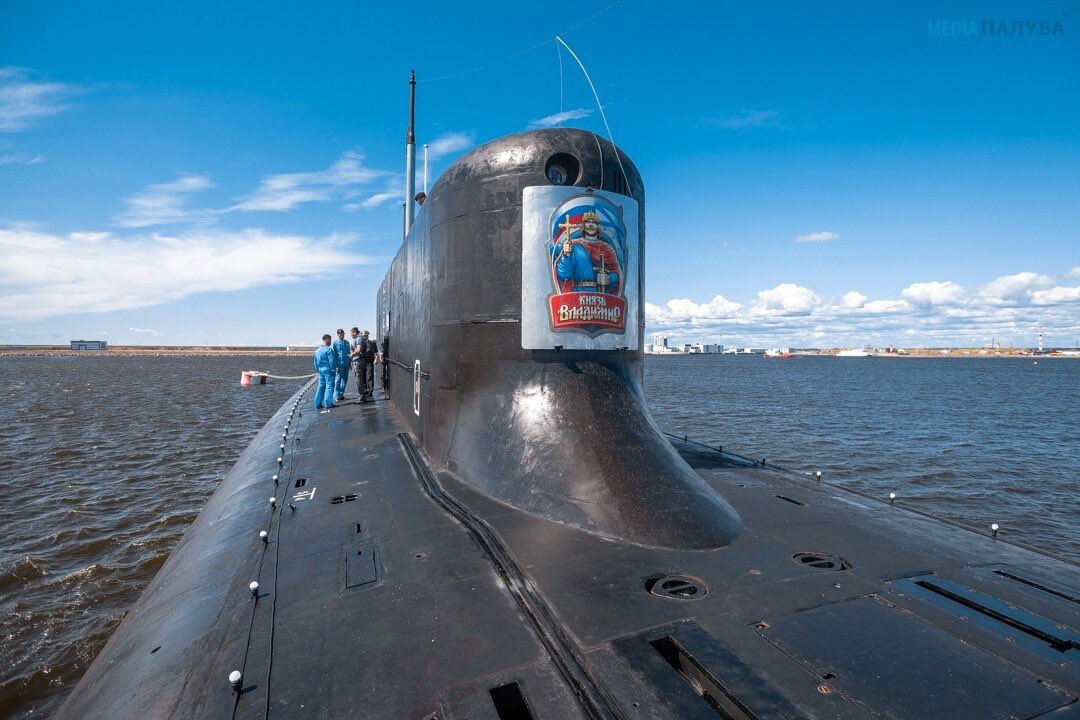 Well, the 9th and 10th Borey have already started to be officially built, now we just need to make a contract for the 11th and 12th..

Sevmash has become one of three enterprises, where today the solemn ceremony of laying down warships for the Navy took place. Russian President Vladimir Putin took part in the ceremony via videoconference. 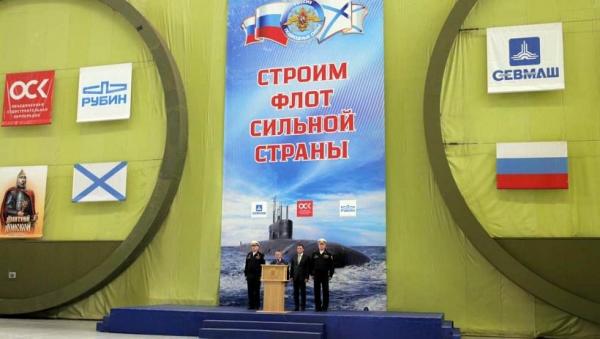 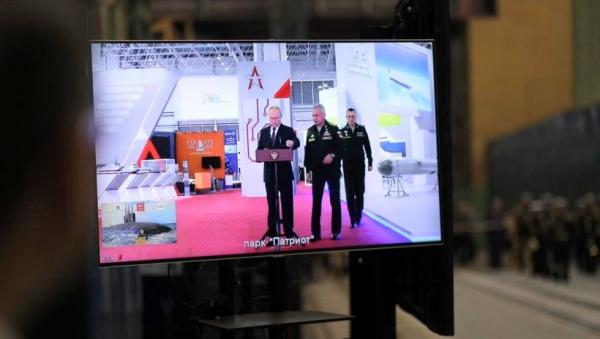 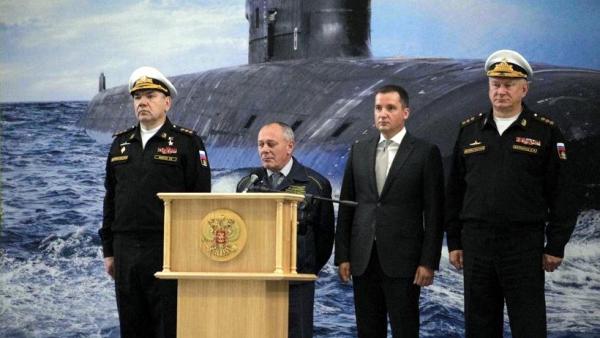 In Severodvinsk, a solemn ceremony of laying the ground for two nuclear-powered submarines Dmitry Donskoy and Prince Potemkin of the Borei-A project took place. Russian President Vladimir Putin took part in the ceremony via video conference.

Online, the head of state watched the laying of six ships at once at three
Russian factories. In Severodvinsk were laid down two strategic nuclear-powered ships "Dmitry Donskoy" and "Prince Potemkin", at the "Admiralty shipyards" in St. Petersburg, the submarines "Mozhaisk" and "Yakutsk", and at the Amur shipyard in Komsomolsk-on-Amur - corvettes "Grozny "And" Wild ".

In his welcoming speech, the head of state congratulated the shipbuilders on the start of construction of another series of modern submarines.

- I congratulate all shipbuilders and naval sailors of Russia on a new important stage in the development of the Navy of our country - with the beginning of the construction of the next series of modern ships. We preserve the glorious traditions of the Russian fleet, strengthen the continuity of the inseparable thousand-year history of Russia, therefore, two new nuclear-powered submarines will bear the names of Dmitry Donskoy and Prince Potemkin as a sign of deep respect for the memory and deeds of our outstanding ancestors, '' said Vladimir Putin.

Dmitry Donskoy and Prince Potemkin will become the ninth and tenth ships in the line of nuclear submarines of the Borey-A project, designed by the St. Petersburg design bureau Rubin. Other cruisers of the same series are currently at various stages of construction.

In the near future, the submarine cruisers of this project will become the backbone of the naval strategic forces and will fully ensure parity with the main nuclear powers in this segment of weapons.