You really couldnt make it up.
KiloGolf 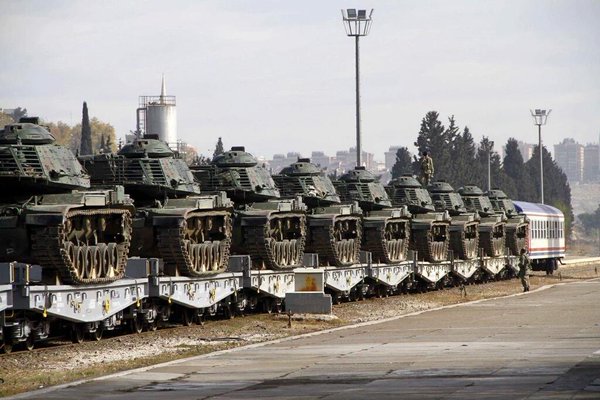 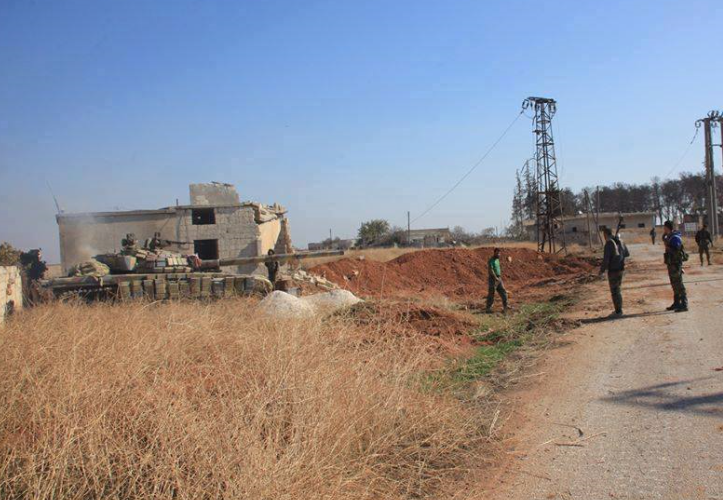 
Seems like SAA have not yet got control of the M5

today near the Turkish borders.. 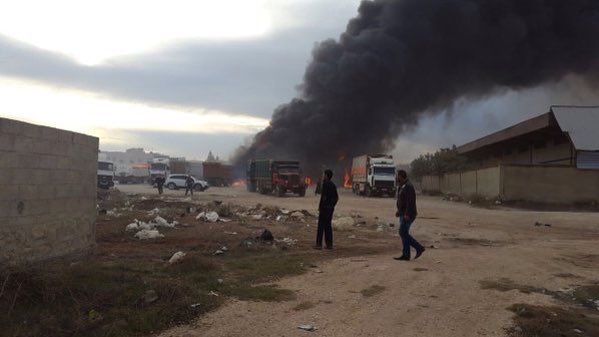 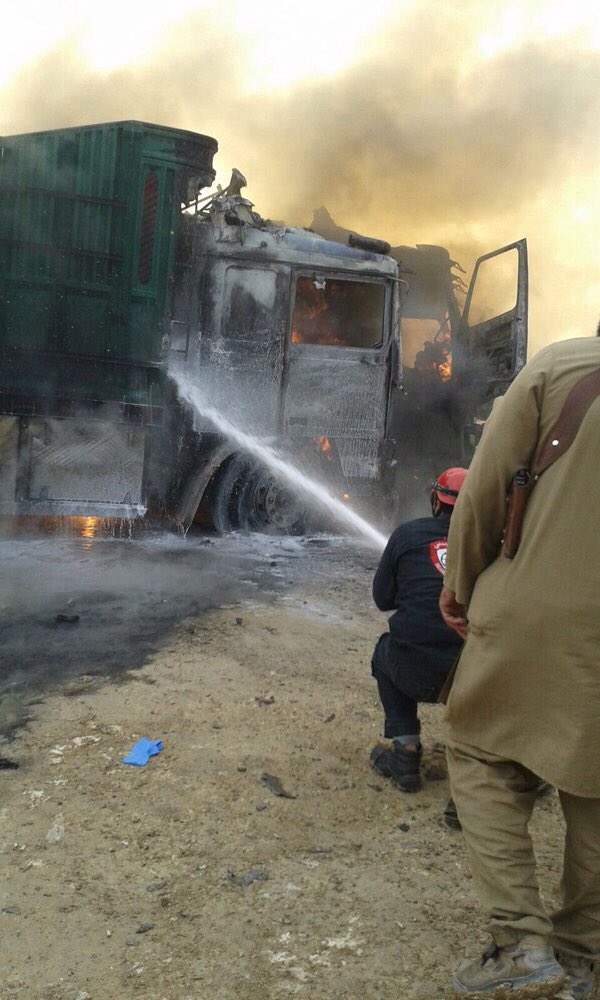 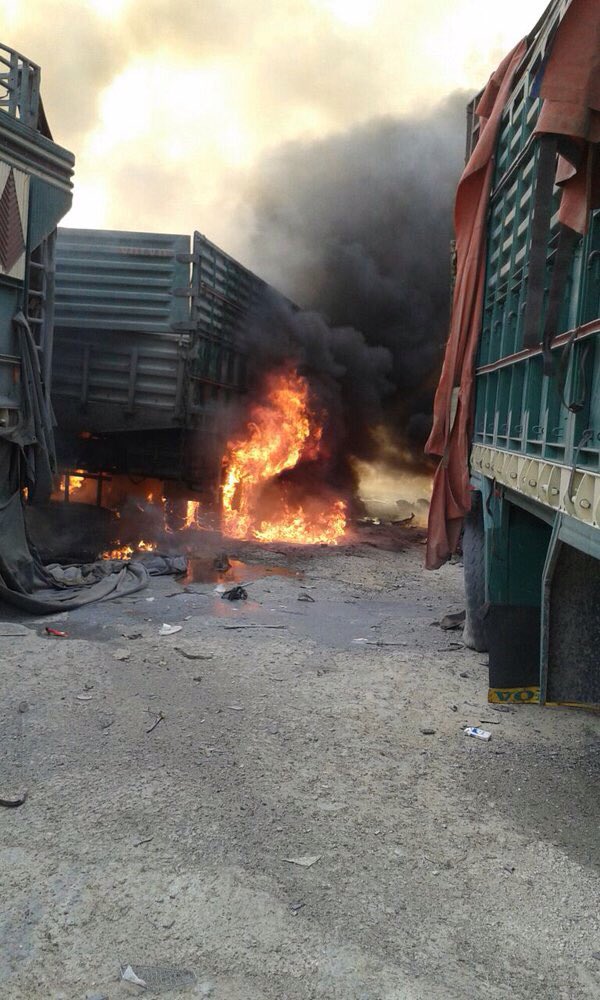 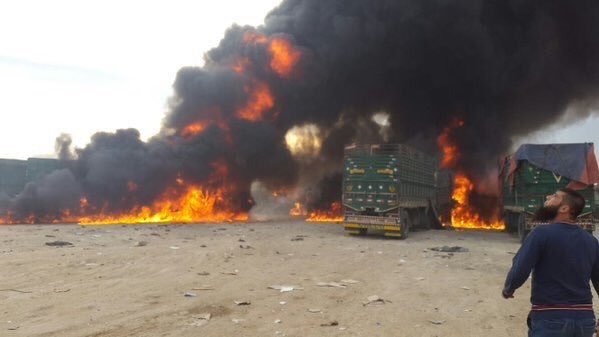 ShahryarHedayatiSHBA wrote:Now the Israelis are joining in! They don't want their buddy Erdogan to have all the fun!


According to reports out of the Syrian media, Israeli warplanes launched four airstrikes against a Hezbollah base in western Syria, along the Lebanon border, killing at least 13 people and wounding dozens of others.

If true Israel seems to have got emboldened by the Turkish ambush after lying low all these months. If Russia does not give a fitting response to the Turkish arseoles and start increasing its strength of air-superiority fighters and air-defence assets, Israel will start venturing into the southern airspace. These kinds of situation need to be avoided.
The task at hand and the mission is to achieve complete victory in this counter terrorist operation regardless of the aircraft shoot down.
Solncepek

Rodinazombie wrote:You can argue that russia should have used artillery before today, but after turkeys act of war today that is simply not possible.

Anything less than a continuation or an increase of  russian air activity on turkeys border will be seen as russia backing down. It would set a precedent that nato and any other entities in the anti-russia camp will learn from and try to follow suit. Russia has to be strong here and lay the law down. Otherwise they might as well pack up and go home, disband the government and allow its leaders to be picked by washington.

Russia should continue as before, but ensure that this doesnt happen again, or at the least if it does happen again that the turkish aircraft also goes down in flames.

I agree that the bombing campaign should continue but i also agree (if you see my post further up the page), that they should now also bring in artillery to intensify the campaign because right now progress is slowing down, latakia, North & north east hama, northern and east homs have slowed down a lot and there needs to be big gains here to be successful but also need to keep SAA casualties down, even southern aleppo assault has slowed, think it might be time for some more foreign recruitment to help SAA, i really wish China would join the battle. 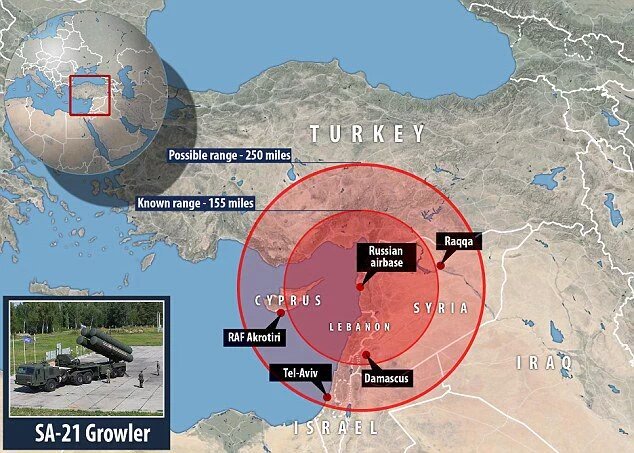 A British-Indian jihadists killed by SAA 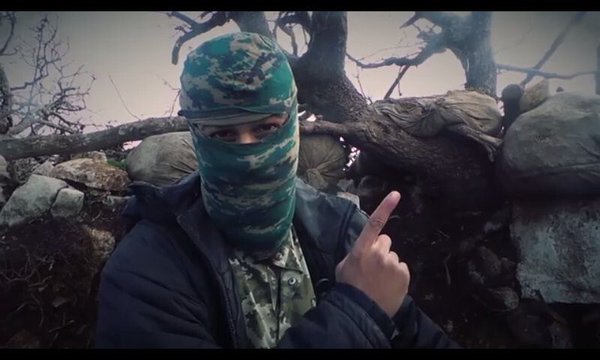 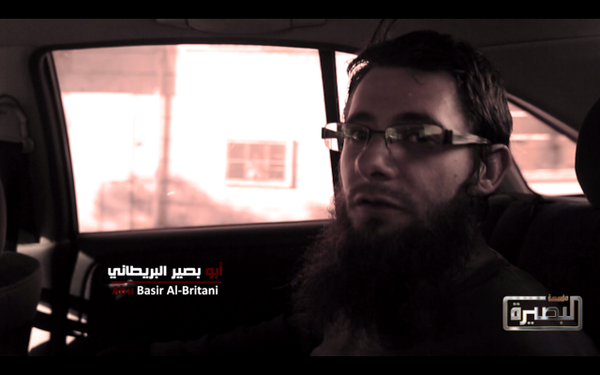 OMG near the end he literally ran out of snackbars!!!

Poor sod, he wanted to snackbar longer than MLRS barrage but the missiles just kept coming!!!

At the Front line of occupied #Golan Heights (#Israel ) With #SAA and #NDF locals in #Hadar
https://twitter.com/KhaledgAlkhateb
PapaDragon

Do they ever get the feeling that someone or something up there does not like them? And I am not talking about a deity here...

Do they ever get the feeling that someone or something up there does not like them? And I am not talking about a deity here... 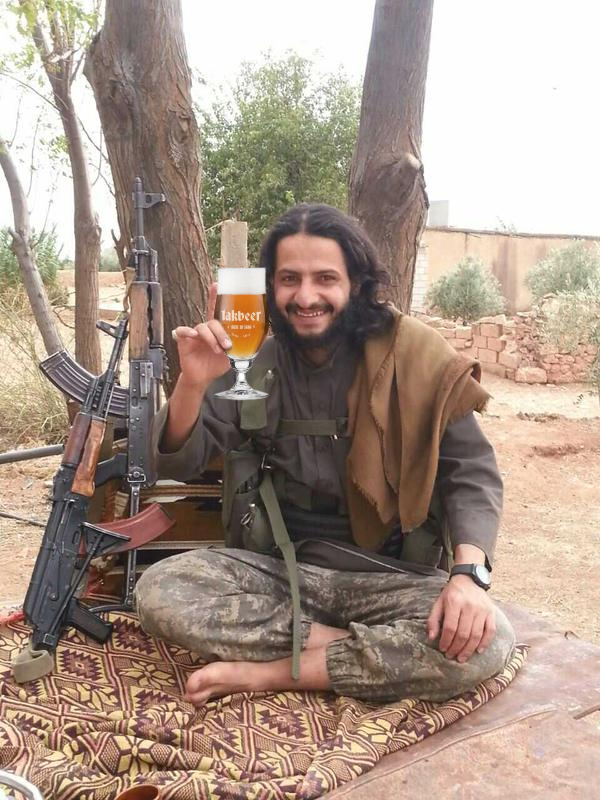 Has the Syrian offensive stalled? No news of new gains in two days.
KiloGolf

I think your news stream stalled. Many news of new gains by SAA in the past two days.
KiloGolf

nice map about the RuAF incident by agathocle de syracuse

Many gains by SAA and allies in the past few days:

Maheen, Hawareen a bit less than three days ago.
Guest

Its actually disturbing when you think about it, teenage boys playing online FPS games under ISIS tag....
Guest

"Aleppo‬ identical sources confirmed to LCC that 50 American soldiers arrived today to Ain Arab (Koubani) city through Turkey. They are sent as a part of the American plan in order to train Kurd Units in the north. A fewer number of soldiers arrived previously to Qamishli city in the northeast of Syria. US military sources stated last month that US Special Forces are going to arrive to Syria in November in a consultative mission, and not including accompanying the fighters in the operations against ISIS. White House Press Secretary "Josh Earnest" mentioned before that soldiers being sent to Syria are less than 50, and with no fighting missions."

Josh Earnest" mentioned before that soldiers being sent to Syria are less than 50, and with no fighting missions

This is how CIA /Pentagon propaganda operates..
Little by little they do illegal things and use Soft names and smooth language and terrorist
they secretly support to justify their invasions on sovereign nations. Later they can easily
stage a false flag fake attack.. where one US marine killed..and that will demand more troops..
with heavier hardware...and "small" air defenses to "protect" their soldiers from ISIL. and when the game is run over long period , if RUssia do not stop it by locking them.. US could get a full army of just few thousands in Northern Syria to create a nofly zone "just like Russia" with hundreds of planes and they will justify that by saying is to "protect Kurds and their soldiers"

In other worlds US/Israeli new plans in Syria is the creation of a no fly zone + safe zone in northen Syria to block Russia from stopping Kurds stealing lands from Syria and to block Russia from Bombing ISIS. But it will not work.. to long to explain why.. but it will not.. Because
Russia can play same games.. and send Russian soliders to kurds zones to help protect them..
and offer them weapons to protect from Turkey under their control. This will create a major problem for US ,because they cannot kick Russia from any part of Syria without starting a war with them.

And if Russia manage to get a decent CHINA support in ground.. it will be the end.. Because US knows that once CHina deploy just 50 soldiers like them.. it will be a matter of time they will play exactly the same game..and increase that number to 5,000 and deploy air defenses too..

The only thing that US can do to interrupt Russia war against ISIS.. is what they are doing with Turkey and Israel.. provoking Syria into a full scale war. and pressuring and provoking RUssia.

And with the part of the side skirt missing..hehe
Cyberspec

Sounds like preparations are under way to advance from Maheen toward Quraytayn....if captured, the next stop would be the Iraqi border (adjacent to Anbar province)

Parts of the 105th Brigade of the Republican Guard after the recent capture of the helicopter base which is adjacent to the village of Marj al-Sultan in Eastern Ghouta, today advanced and dug in the village itself. After the forces of the brigade managed to take control of the road south of the village, most of the militants retreated from Marj al-Sultan. Clearing operation in progress. 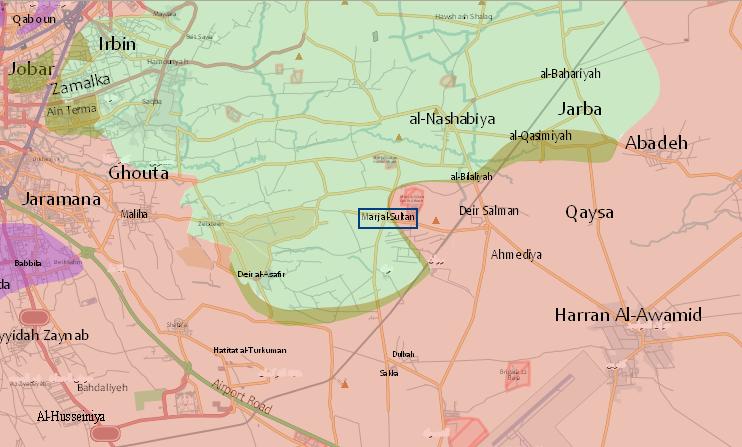 Several senior commanders have been killed in recent battles...mainly in Latakia province


SAA defector Brigadier General Rashid Bakdash has been killed by the #SAA during battles in #Latakia countryside
https://twitter.com/amiralabbas/status/669585665663758336