Tests have been reportedly completed for the GROM-E1 (missile) and GROM-E2 (Glide Bomb)....they can be carried internally by the Su-57 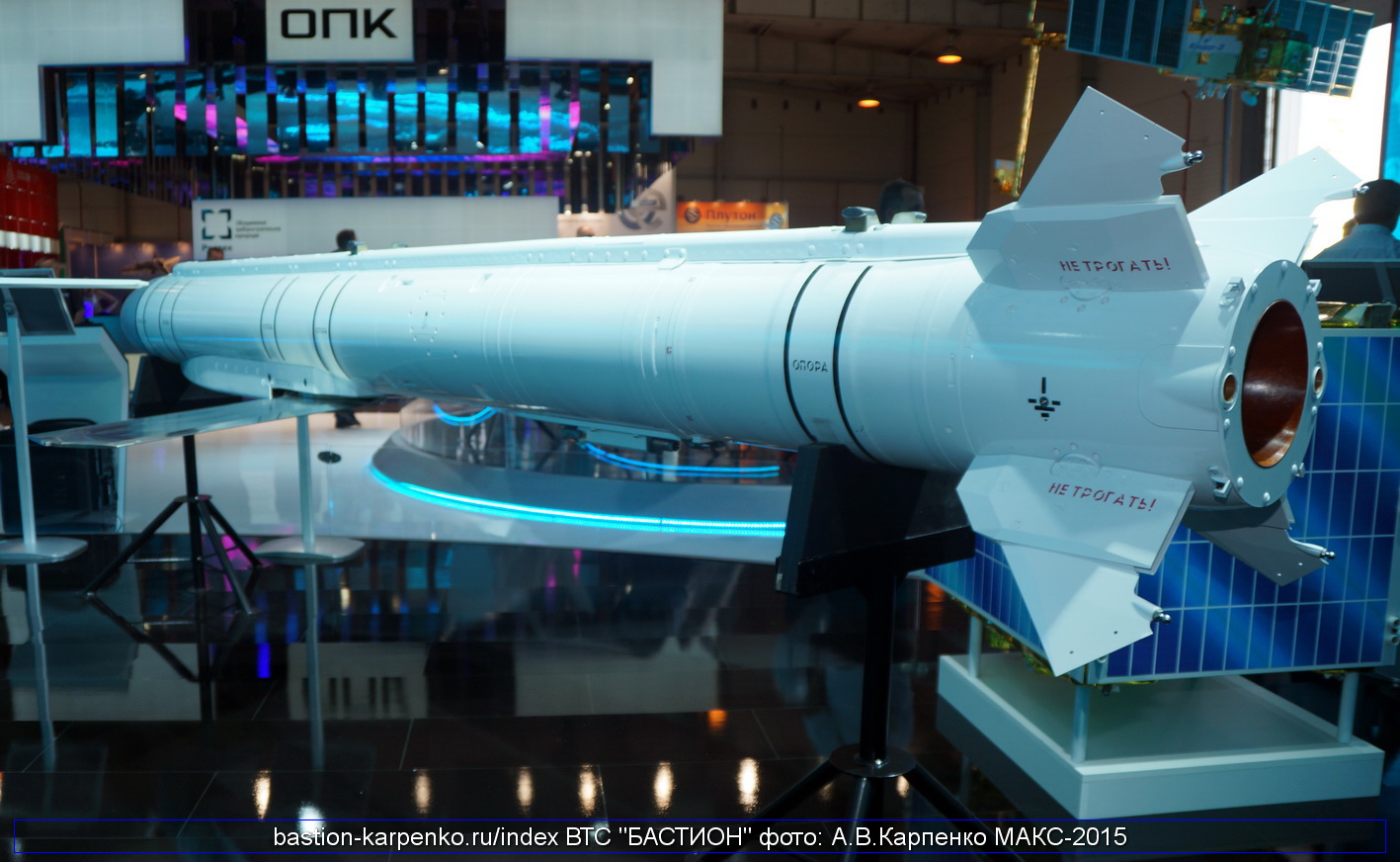 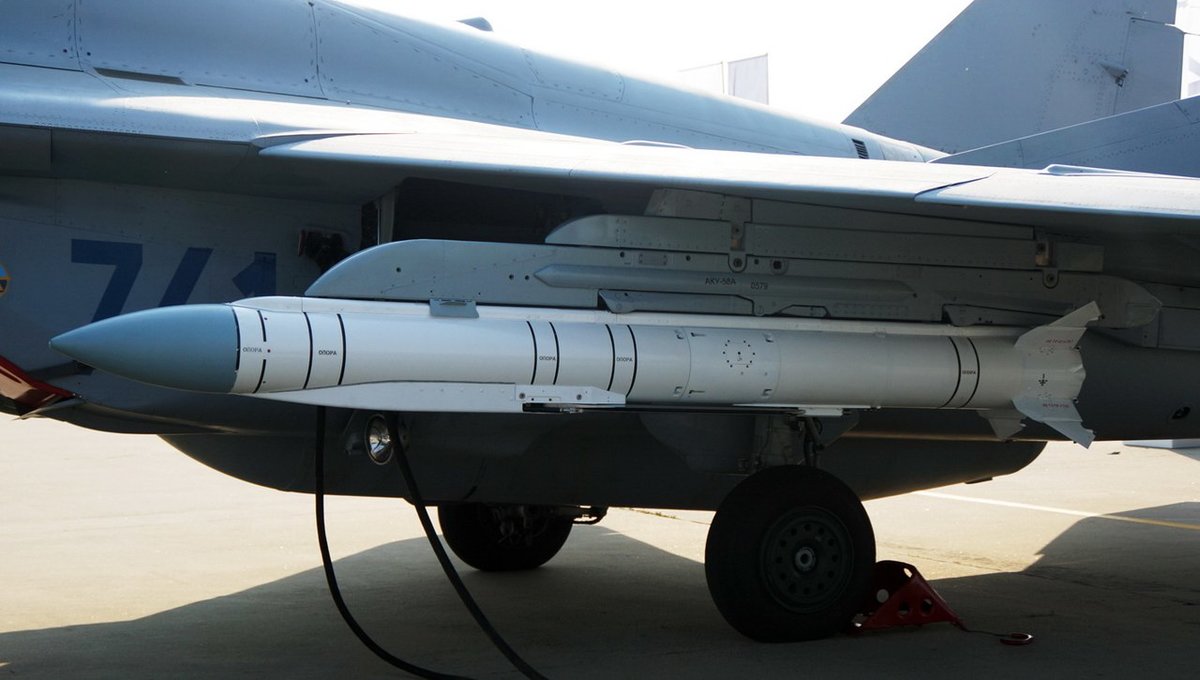 This news can be misleading : it refere to the completion of test of the the exportable version (Гром-Э1 and Гром-Э2) of domestic models of the new line of internal-bay-compatible planning bombs, moreover the unit of measure for delivery speed for the weapon is obviously wronged , it should read 140-445 m/s not km/h

As explained in the past the main concept behind this new line is to create a mass produceable relatively-low cost planning bomb/missile to be carried in internal bay of aircraft and UCAV with a very high destructive power (warhead weight from 315 kg -120 km propelled version - to 480 kg - 65 km from high altitude pure planning bomb version -) to be employed against enemy targets with known location ; this respond to mainly to two test-based observations :


1) In not ГЛОНАСС/GPS and or IR/optically degraded environment the weapon should be capable to reliably destroy a building of reinforced concrete of middle size (not containing an high-degree of easily detonable or incendiary material) with a single ammunition.
For this same mission the main strike platform amomg western Air Forces for the three decades, the F-35A should employ at least 5-6 GBU-39s, on the 8 maximum of its internal bays, with combined penetration/explosive warhead of 16 Kgs of explosive (as proved by similar attacks in Syria by part of IAF), or two AGM-154 JSOWs with a warhead in the 200 kg ballpark.

2) In ГЛОНАСС/GPS and or IR/optically degraded environment (a situation that competitors military forces, in a limited conflict, would face much more likely than domestic ones) the primary damaging area of blast should assure the destruction or effective incapacitation of the targeted reinforced concrete structure previously mentioned with 2 munitions.
Here the computations go furtherly bad for the opponent platform, employing GBU-39s in a similar environment would require the entire internal capacity of a squad of 4 or 5 F-35As (therefore this weapon will be almost certainly not be almost certainly employed in a similar environment) while 3 or 4 AGM-154 should be used (therefore at least 2 F-35As).


The employement of this class of weapons will mostly capitalize on the much greater internal bay and combat radius of the multirole platform Су-57 ,allowing a single Су-57 to execute the same mission that would require from 2 to 4 F-35A/C and also with a greater chance of success in a homing-degraded environment.
Naturallly this not only ease significantly the logistic and even more material cost burden , but also shorten enormously the time of execution cycle of those missions - also taking into account the graeter cruise speed of Су-57 in comparison with the F-35- allowing the progressive degradation of enemy military capabilities to proceed at a much higher pace.

KAB-250 used against a tank in Syria

The new 1,500kg guided air bomb K029BE with the inertial satellite guidance system was unveiled at the MAKS-2019 aerospace show 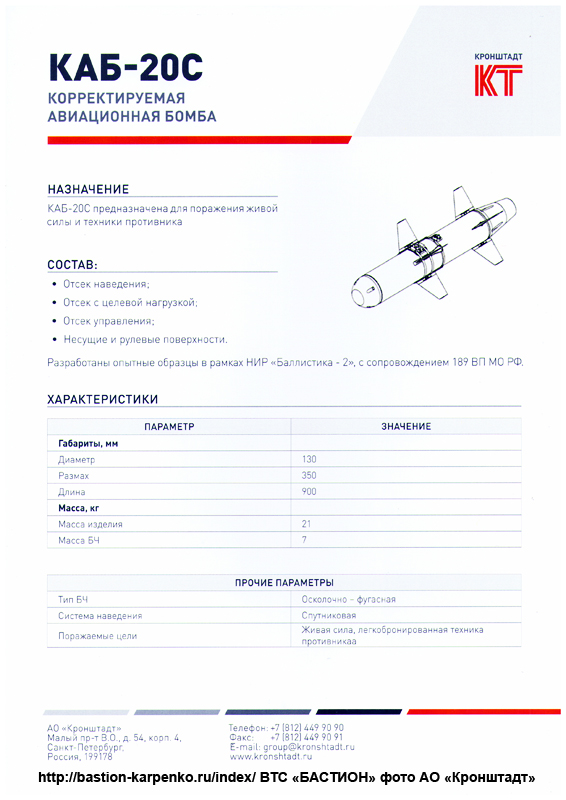 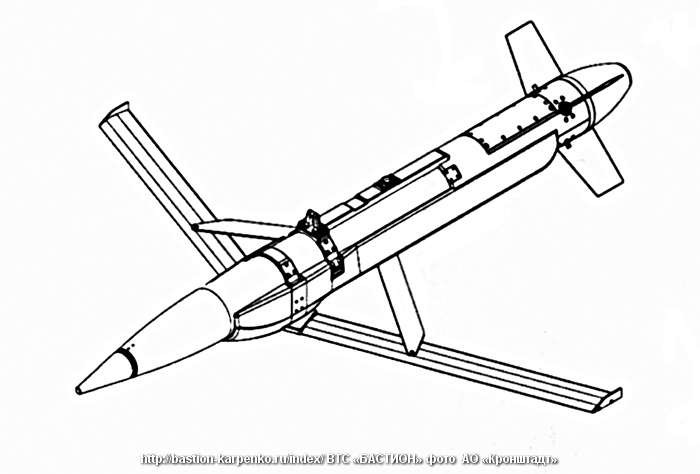 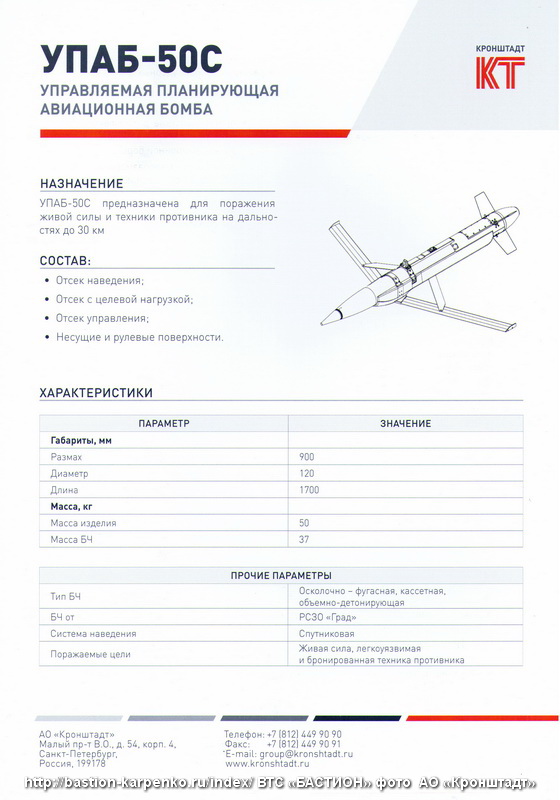 Some clarification from Charly015. 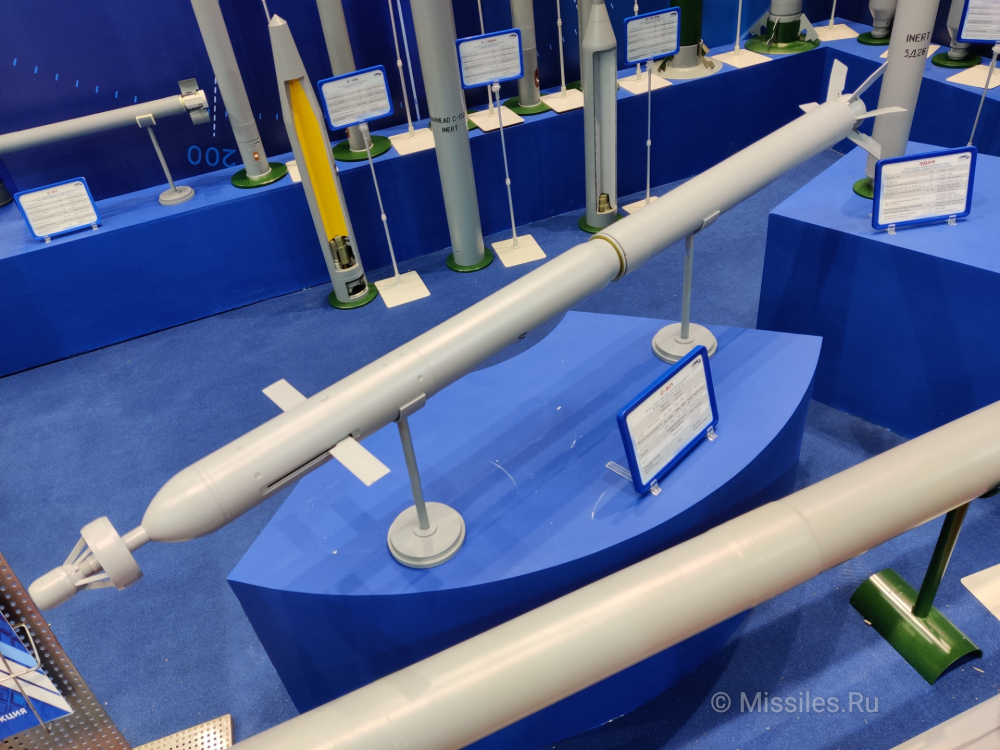 nice... so pack this into a 7 shot or 20 shot current 80mm rocket launcher or one of the new 5 or 10 tube rocket launcher stacked, and when firing a guided rocket you mark the target with a laser beam and launch the rocket... perhaps angle the rocket up into the air and after a few seconds as the rocket reaches the peak of its ballistic flight and starts to angle down you can lase the target and it will home in on it...

Individual targets 5-6km away like a truck or light vehicle with a HMG on the back for instance, or an enemy ATGM launcher like TOW you could hit with a single rocket from stand off ranges.... nice.
magnumcromagnon

According to Rostec ,the complex is based on a new electronic defense system that can receive information about targets even when exposed to active interference with varying intensity.

- New generation ammunition with artificial intelligence function - the most effective means of destruction in modern combat conditions. One of the key tasks of the developers is to make the "smart" filling invulnerable to electronic warfare, "said industrial Director of rostec state Corporation Bekhan Ozdoev. He added that the new complex surpasses its Russian and foreign counterparts in terms of the protection of the munition from interference and reduces to zero the effectiveness of electronic warfare assets.

The complex is planned to be integrated into high-precision ammunition of defensive and offensive weapons systems.

The Russian development was evaluated by the editor of the national Interest magazine, a former Pentagon official, Chris Osborne. According to him, jamming technologies can become extremely important for unmanned systems, as they can guarantee that controlled or Autonomous aircraft can not stray from the course set for the task. Missiles, rockets, and artillery shells will also become more accurate.

The Tactical Missile Armament Corporation has completed testing of new-generation gliding ammunition and has begun their serial production. Boris Obnosov, the general director of KTRV, told about this in an interview with the "Military-Industrial Courier".

According to the head of the company, last year KTRV completed work on gliding ammunition of 250, 500 and 1500 kg caliber, launching the serial production of new generation corrected aerial bombs. The company has signed long-term contracts for the supply of a new generation of ammunition to the Russian Aerospace Forces, bombs are already entering service with the Russian military aviation .

We have made very serious progress in the past year in the production of precisely corrected aerial bombs of the KAB series. Both in their quality and quantity. The tests of a new generation of planning ammunition of calibers 250, 500 and 1500 kilograms have been completed, long-term contracts have been concluded for their supply - said Obnosov.

The general director of KTRV also said that tests of the promising KAB-250LG-E with a laser homing head and high-explosive fragmentation warhead, as well as other ammunition developed for the fifth generation Su-57 fighter, are proceeding according to schedule. In addition, at the final stage of testing are new UPAB caliber 500 and 1500 kilograms with a television guidance head.

The head of KTRV announced the completion of work and obtaining permission for serial production of a new adjustable aerial bomb of 250 kg caliber at the end of last summer. At the same time, he promised that by the end of 2020 the company will complete three topics on air-to-air missiles, on corrected air bombs of 1500 and 500 kg, on air-to-surface products and several more projects.


About this in interview Russian Deputy Prime Minister Yuri Borisov, who is in charge of the country's military-industrial complex, told the Interfax news agency.

Prior to that, he said that the new ammunition would go into service with the operational-tactical aviation... In particular, they are planning to equip them with the latest Su-57 multipurpose fighters.

As the "Russian newspaper", the bomb is capable of gliding at a distance of up to 30 kilometers from the drop site. Thus, the aircraft does not need to overcome enemy air defenses to approach the target. The bomb is navigated through the GLONASS system.

The ammunition contains 15 combat elements that are self-targeting. Having flown up to the place of strike, they separate from the bomb and descend by parachute, aiming at the target with the help of sensors. At the same time, the ammunition is equipped with a "friend or foe" recognition system, which allows it to hit only enemy equipment, without touching its own.

In addition, the aerial bomb does not interfere with the operation of electronic warfare, to which it is insensitive, and radars are practically unable to detect it.

Thus, it is extremely difficult to spot and destroy this ammunition.

Drel has a rather high explosives to weight ratio.
Regarding stuffing each sub munition with all of these electronics , you could really see how mature the electronics technology on those things has become , to create them at a reasonable price. We all know how strict the russians are with cost effectiveness.

This is like the jump from beam rider reflex , to beam eider + TV /Thermal homing + INS/Glonass correction in Sokol.

MOSCOW, June 2. /TASS/. The deliveries of the latest glide bomb Drel to the customer may begin already in 2023, CEO of Technodinamika Group (part of the state tech corporation Rostec) Igor Nasenkov said on the sidelines of a congress of the Union of Russian Machine-Builders on Wednesday.

"I believe we will be completing the Drel project already next year. If we wrap up the trials next year, we will be actually able to start serial production from 2023," the chief executive said.

The Drel glide air bomb has been developed by the Bazalt Research and Production Association (within Techmash Research and Production Group). The latest glide bomb is designated to destroy the armor, ground radar stations, command posts and propulsion units of surface-to-air missile systems. The reports about the creation of a new bomb appeared in 2016. The latest glide bomb is expected to be invisible for radar screens. 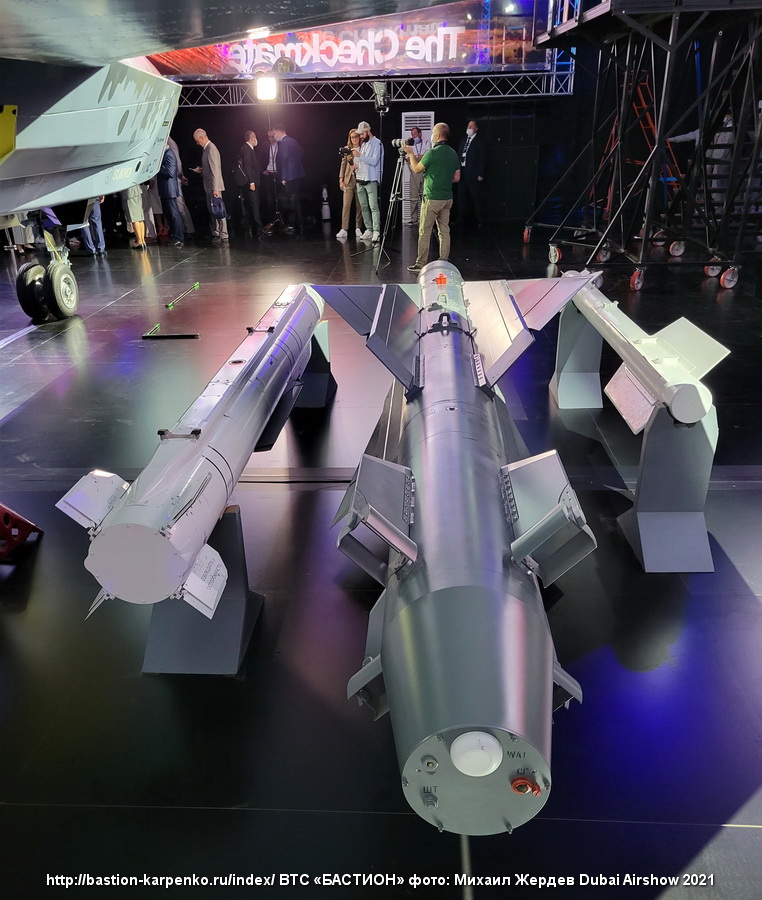 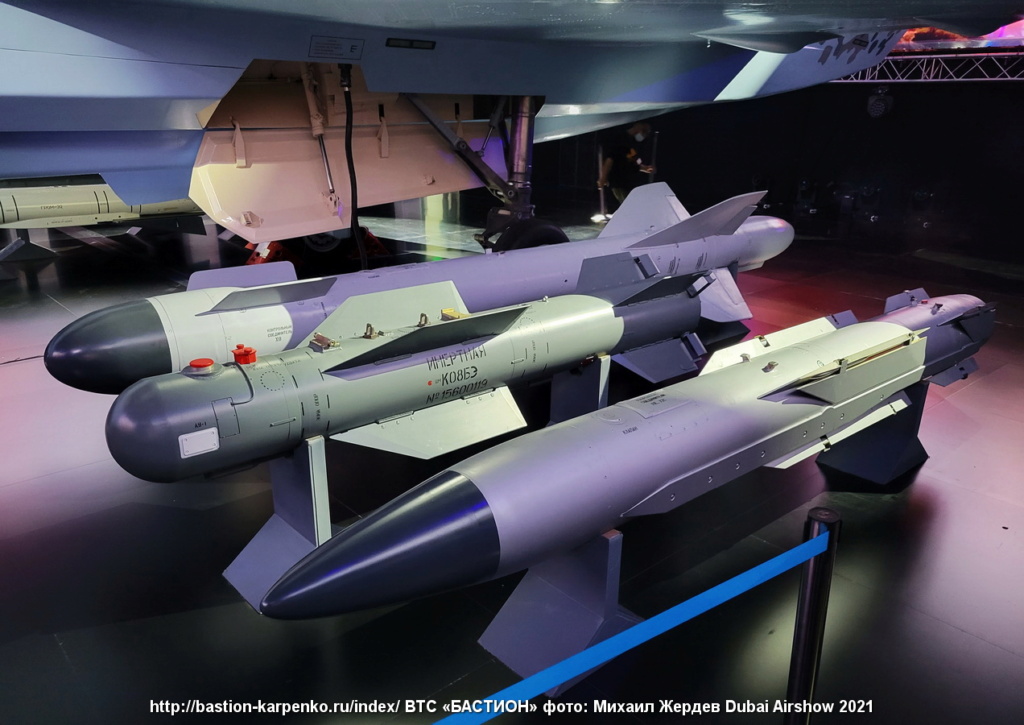 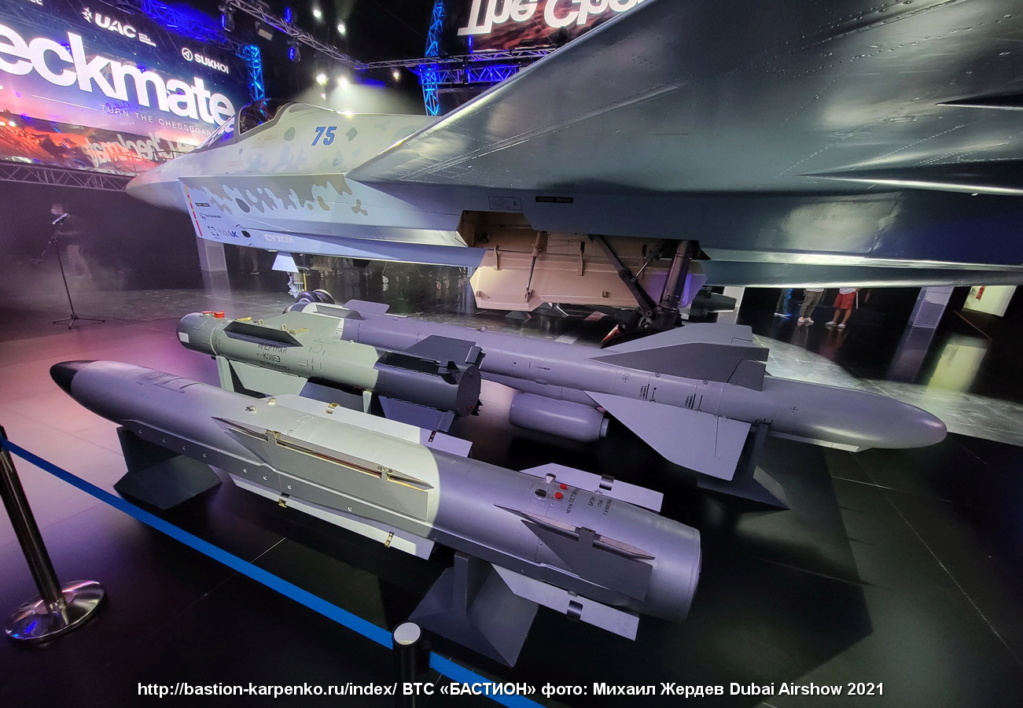