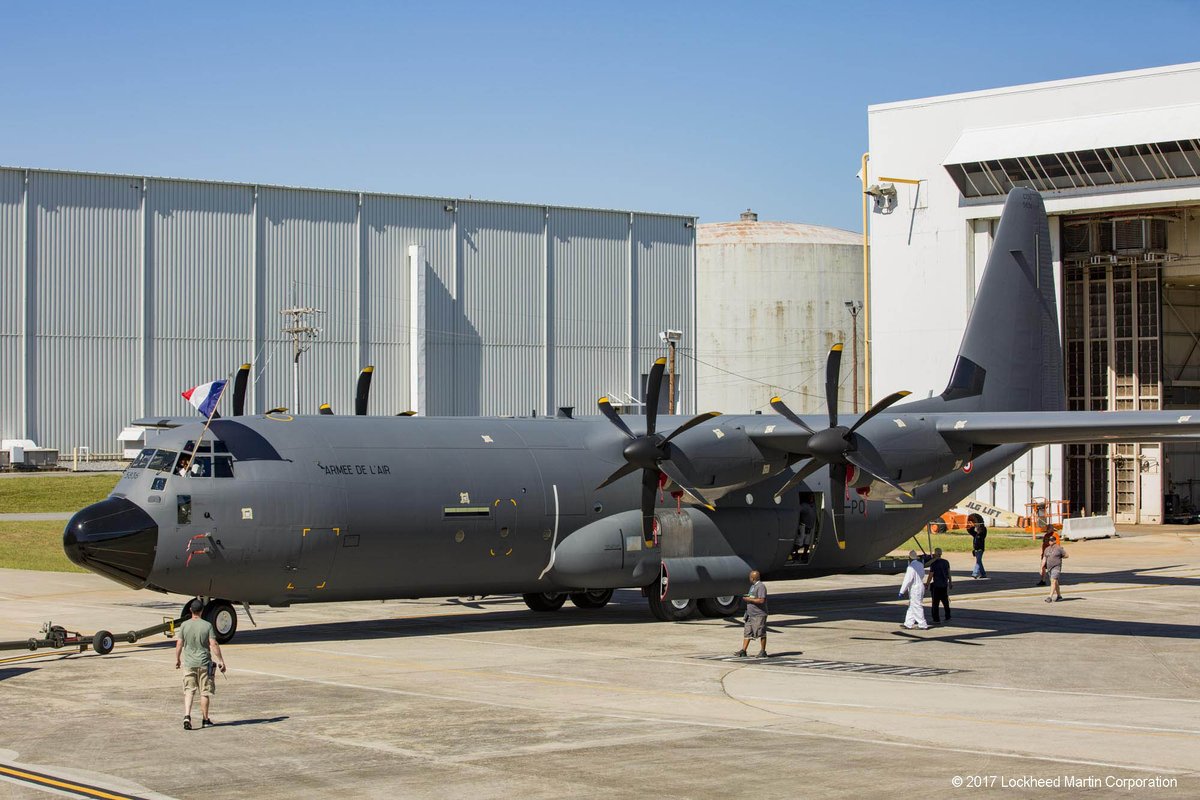 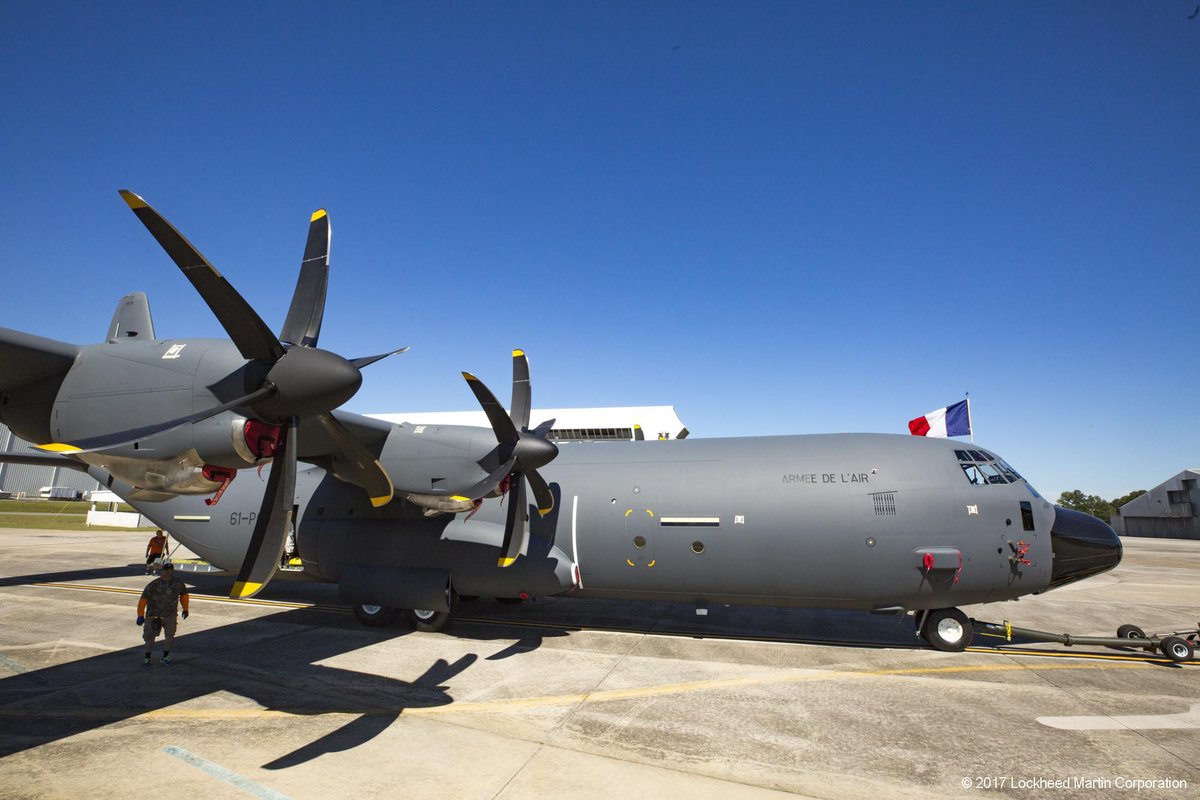 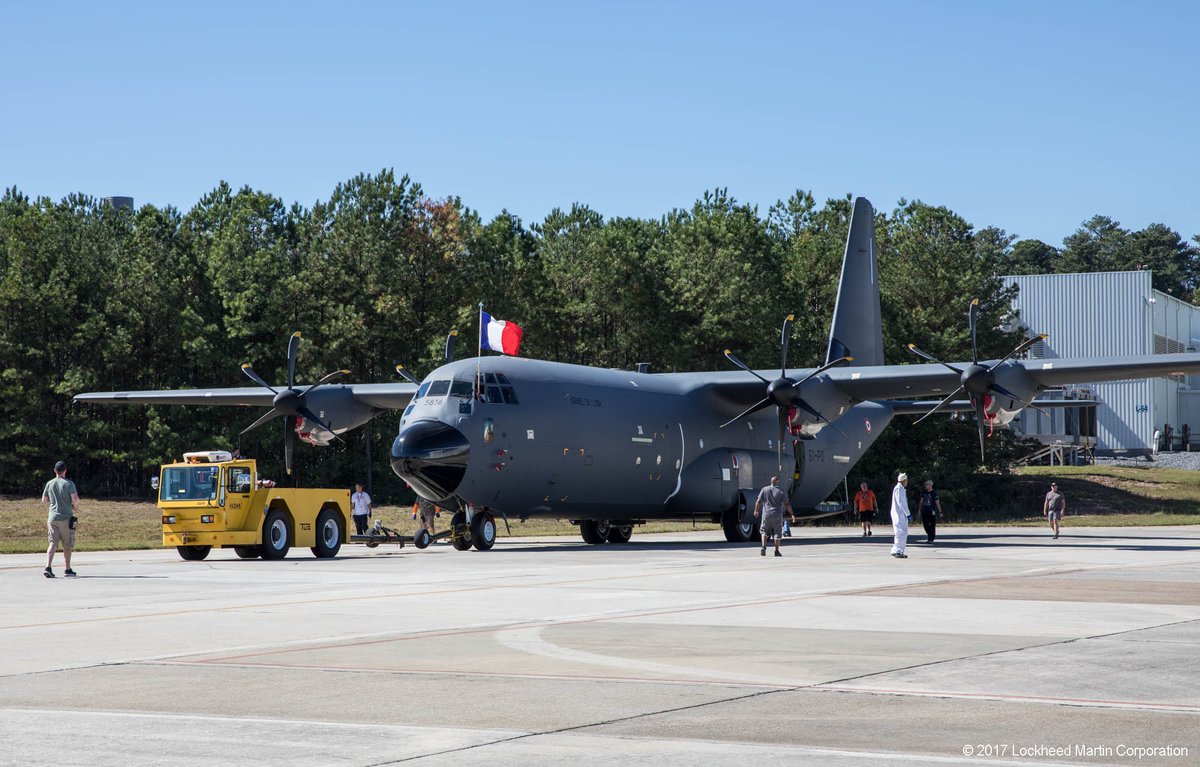 Isn't it similar to A400M ? Why are they buying US stuff while they produce their own equivalent ?

Actual problems could make it rather inferior.

Actually what they should be doing is buying the An-70 from the Ukraine, which is superior to both aircraft by a significant margin.
Admin

Isn't it similar to A400M ? Why are they buying US stuff while they produce their own equivalent ?

Because it is bigger with higher payload and greater range. It is a middle option between C-130 and C-17. They are buying C-130Js as tankers for their helicopters as the A400M has not been certified for it yet. It will form a joint squadron with German aircraft of the same type. 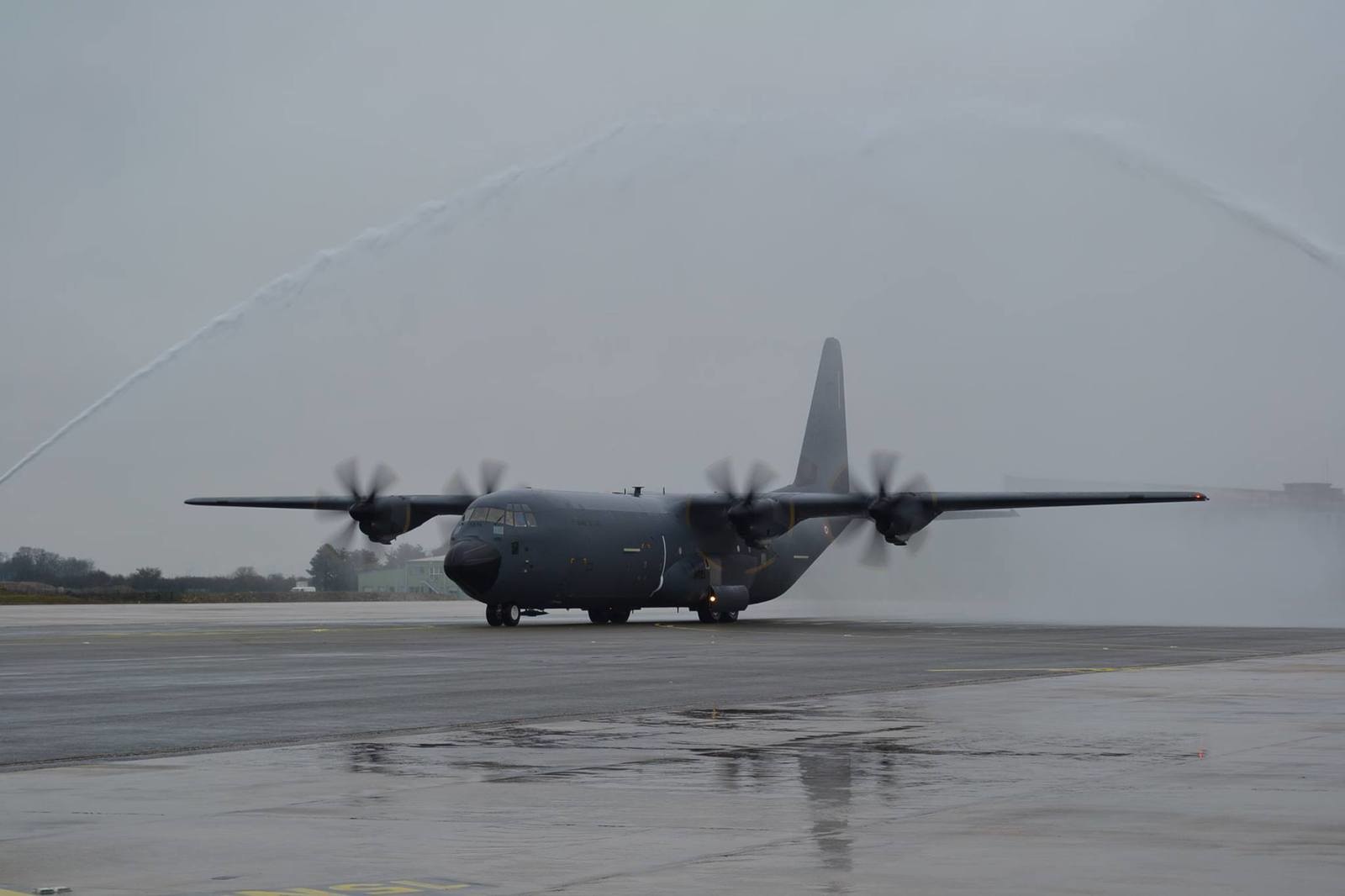 PARIS ― The French Air Force has taken delivery of a second C-130J Super Hercules transport plane, which flew across the Atlantic Ocean to land at the Orleans air base, the Armed Forces Ministry said.

The French Air Force receives the first Airbus A330 MRTT

On July 6, 2018, the Ministry of the Armed Forces of France distributed photographs of the first French-built Airbus A330 MRTT (French official name Phénix) refueling tank in the full color of the French Air Force. It is reported that the aircraft (serial number 1735) will be handed over to the French Air Force in the near future and on July 14 will take part in the air of the military parade in Paris in honor of the Bastille Day. 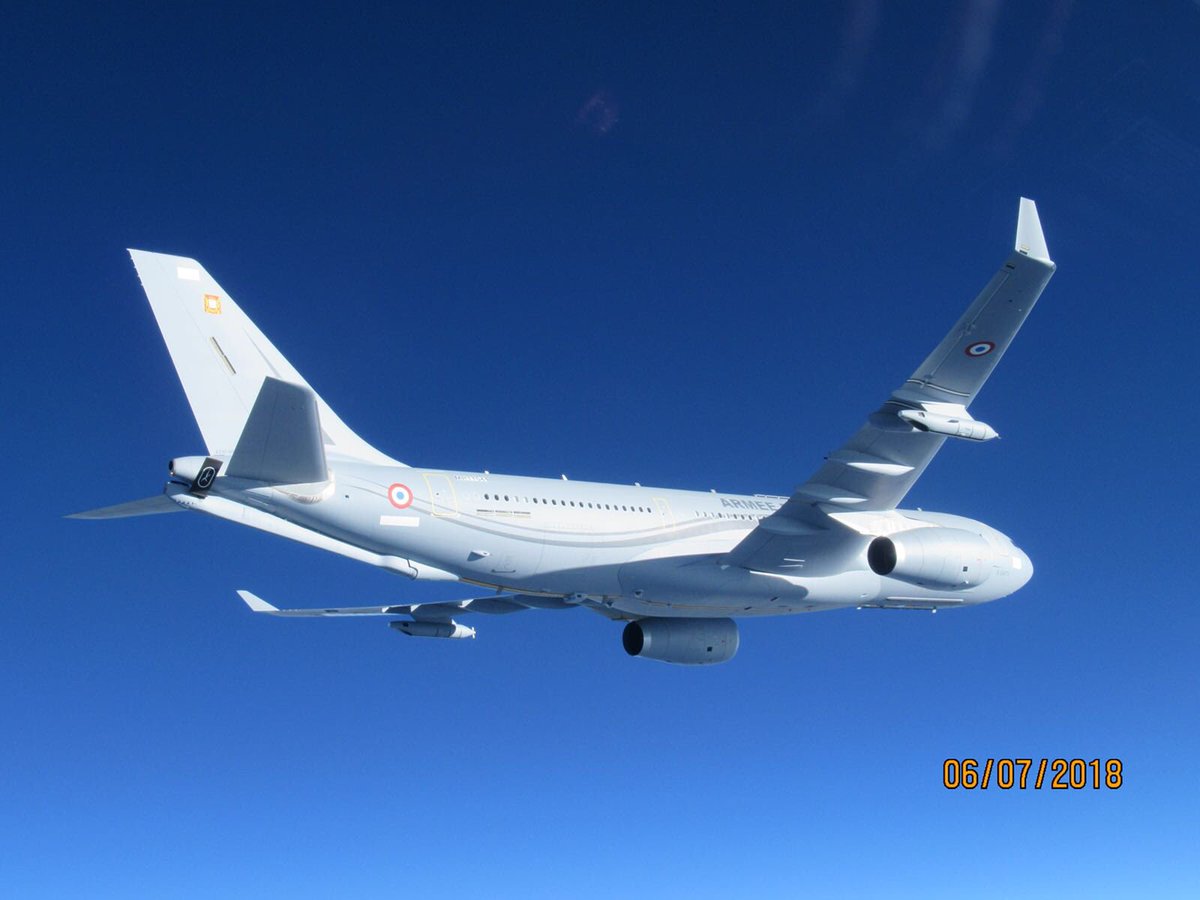 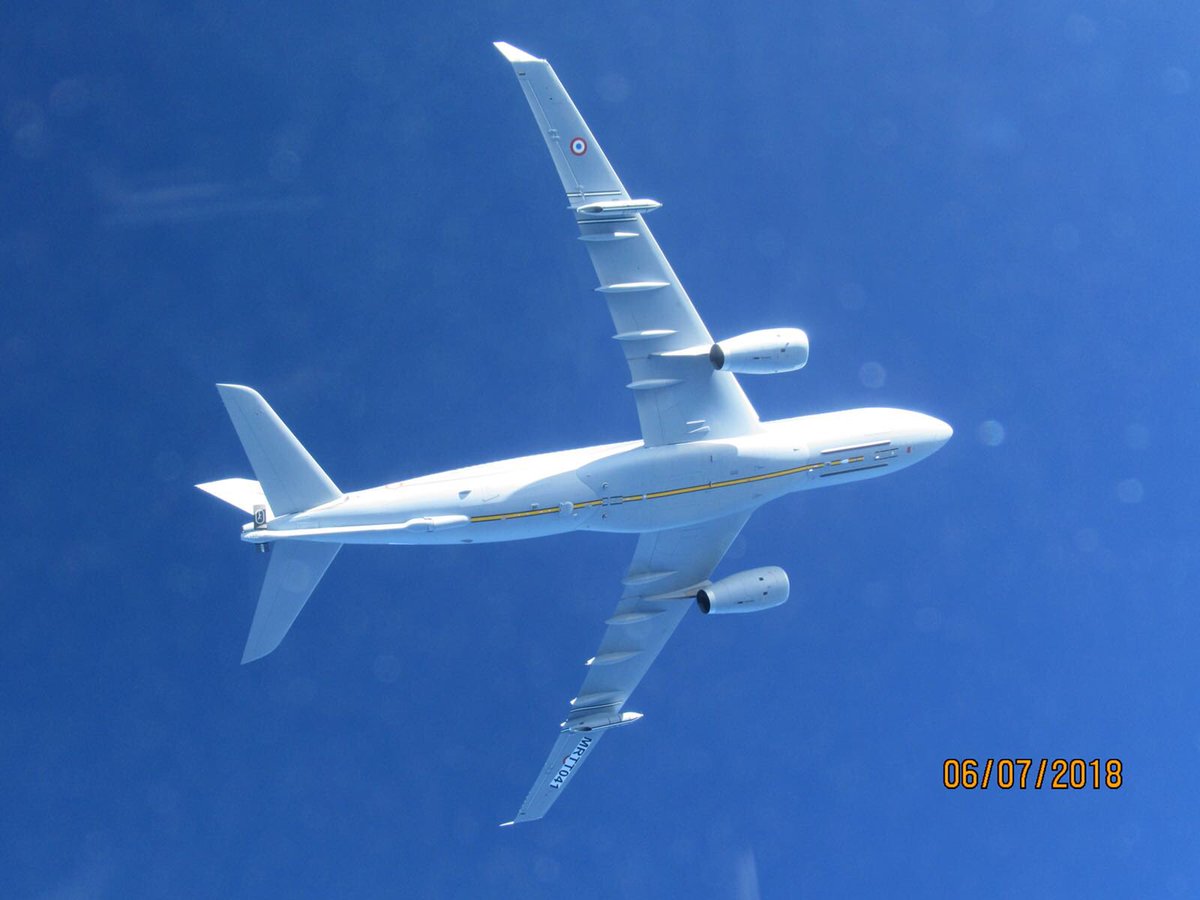 On July 6, 2018, the Ministry of the Armed Forces of France distributed photographs of the first French-built Airbus A330 MRTT (French official name Phénix) refueling tank in the full color of the French Air Force. It is reported that the aircraft (serial number 1735) will be handed over to the French Air Force in the near future and on July 14 will take part in the air of the military parade in Paris in honor of the Bastille Day.

And it is my boy

arrived to his base now 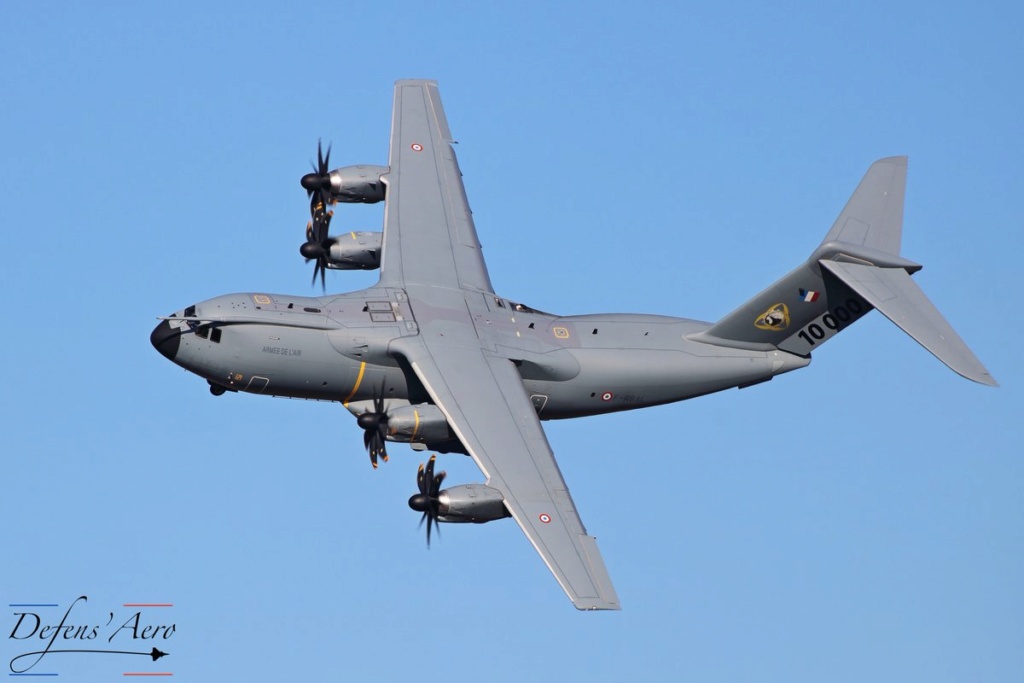 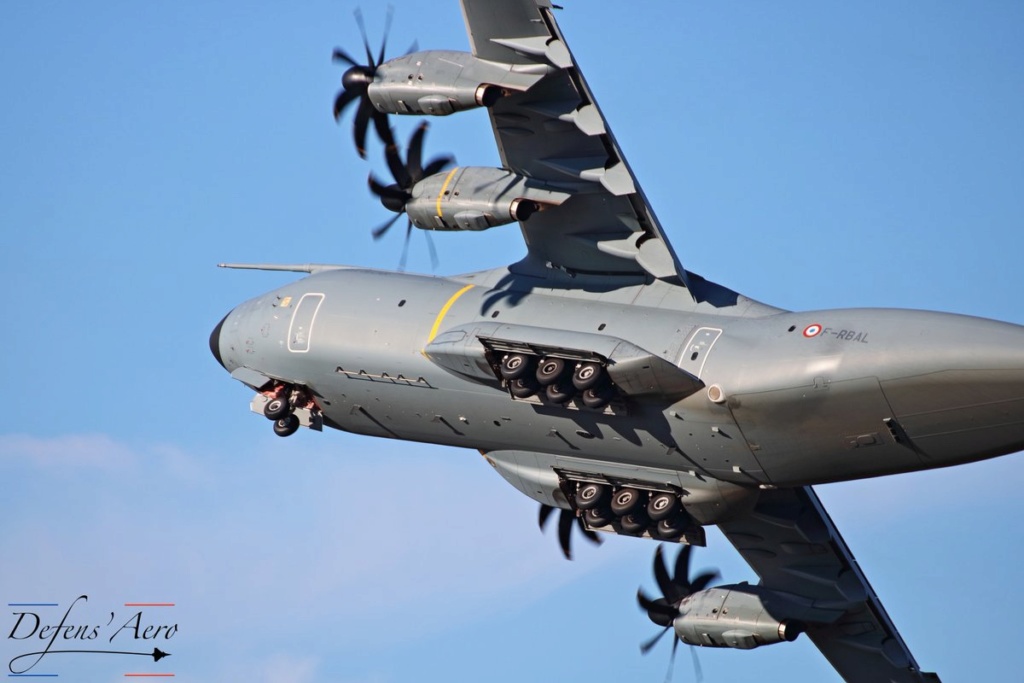 French successes in the fight against Russia

In the French Air Force, it is reported in social media that since 2007 France has been the second most important participant in the NATO air patrol mission in the Baltic States (Baltic Air Policing). During this mission, the French Air Force carried out seven deployments in the Baltic States since 2007, totaling 3,600 hours on 2,800 sorties and making 82 interception of Russian aircraft.

It is also reported that the DRLO and Boeing E-3F Sentry aircraft of the French Air Force have made 26 flights over Poland since 2014 and six flights over the territory of the Baltic States.

According to the well-known aviation resource Scramble, the French Air Force received all 17 turboprop PC-21 training aircraft built for them by the Swiss company Pilatus Aircraft. The aircraft were part of the flight school of l'École de Pilotage de l'Armée de l'Air 00.315 "Général Pierre Jarry" (EPAA00.315), carrying out the main stage of the flight training of flight personnel of combat aircraft of the French Air Force, and are based on the airfield Cognac-Chateaubern (Cognac / Châteaubernard) in the south of France. In the fleet of this school, the RS-21 aircraft replaced the piston Socata TB-30 Epsilon training aircraft operated since 1984. 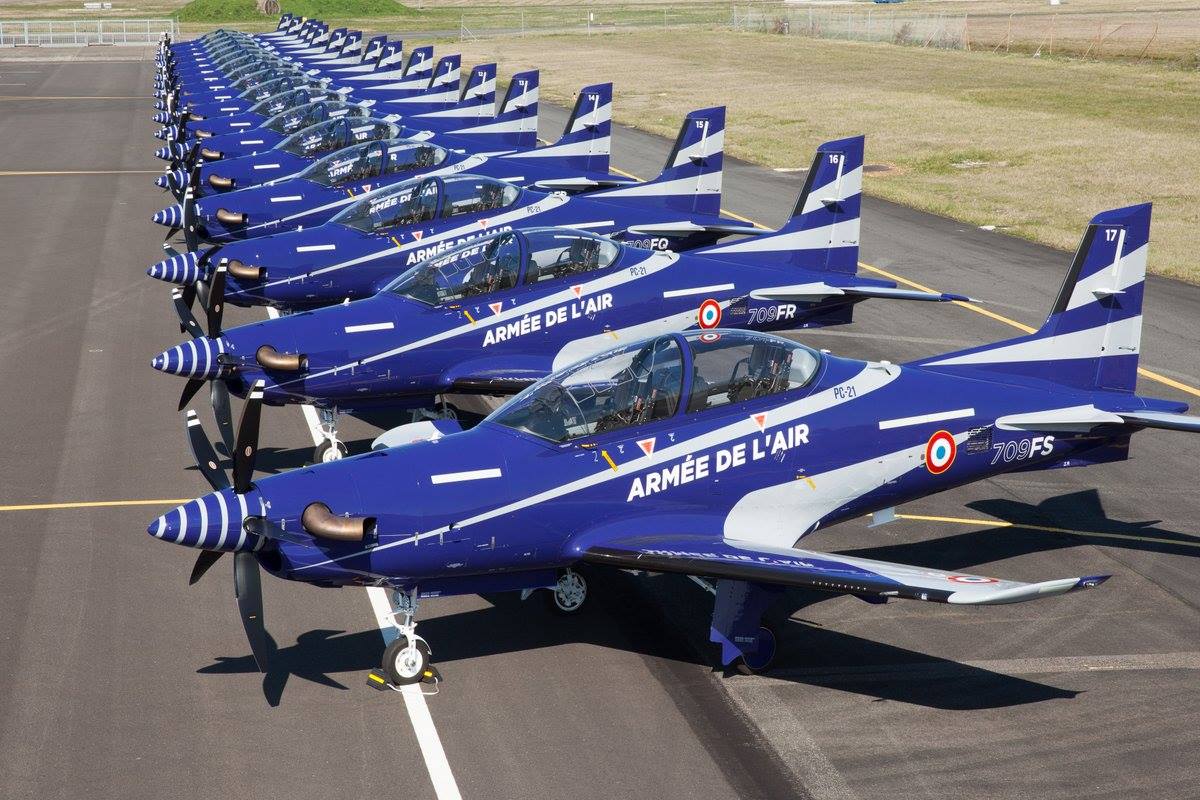 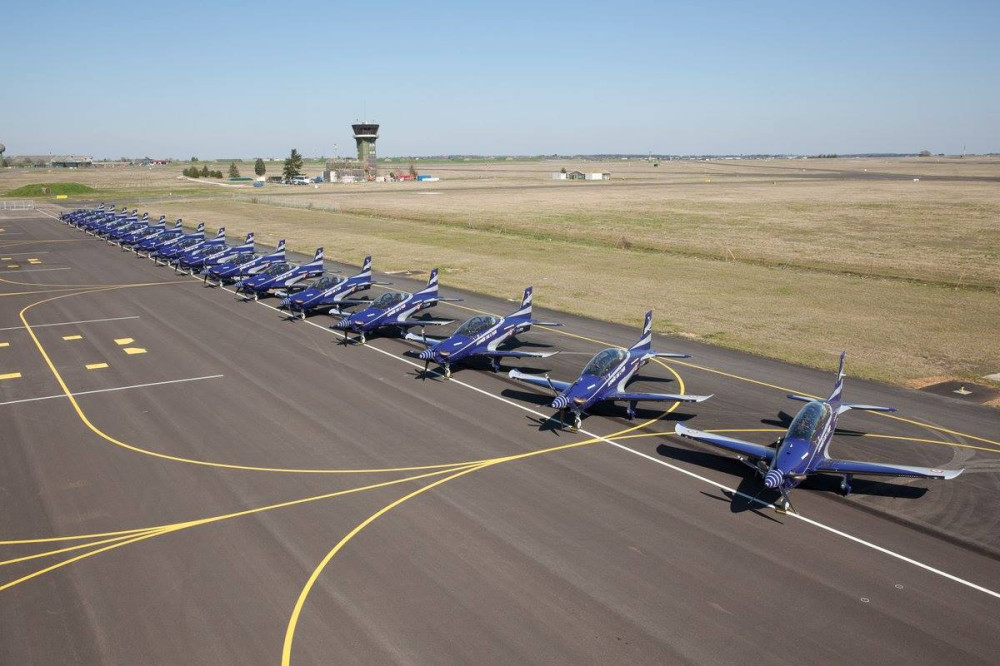 It’s not every day that you see a French Air and Space Force (FASF) fighter fly over the Hawaiian Islands, especially “playing nice” with another fierce air dominator, like the F-22 Raptor. But even the most feared fighters need to behave and cooperate, for the higher purpose. If individually they are each a force to be reckoned with, together they can truly dazzle.

Last week’s international air combat training at the Joint Base Pearl Harbor-Hickam, in Hawaii, was the first time a French F3-R Rafale showcased its abilities in the Hawaiian airspace. As the “host”, the Hawaii Air National Guard (ANG) F-22 Raptor was the one to lead the way. The 2 were the main players in the Wakea exercise, supported by two A400M Atlas 4-engine turboprop military transport aircraft, one A330 Phenix refuelling tanker, and 170 FASF personnel.

The French Rafale was developed by Dassault Aviation as the only aircraft in the world that can be considered “totally omnirole”. That’s a big statement, but what is certain is its ability to conduct an entire array of combat missions, from interception and air-to-air combat, to deep strikes, maritime strikes, nuclear deterrence, plus real-time tactical reconnaissance.

Another one of the F3-R’s assets is the ability to carry 1.5 times its weight in weapons and fuel. Speaking of which – after its latest upgrade a few years ago, it integrated a high-performance MBDA missile, the laser-guided version of the Safran AASM air-to-ground modular weapon, plus the Thales Talios new-generation laser designator pod.

From June 27 to July 5, three of FASF’s primary fighters got to practice air combat synchronization and other interoperability tasks with the Hawaiian F-22 Raptors. Another important element of the training was exchanging best practices related to aerial refueling, which is key during fighter operations – so, the Hawaii ANG personnel got to see what it’s like to operate the French A330 Phenix tanker.

According to Hawaii ANG officials, it’s a rare opportunity to train together with the French forces in this particular location in the Pacific, which is part of a broader effort to reinstate France’s balancing role in the region and partnership with the U.S. Air Force.