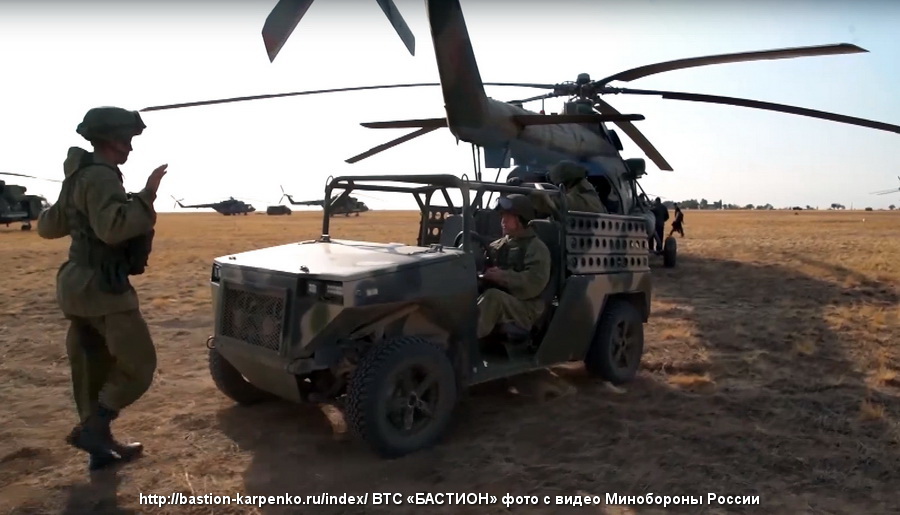 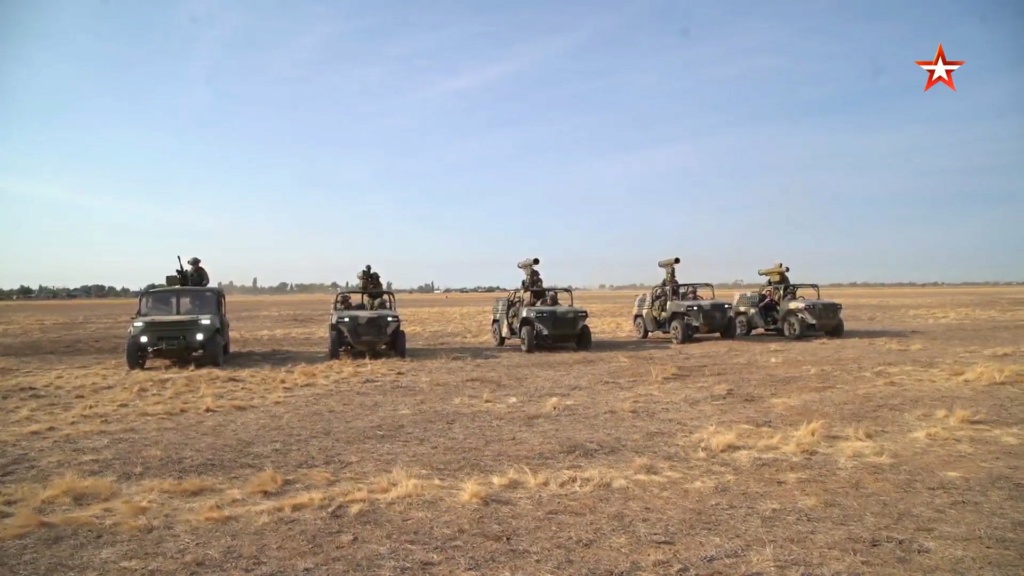 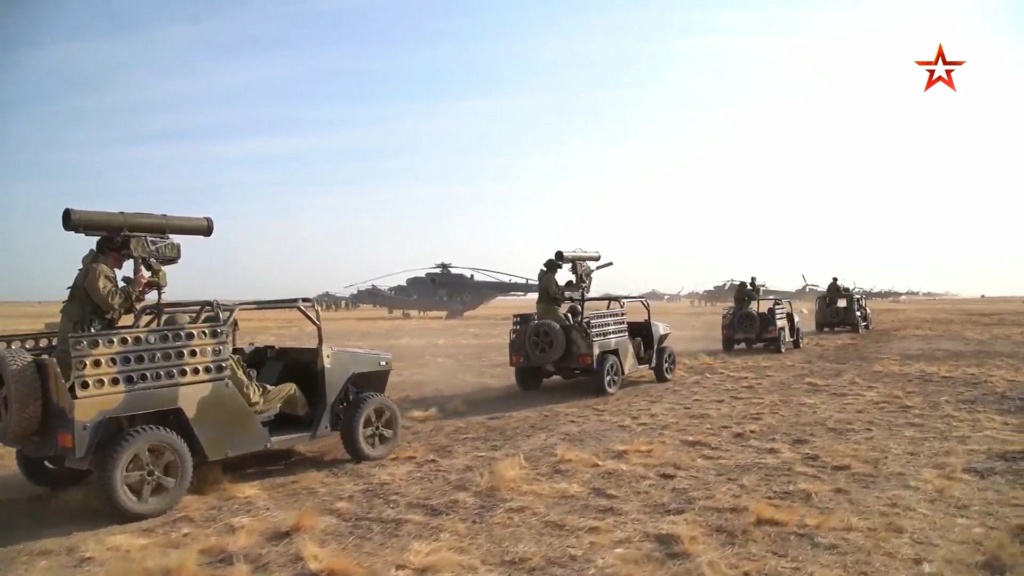 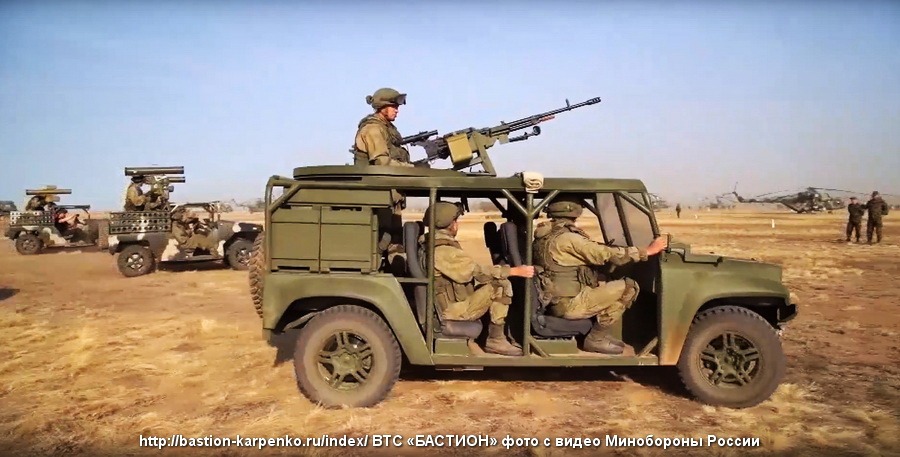 Interesting that in post number 326 above the middle photo with the vehicles in a row it appears to be the first from the left with a HMG, which is presumably the command vehicle, and then four missile armed vehicles... but the first and last seem to be Konkurs missiles, while the two middle missiles are Kornet.

Very sensible, because not every target will require a Kornet missile in terms of penetration power or range. The Konkurs can manage about 800mm of penetration, out to about 4.5km of range, which would be quite enough for dealing with enemy positions like HMGs or snipers or even just light armoured vehicles. The Kornets could be used against ground targets out to 8.5km or even helicopters if they wanted to...
Hole 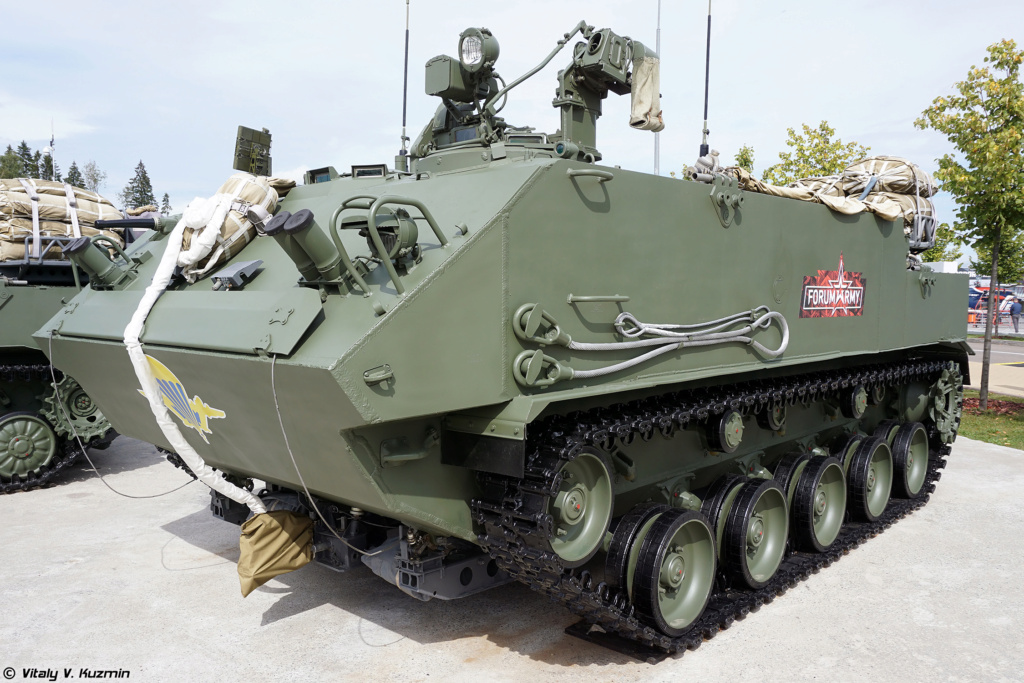 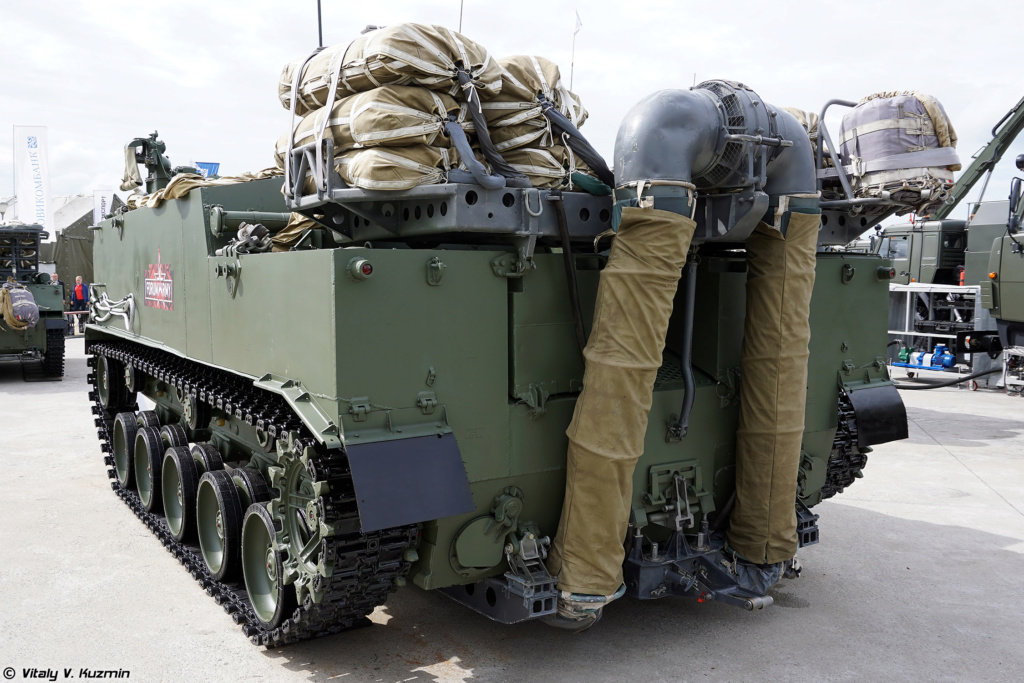 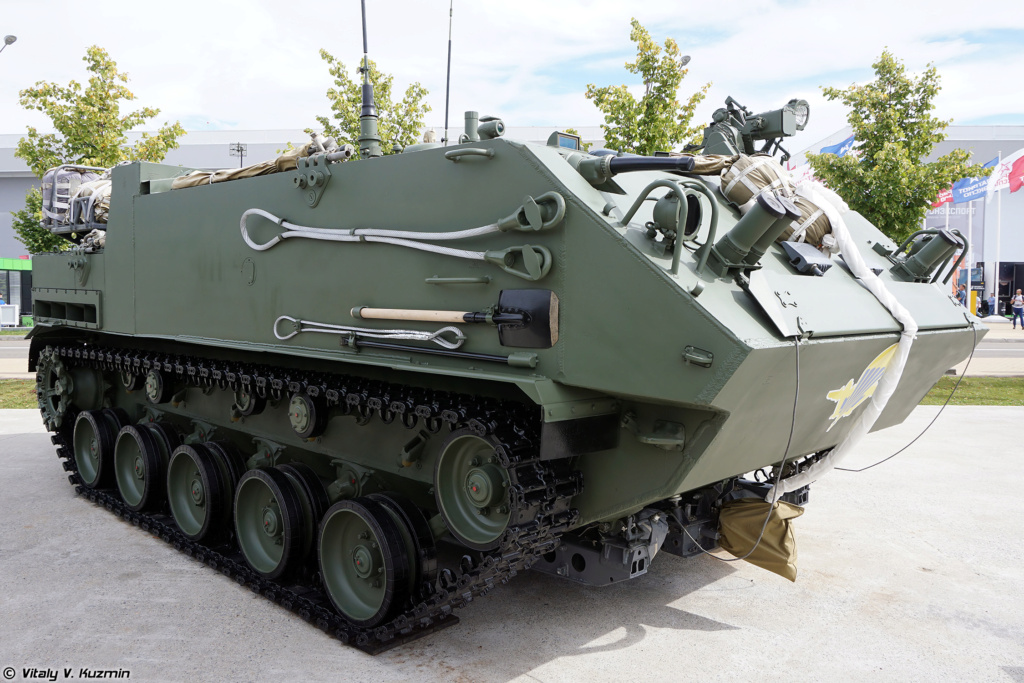 Airborne to receive only 2,500 conscripts this draft as compared to 6,000 in the last draft.

"The cherished path to the vest and blue beret will be closed to some recruits due to the reduced recruitment of young soldiers in the Airborne Forces. Only the best of the best recruits will go there.

Of course, there is no talk of a regular sequestration in the Airborne Forces. The number of Russian winged infantry will remain within 45 thousand people. However, in recent years, in connection with the increased tasks of the Airborne Forces and the arrival of high-tech military equipment in their brigades and divisions, the generals have stepped up the recruitment of contract servicemen. This is precisely what explains the lowering of the landing call bar.

According to the head of the organizational and mobilization department of the headquarters of the Airborne Forces Dmitry Satarov, the demand for conscripts this fall and winter will be limited to 2.5 thousand guys. For comparison, six months ago this figure was 6 thousand recruits. But conscripts from 64 regions of Russia will join all formations and units of the Russian winged infantry, with the exception of the 31st separate airborne assault brigade in Ulyanovsk. For several years now this connection has been completed exclusively by professionals."
George1

The Stayer is designated for special forces’ airdrops from aircraft flying at speeds of up to 350 km/h, with an additional payload of up to 50 kg and can be used in the conditions of the Extreme North

"Stayer" was developed in the framework of the ROC "Juncker-On" specialists of JSC "Polyot" Ivanovo parachute plant technodynamics. The creators of the system were awarded departmental awards "for strengthening the combat community".

"The development of the Steyer was carried out on an initiative basis in the interests of the Ministry of defense. The system has no analogues on the Russian market, has unique capabilities and has managed to prove its reliability during the exercises. To date, the Stayer has been put into service and the first systems have already been sent to the troops, "commented Igor Nasenkov, General Director of Technodinamika holding.

Rotary-winged infantry: the airborne forces began to create battalions of a new type

The development of the organizational and staff structure of the new type battalions, as well as other guidance documents, will be completed by the end of the year, Izvestia sources in the military department told. And from next year, new divisions will begin to form. According to the plans of the Ministry of Defense, an airborne battalion will appear in each airborne assault brigade. One or two such battalions will be created in each airborne and airborne assault divisions.

Airmobile units, in contrast to the actual airborne troops, are parachuted by helicopters. At the same time, they can land on any terrain. Depending on the conditions, the fighters will jump out of the landed car, descend on cables, and, if necessary, parachute from a height. This allows, during the operation, to quickly concentrate forces in the desired direction, and in places where ground equipment will not reach. In addition, the helicopter fleet can be located directly next to the military camp of the paratroopers.

“The formation of units on helicopters will expand the possibilities for their use,” Colonel Valery Yuryev, chairman of the Union of Russian Paratroopers, explained to Izvestia. - Depending on the situation, the commander will make a decision: to land by parachute or helicopter. In fact, paratroopers can quickly arrive and complete missions in any region on any terrain - in the mountains, in forests, in deserts, anywhere. If necessary, we will emerge from the ground and destroy the enemy.

The first experiments on the use of airmobile forces took place during the Center-2018 exercises. The unit landed behind enemy lines and played a large role in the success of the operation. In the future, this component was involved in all major maneuvers with the participation of the Airborne Forces. The experience of using airmobile units was considered successful. The only thing that delayed the transition to airmobile units was the speed of helicopter construction.

Last year, the head of the Duma Defense Committee and former commander of the Airborne Forces, Vladimir Shamanov, said in an interview with Izvestia that in the coming years "we will move on to the massive saturation of our troops with modern multipurpose and attack helicopters."

In turn, the current commander of the Airborne Forces, Colonel-General Andrei Serdyukov, emphasized in an interview with Izvestia that "airborne assault formations of a new type are capable of independently operating in the enemy's rear in cooperation with military units of army aviation."

A large-scale reform of the Russian Airborne Forces began in 2019. It assumes a fundamentally new approach to their use. In Soviet times, the military leadership believed that the blue berets would be used in massive amphibious operations in the European theater of operations. It was assumed that the airborne divisions (VDD) would be parachuted into the enemy's rear in full force. These formations did not have heavy weapons and equipment.

After 1991, only four airborne divisions remained in the Armed Forces, the purpose and use of which could not be decided for a long time. In local conflicts, paratroopers were used simply as well-trained infantry. Several years ago, airborne assault brigades began to be revived as part of the Airborne Forces. These units are equipped with tanks, artillery and drones.

After the completion of the reform, the Airborne Forces should become the backbone of the rapid reaction force. If necessary, they will be able to quickly arrive in any region of the world and solve military and military-political tasks there or conduct humanitarian operations. Therefore, the paratroopers are equipped with everything necessary so that they are able to operate autonomously for a long time, far from their homeland and without the support of other troops. The paratrooper commander will have at hand a wide variety of weapons, vehicles for all occasions, modern control and communications systems, and supplies of material and technical means.

Earlier, Izvestia reported that the Ministry of Defense had decided to start purchasing Sprut-SDM1 self-propelled artillery mounts. In terms of firepower, the vehicles are not inferior to tanks, while they are able to overcome water obstacles and parachute. Airborne operations, in the formations of which they will enter, will be much more efficient, experts said. In addition, according to experts, such a technique is indispensable in areas where there are many water obstacles.