500 Rus. paratroops carried out first ever jump over Crimea

"At this moment, the brigade is entering newest samples of automobile and armored technologies in its tables of equipment," he said. "Take for instance the BTR-82A, a most powerful fire weapon that ensures duly performance of tasks by the special assignment units."

Also, special assignment units of the Airborne Troops are getting new light armored cross-country vehicles for cruising unknown terrain. "These vehicles can be airlifted for supporting the operations of specialized forces and for airdropping."

The BTR-82A is a substantially modernized Russian armored personnel carrier. Compared with the original model, it has a much higher degree of protection and a new radio station with TRONA-1 topographic navigation system and satellite channels for obtaining navigational data is installed on it.

The APC’s firepower has been boosted substantially, too.

The vehicle has a 30 mm gun and a 7.62 mm caliber machinegun.
Guest

"Andromeda-D automatic control system has successfully passed a cycle of trials at the Arctic altitudes, Valery Salamov, head of the lead department of communications, the Ryazan Higher Airborne Command School named after V.Margelov, has reported. "On the last drills in the Arctic zone in which the regiment participated the system worked fine. There were no glitches. The tablets, command posts, communication devices and all else operated normally," Salamov said.

In addition, following other trials and drills, including the Center-2015 command post event, the Andromeda-D ACS was evaluated by the military in the highest of terms. It was reported that the United Instrument Manufacturing Corporation /UIMC, incorporated by the Rostec Corporation/ started, in 2015, lot supplies of the Andromeda-D ACS to the Russian Airborne Troops. Russia proposes creating an integrated system for controlling the Collective Security Treaty Organization /CSTO/ member states’ rapid response forces. 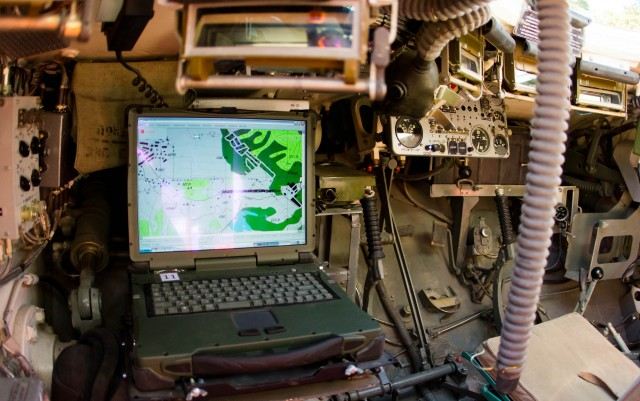 The Andromeda-D ACS is a complex of automatic devices for equipping stationary and mobile troop command posts. Depending on the task, it can be mounted on a chassis of a biaxial Kamaz truck, BTR-D armored personnel carrier and BMD-2 or BMD-4 amphibious infantry fighting vehicle. Andromeda-D is developed specifically for airborne troops and is adapted to loading onto a plane, flying and landing. Andromeda-D offers a complete array of multimedia services like facsimile communications, video conferencing, data transmission and special purpose telephone communication."

I can't find back-up for this news but this article suggests the start of the formation of the 97th Guards Airborne Regiment in Crimea. It will become the 3rd regiment of the 7th Airborne Division.
http://bmpd.livejournal.com/1595469.html

Apparently if we are to belive TASS, Russian VDV might get two squadrons of attack drones in 2016. Question is...which drones

Shamanov: one airborne brigade in southern Russia will be strengthened

Kamyshin (Volgograd region) on January 20. / TASS /. Paratroops Brigade, stationed in the town of Kamyshin, will be reinforced with reconnaissance battalion and a tank company. He told reporters the commander of the Airborne Troops Colonel-General Vladimir Shamanov.
"A team of last year took part in the exercise" Center-2015 "and was rated excellent. To now hold these positions, it is necessary to move forward. In particular, this year identified a number of organizational changes, for example, on the basis of a reconnaissance company until June 1, must be formed with a company of reconnaissance battalion of special forces, will also appear a tank company, which will increase the combat power of the team, "- said Shamanov.
Shamanov said that the team now rearming on a modern armored vehicles and at the same time it is planned to create car segment desantiruemye technology. "This work is conducted within the framework of development work" Typhoon "to" Kamaz "- said the commander of the Airborne Forces.
Earlier, he said that stationed in the city Kamyshin Paratroops Brigade in the next two years will receive a new landfill, the construction will begin in the spring. He noted that the landfill will be used for all kinds of weapons, and next to it is the landing area for equipment and personnel.

So one of VDV brigades will receive tanks? and what type?
George1

"Technodynamics": a new parachute system for VDV has successfully passed the first stage of state tests

The battalion will be stationed in the town of Dzhankoy, in the north of the Crimean Republic near an aviation regiment

MOSCOW, February 18. /TASS/. A battalion of Russian airborne forces will be deployed on a permanent basis in Crimea in 2017-2018 and will be reorganized into a regiment in 2020, a source in Russia’s Armed Forces General Staff said on Thursday.

"A decision has been taken to deploy an air assault battalion of the 7th division in Crimea within two years - 2017-2018. On its basis, a third regiment will be created after 2020," the source said.

The battalion will be stationed in the town of Dzhankoy, in the north of the Crimean Republic near an aviation regiment.

Commander in Chief of Russia’s Airborne Troops Vladimir Shamanov earlier said an air assault regiment could be deployed in the peninsula.

Third shelf in the composition of the VDV divisions will appear not earlier than 2020. On Thursday, February 18th, was reported by TASS source in the General staff.

"Last January 29, expanded Board of the Ministry of defence the establishment of the third regiments in airborne assault and airborne divisions of the airborne troops made beyond 2020," said the source.

The Pskov division of the airborne troops on Wednesday started command-staff training exercises, which worked through the capture of enemy airfields. The maneuvers will last until February 20.
During the exercise was the landing of parachute troops over a thousand people. Bail was also parachuted military vehicles - BMP-2.
The landing was carried out near villages Vishnyaki, Sarajevo and acid peel this gentle peel of the Pskov region.
After the landing of paratroopers and transport planes dropped paratroopers directly on the airfield near the city Island.
As reports RIA Novosti news Agency, were involved in two military airfield, located in the border areas of the Pskov region, but their locations are not specified.
After landing the troops made a forced March to one of the area polygons.
20 minutes before the application of the fundamental forces in the districts was abandoned several scout groups that have carried out "reconnaissance and search actions to identify conditional forward detachments of the enemy", the press service of the defense Ministry.

The battalion will be stationed in the town of Dzhankoy, in the north of the Crimean Republic near an aviation regiment

MOSCOW, February 18. /TASS/. A battalion of Russian airborne forces will be deployed on a permanent basis in Crimea in 2017-2018 and will be reorganized into a regiment in 2020, a source in Russia’s Armed Forces General Staff said on Thursday.

Not really relevant but yesterday and today is the anniversary of the heroic last stand on Height 776. 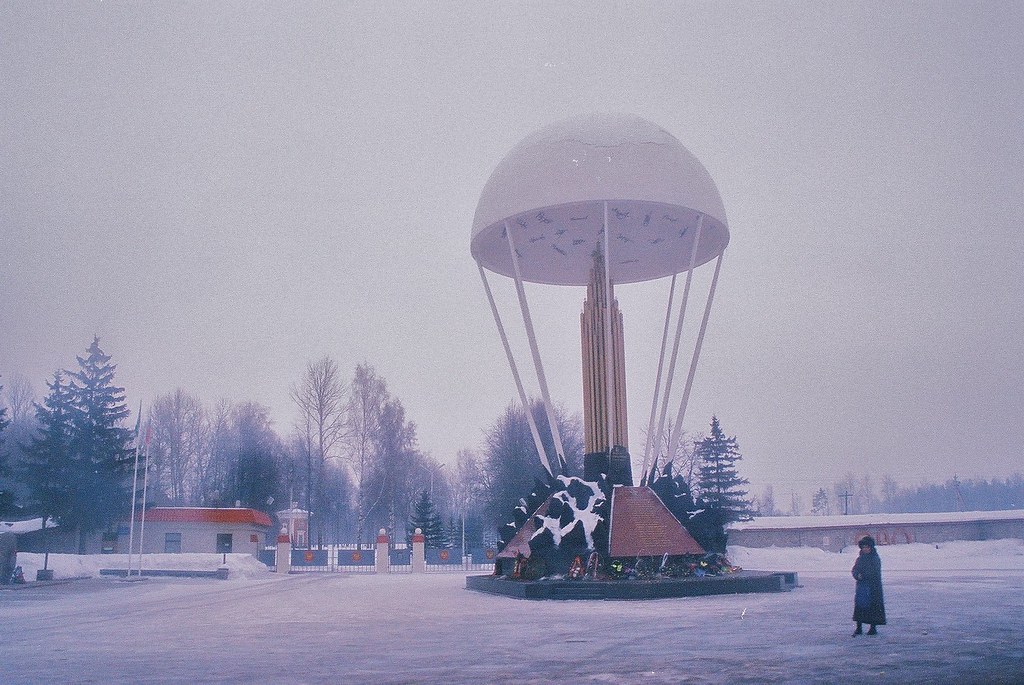 higurashihougi wrote:Not really relevant but yesterday and today is the anniversary of the heroic last stand on Height 776.

R.I.P. brave soldiers! they were defending against turk/Saudi war before it moved to Syria
Viktor

Still better than cancellation of the increase altogether

MOSCOW, May 11. /TASS/. The Russian Airborne Force will start setting up tank companies furnished with upgraded T-72B3 tanks in the second half of 2016, a source in the Russian Defense Ministry told TASS on Wednesday.

"The Russian Airborne Force will start setting up tank companies armed with T-72B3 tanks in the second half of the year. They will be expanded into tank battalions within the next two years," the source said.

TASS does not have any official information.

Airborne Force Commander Vladimir Shamanov said earlier that the Airborne Force would set up six tank companies before the end of 2015. The source did not specify the reason for the delay.

MOSCOW, May 24. /TASS/. Tank battalions will be set up within six air assault large units of Russia’s Airborne Force before the end of 2018, a high-ranking source in the Airborne Force told TASS on Tuesday.

"All our air assault large units, i.e. two divisions and four brigades, will start setting up tank companies in the second half of the year. We are planning to complete this work by the end of the year to transform these companies into battalions," the source said.

TASS does not have any official information.

According to the source, these plans were not fulfilled "due to financial problems."

"These plans have been adjusted and we will start fulfilling them in the second half of the year," the source said.

Can we finally put to bed the claim that Typhoon-K wont be air-droppable?

Russia to Deploy Airborne Forces Battalion in North Crimea in 2017

"At the moment the decision on the appointment of Andrey Serdyukov has already been made at the level of the Ministry of Defense ... We are waiting for the Russian president's decree", - the interlocutor of the edition stated.

According to the newspaper, Serdyukov has already left the Southern Military District and arrived at the headquarters of the Airborne Forces in Sokolniki.

The current commander of the Airborne Troops Colonel-General Vladimir Shamanov was approved by the Presidium of the General Council of "United Russia" candidate for the post of the head of the defense committee in the State Duma of a new convocation. The final decision will take the Parliament in plenary session on 5 October.
George1

Russian paratroops, armaments to be airlifted to Egypt for exercise

MOSCOW, October 4. /TASS/. A contingent of Russian paratroops with standard armaments and equipment will be airlifted to Egypt for an exercise, the Russian Defense Ministry has said.

"For the first time ever Russia’s military transport planes will promptly airlift Russian paratroops and equipment to Africa. It will be the first large-scale operation for the Russian military to airlift paratroops to Egypt," the ministry said without mentioning any dates or the strength of the contingent.

Earlier, the Defense Ministry said that Russia and Egypt would hold a joint exercise in October to practice an operation against terrorists in the desert. Observers from more than 30 countries will monitor the exercise.