Still, he was an active advocate of creating a gold standard African dinar currency, and pushing to stop trading natural resources for empty bills.
That is outrageous, in a second idea he could dispute the policy of the central bank of France, holding the reserves of half Africa on its own accounts.

I quote from Counterpunch >>

"Gaddafi’s crime in the eyes of the West was not that he was an authoritarian dictator – how could it be when their closet ally in the region is Saudi Arabia? His crime in their eyes, it was revealed in a tranche of classified Clinton emails, released by Wikileaks in January of this year, was his intention of establishing a gold-backed currency to compete with the euro and the dollar as an international reserve currency in Africa. In this regard the then French president, Nicolas Sarkozy, and then US secretary of state, Hillary Clinton, were key actors in pushing for NATO intervention.

The classified emails prove beyond any doubt that what took place in Libya was a monstrous crime for which those responsible have yet to be held accountable.

[It] is Clinton who was filmed clapping her hands and laughing at the news of Muammar Gaddafi’s murder in 2011. It is Clinton who pressed for the military intervention that ended in Libya’s destruction. And it is Hillary Clinton who has the gall to present herself as a moral giant in comparison to her rival for the US presidency."

So France wants to continue robbing its former colonies. This yet another "civilized" country provoked the war by supporting terrorism, which ended up killing the Libyan leader and utterly wiping out the country. I know that Gaddafi is no longer comfortable for France and the USA.
d_taddei2

Syria was still operating mig-25RB at the start of the war, there was an article talking about how a mig-25 bombed targets. I'd imagine that they soon retired them due to cost and having other aircraft that could bomb targets but far cheaper.

In regards to upgrading mig-25 I don't see the need in its current form they are still capable at what its designed to do. Only option that could have been considered was mig-31. I think that maybe Algeria is waiting for Russia to design and produce replacement of mig-31 and just keep the mig-25 in service until then. Or maybe we will see them purchase mig-31 once mig-25 start to fail or cause parts issues.

A good link of the mig-25 and talks about the peleng automatic bombing system. 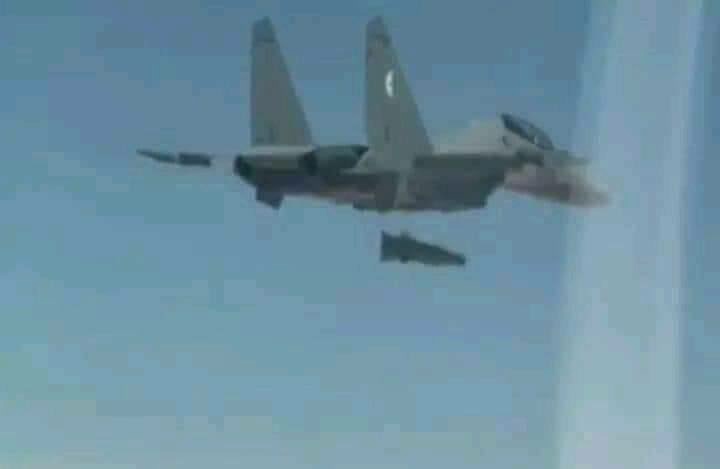