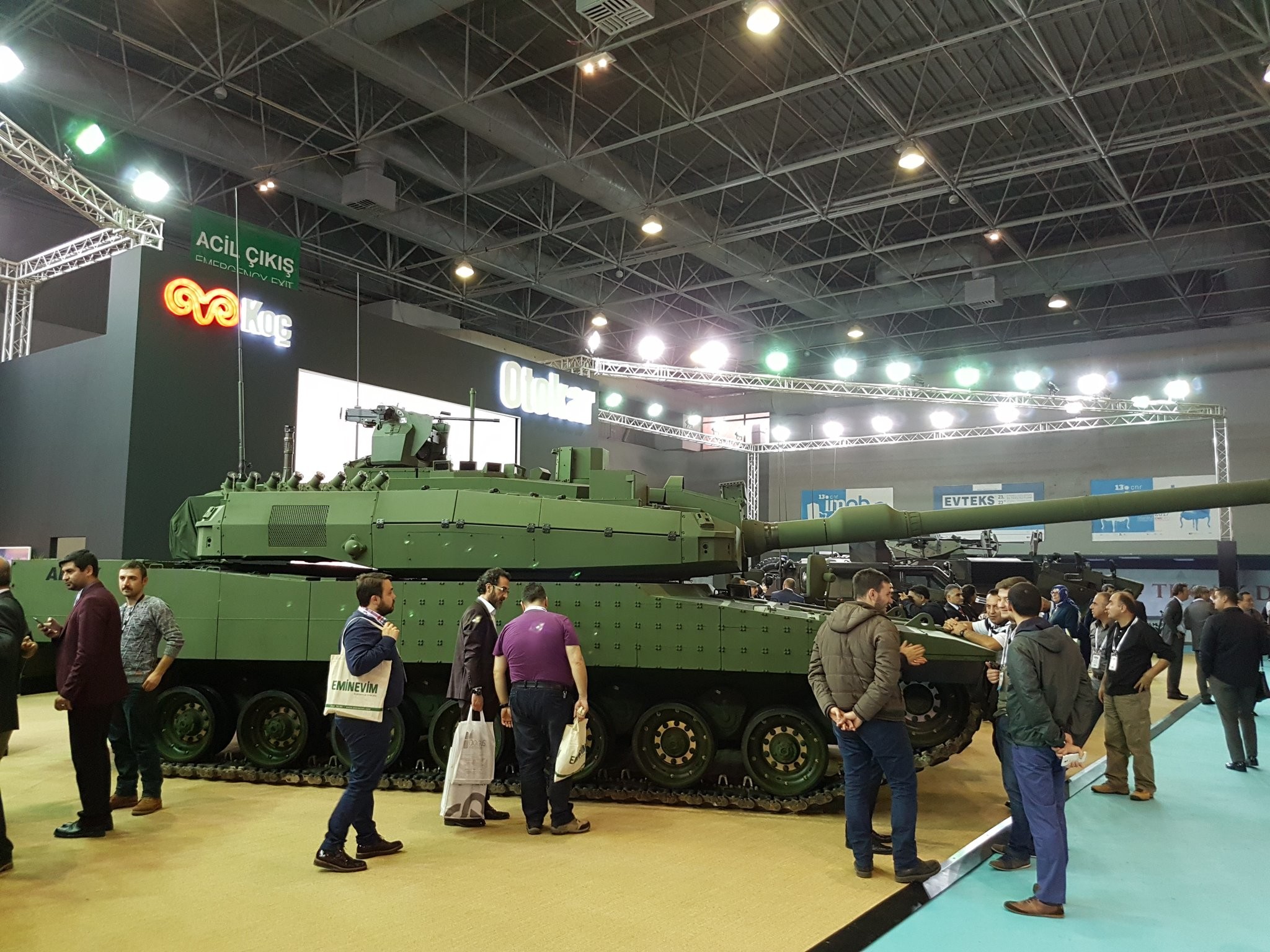 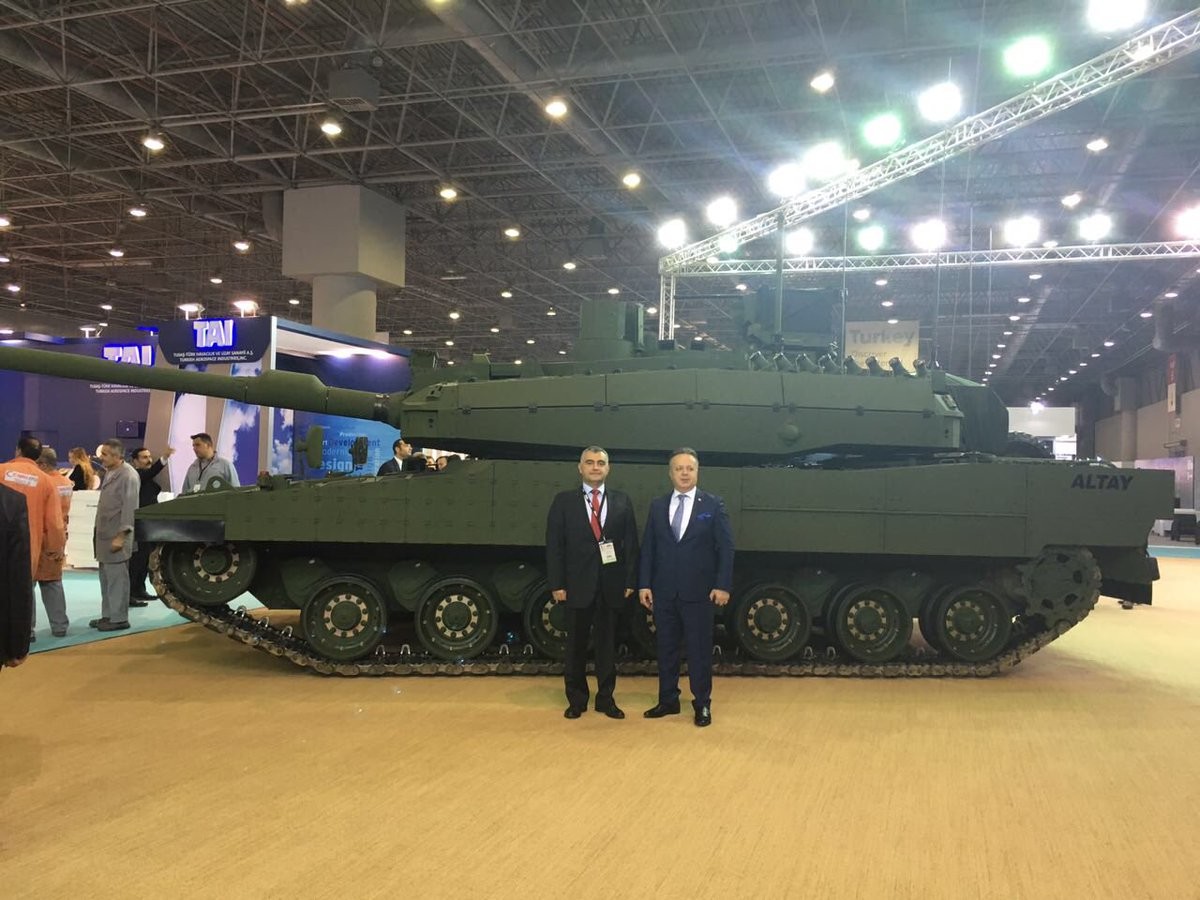 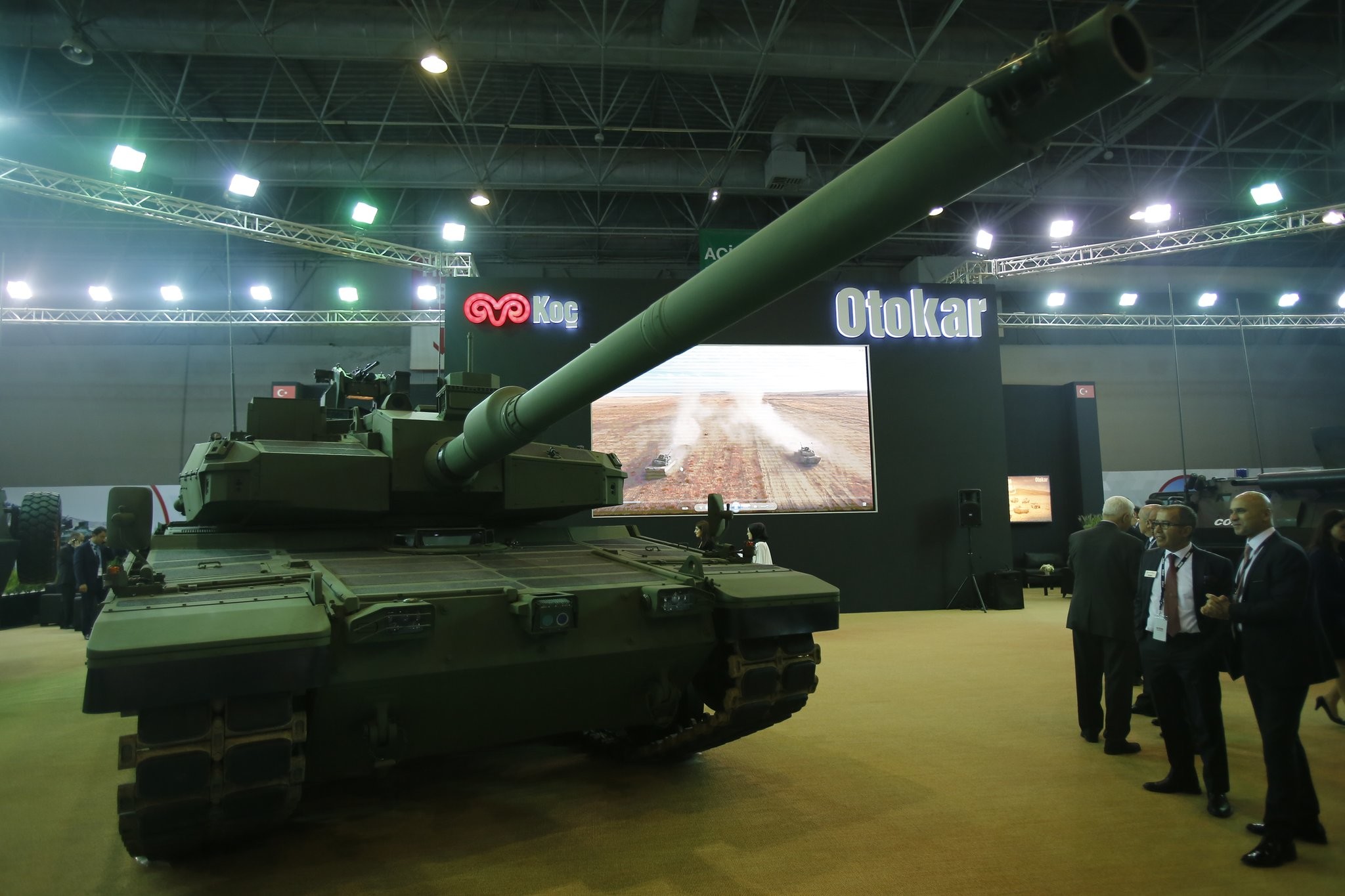 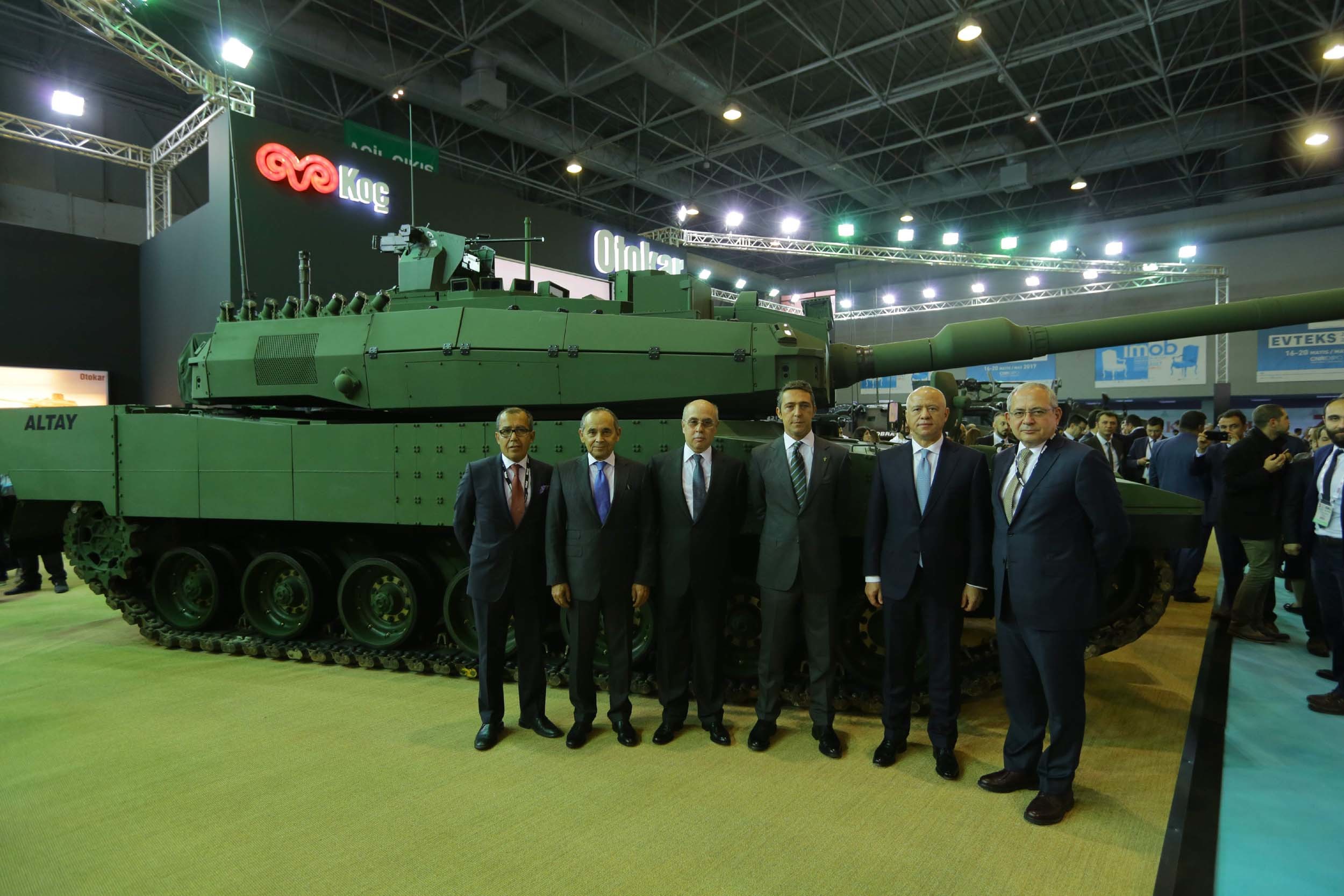 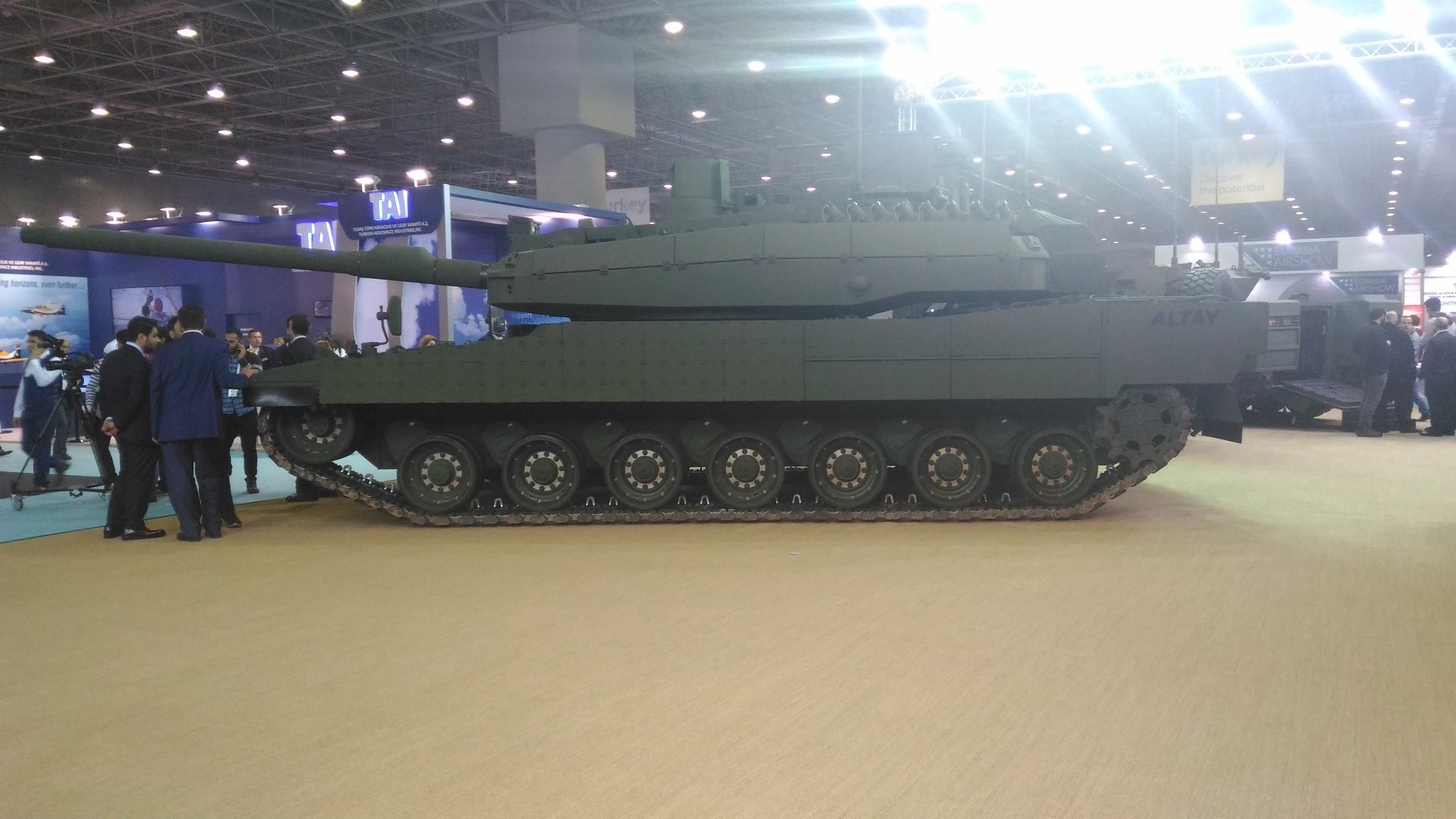 From High Tech Port by MÜSİAD

Koç Holding’s Otokar has completed a seven-year prototype development process and will commence the mass production of 250 Altay main battle tanks as soon as it receives approval from Turkish authorities, according to a top company representative.

“We completed the prototype development process in seven years in accordance with the vision of both the government and the Defense Ministry to meet their tank needs through domestic means. Otokar made the offer to start mass production. We are been waiting for approval and directives from the government, ministry and the Turkish Armed Forces,” said Koç Holding Vice Chair and Otokar Chair Ali Koç on Nov. 9.

Koç said the company completed all infrastructure planning and programming for mass production.

“As soon as we take a go, we will be able to start mass production in the following 18-22 months,” he said in a MÜSİAD press meeting at the High Tech Port in Istanbul.

Meanwhile, Turkey’s undersecretary for defense industries, İsmail Demir, told a news conference in Ankara that Turkey was in the final stages of evaluating a renewed offer from Otokar for its Altay tank project on Nov. 8.

Koç said the cancelation of the tender would extend the delivery of a domestic tank to the authorities by three or five years.

He also said the company had created a highly competitive tank both in quality and pricing in comparison to its counterparts.

“Otokar makes exports to 30 countries and works with 50 different entities … Our company has become known for making tanks,” added Koç.

German made MT 883 Ka-500 engines will be used in the first 250 Altay tanks but in other productions the Turkish government wants to use a domestic engine. Last year we launched the Power Group Development Project for the Altay tank. TÜMOSAN(Turkish Motor Industry and Trade) is the main contractor in this project. TÜMOSAN currently produces diesel engines and tractors in Turkey. First we decided to work with AVL as a technical support provider but there were some problems between the governments of Turkey and Austria. We found a second foreign technical support provider but there were still problems. We finally found a third tech support provider. Some sources say it is Ukraine. Also we signed a partnership and cooperation agreement with Kharkov Technical University. Ukraine already produces 6TD engines for tanks.

TÜMOSAN talks with Ricardo plc for the Power Group Development Project. The talks are scheduled to end in 2016.
Airman

The cancellation comes after Austria's parliament unanimously adopted a non-binding motion that imposed an arms embargo against Turkey in November 2016. As a result conditions were placed on the transfer of technology to Turkey. Austria made the move in response to Turkey's increasing violation of human rights since the failed military coup attempt in July 2016.

Tümosan has been tasked by the Turkish Undersecretariat for Defence Industries (SSM) with developing a local engine for the Altay MBT. The company brought in Austrian firm AVL List in 2015 to provide technology transfer and support in the development and integration of engines into the Altay tank. Due to the imposition of conditions on technology transfer, Tümosan cancelled the contract with AVL List on 17 January.

"Due to the adoption by the Austrian government [of measures] to insist on export licences that include conditions that interfere in Turkey's domestic politics … the contract as recorded and revenue guarantee given by the company will be cancelled," Tümosan stated in a document published on Turkey's Public Disclosure Platform (KAP) on 17 January.

"It has been understood that there will be serious hurdles that (the company) will face in the transfer of technologies concerning critical sub-components because of sanctions being imposed against Turkey recently in particular by the European Union countries," it added.

The statement noted that instead, "Tümosan will go ahead with local suppliers as much as possible in the development of the engines".

The prototype of the "medium tank" Kaplan MT 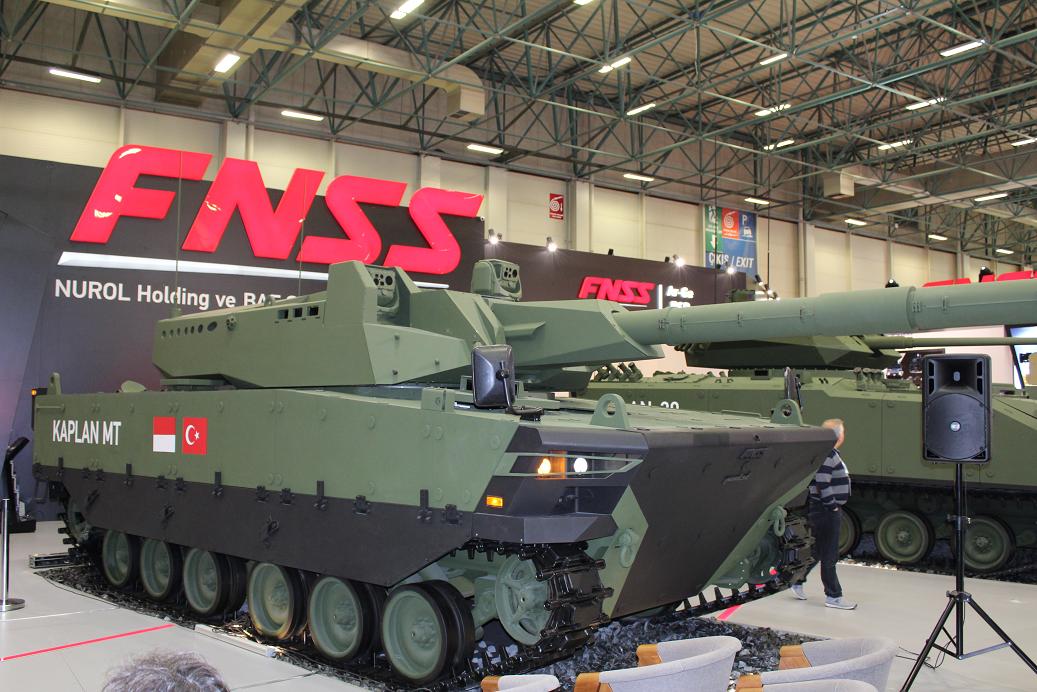 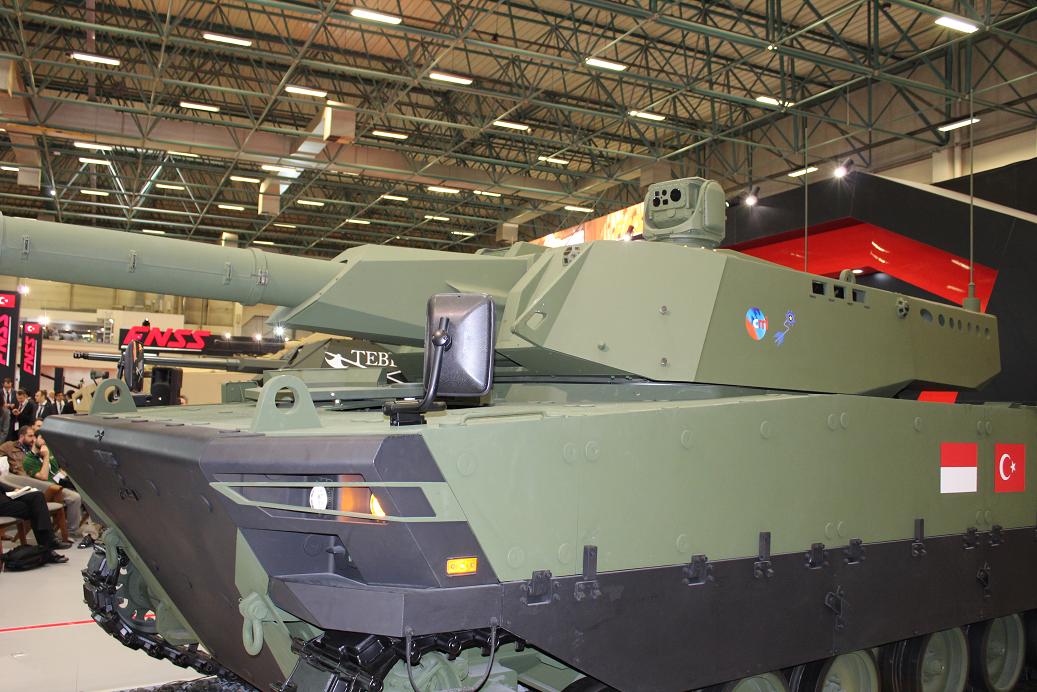 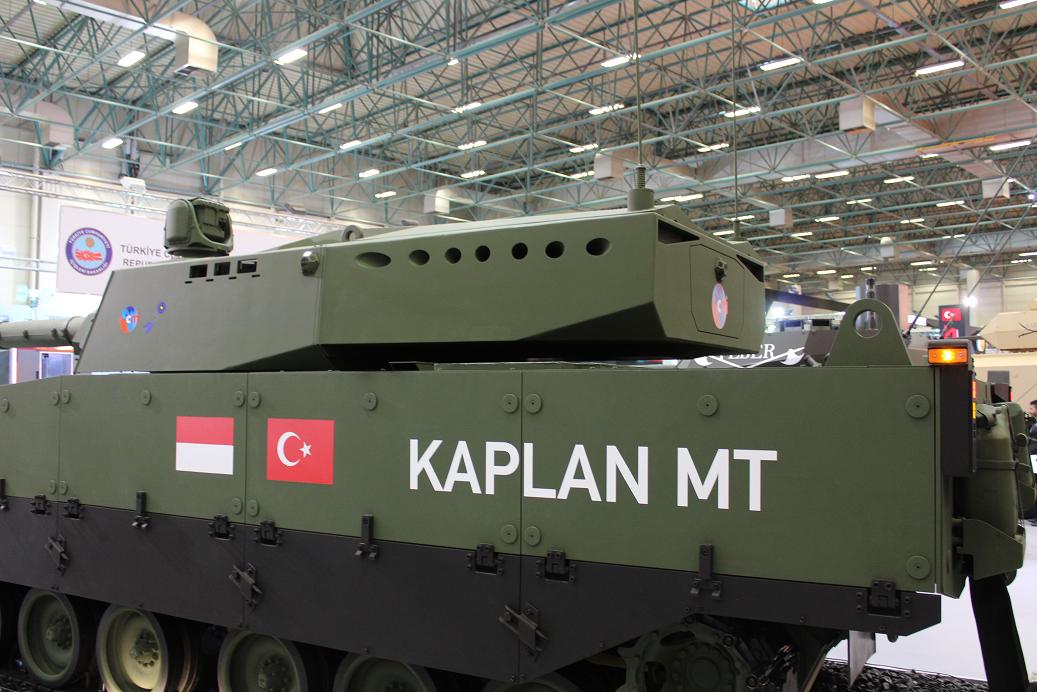 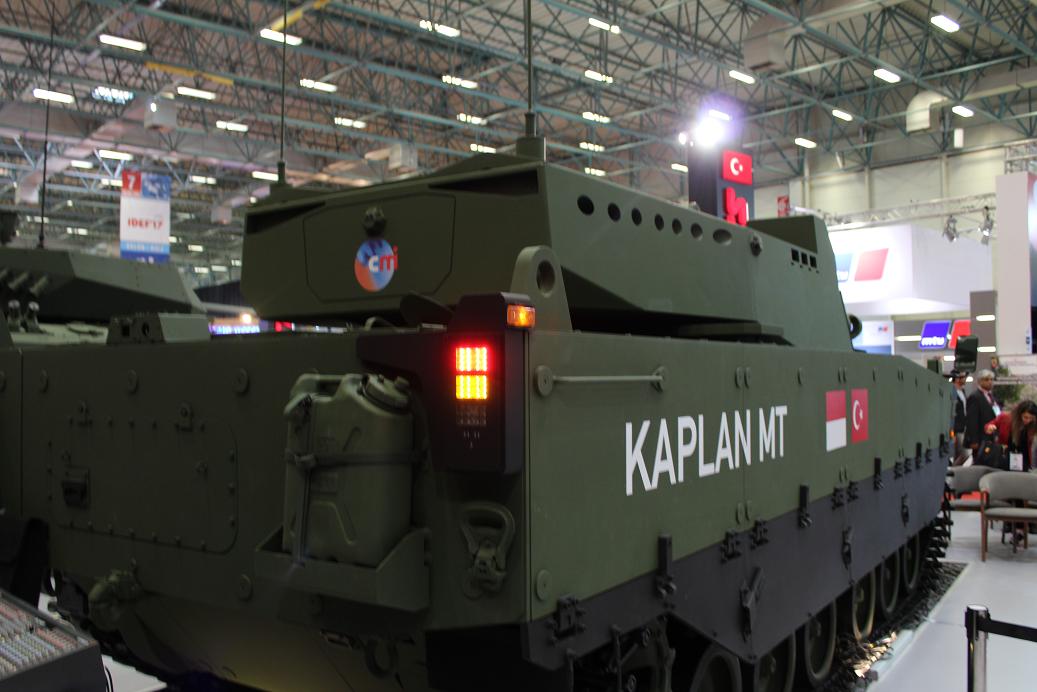 It has high-pressure 105mm gun.
AlfaT8

It has high-pressure 105mm gun. It's the Kaplan MT Modern Medium Weight Tank. Currently under development by FNSS and PT Pindad for Turkish Army and Indonesian Army. The vehicle’s firepower is provided by a CMI Cockerill 3105 turret, integrated with a high-pressure 105 mm Cockerill gun and an advanced autoloader. This is the first prototype of Kaplan MT. The second prototype will be produced in Indonesia.


Aselsan has partnered with the General Directorate of Military Factory (AFGM) to upgrade two of the Turkish Army's M60T main battle tanks (MBTs) with enhanced survivability.

The effort follows the service's disastrous Euphrates Shield operation in Syria, where a number of its MBTs were destroyed or damaged.

Turkey took delivery of 170 upgraded M60T MBTs which were originally updated by Israel Military Industries (IMI), with most of the work carried out by the 2nd Main Maintenance Centre Command at Kayseria. The command has extensive experience with upgrading and overhauling MBTs and other tracked armoured fighting vehicles.

The upgraded M60T MBT has been fitted with Aselsan laser detectors which warn the crew of threats from laser designators and rangefinders as well as laser-guided missiles.

Cameras are provided to provide the crew with improved situational awareness through a full 360°, a feature considered essential in urban operations.

The original commander's cupola - which is armed with a .50 calibre machine gun (MG) - has been replaced with a new model that offers increased situational awareness.

Mounted on the roof of the upgraded M60T is an Aselsan Stabilised Advanced Remote Weapon Platform (SARP), which is armed with a stabilised 40 mm automatic grenade launcher (AGL) although this could be replaced by a 7.62 mm or .50 calibre MG.

The 120 mm smoothbore main gun and 7.62 mm coaxial MG are retained as are the banks of standard 76 mm electrically operated grenade launchers.

The upgraded M60T displayed at the exhibition was numbered 107 and retains the original IMI explosive reactive armour (ERA).

Roketsan confirmed to Jane's that it has developed a new ERA package for the M60T and that this had been fitted for initial mobility trials.

Roketsan has also revealed a net-type system designed to provide armoured vehicles with a higher level of protection against the widely deployed RPG-7 rocket-propelled grenade system and other weapons fitted with a single high-explosive anti-tank (HEAT) warhead. 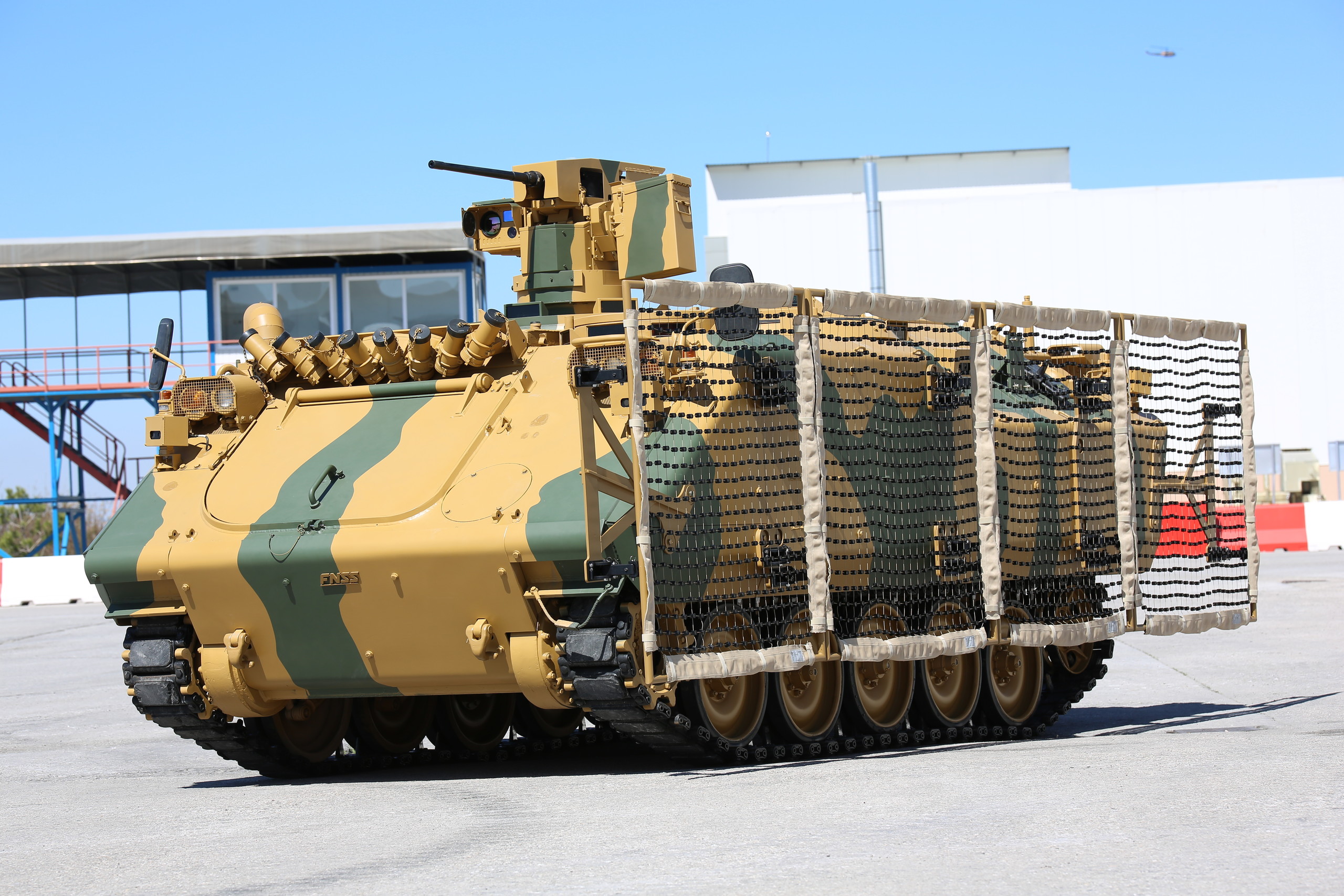 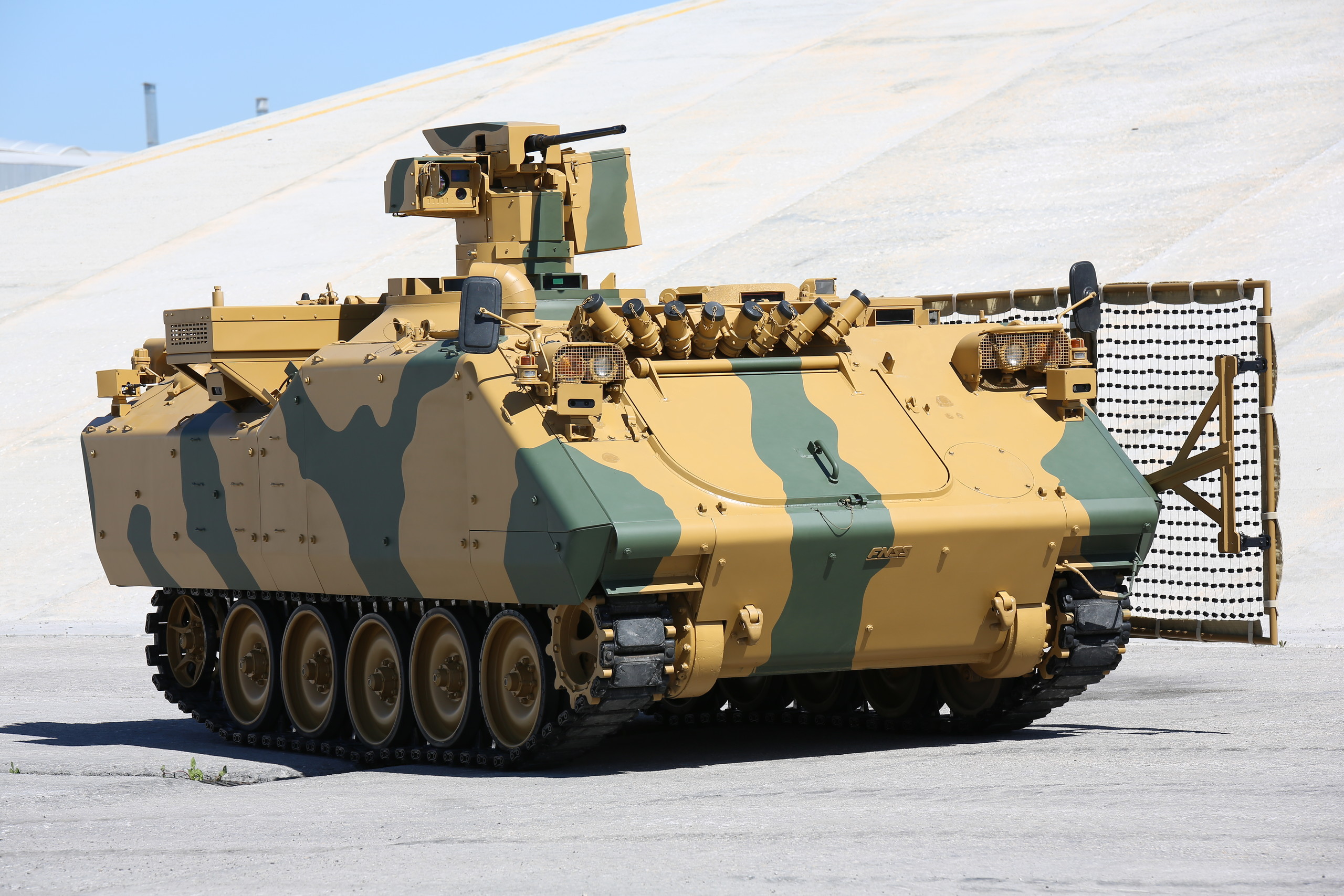 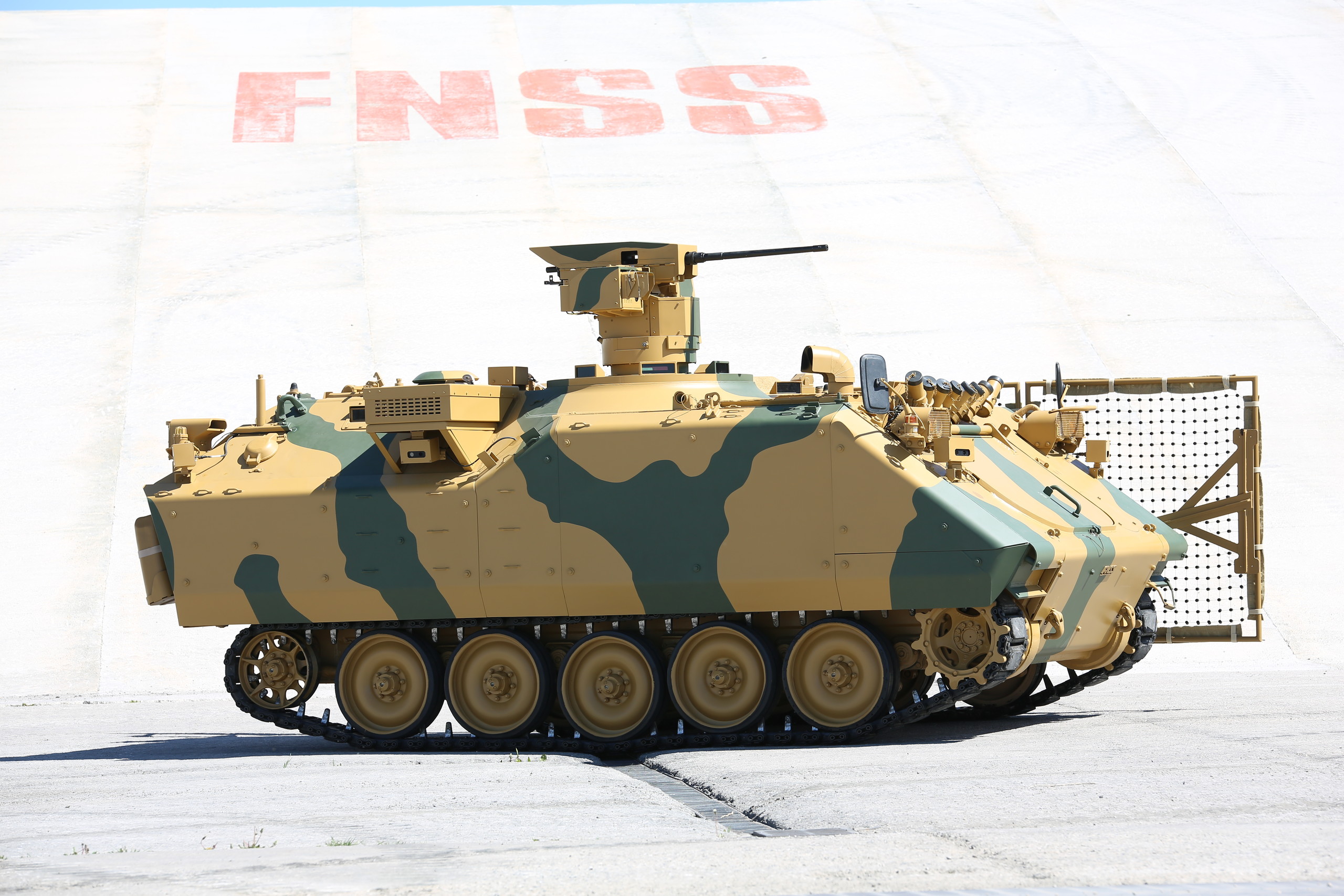 In a statement on its website, the SSM said the companies were called to submit their bids for the Altay tank’s “Power Group Development Project,” which focuses on its engine.

The companies, including the public engine maker TÜMOSAN as well as BMC Otomotiv, FIGES A.S., Istanbul Denizcilik and TUSAS Engine Industries, will start work on the engine if selected.

Turkey has been working to develop its own defense systems and equipment, and has lined up several projects for the coming years, including combat helicopters, tanks, drones and more.

On Nov. 22, Defense Minister Nurettin Canikli said Turkey has received bids to mass produce 500 Altay tanks, of which 250 were optional, and added that the tender would be finalized in the coming days.

The Altay tank project, led by the Turkish commercial and military vehicle producer Otokar, is worth an estimated 7 billion euros ($8.30 billion). 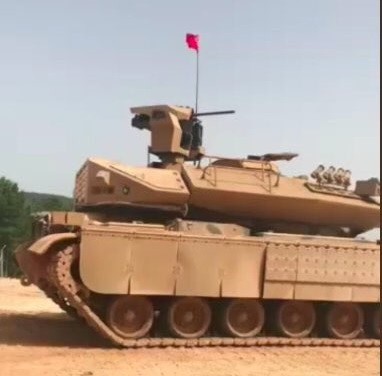 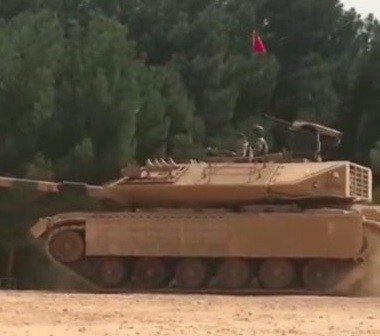 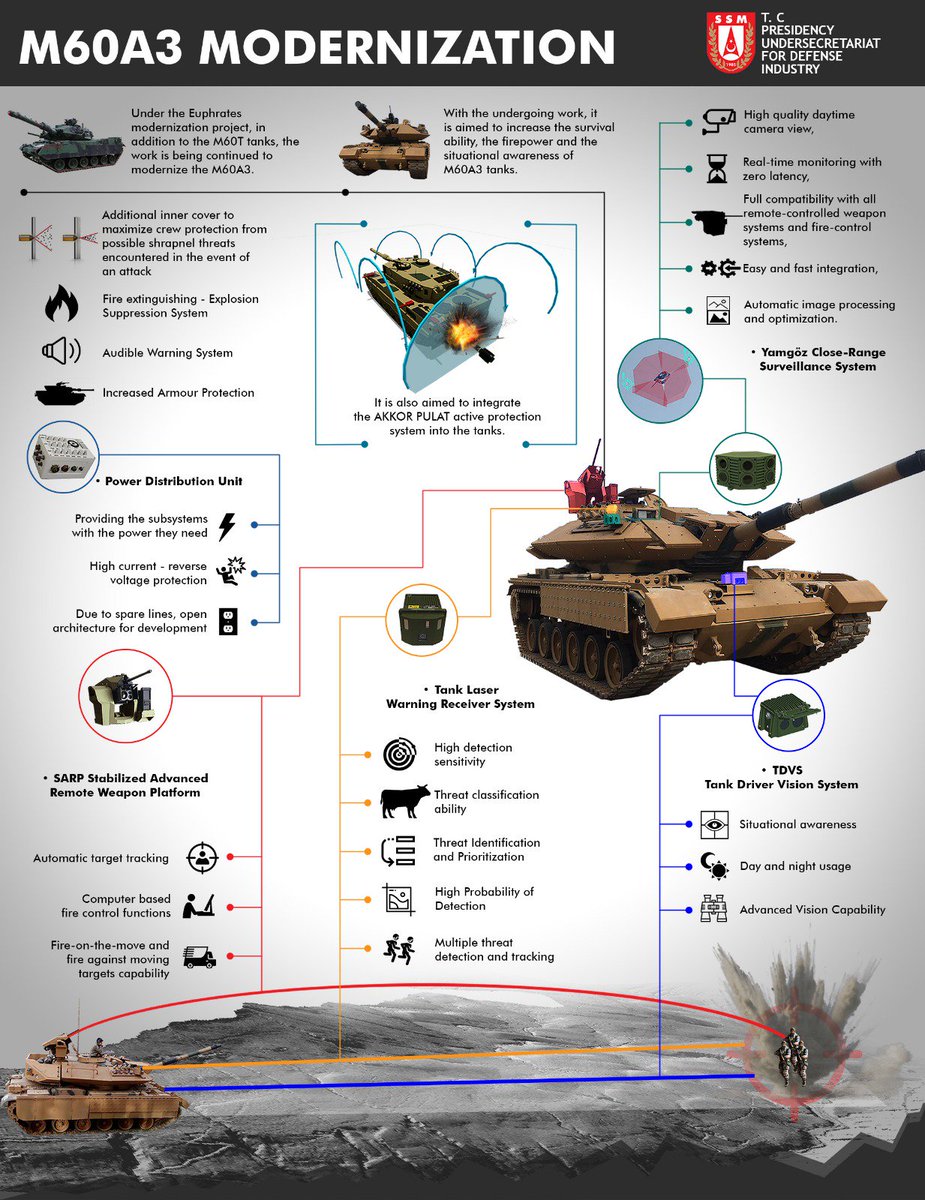 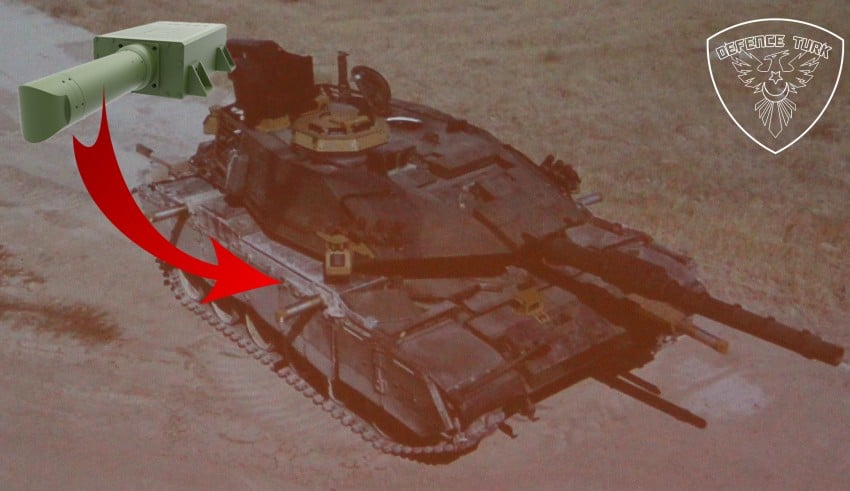