A new helicopter being developed by Bell has crashed near the community of Italy in Ellis County, just off Interstate 35E, while participating in test operations, Texas officials say. Both crew members were killed.

The accident happened at about 11:45 a.m. CT on Wednesday when the Bell 525 aircraft went down in south Ellis County, in the area of Farm to Market 876 and Bell Branch Road, which is just northwest of Italy. The aircraft then burst into flames and was completely destroyed.

Bell Helicopter confirmed in a statement that the helicopter was conducting "developmental flight test operations" from its Xworx site in Arlington when the aircraft went down. The helicopter was reportedly flying in formation with two other helicopters.

County officials said two people were killed in the crash but provided no other information, and there was no word on their identities. Lynn Lunsford, a spokesperson for the Federal Aviation Administration (FAA), said a total of two people were on board the aircraft.

The Bell 525 Relentless is under development by Bell Helicopter and made its first test flight in July 2015. The aircraft is capable of carrying up to 20 passengers, has a maximum cruise speed of 162 knots and a maximum flying range of 570 nautical miles.

"FAA investigators are on their way to the accident site, and the National Transportation Safety Board has been notified," Lunsford said. Details about the possible cause of the crash were not immediately known.

"Bell Helicopter representatives are headed to the site to assess the situation and provide any assistance to local, state, and federal authorities," the aircraft manufacturer said in a brief statement. "We will provide additional updates as we learn more."
George1

Italy's Leonardo (former group Finmeccanica) January 13, 2017 announced that it had signed with the Italian Ministry of Defence contract for the supply of the Italian Air Force first five new jet trainer aircraft M-345 NO, and on the creation of a new combat helicopter on NEES program (Nuovo Elicottero da Esplorazione e Scorta) for the Italian army aviation. The total value of the contracts exceeds EUR 500 million (at the cost of detail is not given). 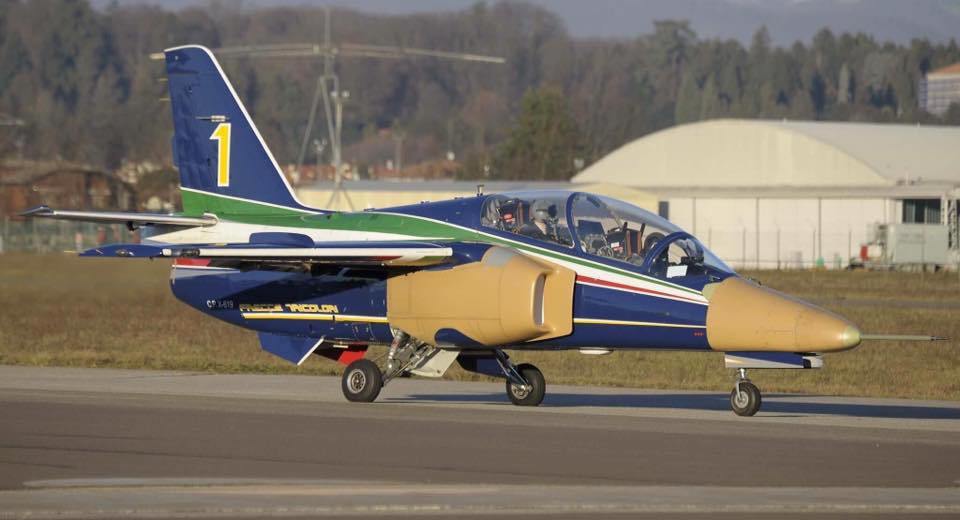 Hi, I post this new topic in order to know what hopefully impartial Russian people thinks about the plan for the renewal of the Italian Navy.
At this moment ( spring 2018 ) Italy is building for its navy:
- 1 LHD class Trieste (30.000 tons)
- 7 PPA in 3 different versions light, light+ and full (between 4.000 and 5.000 tons depending on the version)
- 4 FREMM Fregates
- 2 U212 subs
- 1 27.500 tons supply ship
(If you want any more info about these ships like armaments etc etc I really suggest you to take a look at the YouTube video “New Italian Navy Ships (Spring 2018)” (unfortunately I still can’t post the link to it)
)
Let me know, thank you
Hannibal Barca

Not army related but I do not want to create a new topic.

Where is our soft power, I bloody wonder once again!

These bastards established a junta against a newly elected government. Russia et all should go full gear on UN here, Yemen or Sudan way. Attack is the best defence.
George1

On July 24, 2018, the Italian Army Command issued a contract to Consortium Iveco-Oto Melara (CIO) consortium for the manufacture and delivery of the first ten serial wheeled armored vehicles Centauro II (officially designated as New Blindo Centauro) equipped with 120mm / 45 guns. The value of the contract is EUR 159 million (including training and technical support), of which EUR 65 million will go to Iveco Defense Vehicles (the military unit of the Iveco group). In total, the Italian army plans to purchase 136 armored vehicles Centauro II to partially replace the fleet of Centauro I. 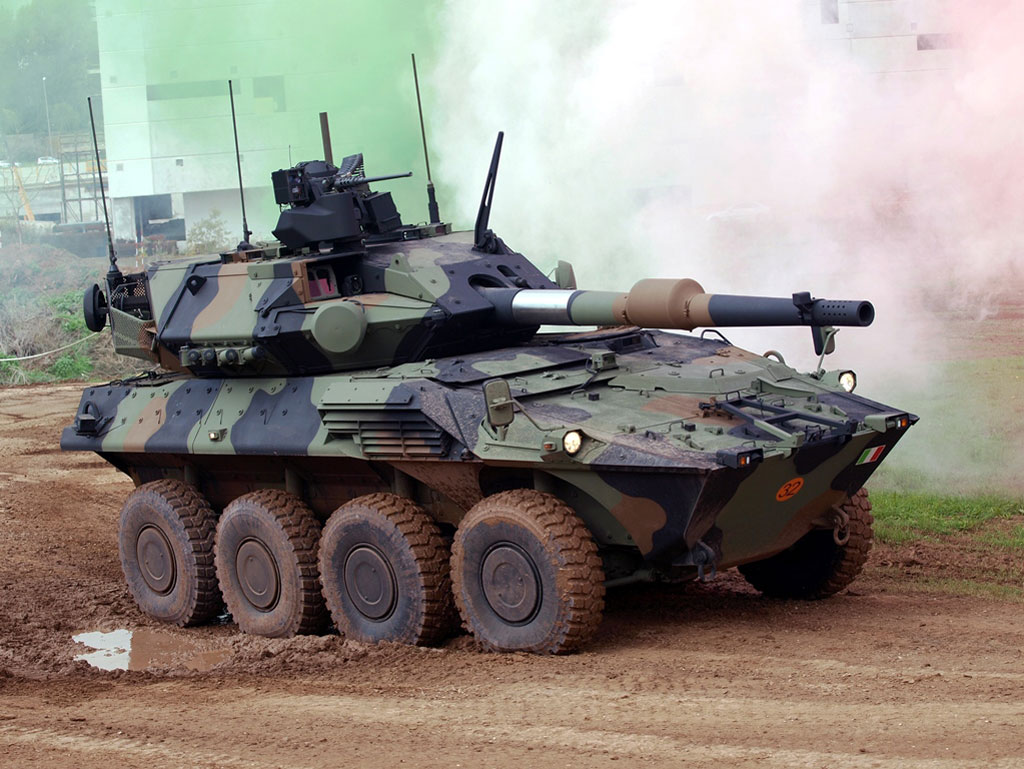 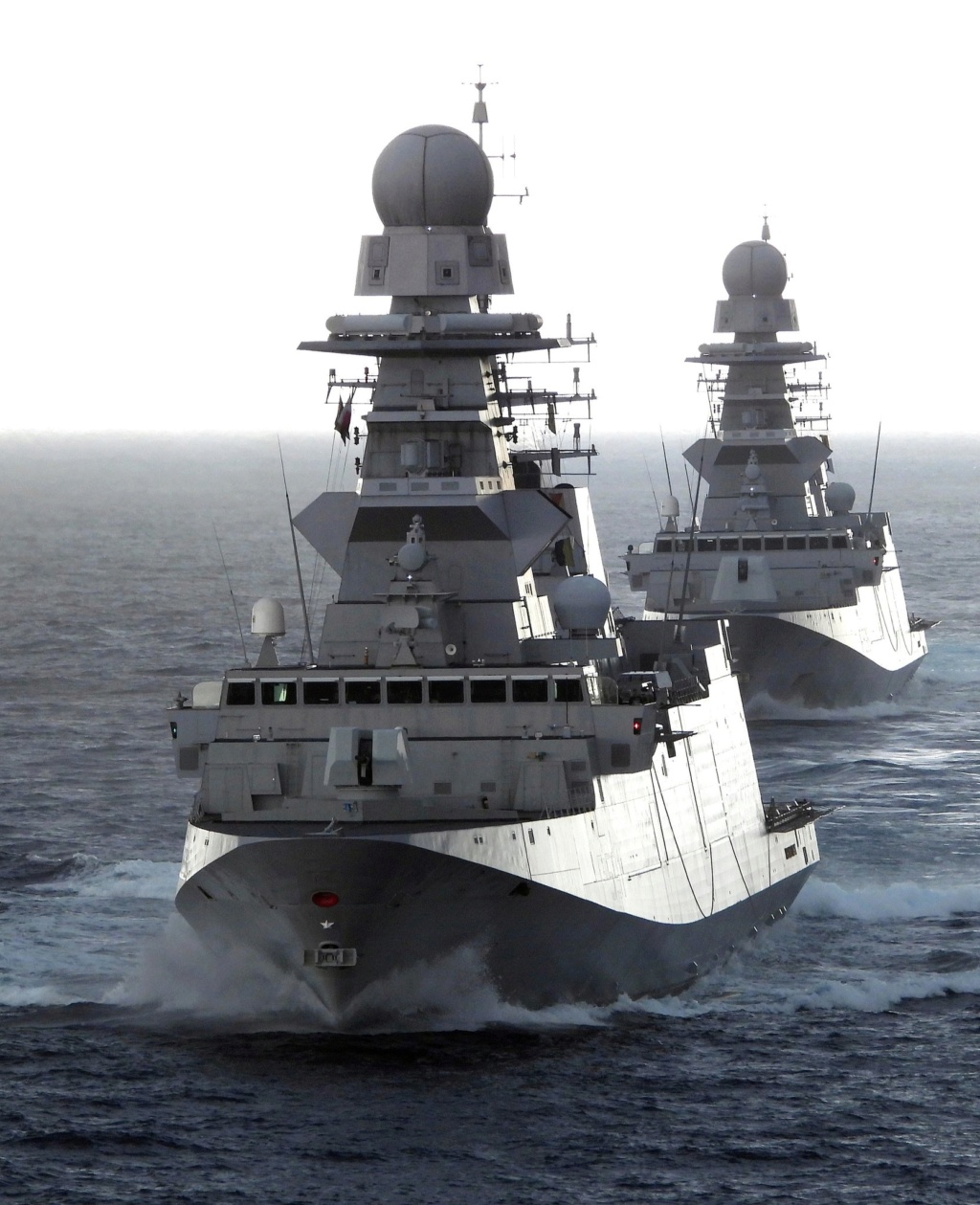 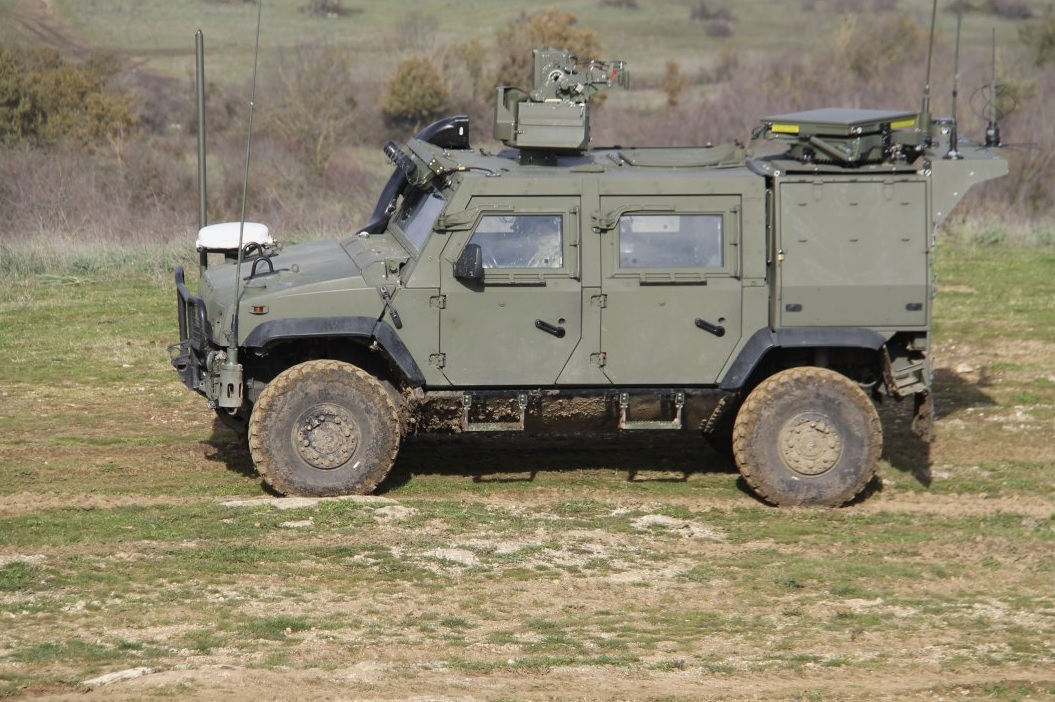 According to the Italian company Leonardo, on December 21, 2018, at the aerodrome of its enterprise in Venegono Superiore near Varese (the former Aermacchi plant) made the first flight of the first M-345 training jet aircraft built for the Italian Air Force (Italian military number C.R. .Х.624). In fact, this is the first aircraft М-345 НЕТ new construction in general. 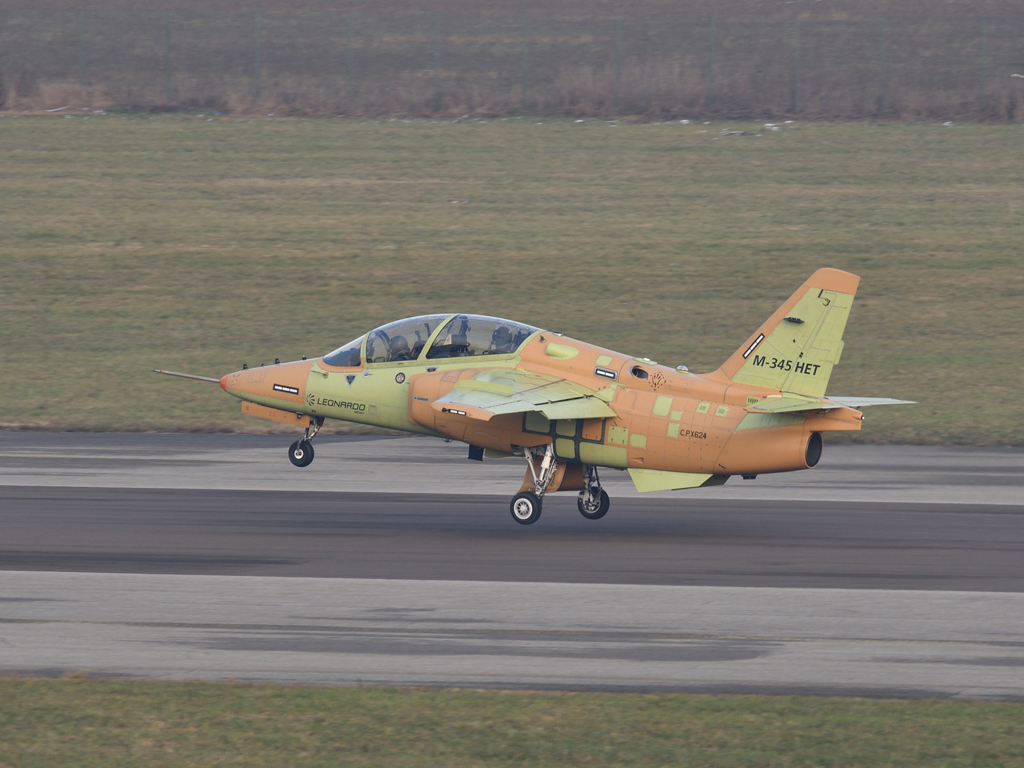 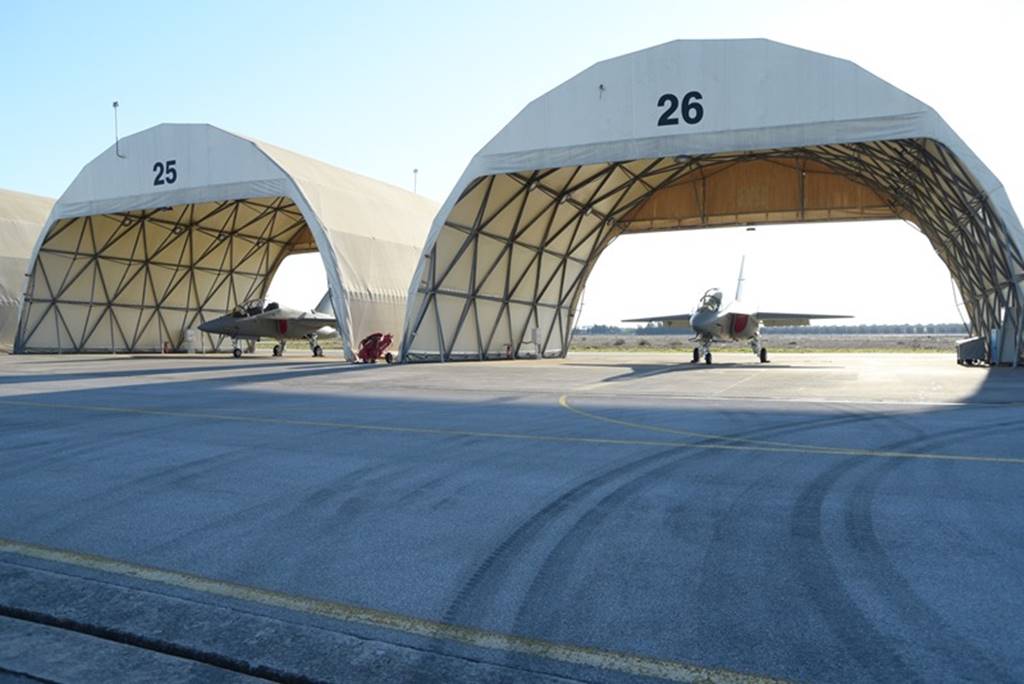 The Italian Ministry of Defense reported that on April 15, 2020, it signed a contract worth € 337 million with the Italian company Leonardo for the supply of the first 15 new twin-engine multi-purpose AW169MA (Multiruolo Avanzato) helicopters under the Light Utility Helicopter (LUH) program for the Italian army. The contract also includes the cost of completing the R&D for this machine in this military modification and technical support and training for a period of nine years (with an option for another four years).

This contract is an extension of the framework contract concluded on December 20, 2019, which provides for the supply to the Italian Ministry of Defense of two Leonardo AW169 helicopters in the commercial configuration ABC (Addestratore Basico Commerciale) as training (with a guarantee of 400 hours per year for each helicopter) training of flight and instructor personnel on them and the beginning of R&D on the creation of a military version of AW169MA under the program of the Italian army aviation in accordance with the requirements for a new light (rather medium) multi-purpose helicopter Light Utility Helicopter (LUH). The supply of 15 AW169MA helicopters should be made in 2022-2023.

In accordance with the terms of the contract of April 15, the maximum take-off weight of the AW169MA military helicopter is limited to 5100 kg.

Recall that the commercial AW169 helicopter has been mass-produced by AgustaWestland (now Leonardo Helicopters as part of Leonardo) since 2015. The helicopter has a maximum take-off weight of up to 4850 kg, is equipped with two Pratt & Whitney PW210A turboshaft engines with a take-off power of 1000 hp. and carries up to 7-10 passengers. To date, about 100 commercial vehicles have been delivered, and the total portfolio of orders for November 2019 amounted to more than 200 units.

In November 2018, the Italian military guard (Guardia di Finanza) ordered 22 helicopters in the “militarized” modification of AW169M under a contract worth 280 million euros, the first helicopter was delivered to it in November 2019, and the rest was scheduled for delivery by the end of 2024. Another AW169M helicopter ordered by the Argentine gendarmerie.

On May 6, 2020, the flagship of the Italian Navy, the light aircraft carrier Cavour (550) left the Taranto naval base for sea trials after modernization work, which took place from December 2018. It is reported that after going to sea, the ship’s crew should begin preparations for deployment off the east coast of the United States, where they will undergo tests for landing and taking off from the aircraft carrier of F-35B fighters.

In addition to the conventional take-off and landing version of the F-35A, Italy purchased 30 F-35B fighters for the Navy. A number of aircraft with a shortened take-off and a vertical landing will replace the obsolete AV-8B Harrier deck-based attack aircraft as part of the aircraft carrier’s wing.

The Italian Navy received its first F-35B in January 2018.