Hopefully we see more of their domestic artillery systems.

Can someone explain something to me?

So the biggest issue that exists for NAF is their night time fighting capabilities as they mostly operate older night vision devices and IR devices while Ukraine is getting thermals donated to them. Now my understanding is, NAF has quite a few anti tank missile systems and most to all these systems uses a Russian thermals matrix. In this regard, couldn't they retrofit the thermal cameras used in these anti tank systems? Maybe for depleted systems? SAA managed to do so with their anti air systems.
GarryB

If they have thermals in anti tank weapons... I would leave them there... if the Orcs attack at night then an anti tank weapon is just the sort of weapon you want to deal with them... whether they are snipers or armour...
VARGR198 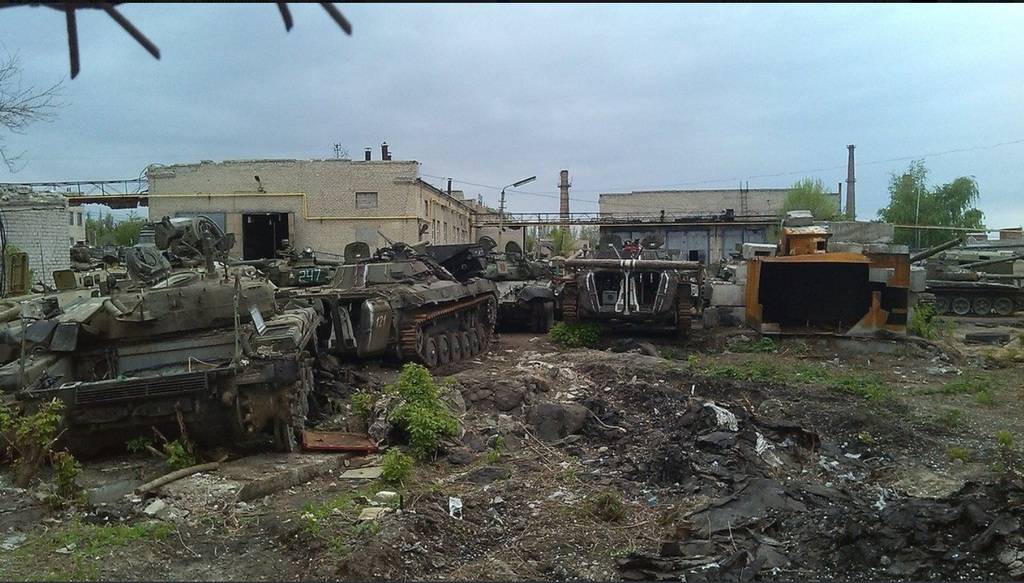 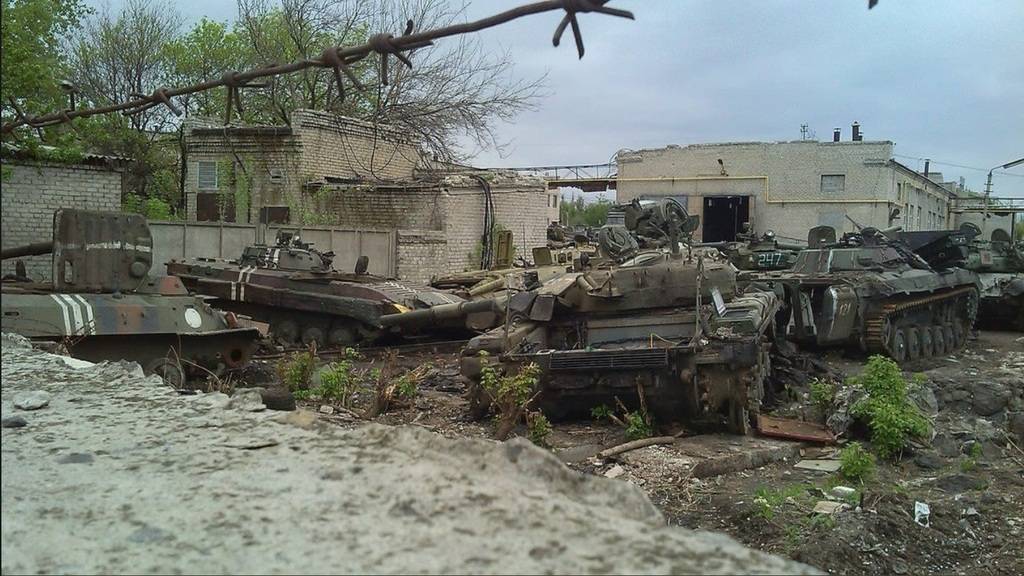 Edit
Another NAF training video. Very professional looking. Won't see anything like this from the Ukrainians
VARGR198

I found it interesting to see that the BMP2s seem to have been standardised with atgm ontop of the turrets. 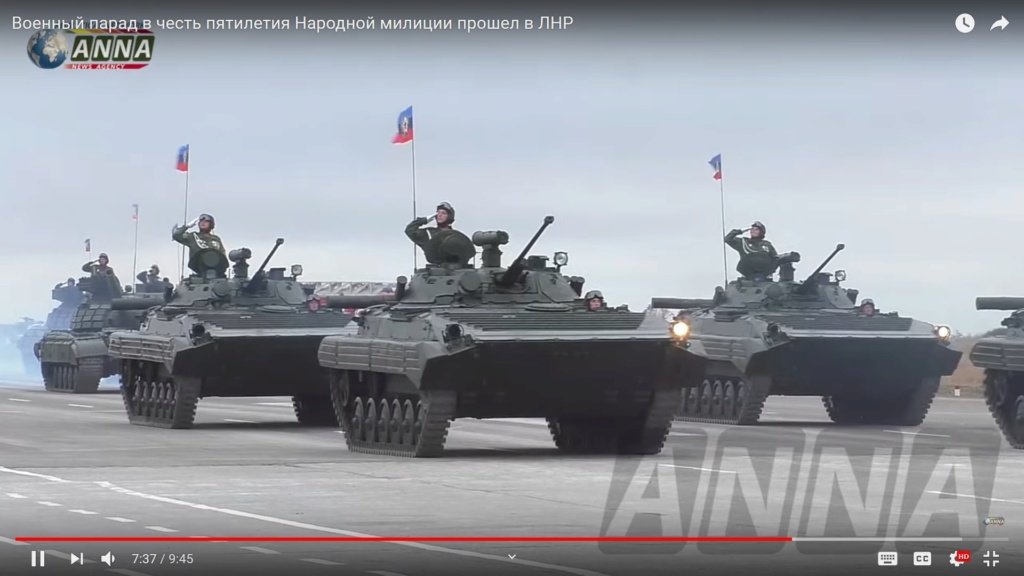 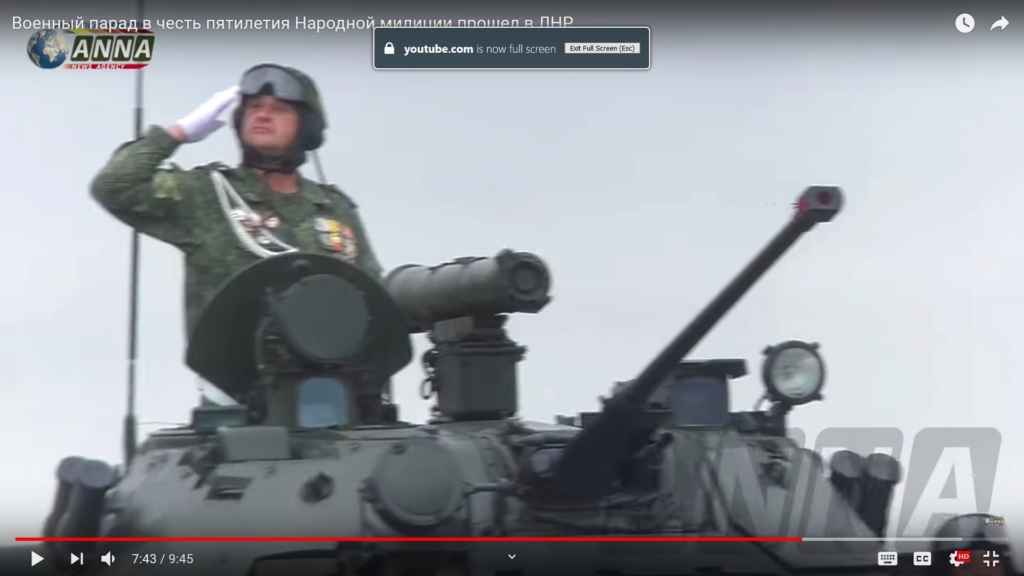 They also have their T-64s standardised with their own layout for the reactive bricks covering. Assumed those i'd seem like this before were one-offs. 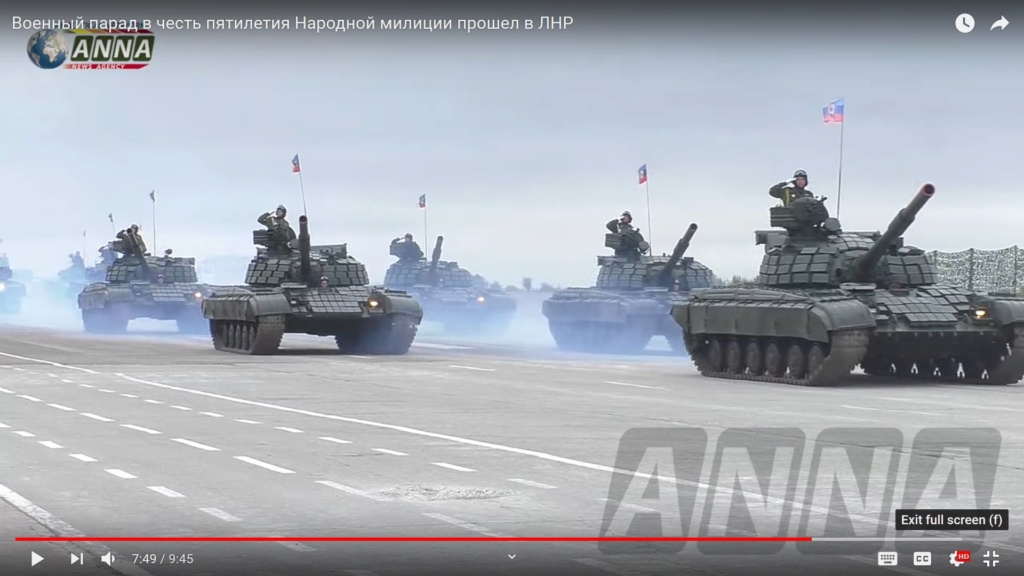 The ATGM mount of those BMPs are standard, they are for AT-4 and AT-5 ATGMs and were standard on BMP-2 vehicles when they came out.

The short dead zone for the missiles is the reason they went for a 30mm cannon armament for the vehicle.

The AT-3 was unable to reliably hit targets within 300-400m so it needed a 73mm gun able to take on tanks within that range.

The alternative armaments for the BMP-1 included 30mm cannon as well as higher velocity 73mm guns, but the medium pressure 73mm gun won.

For the BMP-2 the improved missiles meant the main gun no longer had to be effective against MBTs and so the 30mm cannon was selected.

The launcher shown is a more sophisticated model than the one first used and can launch both AT-4 and AT-5 missiles from inside the vehicle but needs to be manually reloaded.
VARGR198

DNR now produce their own jammers to fight against Ukronazi UAVs.
medo

Armed forces of LNR got more and more repaired and modernized equipment in armament. LNR industry, most probably together with DNR, produce new ECM complexes. They are for sure based on Russian ECM complexes, but most probably modified for DNR and LNR needs. They import needed components from Russia, but domestic production give to DNR and LNR capabilities to maintain them, produce spare parts and give technology to produce their own equipment. Topaz factory in Donetsk is capable to produce communication and EW equipment as it was producing Kolchuga passive ESM system. Novorussian army got one Kolchuga complex in factory in 2014, but its fate is not known.

LNR produce all types of ammunitions. For small arms and for artillery and MRLSs. They also produce their own UAVs. At the end we could see, that they also repair all captured Osa-AKMs and upgrade them.
VARGR198 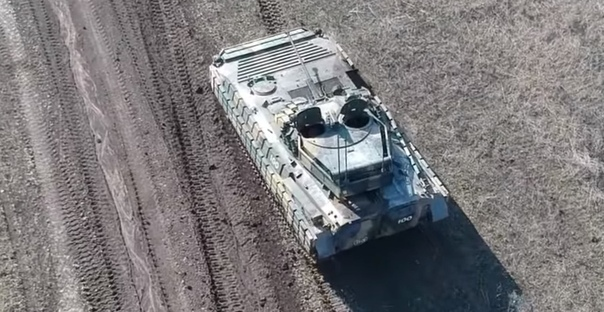 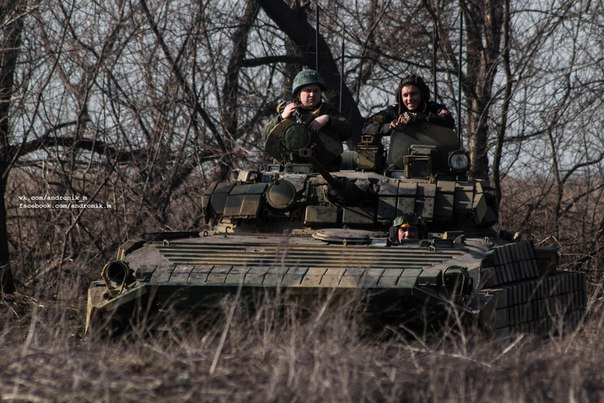 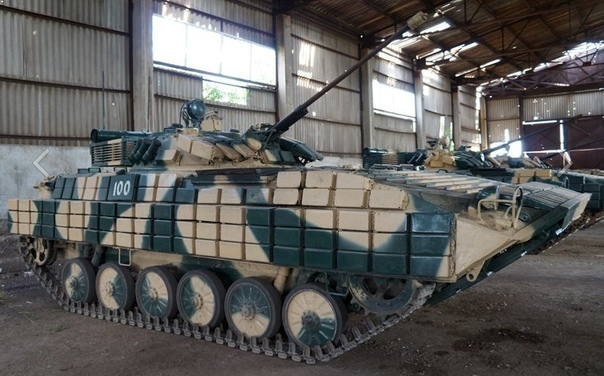 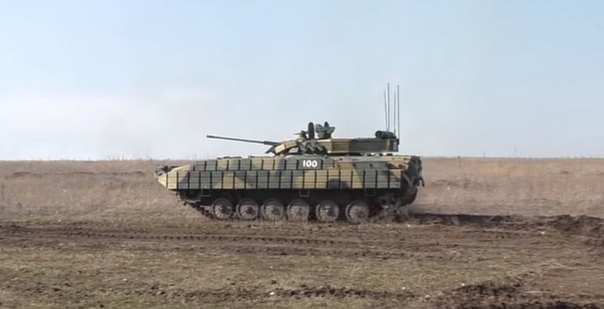 T80 apparently captured by LDNR. Can't find a source to confirm yet however. 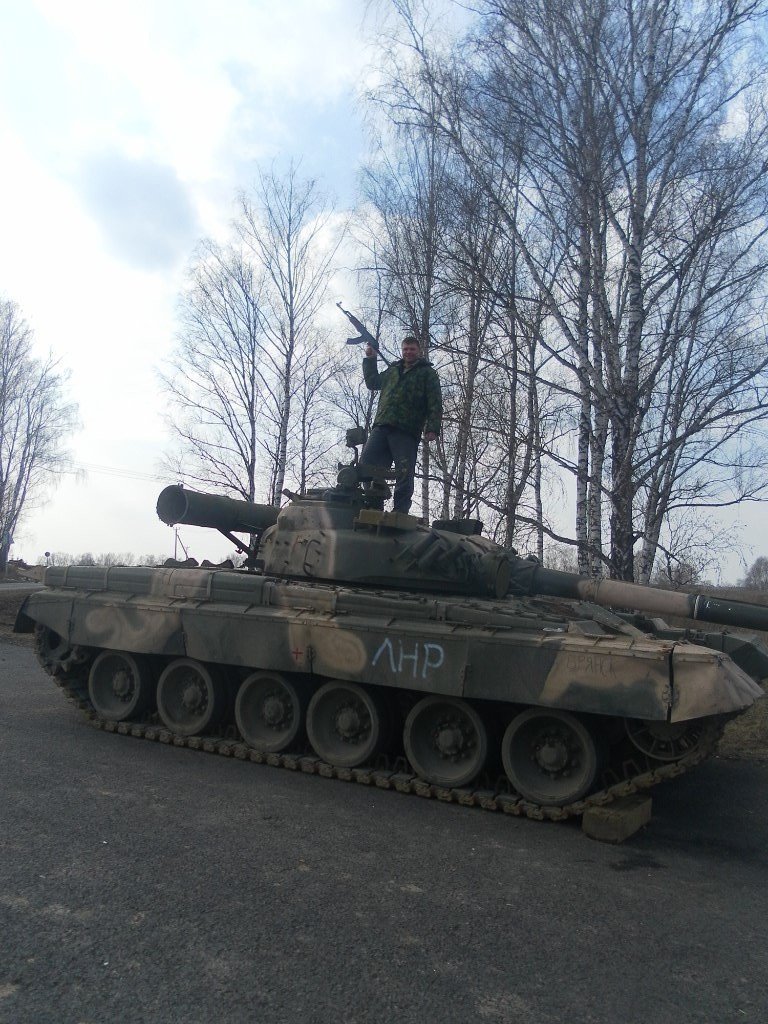 That is rather odd.... the rear extension of the turret should massively improve internal capacity for space for extra ammo etc but it also means the roof hatches on the rear of the hull would be unusable most of the time... 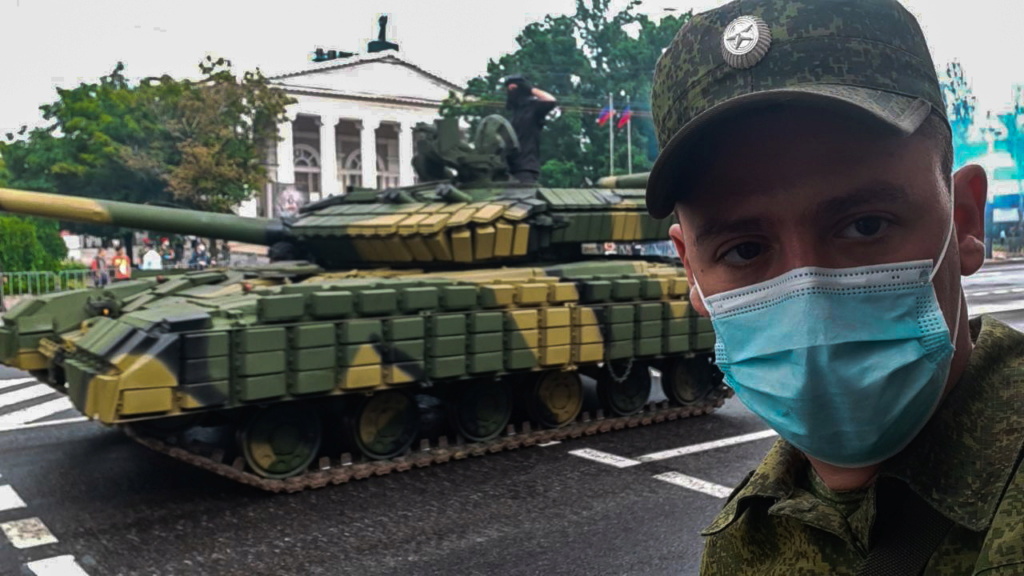 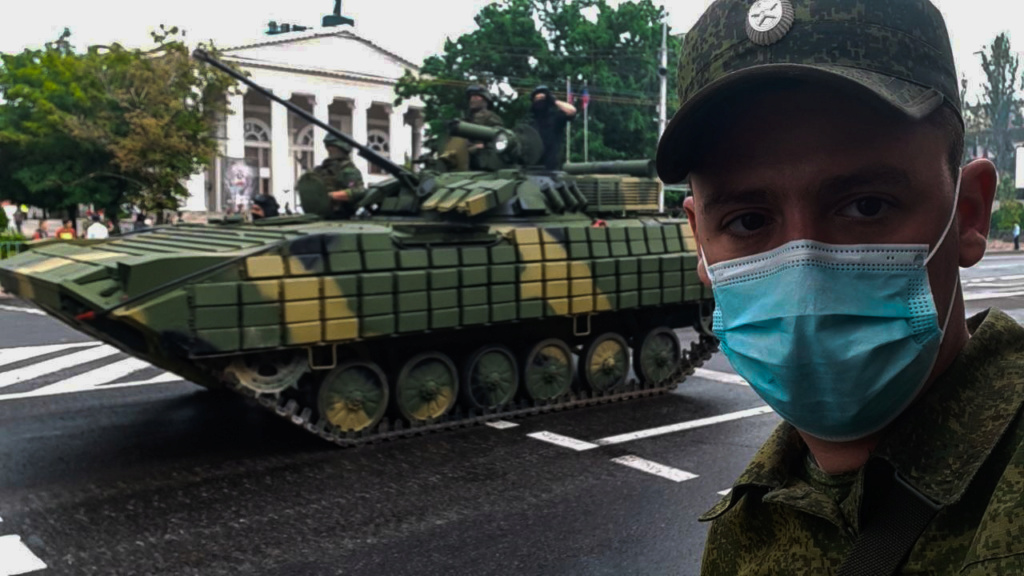 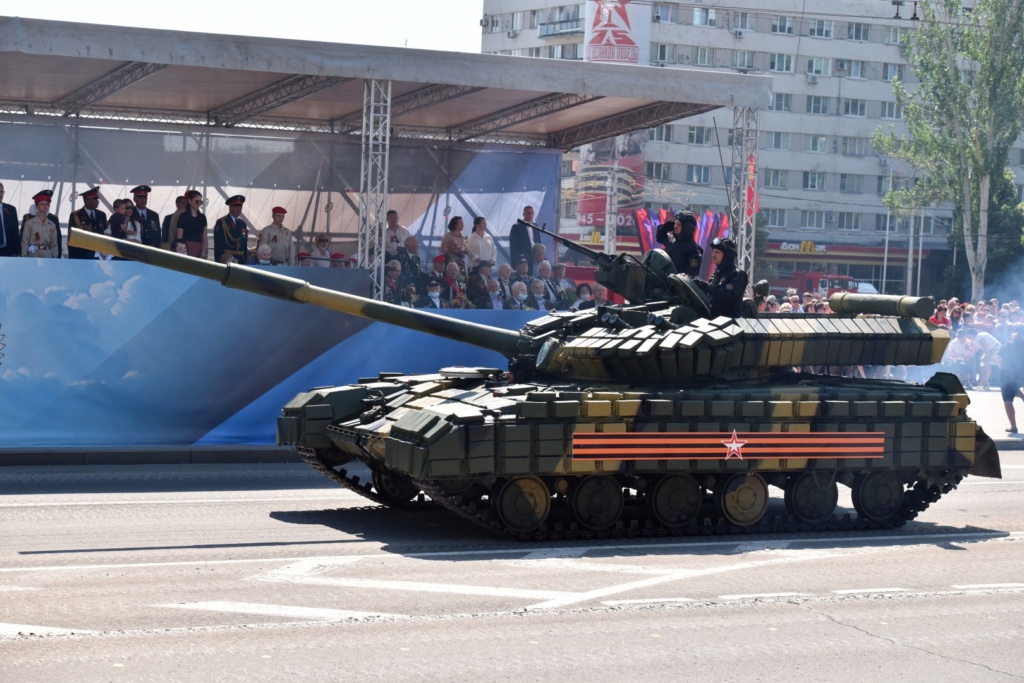 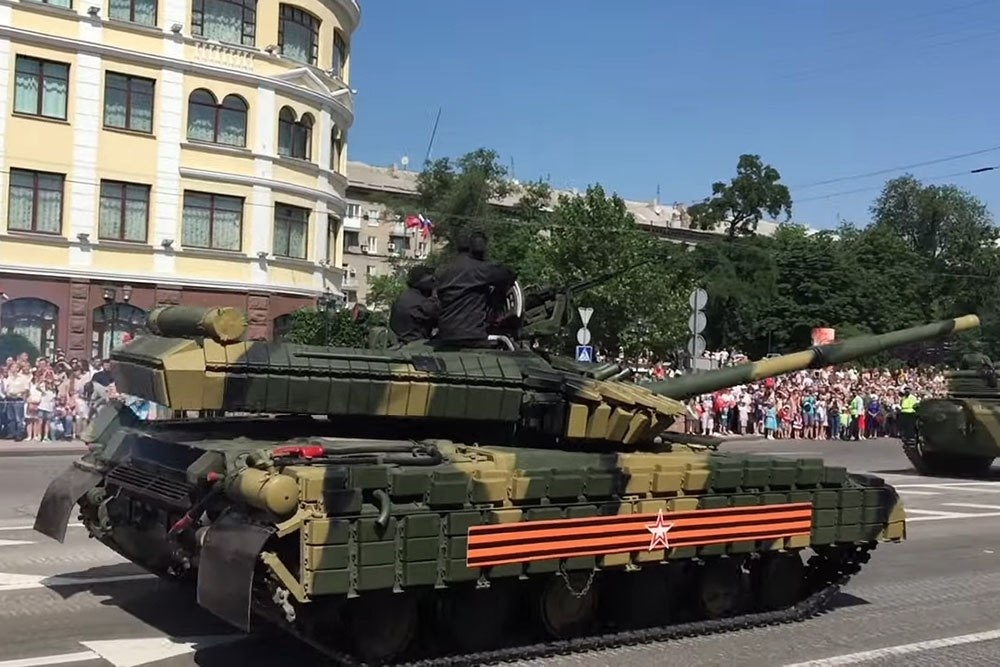 Have these T64s actually been modernised or just a larger turret and more era coverage?

Looks like some sort of turret bustle... it is not obvious what it is for... the rear of a turret is vulnerable because the armour there is nothing like as thick as the front of a turret.

Putting an autoloader in there would likely be beyond a field modification possibility, but wielding on a big box that can carry extra rounds of ammo and then cover the sides and rear with ERA to protect it from enemy fire shouldn't be too hard. With no opening into the turret any ammo or propellent explosion would be outside the crew compartment so unless it was all HE rounds you should be OK.

They have a bustle on the BMP-2 as well.

The Soviets didn't really like turret bustles on armoured vehicles because the Germans used to put satchel charged under them and flip off turrets they might not otherwise be able to penetrate...

The size of these ones might create problems with the engine cooling... but the extra storage space and extra rear turret protection is probably useful...

If they had an autoloader in there for long rod penetrator rounds even better... but I think they would need serious help for that...

The value of the bustle is that if it stores most of the shells then there is much less chance of the turret being popped off by
penetrating rounds. If the bustle blows up, its thin shell will result in the blast energy going into the air and the turret
will effectively shield the tank crew. I seriously doubt this is some aesthetic gimmick.

it would increase storage space in a safe location that should not effect the crew if penetrated... and it covers the weakspot of the back of the turret which is thin on most armoured vehicles with no turret bustle.

Equally weight at the rear of the turret would offset the forward weight of the gun and the turret front armour which is often quite heavy, leading to more balance on the turret ring than is often the case.

The problem of course is that it prevents the roof hatches from being used on the BMP except when the turret it turned to either side, and turning the turret would be limited with the hatches open so I suspect they are probably sealed to prevent the turret swinging around and injuring someone with their upper body sticking out of a hatch.

On a tank it seems to pretty much cover the entire engine deck intake, which might effect engine cooling performance, though with the turret forward should reduce the effect of molotov cocktails being thrown at the engine bay...

It is interesting how some upstart republics are able to actually modernize their ancient tanks but mighty Banderastan
breathing free the air of NATzO freedom can't even make a primitive mortar tube.

Even after 103 years the fact that the Donbass was industrialized and most of the rest of Ukraine was some agrarian
backwater still shows. Not being able to produce new tanks in the factories in Kharkov and leverage all the other
assets that were generated under the USSR "occupation" (what a sick joke) proves how degenerate is the Kiev regime
and how Banderastan has no future. If anything they should have been able to leverage the USSR era assets initially
even if they fell apart eventually. But they can't even do that.

I don't think showing the serial numbers for weapons used in a civil war is a good or smart thing to do... I was going to delete your post, but realised you probably got it from some other forum which I can't delete.

I would however say that if the NAF are buying Ukrainian weapons from Ukrainian soldiers that is actually good for NAF and bad for Kiev, but by publishing the serial numbers a member of the Kiev regime can easily look up who was issued with them and work out who sold them, and they are going to get into trouble.

Now I don't know about you but I am biased to the NAF side and if they have the cash to buy weapons and they are buying them from a potential invader then it is a win win, but I would like that to continue. By posting the serial numbers... which is of no benefit to NAF at all, but could be used to cut off their supply of weapons by Kiev... you are helping Kiev.

Now for all we know the person selling them might have covered their tracks, but to be honest they are taking a bad situation and making a bit of money... they know and we know they are not selling to terrorists... just Ukrainians trying to defend themselves from their own government... I think a lot of Americans might understand that...

Still it was the NAF that obviously made these images available... perhaps it is an elaborate plan to frame a dangerous commander by making it appear he is selling his stocks of weapons to the enemy in the hopes he will get caught and put in prison... but it could just as easily be bravado that will get the person that supplies them with weapons caught and possibly shot... now he clearly works for the other side so instead of putting him in prison or shooting him they might just supply him with booby trapped weapons and then shoot him.

Maybe I am overthinking this but I don't think we benefit from knowing a portion of serial numbers for weapons... numbers for ships or planes yes... but rockets... no.

I give the link to diana-mihailova blog, who is from Ukraine and where are also the photos of missiles with serial numbers. So Kiev already know that. Numbers are clearly seen on missiles and now we have evidence, that Novorussian army buy at least six Skif missiles.
Sponsored content