Not really new, during the soviet invasion of afghanistan ZU-23 towed gun mounts were lashed to the flatbed rear of ural trucks to provide serious fire power when needed... normally with no extra armour at all.

A smaller lighter jeep like vehicle with remote control rear flat bed mounted twin 23mm cannon would be a very good solution too... especially if the ammo feed was rejiggered to allow several hundred or even thousand rounds for each gun to be loaded in place in enlarged ammo magazines fitted to the gun mount so the crew did not need to leave the cabin to reload.
d_taddei2

they have learnt a lot in Syria, and its now obvious from this that they see how useful AA guns can be in direct fire role, just like they designing a new lightweight anti tank?material gun which with its cheap effective rounds is what you want in a prolonged war. A while ago Garryb posted a pic of a russian designed 4x4 with a zu-23-2 on the back it seemed like it was remote controlled from inside the cab, we both suggested that it would have been ideal to increase ammo load and encase the gun in metal capsule to protect ammo from shell splinters. cant remember which thread it was in. but obvious something they sw was useful from Syria.
Hole 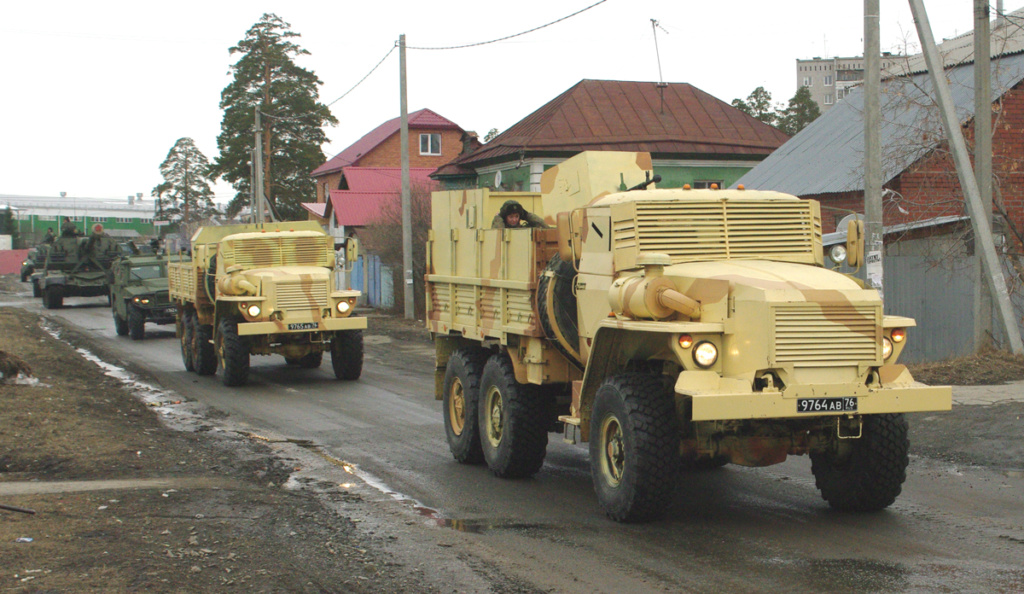 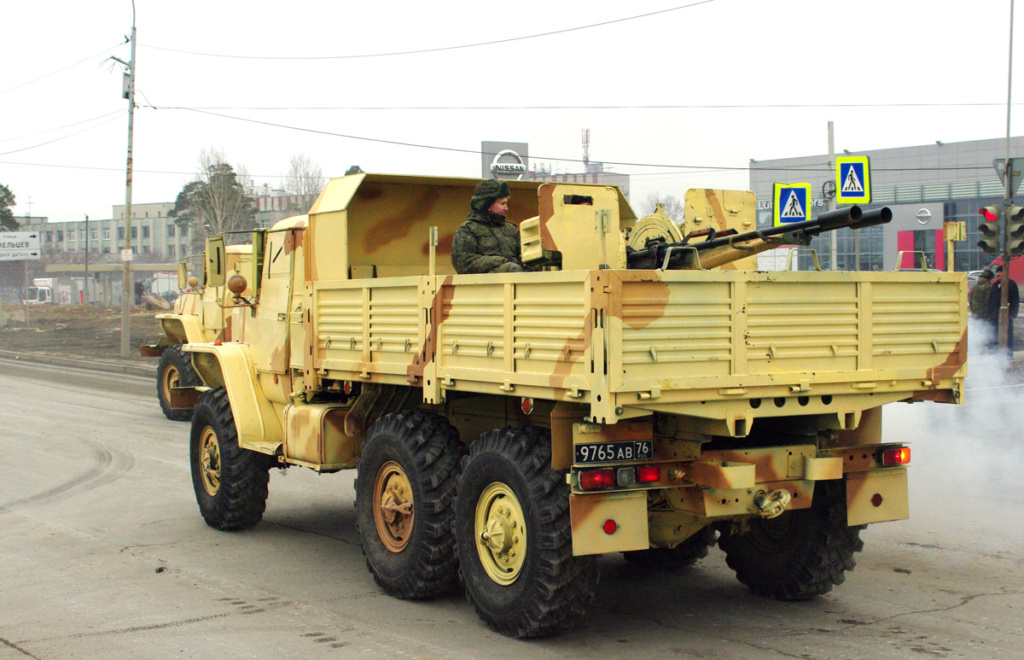 they have learnt a lot in Syria, and its now obvious from this that they see how useful AA guns can be in direct fire role, just like they designing a new lightweight anti tank?material gun which with its cheap effective rounds is what you want in a prolonged war.

To be fair they have for some time used SPAAGs in the ground role... from the twin 14.5mm HMG mount in BTR-40s, through twin 23mm cannon on flat bed trucks as well as Shilka platforms and ZSU-57-2 vehicles and Tunguska vehicles they already have a good history of dual use AA guns as devastating weapons in the ground support role.

Their 120mm mortar units have been pretty famous since WWII and also providing serious front line fire power, together of course with devastating artillery in the form of Grad rocket batteries.
Hole 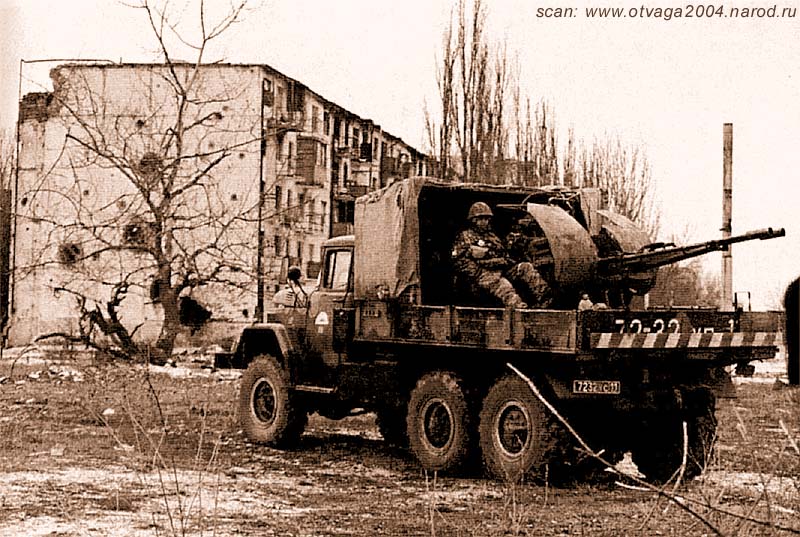 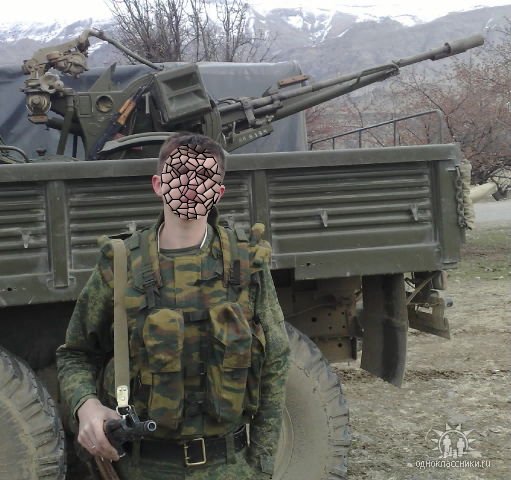 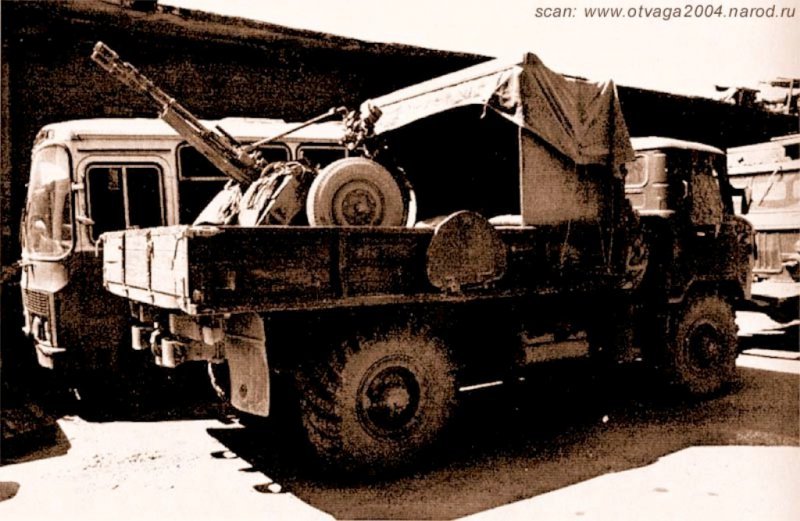 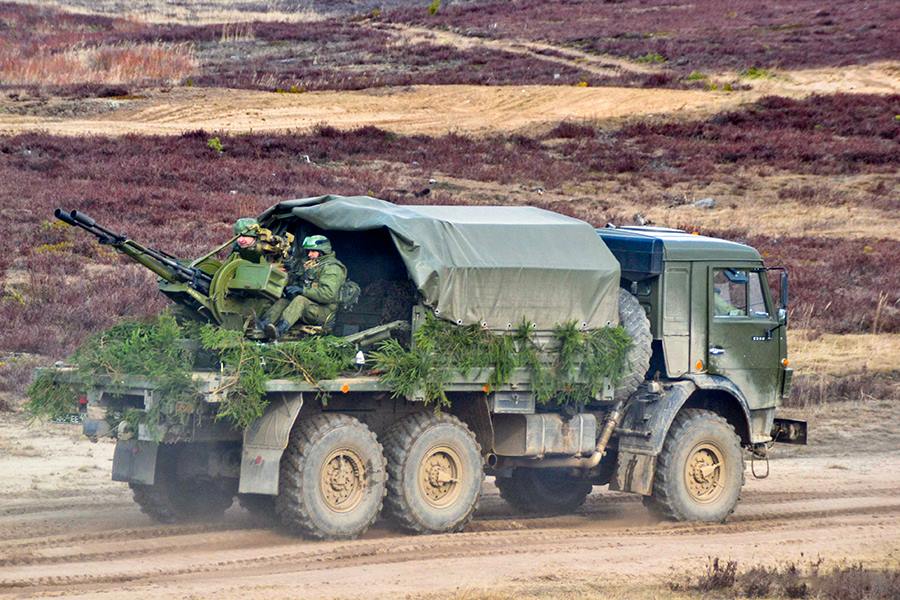 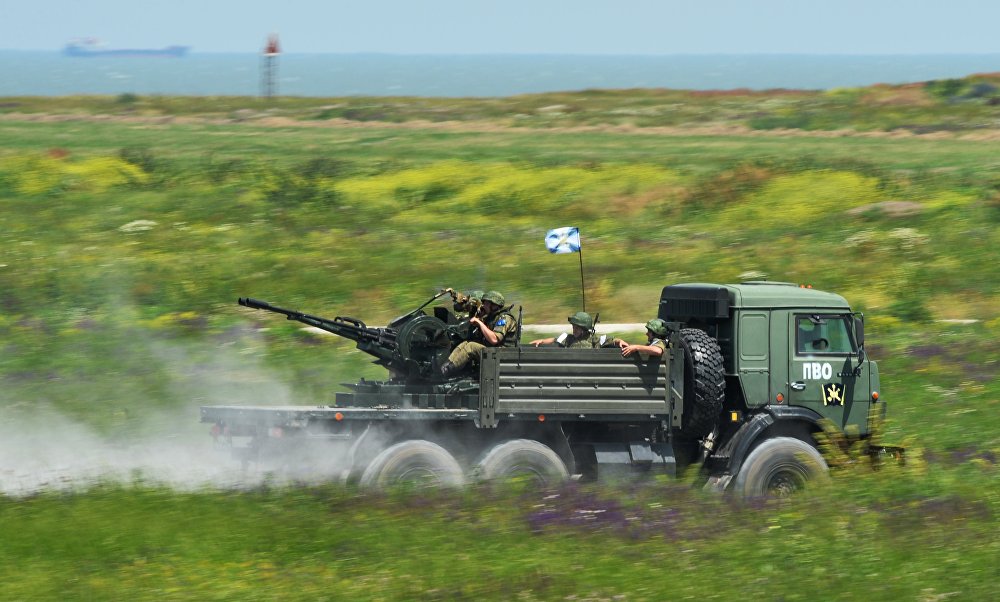 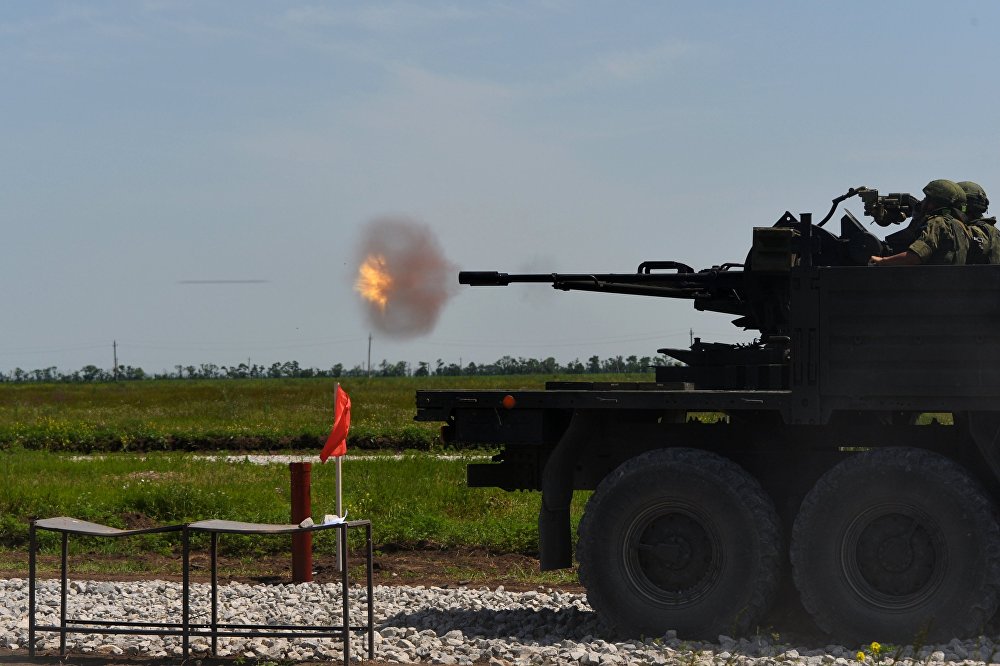 Firstly would it be possible for the mods to change thread title to zsu-23-4 and zu-23-2 systems please.

South African SP version.
Werwolf Mk2 mine-resistant platform, a heavily glazed armored jacket is installed, in which the Soviet ZU-23-2 nests , in the front of the installation, above the driver's cabin, a Cup-T machine gun , caliber 12.7mm, is installed , covering, among other things, the dead sector of the anti-aircraft gun, because its turret does not rotate 360 ​​degrees.

Pay attention to the absence of any target search and guidance systems.

A few Iranian systems. One with enlarged magazine. SP mesbah, and a triple barrel gattling 23mm.

And couple of other zu-23-2 systems, notice last pic being used to cover a valley ideal for this type of defence.

A good clip of Russian and Soviet AD systems, including ZSU-23-4 upgraded version.