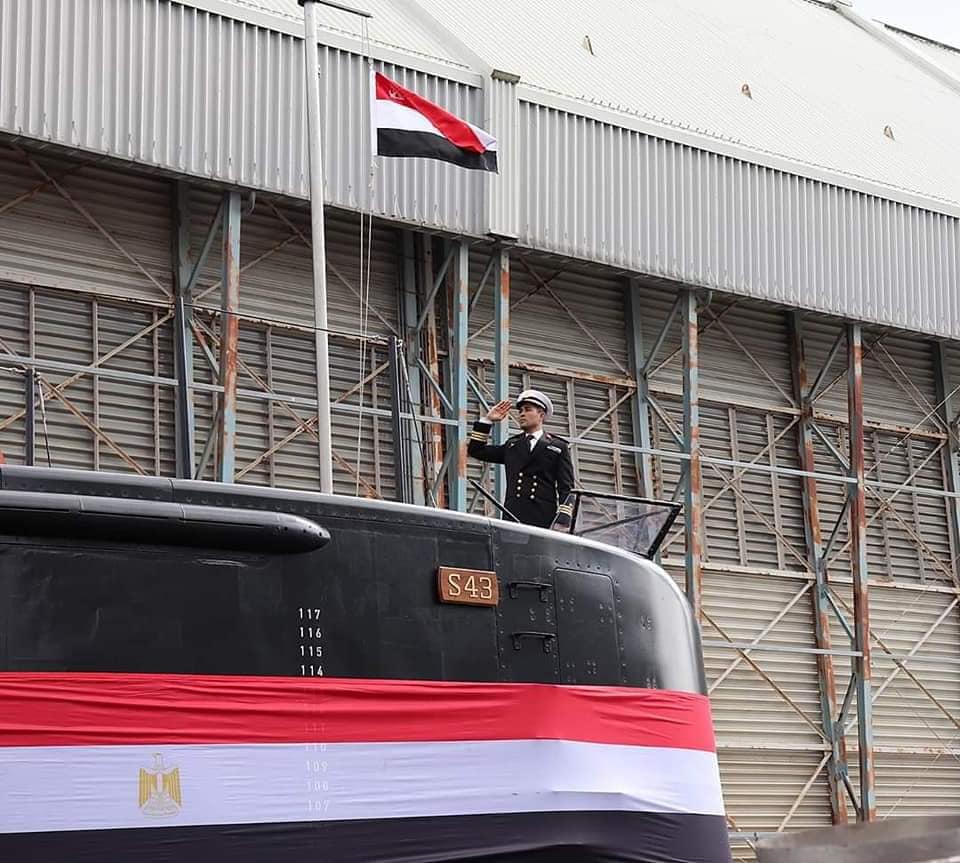 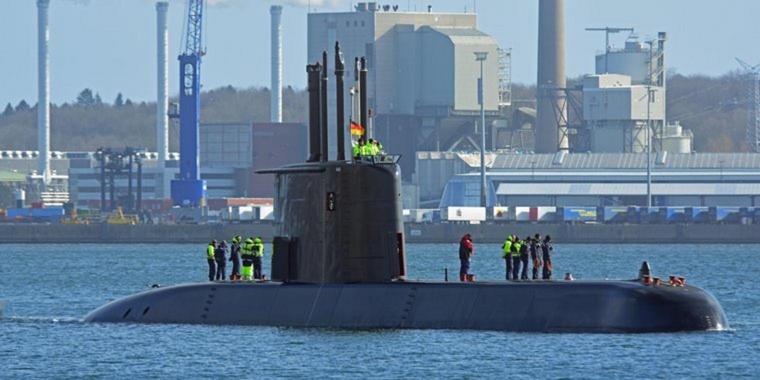 From April 15 to 17, the French Navy participated in an opportunity at sea exercise (PASSEX) with the Egyptian navy on the occasion of the transit in the Channel of the 3rd submarine S43 of class 209/1400 Egyptian and its escort unit, the Taba frigate type OH Perry.

The Egyptian group thus interacted successively with the Cormoran public service patrol vessel , then with the intervention, assistance and rescue tugs (RIAS) chartered by the French Navy Abeille Languedoc then  Abeille Liberté.

For Lt. Amin Salhi - commanding officer PSP Cormoran, "this group navigation enabled us to perfect our interoperability, in particular by carrying out tactical evolutions in coordinated training. We also tested different communication systems to exchange views and successfully achieve a "gridlock", that is to say a radar contact without visual ".

The mission of the French units was also to ensure the group's nautical safety in an area where more than 25% of world maritime traffic operates. Indeed, the English Channel is a complex maritime area due to its natural conditions (narrowness, strong currents, strong winds, high tides) and the high concentration of navigation flows (60,000 ships each year). Also, the units of the French Navy in the English Channel and the North Sea act daily to ensure the safety of navigation, from land with semaphores, at sea with public service patrol boats or even in the air with Dauphin and Caiman helicopters marine based in Le Touquet and Maupertus.

On April 17, the Egyptian group left the English Channel to join the Atlantic where it was joined by the high seas patrol vessel LV Le Hénaff , in order to continue its navigation towards Alexandria - its future home port.

The Egyptian and French navies maintain an old and sustained cooperation. Each year, more than twenty PASSEX are carried out between French and Egyptian units sailing in the Mediterranean Sea or the Red Sea, as well as many major operational training sessions such as Cléopatra , Ramses or even recently with the Jeanne group Arc in the Red Sea in March 2020.

It reached yesterday to Alexandria . 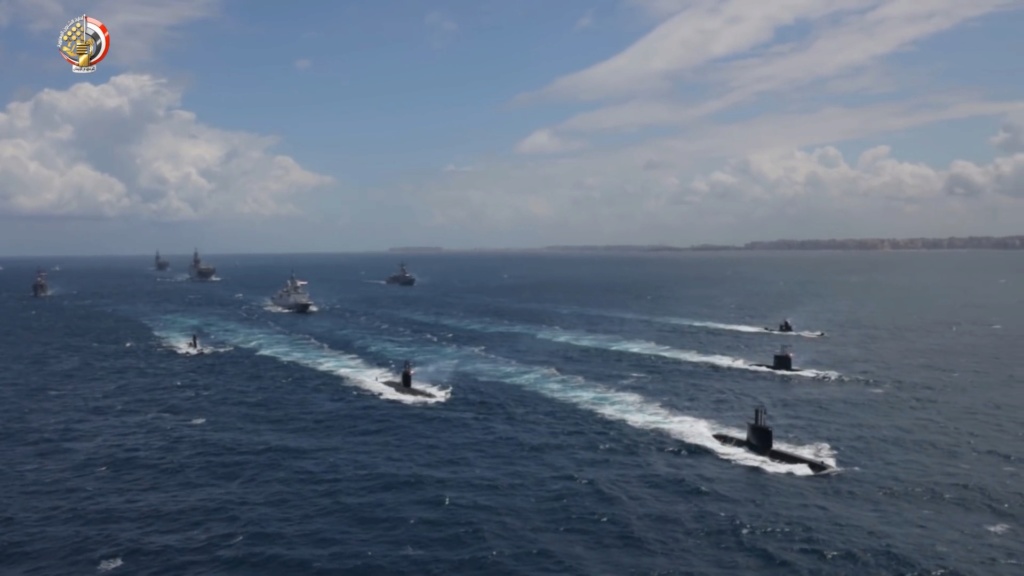 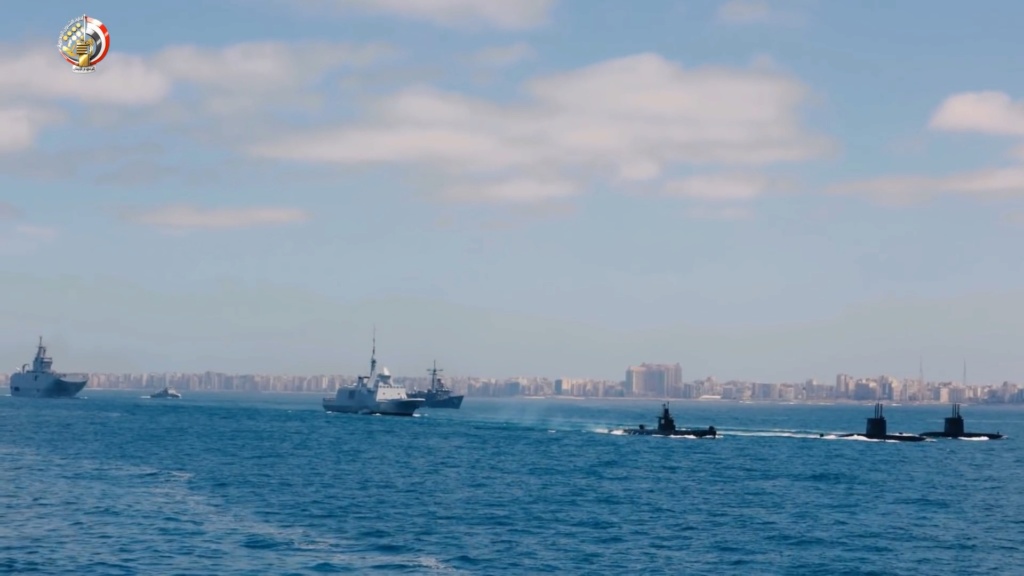 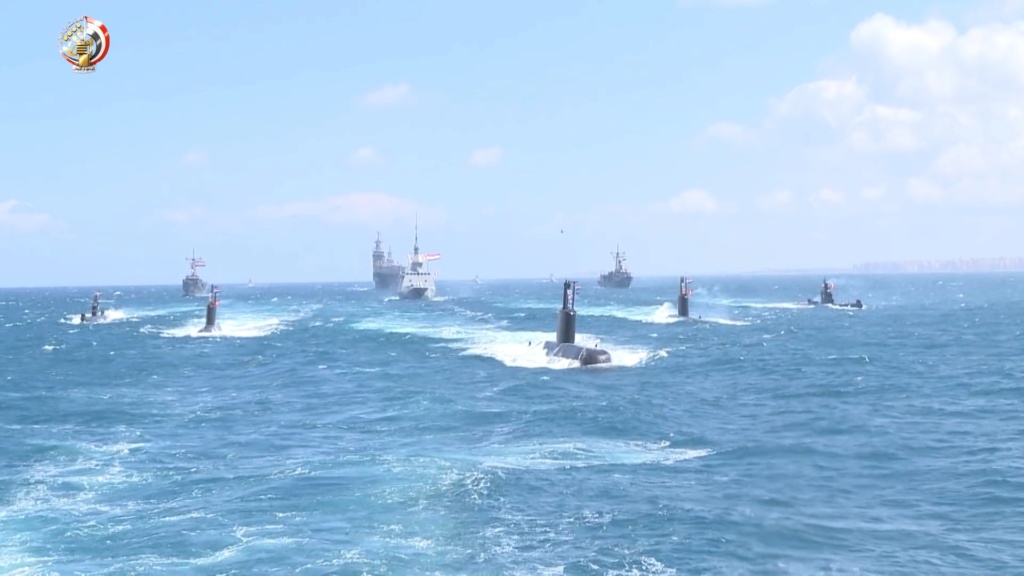 According to the annual report of the Italian Ministry of Foreign Affairs to the Italian Senate on the export of arms and military materials from Italy in 2019, Italian company Leonardo in 2019 received licenses to implement a contract to supply the Egyptian armed forces with 32 military helicopters manufactured by its helicopter division Leonardo Helicopters (formerly AgustaWestland) - 24 AW149 helicopters and eight AW189 helicopters.

Recall that back in April 2019, the media reported that the Egyptian Navy signed a Leonardo contract for the purchase of 20 AW149 helicopters (with an option for another 10), but this contract was never confirmed by Leonardo. Now it became known from the Italian official report that the contract with Egypt was even larger and included eight new AW189 helicopters.

Egypt thus became the first significant customer of the AW149 helicopter. First introduced by AgustaWestland in 2006, the AW149 9-ton take-off class helicopter is positioned as a specially designed military multi-purpose machine designed to compete with the Sikorsky UH-60 series of American mass helicopters. The actual civilian counterpart to the AW149 is the AW189 helicopter. Despite extensive testing and active demonstrations of four AW149 prototypes built from 2009 to 2016 and participation in a number of international tenders, so far the only order for serial AW149 was the delivery in 2017-2018 of five Thai army aircraft under a contract worth 92.8 million dollars, as well as one car for the Thai police.

The AW189 helicopter, which is the commercial derivation of AW149, has been in serial production since 2014, but has enjoyed moderate success in the market. Egypt, apparently, became the first AW189 customer for the needs of the armed forces.