Sergei Shoigu took personal control of the construction of the Vostochny


Photo from ISS, you can see space being cleared out for construction of Angara launchpad next to Soyuz one: MOSCOW, November 30. /TASS/. The budget for the construction of the second stage of the Vostochny spaceport in the Russian Far East in 2017-2019 has been approved in the amount of 25-30 billion rubles ($382.8-459 million) annually, Deputy Prime Minister Dmitry Rogozin told TASS on Wednesday.


Who will complete the Vostochny cosmodrome?

Administrative center in Tsiolkovsky is completed

MOSCOW, April 12. /TASS/. The construction of the launch pad for the Angara-A5 carrier rocket will begin at the Far Eastern Vostochny space center next year, the head of Russia’s space corporation Roscosmos said in an interview with the Rossiiskaya Gazeta government daily.

"The construction is due to begin next year," Igor Komarov said in an interview published on the Cosmonautics Day, marked on Wednesday.

He said the construction of the launch pad for the super-heavy version of Angara is also scheduled, "but this is already beyond 2025."

The first launch of Angara from Vostochny is scheduled for 2019. The International Launch Services company, that launches the Proton-M and Angara rockets, plans to start commercial launches of Angara from 2020 to gradually replace the Protons.

"Everything goes according to the schedule. We plan Souyz-2 launches in December under the state program to orbit the Canopus-V and the Meteor-M remote sensing satellites," Igor Komarov said in an interview to be published on the Cosmonautics Day, marked on April 12.

Chief engineers of the Vostochny project earlier announced that the space facility was ready for two launches that may take place in late 2017, but gave no further details.

The state corporation expects that up to ten launches, including commercial ones, will be held annually at Vostochny, which is still under construction.

Commercial launches to begin in 2018

First commercial launces from Russia’s new Vostochny space center in the Far Eastern Amur Region are to begin in 2018, the head of Russia’s Roscosmos space corporation said. The space center's commercial launch plan includes those for the OneWeb project aimed at creating a constellation of microsatellites to blanket the entire earth surface for broadband internet access all over the world.

"Two or three commercial launches are scheduled for 2018, six or seven - for 2019," the Roscosmos chief said.

In 2015, Russia signed a contract with satellite telecom startup OneWeb to launch a total of 21 Soyuz carrier rockets with OneWeb satellites between 2017 and 2019. OneWeb plans its initial fleet size to be at 882 satellites, with around 2,000 more to be added during the second stage of the project. According to media reports, Russian rockets may be used for the bulk of the launches....

Promo video with couple of new angles of the launch:

First time ever that budget was not cut!

Probably to help hurry up the construction. Which is good.
George1

The Angara is a family of new-generation Russian rockets

MOSCOW, August 11. /TASS/. About 38 billion rubles ($630 million) are planned to be spent on building the launch facility for Angara carrier rockets at the Vostochny spaceport, according to the documents of State Space Corporation Roscosmos posted on the website of state purchases on Friday.

"The intended [maximum] cost of the construction of the launch compound with one launcher in compliance with the design documentation developed by the 31st State Design Institute of Special Construction and the construction’s consolidated estimate calculation in 2017 prices is 37,752.3 million rubles," the document says.

The specified sum does not include the development, manufacture and assembly of technological equipment at the launch compound, the materials say.

According to the Roscosmos document, the construction completion and the commissioning of this infrastructure are scheduled for 2022.

Russian Deputy Defense Minister Timur Ivanov who visited the Vostochny spaceport in the Russian Far East in late May was informed that the construction of the launch pad for the Angara carrier rocket at this cosmodrome would cost 58 billion rubles ($968 million) and would be completed in 2023.

As was reported earlier, Roscosmos planned to hold an open tender among companies in the fall of 2017 for a contract for building the second stage of the Vostochny spaceport, including the launch facility for Angara carrier rockets and other infrastructural facilities.

The Vostochny spaceport in the Amur Region in the Russian Far East has been under construction since 2010. Last year, the first launch from the cosmodrome’s launch pad took place and the construction of its second stage is planned for 2018.

Russia’s Federal Agency for Special Construction (Spetsstroy) was earlier in charge of the spaceport’s construction; however, it was later abolished due to the numerous complaints of customers and the bodies of power about the time limits of fulfilling the works and the financial discipline of enterprises subordinate to Roscosmos. Specifically, a large number of violations during the construction of the Vostochny spaceport was highlighted.

Roscosmos Head Igor Komarov earlier told journalists that the construction of the second launch pads for the Angara carrier rocket at the Vostochny and Plesetsk spaceports would begin after 2025.

The Angara is the family of new-generation Russian rockets. It consists of unified light carrier rockets Angara-1.1 and Angara 1.2 and their heavy version Angara-A5.

The first test launch of the heavy Angara-A5 carrier rocket with a lifting capacity of up to 24 tonnes took place at the Plesetsk cosmodrome in the Arkhangelsk Region on December 23, 2014.

It was reported earlier that the first launch of the heavy Angara-A5M carrier rocket was scheduled to take place at the Vostochny spaceport in 2021.

Rogozin sums up the current state of Vostochny and the plans for the Angara and SHLV launch pads there.

Rogozin sums up the current state of Vostochny and the plans for the Angara and SHLV launch pads there. There is also
some discussion about Banderastan at the end.

Spezstroy delayed construction of Vostochny by 18 months which required serious overtime to undo. The criminals who
were running rackets inside Spezstroy are either already doing time or soon to join their pals.

Yuzhmash is basically dead. It is shut down with its young workforce looking for Russian citizenship and the production
likes are literally being looted.

Rogozin is under no illusion about Russia's Kazakh friends. Even though the clowns were trying to shake down Russia for
using Baikanur have been removed, Russia will make sure to have 100% independence in all of its launch capacity and
deployment.
George1

MOSCOW, August 18. /TASS/. The Russian government has instructed the Finance Ministry to transfer 2.3 billion rubles ($39 million) to the State Space Corporation Roscosmos for the operation of the Vostochny spaceport, according to the government’s resolution posted on the legal information web portal on Friday.

The sum has been allocated from the funds set aside for outer space exploration, the materials say.

Roscosmos to create infrastructure for inter-planetary spacecraft at Vostochny

They should start mowing lawns 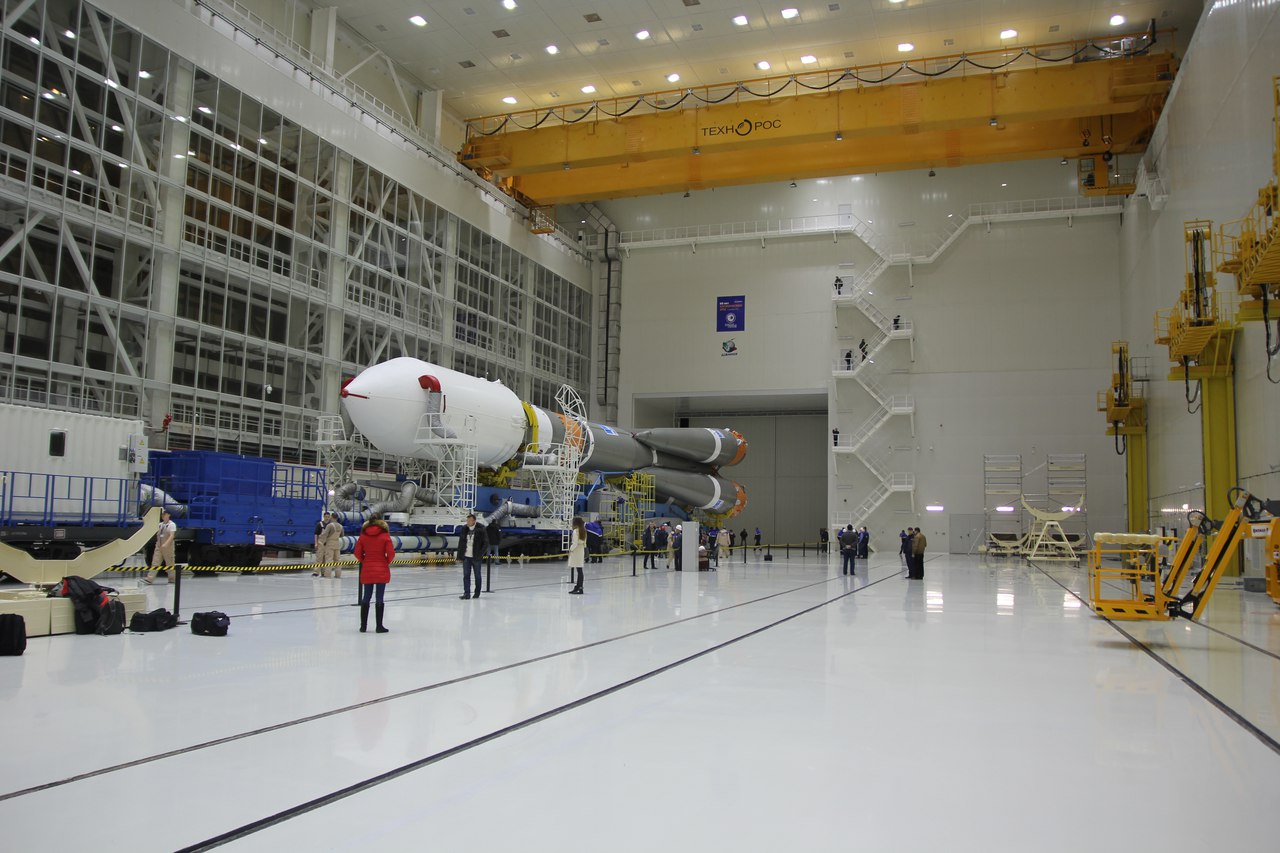 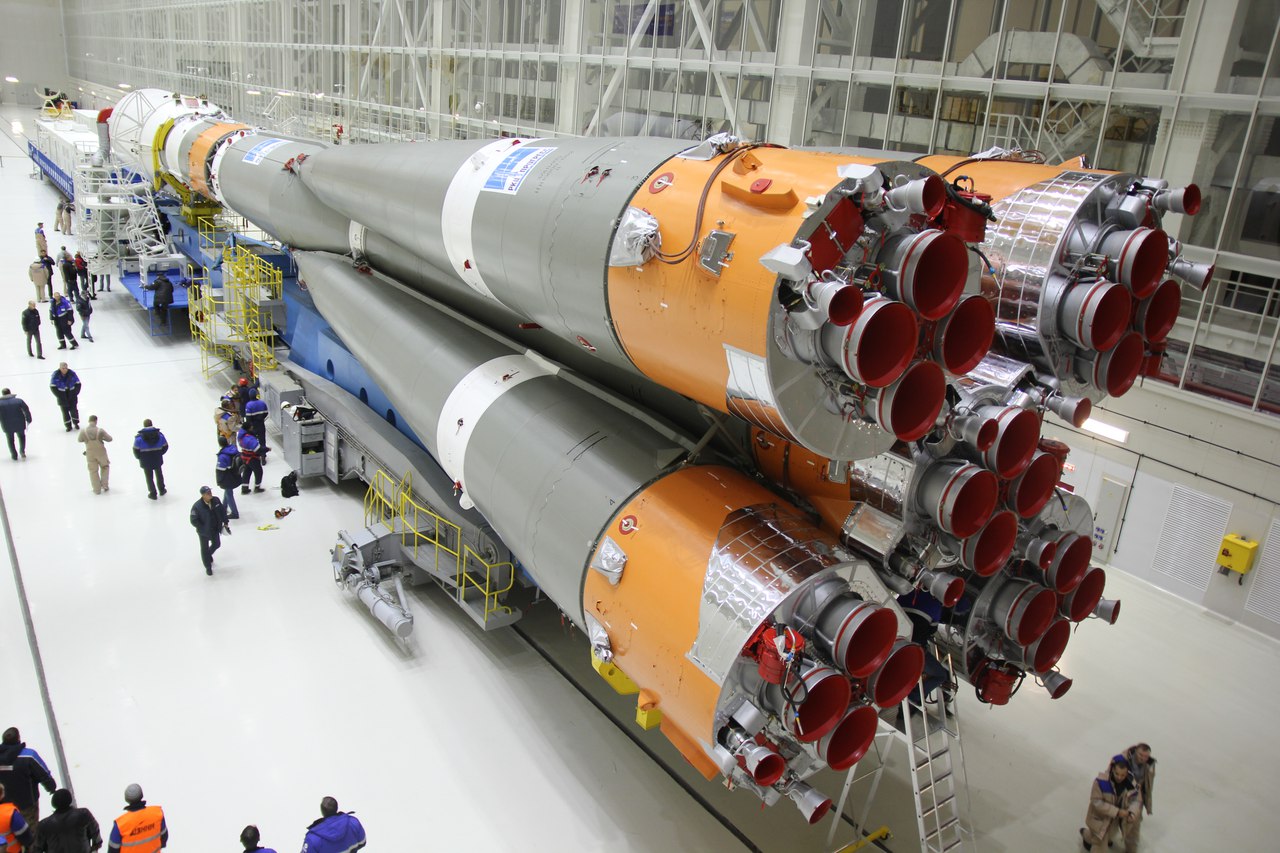 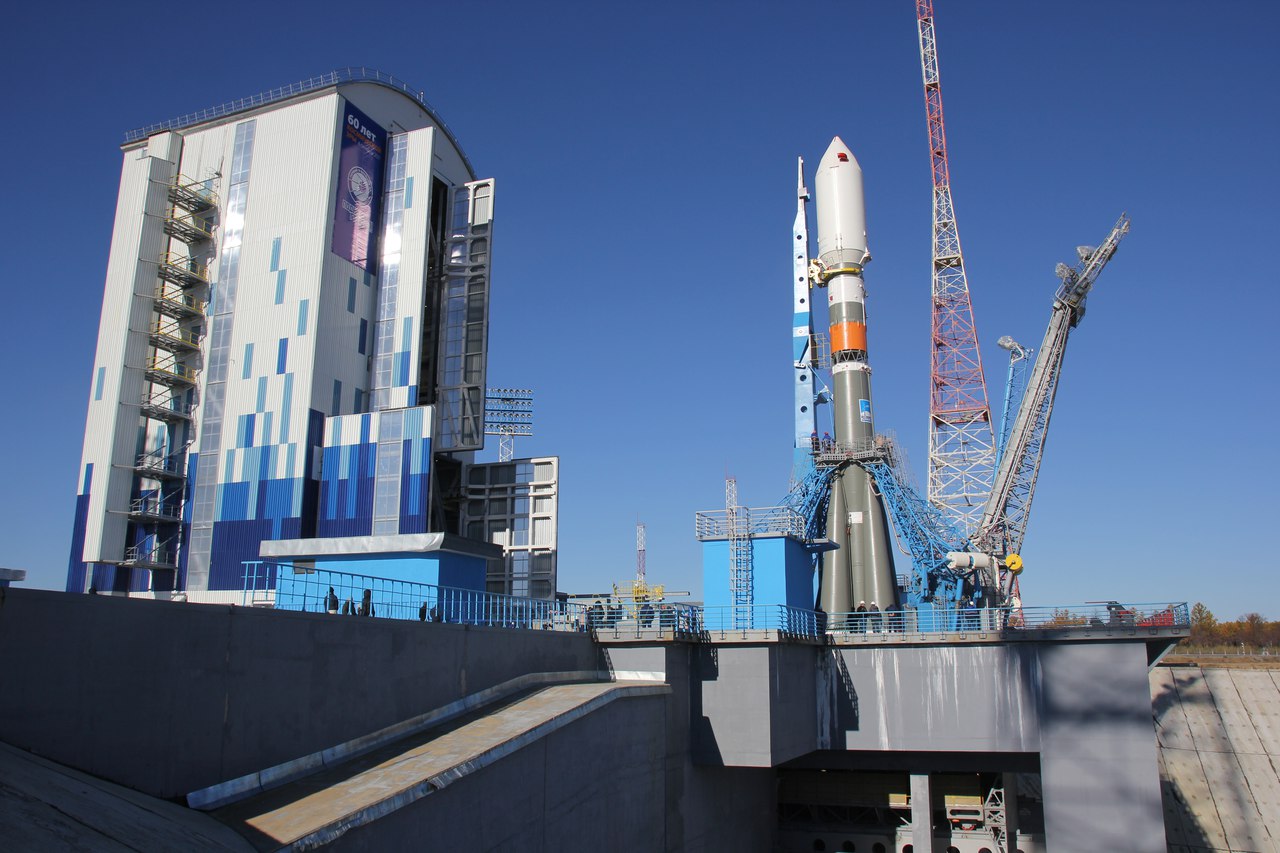 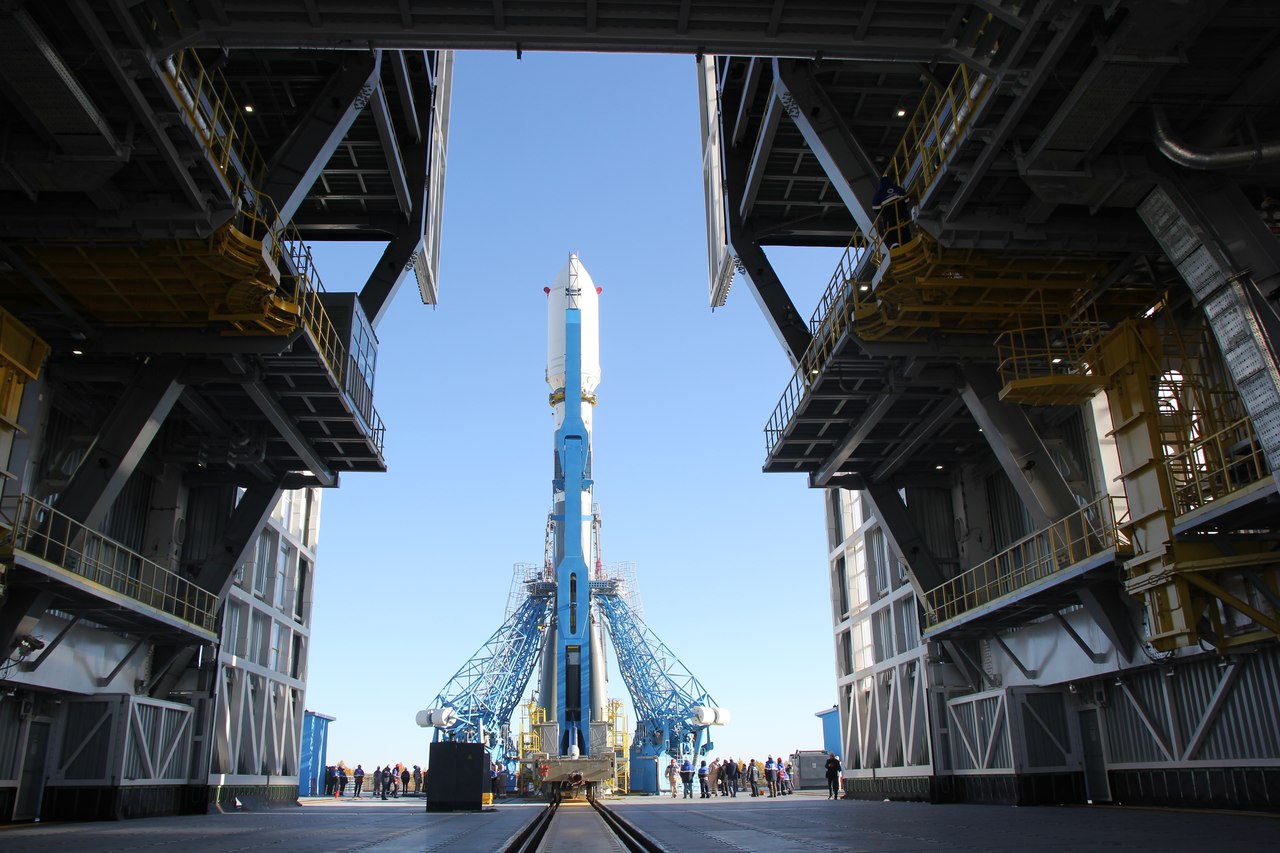 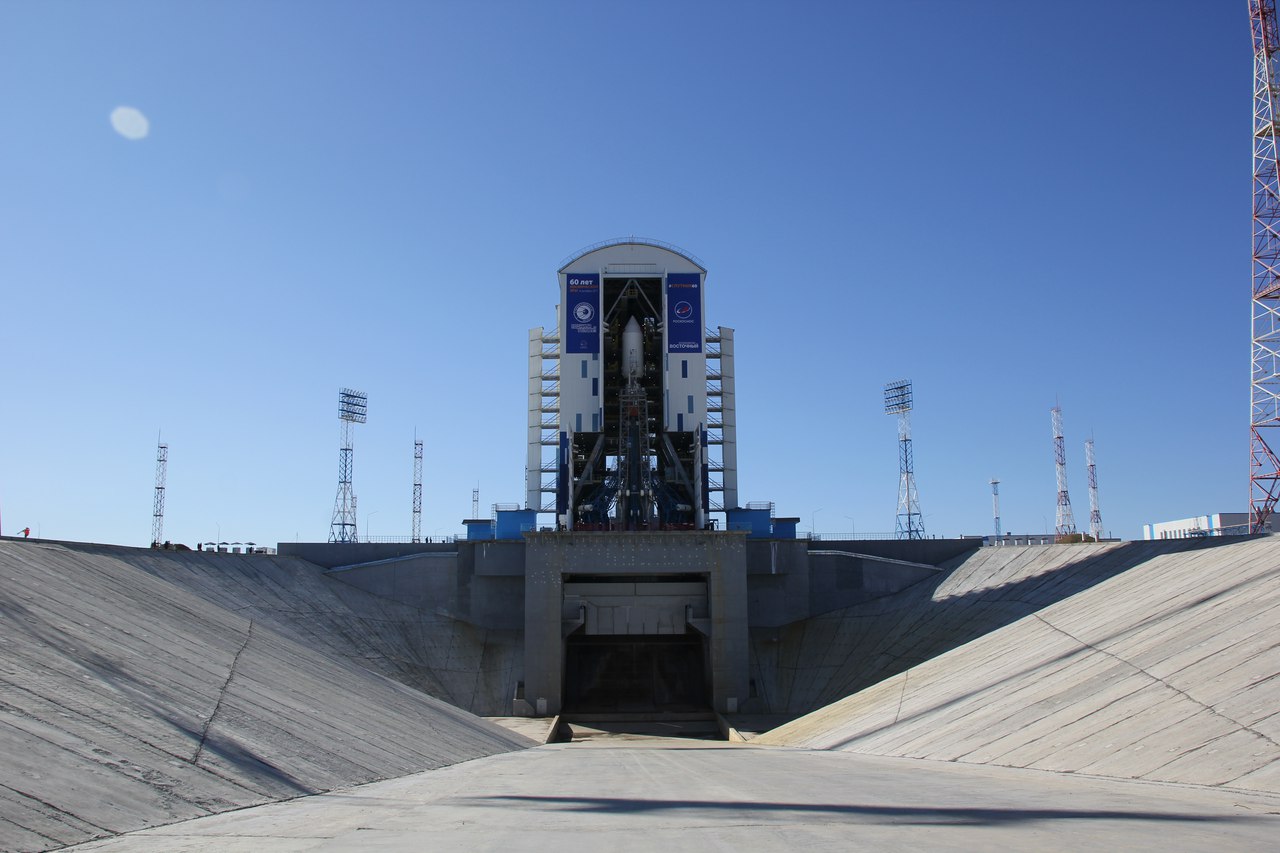 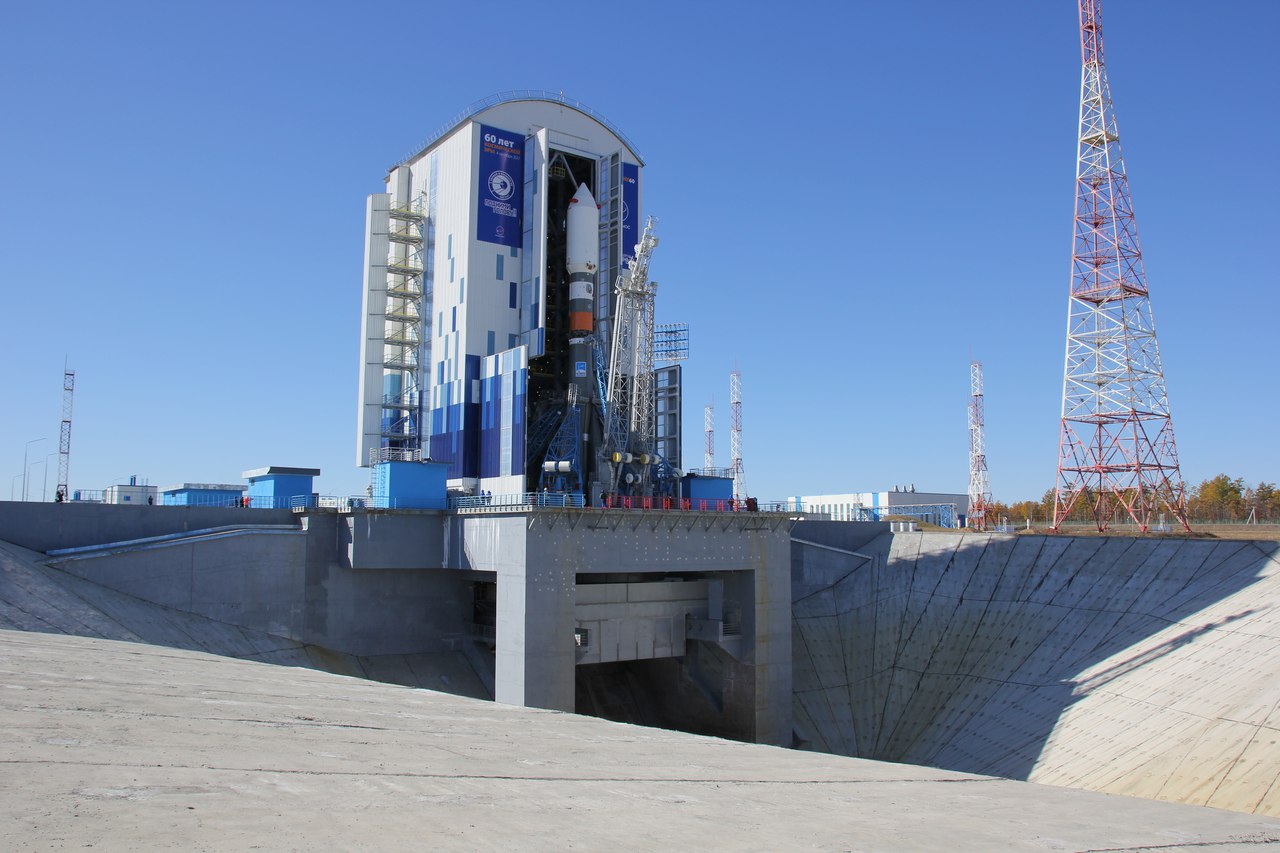 I can't see any of your photos

Check with the mods but in the meantime here are links to them:

At 5:18 you can they made some alterations to launchpad, probably due to that segment getting blown off during previous launch.

Looks like new contractor for Angara launchpad on Vostochniy will be PSO Kazan (ПСО Казань) but it's not officially confirmed yet: