A contest between a white nationalist and a globalist

Neither has anything to offer Russia, IMO

Οnly Zemmour will support Le Pen in 2nd round

George1 wrote:Οnly Zemmour will support Le Pen in 2nd round

Choice between cholera and the plague anyway

The irony is that France joining Russia and China means France gets a say in her own future... not really something they get now because the US controls the EU and the EU controls France.

But they don't get that yet.

Imagine an EU that actually could do what was best for the EU... it seems the leaders of the EU can't.

The irony is that France joining Russia and China means France gets a say in her own future... not really something they get now because the US controls the EU and the EU controls France.

But they don't get that yet.

Imagine an EU that actually could do what was best for the EU... it seems the leaders of the EU can't.

It's just a difference in approaches. One pretends at liberalism and human rights, and the other one for strong nation states and conservative values.. but both are for a 'united Europe', and one that tries to prevent Russia from making deals with those asiatics; for some reason they consider it their business.

Russia has divorced from Europe and the divorce is final. A total war has been declared against Russia militarily by a puppet govt in the Ukraine, and economically, socially by the rest of this Europe.
Any one of these countries is free to join Russia. Otherwise they ought to get on with their own affairs, and figure out where to get food and energy supplies from - because our own we need for ourselves and countries friendly to us first and foremost.

Current French President Emmanuel Macron won 27,84% of the vote in the first round of the presidential election after 100% of the ballots were processed, according to results published by the Interior Ministry on Monday (11).

Among the top five prominent candidates were also Eric Zemmour of the far-right Reconquista Party and the conservative Valerie Pecresse, with 7.07% and 4.78% respectively.

After the result, Valerie Pecresse of the Republicans admitted defeat and invited supporters to vote for Macron, just as she intends to do in the second round.

Despite all the support he has been receiving, Macron is realistic in the face of the dispute. Earlier, with almost 100% of the polls cleared, he addressed the co-religionists and stated "Nothing is decided and the fight that we will lead in the next 15 days will be decisive for France and for Europe".

Candidate Jean-Marine Le Pen will face current President Emmanuel Macron in the second round of elections for the French chief executive on April 24.

Somebody posted this below in the Twitter thread lol! 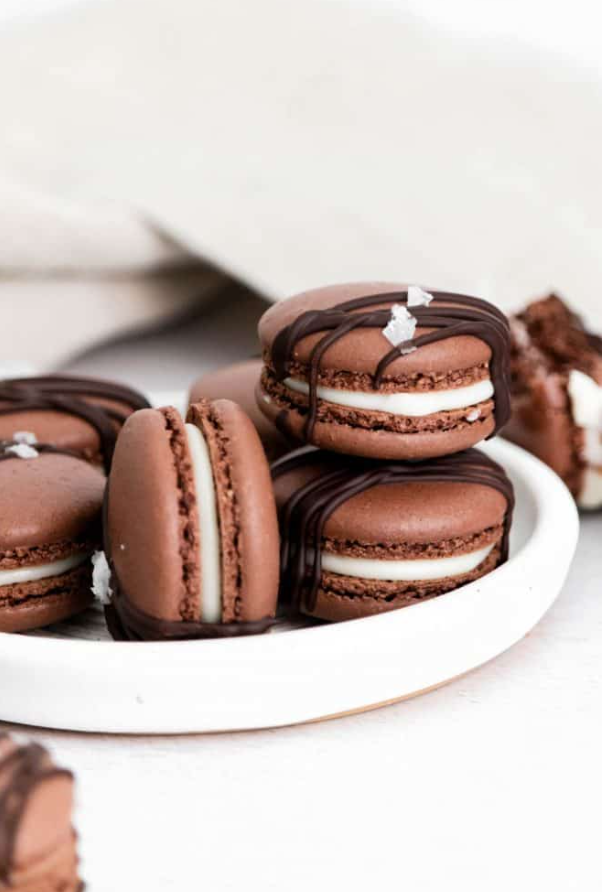 This election was decides before it began.  They will fudge the numbers along and attempt to make it look like an honest election unlike Bidens victory.

sepheronx wrote:This election was decides before it began.  They will fudge the numbers along and attempt to make it look like an honest election unlike Bidens victory.

For sure the fix is in.   The polls had Le Pen and Micron running neck and neck but the vote produced a substantial spread.   BS.
Opinion polls are not +/- 5%.  There is a type of "thermalization" in human society so sampling 2000 people will give you a very accurate
distribution of the opinions.   Only if the polling is done with a skewed choice of regions and demographic groups would you get large
deviation from the actual country-wide distribution.

Biden's election was a total fraud.   More people voted than were registered by millions.   I have posted before that the mail in ballots
were fake since they have parking lots and abandoned buildings as addresses and they were 100% pro-Biden.   Real ballots would have
shown a poll-consistent spread of Trump and Biden ballots.

The problem is that NATzO sheeple have been brainwashed from birth that they live in exceptionally democratic and infallible societies.
The idea that they are living in kabuki theater dictatorships produces intense cognitive dissonance.   The NATzO fake stream media
spends all of its time projecting hate onto countries such as Russia.   So to the average NATzO sheeplet it is "naturally obvious" that
Putin is a "tyrant".

I think the Europeans are secretly jealous of the success of Putin and want their own version... but that would probably look more like Hitler than any of their current pathetic bunch of candidates.

The future Russia and China are trying to create is one where the US can't just print more money and bribe everyone with it to get their way... the west doesn't need to be destroyed as such, but speaking with one US voice makes it clearly wrong, for the west as well as the rest of the world...

I could see a situation where the EU splits and old europe gets independence from the US, but it will remain colonial and white, but most of new europe will likely stick with the US... they really don't like independence and prefer to be standing under the skirts of a big strong mother...

GarryB wrote:I think the Europeans are secretly jealous of the success of Putin and want their own version...

Marine Le Pen vows to "leave NATO integrated command", but will not leave the European Union, 13.04.2022.

French far-right presidential candidate Marine Le Pen has said she wants to "leave NATO's integrated command," as was the case from 1966 to 2009, should she be elected in the second round of the presidential election.

According to the French media, she, however, confirmed that she does not want to give up the "application of Article 5) concerning collective defense" and that she no longer intends to leave the European Union. "Frexit is not our project”.

So according to this "journalist" Le Pen is "far right" aka Nazi. This says everything you need to know about western "journalism".
I would call Le Pen a real centrist. Blocking free flow of economic migrants that results in ghettos and no-go zones is not "far right".
It is actual sanity. People are such morons. Restricted migration is not oppression and not discrimination. No society has
infinite absorption capacity for immigration. This is patently obvious from the failure of these migrant hordes to integrate into
the French society in this case. But I am sure that CRT retards will claim that this is racism. But then they are retards.

To call Eric Zemmour and Marine le Pen far-rightists is a smearing and vilification act of the true right trend French politicians and journalism. The fact of designing someone a rightist or leftist is a French tradition that comes by the seat occupation at the National Assembly after 1789. Right now for instance, Emmanuel Macron is called a "centrist", when he's utterly a rightist, and "leftist" Jean-Luc Mélenchon calls for his voters not to vote for le Pen on the second round because "she's a far-rightist".

Same will very soon happen with "Manu", Jean-Yves and Florence.

The La Republique En Marche party founder and former Rothschild investment banker appears on track to repeating his 2017 victory against National Rally leader Marine Le Pen, whom he defeated 66.10% to 33.90% in a runoff race.

Speaking to supporters from her campaign headquarters on Sunday evening, Le Pen vowed to "carry on" her political career, and promised to "never abandon" the French people. The National Rally politician called her showing a "resounding victory," with her results narrowing the gap between herself and Macron by nearly 10 points compared to the 2017 election.

"The ideas we represent are reaching new heights...The result represents in itself a resounding victory," Le Pen said. The National Rally leader vowed to move forward with a "great electoral battle" for the upcoming French National Assembly elections, scheduled to take place on 12 June.

"I will lead this battle alongside [acting National Rally president] Jordan Bardella, along with all those who had the courage to oppose Emmanuel Macron in the second round," she said. "I will continue my commitment to France and the French," she added.

Le Pen said she felt "no resentment" from her defeat, saying she could not help but feel "a form of hope."

Earlier, projections cited by French television channels indicated that Macron was leading Le Pen with a margin of 57.6-58.2 percent against her 41.8-42.4 percent.

Macron is the first French president in two decades to win a second five year term in office since Jacque Chirac did so in 2002.

The French went to the polls for a second round of voting in presidential elections on Sunday. The first round, held on 10 April, saw Macron secure 27.85 percent of the vote against 23.15 percent for Le Pen, with La France Insoumise candidate Jean-Luc Melenchon coming in third with 21.95 percent. Melenchon threw his support behind Macron after his defeat, with several other left, liberal and green candidates also expressing support for the incumbent president.

Macron's victory comes despite political pressures from both the left and right throughout much of his first term in office, from the Yellow Vests grass roots economic justice protests which began in 2018 and have taken place weekly ever since, to his government's hardline coronavirus response, which has sparked annoyance from bodily autonomy and freedom of choice advocates across the country, to a large-scale corruption scandal facing his government.

About 28 percent of the electorate abstained from Sunday's runoff, with polling by Ipsos-Sopra Steria showing that 46 percent of the French had a "negative feeling" about Macron's prospective reelection to a second term.

French presidential and left-wing coalitions advance to second round of elections, 12.06.2022.

According to the results of the first round of parliamentary elections in France, the camp of President Emmanuel Macron won (25.7% of the vote) and the left bloc led by Jean-Luc Mélenchon - 25.64%. Marine Le Pen's party received 18.72%. The turnout was 39.42%.

The French voters are sheep. They are voting for "leftists" and getting reamed by globalist parasites. In Kanada we have the NDP
enabling corrupt narcissist Turdope's dictatorship. The lemmings are all afraid to vote for none of the above. They would rather
bend over and take it.

This means that to avoid chaos the frogs will be forced to introduce 'co-habitation". Yes, but it is requested not to "humiliate" him, thanks!

Coalition of French President Emmanuel Macron "Together!" failed to get an absolute majority of seats in the National Assembly, as evidenced by the results of the second round of the parliamentary elections.

According to BFMTV , the Together! will receive from 205 to 235 seats in the National Assembly, which has 577 deputies.

The opposition left bloc will have from 170 to 190 mandates.

On June 19, France held the second round of elections to the National Assembly (lower house of parliament).