Whats the name of the music track on this video, I cant find it anywhere :S
Serbia Forever 2

The Yakovlev design bureau seems to think there are other options for the Yak-130 design.

If you look at this page you will see a Yak picture showing their Yak-130 family:

Also on this site there is this:


Scientific Research Radio-Technical Institute that showed an assembly line producing SAP-518 and SAP-14 jamming pods for foiling enemy air defenses that are to be installed on new Sukhoi aircraft such as the Su-30. Descriptions of their capabilities sound much like standard jamming techniques offered by the U.S.'s ALQ-99. The equipment imitates the electronic signatures of various aircraft and generates false targets within enemy sensors.

Another export customer is the Indian air force. New Delhi is thought to be a buyer of centerline electronic warfare pods for its newest Su-30MKI fighter.

Which is that the bottom of this page:

The whole page is worth a read BTW.


Note: That ADS (Also known as A-91M) looks so awesome. Hope the whole armed forces gets new weapons (bullpups?) like that.

According to one general the VDV are getting them and considering they were designed for underwater use I would assume the Russian Navy might be adopting them too. There was a hint of a new assault rifle being revealed this year wasn't there?
A bullpup with forward ejection so it can be used left or right handed without modification that can fire underwater using special ammo.
With the bullpup layout dealing with the front heavy problems of normal rifles it seems to be the best of everything.
I wonder if it has a balanced recoil mechanism to reduce movement during automatic firing.
Add to that the plans for improved propellent development as mentioned in a thread on this forum and it sounds like a very capable weapon with huge potential.


Love the Pechora videos... keep up the good work.

This video is part of a series of videos on how to operate an SA-3 simulation program. It is incredibly detailed and I think it includes the link to download the actual simulator, which is free.

Do a search for the other video parts and I think it includes the location for the game source:

Equipment for the operator of Recon, command and signal complex Strelets

Please use the correct format for video embedding. Click the movie reel and place the links. 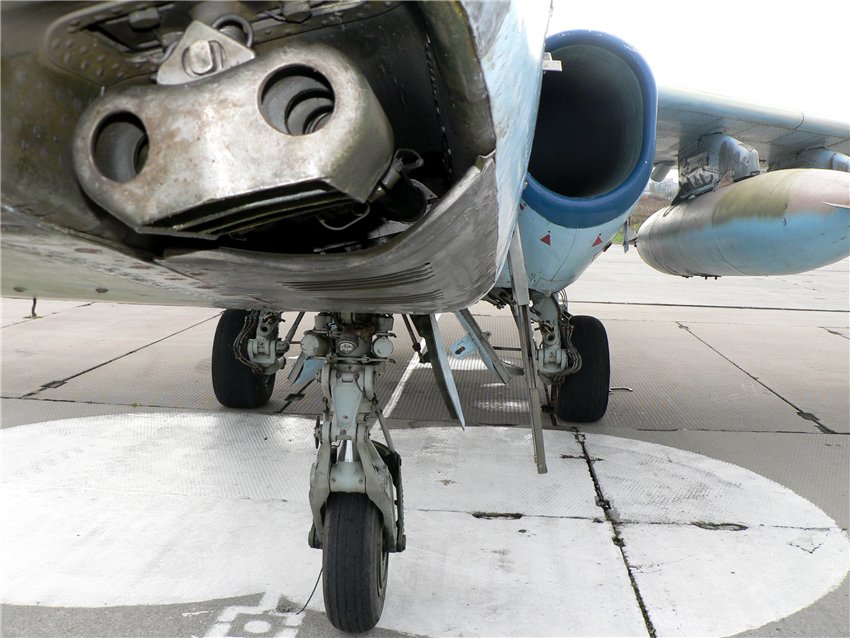 (hope this guy is not a pilot, or even in the military, loose some waight you fat ass! 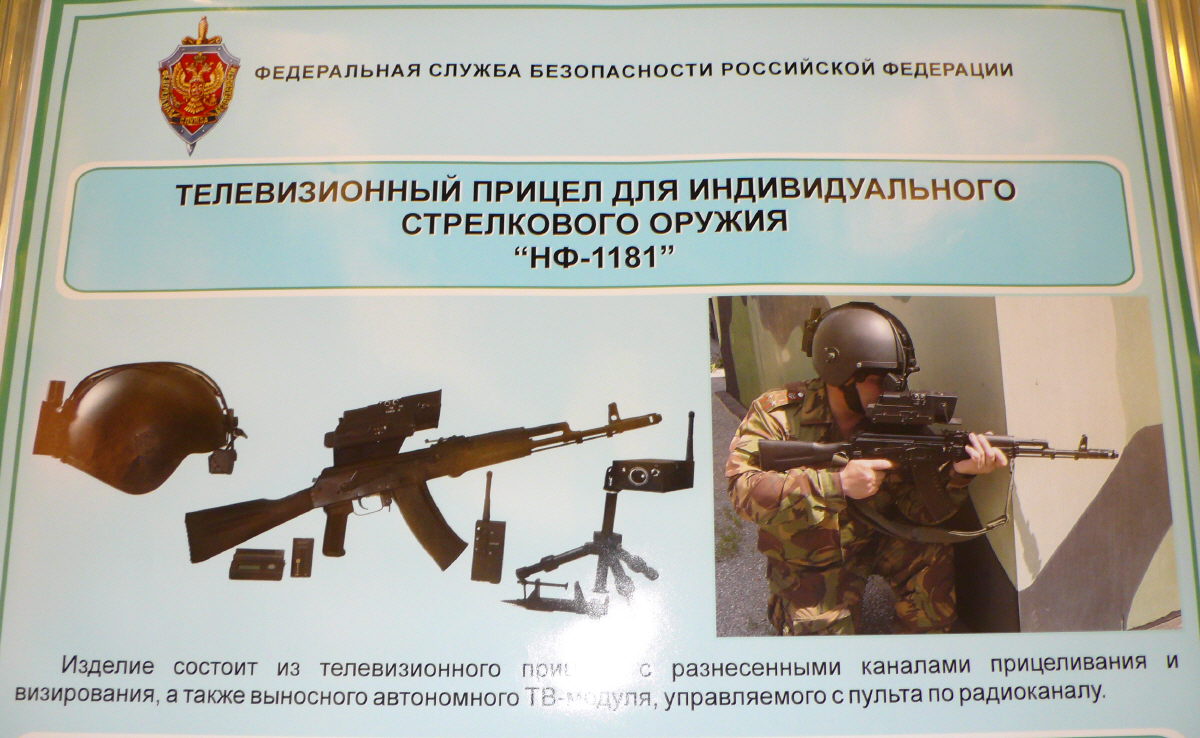 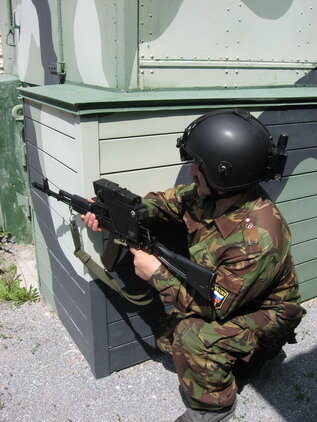 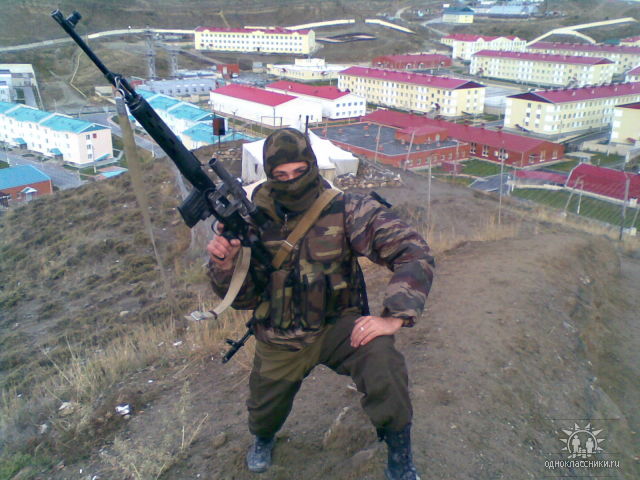 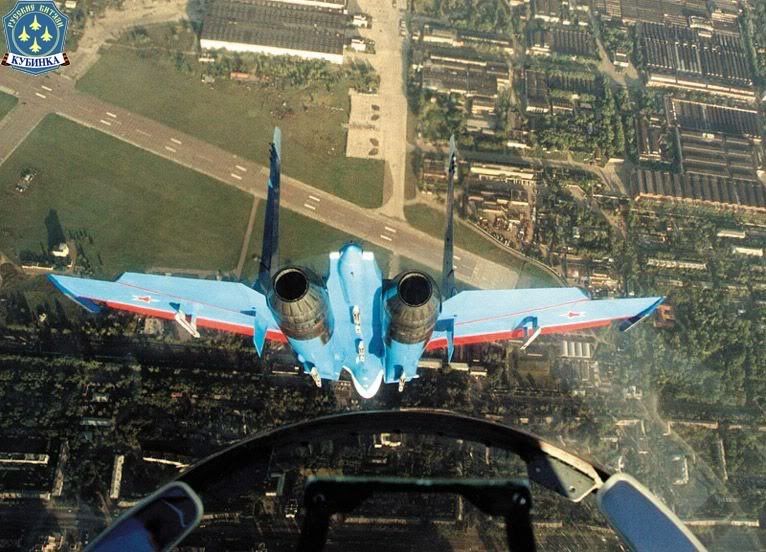 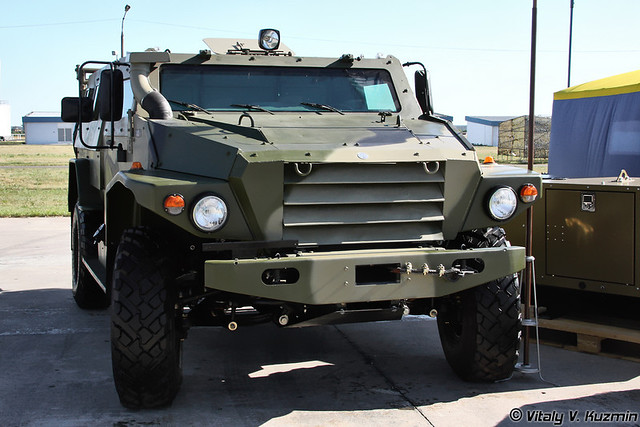 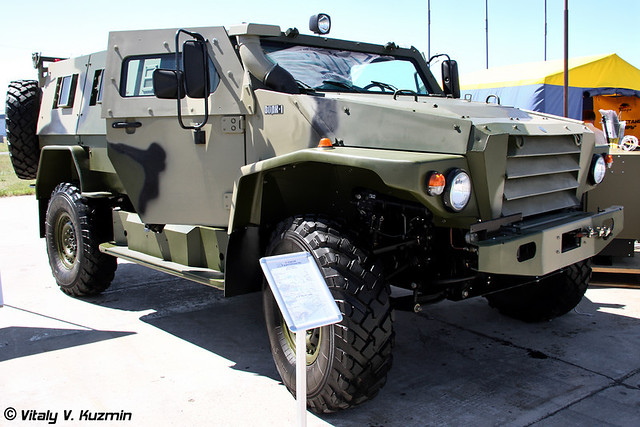 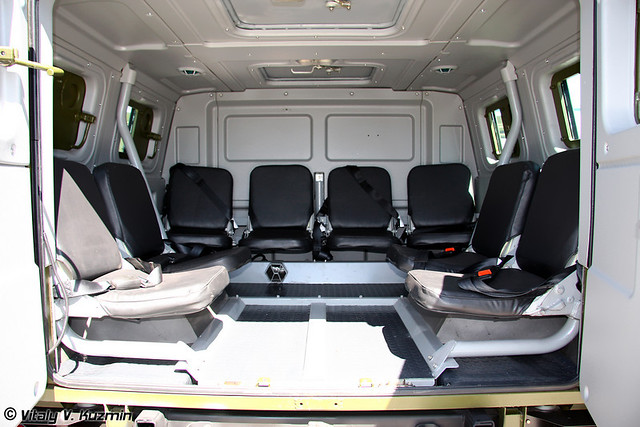 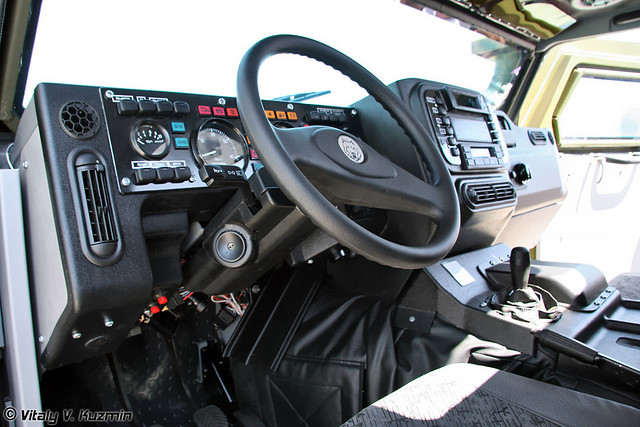 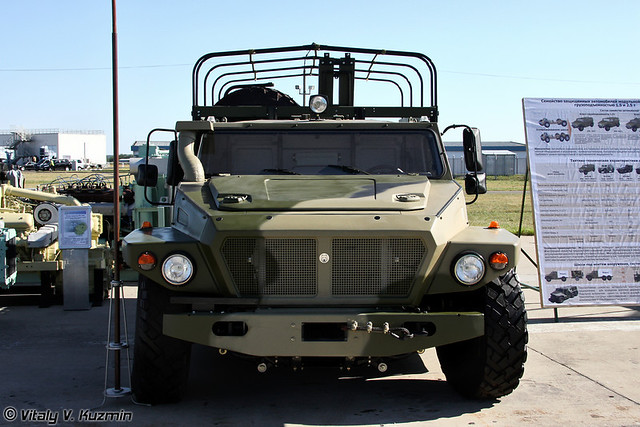 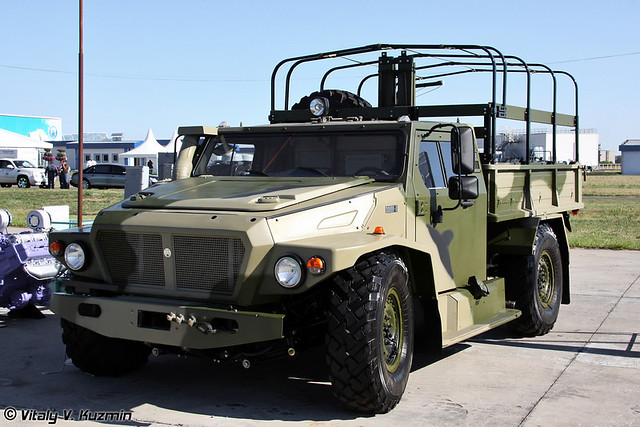 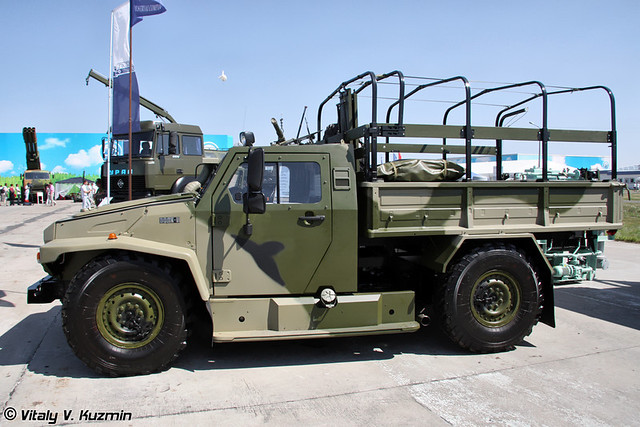 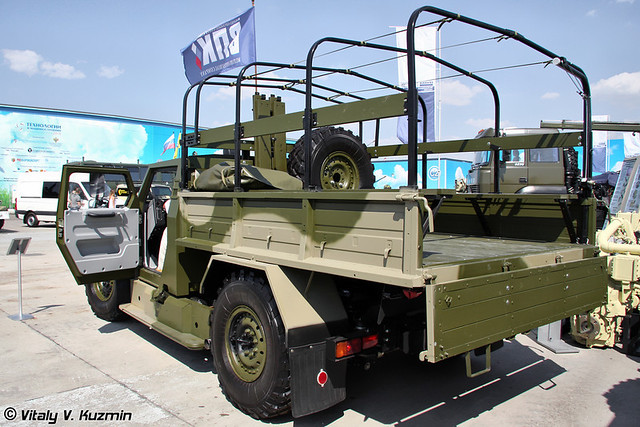 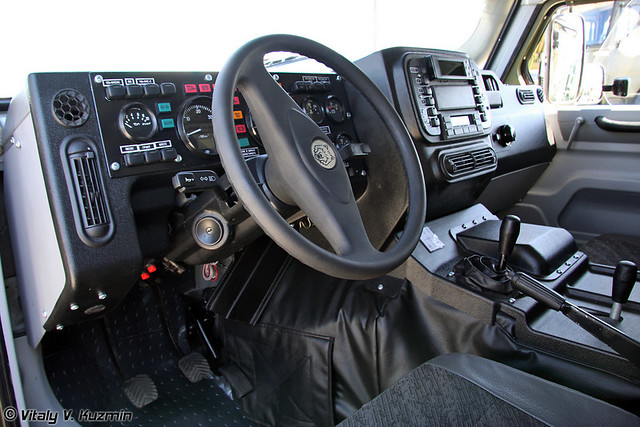 More Russian then this? is impossible! 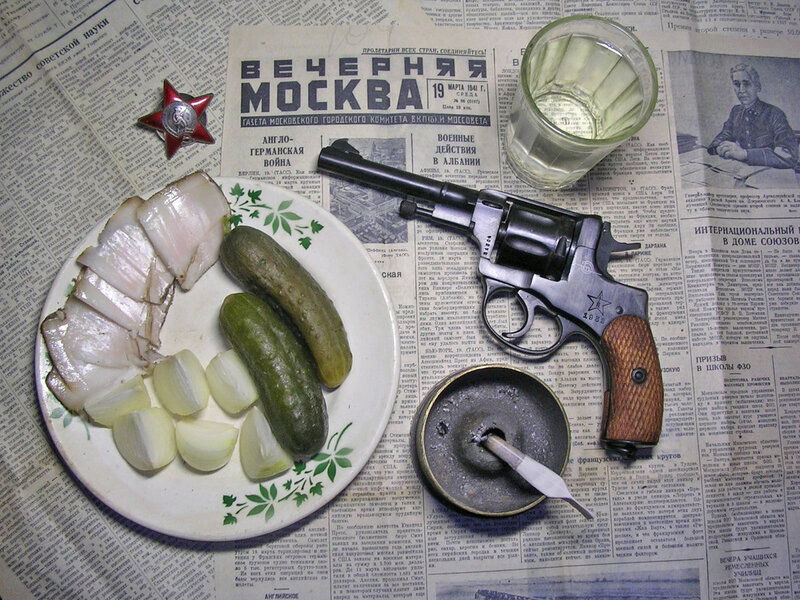 Great stuff NationalRus, thanks for posting these photos and vids.

A few years ago I bought a cheap Mosin Nagant model 1944 carbine that was in terrible condition.
I bought it because I already had several 1944 carbines and was going to use it for parts, but after giving it a good scrub down it didn't look too bad and the barrel was clean and shiny with good edges on the rifling.
This created a problem because I already had several 1944 carbines... what could I do with this cheap rifle?
I decided that the biggest problem with the 1944 carbine was muzzle flash and recoil so I decided to have a suppressor fitted. This turned out to be 8 times the cost of the rifle so it didn't stay cheap for long.
Also because the style of suppressor I got slides over the barrel I lost the front iron sights, which made the rear iron sights pretty much useless.
Fortunately with my first Mosin Nagant 1944 carbine I bought a kit to replace the rear iron sights with a scope mount that could hold a pistol scope. This meant I could still use the bolt and stipper clips to load and I had a scope so I fitted that to the rifle and the result is this: 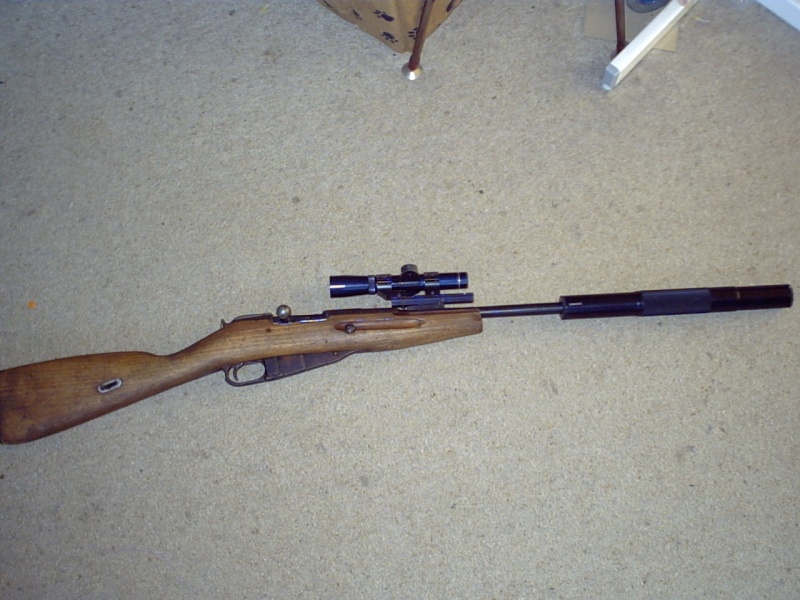 I don't really like long eye relief scopes however and also because it is a pistol scope it is low powered whereas I wanted to shoot out at longer ranges so I bought a scope kit that had a mount that fitted further back and included parts and instructions to modify the bolt so it could be operated with a scope directly above it. I also fitted some sling swivel studs and bought a bipod that attached to those studs.
Here is the rifle with a 3-9 power scope fitted and bipod, but with the silencer removed: 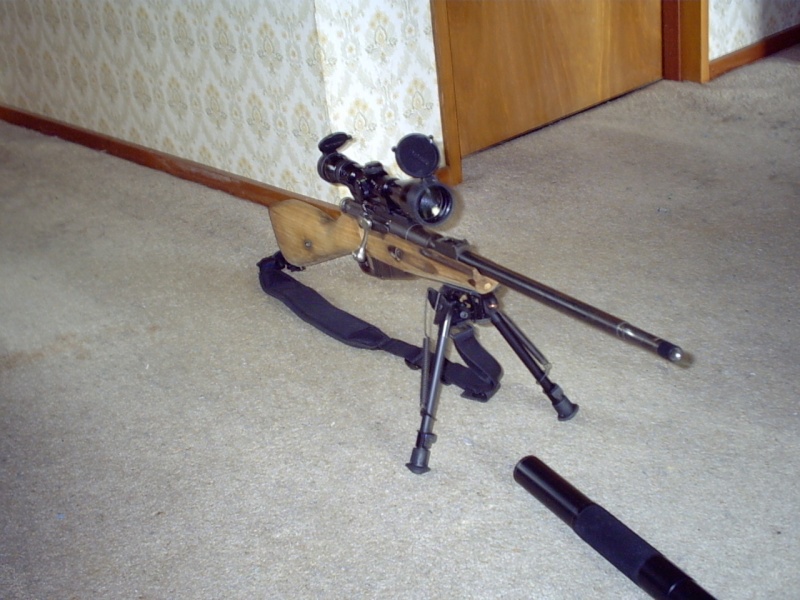 And here is the rifle with a 3-9 power scope fitted and bipod and silencer: 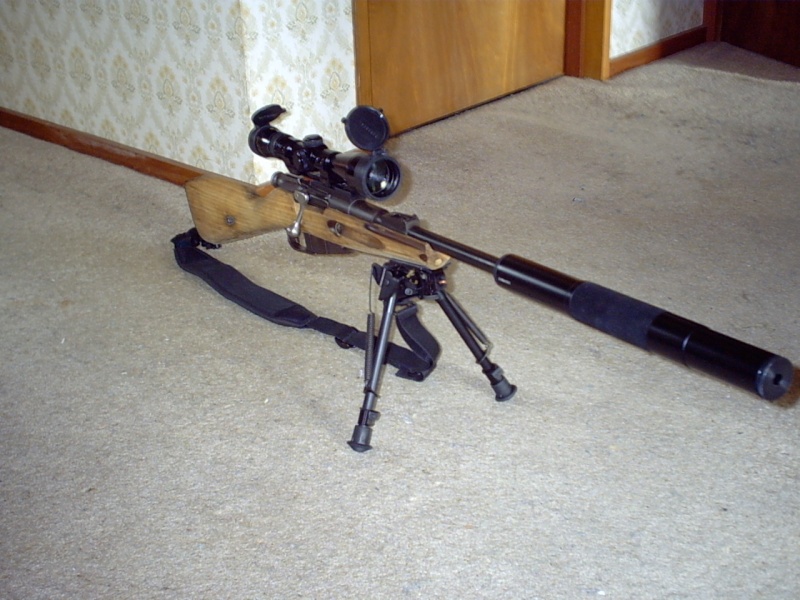 I am planning to reshape the stock and probably will paint it black because the wood has some very deep oil stains and does not clean up very well.
BTW Silencers and suppressors are not regulated in New Zealand and most land owners appreciate you using them to reduce the effect of the noise of gunfire on stock. I am working on the stock myself, but the silencer was professionally fitted by a gunsmith. (A chap named Robbie Tiffen from Christchurch who specialises in such work.)
I posted this here because they are Soviet Military weapons, but if the thread creater or mods think it needs its own thread then I have no problems with them asking me to shift it or them shifting it themselves.

awesome gun, how easy is to buy a rifle in NZ?
GarryB

You need to go through the process of getting a firearms licence, and if you just want to use rifles or shotguns it is quite straightforward as long as you have a clean record.
Takes about 2 months normally to get a licence which allows you to buy rifles or shotguns, privately or at a gunshop. For pistols the restrictions are much tighter... you can't go hunting with a pistol in NZ.
There is also a special category of firearms the police have created call MSSAs or Military Style Semi Automatics. Any semi auto with a free standing pistol grip, a muzzle flash hider, a bayonet lug, or a magazine holding more than 7 centrefire or 15 rimfire rounds is considered an MSSA and you need a permit to buy each one, and a seperate endorsement on your licence. As you can probably work out an SKS with a 7 shot mag and the bayonet lug removed becomes a sporting rifle.
Stupid law... because all firearms are dangerous and semi auto rifles in amature hands are no more dangerous than a powerful bolt action rifle in the hands of someone who knows what they are doing...

Anyway... back on topic:
Check out these weirdos... 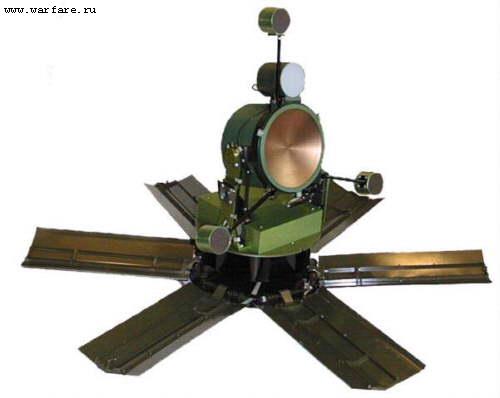 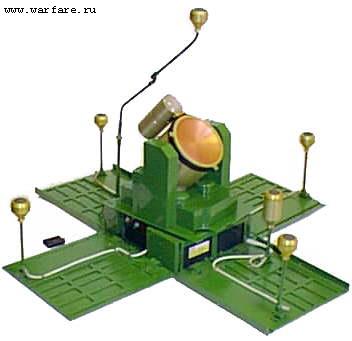 These strange contraptions are either air dropped from a cluster bomb or fired by artillery and use a large shaped charge warhead in the centre to fire a stream of plasma and a metal core at the target.
The sensors around the central warhead seek the target, that target being an enemy helicopter... this is an anti helo mine.
IR flares and Chaff and DIRCMs wonts stop this baby.
The sensors detect sounds like helos... or footsteps.
So firing some near an enemy airbase would be fun, as would sowing a few near the ridge tops near your own troops to defend against enemy helo attack.
They also have another type of anti helo mine that uses similar sensors but the payload is a shoulder fired SAM that is fired at the detected target. Leave a few of those at the end of an enemy runway... they could even be tuned to attack specific types of aircraft based on engine noise.
GarryB

I realise you titled this thread RM Photos but you also put in videos and that is how I justify posting this video:

The reason I like this video is at about 5 minutes and 7 seconds into this video it shows quite clearly a 3M80 Moskit being launched from a canard equipped Flanker... it is fitted with canards, and there is a dark strip betweeen the engines that might be the tail hook of the Su-33 (the nose of the aircraft looks too narrow to be an Su-34 and the tail stinger is certainly too small to be a late model Su-34).
That makes this likely the first released footage of a Flanker class aircraft carrying and firing the air launched 4.5 ton Sunburn AShM, and possibly the first proof that the Su-33 was tested with said missile.
IronsightSniper

Is it me or does Viktor's pictures don't show up?

Really was hoping to get a look at them new ECW pods.
GarryB

Not just you...
GarryB

Here is a problem I am thinking about... perhaps someone could help me work it out. 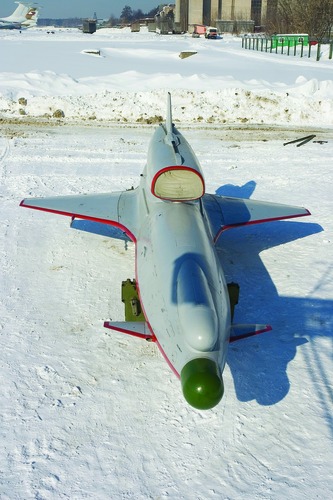 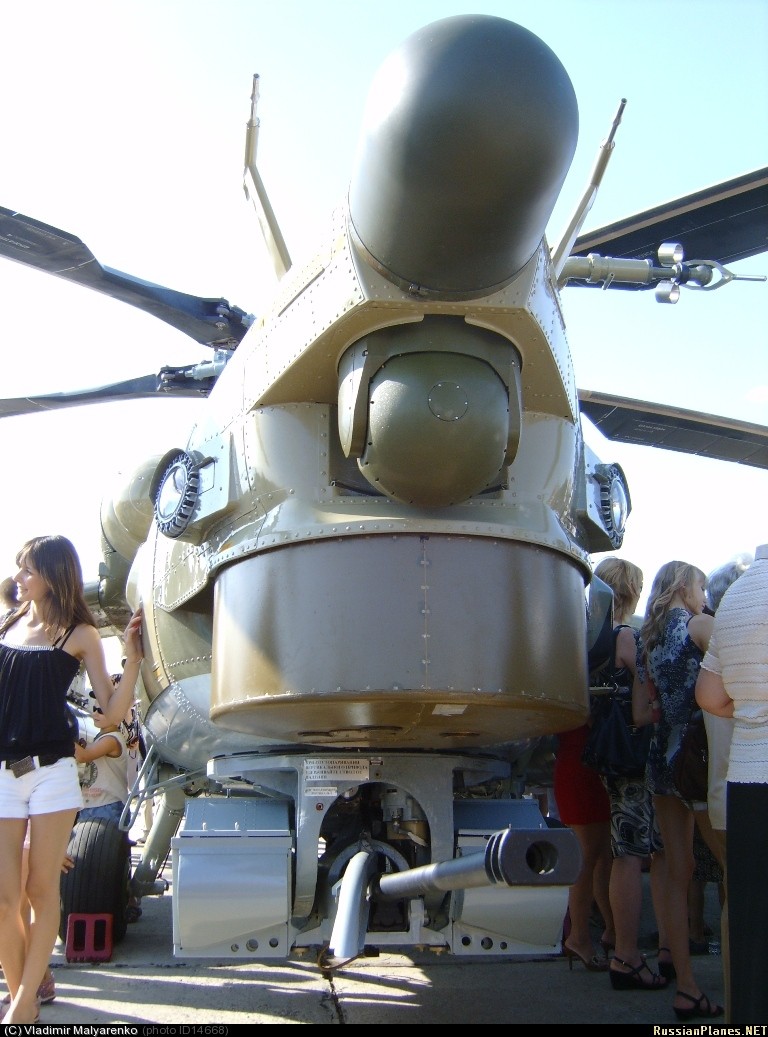 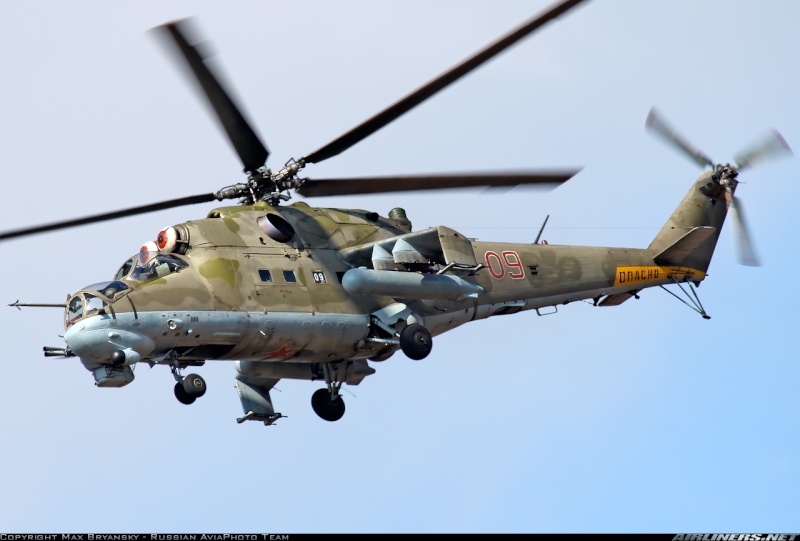 If you look on (or under in the case of the Mi-24) the nose of each of these aircraft there is a round thimble shaped black antenna housing for the radio command guidance for SHTURM and ATAKA ATGMs.
It is a 35 GHz radio transmitter that sends flight corrections to missiles in flight.

My question or problem is with the BMPT which carries ATAKAs yet does not seem to have a thimble antenna to guide these weapons. 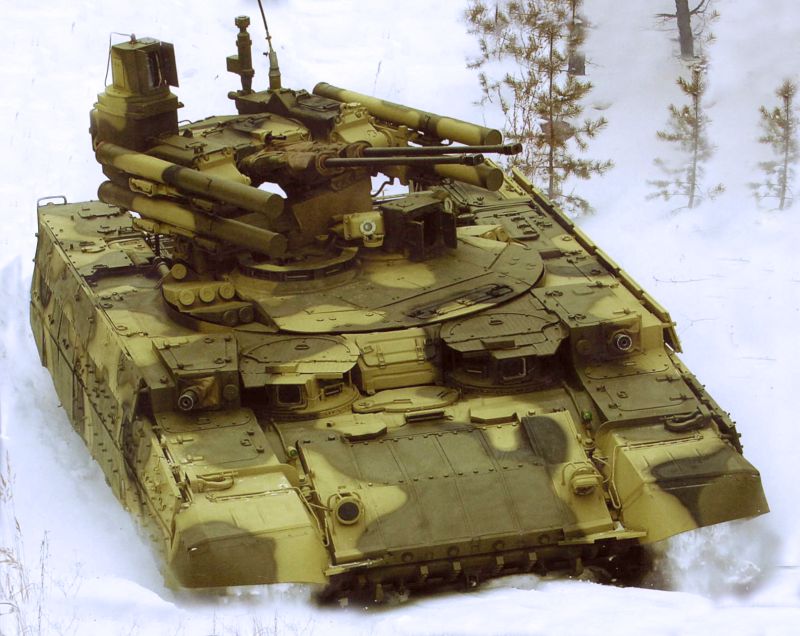 Now the new model Ka-52s are temporarily carrying what appear to be either ATAKA or perhaps HERMES... though they look to small to be HERMES to me.
So assuming they are ATAKA then the new flat shaped antenna on the port wingtip could be a new antenna for ATAKA? 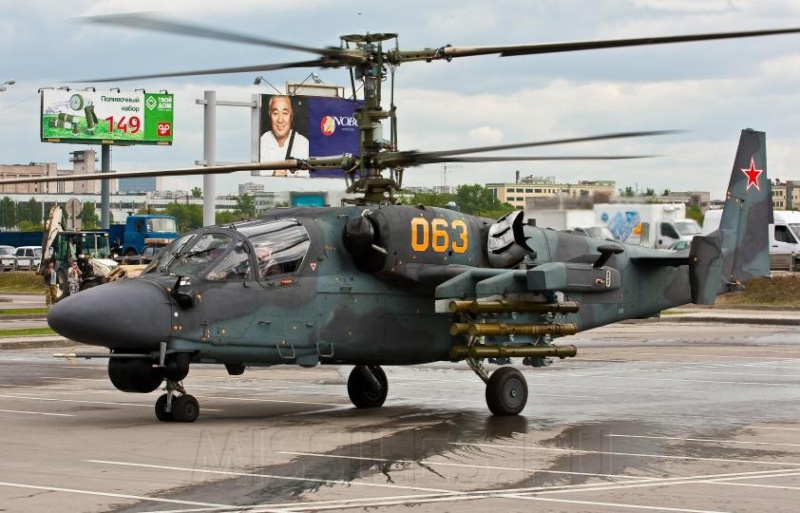 then what sort of antenna would the BMPT need to control the ATAKA?

Of course with the new HE FRAG 125mm guided missiles for the T-90 wouldn't it negate the need for ATAKA and the BMPT itself?

Perhaps a more sensible support vehicle for the MBT in Russian service might be armed with a 57mm main gun that fires 57mm calibre laser guided munitions to shoot down any UCAV swarms the US military is planning to use?
Add to the 57mm gun a 100mm rifled gun from the BMP-3 for firepower in external mounts with a large turret bustle holding as much ammo as possible.
The purpose of this vehicle would be to deal with air targets like helos and UCAVs and other aircraft for tanks, but also to deal with high angle targets the tanks can't elevate to deal with.
As a bonus the vehicle could be used as a tank in light forces.
With light forces a big heavy tank is a liability but by removing a tank from such forces there is created a gap.
This tank support vehicle would have tank like armour and the ability to deal with light armour at long range and deliver HE Frag rounds out to 7km or so with its 100mm gun.
It performs the tanks role of mobile gun platform in a lighter package with more flexible armament options.