ahmedfire wrote:Sinai now is announced to be area for war, the new unit will be resposible for clearing Sinai from militants and weapons .

why in this area particularly ?
George1

I dont agree with this, it will escalate tensions and maybe lead to civil war
ahmedfire

ahmedfire wrote:Sinai now is announced to be area for war, the new unit will be resposible for clearing Sinai from militants and weapons .

why in this area particularly ?

For many ages ,Sinai was a threat to Egypt , it has mountains that support militants to hide .
During libyan revolution and unstability in Egypt , alot of weapons came from libya to Sinai and the army has received many attacks there by militants, on the last attack ,32 Egypian soldier had been killed ,it will take some time to fix the situation there.
ahmedfire

Judges take their decision according to investigations ,papers and law , those 183 still have the right to go to the Court of Cassation.

the US executes men with the IQ of children and also poor people and nobody cares...

If Egyptian courts say these men deserve the death penalty who is anyone else to say otherwise... especially without seeing the evidence.
Werewolf

GarryB wrote:the US executes men with the IQ of children and also poor people and nobody cares...

If Egyptian courts say these men deserve the death penalty who is anyone else to say otherwise... especially without seeing the evidence.

The US is the only country that jails children and has death penalty for minors or like you said for mentally challanged but constantly speaks about human rights...

You could easily denounce US regime by telling exact this truth over and over again just like the USrael propaganda against anyone that is not ass-licking them.
George1

An Egyptian court sentenced former president Mohamed Morsi to death for orchestrating a prison break during the 2011 uprising which brought him to power.

Egypt's former President Mohamed Morsi has been sentenced to death on charges of masterminding a prison escape.

The court ruled Morsi guilty of organizing a prison escape during the 2011 uprising which toppled Hosni Mubarak. During the uprising, over 20,000 inmades escaped from Egypt's prisons. Morsi was tried alongside other defendants who also faced charges of espionage.

"We are free revolutionaries, we will continue the march," the defendants chanted in the courtroom, according to AFP.

Morsi was jailed during the 2011 uprising, but escaped two days later. He was tried alongside Muslim Brotherhood leader Khairat el-Shater, who is accused of giving state security reports to Qatar with the aim of destabilizing the country.

The case will be referred to Egypt's Grand Mufti, the country' highest religious law official, for a non-binding opinion on the verdict on June 2. Morsi can still appeal the verdict even if the Grand Mufti approves of the sentence.

This year could be a "Wow!" for buried treaure. We have the ongoing story of the nazi train hidden in Poland, and in Egypt potentially the biggest news for a very long time. British Egyptologist Nicholas Reeves, a mainstream Egyptologist not some "Pyramidiot" or some other fantasist, has speculated that the tomb of Tutankhamun was not fully investigated by Howard Carter and that two hidden doors may exist in the burial chamber. One could be store room containing mummies of family members, or a heap of treasure. The other door could lead to the as yet undiscovered tomb of Nefertiti, which if so would make the treasures found in Tutankhamun's part of the tomb look like cheap trinkets in comparison. http://english.ahram.org.eg/News/138228.aspx I don't expect any interest in this subject here, but if anybody is and wants more info, then I have much more, as the info by my avatar and my nik should suggest...
George1

The Egyptian Ministry reported that militants affiliated with ISIL shot and killed the country's Interior Ministry brigade general overnight into Sunday in the North Sinai governorate.

The shooting took place in the governorate’s capital city of Arish, according to the press service.

ISIL militants have claimed responsibility for a string of attacks on security and police officers across Egypt in recent months.

The extremist group has seized large areas in Syria and Iraq. A number of militant organizations in Egypt, Afghanistan, Libya and Nigeria among other countries have pledged their allegiance to ISIL.

Among all the attacks in Sinai it should not be forgotten that there is still a severe threat to tourists in Egypt, and tourists are $ and provide many jobs. In June this year there was a suicide attack on tourists at Luxor, right by the Karnak temple complex. Fortunately only the three terrorists were killed, but the previous week two members of the tourism and antiquities police were killed by terrorist gunmen on the road leading to the Giza pyramid complex. Then in 2013 the Mallawi Museum at Minia was stormed, a guard killed and the museum wrecked, not so much thefts, but simply destruction of "pagan" artifacts and they even burned the mummies. This was the result of Morsi being in power, and the now ex governor of Luxor Province under Morsi had links to the terrorists who committed the 1997 massacre at Hatshepsut's mortuary temple. These terrorist groups in Egypt are enemies of the Egyptian people and of civilisation. It should be hoped that now it seems Egypt is again upgrading it's relations with Russia that more will be done to speed up cutting off the heads of this nihilistic terrorist hydra. With what happens now at Luxor concerning the potential huge discovery, then if it all turns out well the world's press will descend on Luxor and soon followed by an army of tourists. All a very tempting target for a terrorist "spectacular".
George1

Egyptian lawmakers have gathered Sunday in Cairo to hold the first parliamentary session since the parliament was dissolved in 2012 after finishing the formation last month.

All 596 members of the Egyptian parliament are set to be sworn in during the session, as well as to appoint a parliamentary speaker and his deputies.

The Egyptian parliament was elected in two phases. The first phase took place on October 18-19, while the second one was held on November 22-23.

Egyptian President Abdel Fattah Sisi announced on Saturday the transfer of the legislative power to the newly-elected parliament.

CAIRO (Sputnik) – Then-interim President Adly Mansour and Sisi held legislative power in the 2-year absence of a parliament in Egypt. The House of Representatives was elected in late 2015, after the dissolution of the previous legislature in 2012.

"I announce before you, the elected representatives of the people, that the legislative power transfers to the parliament, elected during the free elections," Sisi said addressing the parliament.

The new legislature now has two weeks to review all laws adopted during the period when the legislative power belonged to the country's president. 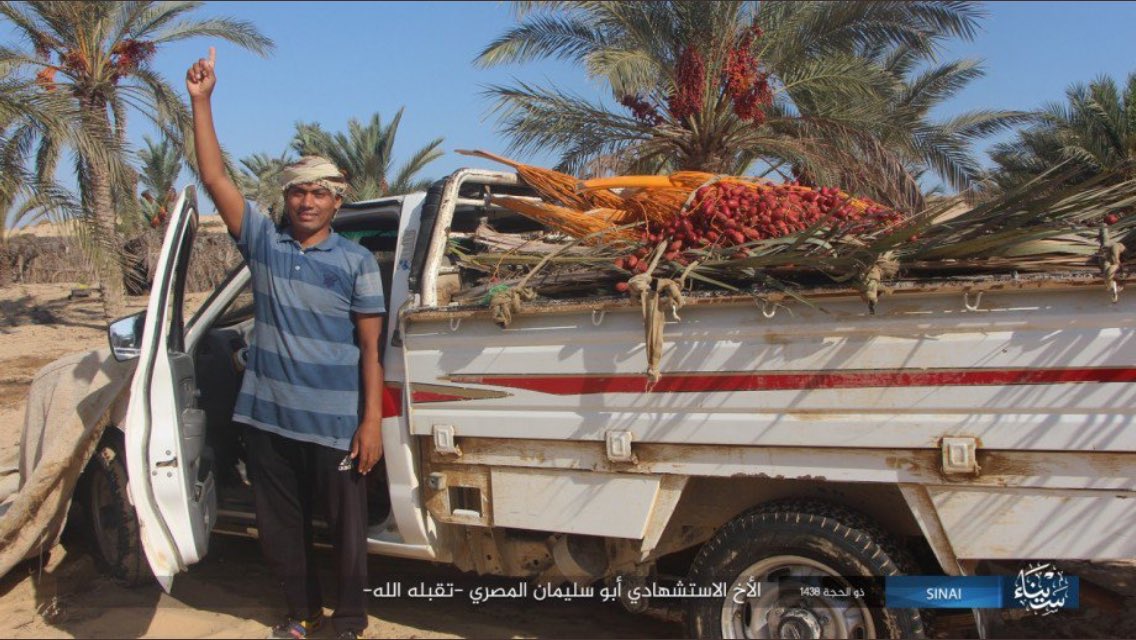 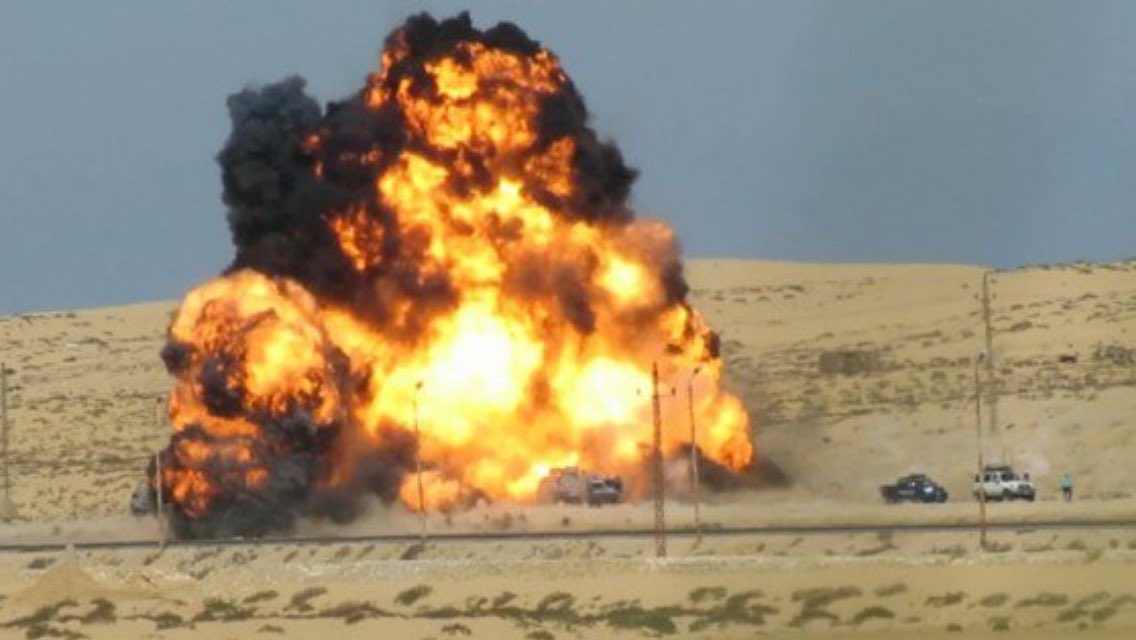 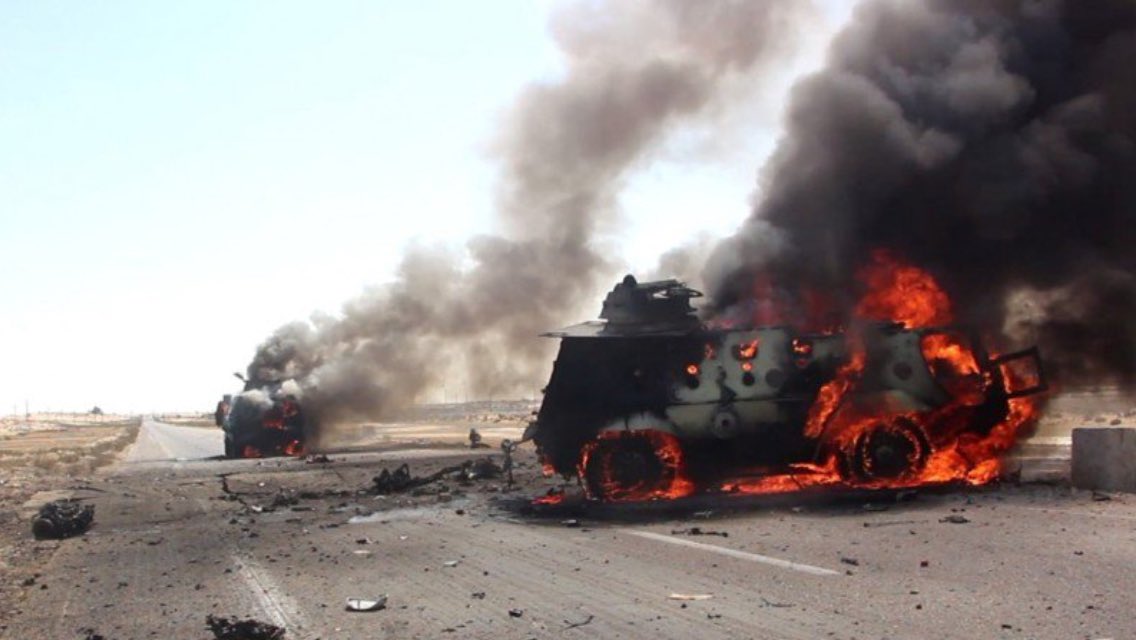 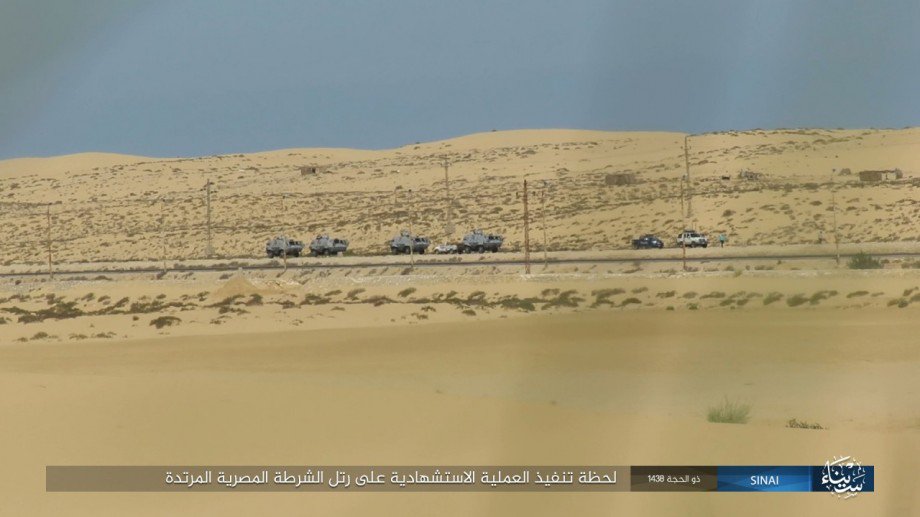 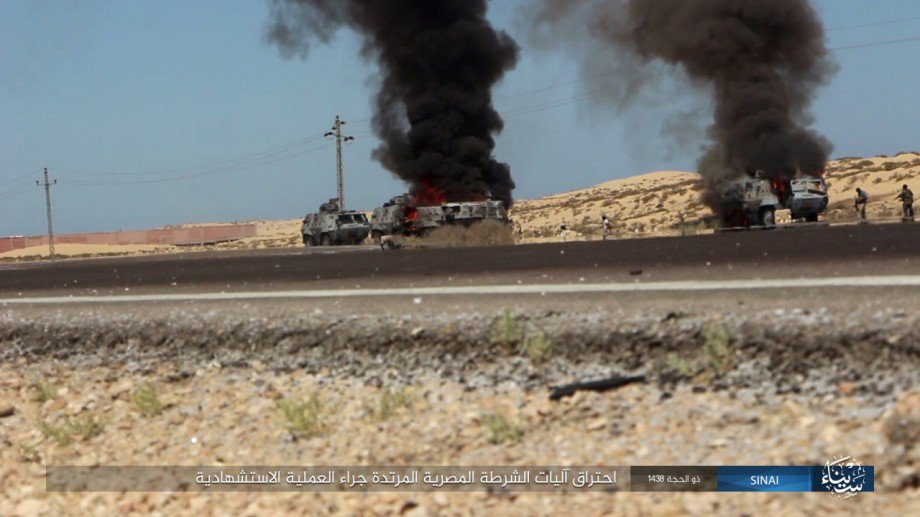 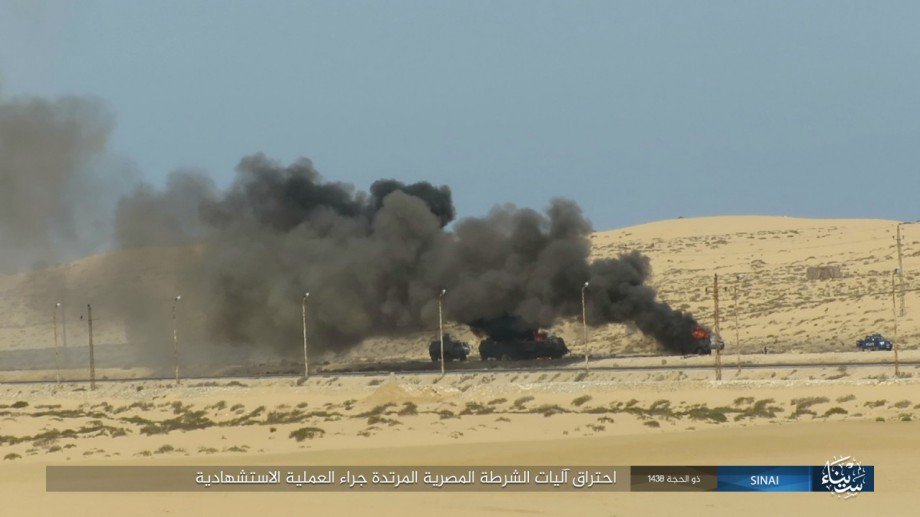 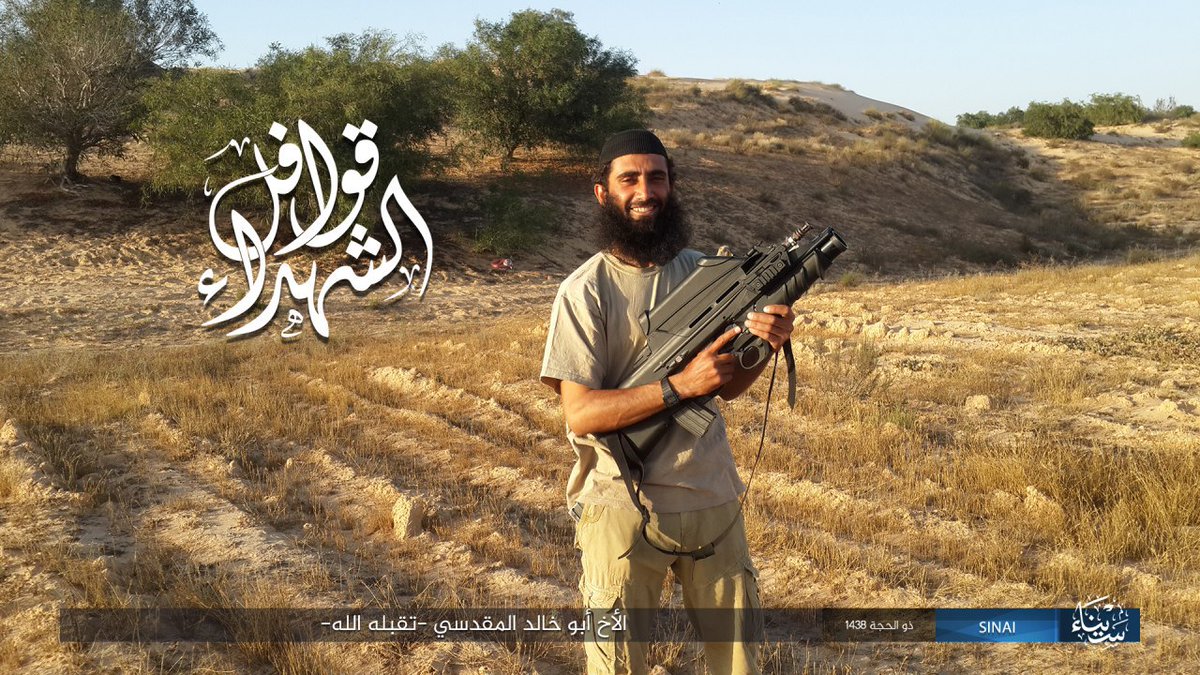 What a complete mess 54 police killed in shoot out with 8 terrorists.

According to the French bulletin of the TTU in the publication "Offensive égyptienne en Libye?", A week after it became known that the Israeli army was bombing the position of the "Islamic State" in Egypt, Cairo launched a powerful counter-attack against the jihadist cells on its territory. The operation was named Sinai 2018. This large-scale operation affected not only the northern part of the country, but also the delta of the Nile, as well as the border with Libya.