Can they not fit more atgm's to the turret? 4 dont seem enough.

But a cool idea! I wonder, has anyone tried to set up an Strela system to a BTR?
Viktor

to an outdated equipment.
sepheronx

to an outdated equipment.

It is manual load though, yes? Having more ready could benefit. But yes, it gives a new life to otherwise an outdated system. Maybe Russia should look into this for their btr-80's.
Zivo

It looks like a more economic version of KBP's Kvartet-M turret.

Probably inspired by it
mack8

There are rumours on the algerian fora about a possible order for Su-35. Quite a surprise if it will be confirmed.
Black-Swan

mack8 wrote:There are rumours on the algerian fora about a possible order for Su-35. Quite a surprise if it will be confirmed.

Hi Mack8, I think is that a simply rumors, wrong interpretation but i am not in the secret of gods.
Austin

Algeria is interested in buying Ka-52 helicopters
Algeria is considering the purchase of attack helicopters Ka-52, in the summer of 2015 will take place the presentation of the equipment of the Algerian military. The information contained in the materials report JSC "Kamov" for 2014.
"The contractor undertakes to provide services for the preparation and organization of the show combat helicopter Ka-52 for a potential buyer in the Republic of Algeria (July-August 2015)", — stated in the Annex to the annual report, which lists transactions "Kamov" for 2014, in which there is interest.
The agreement on the organization of the presentation of the equipment lies with the parent Corporation "Russian Helicopters" December 8, 2014, the amount of expenses for activities — more than 90 million rubles.
The Ka-52 was not previously exported abroad, they are only in service with the Russian air force. The existence of the first export contract for the Ka-52 for the customer confirmed in 2013, the head of "Helicopters of Russia" Alexander Mikheyev, and in 2015-m is the representative of "Rosoboronexport" Sergei Kornev. The particular recipient of the helicopters were not disclosed. In 2013-2015 has been repeatedly reported that this will be Iraq, but no official confirmation was forthcoming, but the fact of the shipment of the machinery of the press and the experts was not detected.
Attack helicopter Ka-52 "alligator" was put into production in 2008. The car was a development of the attack helicopter Ka-50 "Black shark", the main difference is the two-person crew and a whole new set of avionics. At the moment Arseniev aviation company "Progress" sells two contracts with the Ministry of defence: one for the construction of 146 Ka-52 helicopters for the air force (about half has already been transferred to the troops), the other for the supply of 32 cars the Ka-52K helicopters to naval aviation.

The Algerian military blog ‘Secret Difa3’ published the first photos of the new air defense system of the Algerian armed forces, identified as the Russian S-400.

The exact type of the system was identified by the truck used to propel the missile. The chassis was manufactured by Bryansk Automobile Plant (exporter of the S-300PMU-2). The blogger reported that the contract for the supply of S-400 in Algeria was signed a year ago. The proof of this delivery is a photograph of a BAZ-64022 truck with shelter tarpaulin launcher.

It is alleged that the photo was taken in the spring of 2015 during the test of the delivered weapons. The volume of deliveries, according to the author, was for 3-4 Regiments (6-8 divisions of 8 launchers each).

The S-400 ‘Triumph’ is a multi-channel anti-aircraft missile system equipped with several types of missiles of various ranges. The system is capable of hitting all available means of aircraft, including airplanes, helicopters, drones, cruise missiles and tactical ballistic missiles with a maximum speed of 4,800 meters per second.

As the Russian military blog ‘bmpd’ wrote, in 2003 Algeria was armed with three regiments equipped with the S-300PMU-2 anti-aircraft missile system. These systems are protecting almost the entire north of Algeria, Morocco and the coastal border.

The delivery of the S-400 air defense will not only strengthen the Algerian military but will also give additional capabilities to detect targets at long distance. If the delivery is confirmed, Algeria will become the first foreign buyer of the C-400.

Yes it's a new chassis; the BAZ as opposed to the previous MZKT one - but that doesn't neccessarily mean the system is the S-400.
Mike E

flamming_python wrote:Yes it's a new chassis; the BAZ as opposed to the previous MZKT one - but that doesn't neccessarily mean the system is the S-400.

That's the general consensus as of right now... It is a PMU-2 mounted on the new BAZ chassis.
Black-Swan

Yes it's a new chassis; the BAZ as opposed to the previous MZKT one - but that doesn't neccessarily mean the system is the S-400.

Absolutely , a very personal interpretation of the photos. I do not believe it.
Black-Swan 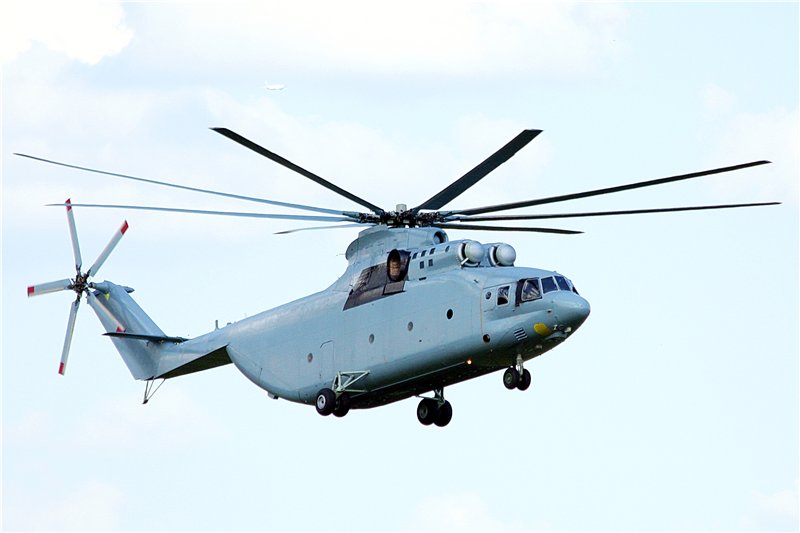 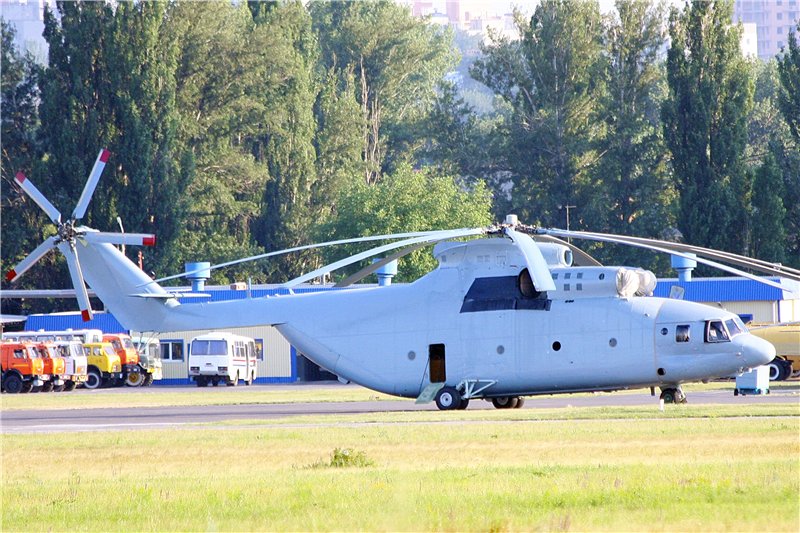 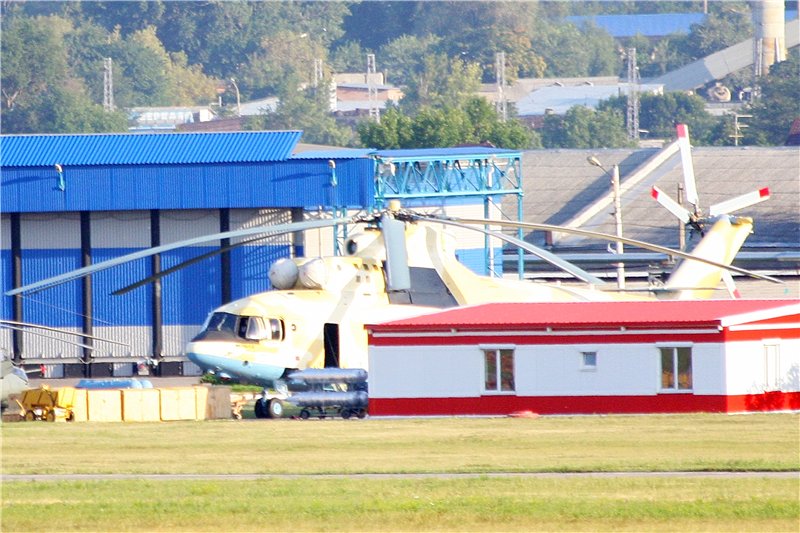 According to the general director of the company-manufacturer "Aviastar-SP" Sergey Dementiev, the latest Russian military transport aircraft Il-76MD-90A has great export prospects. 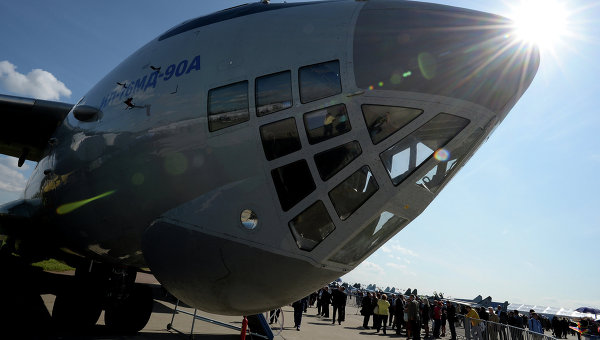 Ulyanovsk, August 14 - RIA Novosti. The latest military transport aircraft Il-76MD-90A (also known as IL-476) for the first time can be exported in 2017, among the possible customers - Iran, Algeria, South Africa and Kazakhstan, he told reporters on Friday the general director of the company-manufacturer "Aviastar -SP "(Ulyanovsk) Sergey Dementiev.

RIA Novosti. Ramil Sitdikov | Buy graphic
Russia received from abroad an application for 25-30 Il-76MD-90A
Earlier the head of the department of export of special equipment and services MRS "Rosoboronexport" Sergei Kornev said to journalists that Russia has received from foreign customers approximately 25-30 applications for the Il-76MD-90A.

"I think in the future Il-76MD-90A large export prospects, a large amount of a possible release for export. There are already potential customers - is Algeria, Kazakhstan, Iran and South Africa. We will work, and I hope that the first machine will be delivered export in 2017, "- said Dementiev.

At present the company in varying degrees of readiness and equipment are more than 10 Il-76MD-90A. Also at the "Aviastar" being assembled units of the first aircraft IL-78M-90A under a contract with the Russian Defense Ministry to carry out development work on advanced tanker aircraft.

Il-76MD-90A is a deeply modernized version of the well-reputed IL-76. The new flight-navigation system, automatic control system, communication system and "glass" cockpit meet all current requirements for aircraft and avionics significantly increase safety, precision piloting and landing. Replacement staff of D-30KP2 a much more modern PS-90A-76, installation of a modified wing and reinforced chassis greatly enhance the operational capabilities of the aircraft.

Algeria has purchased a total of 14 Mi-26T2
Black-Swan

Rostvertol Confirms Export Sale of Mi-26T2 Heavy Helicopter
Rostvertol, part of the Russian Helicopters holding company, confirmed that Mil Mi-26T2 super-heavy helicopters have been sold to Algeria. Two have already been delivered, and four more will follow by early next year. The initial contract for six was agreed in June 2013,and has been followed by a second, for eight more. Both contracts provide for the training of Algerian pilots and maintainers.

The Algerian order enables Rostvertol to make the Mi-26T2 a new production standard. It features a state-of-the-art BREO-26 cockpit package from Russian avionics group KRET allowing for night operations, with a glass cockpit of five LCDs, digital data processing, satellite-aided navigation, secure datalink and built-in health-monitoring system. The number of aircrew is reduced from four to two (from five to three when using the rotorcraft’s sling).

In addition to Mi-26T2s, the Algerian air force is, reportedly, to receive 42 Mi-28N attack helicopters. Together with refit and modernization of 39 in-service Mi-8AMTSh by their manufacturer Ulan-Ude Aviation Plant (UUAZ), the customer is paying a total of $2.7 billion. Algeria is also reported to be the first export customer for the S-400 long-range air defense system produced by Almaz-Antei. Confirmation is yet to come, but in 2003 Algeria was one of the first countries to receive the predecessor S-300PMU-2 surface-to-air missile system. The Russian air force has so far equipped 19 of a planned 56 air defense units with the S-400, each with eight launchers. 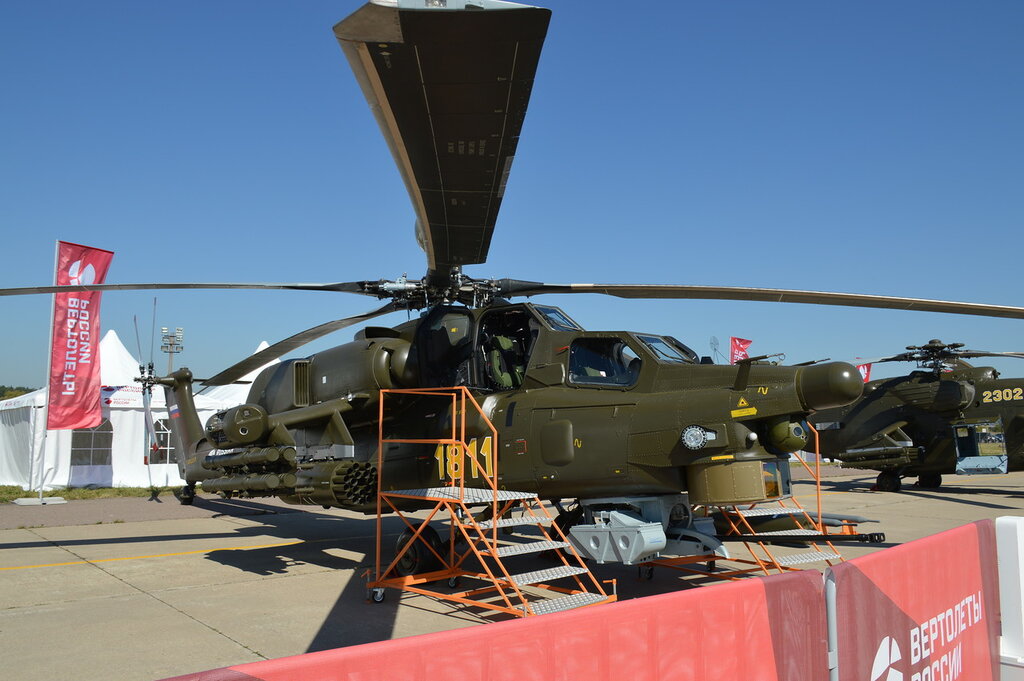