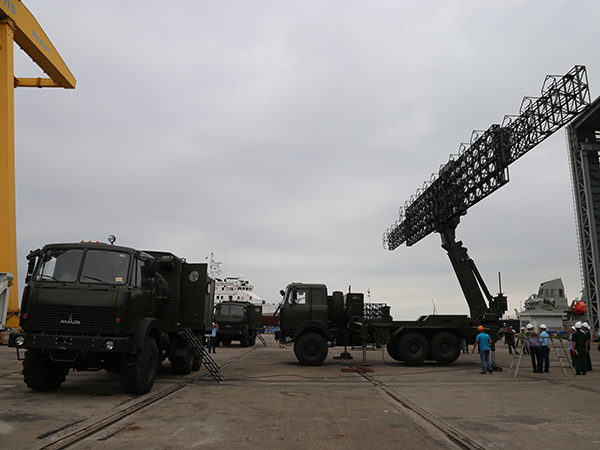 The network has high-quality photos of the RV-02 radar, which is an improved version of the Vostok-E radar, developed jointly with the Republic of Belarus.

In 2013, the Vietnam Air Force, in the framework of the replacement of obsolete P-18 radar from the Soviet era, considered the possibility of purchasing a mobile solid-state digital two-coordinate radar RV-01 / Vostok-E, developed by the Belarusian JSC Design Bureau Radar "). Whether a contract was signed for the supply of stations is not known reliably [Vietnam has been supplied with at least one radar. - bmpd], but already in 2014, Vietnamese media reported that the Institute of Military Sciences and Technology of Vietnam's Armed Forces developed the radar RV-02, which is an upgraded version of the Vostok-E radar developed jointly with the Republic of Belarus. Externally, this station is no different from the Belarusian prototype.

As the Vietnamese Internet portal Soha.vn informs, the first 3 complexes of the RV-02 radar were put into trial operation in the Vietnam Air Force. These radars can effectively detect modern unobtrusive fighters, including the J-20 being developed in China. The station is characterized by increased noise immunity, secrecy, reliability and mobility. 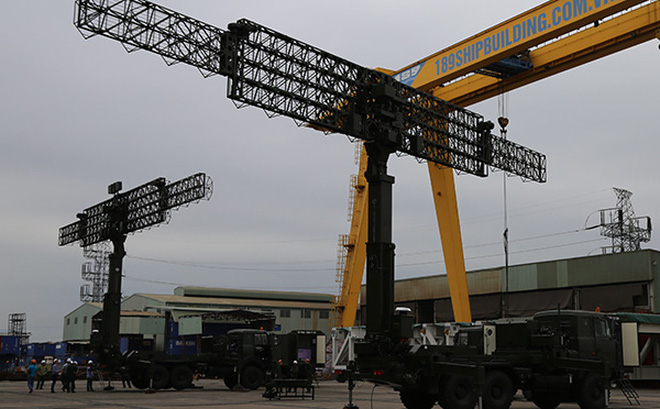 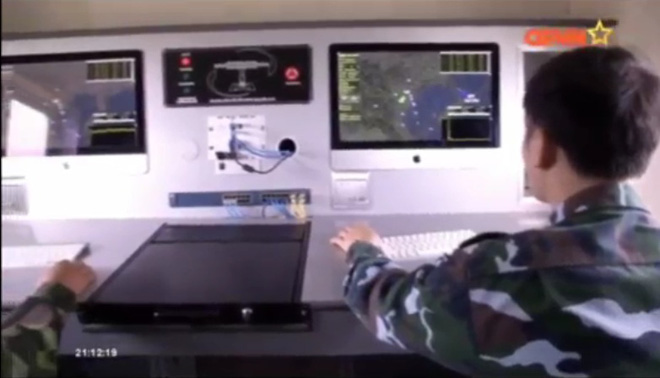 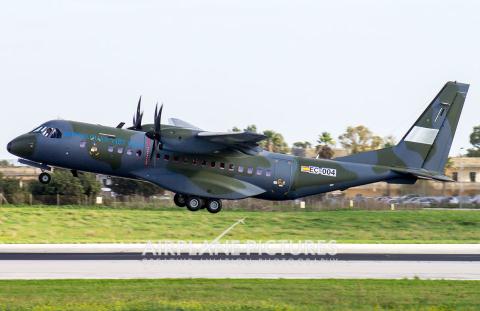 With Vietnam replacing it's mig-21 etc with
su-30 I would imagine that they will start to look at su-22 replacement any news on this? Will they just buy more su-30 or maybe su-34? It something else?
George1

d_taddei2 wrote:With Vietnam replacing it's mig-21 etc with
su-30 I would imagine that they will start to look at su-22 replacement any news on this? Will they just buy more su-30 or maybe su-34? It something else?

The Vietnamese pilot was Tạ Đông Trung. His attack aircraft was shot down by Pol Pot forces on 1st October 1977.

His co-pilot, Nguyễn Thế Hùng, died when the plane was shot. Tạ Đông Trung managed to survived and landed near Vietnam-Cambodia border. But the Pol Pot forces quickly surrounded him.

One Vietnamese platoon an and helicopter rushed to battlefield to rescue the pilot. But they was outnumbered and could not rescue him.

The PAVN avenged their fallen comrades by a fierce bombardment on 2nd October 1977 and managed to neutralize the Pol Pot forces there.

In the end, Vietnam liberated Cambodia and ousted Pol Pot.

According to the Vietnamese web resource BaoDaoViet, on May 22, 2018, two light base patrol aircraft NC212i MSA arrived in Vietnam's Ziaalam air base near Hanoi, built for the Air Force of the Vietnamese People's Army by the Indonesian state-owned aircraft association PT Dirgantara Indonesia (PTDI) at the company in Bandung. The planes have Vietnamese military numbers "8991" and "8992" and will be part of the 918th aviation brigade based on Zialam. 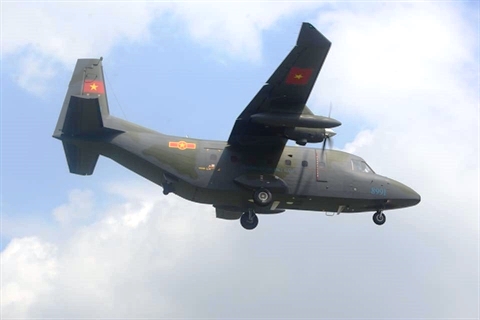 Vietnam has signed a contract with PTDI to supply three NC212i MSA aircraft in early 2016. Earlier it was reported that it should be aircraft for the Vietnamese Coast Guard (already using three Airbus C-212-400MRA patrol aircraft of the original Spanish built in 2012, also based on Zyalam - one more aircraft was lost in June 2016), but the NC212i MSA bear the color of the Vietnam Air Force. The third ordered NC212i should arrive in Vietnam later this year.

NC212i is a localized PTDI version of the world's most popular Spanish light CASA C-212 Aviocar transport aircraft in its latest modification, the C-212-400. Previously, an Indonesian company has been operating in Bandung since 1976 under the CASA license for C-212-100 and C-212-200 aircraft under the designation NC-212 (136 planes were built in total). Under the agreement of 2012, the European association EADS / Airbus (which included the Spanish CASA) transferred to PTDI all the rights for the further production of C-212 (C-212-400) aircraft, which were finally discontinued in Spain by the end of 2013. The modified C-212-400 was set up by the release in Bandung as part of a joint production under the designation NC212i from 2014.

The first NC212i was built in Thailand for Thailand in 2014, then PTDI received contracts for the delivery of five NC212i aircraft in the base patrol version of MSA (Maritime Surveillance Aircraft) - two for the Philippines Air Force and the three above for the Vietnam Air Force. PTDI was faced with difficulties in manufacturing and integrating the equipment of these aircraft and disrupted the contractual deadlines, so all five NC212i MSA were started to be delivered to both customers only this year.

As a further development of the NC212i based on its PTDI, the N219 was developed, featuring an enlarged and more capacious fuselage, the first prototype of which made its first flight on August 16, 2017.

Great picture of a Vietnamese SU-30MK2 with 2 KH-29TE anti ship missiles under its wings - 320 Kg warhead. 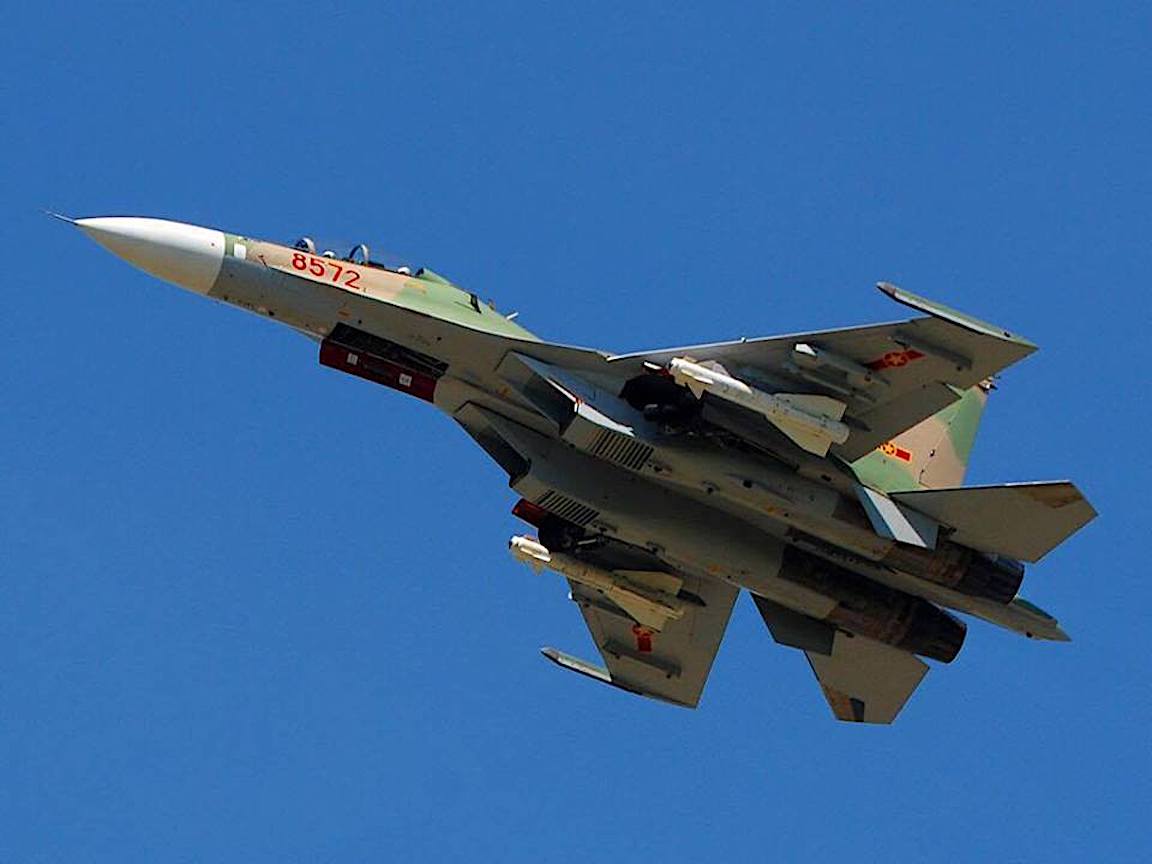 "Flanker Ball: 2017" contains mesmerizing cockpit views taken by Su-30MK2 pilots of Vietnam People Air Force. It's made by Comrade Commisar (ComCom), one of the leading defense pages of Vietnam.

Complex simulators Su-30MK2 and Su-22M4 made in Vietnam