That's a lie...thanks to the import substitution program, Russia has significantly increased the list of manufactured products. Let's take only Rostec and its member companies:

It is not something I believe.... I know better, but it is the mentality of ex president Obama who actually said it, and his sycophants in both political parties in the US.

I was being sarcastic.

Even the Mighty EU with all the white colonial powers of Europe that have robbed and raped the planet for the last 3-4 centuries can't manage an Su-57 equivalent.


Antonov has been severely underfunded and the loss of the Russian market must not have been easy.


Additionally I doubt the cancelling of cooperation with suppliers in Russia did not affect the Ukrainian military industry as well and unlike Russia their industry hardly has the resources and capital to come up with replacement parts. Add to that stopping cooperation with China and what do they have left?

That is essentially what I was saying... anyone can come up with a design concept and build a cardboard cutout, but actually making a first working model means actual product development so the first problem is going to be all the money you will need to make it and the second problem is when a problem in design comes up there is no money to solve the problem so everything stops.


The US and its HATO allies will just use Ukraine as a dumping ground for any equipment they don't need anymore and kill whatever resources the Ukrainian weapons industry still has. Now Turkey is getting into their weapons industry, but Turkey wants do develop their own military industry, plus they themselves are heavily sanctioned due to their support of Azerbaijan on the war against Armenia. So how much will they help really?

They wont help. The US and EU will dump their crap, which will kill any local production or innovation, and Turkey is there to find useful technologies it can use for its own products to fill the chasm left by the withdrawal of western and US companies from its joint ventures...[/quote]
[/quote]

Ukrainian advanced Sokol-300 UAV at the exhibition in Kiev. 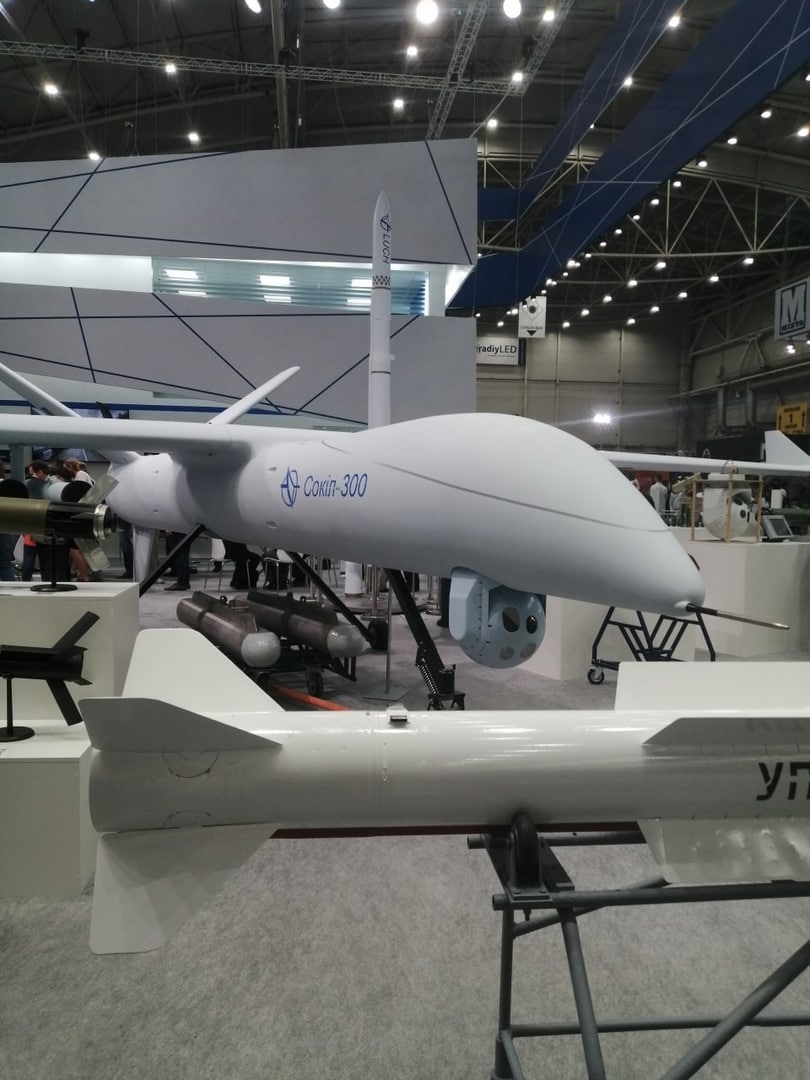 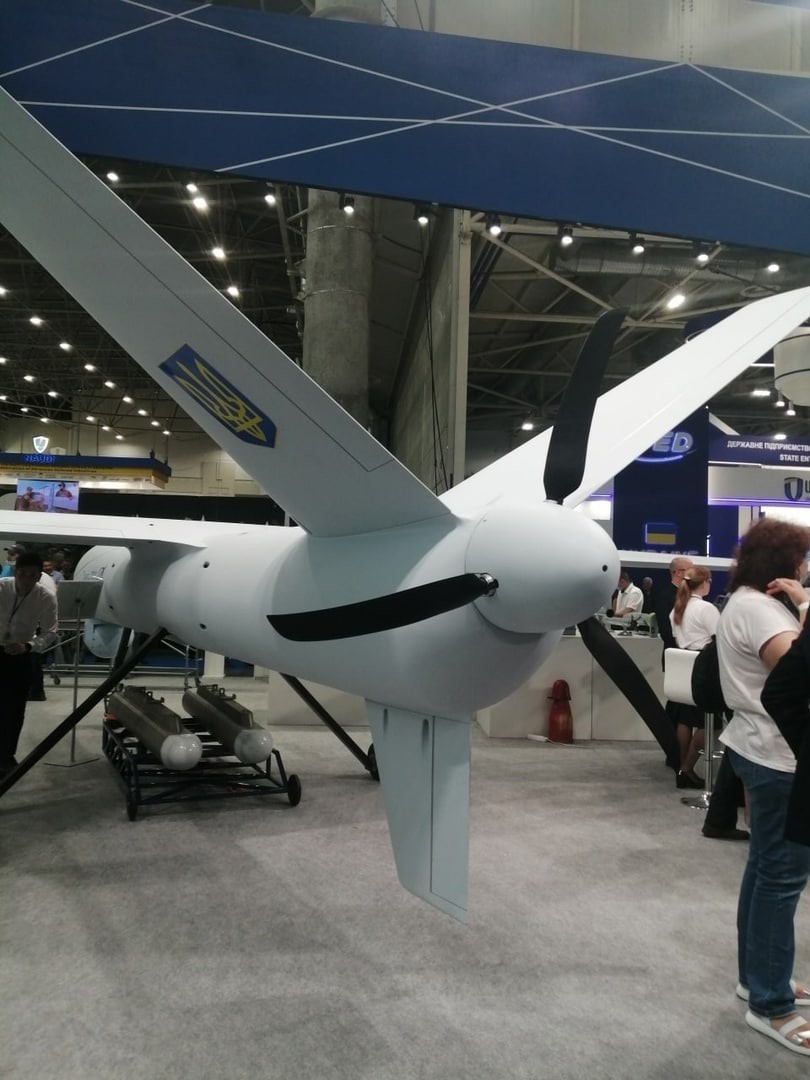 This thing just rolls around the exhibitions. It doesn't even fly, but they tried to sell it to the Kazakhs


The Kharkiv aircraft plant acknowledged that it was no longer able to make planes. The current general director Alexander Krivokon told about the actual termination of the work of the famous Soviet enterprise, which assembled the Antonov design bureau's planes, on the air of the Simon TV channel.

This thing just rolls around the exhibitions. It doesn't even fly, but they tried to sell it to the Kazakhs

Another propaganda prop. That is all that Banderastan is good for.


The Kharkiv aircraft plant acknowledged that it was no longer able to make planes. The current general director Alexander Krivokon told about the actual termination of the work of the famous Soviet enterprise, which assembled the Antonov design bureau's planes, on the air of the Simon TV channel.

Took them long enough to admit it. Their last plane was in 2015, shortly after they cut off their own nose, tore up all contracts with Russia that they were dependent on for parts as well as orders

Although truth is they've been struggling since years before that too.

The type of engines purchased by TAI for the ATAK-II is not named, but it is obvious that we are talking about one of the latest modifications of the TV3-117VMA-SBM1V engine produced by Motor Sich. All 14 engines are expected to be delivered by 2025, with the first two delivered by September 2022. The first flight of the first prototype of the ATAK-II helicopter is scheduled for 2023. Apparently, the delivery of the ordered 14 engines should cover the construction of all ATAK-II prototypes (six or seven). 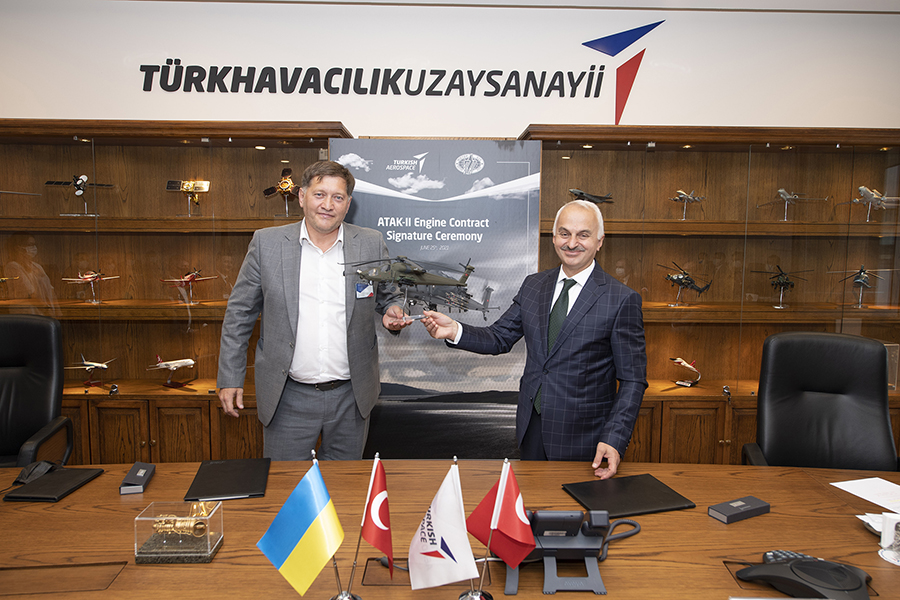 Aviakon handed over a modernized Mi-8MT helicopter to the Armed Forces of Ukraine.

When updating the air vehicle, the protection of the helicopter and crew members from missiles with infrared homing heads and small arms was strengthened, radio navigation equipment was also improved and the ability to perform amphibious and search and rescue operations was improved.

As part of the modernization, two sets of satellite navigation systems, a radar responder, an emergency radio beacon and a solid-state emergency operational flight information recorder with the ability to record conversations of crew members were installed. This allows you to perform flights on international air lines in accordance with the requirements of ICAO.

In addition, it is planned to quickly complete the machine with the latest weather radar, thanks to which it is possible to use the equipment in difficult meteorological conditions. 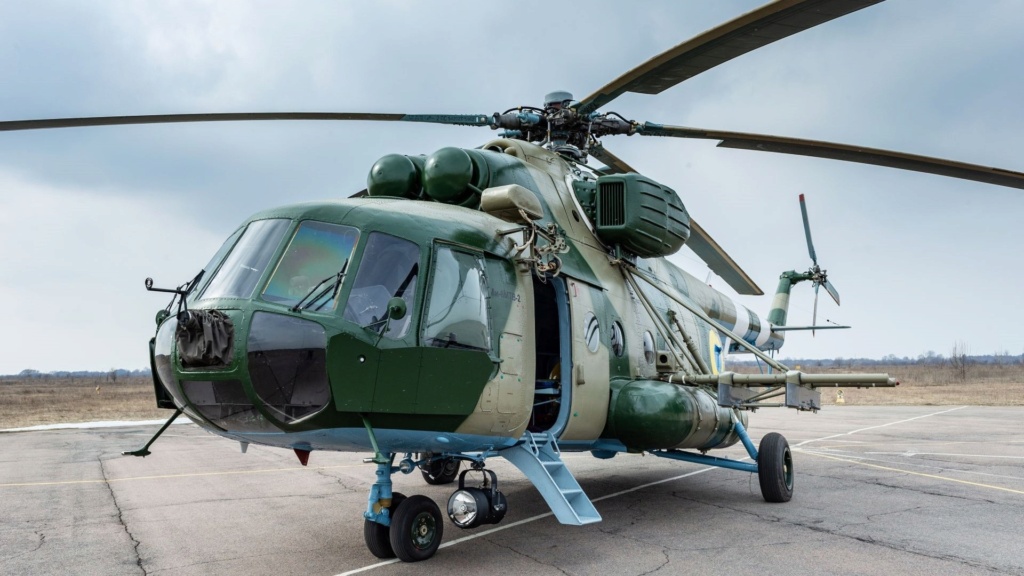