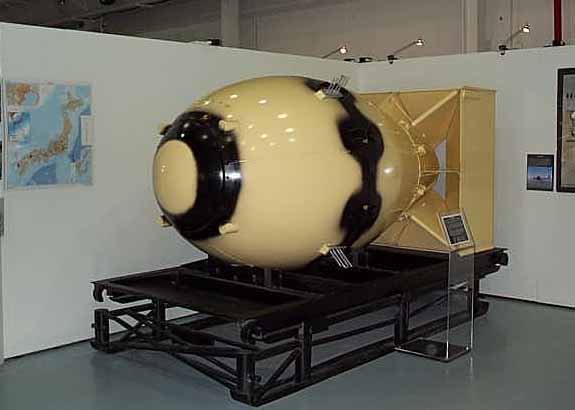 With an eye on the nuclear arms race led by its neighbor Iran, Saudi Arabia has arranged to have available for its use two Pakistani nuclear bombs or guided missile warheads, debkafile's military and intelligence sources reveal. They are most probably held in Pakistan's nuclear air base at Kamra in the northern district of Attock. Pakistan has already sent the desert kingdom its latest version of the Ghauri-II missile after extending its range to 2,300 kilometers. Those missiles are tucked away in silos built in the underground city of Al-Sulaiyil, south of the capital Riyadh.
At least two giant Saudi transport planes sporting civilian colors and no insignia are parked permanently at Pakistan's Kamra base with air crews on standby. They will fly the nuclear weapons home upon receipt of a double coded signal from King Abdullah and the Director of General Intelligence Prince Muqrin bin Abdel Aziz. A single signal would not be enough.
Our military sources have found only sketchy information about the procedures for transferring the weapons from Pakistani storage to the air transports. It is not clear whether Riyadh must inform Pakistan's army chiefs that it is ready to take possession of its nuclear property, or whether a series of preset codes will provide access to the air base's nuclear stores. The only detail known to our Gulf sources is that the Saudi bombs are lodged in separate heavily-guarded stores apart from the rest of Pakistan's nuclear arsenal.
This secret was partially blown by Riyadh itself. In recent weeks, Saudi officials close to their intelligence establishment have been going around security forums in the West and dropping word that the kingdom no longer needs to build its own nuclear arsenal because it has acquired a source of readymade arms to be available on demand. This broad hint was clearly put about under guidelines from the highest levels of the monarchy.
Partial nuclear transparency was approved by Riyadh as part of a campaign to impress on the outside world that Saudi Arabia was in control of its affairs: The succession struggle had been brought under control; the Saudi regime had set its feet on a clearly defined political and military path; and the hawks of the royal house had gained the hand and were now setting the pace.

^^ If this news is true, Iran has Israel, Saudi Arabia, Pakistan - three nuclear weapon states to deal with along with NATO/US. Perfectly legitimates their nuclear weapons program, if they don't have one already. Now its even more important for US to protect S. Arabian royals, so that they dont go rogue or get toppled in future. Wonder what will be the Israel's position on this. What about Egypt and Turkey. Two major countries left in the region without the weapon.
nightcrawler

Forget it!!
Look at the news source~~it seems enough dubious to me; that I need not debunk it.

Yeah Nightcrawler........Debka is a propaganda arm of the Israeli bullshit ministry.

Meant for the local consumption of dumb shit-billies and stupid A-raabs.

Of course then Saudi Arabia would be the bad guy and Iran would have every justification for starting a nuclear weapon programme.

The Israelis might even give them a dirty low yield enormous nuke that is too big to fly to Israel but small enough to fit a rocket to reach Mecca.
SOC

Who put those there?

A better, blown up image:

For people which such deep pockets, why have the Saudis not bought a replacement for these ancient missiles?
SOC

One of the things I go into in the full article is that they are considering and apparently actually negotiating with China for something new. The DF-21 is an option, and the PRC, not being an MTCR signatory, can sell whatever it pleases.

There's actually way more to it than just one new missile site (I detail three in total; everyone is latching onto one phrase out of about 4500 words), but if you mention missiles, Iran, and Israel in the same sentence, well...
Austin