Even at sight you know it's a Kh-35 missile. So a local produced Kh-35 cruise missiles. Funny cause I don't see Ukraine as an operator of Kh-35 but there is local production of Kh-35 in North Korea and Vietnam, which leads me to believe they may have got one from NK.
JohninMK

Don't know how old this is but as a Ukrops technical it is worth a Friday smile. Can you imagine the stream of mud directed into the cockpit everytime it went round a bend?

According to the website "Ukrainian Minority Portal", at the beginning of March 2018 the Kharkov state enterprise "Malyshev Plant" and the Kharkov Morozov Machine Building Design Bureau (KMDB) transferred after the capital repairs to the Ukrainian armed forces the remaining members of the Ukraine T-84 tanks, which were reportedly transferred to the 14th separate mechanized brigade of the Ukrainian army (dislocation in Volodymyr-Volyn Volyn region). 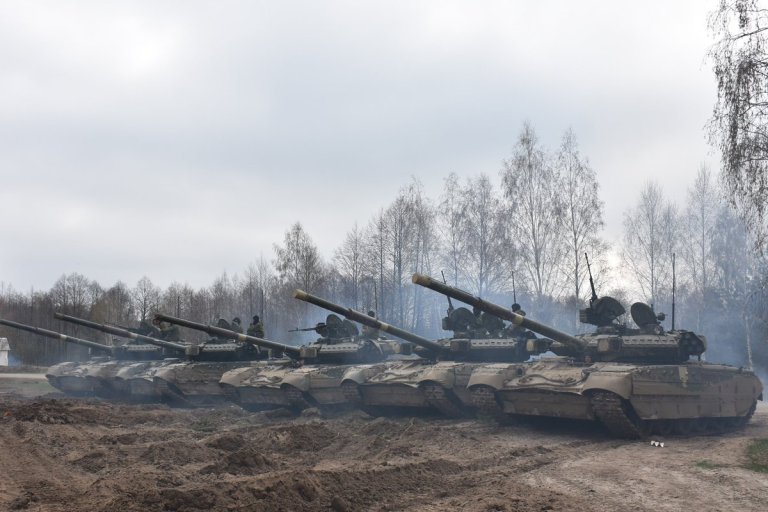 The Ukrainian resource informs that "last year it became known that it was on these tanks that they would participate in the international competitions Strong Europe Tank Challenge 2018. Therefore, now, at one of the combined-arms testing ranges, the tankers of the 14th mechanized brigade, who, according to the results of last year's competitions, were recognized as the best in the Armed Forces of Ukraine, are preparing for international competitions to be held in May "


On the bmpd side, we recall that the T-84 tank ("Object 478DU", the code "Kern") is a modified version of the sulfur produced at Kharkiv State Enterprise "Malyshev Plant" by the time of the Soviet collapse of the T-80UD tank. The first prototype T-84 ("Object 478DU") of the development of the KMDB was presented in 1993, a total of at least seven different prototypes were built by 1999 on this subject. The tank T-84 (in the execution of the "Object 478DU9") was officially adopted by the Ministry of Defense of Ukraine in 2000. In 2001, at the "Malyshev Plant" for the Ministry of Defense of Ukraine were built 10 serial tanks T-84 "Oplot" (in the performance of "Object 478DU9"). In 2003, four of the six T-84 tanks built were sold under the T-80UD index for study in the United States.

The remaining six tanks by 2014 were in reserve at Bashirovka near Kharkov, from where they were delivered in 2015 for capital repair at the Malyshev Plant. In June 2016, the Ministry of Defense of Ukraine signed a contract with the Malyshev Plant to restore and partially modernize these six tanks. Under the terms of the contract, the tanks after the repair had to be delivered by the end of 2016, but in fact they were transferred to the customer only in March 2018. As you can understand, now these tanks will be used in "pokazushnye" and advertising purposes.

"Ukraine has taken delivery of an unspecified number of BMP-1AK infantry fighting vehicles from Polish company Wtorplast", the analysts of the think-tank say. The BMP-1AK variant of the renowned BMP-1 was not known before; however, the IFV is suggested to be a slightly upgraded variant of the baseline model with an updated internal layout and additional anti-cumulative protection.

The IFVs are supposed to be fitted with improved night vision systems and Ukrainian-originated tactical radios. "The new BMP-1AK provided to Ukraine is claimed to have improved protection against cumulative and HEAT projectiles, such as those fired by the RPG-7 [rocket-propelled grenade launcher]," the experts of the think-tank point out.

According to Ukrainian media outlets, Poland is to deliver a total of 200 BMP-1AK to Ukraine's Ministry of Defense. The first batch (approximately 30 vehicles) is reported to have already been delivered. The vehicles were supplied to Poland by Czech Republic's Excalibur Group company (a subsidiary of the Czechoslovak Group consortium). Then, Wtorplast disassembled the IFVs and delivered them to the Zhitomir Armor Plant (a subsidiary of the Ukroboronprom Group).

According to Russian analysts, the abovementioned acquisition apparently reveals a deep depletion of the Ukrainian armor stocks. The Military Balance 2018 analytical book issued by the London-based International Institute for Strategic Studies (IISS) says the Ukrainian military operates a ‘large’ infantry armor fleet, which includes 193 BMP-1s, 890 BMP-2s, and four Soviet-age BMP-3s IFVs and a number of BTR-3/BTR-4-family armored personnel carriers. However, these figures seem to be much exaggerated. The BMP-2 armored fighting vehicle armed with a 30 mm rapid-fire automatic gun and a containerized anti-tank guided missile seems to be more effective. Within this context, the acquisition of legacy BMP-1s demonstrates the abovementioned depletion of the country's armor stocks. 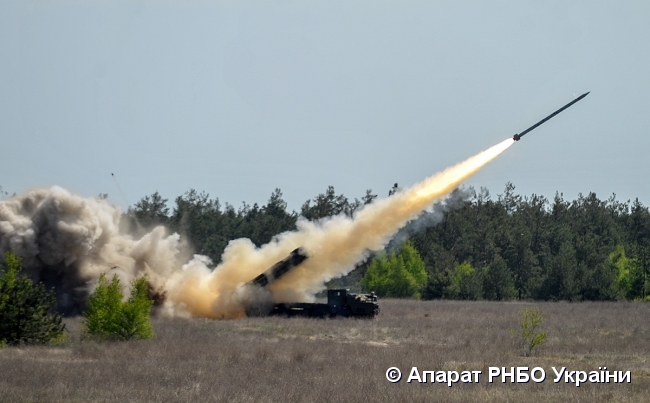 The original turret 2S1 SPH has been removed and the area to the immediate rear of the diesel power pack and driver’s position at the front of the vehicle raised to provide greater internal volume for its new mission. 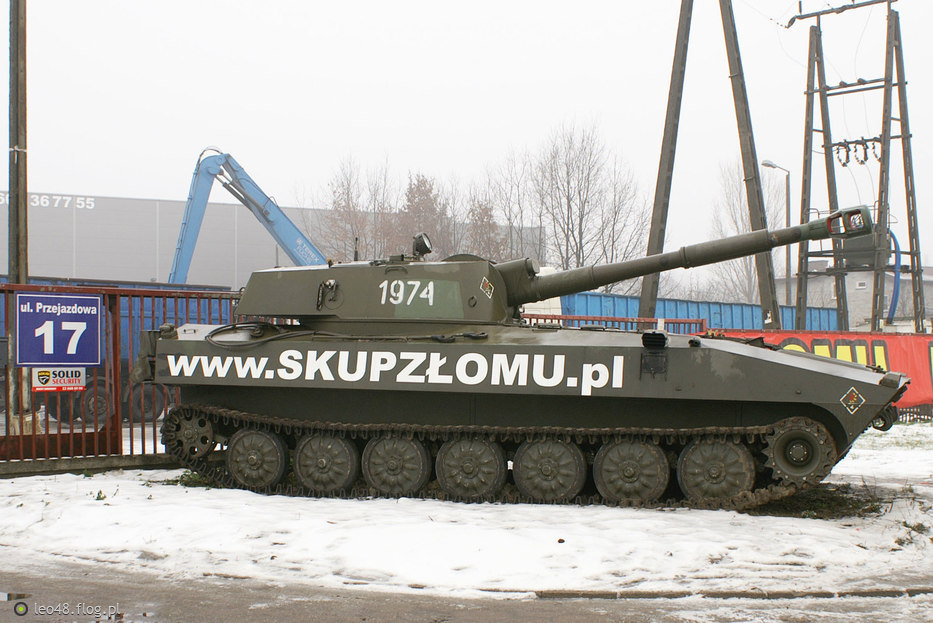 So it would have little more armour protection than an MTLB... I wonder why they chose to modify those... unless they are really short of APCs...
JohninMK

"Deliveries of 40-mm anti-tank grenade launchers … will continue in 2018-2019," the Kyiv-based Interfax-Ukraine reported on Thursday.

The purchase of the upgraded U.S. analogue of the Soviet RPG-1 anti-tank grenade launchers in the interests of the country's security agencies was ensured by Spectechnoexport under an agreement signed with the U.S. company in 2016, on the basis of a special export license of the U.S. State Department and in agreement with the Ukrainian authorized state bodies.

As reported, in November 2017, the U.S. Senate approved the bill on the "U.S. budget for 2018 on the needs of national defense," which contains permission to allocate $350 million to provide security assistance to Ukraine. In March 2018 the U.S. Department of State approved deliveries to Ukraine of the Javelin anti-tank missile system.

Hahahahahahahahaha... so to "help" the Ukraine, the US government is going to pay an American company to supply the Ukraine with a funky american version of the RPG-7... it looks like some softair tool Spec Op wannabe took the RPG-7 design and replace all the parts from a pile of crap made up of M4 and M16 bits and pieces...

Even the company name... AirTronic... sounds like they make toys.
KiloGolf

GarryB wrote:Hahahahahahahahaha... so to "help" the Ukraine, the US government is going to pay an American company to supply the Ukraine with a funky american version of the RPG-7... it looks like some softair tool Spec Op wannabe took the RPG-7 design and replace all the parts from a pile of crap made up of M4 and M16 bits and pieces...

Even the company name... AirTronic... sounds like they make toys.

Actually they've done a good job, improved it and all.
Not sure about their pricing tho.

Wow, what a bunch of non-sense. In average by the time I was out of the Army our type 69´s had over 300 rounds, in Training. The average battle rang for the type 69 was about 400m for stationary targets. And it was a 3/4 probability for a 2x2m and like 5/6 probably for a 4x4 at that range. With the 2,8x sight probably less than 40% with the flaps. And because of round limitations (self destructing PG-7 warhead beyond 900m, muzzle loading recoil-less rifle, generally average stabilization when fired, parabolic trajectory etc) the RPG is useless past 400/500m if not fired in volume. It’s just not a pinpoint weapon at range. Then comes the price. It is as expensive as a RPG 29 launcher with a three round complement. And five times the price of an RPG-7 launcher with a 3 round complement. With one PRLS-1 system you can field a whole platoon worth of Direct Light Anti-Tank assets. Just how in the world can Ukraine fall into this? What next? Buying SLR’s to replace their AK-74’s? Wow...
KoTeMoRe

Also the Kevlar E is one steaming pile of freedom. I hope for the sake of Ukraine this conflict will stop sometime because they’re being FUBARED to oblivion. Like the 75K Saxons That never made it to the frontlines.

The Ukrainian state concern Ukroboronprom on May 24, 2018 announced that the Kharkov Morozov Machine Building Design Bureau, part of the Ukroboronprom GC, is working on the creation of new generation combat vehicles that are to be introduced into service Ukrainian army in the 2020s. Designers and engineers of KMDB are now focused on the creation of BMP-U, a new infantry fighting vehicle, which should replace BMP-1 and BMP-2. 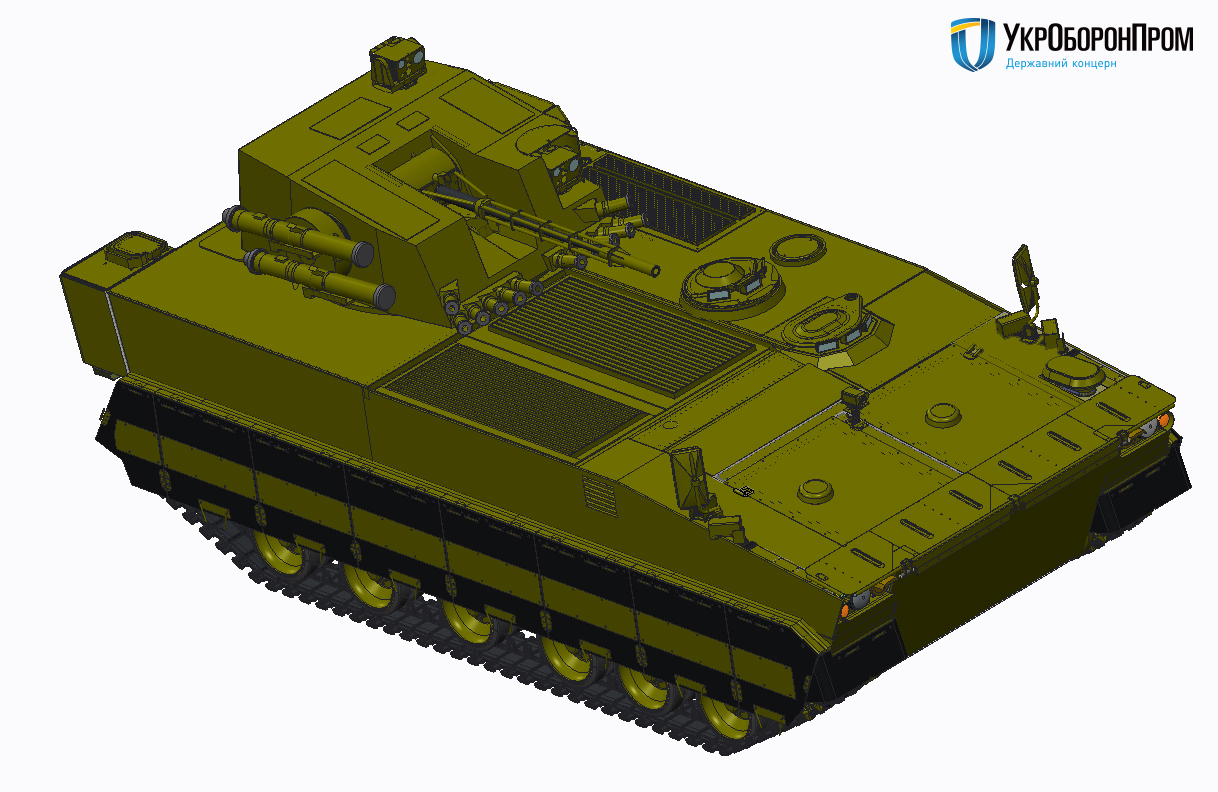 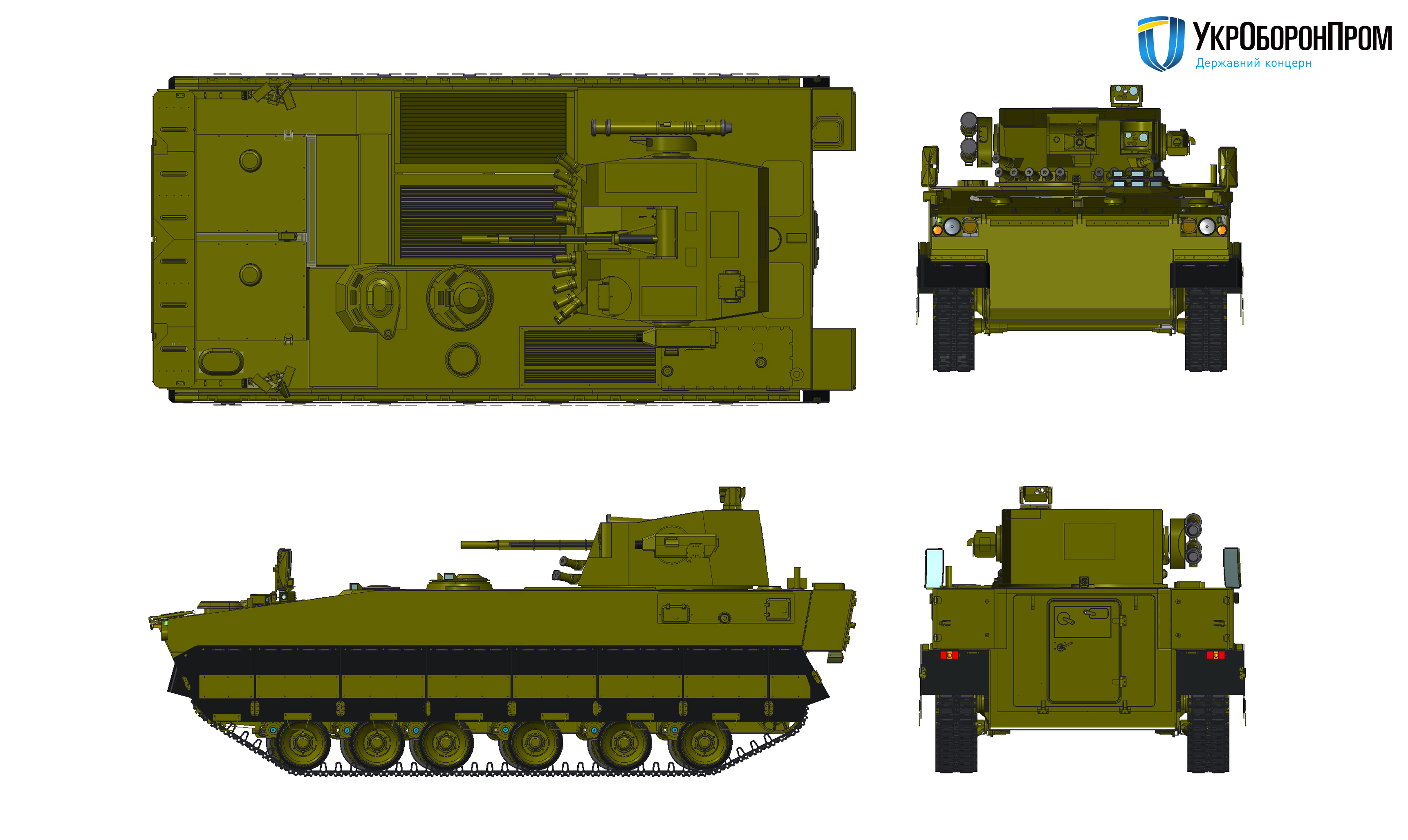 More plus videos at link, they did better last year in the T-64BV

On 15 June, Captain Roman Bagaev, whose platoon is regularly declared to be the best tank platoon in Ukraine, told in an interview with a newspaper the Novynarniaabout serious problems with the upgraded Ukrainian T-84 main battle tanks.

Ukraine’s tankmen with T-84s taken part in Strong Europe Tank Challenge 2018 annual training event designed to give participating nations a dynamic, productive and fun environment in which to foster military partnerships, form Soldier-level relationships, and share tactics, techniques and procedures. But in this year the Ukrainian team took the last place despite the use of the newest T-84 tanks.

Captain Roman Bagaev said that the cause of losing in Strong Europe Tank Challenge 2018 competitions lie in serious problems with T-84 combat vehicles, modernized and overhauled at the SE “Kharkiv Morozov Machine-Building Design Bureau” in Kharkiv.

The T-84 main battle tank has seen a number of problems. The big issue has been breakdowns that leave the tank without a weapon stabilization system.

Ukrainian tanks were unable to hit targets at a distance of more than 1 km due to problems with stabilization of the main armament.

Not sure if this is correct thread

the NKoran one "lost altitude" so quickly that some observers said it was photoshopped before the release of video. In the Ukraine video the missile has similar initial flight path. Not saying NK ASM tech from Ukriane, just intersting coincidences. 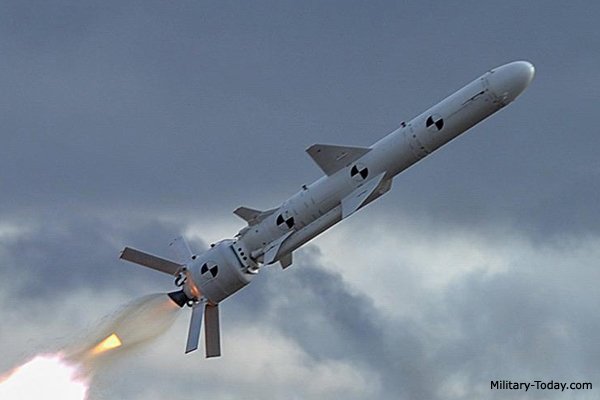 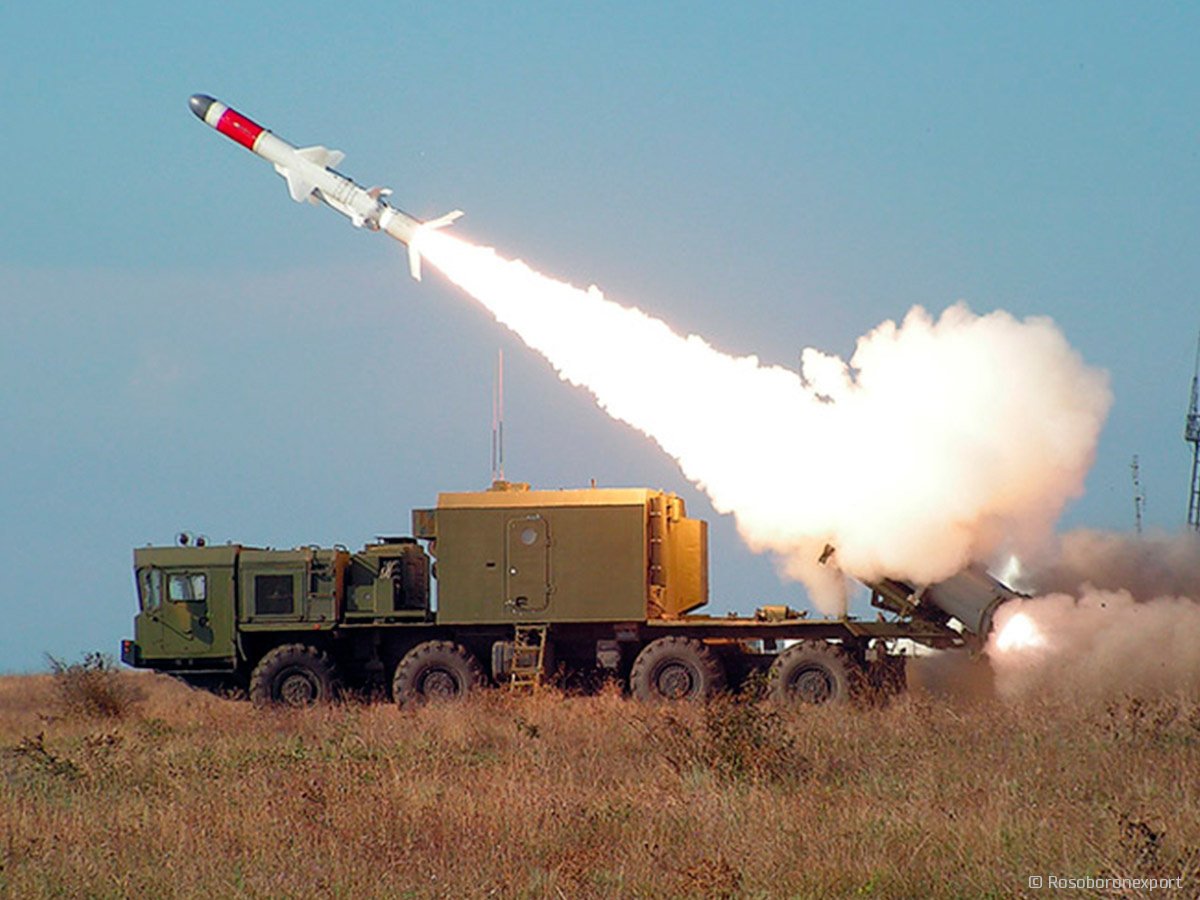 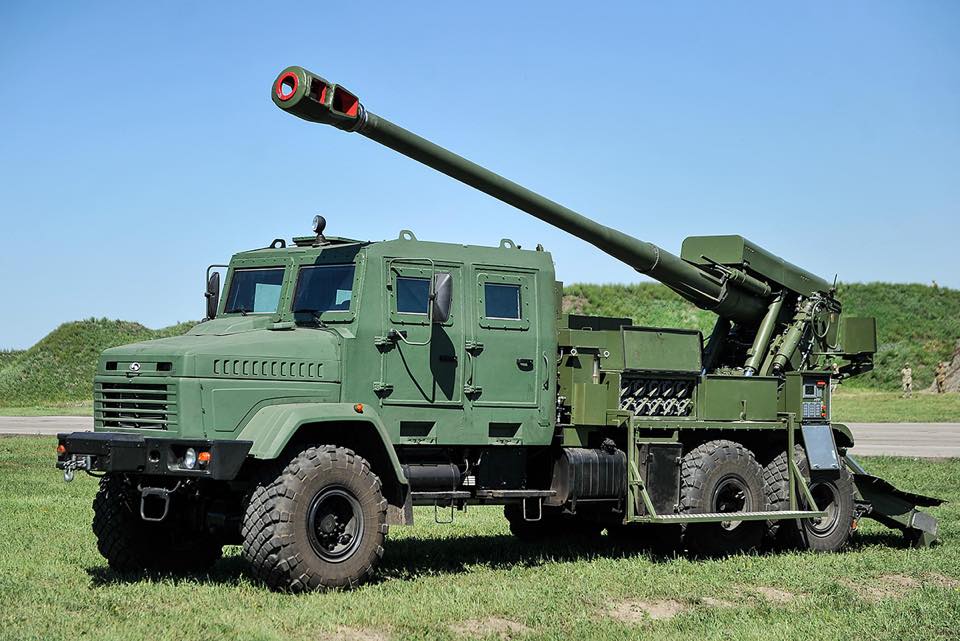 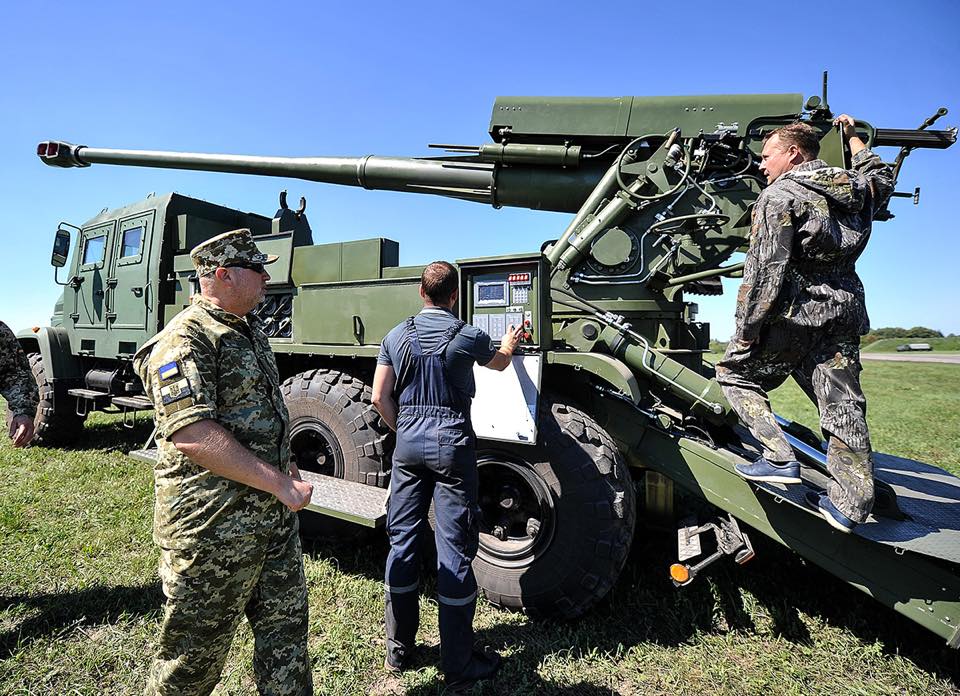 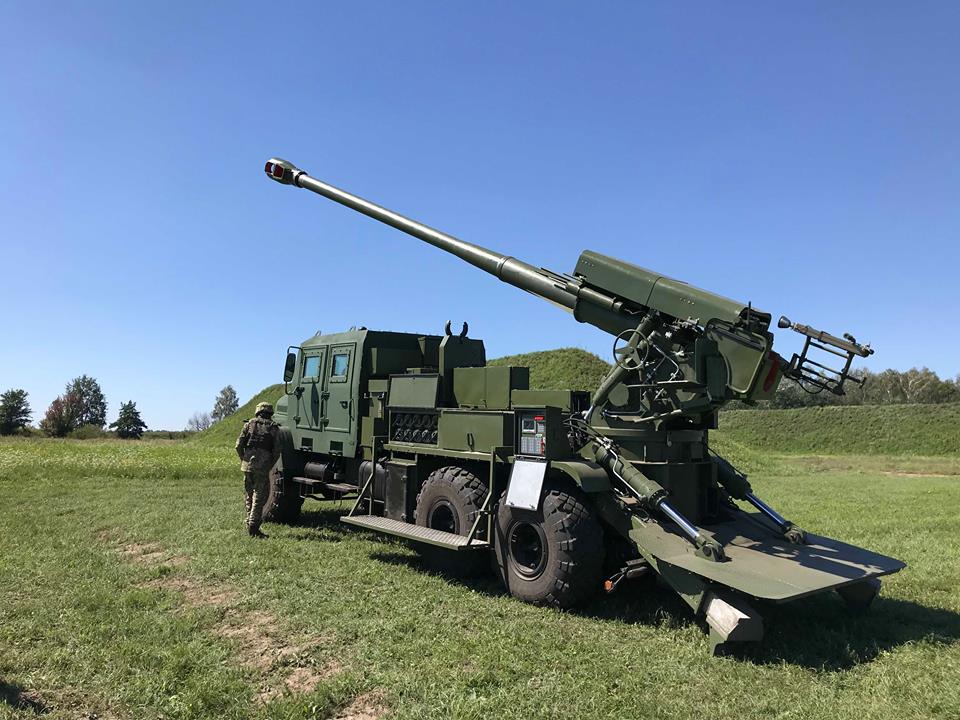 Prototype of the mobile launcher of the operational-tactical missile system (OTRK), created in Ukraine, Grom-2 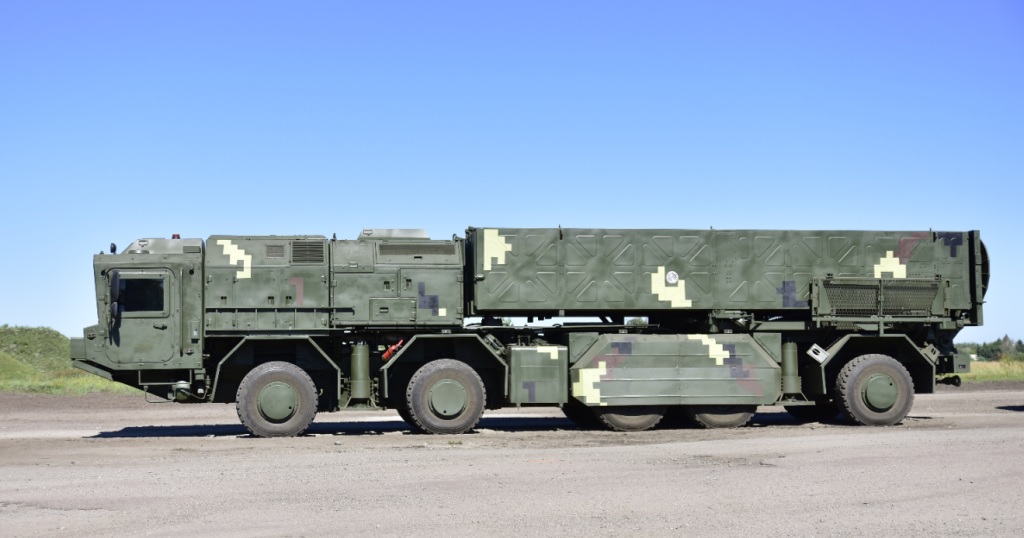 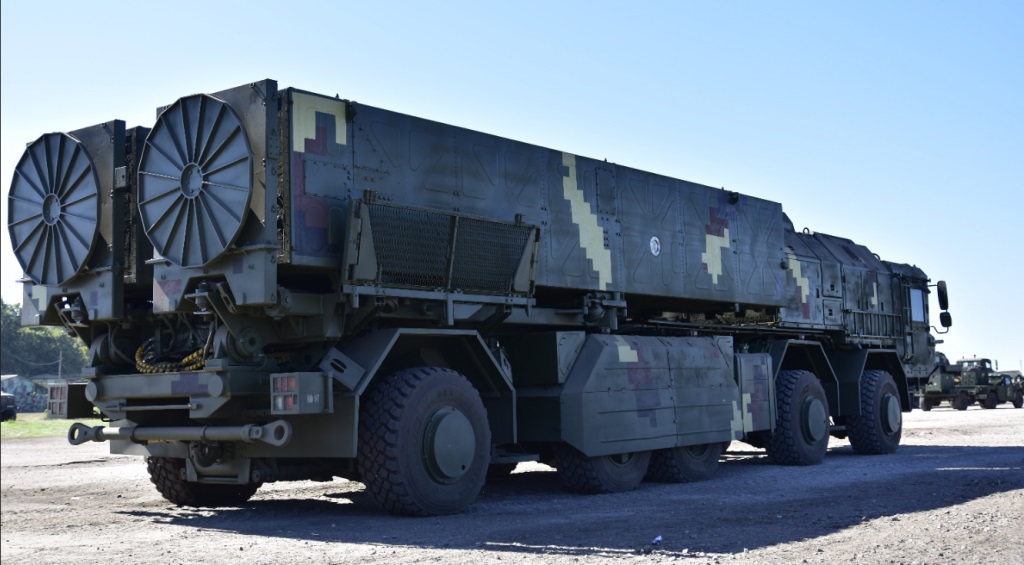 Modernization of T-64BB tanks in Ukraine

Transcarpathia is on the verge of an explosion: why Ukraine is preparing for itself a “second Donbass”

Ukraine has begun to produce a new type of armor

As the Kharkov edition of StatusQuo reported in the material “A large plant near Kharkov mastered the production of unique armor,” the Kharkiv Morozov Design Bureau (KMDB) carried out the state order and handed over to the Ministry of Defense of Ukraine the first seven BTR-4 armored personnel carriers made from new domestic armor. This was reported at Lozovsky forging-mechanical plant. Special steel underwent inspection and acceptance at all stages of production. According to its characteristics, the material meets the highest international standards.

Cases for the BTR-4 are made on LKMZ. The plant, the KMDB and the research institute of construction materials Prometheus organized the manufacture of cases from special steel grade "71". Today, there are about 40 such buildings in production at the enterprise.

LKMZ in 2018 entered into a production cooperation for the manufacture of armored sets and their subsequent assembly at the State Enterprise "Malyshev Plant" (Kharkov), as well as at the KKBM and the Kiev Armored Plant. The specialists of these enterprises work at LKMZ, gaining experience for the preparation and creation of the production of buildings at their plants.