Russian Defense Minister Sergey Shoigu and his Armenian counterpart Seiran Oganian put their signatures to the document. The agreement was signed after the ministers' bilateral meeting.

The two defense ministries also signed a cooperation plan for 2016.

"We have approved for 2016 a plan of work of the Defense Ministers' Council of the CIS countries and a plan of common steps on the joint air defense system," Shoigu said summing up the results of the meeting.

The strategy of military cooperation between CIS countries for 2015 has been implemented in full, Russian Defense Minister went on to say.

"We summarized the results of implementing the Military Cooperation Concept for CIS member countries in 2015. It was implemented in full," Shoigu told the session of the council of defense ministers of CIS member-countries. The participants in the session discussed more than 20 issues of different aspects of multi-party military cooperation.

He noted that further work will be based on the Military Cooperation Concept until 2020 adopted by CIS leaders in October.

At the meeting, the ministers revised a cooperation plan for troops of the joint air defense system and the documents regulating the work of the coordination committee on the air defense issues at the CIS Defense Ministers’ Council.

A number of bilateral meetings were also held, Shoigu said. "During the talks, we discussed a broad range of issues of cooperation in the military and military-technical spheres. The plans of bilateral cooperation of the defense ministries were signed for the next year," he said.

The participants of the meeting confirmed plans to further develop partnership based on the balance of common, regional and national interests.
TheArmenian

Armenia to get refurbished Su-30SM and Il-76

Here also another source for Su-30SMs in Armenia

Armenia has received a credit from Russia to purchase weapons
Guest 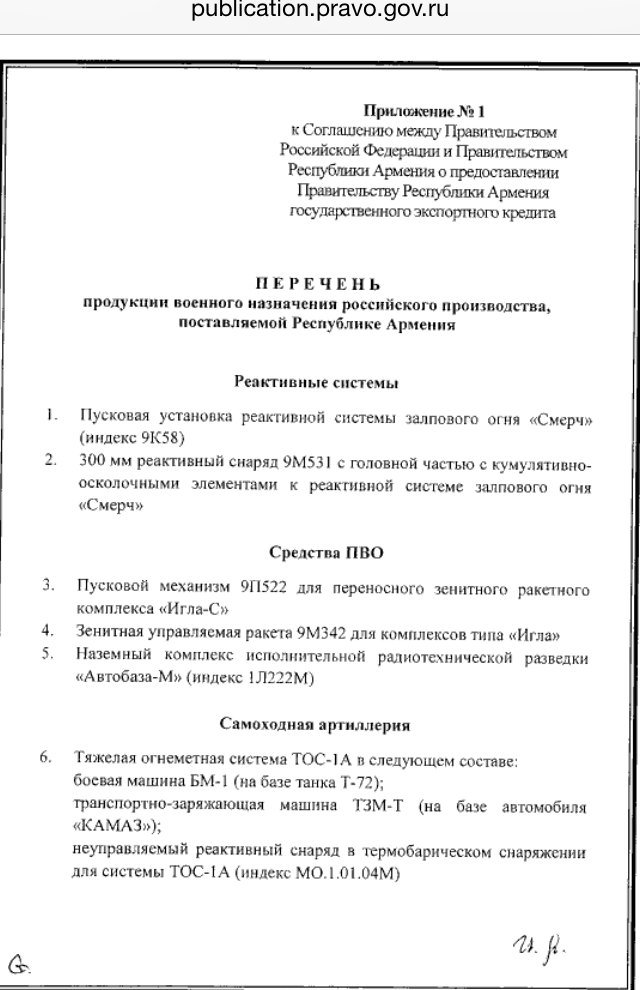 Armenia is part of several Russia-dominated security and economic alliances that include many ex-Soviet nations, and it hosts a Russian military base.

The supplies of new weapons are certain to anger Azerbaijan, which has been locked in a conflict with Armenia over Nagorno-Karabakh.

Sergei Minasian, an expert with the Caucasus Institute, said the new weapons shipments from Russia will help maintain a military parity with Azerbaijan amid increasing tensions in Nagorno-Karabakh.

In case of conflict between Russia and Turkey, Armenia is at the forefront

Armenian armed forces today are the highest among the three armies of the Transcaucasian level military and moral-psychological training of personnel, but they are the smallest in the number of military equipment. However, the latter only applies to the sun "official". Nagorno Karabakh Armenian army is integrated with, and its exact dimensions like as unknown.

Armenian armed forces have formed in the war for Karabakh. However, since the country is not landlocked and bordered by Russia, it remains in the transport blockade by Azerbaijan and Turkey. Almost none of transit and through Georgia. As a result, the bulk of the cargo from the main ally - Russia - is a circuitous route through Iran. Support for Armenian Orthodox Shiite state is somewhat paradoxical. This is explained by the fact that Azerbaijan's main ally - Turkey - the main geopolitical enemy of Iran in the region.

Armenia is a CSTO member and formally sent a company of the RRF. However, due to the above mentioned features of the geographical location of the real participation in the organization of Yerevan can not take. The actual connection to the CSTO exercises the Russian 102nd military base.

1st AK (headquarters in the city of Goris) is a part of the 2nd Mechanized Infantry Brigade (Goris, of the units stationed in Karakhanbeyli on controlled Azerbaijani territories), 522nd (Sisian) and 539th (Agarak) motorized rifle regiments, tank , reconnaissance, MTO battalions.

The factor of "Karabakh"

In general, the total capacity of the Armed Forces of Armenia and NKR within existing fortifications and high combat qualities of staff is a reflection provides a possible attack by the Azerbaijani Armed Forces. However, the trends are unfavorable. Azerbaijan is much higher economic opportunities. He now has an overwhelming superiority in the air that is offset by Armenia and Karabakh strong ground defense.

For most of the period of independence in Armenia is the socio-political debate about whether the country needs the Russian base and not better to seek the support of NATO. Events of the last eight years show that the alliance with Russia provides resistance to external aggression, settlement on the North Atlantic Alliance guarantees the complete absence of protection, but for some reason, only a few are able to accept the obvious. For Russia, the conclusion of the 102nd base will be a particular nuisance in Armenia - a disaster.

Not the fact that I-102 WB will help defend Karabakh, but it is quite accurate to fight on the side of Yerevan, in the case of Azerbaijan and Turkey's attack on Armenia itself.

Now there are new geopolitical circumstances, which, however, should be expected. The long-term affair with Moscow ended in Ankara widely anticipated gap. The belief in Marxist dogma about the primacy of economics over politics has not helped. Politically, Russia and Turkey's interests have always been not only different, but diametrically opposed, as revealed in Syria. We can not exclude direct military confrontation, which can easily go beyond its borders. And if Russia hit Turkey with its own territory (from the Crimea and North Caucasus), the 102nd base, located near the border with Turkey, is at the forefront. If Turkey is attacking this base first have to fight and Armenia, because its territory is subjected to aggression. If Ankara does not want itself to open the north-eastern front to Moscow and Yerevan there difficult dilemma - whether to use 102-th World Bank and the Armenian Armed Forces. Even their joint potential to significantly inferior to Turkey, but in this case, Ankara will have to fight in all directions, which would be an extremely serious problem.

Armenia will face many times more powerful opponent when there is a threat also in the north - from Azerbaijan. There is a danger of a complete military defeat of the occupation of the country and, of course, an irretrievable loss of Karabakh. On the other hand, acted directly on the side of Russia, Yerevan gaining a reputation only true, but not in words, Moscow ally, in this case has a good chance to get rid of the main threats (Turkish) at least for a long time. Moreover, in the event of a serious military defeat of Turkey in Baku definitely not risk to go for the military option to return Karabakh in any foreseeable future (especially since the fall in oil prices severely hamper the development of the Azerbaijani Armed Forces). Selection of Yerevan will be extremely difficult, but it will not be able to escape from him.

In Armenia, more than 30 enterprises of the defense industry, which produce a variety of devices and equipment, but not arms and equipment in its final form. During the Soviet period there were created some new models of small arms, light system is N-2 for firing rocket-propelled grenades, as well as drone "Krunk". The whole country is completely dependent on imports of weapons.
George1

ISKANDER and SMERCH making their appearance in Armenia.

Photos taken today on Yerevan streets. Rehearsal for the parade that will take place on the 21st of September is taking place now. 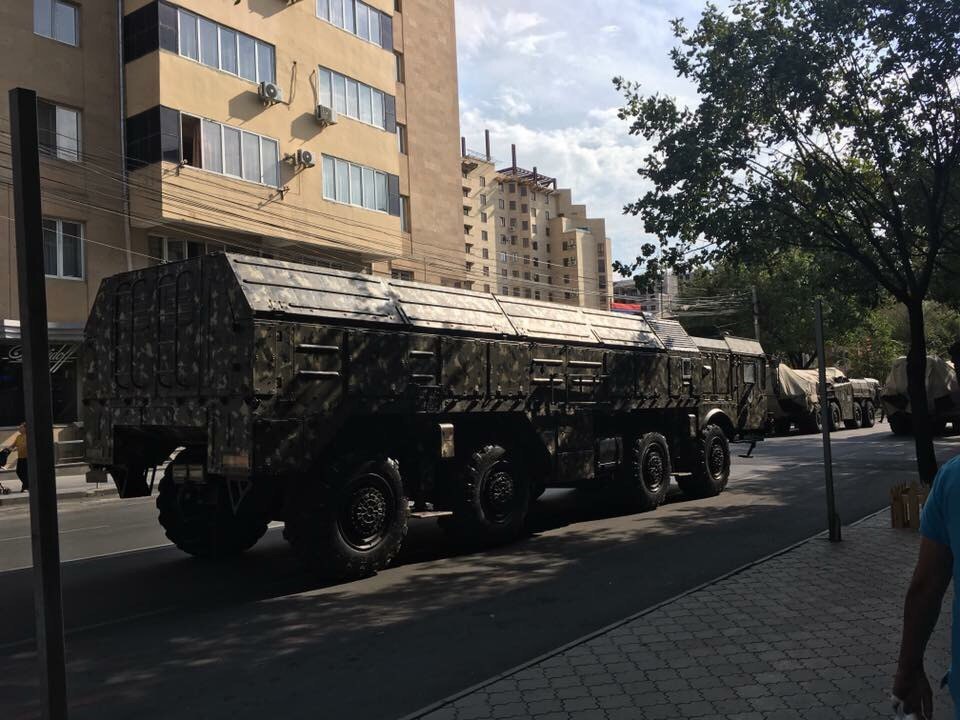 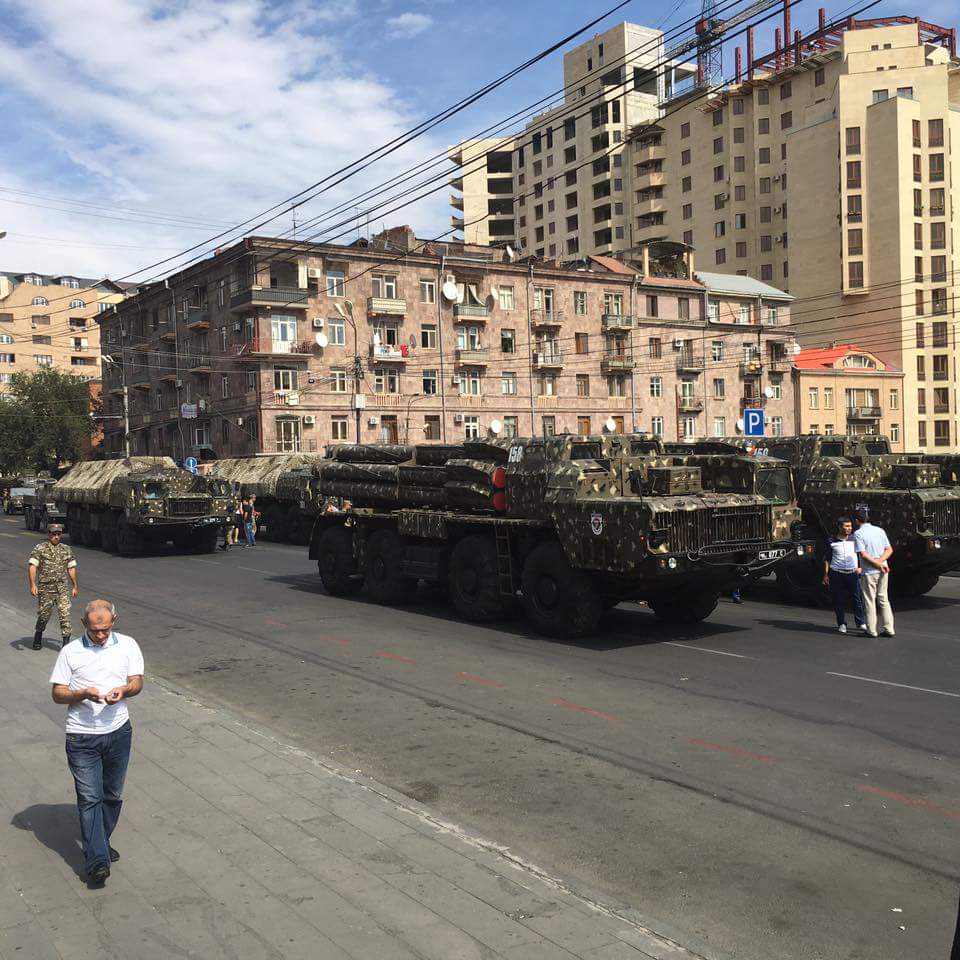 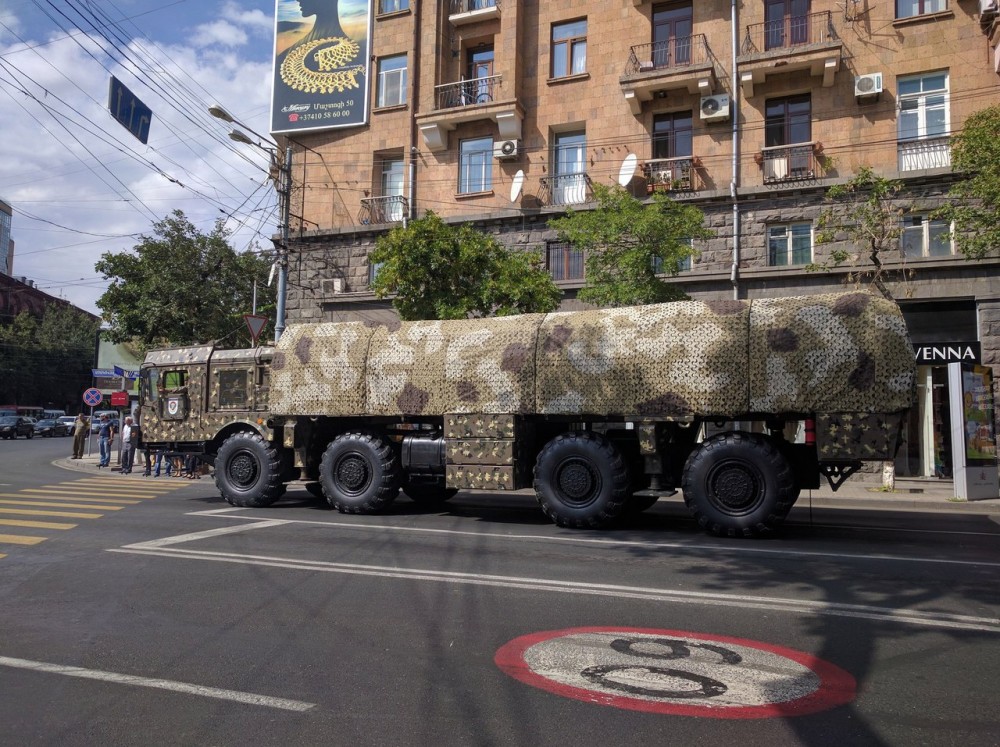 ISKANDER and SMERCH making their appearance in Armenia.

Photos taken today on Yerevan streets. Rehearsal for the parade that will take place on the 21st of September is taking place now.

Someone is finally using common sense in Moscow. They're over 16 years late, but it's a start.
airstrike

This website got it wrong. Yes, the Iskander-E is the export version, but Armenia's is M.
airstrike

Earlier, on November 14, Russian President Vladimir Putin approved the idea of striking a deal with Armenia and ordered a draft agreement be sealed for the creation of the United Group of Troops in the collective security region in the Caucasus. The group "is supposed to provide an adequate response to any armed attack as well as to other challenges and security threats to the parties."

Sargsyan in turn said that the United Group of Troops would comprise the 102nd Russian military base deployed in Armenia and Armenian army units.

The Russian and Armenian defense ministers also signed a cooperation plan for 2017.

Shoigu congratulated his Armenian counterpart on his new appointment. "Hopefully, we are going to have the same friendly relations as with your predecessor," he emphasized adding Russia was ready to expand ties with Armenia in the sphere of military education.

"Practically, all Defense Ministry institutions of high learning train experts for Armenia. So, this work continues and we are ready to expand it along these lines," Shoigu said. 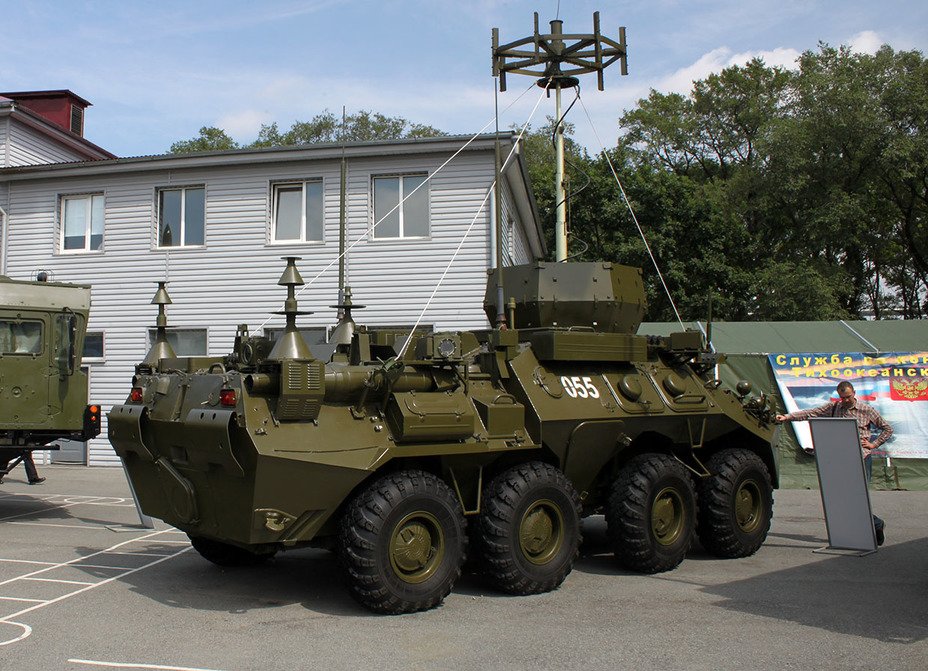 As TASS news agency reported on March 29, 2018, Russia's supply of arms to Armenia for a new loan of $ 100 million, approved by the government of the republic in the fall of 2017, will begin in 2018. This was announced on Thursday at the exhibition ArmHiTec [in Yerevan] by the deputy head of the Federal Service for Military-Technical Cooperation (FSMTC) Vladimir Drozhzhov.

According to the information agency REGNUM in the material of Leonid Nersisyan, according to the information distributed within the framework of the television program of the Armenian Defense Ministry "Zinuzh", in a few months Yerevan will receive Russian short-range anti-aircraft missile systems (Tor-M2). Thus, Armenia continues to be actively armed with the most modern technology.

Thus, the content of one of the three contracts within the framework of the new Russian military loan is disclosed.
It is known that after realization of deliveries on the first Russian preferential military loan for $ 200 million Yerevan was offered a second loan - $ 100 million. According to Deputy Defense Minister Artak Zakaryan (to date, already an ex-deputy minister), as of December 2017, three contracts were signed, the total amount of which even exceeded $ 100 million (part of the purchases were financed by the Armenian budget). According to the deputy minister, these supplies will have to strengthen the air defense system (AD) and advanced positions. Now it is quite clear that one of the three contracts just implies the delivery of the short-range SAM "Tor-M2".

The bmpd comment. Most likely, we are talking about the planned delivery of a 9K331M Tor-M2 anti-aircraft missile system with 9M338K anti-aircraft guided missiles (9M339K) to the Zinuzh TV program, and the systems of the previous modification 9K332ME / MK Tor-M2E / K with zenith guided missiles 9M331.

Video of the program "Zinuzh":

An alternative to the military-political alliance of Russia and Armenia is war https://regnum.ru/news/polit/2495687.html
Tsavo Lion

Armenia will get new fighters
https://regnum.ru/news/polit/2517805.html 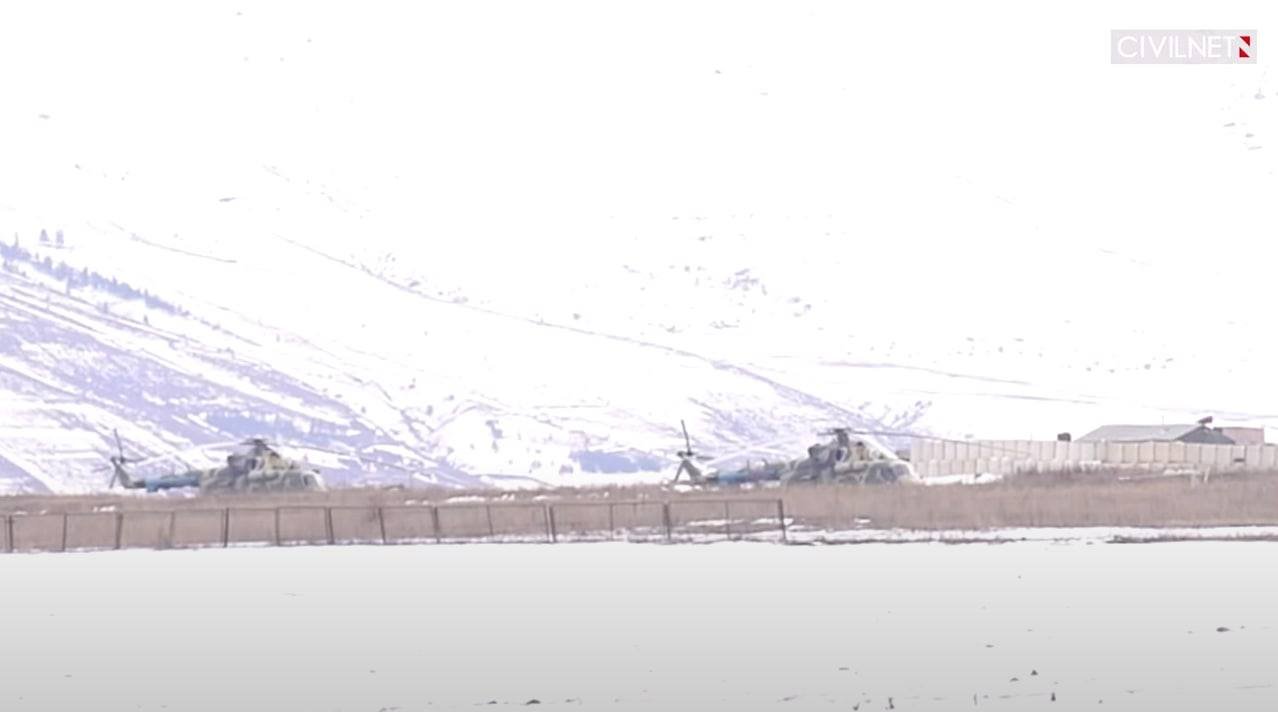 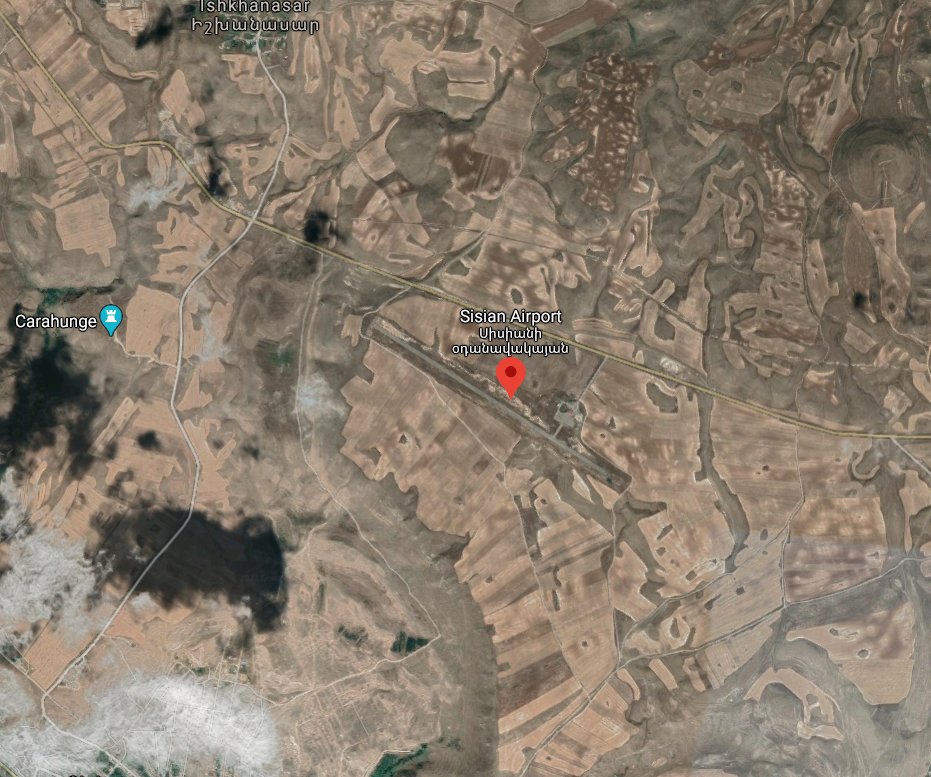 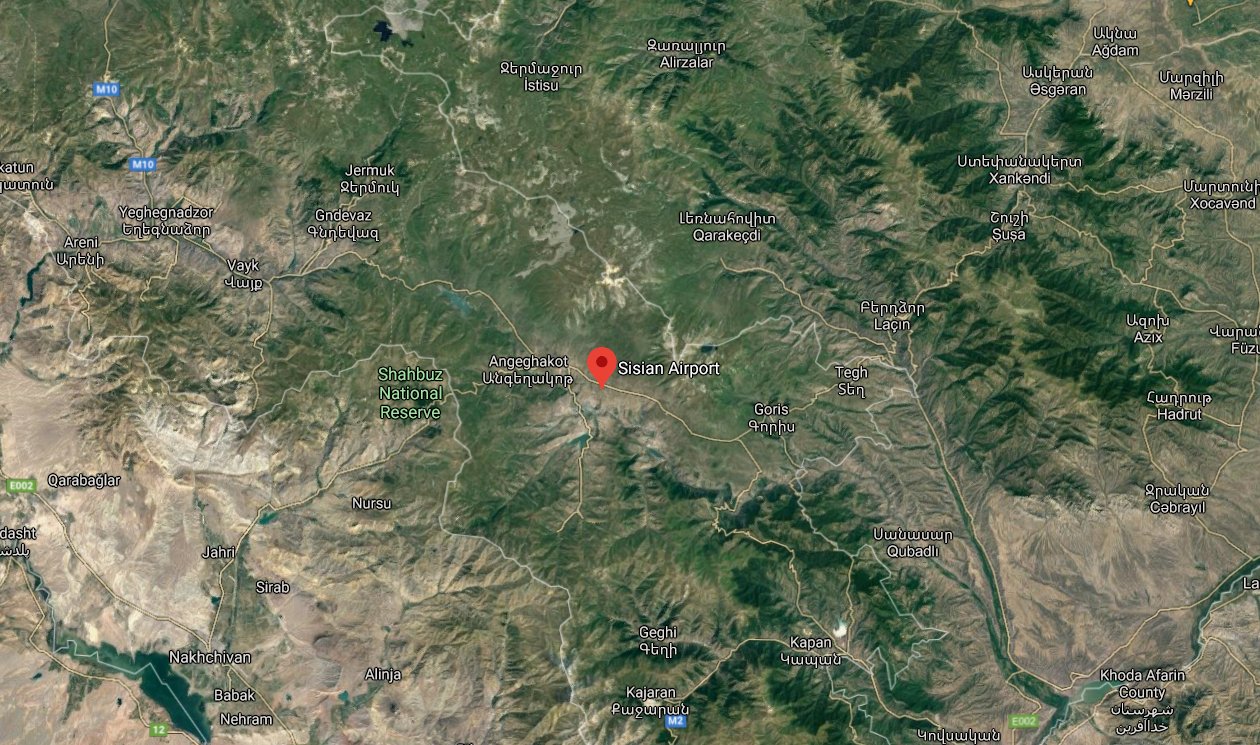 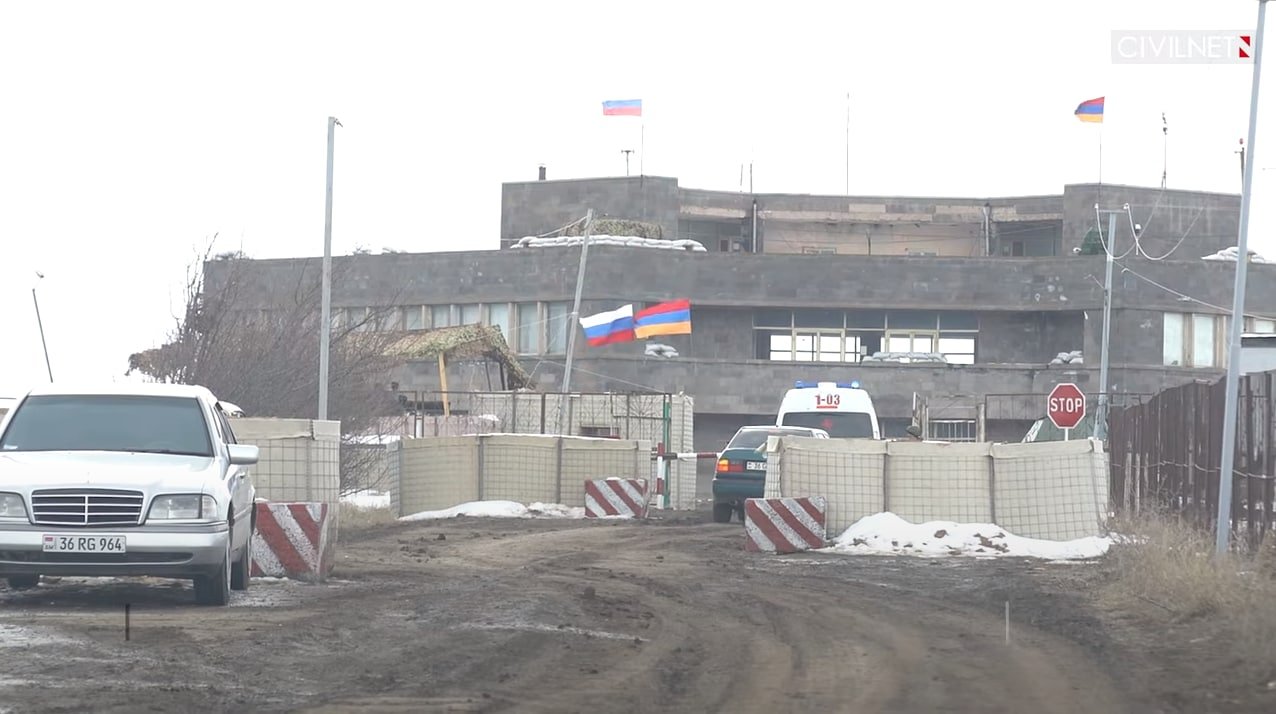