On another related note, any recent updates on rumoured deals like Yak-130, Buk-M2, Su-35S etc.? Thanks.
xeno

Please don't believe this news, this is a news made up by Sina as usual...
George1 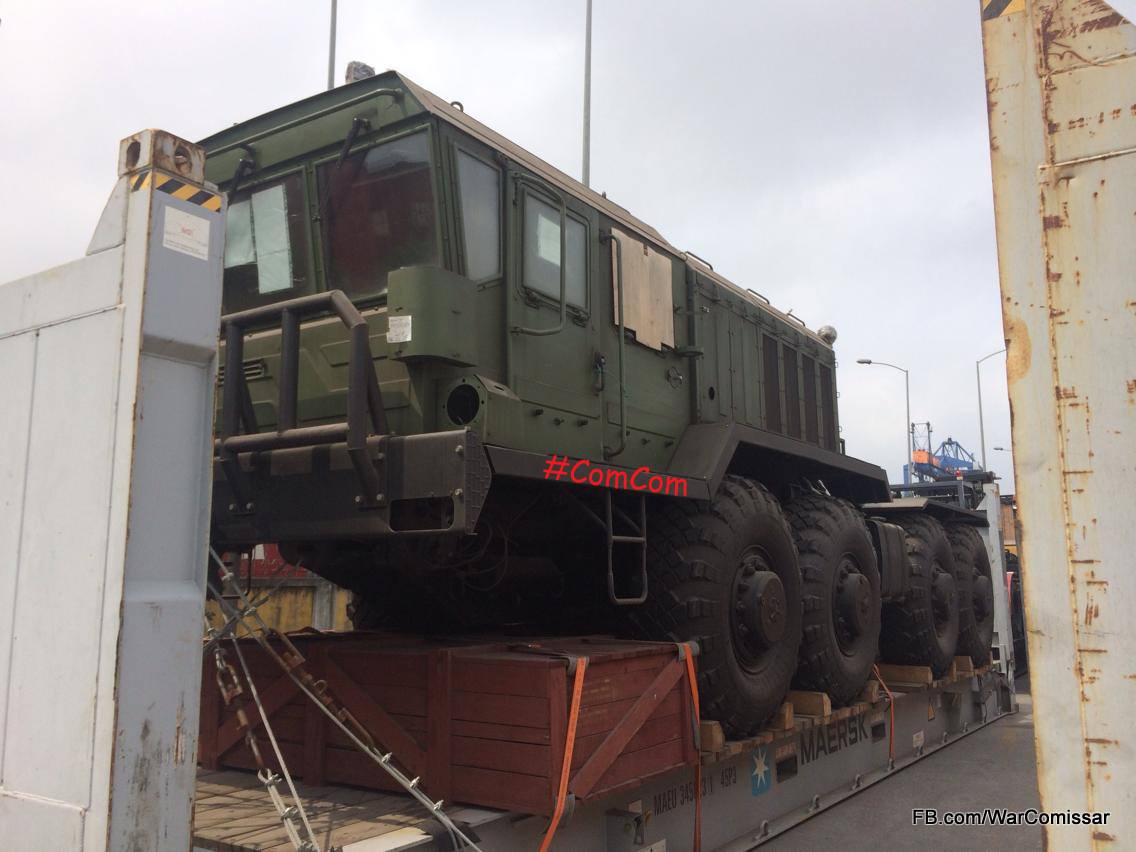 As a user of the social network says "Twitter" @oryxspioenkop, Vietnam received a shipment of Russian-wheeled tractors KZKT 7428 8x8 (probably with storage). Tractors are expected to be used as tankovozy, and as their future cargo mentioned T-90 tanks. This may be indirect evidence in favor of some time ago appeared information about the purchase from Vietnam of T-90SM.

Vietnam may become the second purchaser of S-400 "Triumph"


TSAMTO, 4 July. Vietnam is negotiating with Russia on the possible acquisition of at least four divisions of long-range anti-aircraft missile system S-400 "Triumph".


Vietnam will buy much larger quantities than the original figure of only 28 units.

The last Su-30MK2 fighters to Vietnam

On Komsomomolskom-on-Amur aircraft plant named after Yuri Gagarin was completed construction and testing, and prepared for transfer to the Vietnamese side of the last two multi-purpose fighters Su-30MK2, contract for 12 aircraft of this type signed by Viet Nam with" Rosoboronexport "in August 2013 for a total of worth about $ 600 million.

It is reported that these two Su-30MK2 with Vietnamese hull numbers "8593" (serial number 88624), and "8594" (serial number 88625) are not only the last fighters of this type built for Vietnam, but the latest machines of Su-30 family , custom-KnAAZ at all, as the judgment of February 2015, it was decided to stop the construction of the Su-30 in the factory on the machine with the serial number 88625. From now on war production KnAAZ will lead only to release a series of fighter aircraft Su-35 and T-50. 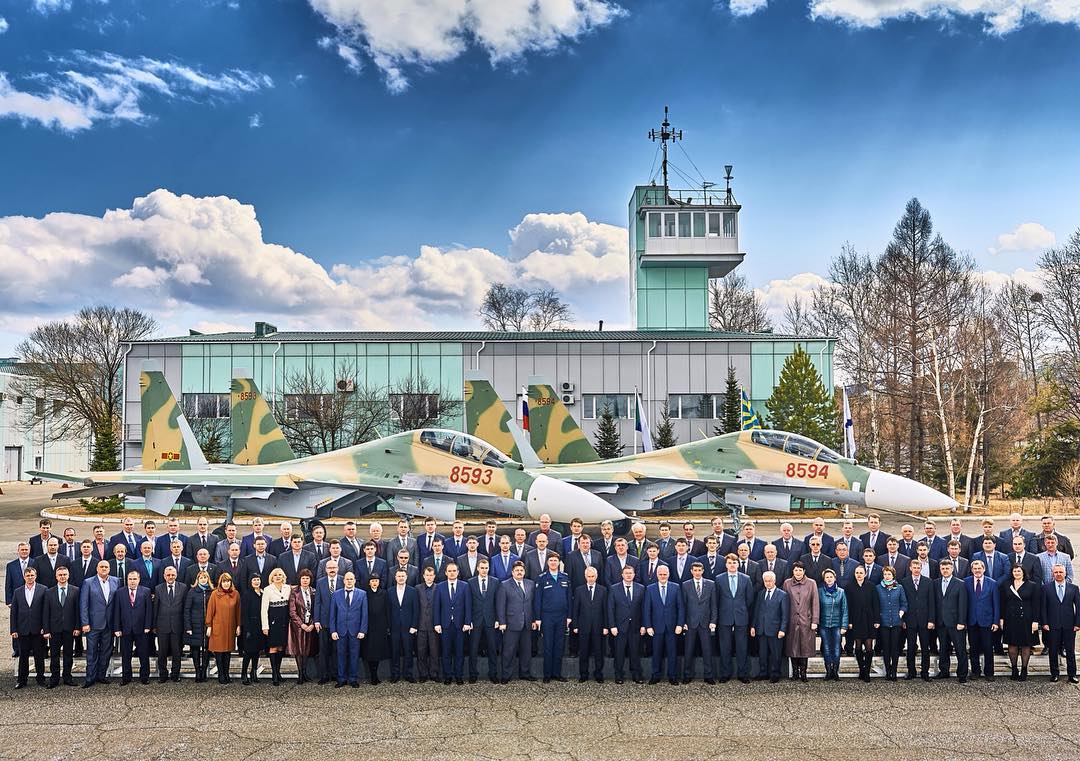 Production of double multi-purpose fighter Su-30 series was conducted in KnAAPO / KnAAZ 1999. According to the known data, all in the company of at least 207 Su-30 series were built, including six different experimental machines, 79 Su-30MKK (77 for China and two for Indonesia) 101 Su-30MK2 (37 Vietnamese, 25 China, Venezuela for 24, nine and six to Indonesia to Uganda) and 20 Su-30M2 for the Russian Air Force (in all cases take into account aircraft manufactured to replace lost as an extra for Vietnam).

6th submarine of Project 06361 was delivered to Vietnam 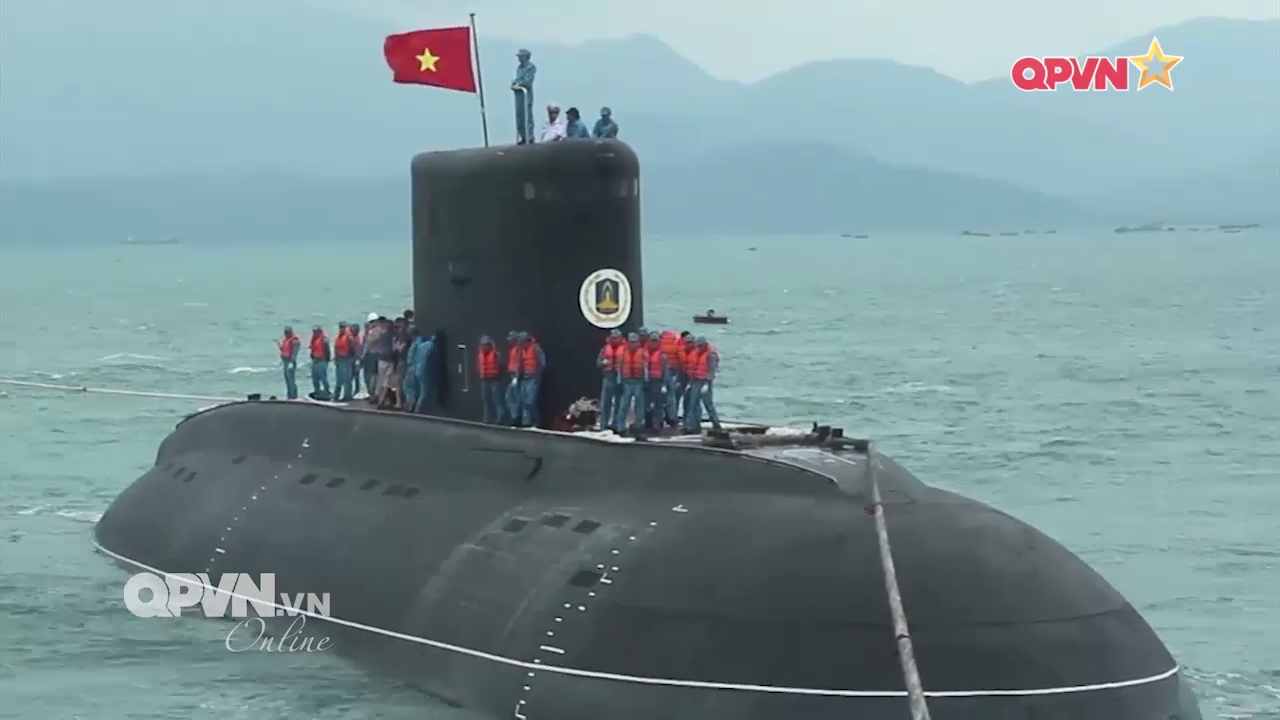 MOSCOW, April 3 (Itar-Tass) - RIA Novosti. Two frigates of the project "Gepard-3.9" will be transferred to Vietnam in September and November-December 2017, RIA Novosti reported on Monday the general director of Zelenodolsk shipyard, where these ships are built, Renat Mistakhov.

Now these two ships pass the final test firing in the Black Sea at the Black Sea Fleet firing range before being handed over to a foreign customer.

"The first ship will be transferred in September, it has already completed tests, the second is just beginning and we will give it to the customer in November-December of this year," said Mystakhov, who recently participated in the LIMA-2017 arms exhibition in Langkawi, Malaysia.

This is the second pair of frigates that are being built by Russia for the Vietnamese Navy: the first pair was transferred in 2011.

The delivery of T-90S tanks to Vietnam began

According to the Interfax news agency, Russia began deliveries of T-90S and T-90SK tanks under a contract with Vietnam, Interfax was informed by Mikhail Petukhov, the head of the official Russian delegation at the Defense & Security exhibition, deputy director of the FSMTC of Russia.

"As a result of a series of negotiations between Russian and Vietnamese experts, a contract was signed for the delivery of T-90S and T-90SK tanks, and the parties have now started implementing it," Petukhov said.

Earlier in the public annual report of Uralvagonzavod it was reported that in 2017 the contract with the customer "704" (Vietnam) for supply of 64 T-90S/SK tanks should start.

Russia is also discussing with Vietnam the supply of anti-aircraft missile systems, Petukhov said. "The Vietnamese side is engaged in a dialogue on the supply, repair and modernization of anti-aircraft missile systems and complexes of various types," he said, answering the question whether Vietnam has an interest in acquiring S-400 air defense systems.

"At present, the parties define the nomenclature, according to which cooperation will be carried out," the deputy head of the FSVTS emphasized.

Vietnam is one of Russia's key partners in the field of military-technical cooperation.

In July, at the MAKS airshow, the head of Rosoboronexport, Alexander Mikheev, said that Russia would supply Vietnam with naval equipment and tanks on credit. Earlier, he said that a significant amount of supplies to Vietnam in the field of military-technical cooperation were being implemented. According to him, in Vietnam, thanks to Russia, an underwater fleet with all the infrastructure was created.

Russia lost the contract of Pantsir-S1 for Vietnam due to Chinese components?

kopyo-21 wrote:Russia lost the contract of Pantsir-S1 for Vietnam due to Chinese components?

No references, no exact proclaims of said components. Sounds like more of a jab at import substitution (which they we're wrong in since Russia has been producing rad hard components for years).

kopyo-21 wrote:Russia lost the contract of Pantsir-S1 for Vietnam due to Chinese components?

No references, no exact proclaims of said components. Sounds like more of a jab at import substitution (which they we're wrong in since Russia has been producing rad hard components for years).

2015/2016 was the time Vietnam picked Spyder SAM as winner so the claim had been importing situations years before that. For me, it sounds logical and believable for the claim.
miketheterrible

But it would be helpful for there to be references and to specify which part. Being vague doesn't help. Especially when we know of exact components made now that are rad hardened made in country.

Don't believe everything you read.
George1

According to TsAMTO, citing Soha.vn, the Vietnamese side is also interested in purchasing KamAZ trucks and Mi-17 helicopters.

The first contract for the supply of a pair of frigates of the project "Cheetah-3.9" Zelenodolsk plant and Vietnam signed in 2006, in 2011 the ships entered service. The intergovernmental contract for the supply of the second pair of patrol ships was concluded in October 2012. The third "Cheetah" arrived in Vietnam at the end of October 2017, and the fourth - in January 2018.

The first T-90S tanks for Vietnam

Uralvagonzavod is successfully implementing the contract for the supply of T-90S tanks for Vietnam.

On October 19, a report about “bathing the T-90”, more precisely about hydro testing conducted at the UVZ, was shown Components for Vietnam differs little from the Russian. And almost completely corresponds to what else in 2013 UVZ showed at an exhibition in Peru. The main external difference: the “old” “square” screens on the sides, the Blind-1M, the air conditioner and a slightly different reservation of the cover of the night sight.

While some of the tanks are still in assembly, the first samples are already being used to train Vietnamese tankers in one of the Russian training centers (I know which one, but they were asked not to disclose). Along with a complete set other than Russian cars, the “Vietnamese” are also distinguished by their characteristic camouflage, very similar to the one we used before the introduction of a monochromatic green color. 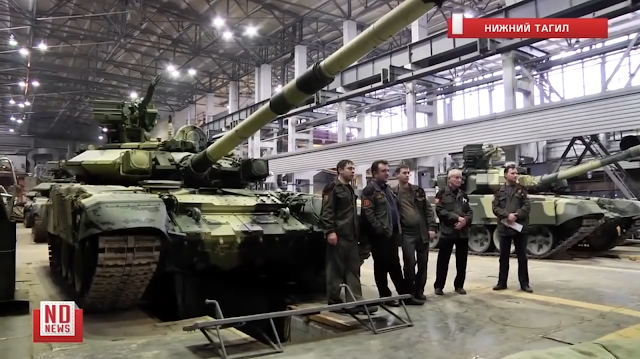 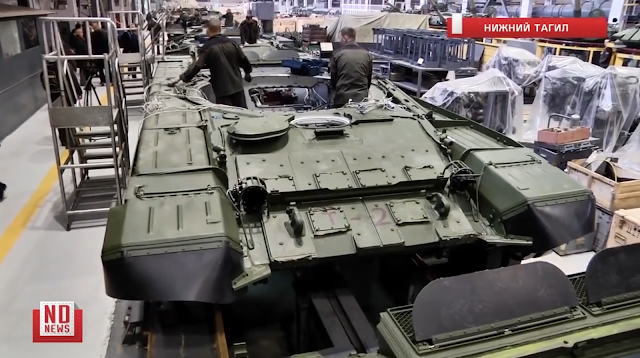 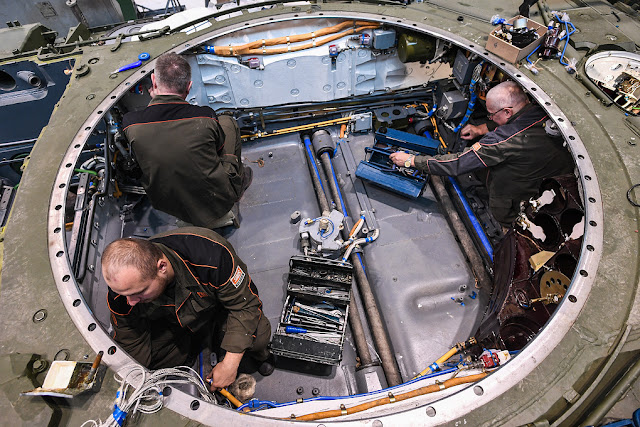 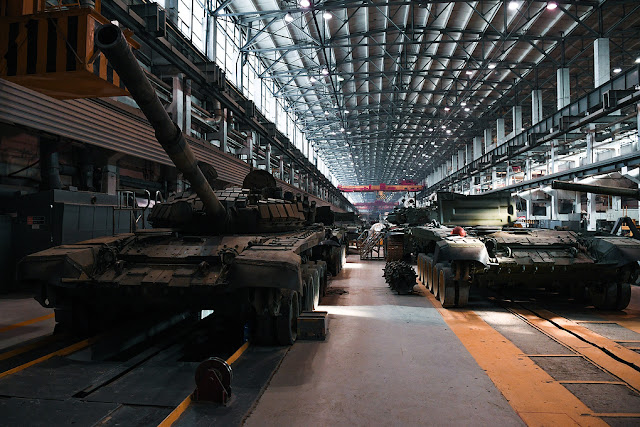 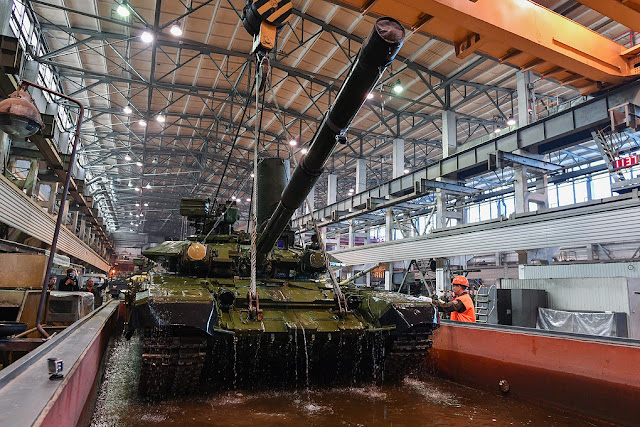 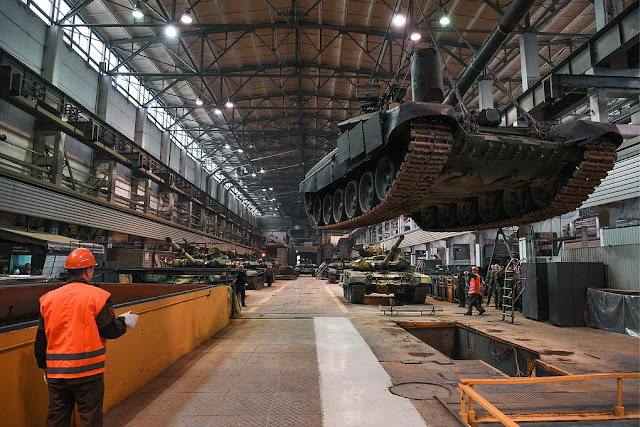 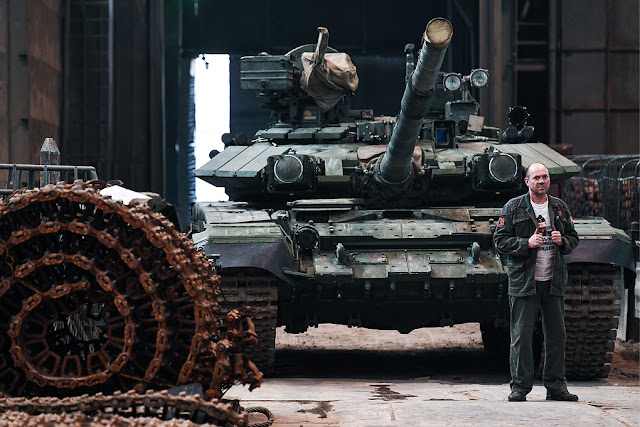 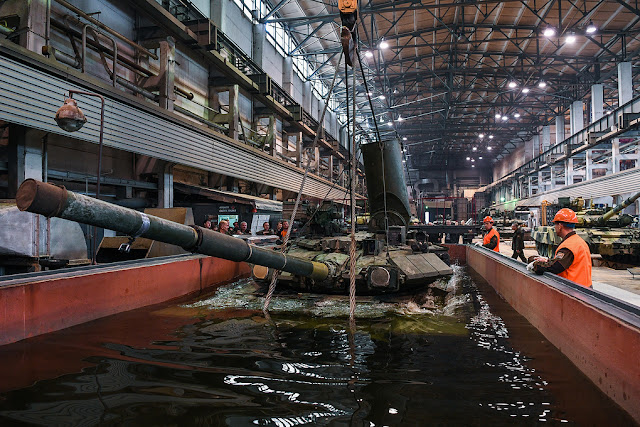 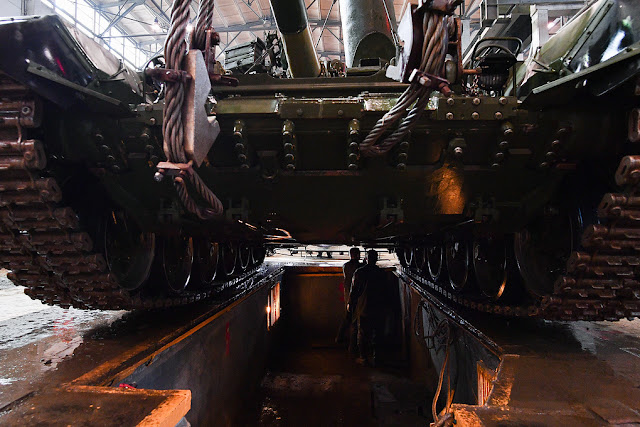 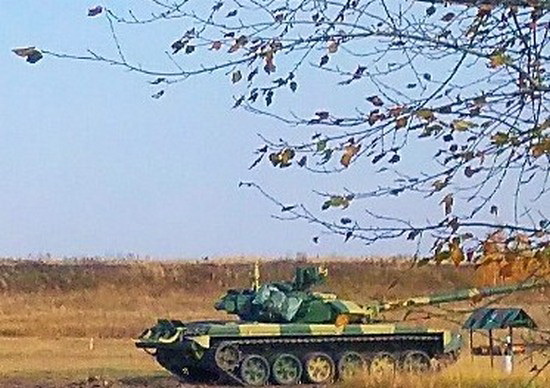 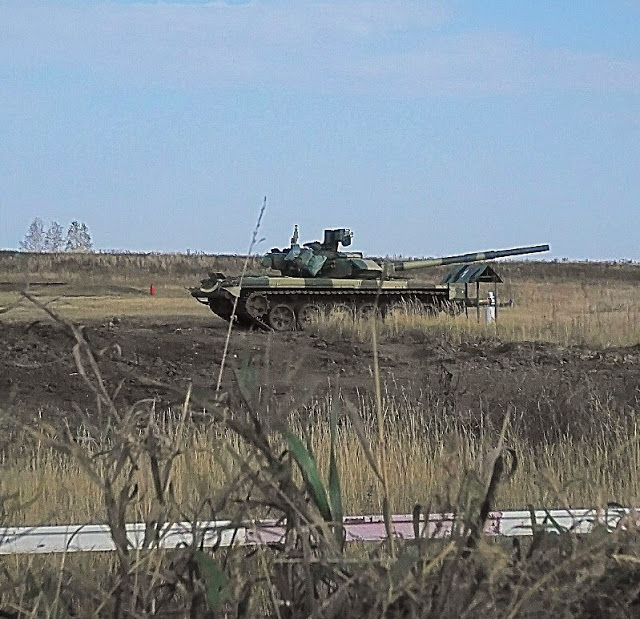 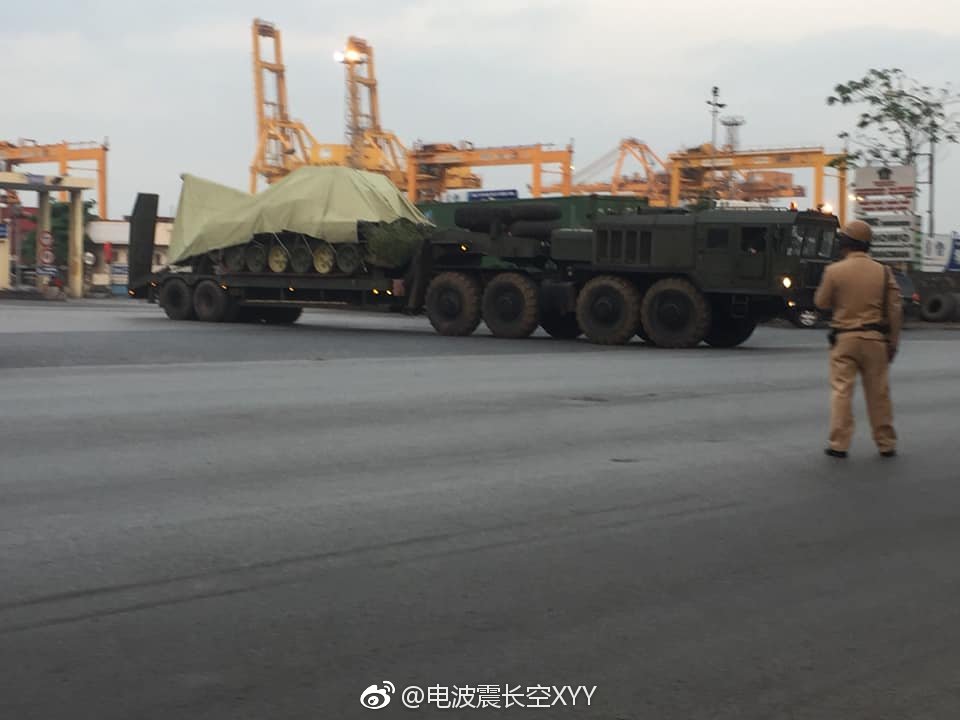 According to the Vietnamese resource baodatviet.vn, the Vietnam People’s Army (VNA) received from Russia a new large batch of KamAZ military trucks in the KamAZ-65224 and KamAZ-43119 variants with a 6x6 wheel arrangement. 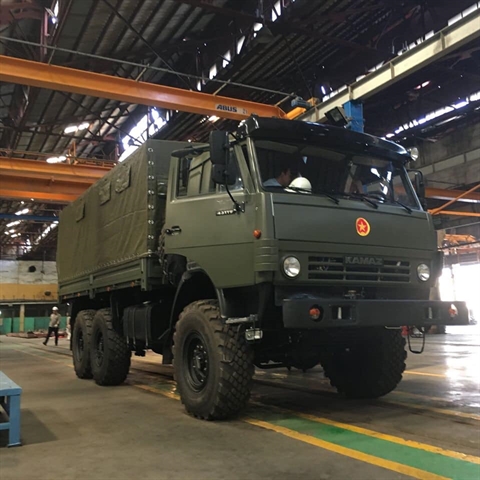 Rob Lee
@RALee85
·
1h
Two OPK sources tell Vedomosti that Vietnam signed a contract for at least 12 Yak-130 combat training aircraft worth more than $350 million in 2019 (becoming the 6th foreign customer), which might pave the way for a future Su-30SM or Su-35 contract.
d_taddei2

due to the climate Vietnam doesnt need masses of heavy MBT's i always thought T-55 was quite a good choice for them, but obviously limited even with upgrades. Maybe a mix of BMPT, BMP-3 including BMP-3 versions armed with 57mm, would be a better choice, and possibly some 2S25 sprut-SD would be better, they could replace some of the chinese built tanks in service. ATGW vehicles would also be useful. light and medium weight tanks is likely what they need but problem is not many options available. Turkey and Indonesia joint developed the MMWT a medium weight tank armed with a 105mm gun and weight around 32-35 tons with reasonable protection. although in my opinion with weight around 35 tons i think it would have been better with a 125mm gun giving better firepower and would help streamline munitions stock and also have the ability to fire ATGW.
George1

According to the magazine Expert, in the article by Aleksey Khazbiev, “Hanoi wants a couple more Gepards”, the Vietnamese Navy is determined to buy a third pair of light frigates in Russia - this time equipped with Caliber supersonic missiles. These ships will cost Hanoi about $ 800 million. But the deal will only take place if the political leadership of Vietnam can persuade the Ukrainian authorities to allow the delivery of gas turbine engines to Russia, the production of which we have not been able to master.

George1 wrote:Vietnam is again negotiating the acquisition of a third pair of "Gepard" type frigates

According to the magazine Expert, in the article by Aleksey Khazbiev, “Hanoi wants a couple more Gepards”, the Vietnamese Navy is determined to buy a third pair of light frigates in Russia - this time equipped with Caliber supersonic missiles. These ships will cost Hanoi about $ 800 million. But the deal will only take place if the political leadership of Vietnam can persuade the Ukrainian authorities to allow the delivery of gas turbine engines to Russia, the production of which we have not been able to master.

I posted it this morning on the Russia Vietnam military cooperation thread...

400 million $ for a Gepard ?! I would never buy it for more than 100 million $, if not less. For such price they can get a brand new Grigorovitch with much better capabilities and real air def systems.
Sponsored content