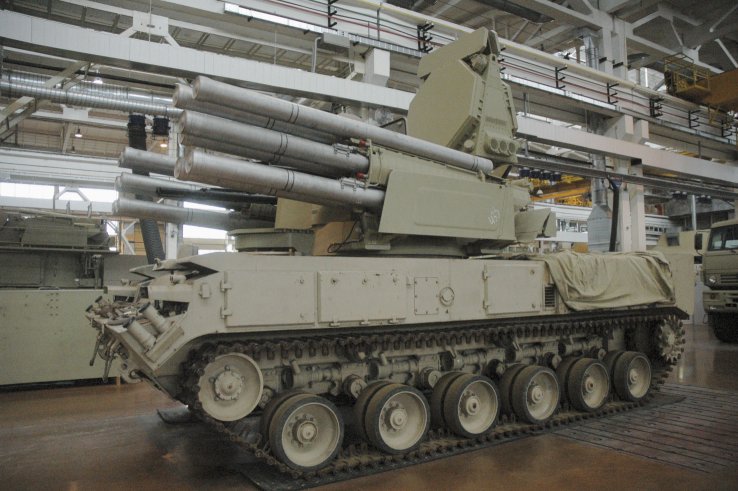 Track based Pantsyr for Arctic forces.

well Popov said that they'd previously made that integration for the UAE (hence desert cammo). However AFAIK the UAE vehicles don't have the JANUS radar. So this could be an updated prototype? Would the Russian Army really want this though? they already have TUNGUSKA and TOR on tracked chassis.
Morpheus Eberhardt

Track based Pantsyr for Arctic forces.

The ground forces Pantsir' is tracked, not just those for the arctics.

Any use of the truck-mounted Pantsir' in the ground troops would be under a contingency based if at all.
collegeboy16

sheytanelkebir wrote:well Popov said  that they'd previously made that integration for the UAE (hence desert cammo). However AFAIK the UAE vehicles don't have the JANUS radar. So this could be an updated prototype? Would the Russian Army really want this though? they already have TUNGUSKA and TOR on tracked chassis.

Both Tor and Pancir inside SHORAD domain hold No.1 place in the World for its capabilities but both are a bit different systems though where they regard to each other have they

pluses and minuses. Because of the held competition between them both have corrected they flows up to a certain level but still both systems still distinc from each other.

In March this year at Ashuluk firing range, fulfilled one of the regular work of the Ministry of Defense. Multi-channel ZRPK "Pantsir" has once again shown that it's able to deal with any target. On this occassion, it had to deal with a complex group of targets, including for the first time it was necessary to destroy a high-speed ballistic target.

Pics from the test, including a Pantsir with Janus radar 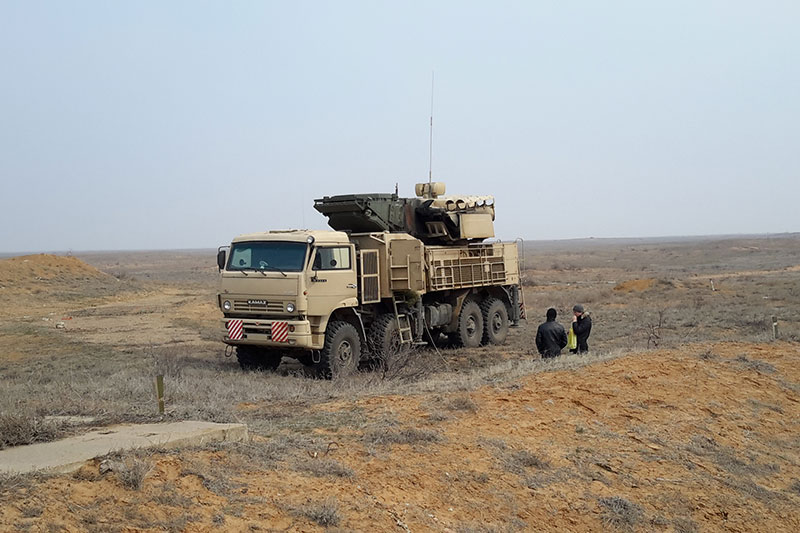 Some unknown to me target drones 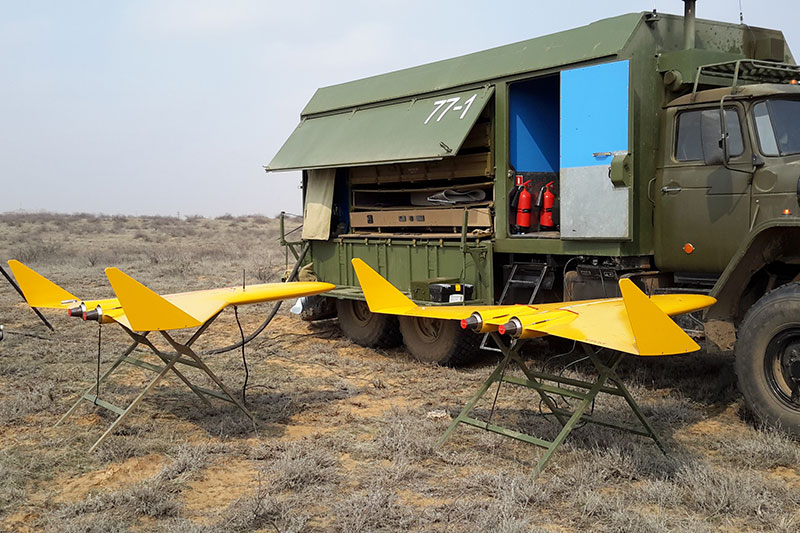 Very unusual drones there... they appear to be jet propelled, which is unusual for russian small drones in itself... the long nose and slim profile suggest high speed... small RCS.
magnumcromagnon

Cool footage of the KBP Tula plant where Pantsir's are being assembled. At '1:37' you see the Pantsir modules being attached to MAN military trucks, it's interesting because that's a  German truck brand, and combined with the tan color of the truck, it's likely those are slated for the UAE, because MAN has joint production ventures in the UAE:

Future equipment will be compatible with various types of data transmission means depending on specific conditions: radio waves, wire, optical fiber lines and their combinations

"In this new product of the Sozvezdiye concern the parts and components will be renewed and upgraded in line with the import substitution policy requirements and a number of the system’s parameters improved. The range and data processing capabilities will be enhanced, types of modulation and algorithms of adaptation to jamming will be updated. Also, there will emerge special options for transmitting brief messages and video data," the source said.

Future equipment will be compatible with various types of data transmission means depending on specific conditions: radio waves, wire, optical fiber lines and their combinations.

"The system will automatically identify any communications disruptions in the channel and will be able to restore lost contact without operator interference. The high degree of automation will enable personnel to focus on combat tasks without being distracted to communication process technicalities," the source said.

Earlier, the head of the Vysokotochnyie Kompleksy (High Precision Complexes) holding company, Alexander Denisov, said the Russian armed forces would have the Pantsir-SM complex at the end of 2016, early 2017 at the latest. The system will be armed with a new high-speed missile already tested at the Ashuluk test site.

Pantsir-S1 was developed in 1994 for providing protection to small ground facilities from air strikes. It has been exported to a number of countries, such as Iraq, and the United Arab Emirates. Talks are in progress on their sale to Brazil.
Viktor 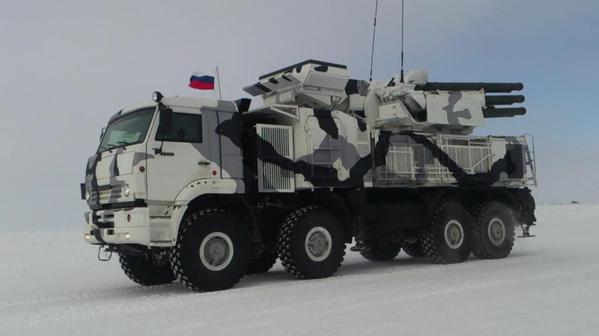 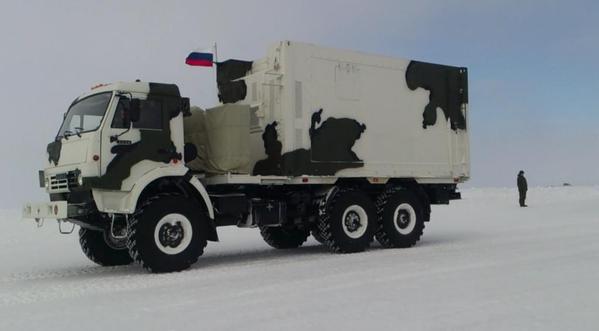 From what i am aware one among other advantages of tracked platform over wheeled is that you can use cannons while on the move.
GunshipDemocracy

"Shells" was struck by an unmanned aerial vehicle, according to the plan of the exercises, covering a column of imaginary enemy on the March


The Ashuluk training /Astrakhan oblast/, September 10. / TASS/. Upgraded anti-aircraft missile and gun complex "Pantsir-S 2" used during large-scale exercises of the United air defense system of the CIS "Combat Commonwealth - 2015". This was announced on 10 September, the journalists, the commander of the defence forces and Deputy commander of the aerospace defence forces (RSF) of Russia General-Lieutenant Victor Humenny.

Earlier it was reported that complexes "Pantsir-S 2" should arrive on arms of the Russian army this year.
"The difference between today's "Commonwealth", perhaps, is that here is a whole series of anti-aircraft missile systems WITH-PC, upgraded WITH-PM, well-known, well-proven s-400, "Shell-C" and modified "Shell-C2", said humenny.
According to him, "Shells" struck an unmanned aerial vehicle, according to the plan of the exercises, covering a column of imaginary enemy on the March.
Military of Tajikistan and Kyrgyzstan, said the General, working with complex "Pechora". "Despite the fact that they don't have the armament of this complex, but in the future they will change reliable, but has already served many years With-125 as a time to "Pechora". Calculations were trained directly at the Ashuluk firing range, worked well in training," said Deputy commander.
Also added humenny, the doctrines used a variety of targets from low-altitude, flying at extremely low altitudes, to ballistic, against which involved systems s-400.
Exercises "Combat Commonwealth - 2015" held at the Ashuluk firing ranges near Astrakhan and Sary-Shagan in Kazakhstan. Are involved about 4 thousand soldiers, about 100 combat aircraft and more than a dozen different anti-aircraft missile systems and complexes. On the territory of Russia were involved in the military of the Russian Federation, Armenia, Belarus, Kyrgyzstan and Tajikistan, whereas the strength of the air force and air defense forces of Kazakhstan fulfill tasks on the ground in their country. The main episode of the active phase of the maneuvers held from 7 to 10 September.

MOSCOW, October 19. /TASS/. The Pantsir-S1 air defense missile-gun complex vehicle that has overturned on a road near the Russian Black Sea resort city of Sochi was trying to avoid a collision with a car. The vehicle left the incident scene on its own, the press service of the Southern Military District reported on Monday.

A Russian Defense Ministry source previously reported the incident with the antiaircraft missile-gun defense system. According to him, the combat vehicle that carried no live ammunition overturned near the Chemitokvadzhe settlement. The Southern Military District press service said that the incident had occurred on October 17.

"The driver of the wheeled all-terrain vehicle with the Pantsir-S1 complex that was on a march within air defense units of the Southern Military District made every possible effort to avoid a collision with a civilian car that crossed into the oncoming lane," says the statement received by TASS.

As a result of an abrupt maneuver, the combat vehicle "tipped over onto its side."

"Nobody was hurt in the incident. The system’s armament and equipment were not damaged. The vehicle was promptly put back on its wheels by a repair unit and was able to continue its movement," the press service reported.

The Pantsir-S1 (NATO reporting name SA-22 Greyhound), is a short-to-medium range gun-missile system combining a wheeled vehicle mounting a fire-control radar and electro-optical sensor, two 30-mm cannons and up to 12 57E6 radio-command guided short-range missiles. The system is designed to acquire a variety of targets flying at altitudes from five metres to 10 kilometres and at the range from 200 metres to 20 kilometers.

According to spokesman for the Russian Defense Ministry’s Eastern Military District, the personnel of a surface-to-air missile regiment located in the Kamchatka Peninsula in the Russian Far East will undergo special training to master advanced Pantsir-S air defense systems.

"Over 30 people will learn the operating procedure and combat use of the new weapons systems. The conversion course will take 2 months. After the first stream, another group of military personnel from the same regiment will start the course," Capt. 1st Rank Roman Martov said.

During the training course, experts will examine the configuration of new weapons, the rules of their operation in various climatic conditions, including the Far North, maintenance and repair of the new anti-aircraft missile systems.

"The Pantsir-S anti-aircraft missile and gun complexes will be deployed to protect the borders of north-eastern Russia together with battalions of S-400 Triumf [missile defense systems]," the spokesman added.

The Pantsir-S (SA-22 Greyhound) is a Russian short-to-medium range surface-to-air missile and anti-aircraft artillery weapon system, which first entered service in 2012 and will gradually replace the Tunguska self-propelled anti-aircraft weapon.

Russia is currently undergoing a $325-billion rearmament program to modernize 70-percent of its military's weaponry by 2020.

Nice write up about Pantsir-S1, and a nice little-known fact is that the crew cabin is armored to STANAG level 5 for crew safety:


Now if they could only put the Pantsir on a BAZ chassis..
Guest


Now if they could only put the Pantsir on a BAZ chassis..

Why they wouldnt be able to? BAZ 69092 is more than capable for that. 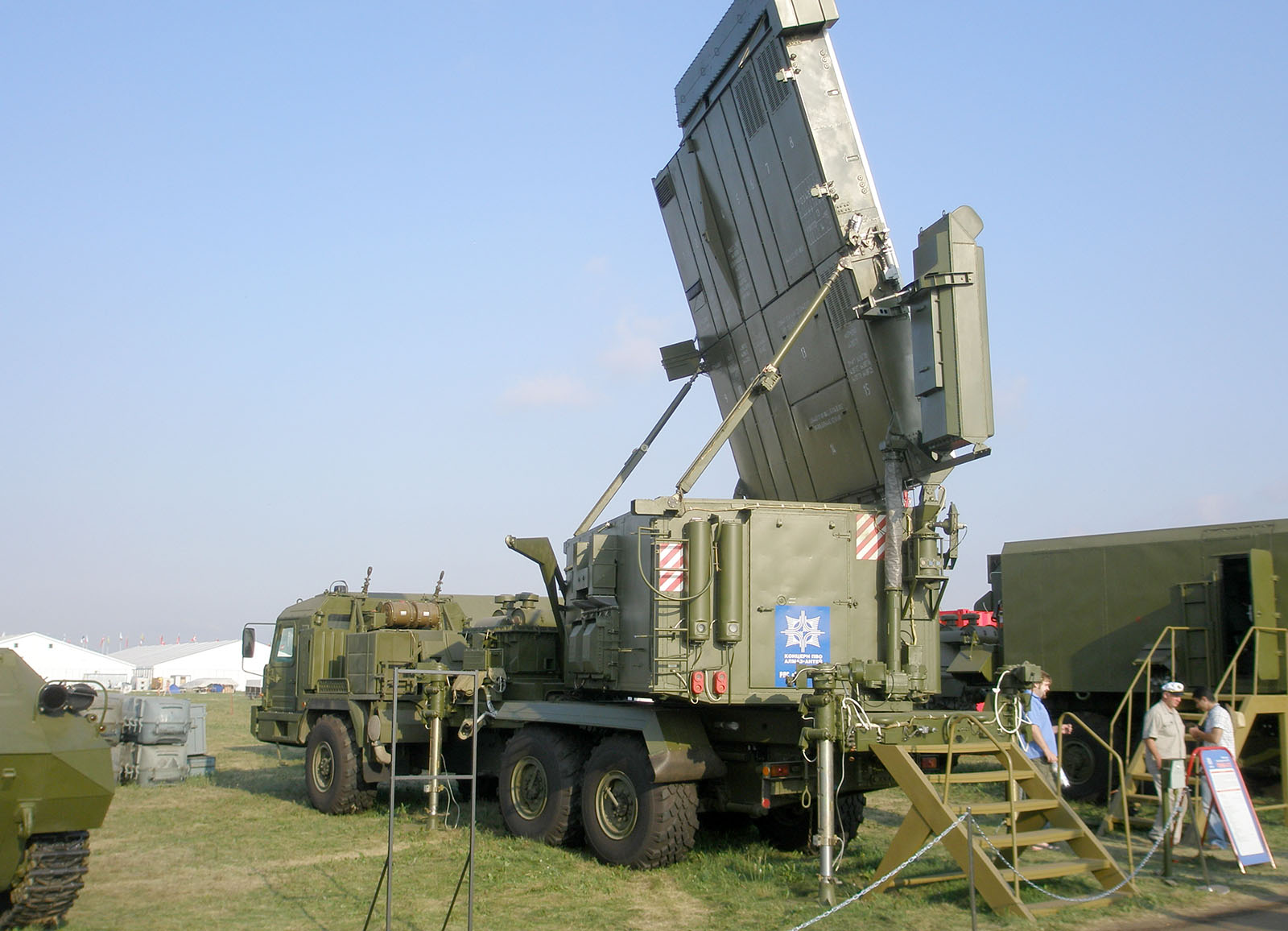 They are towing alot of stuff in Russian army anyways.
Cyberspec

It's already been tried a few years ago... 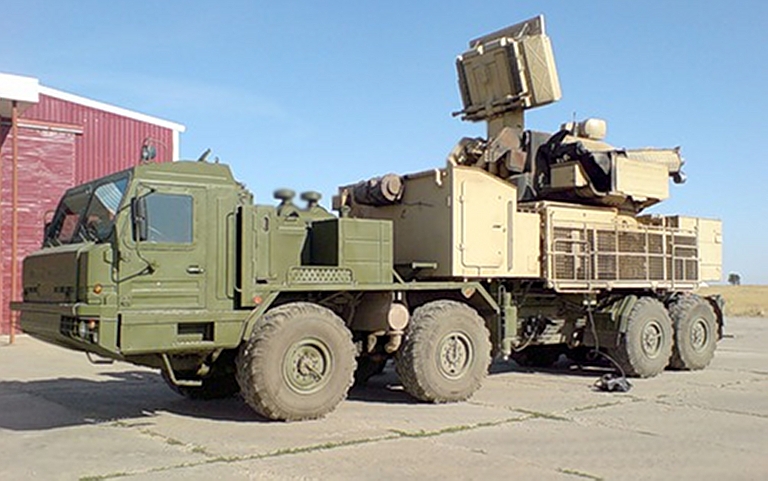 True. But Pantsir is made by KBP from Tula, a competitor to Almaz-Antei, so there is a better chance to see Tor-M2KM on BAZ than Pantsir. On the other hand it also depend on customer. If VKO is OK with Pantsir on Kamaz truck, than no need to change it.
max steel

Kamaz makes some decent (cheap) stuff, but they have tried to barge their way into providing trucks for every branch of the armed forces, even when their their offerings are inadequate or need years of work to catch up to other offerings. Why? Management has good ties to people in the right places. 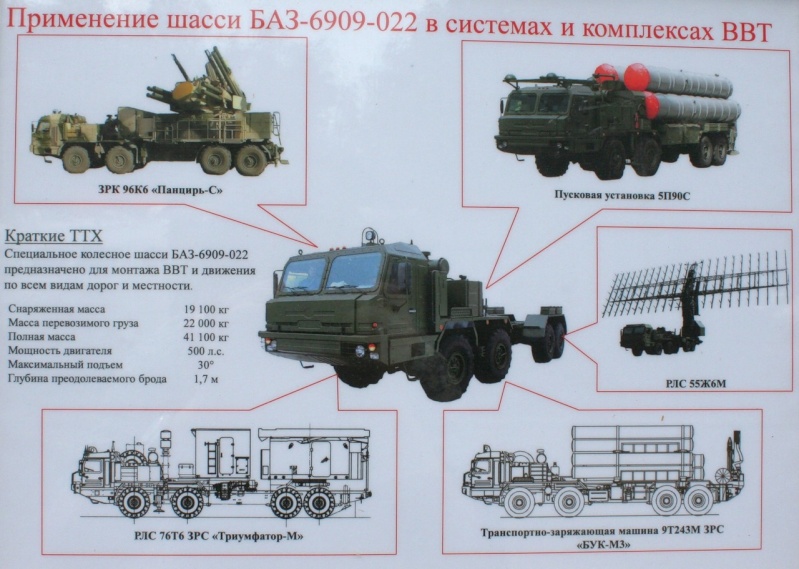 And what, I pray ask, is your sources for such a claim?
Cyberspec

Copy-Paste from some other forum probably
OminousSpudd

Kamaz makes some decent (cheap) stuff, but they have tried to barge their way into providing trucks for every branch of the armed forces, even when their their offerings are inadequate or need years of work to catch up to other offerings. Why? Management has good ties to people in the right places.

I doubt that. This isn't the US.
Sponsored content