Pushing the Mi-8 to it's limits. Not sure what Airforce this is


video from China showing different perspective of the MiG-29OVT

Russia's warplanes remain among the most advanced in the world, both capable of striking targets on the ground and engaging in aerial combat. Sukoi and MiG planes not only constitute the staples of Russian air power but have been used by militaries around the globe. At an airbase in Lipetsk, RT looks into the men and hardware that make up Russia's air force.

Building the SU-27 : The Best Fighter Jet in the World (Full Documentary)

Su-35 has the same agility as the MiG-29OVT.  Both have thrust vectoring capability.

nice music at the end

Victory Day parade in 2015 in Moscow

Don't really know where to put this but here goes.

The Su-24 seems to be really attracted to the USS Donald Cook. First there was that business in the Black Sea, now the destroyer has moved to the Baltic it was clearly 'lets say hello' time again.

This is one of the stills and a couple of the videos from the link. Much more info there. 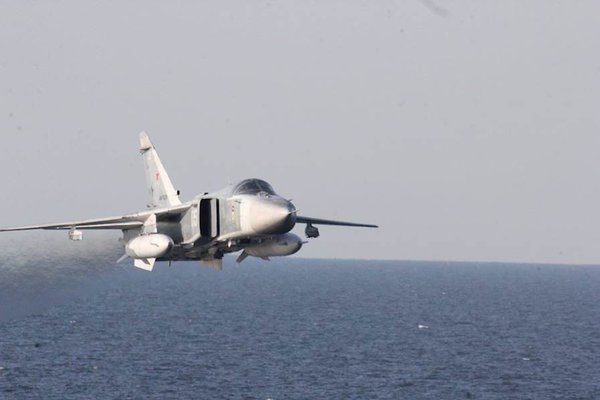 similar footage can be found here.