MOSCOW, June 24. /TASS/. Technology to convert air and Maritime unmanned ship in the center, established in Russia. This was reported by the technical Director of "Tiber", the developer of this system, Sergey Tyzik.


"To create the UAV for special applications is a long process, but the bearers of this class need today. We have developed a system that will allow us to create the drone of almost any type and purpose of operating a manned aircraft, helicopter or surface of the object," said Tyzik.
According to him, now there are a lot of aviation equipment with expired resource, for example, the Ka-26. "You can create drones and send to the North, where the helicopters could be used for the carriage of goods and so on. This is still our ambitious plans, but now, in principle, it is possible", - said the Agency interlocutor.


The developer of drones from "SKOLKOVO" has raised $500 thousand from I2BF Global Ventures
The same thing, according to Tezuka, applies to the marine component. "Take, for example, the edge cutter. Go on it into the sea in rough seas dangerous, so it is possible to install a system that will allow him to be in the sea without human intervention, that is Autonomous. The boat can be used in the normal mode with the team on Board at any time", he said.
Talking about principles of functioning of this system, the source said that under the control of the operator are taken all the mobile object system. "At the helm, rudder, flaps, brake, pitch, and so are the servos with feedback, which have so-called "stalling" link, and the pilot may, in case of contingency situation, sharp movement to break the mechanical connection between the servo of the autopilot and control the plane," said Tyzik.
According to him, the possibility of connecting to the avionics of the aircraft. "All meals onboard systems is monitored and controlled through the unit protection and switching. The same happens with the helicopter or the boat with slight variations", - said the Agency interlocutor. 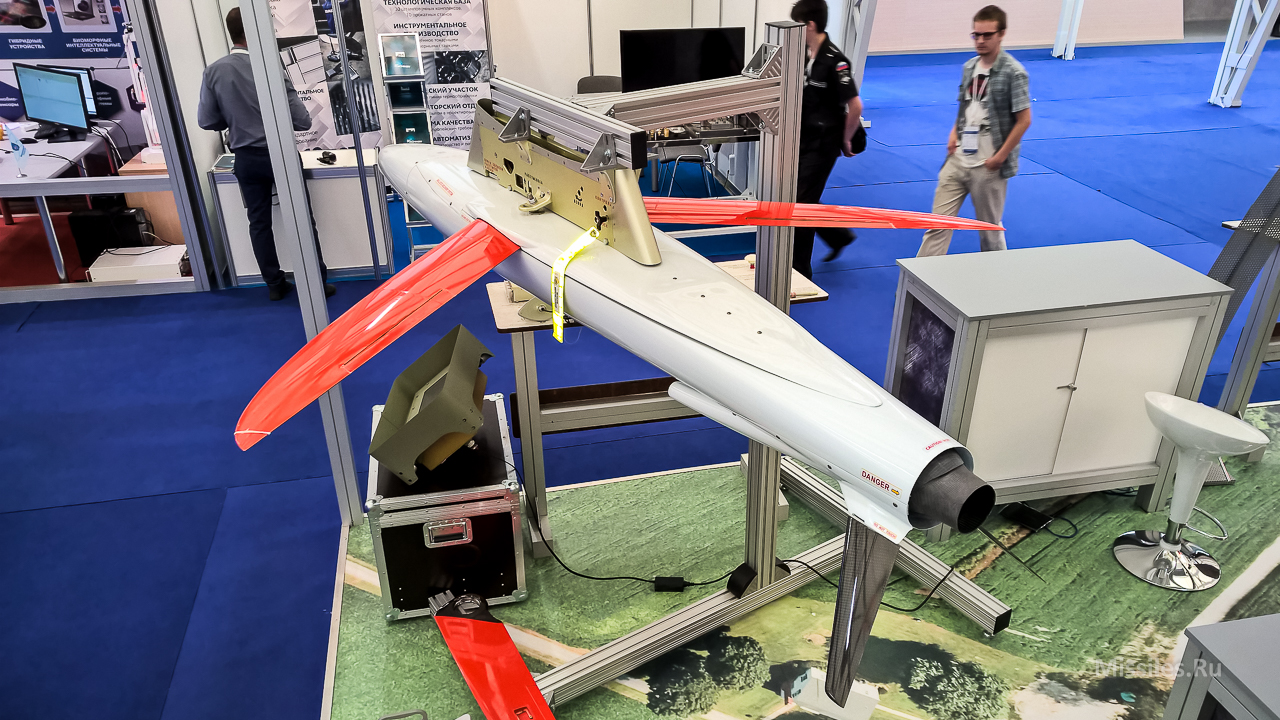 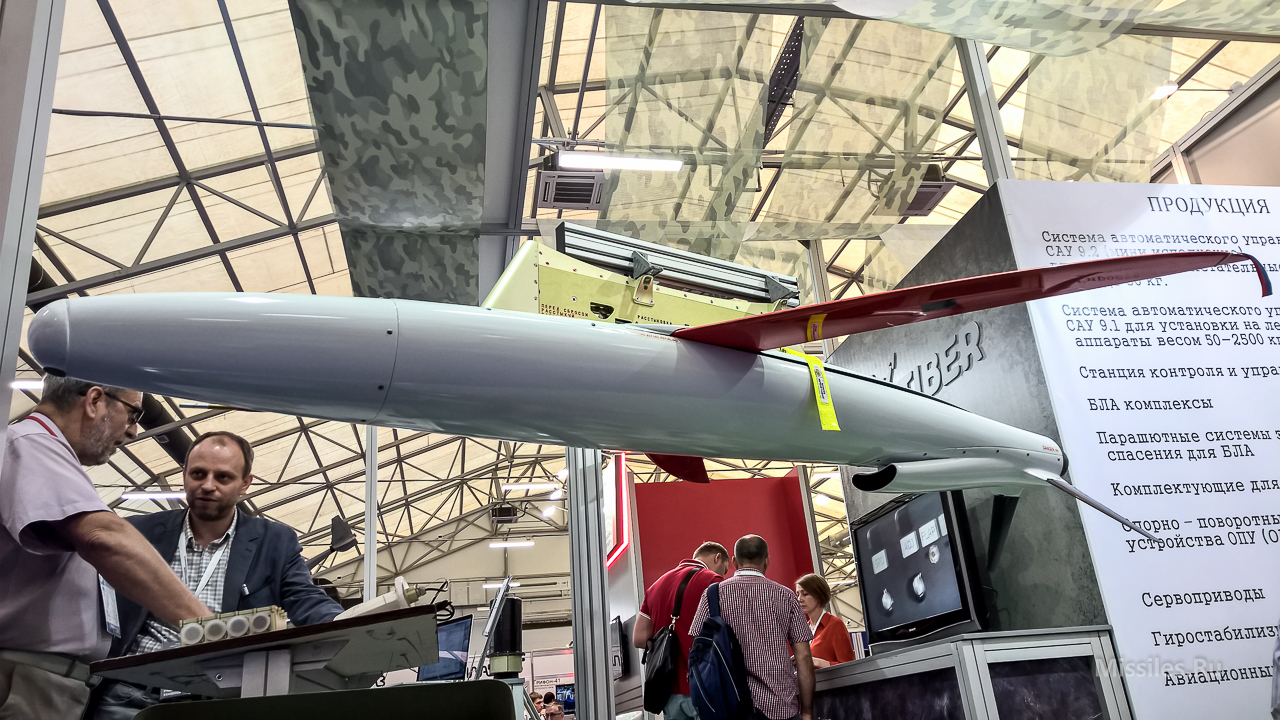 I guess this system is gonna be used from aircrafts as a pre-strike recon...
GunshipDemocracy

Flanky wrote:I guess this system is gonna be used from aircrafts as a pre-strike recon...

or to use hundreds of of a bit outdated planes when you have not enough pilots. You loose 3:1? 4:1? so what they lost pilots you old MiGs-29 from storage.
GarryB

I think he is talking about the strela design that looks very much like the western MALD... and looks to be carried by an aircraft pylon.

There are decoy rockets in 122mm calibre that can be carried on the Russian 122mm 5 shot rocket pod... this, I suspect is a larger, heavier version with better range and performance...

Some recent updates on Russian UAVs on this site: 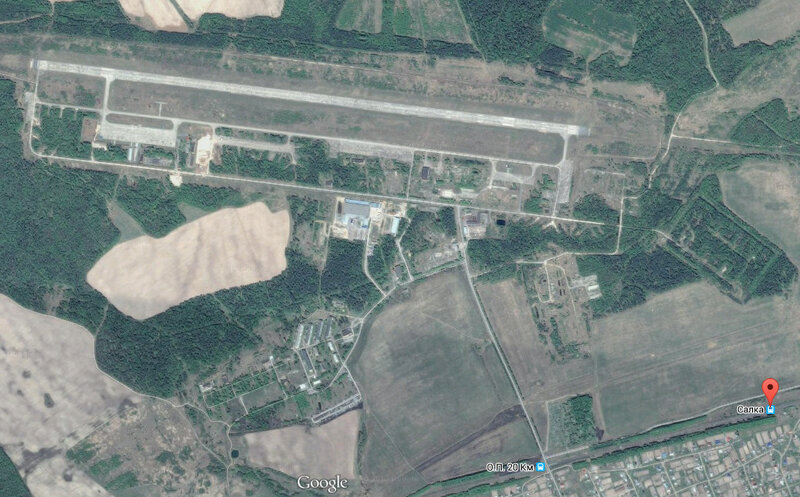 This was definitely built as a weapon first.

Most likely for small scale warfare.

Kudos to whoever posted the photo, Morpheus?

''New Russian Reconnaissance-Strike Drone to Be Unveiled at MAKS Airshow''

''New Russian Reconnaissance-Strike Drone to Be Unveiled at MAKS Airshow''


Now, any word on Altus UAV?

I hope it's going to be the real thing and not just a mock up?

What is the hurry?

If they had one in active service right now... where would they use it where all its capabilities are actually needed?

I am sure this will be a useful vehicle for them, but I rather think that a simplified export model might be of greater interest to Russias allies and customers... ie Syria, Iraq... even Libya, and other countries like Vietnam and Iran where a low cost unmanned patrol aircraft would be useful.

For Russia itself, a long range low cost drone would be a valuable addition to the Aerospace forces and the Army as well as other branches like the MVD and FSB.
GunshipDemocracy

Vladimir79 wrote:Negotiations on the production in Russia Israeli drone suspended

Vladimir79 wrote:Negotiations on the production in Russia Israeli drone suspended

Dude that news is from 5 years ago
PapaDragon 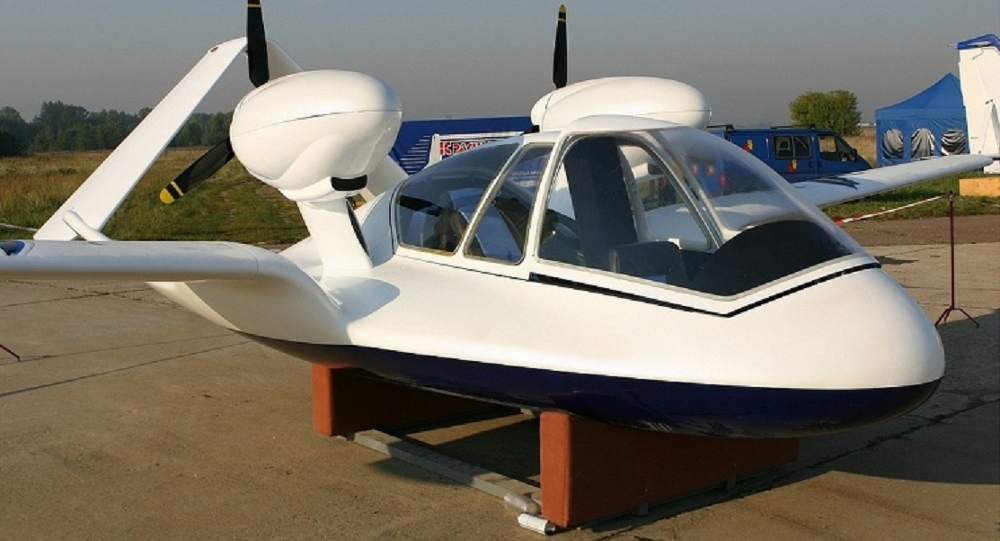 In all seriousness, I am glad it did not turn out to be a model.
GarryB

The fact that it is sitting on a support structure suggests it is a flying boat, not an amphibious aircraft.

(Flying boats only operate on water and have no wheels)
PapaDragon

GarryB wrote:The fact that it is sitting on a support structure suggests it is a flying boat, not an amphibious aircraft.

(Flying boats only operate on water and have no wheels)

This UAV is actually aircraft/ hovercraft combo. It should be able to land on any surface. This is probably just a preview pic of first testbed, hence the supports....
Flanky

Never take anything journalists post at face value - thats what i have learned for all those years...
But im really looking forward to see what the strike / recon UAV will be... i just do hope it wont be a recon with a single pylon able to fly one 100 kg bomb...
They need MALE and HALE UAVS badly... and even to send them to Syria for battlefield experience...
mutantsushi

Figured I would quote this post from back in January, since it shows the inflated skirt (and general configuration) better...

The first full-length sample of reconnaissance and strike Russian hovercraft UAV “Chirok” is preparing for test flights, a source in the United instrument-making corporation (part of Rostec) said.
“Last year the layout of “Chirok” was presented at the scale of 1:5, and now the full-scale model is ready with the wingspan of ten meters. Now the “Chirok” is brought to the mind and is preparing for the flight tests,” the source said to TASS.
We recall that innovative unmanned aerial vehicle “Chirok” has been presented in July last year at the international exhibition of technologies “Innoprom”. It is noted that the device has no analogues in the world; the hovercraft drones are not commercially available.

MOSCOW, January 23 (Sputnik) — The Russian United Instrument Corporation (UIC) has constructed two prototype versions of reconnaissance and strike drones, code-named "Chirok," and is currently preparing them for tests, a source at UIC told RIA Novosti Friday.
The source explained that currently there are three models of reconnaissance and strike drones (RSD) "Chirok." One of these is a mock-up copy, two others are full-sized models with a payload weight limit of up to 300 kilograms. At the moment they are being prepared for flight tests, the source told RIA Novosti.
One of the full-size copies could be presented in summer 2015 during the International Aviation and Space Salon (MAKS), in Zhukovsky city, in the Moscow Region, the source said.
RSD Chirok was developed by the Moscow Research Radio Engineering Institute. The maximum takeoff weight of the drone is 700 kilograms. The drone can rise to a height of 6,000 meters (approximately 19,600 feet), and has a range of up to 2,500 kilometers (approximately 1,550 miles). Chirok can carry weapons inside the fuselage, improving aerodynamics and stealth characteristics.

OK, some fresh details and explanations on Chirok (from Sputnik Serbia of all places

-project restarted recently by Rostec as UAV and manned crafts

This will not be premier recon/strike UAV for VVS, that job will be handled by Altus, but Army would definitely be interested in this because they can use in anywhere/anytime since it does not need runway at all.
Any hard or liquid surface will do the job.

the hovercraft undercarriage suggests a more tactical role than a strategic or long range recon role.

I rather suspect it will use its 300kg payload capacity to fly ammo and fuel and weapons and food to front line units or isolated fire bases... with the capacity to fly out wounded or individuals in an emergency.

think of those hill top bases in afghanistan that were supplied by Mi-17 helicopters to deliver mail and fuel and ammo and bring in and take out the odd soldier when needed.

Of course a large flat open area would allow it to land and take off easily which is not common on a hill top, but flat ground below the position or a plateau could be used for such a purpose... and of course on a big flat open plain it wont be a problem.


They need MALE and HALE UAVS badly... and even to send them to Syria for battlefield experience...

I don't think Russias need is urgent for such an aircraft, but in Syria and Iraq such platforms would be valuable to the fight against ISIS, and both the Russian developers and Russian military would learn a lot an the local forces would benefit greatly too.

I hope it is not just UAVs that are being developed and customised weapons are being created... the Krisantema for instance is already in the field in Libya if not in Syria and Iraq and would be a useful weapon from a high altitude launch if the optics were upgraded to allow for extra long range use.

Equally a 50kg guided bomb will localise damage to a much smaller area so point targets can be hit without fear of harming non combatants and third parties.

I would add low flying drones to the mix... give them light armament like a MG with lots of ammo and armour protection and have them fly low over the battlefield drawing fire from the enemy forces to expose enemy positions. Lots will be shot down and they should be simple cheap models that are totally expendible... even with a small HE charge to destroy remaining ammo and the PKM gun mount if shot down so the enemy does not benefit. They can waste their MANPADS on them too.

Higher flying UCAVs that will be much larger can find the threats and deal with them using 50kg or even 20kg or 10kg guided bombs... or even based on existing cluster bomb munitions like the 2.5kg OAB-2.5PT fragmentation munition or the 50kg OFAB-50UD HE fragmentation munition, plus non wire guided anti tank missiles like Shturm, Ataka, Krisantema, and Kornet would have accuracy and speed to arrive without warning and hit small stationary and moving targets. the option for HE and HEAT warheads means hard and soft targets can be engaged efficiently from standoff range.

the low flying drones could have a fibre optic mesh embedded in its outer skin so impacts by bullets can be measured via their impact points and exit points along with the position of the drone and its orientation to pin point the origin of the ground fire to locate threats on the ground.
PapaDragon

Which one? Diesel fuel?

What is your question/confusion re: diesel fuel?

Which drone will they display?

Diesel fuel in aircraft is not really usual AFAIK so I'm bit confused about it.
Sponsored content