Wiki wrote:In 1936 the Soviet Union made abortion illegal again, stemming largely from concerns about population growth. The law that outlawed abortion did not only do just that, but rather contained several different decrees. The official title of the law was, “Decree on the Prohibition of Abortions, the Improvement of Material Aid to Women in Childbirth, the Establishment of State Assistance to Parents of Large Families, and the Extension of the Network of Lying-in Homes, Nursery schools and Kindergartens, the Tightening-up of Criminal Punishment for the Non-payment of Alimony, and on Certain Modifications in Divorce Legislation.” All of this was part of the Soviet initiative to encourage population growth, as well as place a stronger emphasis on the importance of the family unit to communism.[16]

This decree provoked resentment and opposition among urban women arguing that it was often impossible to have a child when they were trying to further their "Careers". <-

AlfaT8 wrote:Women are de-facto less capable than Men, both fiscally and mentally...

Looking at the abortion numbers across the West, i am gonna have to say No, they aren't capable of even that.

AlfaT8 wrote:You need goddamn pressure on them, if not you will never see birth rates go up, if you cant grasp that then keep believing in unicorns....

When will your country start implementing measures you are suggesting?

Yea, we went down the "import migrants" solution, luckily they're not Islamic, but they brought their serious drug problems with them.
At the very least our police are hella more competent, than those fools in Britain.

Never, my home is a lost cause, we keep voting for stronger borders, but the other side just gets stronger every few years, because a certain party just keeps importing more "voters".

This is mostly thanks to our Black community who keeps flipping every election, they are totally indecisive.


Remember that change starts with you!


“Be the change that you wish to see in the world.” -  Mahatma Gandhi

Sorta right, so i have decided to stay the hell away from Women, because i don't wanna get Financially raped, Career destroyed (by false allegation) or actually raped in prison (by some other false accusation).

Until either laws seriously change or everything burns to the point where i don't have to worry about the Law or have enough money to live somewhere where these laws don't exist, i am gonna stay the hell away.
Somethings gotta give, the decline won't stop, luckily things are happening sooner then expected, so we will see.
Until then, F Women and F Western society.
kvs

In fact, the graph shows a surge in birthrates during the 1930s (must be the Holodomor "Holocaust", LOL) and a substantial
recovery after WWII to levels never seen after 1953. The graph also shows that WWII reset TFR to lower levels in Russia
and thus accelerated the decline. So the Nazis not only killed/murdered 27 million Soviet citizens, they also killed the TFR
on top of the lost births from the dead civilians. In other words a cubic negative impact on the from the war and urbanization.
AlfaT8

In fact, the graph shows a surge in birthrates during the 1930s (must be the Holodomor "Holocaust", LOL) and a substantial
recovery after WWII to levels never seen after 1953.   The graph also shows that WWII reset TFR to lower levels in Russia
and thus accelerated the decline.   So the Nazis not only killed/murdered 27 million Soviet citizens, they also killed the TFR
on top of the lost births from the dead civilians.   In other words a cubic negative impact on the from the war and urbanization.

The mid 1930s is when Stalin placed his abortion ban, so that explains that.
The TFR was in decline anyway, the Nazi's simply accelerated things, to a very great degree.
A yes Urbanization again, i guess the continues decline after the war is about that, can't be Women, no it can never be Women, can it.

At the end of the day, Women aren't having the Babies, because the Soviets and Us today gave women access to education and Careers.
Pushing Men out of higher education and lowering wages by over-saturating the Labor market.
Throwing Welfare at the problem doesn't have any good track record of resolving this, quite the opposite.
And hoping for unicorns is a waste of time.
I can only hope that Russia figures these things out and not follow the West into the Gynocentric Highway to Hell, that the West paved.
kvs

After 1990 the number of Russian females in STEM type jobs has collapsed, reflecting their true aptitude and not state
generated hiring quotas. So Russia at least approached reality in this aspect. But pro-feminist policies have survived
the collapse of communism and we have the same "poor little mommy and her babies" BS in the legal system.

1) Alimony should be made illegal. No female "earns" any standard of living just by hooking up with a man. It is
a total non sequitur and extortion of the man's money.

2) Child support is a scam also since the woman gets 100% custody just because she has the tits and vagina. There
is no evidence that mothers are special and this is demonstrated by all the pathologies of single-mother families.
So child custody should be 50/50 together with the child support burden. If one of the parents can't handle the child
support and is abusive to the children, then the other parent gets custody. The fact that such an obviously
optimal solution is not applied in the law tells you all you need to know about its Kafkaesque nature.

As for urbanization, you an pooh-pooh it all you want. But that is just your ignorance. Even if the women were
forced to have babies in urban environments, the economics of having children would still be negative. You like
to blame the problem on women but the reality is that the men do not want to have many children since they
are an immense financial burden. This is in total contrast to old-time agrarian environments where children
were economic assets.

Ohh look, it's like clockwork, Russia a country with majority Women has a fertility problem (duh) and now we have fools recommending the "Immigration Solution", which will without a shadow of a doubt Destroy the Russian state in it's entirety, Muscovites are going to be a minority in their very capitol within 50yr or so.

And all this because Women no longer have to rely on Men, because they can just "Vote" for the State to take care of them, Women's empowerment right guys, y'all feel good about your high morals as those Morals lead to your very destruction. 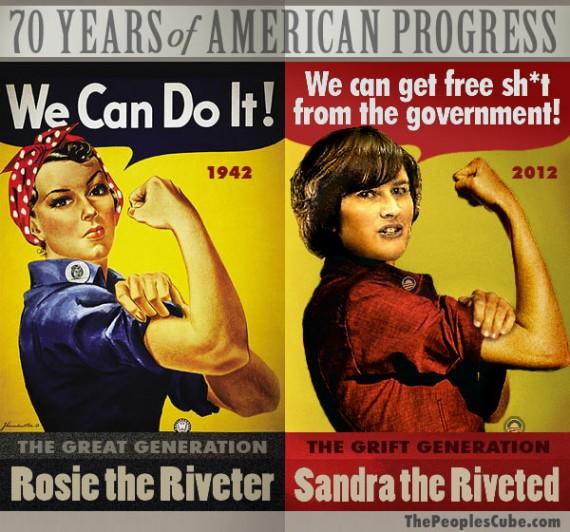 A few decades before that, Ukraine, Belarus & N. Kazakhstan will add ~40-50M as they'll become 1 Federation or Commonwealth.

A ew decades before that, Ukraine, Belarus & N. Kazakhstan will add ~40-50M as they'll become 1 Federation or Commonwealth.

People are such morons.  We have all sorts of climate change deniers BSing everyone that "you can't forecast the weather in 2100".
Actually climate GCMs are used to produce ensembles of simulations which give a range of accessible climate states subject to
radiatively active gas burdens, albedo changes, etc.   So they are about determining the probability distribution functions of the
energetics of the ocean-atmosphere-land system which then constrains the potential weather states.   No climate GCM is used
to forecast future weather.

But when it comes to the population of Russia we have moronic garbage in garbage out estimates of its population dynamics
out to 2100.   It really is like trying to predict the weather in 2100.    All of the crop of Russian population models trotted out over
the last 20+ years have been dead wrong.   All of them, reflecting the opinions and agendas of their makers, grossly
overestimate the mortality and grossly underestimate the TFR.

The mere invocation of Covid-19 as a factor for Russia's population in 2100 (and 2021 for that matter) is proof of the propaganda
nature of such studies.   Russia has one of the lowest Covid-19 mortality numbers, period.   This on top of the fact that Covid-19
attacks primarily the elderly.   Some TFR and Covid-19 link is only being pulled out of the ass when forecasting Russia's population.
I have not seen it invoked anywhere else.