Well I guess that for counties that are under pressure of " invisible hand of market" clenched info US fist or Russofobia is a mainstream news since 89 Puma will be obvious choice - not based on technical features.

For longtime Russian customers - due to costs of retraining crews and logistics Puma has no advantage. Now question to countries which can be to some degree independent in choice? are there such

General Director of "Helicopters of Russia" Alexander Mikheyev said that on the basis of a military helicopter Arctic will be established civilian version.

"Resulting in the development, production and testing of the Mi-8AMTSh ISLANDS technological advance for the use of the machine in the Far North will be used to create a civilian version of the Arctic helicopter. This version of the helicopter is needed as the subjects of the Russian Federation to create the transport infrastructure in the northern regions, and oil and gas companies for offshore projects, "- said Mikheyev, who was quoted by the press service of the holding.

As noted in the holding company, is currently interest in this type of helicopter, in addition to the Ministry of Defense, exhibit and other Russian power structures.

The first Arctic helicopter was designed to work in the northern regions of the country at a temperature below minus 40 degrees. The range of its flight with an optional fuel tanks of more than 1.3 thousand kilometers.

To improve the effectiveness of piloting and navigation accuracy of the helicopter in conditions maloorientirnoy areas and the arctic polar night allows a digital autopilot and some navigation systems, in particular, redundant satellite, and digital navigation system with built-in generator cards and strapdown inertial system that allows to determine the current position coordinates of the helicopter without satellite signals.

The helicopter installed surveillance system to monitor the traffic situation in low visibility of the location of other aircraft and search finder to search for people in distress and technology. Mi-8AMTSh ISLANDS adapted for the use of night vision goggles, as well as a special equipment, including heating food and water.

The contract to supply helicopters for the Arctic Group of Russian Forces was signed with the Ministry of Defense in February 2015 and marks the Ulan-Ude Aviation Plant, along with long-term contract for the supply of helicopters to 2020. The following MI-8AMTSh-VA will be delivered as part of defense contracts since 2016.
Guest

"The United States lifted the sanctions against Russian arms exporter Rosoboronexport’s contracts for servicing the Mil Mi-17 (NATO reporting name: Hip) helicopters in Afghanistan, according to Thomas Countryman, US Assistant Secretary of State for International Security and Nonproliferation. US governmental weekly Federal Register has published Mr. Countryman-signed document to that effect on Wednesday, Nov. 25, 2015. The document notes that the US sanctions slapped on Rosoboronexport on September 2, 2015 have been lifted from the Russian company’s and its subsidiaries’ US-placed contracts "for spare parts, repair, official checkup and maintenance of the Mi-17 helicopters designed for assisting the Afghan security forces or for the global flight on terror and violent extremism." The decision to ease the sanctions on Rosoboronexport in terms of the Afghan Mi-17 maintenance contracts will have been in force for two years and may be extended, if the US secretary of state deems this necessary.

The United States introduced its sanctions against Rosoboronexport and several other Russian companies on September 2 this year under its domestic Iran, North Korea and Syria Nonproliferation Act. At the time, several other firms were hit by the sanctions too, these being the Instrument Design Bureau (KBP) in Tula, Novosibirsk-based night vision device and image intensifier manufacturer Katod, NPO Mashinostroyeniya in Reutov (Moscow Region) and airframer MiG in Moscow. 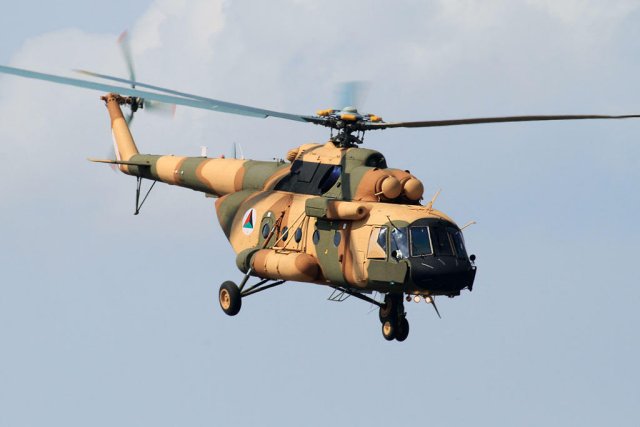 Under an agreement with the US Department of Defense, Russia has been supplying the Afghan National Army and security services with Mi-17V-5 helicopters for the past five years. The primary agreement was signed in 2011, and several supplementary contracts have followed since then. The agreement stipulated for the delivery of 63 Russian-built helicopters worth a total of $1.33 billion to Afghanistan."


Advanced Core For Engine Family
The hot part (engine core) of the PD-14 engine, Rogozin said, can be scaled up and form the basis for the creation of a whole family of engines. "This is PD-10 and PD-12V - the helicopter version of the engine that can replace the Ukrainian engine on the Mi-26 helicopter, as well as on the Russian-Chinese prospective helicopter," the official said. "And also a more powerful engine than the PD 14 - modernized for 15.5 tonnes of thrust. It can be used also for a larger version of our MS-21 aircraft."

The deputy prime minister said that in fact, a core engine that will, hopefully, have "a very long life’" has been created for the first time and it "will be used in the segment of 9 to 18 tonnes thrust."

A new batch of Mil Mi-8/17 transport helicopters has been supplied by the Russian Helicopters company under a Defense Ministry contract, it was announced in a corporate press release Wednesday.

MOSCOW (Sputnik) — The last batch of the Mil Mi-17 upgraded Mi-8MTV-5-1 model was supplied to the Russian Army in 2015, along with six Ansat-U helicopters.

"The Russian Helicopters holding has delivered another batch of military transport Mi-8MTV-5-1 helicopters to the Russian Defense Ministry's operating organizations, as well as supplying one Ansat-U [utility helicopter]. The helicopters have withstood all types of tests stipulated by the government contract and the terms of the technical documentation," the company said.

The Russian Defense Ministry is the largest client for Russian-built helicopters.

"Producing equipment for state defense orders and its timely supply to the client is a priority for Russian Helicopters," the company stated, adding that the Kazan Helicopter Plant, which produces the Ansat-U, is currently modernizing its production facilities in order to fulfill state orders for its helicopters.

The Mi-8MTV-5-1 is supplied to Russia’s military and law-enforcement agencies, and is designed to transport up to 4,000 kg of cargo and equipment. The helicopter can also fly search-and-rescue missions and carry out a number of specialized tasks.

The Ansat-U is a light training helicopter designed for effective military pilot training.

Russian Helicopters, a subsidiary of Oboronprom (part of Rostec corporation) is a global leader in the field of helicopter manufacture and the only developer and manufacturer of helicopters in Russia.

MOSCOW, May 19./TASS/. The Russian Defense Ministry will be the first to order new multipurpose Mi-38 helicopters produced by Kazan Helicopters (making part of Helicopters of Russia holding).

"The Defense Ministry together with Helicopters of Russia holding company have made the decision as to procedure and deadlines for supplies of Mi-38 helicopters to the Russian Aerospace Forces. The possibility of including certain parameters of helicopter supplies in the draft of a new arms program is looked into," the holding said.

When i told my officers this would be a great idea in case of prolonged war, they told me i am "overthinking it".

"Russian Helicopters, part of State Corporation Rostec, to showcase a mobile training simulator of the Mi-8MTV1 helicopter at KADEX military exhibition. The cutting-edge technology allows pilots to simulate flights in an environment close to reality.

The Mi-8MTV1 mobile special training simulator that unveils at KADEX-2016 has a cabin, which is a full-size mockup with a visual system and a unique motion system, as well as workstations for an instructor and an operator. The unit is mounted on a wheeled chassis, which allows to transport the system quickly without dismantling it. The Mi-8MTV1 simulator also has a self-contained electric power plant that can be used when there is no electricity. 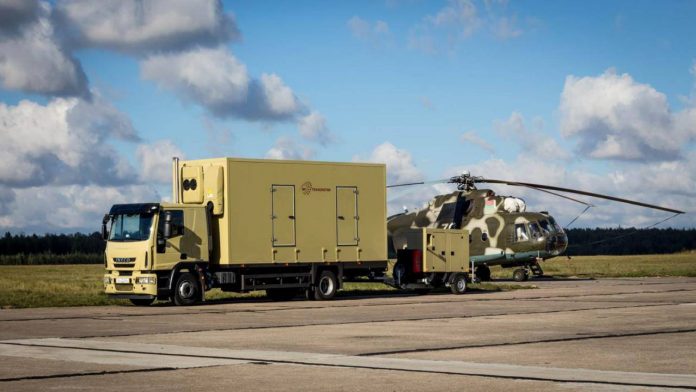 “The upgraded mobile special simulator allows to train pilots for around the clock flights, in any weather conditions, and for operating helicopters in emergency situations,” said VR-Technologies Design Bureau’s CEO Alexander Okhonko. The upgraded simulator has a more powerful computer system and a more advanced flight mission control interface, as well as a new motion system.

The simulator’s new visual system displays real-life and high-definition terrain images including such small details as local flora. In addition, the system allows to simulate flights over sea. And the motion system simulates longitudinal, lateral and vertical acceleration during helicopter movement, taxiing, takeoff and landing and brings training close to reality." 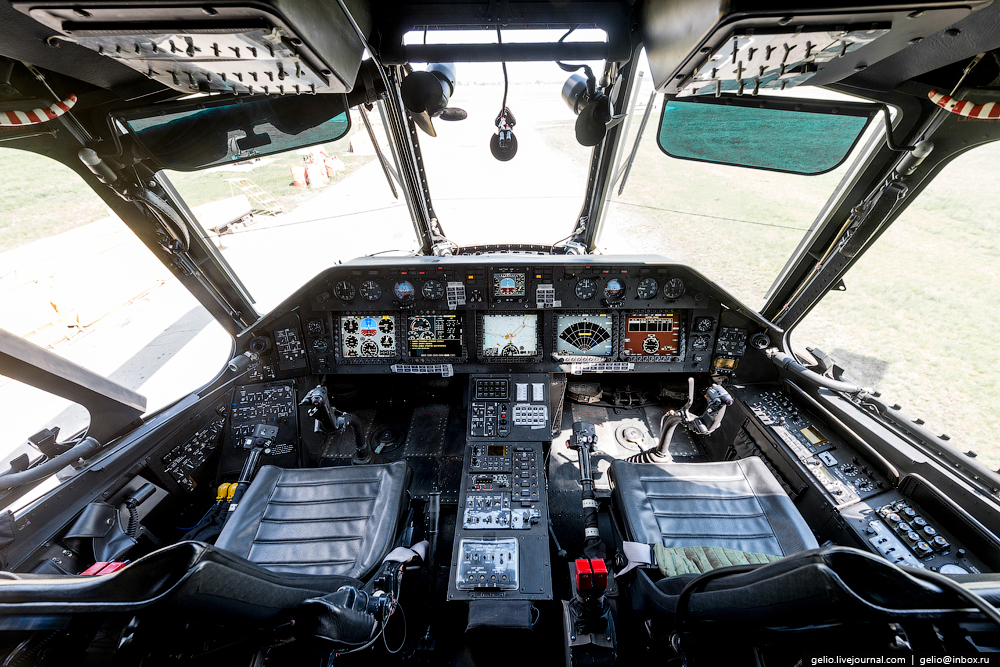 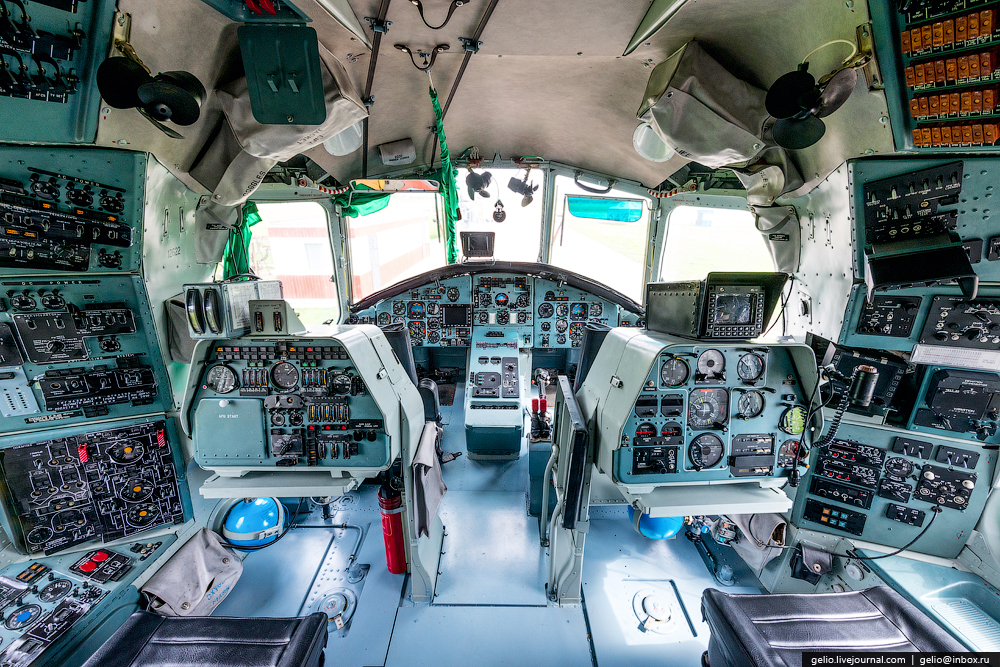 The United Engine Corp. has launched production of TV7-117V engines for the newest Mi-38 multi-purpose helicopter, as well as for the Ka-52 and Mi-28 attack helicopters. Previously, these rotorcrafts used engines made by Ukraine's Motor Sich plant.

The decision to design and produce Russia's own technology was made after the introduction of U.S. and EU sanctions and the complete rupture of military and technical cooperation between Russia and Ukraine in 2014. The original plan was to equip the latest Mi-38s with engines made by U.S. aerospace manufacturer Pratt & Whitney for supplies to Russia's European and American partners.

The helicopter can carry out transport and landing tasks for the armed forces, oil and gas companies and search and rescue services. The Russian Helicopters design and manufacturing company has received a series of orders from the Russian Ministry of Defense and commercial entities for the production of the new engine.

"It is able to achieve a force of 2,800 to 3,750 horsepower depending on the operating mode," Safonov said. "The developer is currently designing around 200 engine modifications for different models of helicopters and airplanes."

According to Safonov, this engine can be used in other helicopters weighing up to 15 tons.
x_54_u43 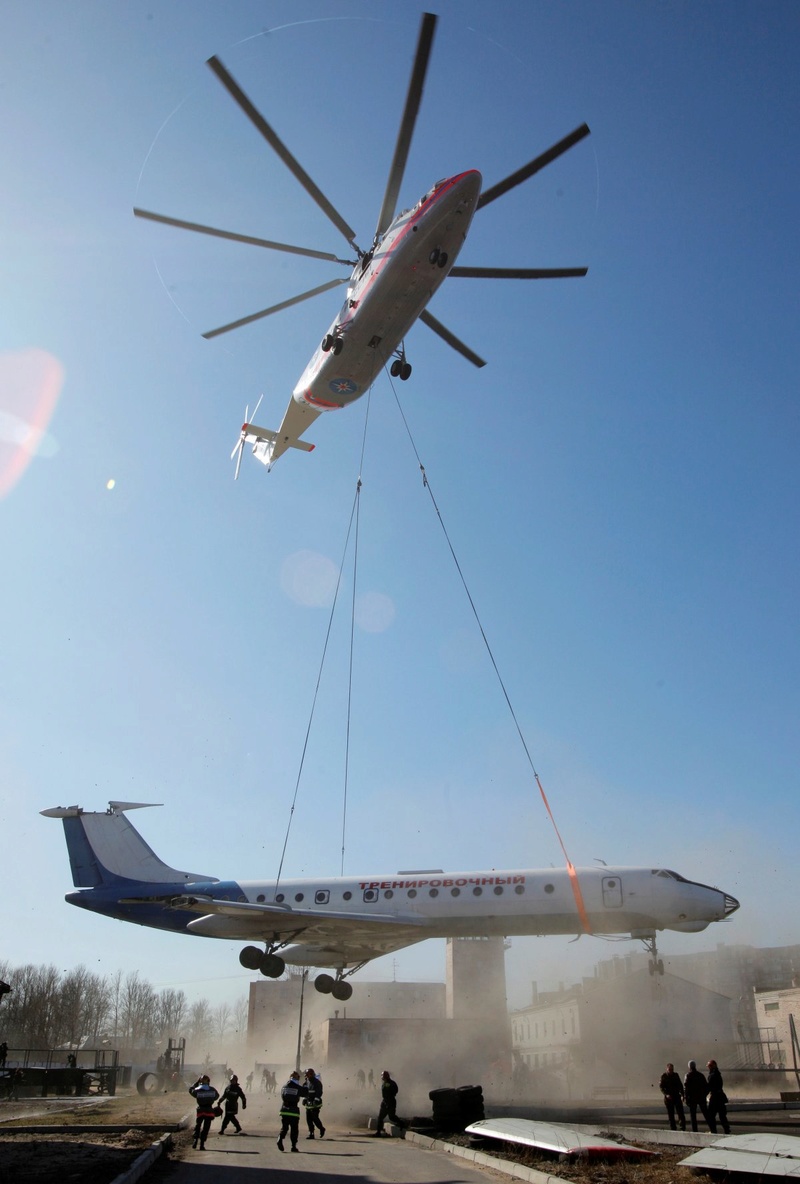 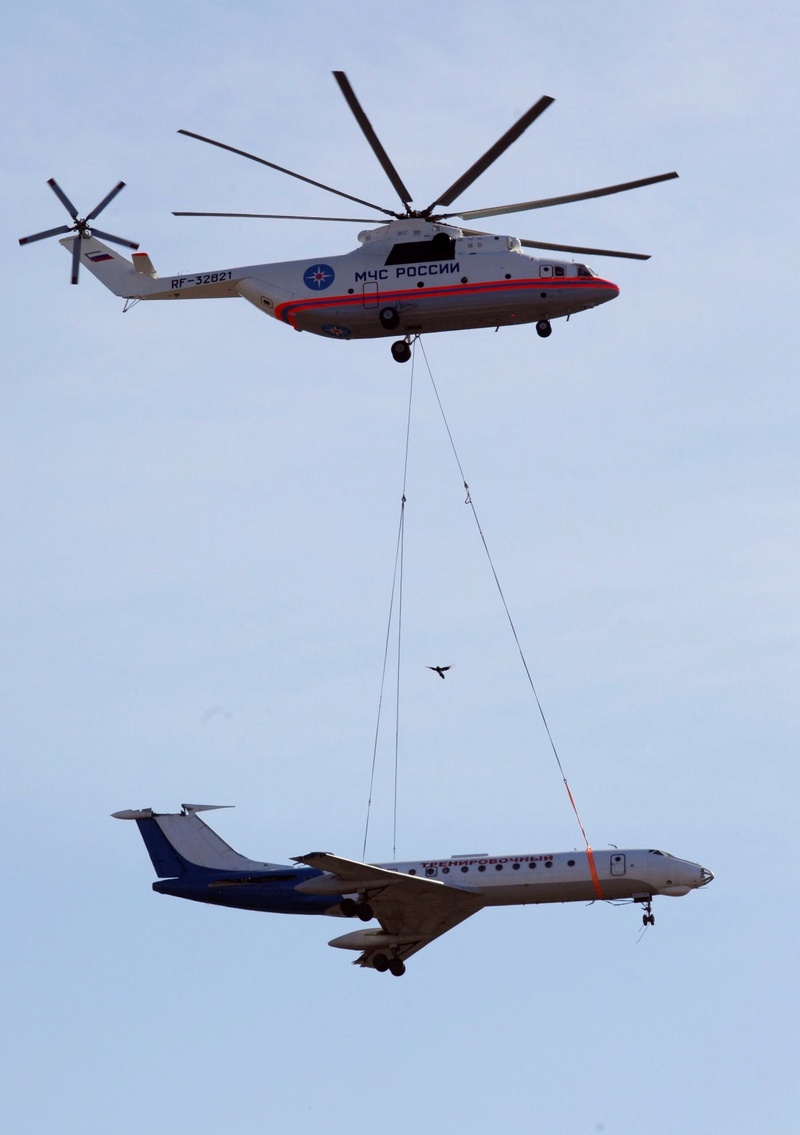 Russia’s United Engine is gearing up to develop a new engine for the Mil Mi-26 helicopter that it believes will lift the performance of the already enormous 56t maximum take-off weight rotorcraft. Based on the Aviadvigatel PD-14 turbofan, which will power the Irkut MC-21 narrowbody airliner, the planned PD-12V will replace the Mi-26’s existing 11,400shp (8,500kW) Motor Sich D-136 turboshafts.

As well as potentially offering a performance boost, the new powerplants will allow Russian Helicopters to be less reliant on engines sourced from Ukrainian industry.

Writing in the latest issue of Russian Helicopters’ corporate magazine, Alexander Artyukhov, United Engine chief executive, says it is now waiting for “a tender for the replacement of the Mi-26 engine”. “According to our evaluation, the modernisation of the Mi-26 helicopter by equipping it with the PD-12V will ensure an increase in transporting capacities of the rotorcraft and a decrease in its operating costs,” he says.

He promises it will be “the most powerful turboshaft engine in the world”, which will offer “better performance characteristics, including the power rating”. In addition, as it is a derivative of the PD-14, this will “decrease the time necessary to develop the PD-12V”, says Artyukhov.

Elsewhere, development activities continue on the Klimov TV7-117V engines that will power the 15.6t Mi-38 heavy twin. Engine endurance tests are ongoing, says Artyukhov, and “the work to set up serial production has already been going on”, he says.

United Engine has so far been contracted to deliver 50 units of the TV7 to Russian Helicopters.

Certification for the utility transport variant of the Mi-38 was achieved in late 2015; approval for a passenger transport version is expected in 2017.

The Russian Helicopters company, part of the Rostec state corporation, has started the production of the multirole Mi-171A2 helicopters and plans to produce at least four aircraft in 2017, the company's CEO Andrey Boginsky said Sunday. 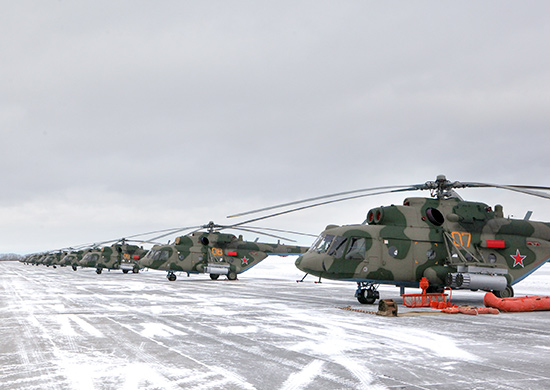 Russia’s cutting-edge multipurpose helicopter to be certified in August