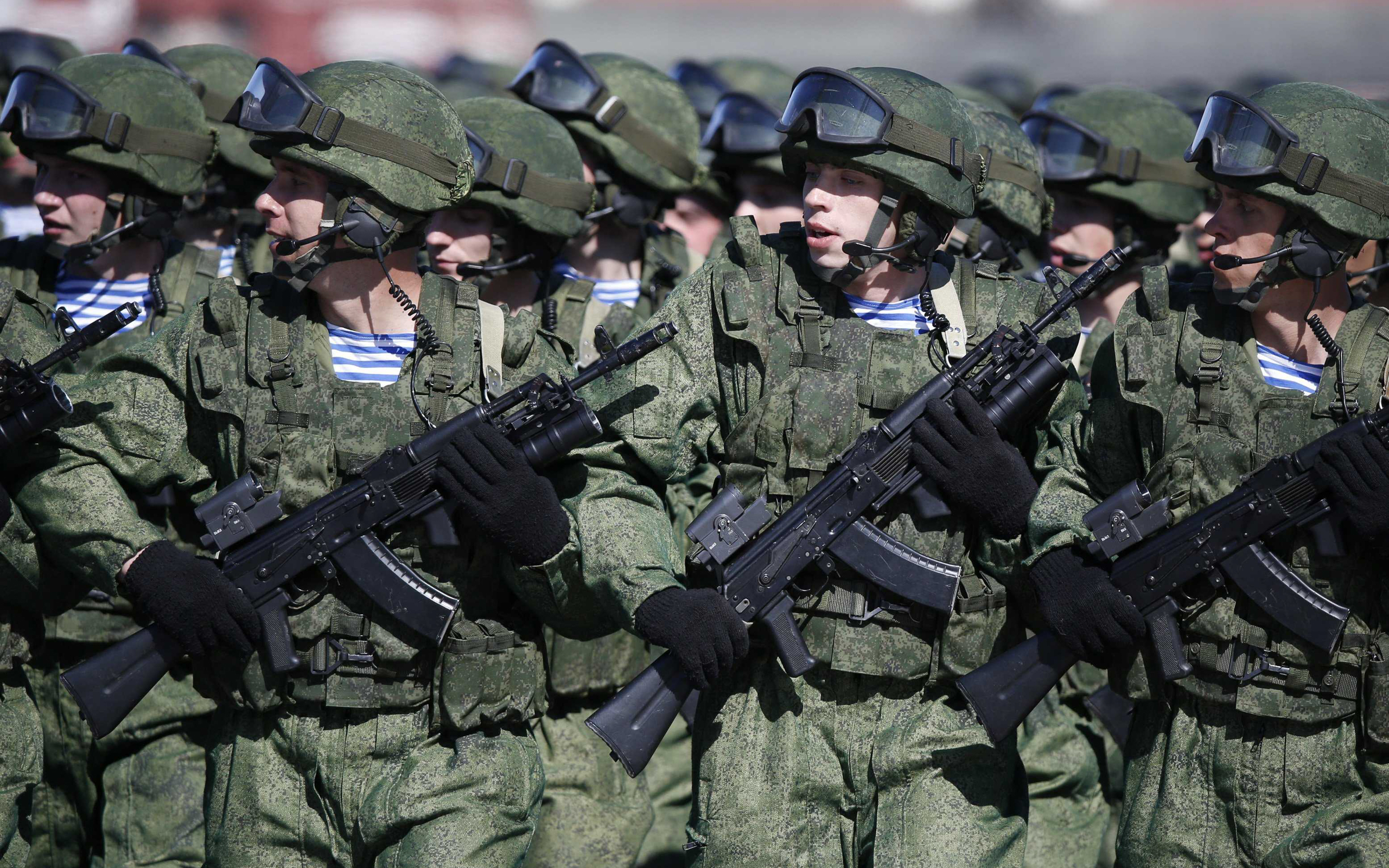 Shortage of new uniforms for army. It seems no new ones have been bought this year, ones bought before are reaching expiration and army is reverting back to old ones:

Units from other regions like Siberia and what not also sport older uniforms.  Simply, not enough were ordered.  They only used up around 40% of SAP2020 and so expect even more orders eventually.  Why is it taking long into 2017 to make new orders? Don't know.  Maybe there is orders already but nothing delivered yet.

Other thing we need to take into account is the accuracy of the reporting. For all we know, it could be exaggeration (I do believe there will end up shortages. Happens nearly everywhere). And ultimately, uniform is last (IMO) on priority. So long as they still get newer Kevlar helmets/vests, the rest is second/third.
PapaDragon

miketheterrible wrote:Units from other regions like Siberia and what not also sport older uniforms.  Simply, not enough were ordered.  They only used up around 40% of SAP2020 and so expect even more orders eventually.  Why is it taking long into 2017 to make new orders? Don't know.  Maybe there is orders already but nothing delivered yet.

Other thing we need to take into account is the accuracy of the reporting.  For all we know, it could be exaggeration (I do believe there will end up shortages.  Happens nearly everywhere).  And ultimately, uniform is last (IMO) on priority.  So long as they still get newer Kevlar helmets/vests, the rest is second/third.

-They stopped ordering new ones

-Never planned on implementing them fully

-Someone pocketed the money and tried to pass off old ones

I don't like this type of shit one bit. They can sacrifice one fighter jet per year to get enough uniforms. And if they have shortage of uniforms you can bet that kevlar and helmets are nowhere in sight.
miketheterrible

How can you confirm legitimacy of the claim?

Judging by the sounds of it, and how new ones are reaching expiry, they probably didn't order more due to possible problem with quality or something else. But it is hearsay with little evidence. Maybe it is only a small portion here and there with this issue? Maybe it is something not even existent? Maybe it is just a small contingent somewhere? A lot of details are left out.

From this year on, the servicemen will give special caps instead of everyday caps. Newcomers to the service - immediately, "old men" - in return for those who have served the prescribed terms of socks: 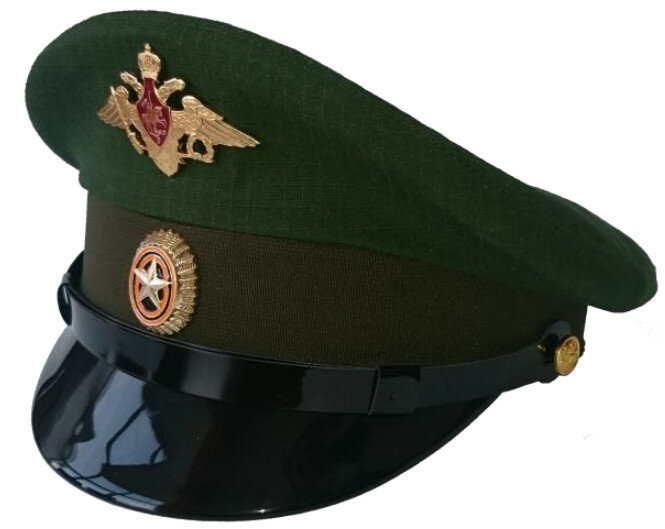 Servicemen-women instead of everyday hats will be given these hats:

For officers and ensigns 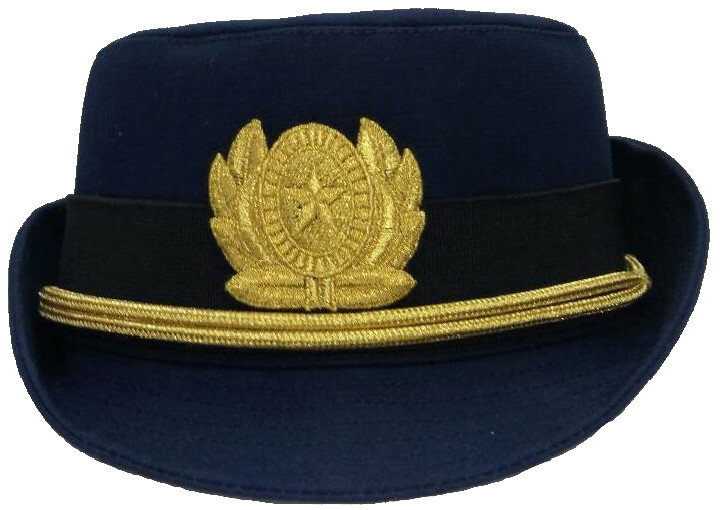 For contract servicemen and cadets of higher education institutions Servicemen on conscription, cadets of higher education institutions and students of pre-university educational institutions of the Ministry of Defense will get daily caps of a new pattern: 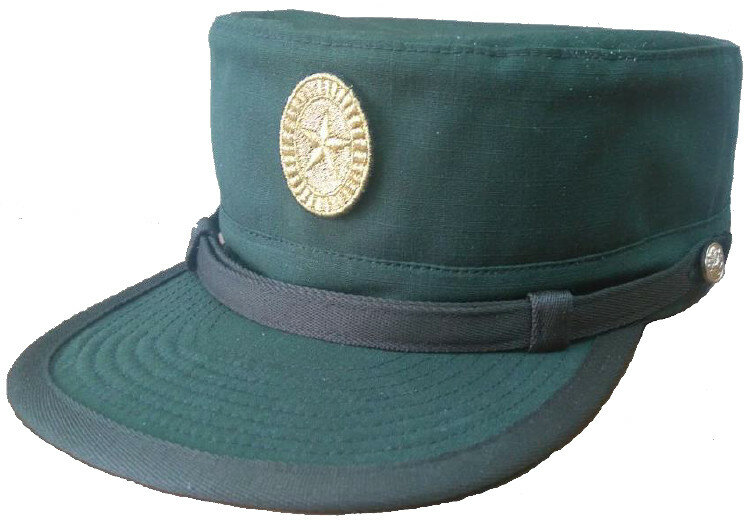 That's what a casual suit jacket should look like with the wrist marks of the difference in the years of service of contract servicemen: 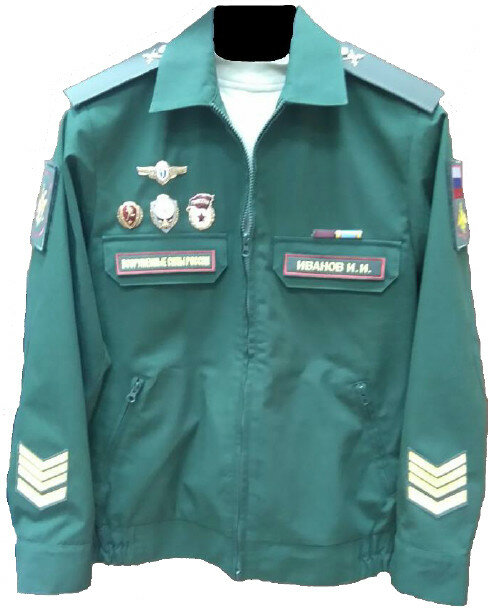 According to the decision of the NGSH, old-style sprockets return to the shoulder straps:

The autumn call-2017 right at the recruiting station will be given out winter boots (previously received only summer ones, which in December directly say was not ice). 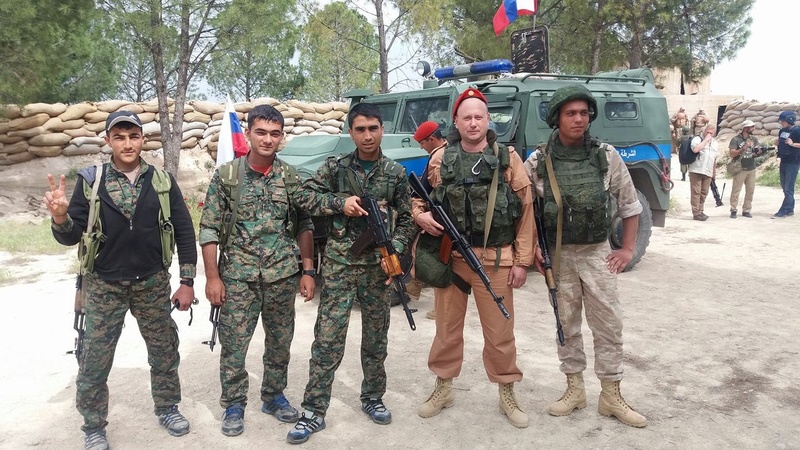 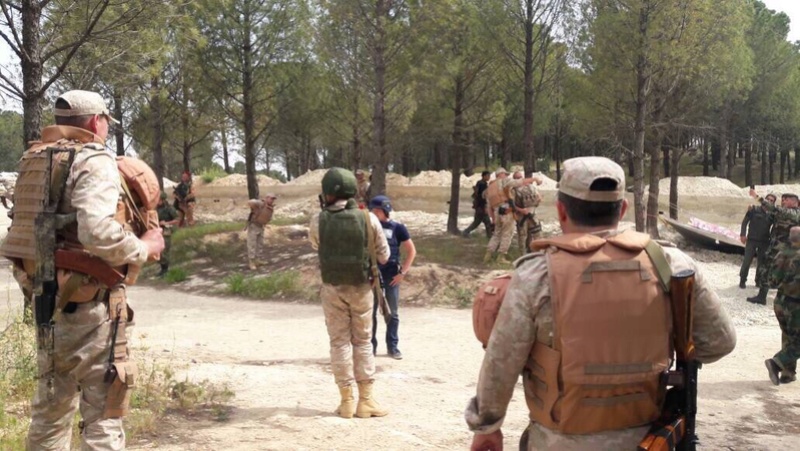 looks pretty effective if you ask me
Honesroc

Well, another May 9th parade and another new dress uniform. 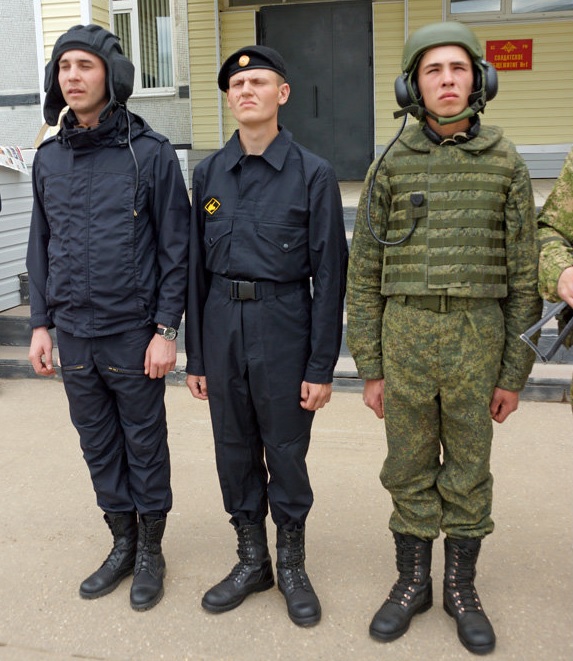 As Sergei Ptichkin writes in the article "Tankers returned black overalls," published May 20, 2017 in the "Rossiyskaya Gazeta", on May 20 in the 4th Guards Tank Kantemirovsky Order of Lenin Red Banner Division named after Yu. Andropov celebrated the 75th anniversary of the 12th Guards Red Banner Shepetivsky Order of Suvorov and Kutuzov, the 2nd degree of the tank regiment.

They showed modern equipment. Veterans immediately drew attention and were delighted that they saw tank-men dressed in black overalls. For a quarter of a century of endless reform of the Armed Forces, tank forces have not been left aside. Someone thought that black color does not meet the epochs of change, green camouflage fits better. And the tank-men became like ordinary motorized rifles.

Only did not take into account that the tank is a combat vehicle, in which non-flower flowers are fragrant, but combustible-lubricating materials. Diesel, kerosene and various oils have a habit of quickly turning camouflage into something obscure.

Common sense is back. For daily work with their cars, tankmen now have light, very comfortable and practical overalls of black color. If the work is in the park, then the black beret on the head, if there are polygon departures, then the classic headset.

If it is necessary to participate in combat operations, the tank crews are dressed in special dense overalls of spotted, so-called, digital coloring. They differ in that they do not burn and protect themselves from small fragments. In the event that the car is disabled and the crew is forced to leave it, a special coloring will reduce the visibility of people in the enemy's vision systems. On the head instead of a headset is a helmet made of strong composite materials.

So the form of modern tankers has become elegant and practical, both in civilian life and in war.

Why so many camo patterns?

So I will see military wearing mix-match of multiple patterns like so the following image which appears to be a mix of digi flora and flora. (Correct me if I'm wrong) 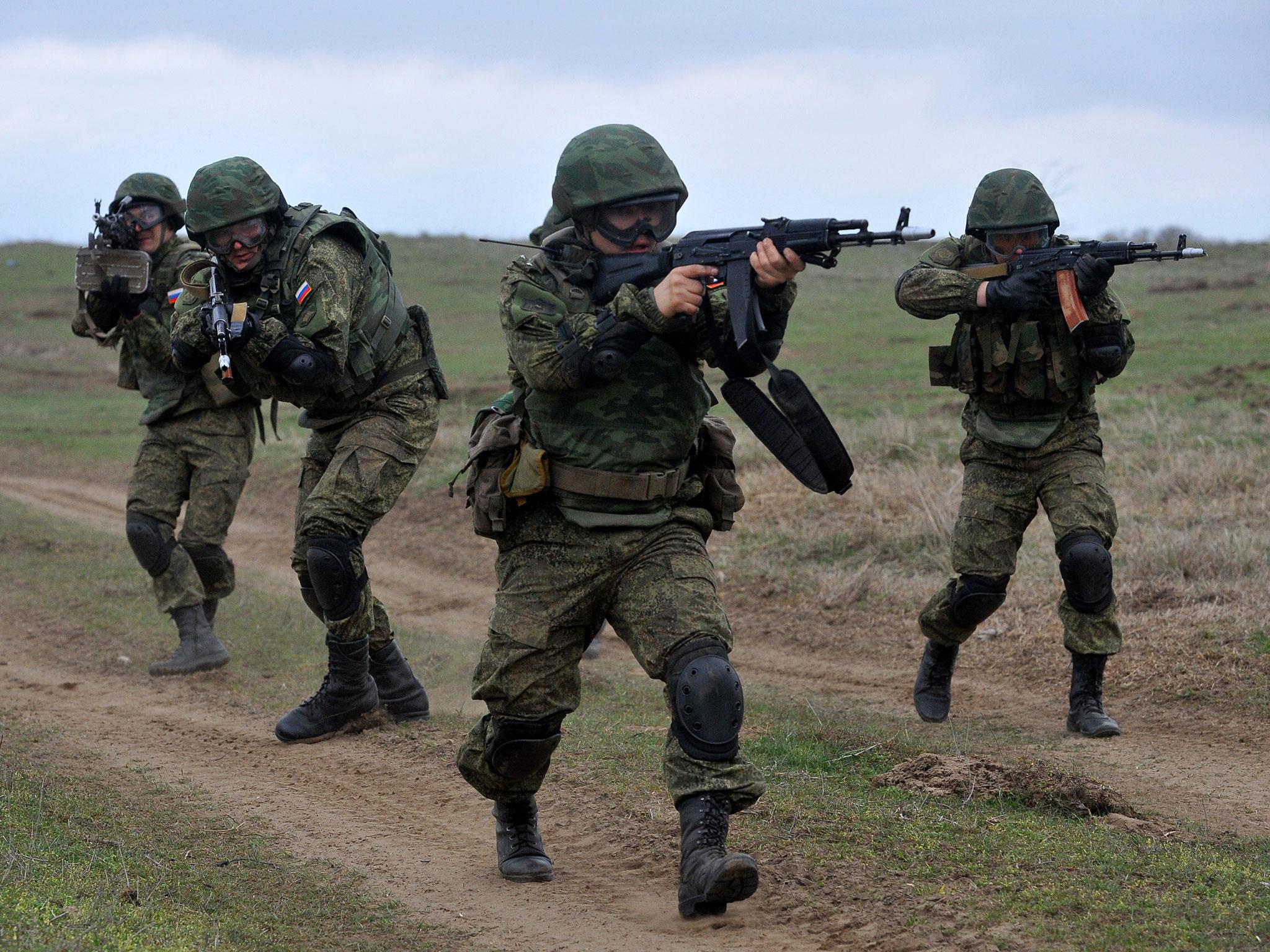 -or sometimes even wearing different camouflage patterns such as how in one video which I cannot find, they were wearing digi flora primarily but some people were in civilian clothes and others in flora. Even the odd multicam was show at one point being worn by a man. I'll link the video if I can find it.

So my question here is 'Why so many camouflage patterns as opposed to just using one. Sure makes identification of friend and foe easier, yes?'

Sorry if this was a bit difficult to understand. 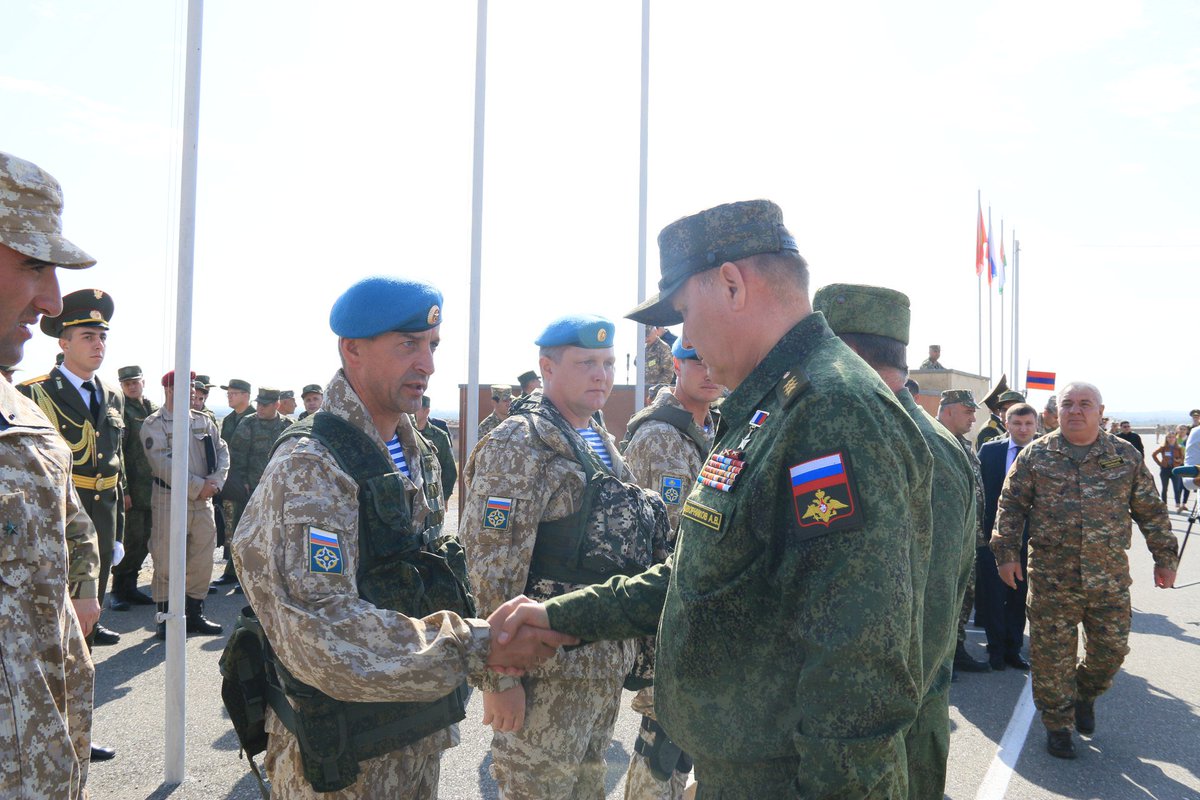 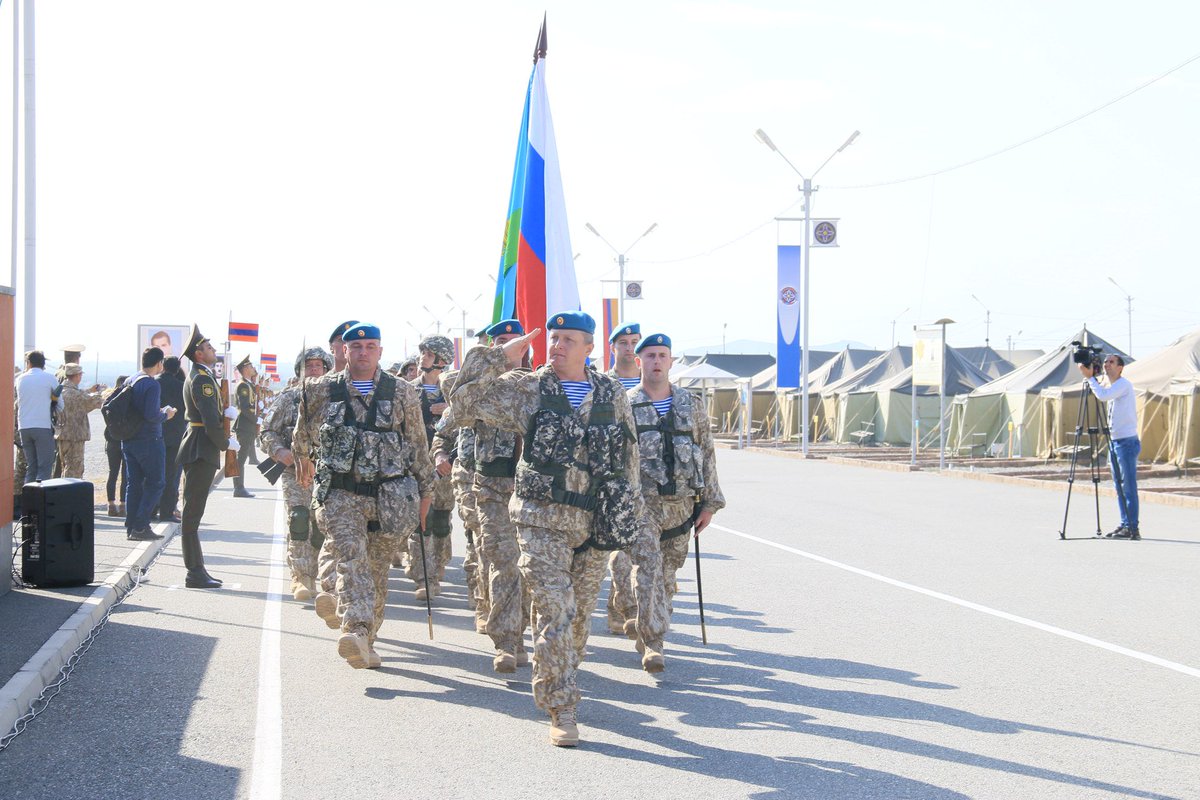 A list of russian military berets. If anyone knows sth more pls contribute

The coating can be easily applied, which allows for prompt repairs in field conditions KUBINKA /Moscow Region/, August 21. /TASS/. A chameleon camouflage innovation from the state corporation Rostec, which was originally developed for combat vehicles and is capable of changing color depending on the environment, can be used in the textile industry, too, to make field uniforms for military personnel, according to the state corporation’s press release.

The camouflage coating for combat vehicles and soldier’s gear is on display at the forum Army-2018. Unique electrically controlled material covering a soldier’s helmet is capable of changing color depending on the immediate environment. In the future, the material will be improved to acquire new features, such as the ability to promptly adjust color intensity and to simulate complex graphic effects, for instance, leaves swaying in the wind.

"This innovation may be in great demand from civilian manufacturers. For instance, it can be used to make clothes change color and graphics depending on the customer’s wish," the news release says.

Rostec incorporates the holding company Roselektronika and TsNIITochMash. The coating can be easily applied, which allows for prompt repairs in field conditions.

Russian military has no plans to scrap traditional ushanka hat

"The decree only changes the terminology. The headgear itself did not change in any way," a Defense Ministry official said

The rumors were sparked by the Russian government’s decree introducing amendments to the peacetime military allowance standards for Russian servicemen. The document, published on Thursday, says that "the phrase ‘ushanka hat’ should be replaced with the word ‘hat.’"

"The decree only changes the terminology. The headgear itself did not change in any way," the official said, adding that the amendment was aimed at simplifying paperwork.

The Russian military’s ushanka hats were improved between 2013 and 2015, when the Russian armed forces were being equipped with new uniforms. The new version of the traditional - and somewhat stereotypical - hat features better heat insulation and longer ear flaps.

Not sure if this is the right thread for this, please move to appropriate thread if not @Mods 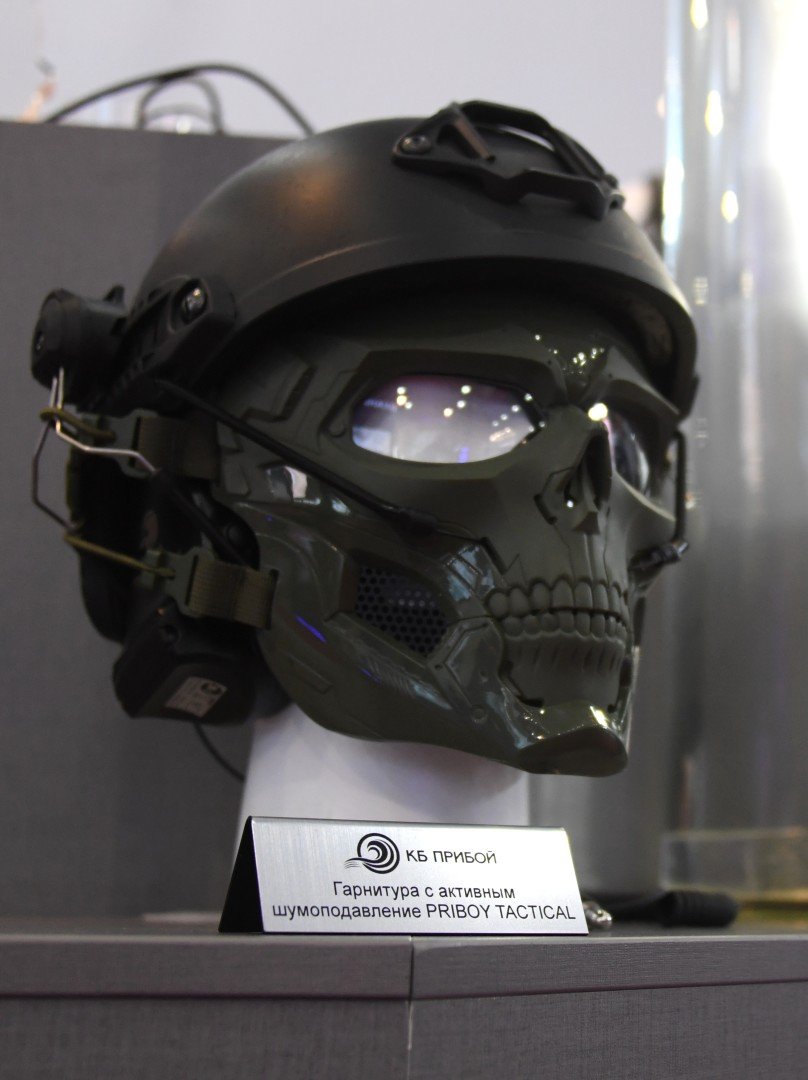 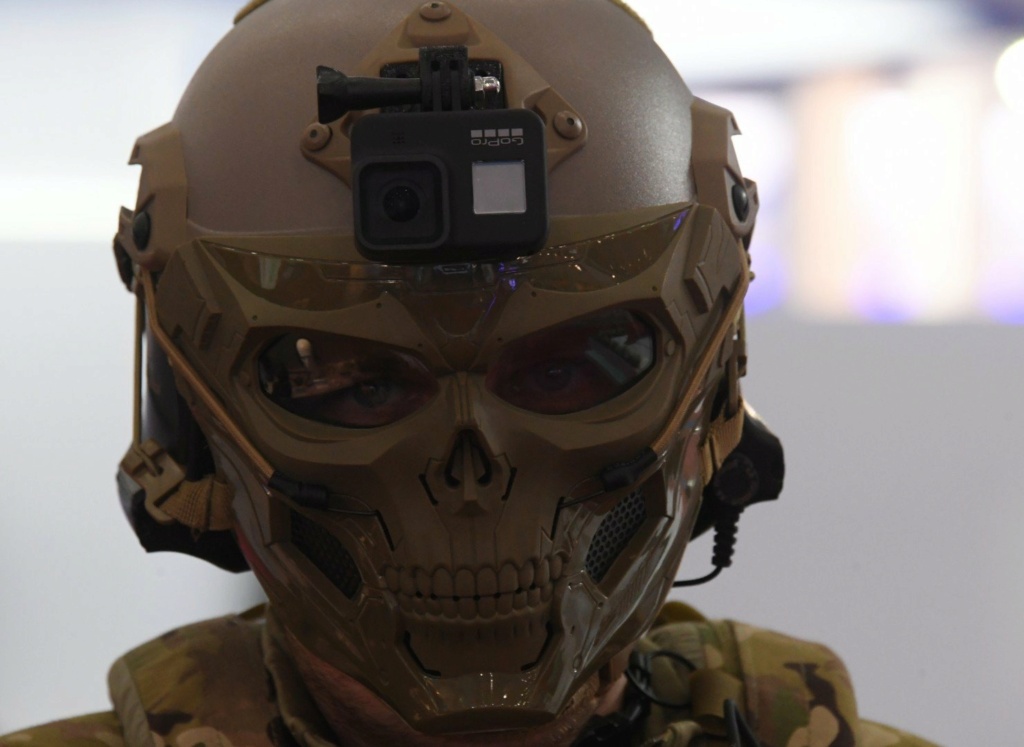 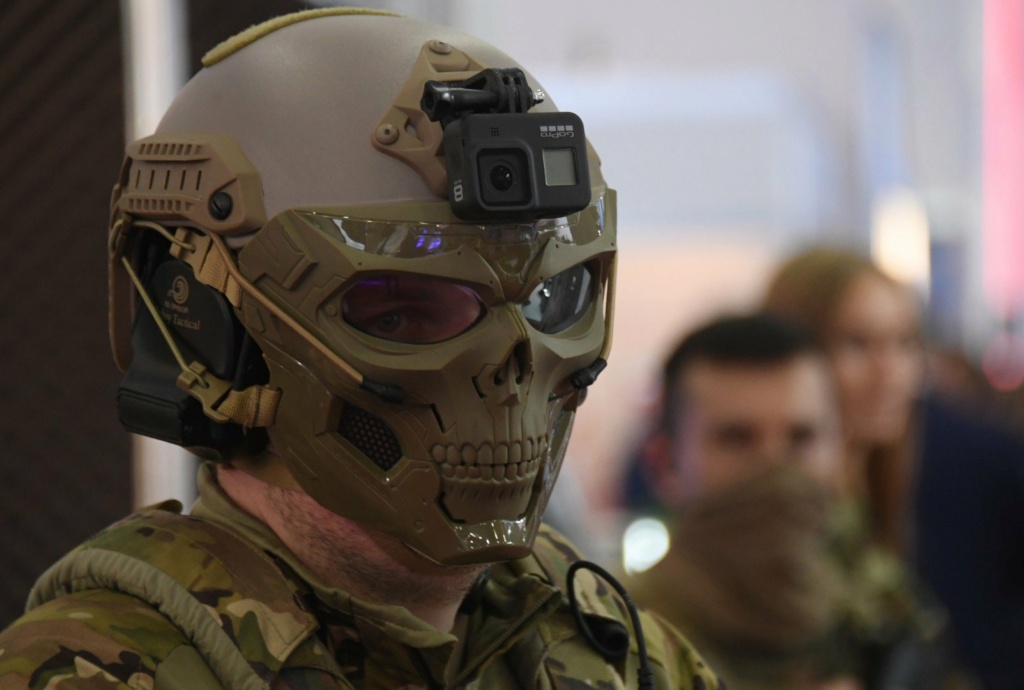 Cheesey looking. I don't care for it.

The irony is that this sort of stuff is popular amongst the paint ball and soft air community, but I suspect when a western reporter sees this it will be proof that they really are the bad guys... obviously we can ignore german SS insignia in the baltics and ukraine, but this sort of thing is distasteful... despite being for the military and therefore involving men trained to kill people....

Wasn't there a hubub recently when a pro democrat posted images of this sort of police gear and claimed it was being sent from russia to the US for use against peaceful innocent protesters... only to turn out later to be based on a computer game from a few years ago that had nothing at all to do with Russia or anything really...

All I can say is that it does not look very polite.

Skull mask is super cringe. Whoever's idea this is, somebody needs to stop him.

Skull masks are popular among SF forces as well. Saw a lot of Syrians wearing it.

Walther von Oldenburg wrote:Skull masks are popular among SF forces as well. Saw a lot of Syrians wearing it.

Well it looks like ass and sends a pretty stupid message (Hey look, I am actually a dead guy!)

Samurai did it right, they had masks that looked like demons and ghouls, that message is actually on point 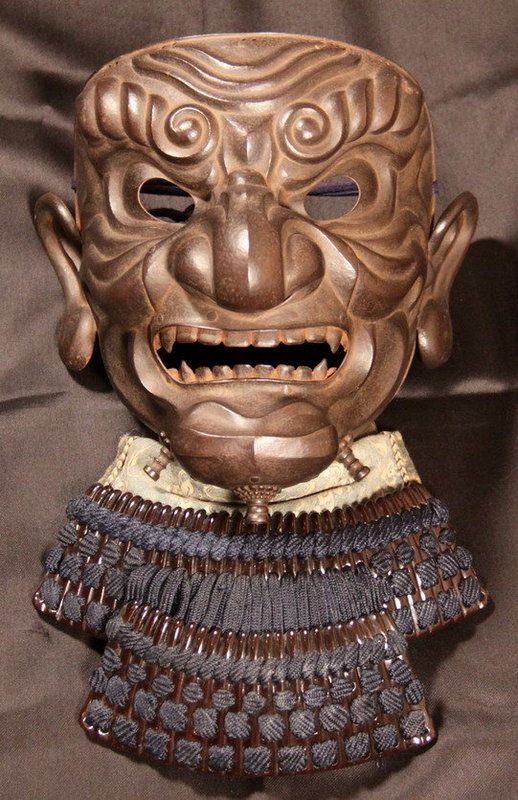