Free delivery of heat and light anywhere in the world. There will be no complaints.

On December 17, Russia celebrates the Day of Strategic Missile Forces.

The RVSN motto is pretty much to the point! 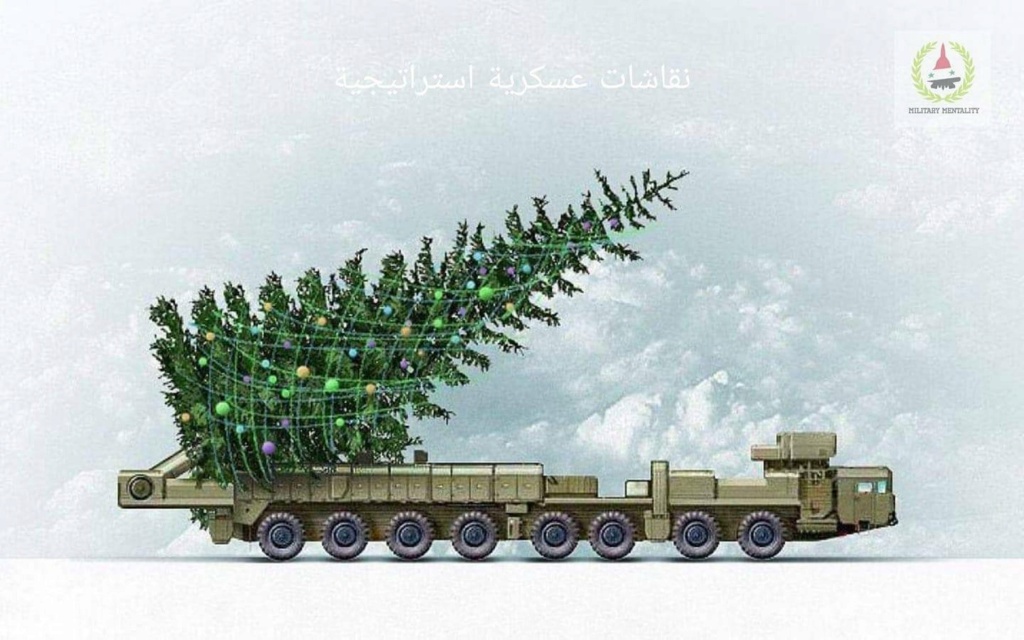 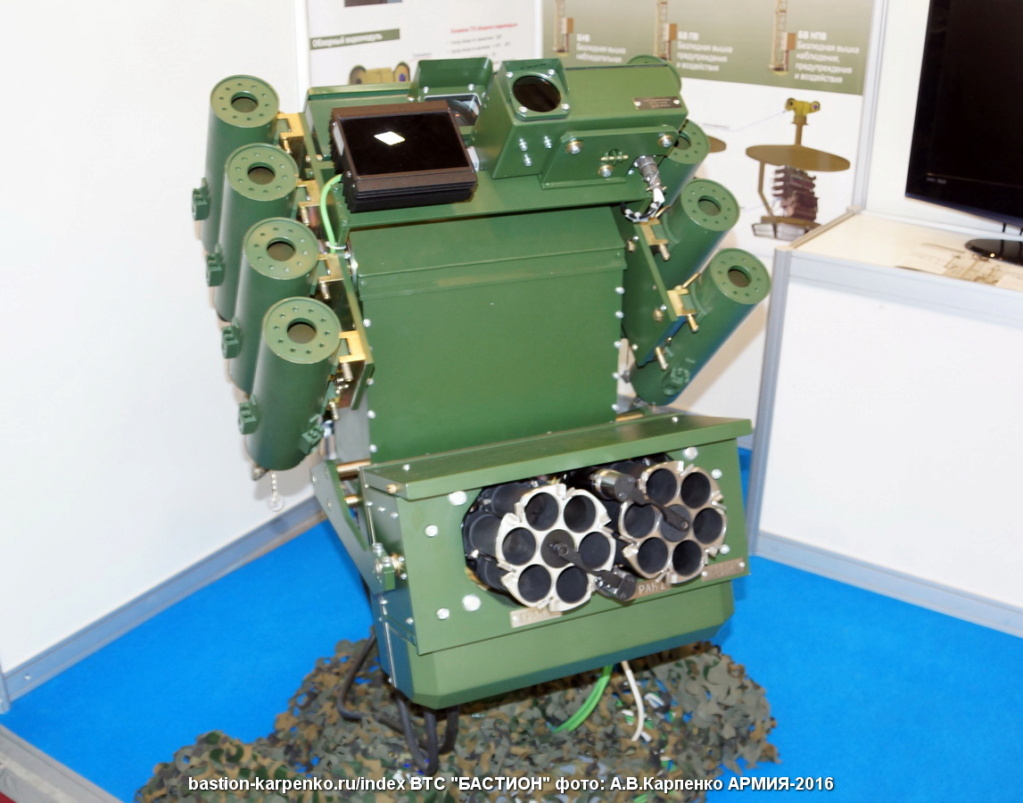 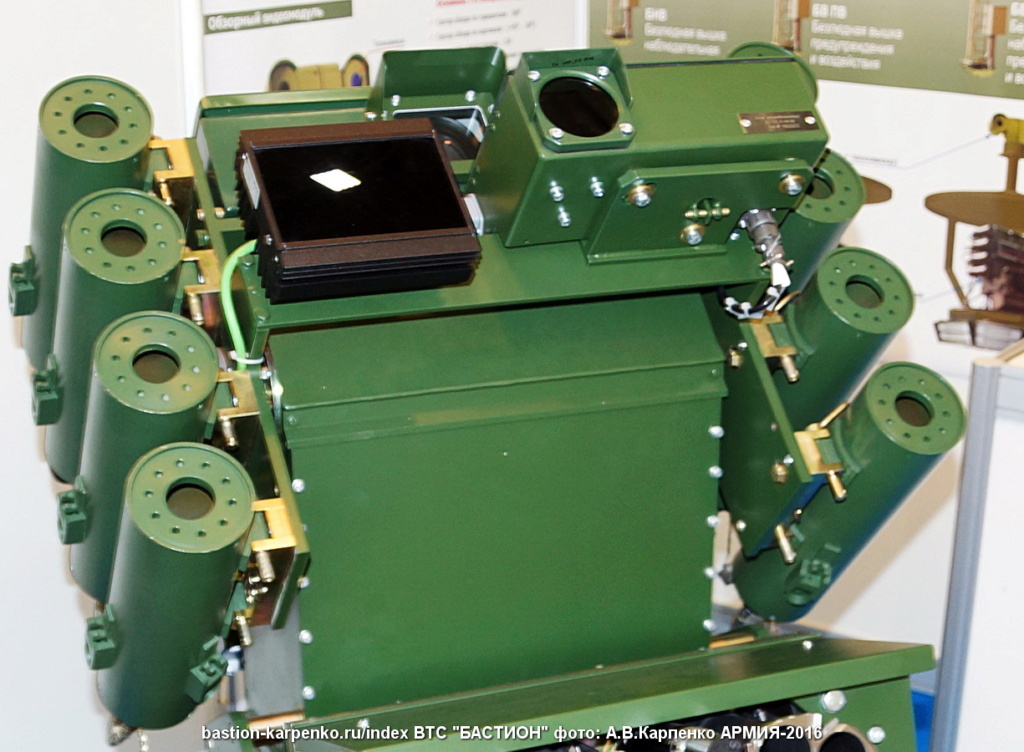 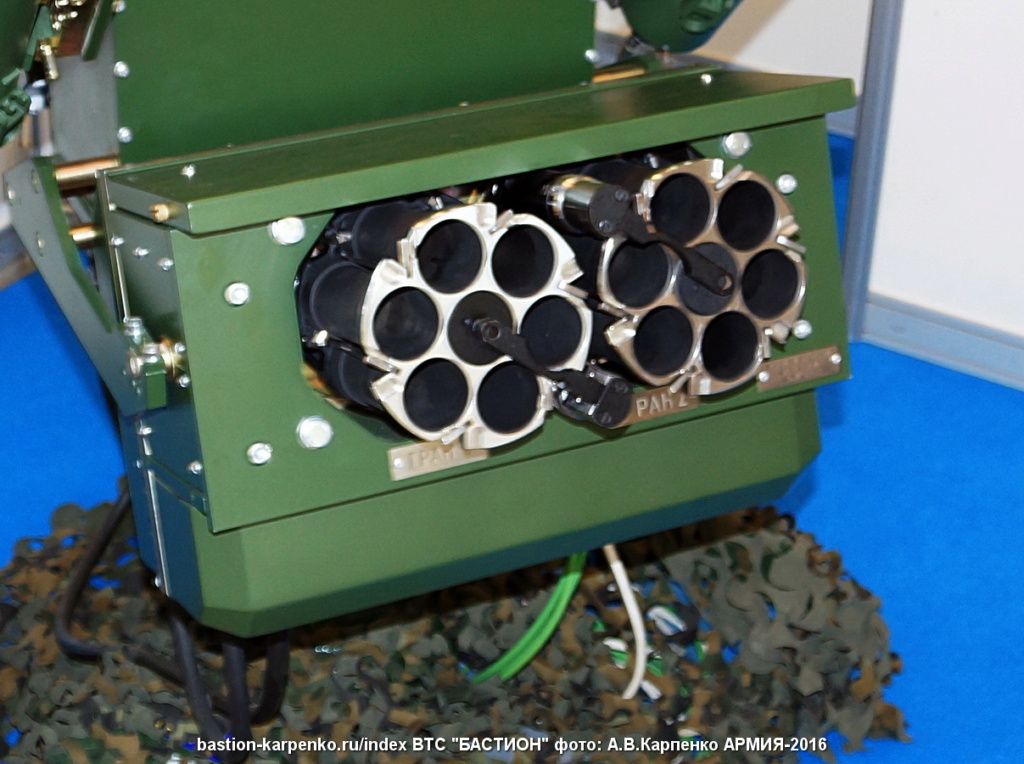 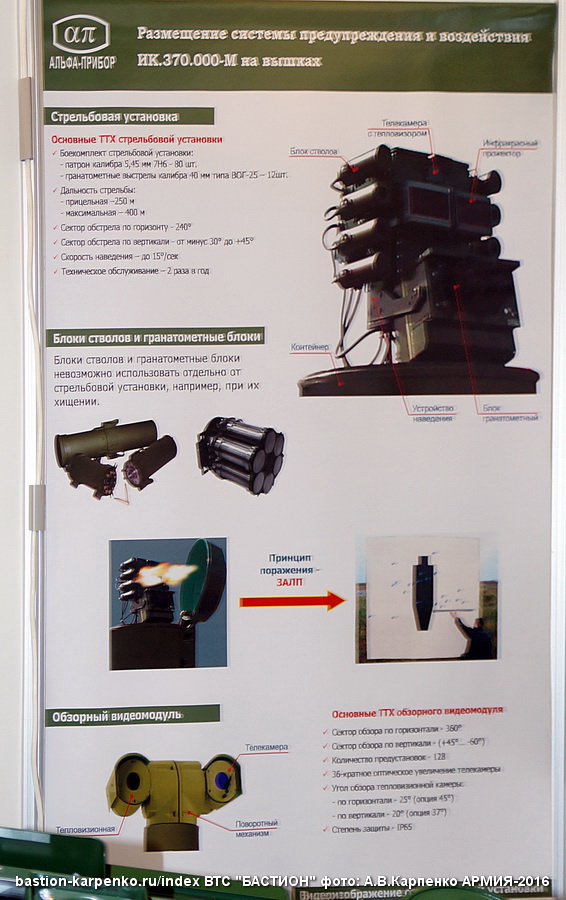 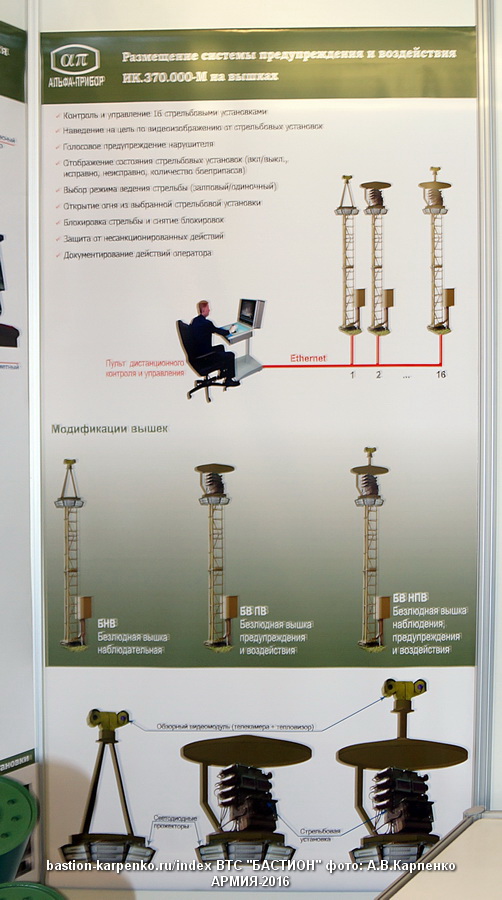 Created for the strategic missile forces, the Listva remote mine clearance vehicle will be equipped with a more powerful microwave gun.

- According to the modernization plan of the microwave installation, its pulse power will increase by at least five megawatts. This will increase the range of destruction of explosive devices, " Rostec told RIA Novosti.

The foliage will also receive a new management system and monitoring of the environment. Work on the modernization of the car is carried out by the Krasnodar plant "Cascade".

The remote demining vehicle is designed to accompany the Topol-M and YARS mobile ICBM launchers on their combat patrol routes.

The vehicle is based on the Bulat three-axle armored car and has a recognizable appearance thanks to the sensors for detecting explosive devices placed on the forward frame.

On the roof of the " Foliage "is a parabolic microwave antenna for destroying mines and IEDs. Ultra-high frequency radiation destroys the control electronics of the "infernal machines" or causes them to explode at a safe distance. The range of the complex is 100 meters. For reliability in the crew of the "Foliage" consists of two ordinary sapper.

A really strange thing. What exactly is its main armament?
Hole 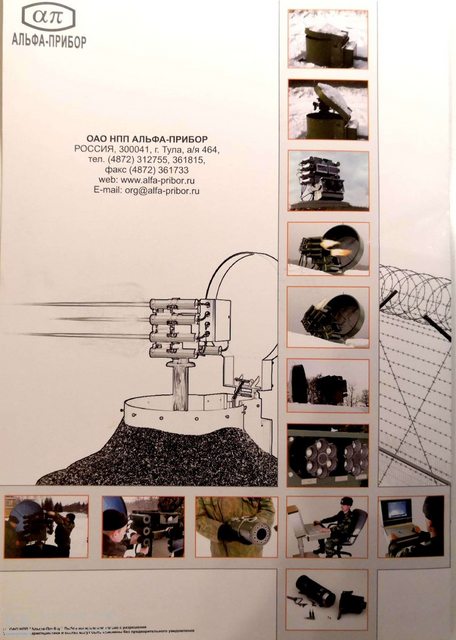 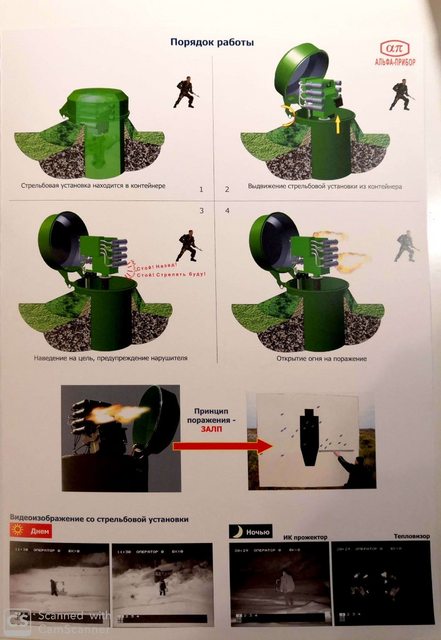 Yes but what mechanism does it use to fire thoes bullets and why not just a PKT or Kord with a few thousand rounds?
Hole

What baffles me are thoes cylinders, if they are just a bunch of sigle shot barrels then the entire turret would have only 80 rounds which would be very strange, perhaps they have multiple rounds stacked ontop of each other or a helical magazine?

The 12 grenades are fine but I would imagine that an AGS-40 with a belt going into the base of the turret would have allowed for more.
GarryB

The company that was tasked with making the system which is used for perimeter defence and also is I think related to larger more powerful systems designed like a super CIWS to intercept nuclear warheads above ICBM silos was not a company that made small arms, and therefore had no advantage in making the systems based on existing small arms products.

The systems protecting the ICBM fields just had to hit an incoming target before it hits the ground as a Silo would need a ground burst near direct hit to destroy... an airburst would not do it, so these systems were to either get the targets to airburst or damage them so they smashed into the ground broken and unable to explode with full force.

The perimeter defence systems seem to be related to these rather than conventional weapons.

It could defend convoys as well as fixed locations.
The-thing-next-door

GarryB wrote:The company that was tasked with making the system which is used for perimeter defence and also is I think related to larger more powerful systems designed like a super CIWS to intercept nuclear warheads above ICBM silos

Are there any pictures of this super CIWS?
Hole 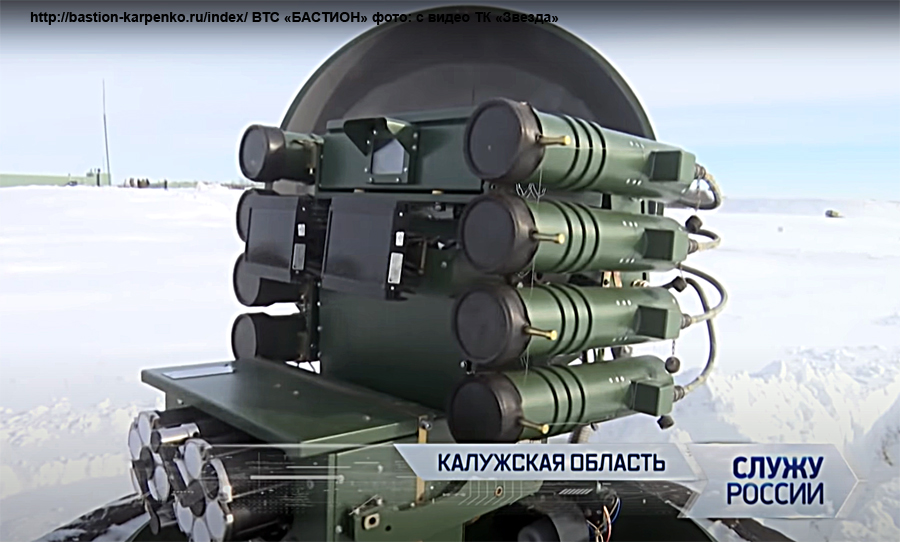 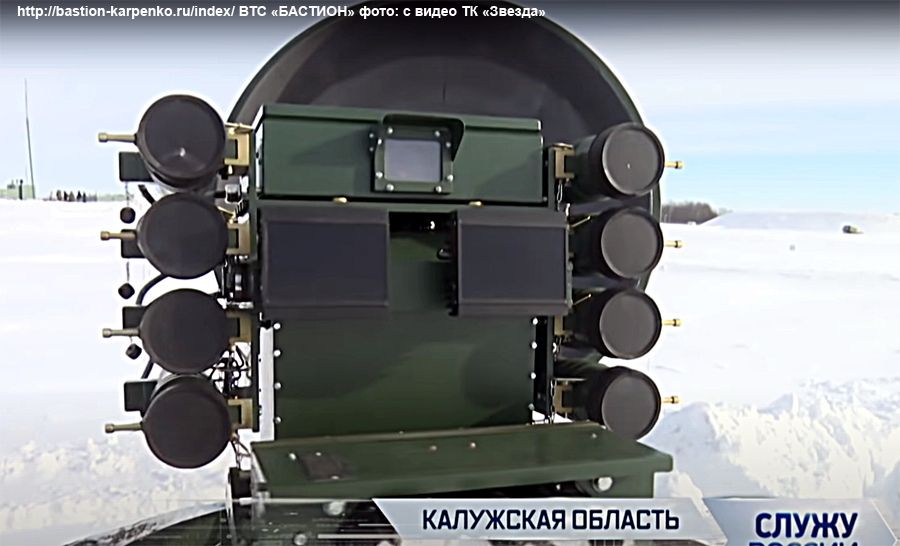 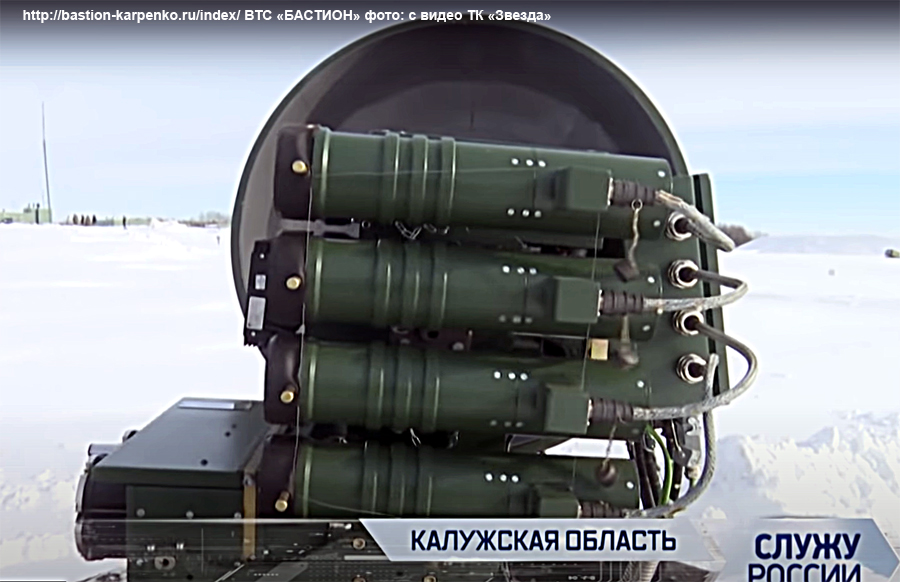 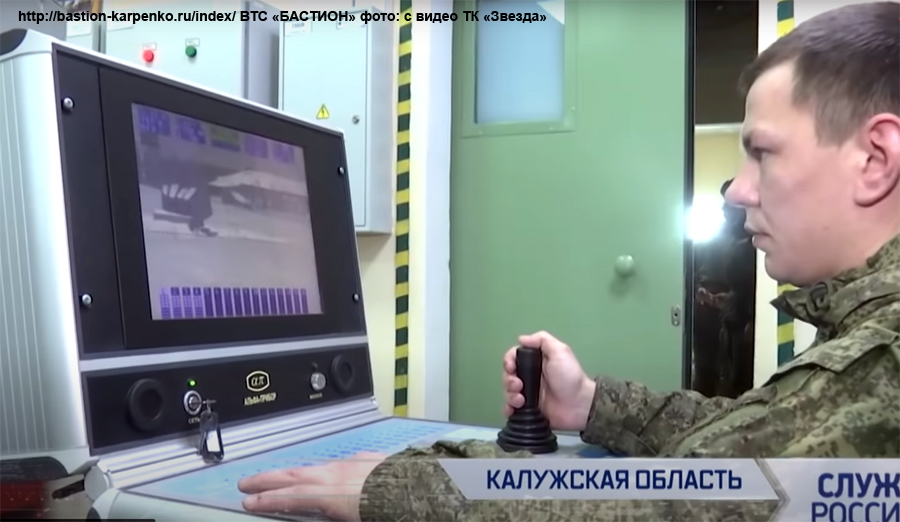 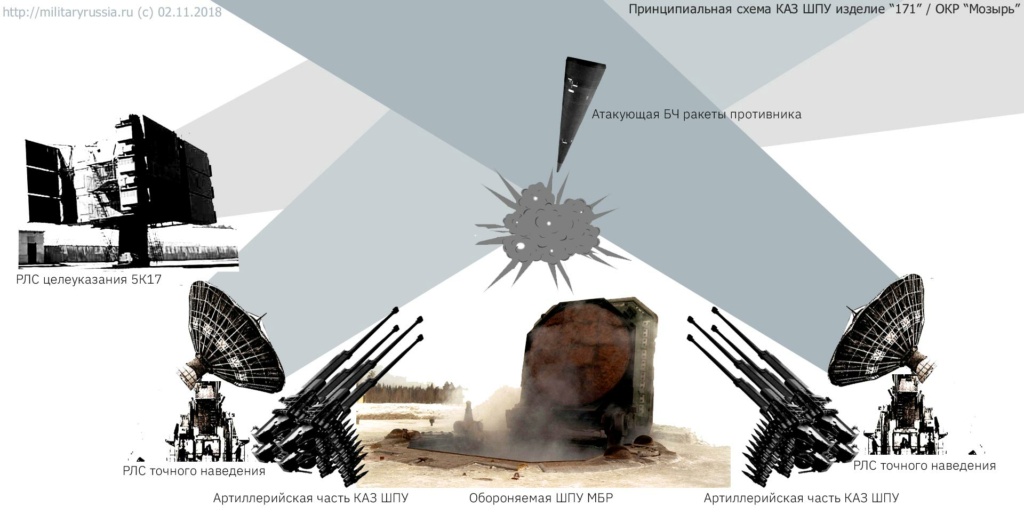 Yes, but ignore the drawings of the guns.

The response time and precision needed means belt fed weapons are no use... the rate of fire is simply not high enough... so individual munitions are used... a bit like ARENA or DROZD APS systems... but the margins of error are smaller so a volley of a couple of munitions will be launched at one time with enough munitions to fire a few volleys.

Note these systems are intended to hit ground penetrating weapons that explode in the ground and create shockwaves to destroy silos or that directly hit the silo doors themselves... anything that bursts in the air is not a threat to weapons protected in silos.

Most of the time by the time enemy warheads are arriving the silos should be empty anyway.
George1

Today Russia is implementing a planned process of replacing UR-100N UTTKh ICBMs: currently 50 such missiles are operational compared to 150 before

"We will keep this missile on combat duty as long as necessary. Now we are going to extend its service life by three years," the chief designer said on the sidelines of the conference on cosmonautics, replying to a TASS question.

A whole set of measures is underway, he said. "This makes it possible to continue operating these missiles. But in this area any predictions are inappropriate: the hardware should itself suggest," the head of the Research and Production Association of Machine-Building said.

Today Russia is implementing a planned process of replacing UR-100N UTTKh ICBMs: currently 50 such missiles are operational compared to 150 before. They are being replaced by advanced Yars ICBMs, the chief designer said.

The Research and Production Association of Machine-Building (part of the Tactical Missiles Corporation) is the developer and manufacturer of sea-launched cruise missiles and Earth’s remote sensing satellites. It exercises warranty supervision of UR-100N UTTKh intercontinental ballistic missiles.

According to the data of open sources, the Enterprise has developed and is delivering Avangard hypersonic boost-glide vehicles to the troops and is working on the sea-launched Tsirkon hypersonic cruise missile. The Research and Production Association of Machine-Building also produces Bastion coastal defense missile systems.

A "Yars" launcher being transported across the Oka river during a river forcing exercise...first time ever this has been done 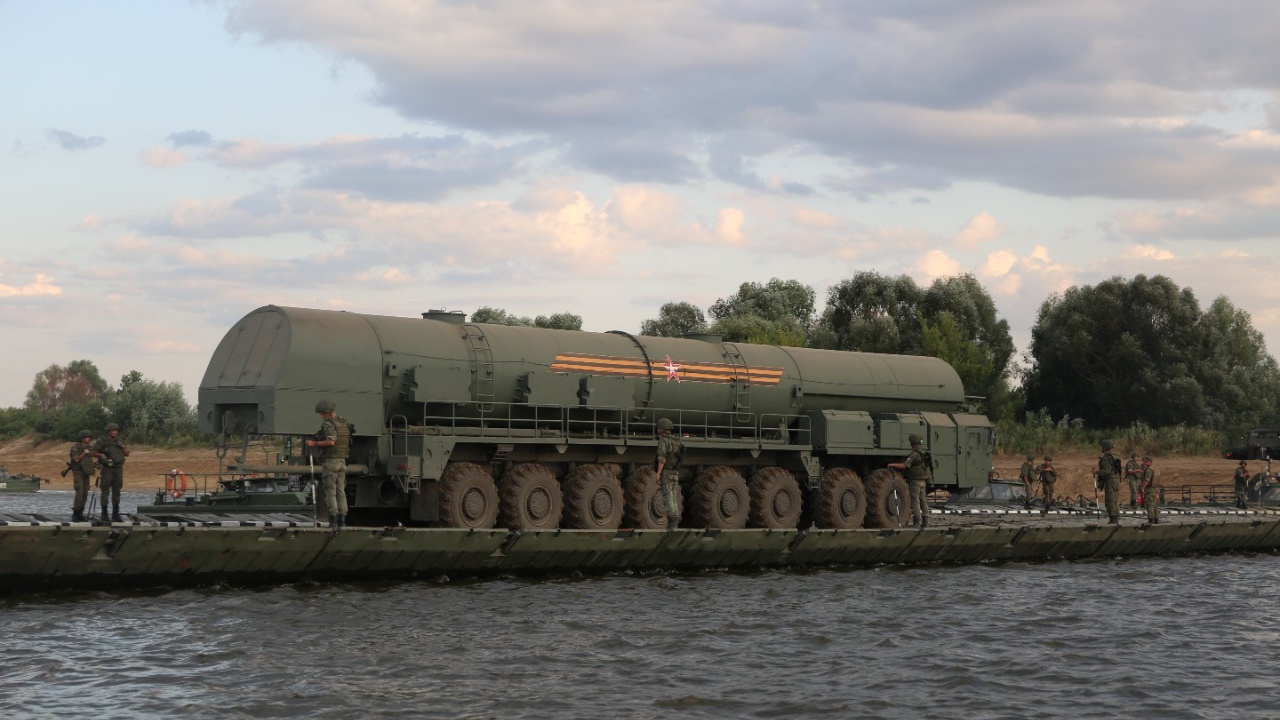 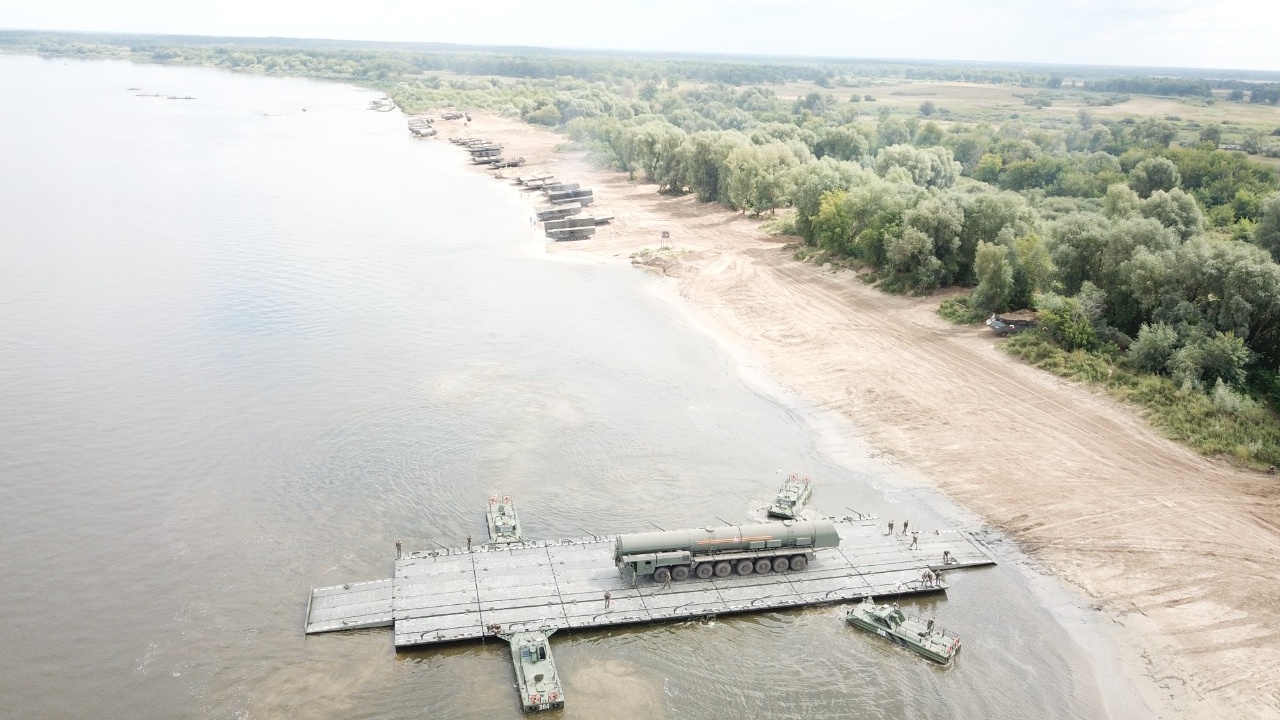 This is not a launcher.

What is it then? A mock up?

Never seen any western Army do this sort f thing

Its a fuel truck. For opsec purposes the mobile launcher convoy carries everything with it - security detachments, medical, technical support, supplies etc. They even have a MAZ truck that's purposefully built to be used as a hotel for the troops. Its basically like camping only you're lugging around a missile that could end a city - no pressure.

The pontoon bridge is definitely interesting. Since tanks that have way worse weight distributions could be carried on top of those bridges I've always assumed even the massive TELs can do the same. This is significant, since in order to kill these launchers you have to guarantee that a certain area is always bathed in a certain psi worth of nuclear blast. Normally canalizing features like water obstacles are in the way so you don't actually have to draw the complete one way range and plan your attack on launching that many warheads for complete saturation, but since rivers are no obstacles you are now forced to do just that.

Western armies tend to ignore land-focused operational transport requirements, and pay basically lip service to water crossing capabilities as a result. Their loss, considering the easiest way to defeat an army is to outmaneuver him by leveraging superior mobility to attack where his opponent his weakest and avoid their strongpoints.