Typical National Interest story... knows its readership is too stupid to concentrate on too many things so it likes to put them in order so they can understand... what they will never say is that these things are only dangerous to countries that try to fuck around with China... which is pretty much only the US because they fuck around with everyone...

If the US weren't such a bunch of immature

they could just admire some nice weapons technology like the rest of us.
Isos

If the US weren't such a bunch of immature censored they could just admire some nice weapons technology like the rest of us.

Well actually they admire them more than anyone. Everyday they see chinese hardware going into those "US protected" islands and build more infrastructures there

US talks tough while confidence in J-20 grows

An-225 Mriya aircraft will serve China

On November 2, 2019, at the flight conference of the Chinese aircraft industry Hongdu Aircraft Industry Group (HAIG), which is being held in Nanchang, a presentation and demonstration flights of the light combat (training) aircraft L-15B, which is a modified combat version of the HAIG training and combat training aircraft, were held aircraft L-15 (JL-10).

As previously reported by bmpd colleagues, the L-15B two-seat aircraft is intended for use as a light attack fighter and a transitional combat training aircraft. Unlike the “base” L-15, the new L-15B aircraft is equipped with AI-222-25F engines developed by Zaporizhzhya Ivchenko-Progress Design Bureau and mastered by Motor Sich JSC with afterburner - afterburner version of AI-222-25 engine . Also, the L-15B aircraft should be equipped with an onboard radar (supposedly with a passive phased array), a self-defense complex, an arms control complex, including a controlled one, and have 11 external suspension nodes. 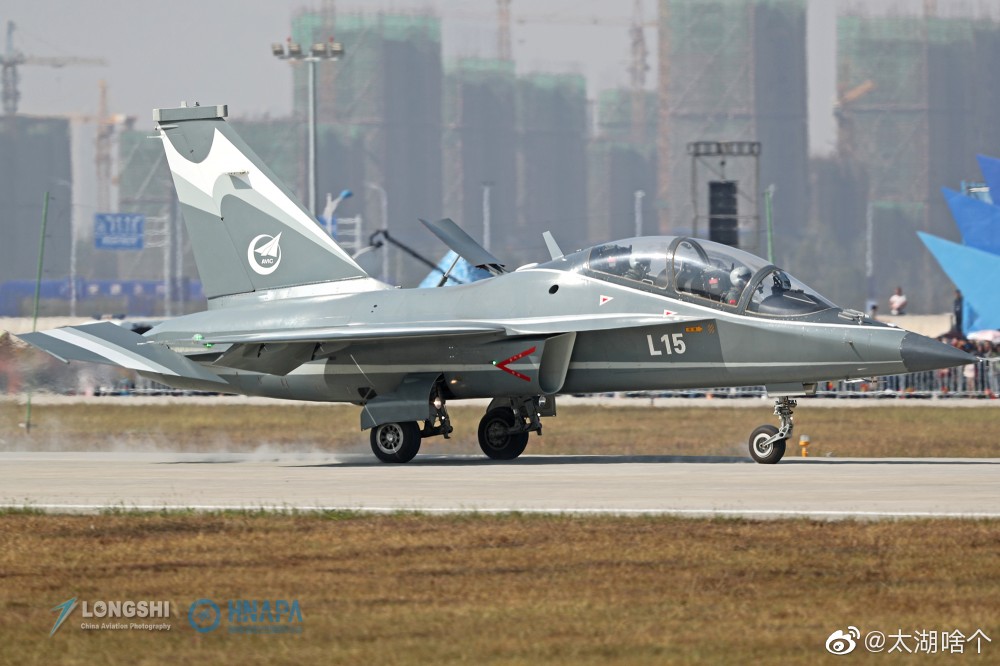 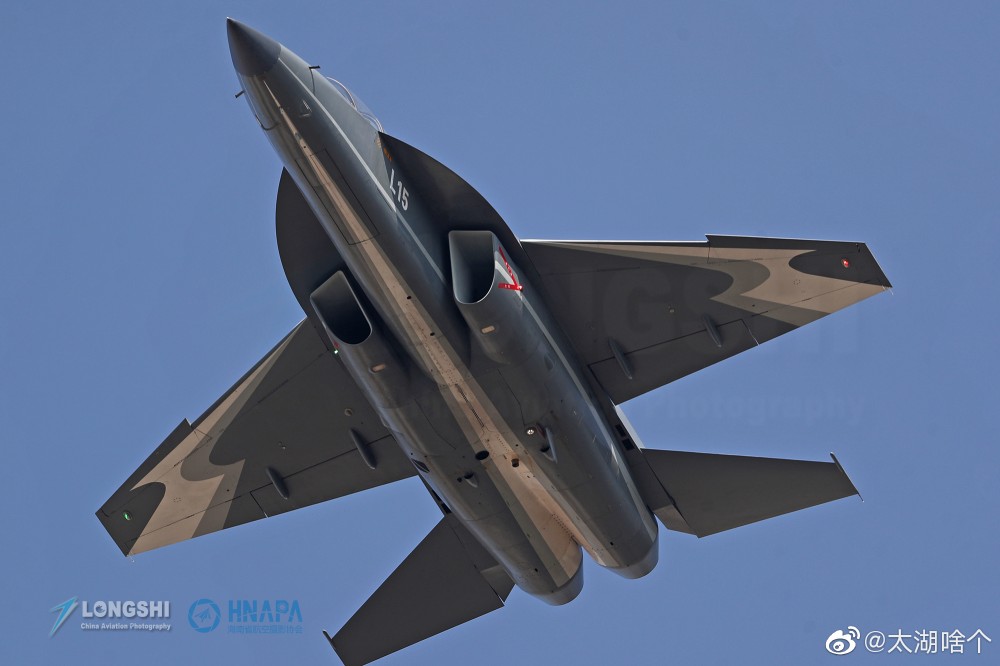 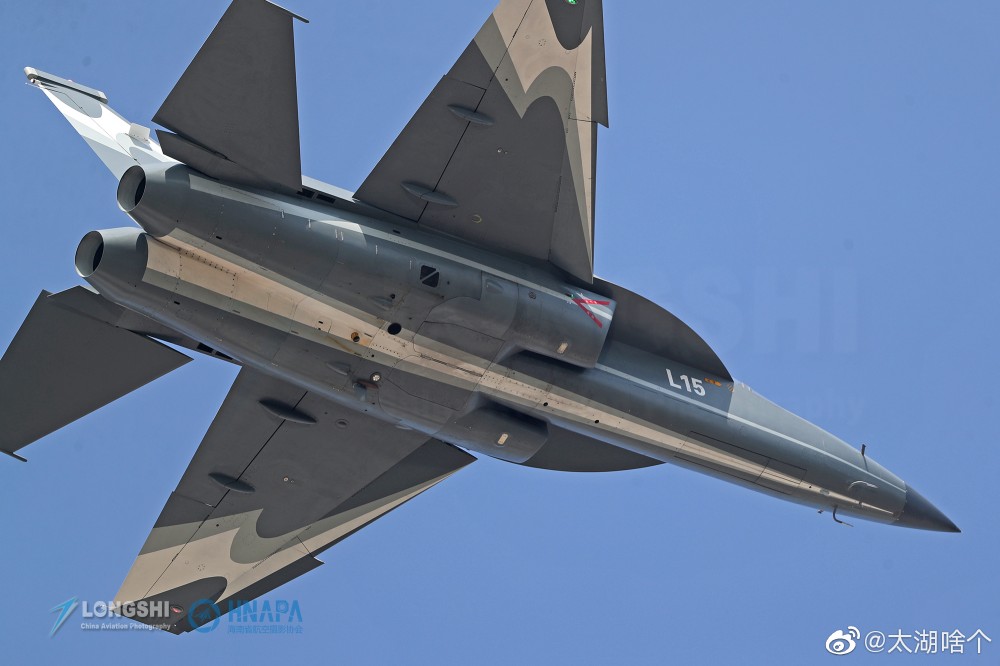 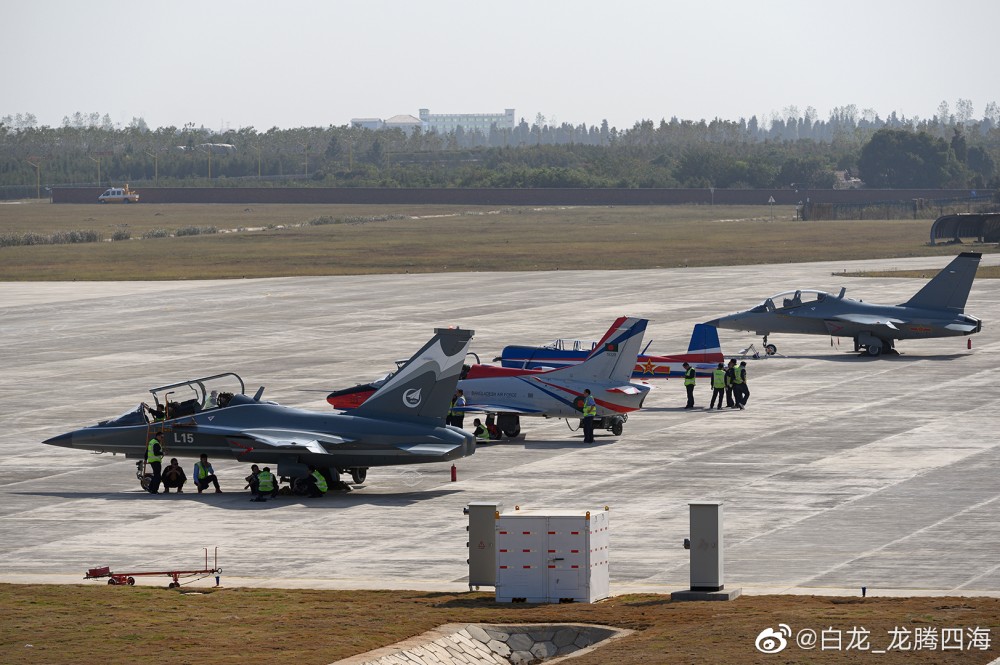 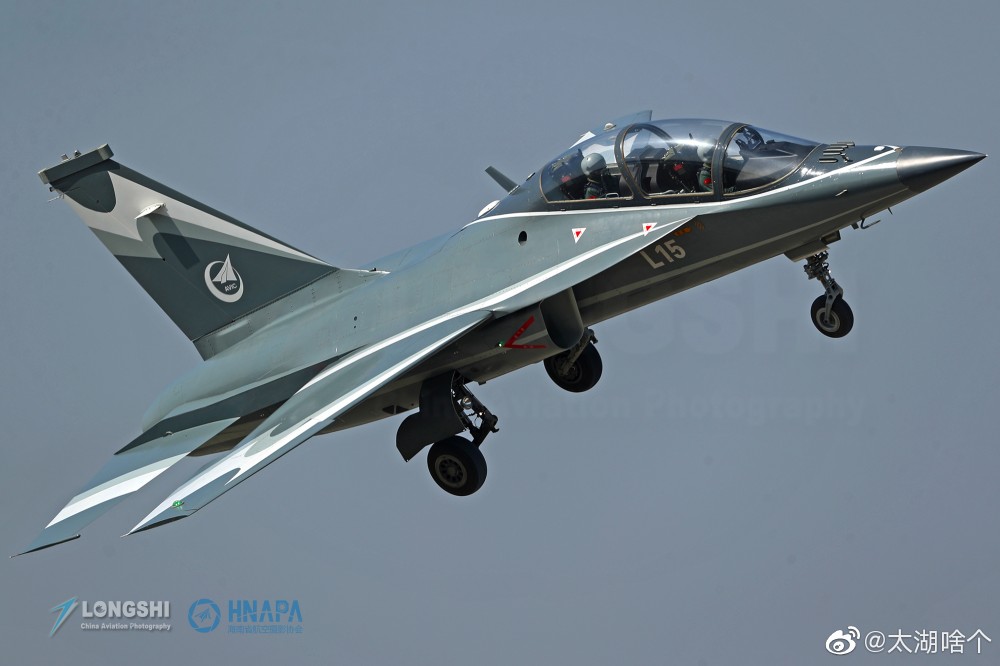 Also, the L-15B aircraft should be equipped with an onboard radar

Looking how small the nose is, the only radar that could fit is a variant from air to air missile inboard radars unless they remove the front seat and makes it a single seat variant with a decent radar in front.

The most surprising is that russians don't use the engines on their own yak-130.
GarryB

The most surprising is that russians don't use the engines on their own yak-130.

You find it surprising that Russia does not use Ukrainian engines in its lead in fighter trainer?

Afterburner in this case would allow heavier takeoff loads and operations from shorter airstrips, as well as better recovery and acceleration in some situations, but the other effects of higher top speed and shorter flight range are not so relevant to a jet trainer.
Isos

My bad I thought it was a russian company.

Afterburner and radar would make the yak 130 a fighter jet and not a trainer aircraft. It's about making a version not changing the basic trainer.
GarryB

It would add weight and the capacity to burn a lot of fuel very quickly, which might improve its performance in the air to air role but also dramatically shorten range... especially with a payload.
George1 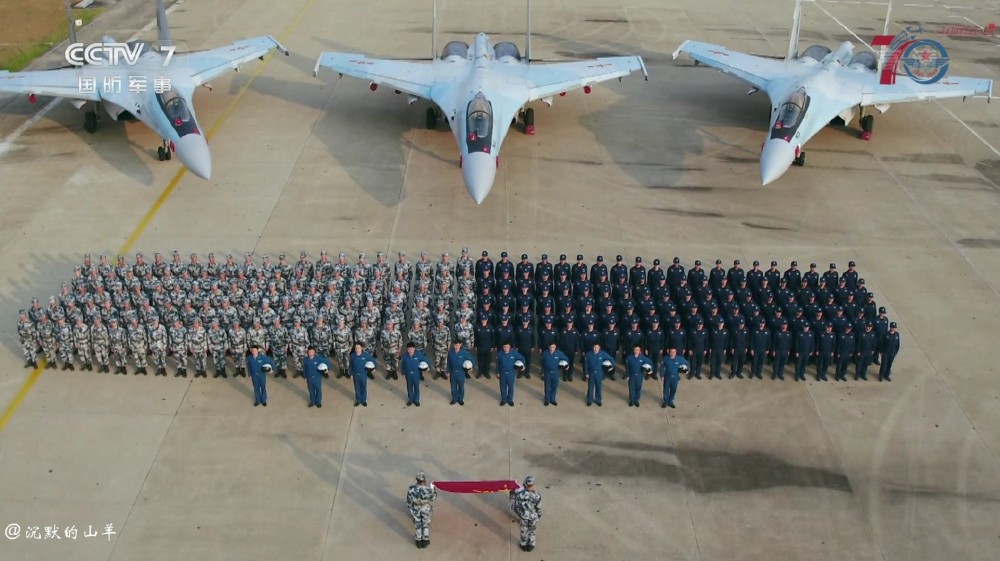 Guam would be very likely destroyed in the first minutes of a conventional war.

Too bad they didn't include anti ship missile's range fired by their numeros corvettes/speed boat/frigates if they operated near the shores (100-200km). F-35 range is (overestimated ?)not enough to hit deap inside China without puting the carrier in total danger.

We can also see that S-400 cover Taiwan totally and they could use their f-16/mirage only at low altitude thus burning their fuel quickly and making very hard any interceptioniif chinese bombers. There frigates also carry fort M with 150km range and wouldcover Taiwan even better than the s-40 on the coast. 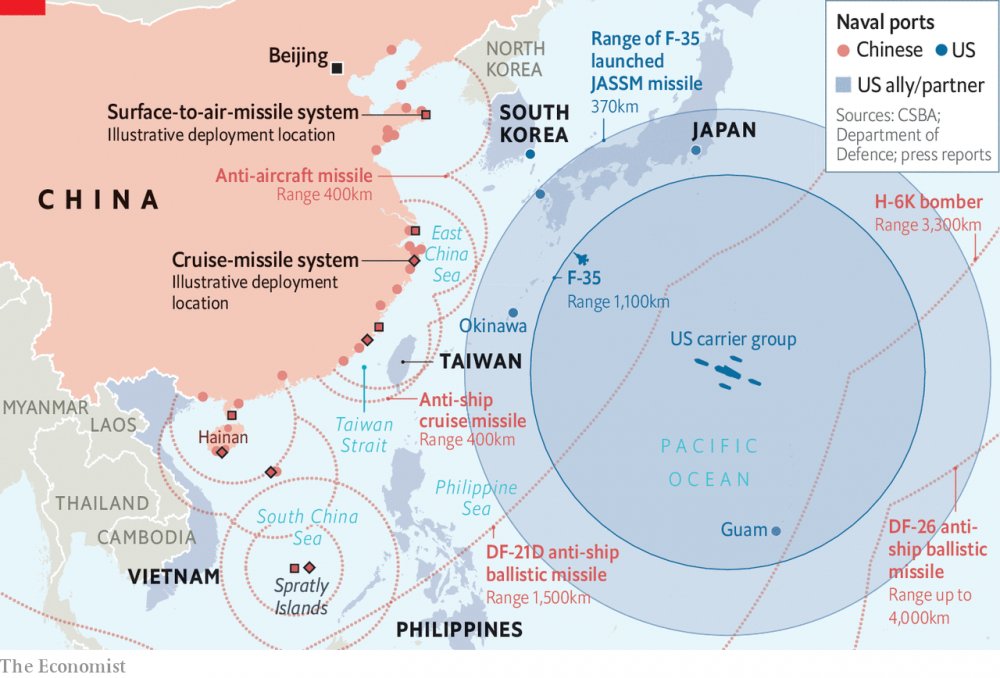 Yeah, on that website there is an article about Chem attacks in Syria which seems to suggest Assad was responsible for over 80 chemical attacks... I wonder how much money they get from the US State Department for that bullshit.
Isos

China is developing a new 5th generation fighter. It is their third project after j-20 and j-31. It is called JJ. Developed by Shenyang which made the j-31, it may be a replacement for the j-31 which seems to be a failure and proposed only for export (failed too because no one bought it). Shenyang developed also the j15 which is also a failure. Some think it will be a carrier based fighter. It was started in 2018 and may see a prototype very soon if they really make it for their carrier.
GarryB

Failure is relative... the YF-23 was a failure because they chose the YF-22, but I think the 23 was a much better looking and more ambitious design that probably could have resulted in a much better aircraft.

Certainly the YF-22 was very conservative... basically using the same wingform and layout as the MiG-25/F-15 is was effectively replacing, whereas the YF-23 was actually something new.

Look forward to seeing this new Chinese design.... and all the bullshit comments on the internet about it is both the best and the worst aircraft in the world...

Can anyone ID what is the thing on the first pylons near the rocket pods ? 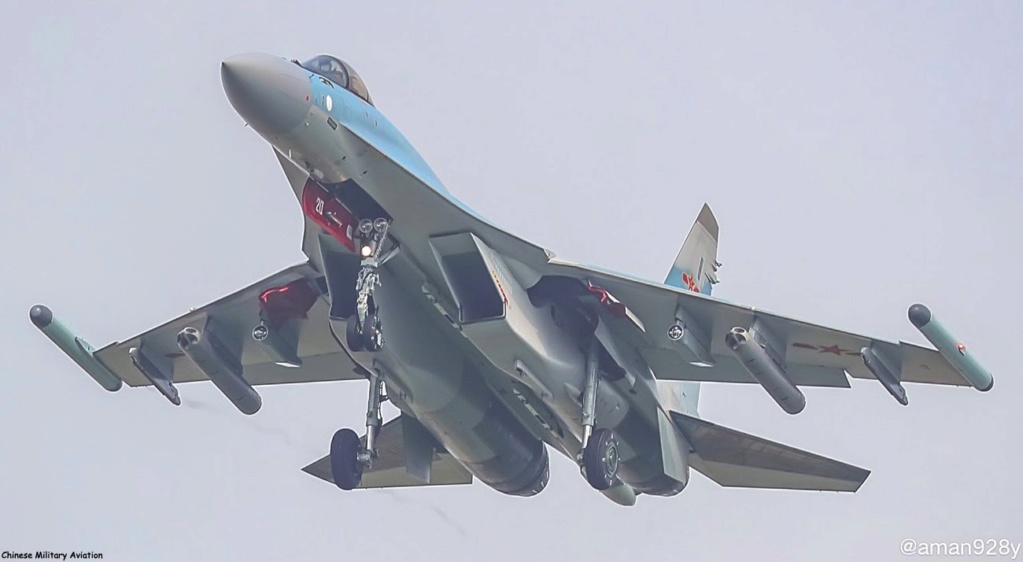 Looks like the fixed acquisition round version of the TV-guided KAB-500. For training purposes.
GarryB

I would say the same but it is odd to carry two...

Normally you would carry an inert model of the munition on one side to simulate the effect of carrying it, and the working sensor model on the other so you can practise locking targets using the actual optics of the real weapon without needing to carry the real weapon around.

This is the Russian KAB captive seeker... the Chinese version might look different:

I thought it was some sort of targeting pod then whybwoukd it carry two.

I agree that's weired that the training round is different from the real round. Not the same effect on the plane and the ground crew is not trained with the real weapon whuch may lead to mistakes when using the real.

So the chinese invested lot in su-35 which contradicts the main idea saying they bought it for thrir engines. They have plenty of weapons with ot and even jammer as we can see on the picture. Probably their best fighter right now.
Tsavo Lion

The body shape and the fact that they are carrying two suggests to me it might be some sort of 3D imaging system, or targeting pod that works in 3D, or perhaps it is some sort of jammer like like an aircraft mounted SHTORA dazzler to defeat IR guided missiles... but the fixed forward nature of them makes me think more targeting pods because the biggest threat an IR missile poses is still from the rear...
Isos

That's very unlikely Russia gave them source codes to implement their own stuff on the Su-35. More like a training bomb like suggested. 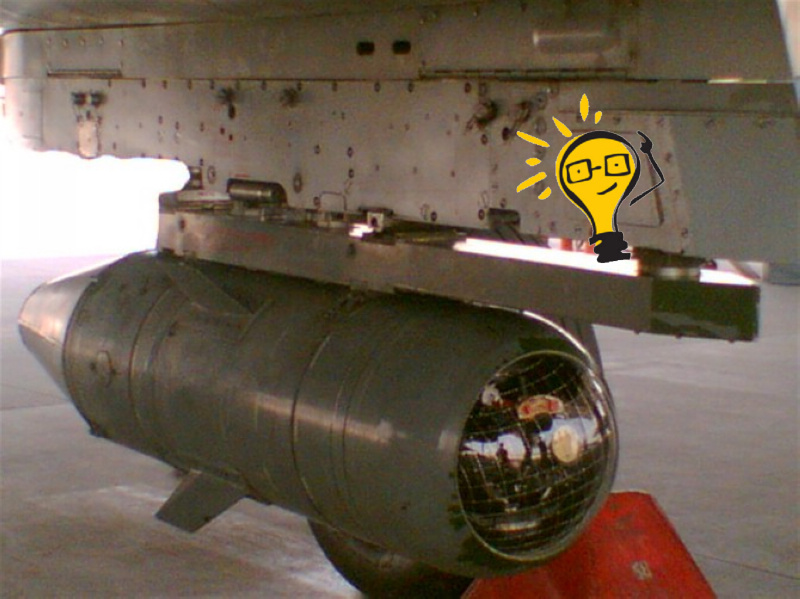 Did you find that by looking at my post above?

The item in question is a thickened weapon pylon with an optical system at its front... I mean the most obvious difference is that the training seeker is round and the item on the aircraft is squared...
Isos

Did you find that by looking at my post above?

The item in question is a thickened weapon pylon with an optical system at its front... I mean the most obvious difference is that the training seeker is round and the item on the aircraft is squared...

I just googled kab 500 on google. But I already knew about your link.