There isn't much known about 'Malva', but it wouldn't make any sense not to include the range improvements from Koalitsiya. Likely they chose in production parts (Msta-S) and excluded the improved autoloader and barrel-coolant system, but probably kept the microwave ignition (for improved range and safety): A compromise on weight, expense and capability.
GarryB

Yeah, that drawing is just silly... look at it closely... if you cut the normal turret of any SPG off there there is no place for the gun breach, no where to load it from... it is totally stupid... unless it is hand loaded from behind the vehicle...

Why waste all that space on the back of the truck for boxes presumably of electronics or does the gun turn 180 degrees to fire and those boxes contain the ammo?

Yeah, it just looks like a drawing of a truck with a gun with all the important parts of the turret removed drawn by someone who doens't understand what a gun is and how it works. 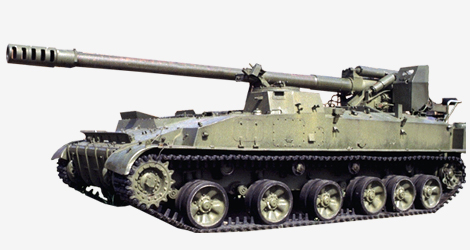 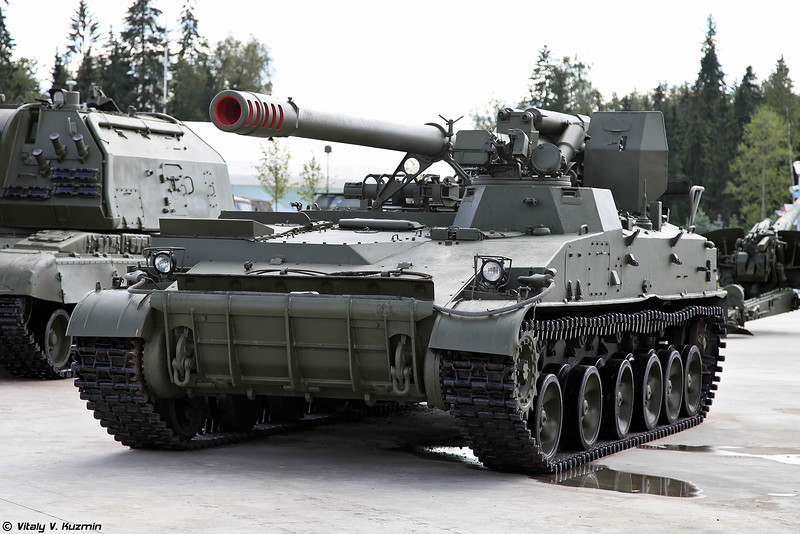 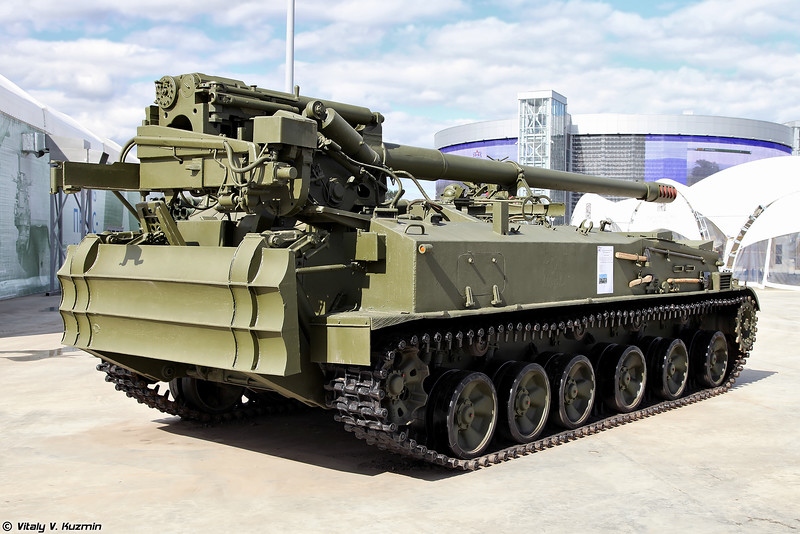 Looks like a wheeled successor to the 2S5.
hoom

Pics not showing for me so from https://bmpd.livejournal.com/3809521.html

This looks like the sort of currently popular relatively cheap & light truck mount I was suggesting in other thread a while back, possibly still a bit big/heavy but as long as thats a more or less standard modern truck with shared parts with main trucks being built for the army it should be ok.

Design for quick shoot & scoot, cheap enough to build a large amount of them -> reduce the impact of counter-battery attrition.
PapaDragon

They have mentioned that towed guns are much better than even wheeled ones, so I would hope they make a decent towed version and develop a hybrid model that can be fired from the back of the vehicle that carries it or it can be towed by other smaller vehicles in places where that bigger vehicle can't go.

So if it is replacing both SPGs and towed guns then it needs to be able to be used as either... ie mounted or dismounted...

The Hosta with a 120mm gun mortar fitted in the same chassis was supposed to replace the 122mm guns, but that was a temporary solution I would assume.

It seems they have re-evaluated the 122mm D-30 towed gun (it is an excellent piece) with experience in Syria, and have a new appreciation of towed guns, but what conclusions are they drawing?

Wheeled and towed guns mean mobility across poor terrain and also the ability to be airlifted much more easily than a heavy SPG. Its road mobility is much better being wheeled whether being a wheeled SPG or a towed gun with a truck prime mover.

There was a 152mm gun on the D-30 chassis that was nominally to replace the 122mm D-30 gun but it was not widely deployed.

The question is... will having two different 152mm guns (one long range and heavy and big, and one shorter range and lighter and smaller but still with a heavy shell) be better than having the 122mm calibre together with the 152mm guns.

This is going to be interesting.

We have recently seen the Typhoon truck with a Pantsir on the back... look forward to seeing a 152mm howitzer mounted on a Typhoon based truck too...

Note for those not familiar, a gun is generally a long barrelled high velocity weapon intended for long range, while a howitzer is like a long range mortar with a heavier shell and bag ammo that can be varied depending on the range to the target.

Gun shells often come in at an angle, while mortar and howitzer shells come in nearly vertically. The fragmentation pattern for mortar shells and howitzer shells is generally more even and effective around the point of impact, while a gun round is often distorted by the angle of impact.

Reduced propellent charges for howitzers means shooting at close by targets are much more accurate with indirect fire because a reduced propellent charge means the round does not go up as high as it would have if it was a gun fired into the air to lob rounds on a close by target. The shorter flight time means less time for the target to move and less time for wind and other factors to move the round off course.

Getting rid of the 122mm calibre makes sense as it saves money and reduces the number of different calibres they have... right now they have 115mm smoothbores, 120mm gun/mortar calibres, 122mm artillery gun calibres, and of course 125mm tank gun calibres.

With a long barrel gun/mortar the 120mm guns can almost reach the range the 122mm guns reach, and the 120mm gun can also launch mortar bombs etc as well.
d_taddei2

Doesn't seem to bad an idea although I'd agree it would be better to have an archer type system or like Serbian systems. Am sure Serbia would be willing to share it's research on its own system to Russia on producing a similar system. As for replacement for 2S1 I'd say that a towed, wheeled and tracked systems be designed all have it's advantages and disadvantages.
GarryB

Well you could argue that we are looking at a Serbian system with export success and assuming it is what the Russians need.

The Russians have experience in Syria and elsewhere from various exercises and they clearly are working on something.

What do they intend for this version?

They have stated that towed guns are useful and wont be replaced by wheeled or tracked versions because towed models simply have better mobility and can be taken into places wheeled artillery and tracked artillery simply cannot be taken to.

Half way up the side of a mountain you could set up a towed gun and pile ammo next to it... land it by helicopter... there is no where to move it to so no need for a wheeled or tracked model which would likely be too heavy to land by helo anyway.

Loss of fire power with lack of auto loading system is not that big of a deal because the alternative is not a serbian model... it is no model at all because you wont get a bigger heavier more automated gun into that position.

Rate of fire is important for area targets because the first few rounds that hit the ground tell the target to get under cover... within about 20 seconds anyone not killed or injured already should have made it to a trench or some other covered position, so rounds landing after about 20 seconds from the first impact are going to need to be direct hits to be effective.

Which of course means only the first rounds count in every barrage.

The thing is of course that half way up a mountain or in some swamp or in very rugged country it is more likely you will use a gun like this as a sniper and to blunt an enemy attack on your position rather than as standard artillery.

The range of modern artillery makes it very powerful but also means a unit on the top of a mountain or half way up the side of a mountain could be supported from a range of locations around the area not actually up that mountain. The position provides a view and needs to be defended but the gun could be located somewhere else and still deliver effective fire with modern ammo and artillery technology.

New guns are described as being robots... the data is collected by front line units like UAV or frontline special forces or tank commanders or individual soldiers and passed up to HQ where artillery resources are managed and target data calculated based on the calibre and range and location and ammo readiness of each unit and targets allocated... a Coalition will autoload the correct shell with the correct fuse setting and the gunner will press the fire button. For a towed gun or older vehicles the angle and elevation settings will need to be applied manually...
PhSt