I have never understood why one would not have a mussle break. You don't really lose any range and you reduce recoil....plus you produce a less definite sound signature.
GarryB

Their old 57mm, 76.2mm, 100mm, and 130mm guns didn't have muzzle brakes... most had automated muzzle covers to keep the salt air out of the barrels one assumes, but no muzzle brakes.

It seems Gorshkov was send to test Zirkon missiles. 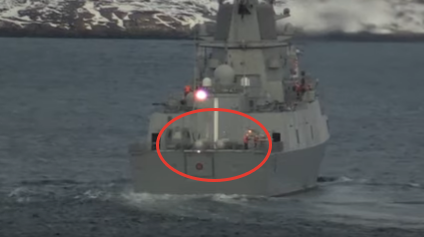 What makes you think those are Zircons?

What makes you think those are Zircons?

It's on twitter. Idk if it is official though.

There are russian twitts also but I don't read russian.
Arrow

Cirkon will be test the end of year. So last day on December. Not now.
Isos

Arrow wrote:Cirkon will be test the end of year. So last day on December. Not now.

in terms of stupidity on this forum you get the 1st place.
kumbor

I think these are simply torpedoes  without warheads.
Isos

Gorshkov carries only paket nk torpedoes which are smaller than that. Those things seems to be missiles in their canisters and they occupy all the lenght if the helicopter pad so ~10m long.
owais.usmani

But if Gorskov is leaving to test zirkon, why would they be lying out in open on the deck instead of inside the UKSK VLS?
Isos

They could be reloads which will be put in the VLS by a ship that has a cane. Or they can't use them from UKSK and plan to use them from the back by elevating those two canister and use Gorshkovs computers to program the missiles.

There is still nothing official.
dino00

Arrow wrote:Cirkon will be test the end of year. So last day on December. Not now.

It has been known for a year that Cirkon will be tested at the end of 2019. Where's the news here? Let them finally show this missile, it will be something new or a test movie.
Rodion_Romanovic

Arrow wrote:It has been known for a year that Cirkon will be tested at the end of 2019. Where's the news here? Let them finally show this missile, it will be something new or a test movie.

in Russian it is циркон, you can transliterate the ц as either z or ts and the pronounce is something like [ts], so could you please use one of the following two spellings: Tsirkon or Zircon?

The one you use looks like a mockery, but I am sure it was incidental.
hoom

Its certainly interesting timing to see canisters on the deck at a time when press are saying Zirkon is about to be tested.
But doesn't make much sense that they are on the heli-deck if its UKSK compatible?
GarryB

Carrying the tubes there is interesting, because it would mean they can't use their helo... so why are they displaying these tubes?

The test launch is supposed to be from a test platform rather than a ship, so maybe they are just transporting the missiles as a show for the public knowing there are plenty of eyes and cameras following their every move anyway to get a glimpse of this new system...
Arrow

And so for the next 10 years the public will not see the Cirkon missile. For many years there were no photos of P-700. wrote:
Hole 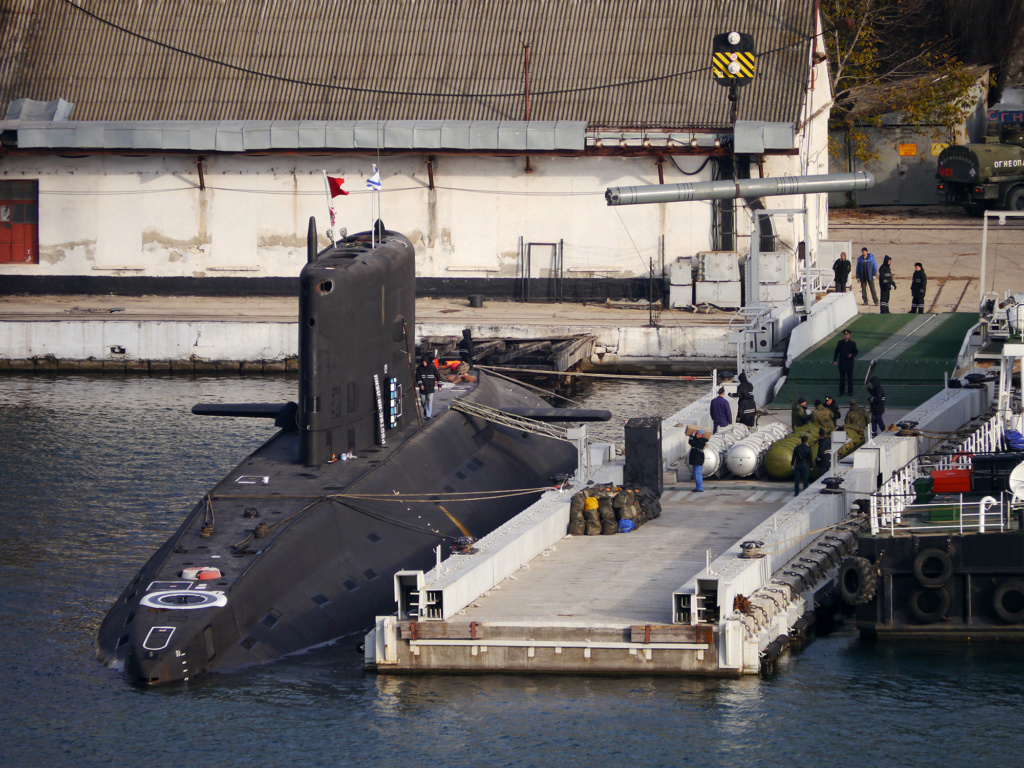 For comparison: Kaliber missiles in their transport canisters
kvs

Some NATO troll pissing in the thread. Where's the yanqui variant of the "cirkon", eh, clown?

According to Bolton Russia stole yanqui hypersonic tech. Even though yanquis don't have any actual hypersonic missile systems.

Today, the head frigate of project 22350 “Admiral of the Fleet of the Soviet Union Gorshkov” arrived in the White Sea naval base of the Northern Fleet. In the near future, in Severodvinsk, the ship will undergo preparation for testing new types of weapons and will go to the White Sea to conduct test firing.

The ship’s interbase transition took place under favorable hydrometeorological conditions. While sailing in the Barents and White Seas, the frigate’s crew worked out the organization of marching watch and conducted exercises to combat the survivability of the ship on the move.

And so for the next 10 years the public will not see the Cirkon missile. For many years there were no photos of P-700. wrote:

The Russians have no obligation to show any weapon system... it is in their interests to control what is seen and when... the T-64 was in service for about 10 years before decent photos of it were revealed... it was their best tank of the time although it had some growing pains and issues.

If the Soviets go showing off the P-700 the west gains information about its physical shape and dimensions... which leads to more accurate assessments of its performance and more realistic assessments of the threat it represents.... showing it before it is in service is just showing the enemy what they need to do to counter it.

The difference with Zircon is that it will be compatible with launchers fitted to new and upgraded ships and subs across the Russian fleet... P-700 went in to service slowly it was only carried by three types... Oscar class subs (24 per vessel), Kirovs (20 per vessel) and the Kuznetsov (12 on one vessel).

In comparison an upgraded Kirov will be able to carry up to 80 Zircons in one ship and upgraded Oscar class subs 72 each.

But back to revealing the missile... this one wont be for export for a little while... upgraded Onyx missiles will likely be first to be exported.... I suspect they will eventually use it in an exercise and NATO spies will be bending backwards to film that... which will be funny... but then they might just display it at the next MAKS or military parade in Moscow.
Arrow

But they showed hypersonic Kindzal and such a brand new the Burevestnik nuclear-powered missile. Why is Zircon kept so secret?
Is it certain that Zircon is powered by a scramjet engine? Could this be another solution. Maybe a regular rocket engine like Kindzal?
dino00

Arrow wrote:But they showed hypersonic  Kindzal and such a brand new the Burevestnik nuclear-powered missile. Why is Zircon kept so secret?
Is it certain that Zircon is powered by a scramjet engine? Could this be another solution. Maybe a regular rocket engine like Kindzal?

If you are beeing serious you remember that both the missiles you talked weren't show clean, they were blurred or whith a carpet

But they showed hypersonic Kindzal and such a brand new the Burevestnik nuclear-powered missile. Why is Zircon kept so secret?
Is it certain that Zircon is powered by a scramjet engine? Could this be another solution. Maybe a regular rocket engine like Kindzal?

They will do what is in their interests.

Showing Kinzhal and Burevestnik was probably to make the west realise that although Russia is only making frigates and corvettes that NATO navies do not have dominance of the sea around Russia including the arctic.

It is muscle flexing.

During the 1982 conflict in the Falklands the British lost several modern ships to Exocet missiles... a missile they had in their own service... after the conflict the British said they lost several ships to sea skimming missiles but it is OK because the Soviets didn't have any sea skimming missiles so they were fine... their main change was to put mounts all over their ships to allow FN MAG machine guns to be pintle mounted for air defence.

The Soviets added mounts for 12.7mm machine guns on their ships in that period too... which just shows they watch and try to learn from everything... but they chose to remain quiet about the Moskit missiles... SS-N-22 Sunburn missile they were just putting in to service that had a better range than Exocet (120km range for the surface launched version vs about 90km for Exocet of the time), and flew at a max height of 300m to find its target and then it dropped down to below 7m altitude above the water at mach 2. Of course Exocet was a 600kg missile you could load on to a tactical aircraft, while Moskit was a 4.5 ton ramjet powered supersonic anti ship sea skimming missile intended to defeat AEGIS.

STANDARD SAMs of the US Navy couldn't hit targets below 7m so they would be defended with Phalanx in an attack from Moskit...

If Zircon was rocket powered it would have been in service already... Kh-32 is rocket powered and flys at mach 4.5 at 40,000m altitude... Zircon will fly twice as fast...
GarryB

I suspect they also released information in the hope that the US would want to renegotiate some treaties like the INF treaty and the New Start, but American arrogance... they think they can spend money and make something better... this is going to be very expensive for the US.
Sponsored content