Isn't that the new pylons 11 & 12 for heavy anti-ground weapons?
medo

hoom wrote:Isn't that the new pylons 11 & 12 for heavy anti-ground weapons?

Yes, they are inside underwing pylons 11 and 12.

GarryB wrote:And I noticed something... on the engine nacelles there is the usual weapon pylon but behind it and to the side there is a bulge... and there is a similar bulge on the opposite nacelle... it looks like it is part of the self defence suite or perhaps an optical system for air to ground use. 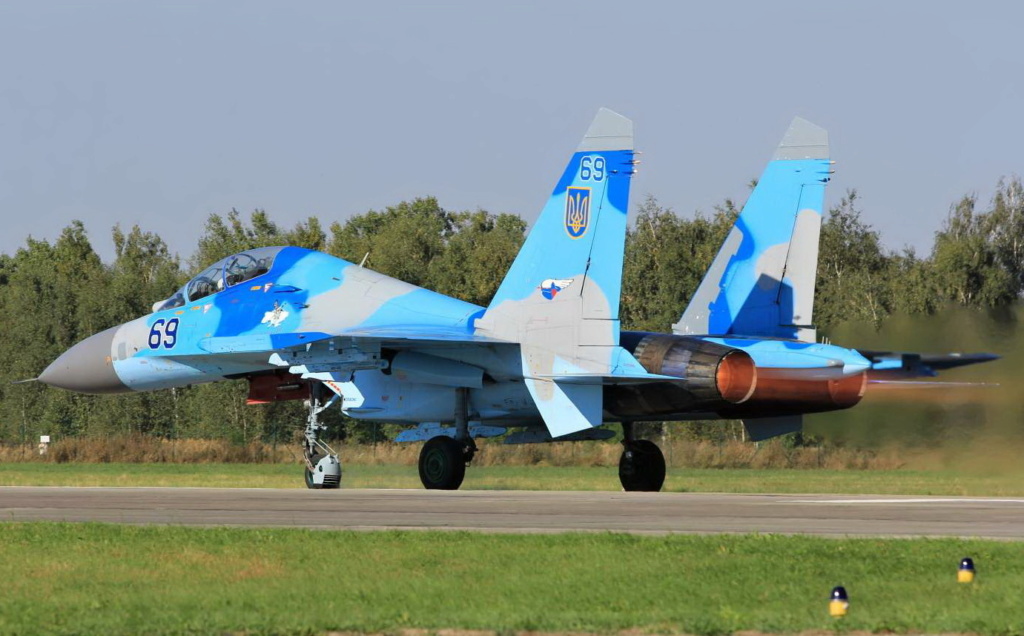 On this photo it could be seen, how the main leg is fixed with that bulge.
medo 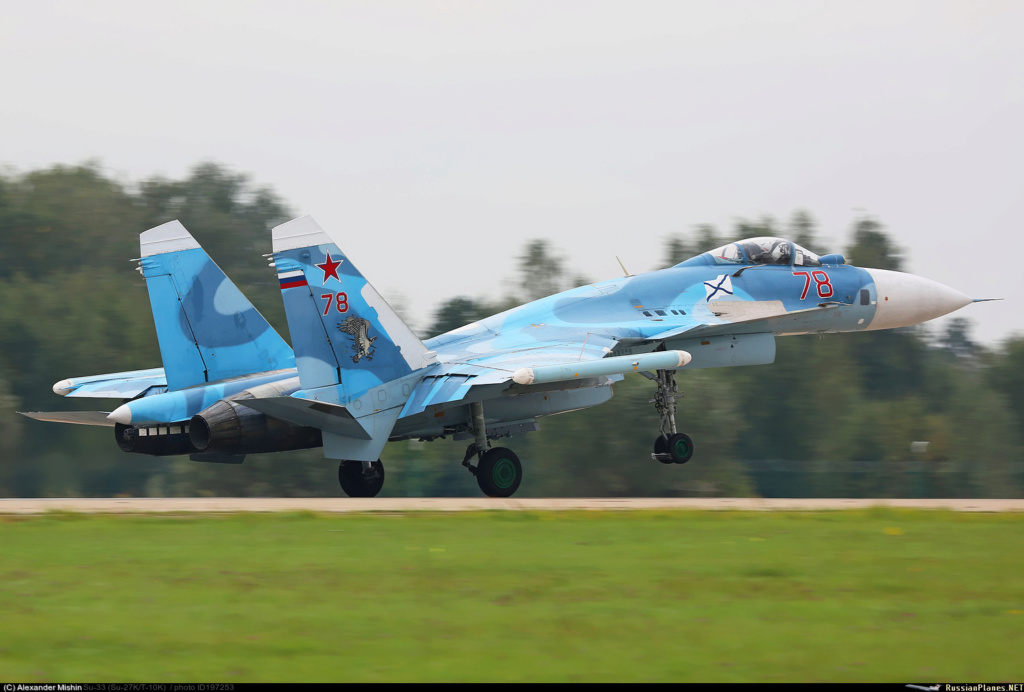 I hope here could be seen, how the main leg is locked in the bulge.
GarryB

Funny I never noticed those before... getting old...

Nice vid Medo... thanks for posting...

I think a group of Su-25UTG trainers will be now stationed in Yeysk to train new young carrier pilots.
Hole

Carrier version of Yak-130 would be great.
Isos

Hole wrote:Carrier version of Yak-130 would be great.

They already have twin seater su-25 that is similar to yak-130.
medo

Russian naval aviation training center in Yeysk need new trainers, both Yak-152 and Yak-130 to train their own pilots. Yak-130 will do all advanced trainings for pilots of all types of combat planes like MiG-29K, Su-30SM and Su-33. But for carrier deck trainings like ski jump take off and arrester hook landings Su-25UTG is good enough. With MiG-29K taking carrier duty and Su-33 becoming ground based fighter, all Su-25UTG trainers could go to Yeysk as MiG-29K regiment have their own MiG-29KUB twin seaters.
Tsavo Lion

AVIATION OF THE RUSSIAN NAVY. PALE SEMBLANCE OF FORMER MAGNIFICENCE

He's absolutely right. In the Soviet VMF the NAF, SSNs & SSGNs were the main striking forces, not the surface ships.

Russia's navy Aviation was pathetic during soviet times and 90's. Su-24's just do not hold a candle to Su-30SM and Su-34's.
Hole

The Tu-22M3 missile carriers were taken over by the VKS.
Tsavo Lion

miketheterrible wrote:Russia's navy Aviation was pathetic during soviet times and 90's.  Su-24's just do not hold a candle to Su-30SM and Su-34's.

Before 1991, it had bigger # of a/c & more power. Now the Russian NAF is still building up to hopefully that level.
There r no Su-34s in, & none r planned for the NAF so far: https://en.wikipedia.org/wiki/Sukhoi_Su-34#Operators

Su-34 production continues at a steady pace of 16-18 aircraft a year. Sixteen aircraft remain to be delivered. When the full order is completed in 2019, the Russian Air Force will have had nine operational squadrons of Su-34s. http://aviationweek.com/defense/russia-pursues-isr-and-electronic-warfare-versions-su-34-5

Typically for the mostly land based NAF, its inventory procurement is on the back burner.
GarryB

Its sea going air power was rubbish compared with Su-33 and MiG-29KR today.... and I seem to remember landing support within range was given by Su-17s... not the most potent air support...
Tsavo Lion

The VVS (AF) had AShMs in its inventory & was supposed to assist the NAF to defend the USSR. They didn't need huge NAF on a par with the AF then nor do they need it now.
medo

Russian naval aviation is just an image of state of Russian NAVY as such. In the nineties there was no money for navy, what means there was no money for naval aviation as well. Russian MoD take Tu-22M bombers from navy and give them to air force simply because this little money, that army got, went for ground forces and air force because of war in Chechnya. They transfer them to save them. Only after Kursk tragedy it become clear, that navy need money as well and first priority was resque equipment and than replacement of old ships and subs. Only after those first priorities comes naval aviation. They went with overhaul of Su-33 in KNAAZ and later modernize them with SVP-24-33. They bought a new regiment of MiG-29K/KUB. They buy two Ka-31 AEW&C helicopters. Start with modernization of Il-38N and Ka-27M and buying new Su-30SM multirole fighters. They are improving and they are buying new equipment. But it need time. They also build Yeysk training center to school and train new naval pilots. It will take time of many years before navy and naval aviation will be rebuild, but they are in the right direction. Naval training centers in Yeysk and in Saki are the most important part of it. First they need new young pilots and ground crews all the rest will come with time.
Isos

I know RBU launchers have really smart muntions but what about deapth charges launched from aviation ?

Those things can't be outdated since it is a very effective, simple and cheap weapon once you know where a sub is, it can sturate a big area with many of them without the need of using torpedo that can be jammed.
Hole

I do remember reading somewhere that they had a special fuse that could be attached to any aerial bomb like the FAB series of HE bombs that could turn the bomb into a sea mine, where it could be dropped in shallow water and effectively used as a simple mine... would not surprise me if they also had a depth charge model of the fuse, but have read no articles about it.
Isos

O this evil russians, defending their own country!

Hole wrote:O this evil russians, defending their own country!

Those interceptions are normal but sending armed fighters isn't. Wonder what happened ? Maybe they were in exercices and send there with their weapon load.
Hole