mack8 wrote:For the life of me i cannot understand why Russia is not delivering the 36 Yak-130s and 24 MiG-35s that they ordered, it will multiply SyAAF capabilities tremedously and help the VKS contingent with the burden, if SyAAF can wipe out more rats and more accurately itself then the job will be done faster!

Probably coz Syria cant pay for it now. And 24 MiG29s are not that cheap.
franco

Read from another source that it was Mig-29SMP level... the same as they are doing for Peru. Not sure of the difference but historically export versions are different from Russian military versions.
starman

On the Syrian MiG-29 was seen RVV-AE missile

Interesting video capture was published by the user social networking site "Twitter" @LuftwaffeAS. At the photo is visible the Russian missile "air-to-air" medium-range RVV-AE under the wing of the Syrian MiG-29. Availability of this picture may indirectly confirm the rumors that appeared earlier this year on the Syrian fighter modernization of MiG-29 variant of the MiG-29SM. 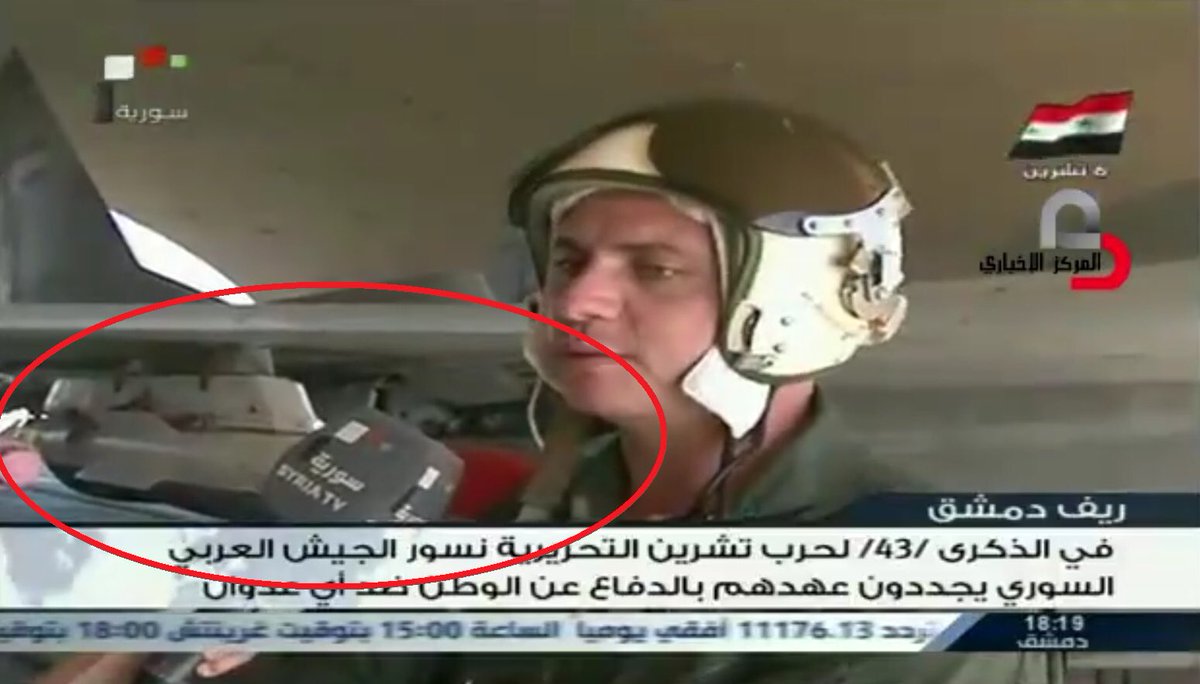 Does anyone know current aircraft numbers for Syrian airforce?
George1 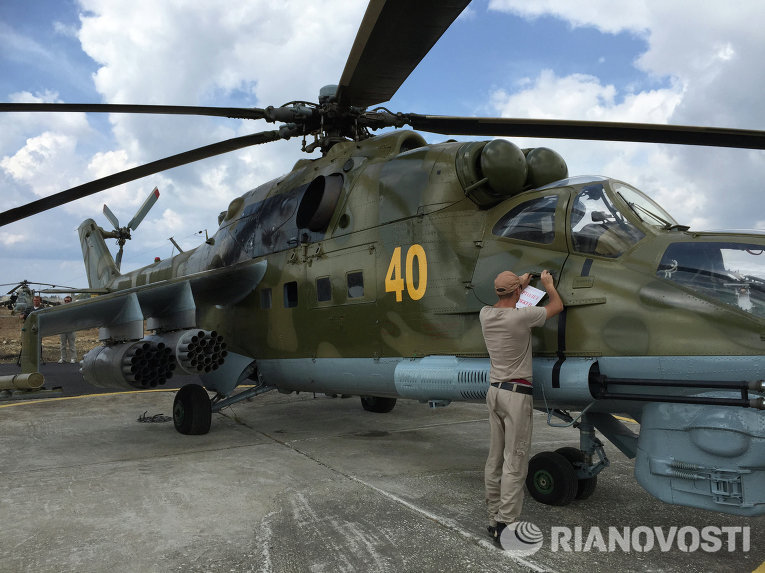 I always wondered why Russia didn't send it's reserve mig-23 & mig-27 to Syria. Possible reasons could be condition but I am sure that they will be providing spares. Mig-27 would have been ideal. Possibly the only way to get mig-27 now would be for India to donate or sell them very cheaply to Russia who then gives to Syria. Would have been good to see them get some action. And it's a way India getting something for them as they look to phase them out. Also I think China could have done more to help such as supplying ammo, sappers, humanitarian needs as well as giving Syrian airforce nanchang Q5 another useful aircraft
GarryB

When withdrawn from service in the 1990s they might have been useful but as they age and as parts are not kept for them and the people who worked on them and serviced them leave service they are becoming harder and harder to keep up to date.

At the end of the day it makes more sense for Russia to build new MiG-29M2s or Su-27SMs for Syria as they are rather more capable even as basic aircraft with minimal upgrades, but also the upgrade potential of both aircraft is much greater than any potential upgrade for the older single engined aircraft.

There is less profit margin in cheap products too.

It makes sense for Russia to transfer material that is still in rear area service to Syria and then produce replacements in the form of newer material to put in service in the areas the older material was taken from.

Hinds and Hips are useful rugged aircraft that will always be useful, but a MiG-29SMT makes more sense than a MiG-23 or 27.

For Syria even an old tank like a T-54 or T-55 is perfectly adequate as most of its targets on the battlefield will be soft targets that the 100mm rifled gun is ideal for.

A 125mm gun would be totally overkill with its more expensive and more powerful ammo being no more effective.
Airman 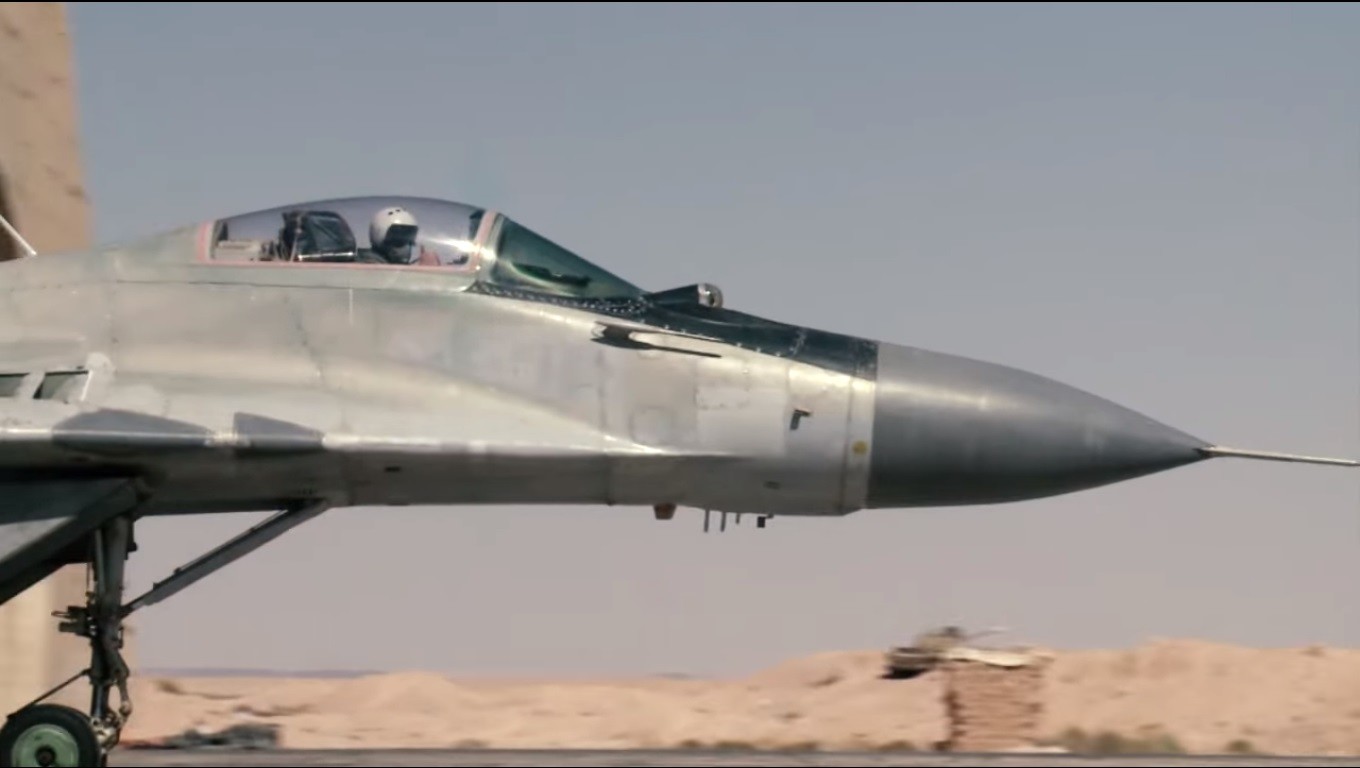 A video about the Syrian Air Force

The news of the day is amazing: three Israeli combat aircraft that participated in raids on Syrian military positions on February 10, 2018 were hit by automatic gunfire during an Air-Air combat with Mig-29 SMT Syrian.

Israeli military investigators found that one of the F-15s damaged during the raid had been hit by the Gryasev-Shipunov GSh-30-1 gun shells that specifically equipped the Mig-29.

The point of impact of the fragments of these shells were all behind the damaged Israeli F-15 and although no shells were lodged in the propulsion areas, the pilots had to eject very little time before the planned landing on a base in northern Israel.

This presupposes that the Syrian Mig-29 SMT (s) not only attempted to intercept the intruding airplanes but chased them so closely that it was possible to hit them with the cannons.

Similar shell fragments were found on the fuselages of two other fairly damaged F-16Is.

Syrian Mig-29 SMT have certainly hunted down the Israeli F-15s and F-16s to the heights of the Golan Heights. Israeli aircraft had, however, made an escape maneuver at great speed.

Confirmed reports in January of the mobilization of front-line Syrian aviation to deal with any new Israeli aggression have proven to be accurate.

Sorry for this translation, english is not my native tongue. I did all my possible. Thx for your understanding. Moreover the author of this article does have a very reliable informations. He never said what he did not know. He is a very reliable source.
The Mig-29 SMT proved to be very reliable design.
d_taddei2

What's people's view on what a post war syrian air force will be. postwar as in the war has officially ended.

I'd imagine all mig-23 will be retired or maybe at most a handful kept to keep flying hours for pilots. majority of mig-21 retired a squadron or two kept in til replacement. The rest of aircraft in inventory will be overhauled and possibly reduced slightly and some kept as spare parts. syrian armed forces budget will likely be reduced to help cope with economic recovery and rebuilding of the country. its very likely they won't publically announce these reductions.

same will happen will some ground forces equipment especially the older stuff and items where ammo has been depleted like 180mm artillery guns, B-10/11, etc if ammo isn't already depleted.

The only way syria is going to get anything will be through donations, token prices or loans and the latter could be slim.

Maybe some mig-29SMT or older su-27 from russia and why not chinese jf-17 because china will play a big role for rebuilding the economy.

Anyway it will be very low numbers. They lack pilots and money to use many planes so all older migs will be retired. They will keep mig-29 maybe upgrade them with russian help to some standard lower than the SMT.

Why not also give china a naval base and let them operate SAM, awacs and destroyer from there.
d_taddei2

syrian armed forces will likely at the end of the war reduce its forces by quite a bit and efforts will be focused on rebuilding the country of course security is still important and they will retain a large reserve forces. They will have a large amount of experience from the war.


As for equipment in the public eye and on paper it will remain looking large but in reality most equipment will be retired. aircraft more so. flying hours will be drastically reduced. and syrian defence budget will be reduced unless Iran gives funding.


ground forces will likely keep whatever is still in reasonable shape. Most aircraft will retired will cannibalising from other aircraft to others flying. air defence will likely remain as is.


As for any form of procurement/donation/token prices etc. It's highly likely it will only come from Russia Iran and Belarus. ground forces will likely operate soviet era equipment for many many years and I'd expect small purchases of overhauled minor upgraded equipment you might even find that syria will only pay for the overhauling minor upgrade and transport of the equipment. As for aircraft it's very unlikely that they will get anything new maybe at a stretch yak-130 & mi-17 & mi-35. you will likely find in a similar deal as I mentioned for ground forces paying for overhaul etc for ex Russian su-24, mig-29 (minor upgrades), su-27, L-39, mi-24, mi-8. air defence is likely the only thing that they will buy new and in very small numbers. of course Russia could sell them older systems such as S-300, tunguska, sa-8, sa-13, and I'd imagine stocks of sa-3, sa-5, sa-6 missiles will continue.


All in all the Syrian forces equipment wise will remain very dated for at least the next 10-15yrs. And your likely to see a greater presence of iranian equipment both obtained from during and after the war. Their greatest assets being experience and and not just regular troops but having an experienced reserve force.

As for China I doubt any military assistance will ever happen. when syria was on its knees China did nothing. anything military with China will only involve a purchase of equipment and syrian won't be buying much for sometime. As long as Russia and Belarus has vehicles in storage syria won't be buying Chinese vehicles. and I highly doubt purchases of Chinese aircraft when Syrian pilots have been flying soviet aircraft for decades and as I stated they will likely only get secondhand aircraft from Russia it also means less training and maintenance training.
Cyberspec