Airman wrote:Ahhh neighbor... Those Tanks and Armored Vehicles were deployed near Iraqi Border.

Yeah, where there is no Army presence of any sort. Just KRG police/militia. Safe choice.
JohninMK

Iraq and surrounding countries and Kurdish independence - politics and economics

Much to my surprise I couldn't find a thread on this. If there is can a mod move this?

There is clearly a very different attitude to voting and elections in that part of the world. Perhaps not having the West's experience of decades of democracy has something to do with it.

Iraqi Kurds are taking to social media to show off the fact they used multiple voter cards in today's referendum.

Barzani officials urged Kurds voting yes in referendum to vote 4 times in case other copies get lost during handling ????


Barzani fanatic votes yes on behalf of his village #Kurdishreferendum ???? 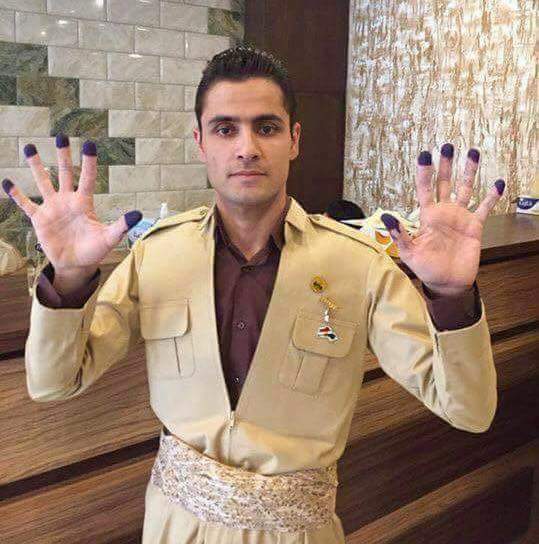 This is all about to get very, very interesting.

The Kurds are really about to do themselves over.
JohninMK

Just spotted this from the 20th last week. Not sure whether to put it here.

Moscow is playing an interesting game here. The Syrian Kurds will be paying mucho attention.

LONDON (Reuters) - Russia, the only major power that has not called on Iraq’s Kurds to cancel a referendum on independence next week, has swiftly become the top funder of Kurdish oil and gas deals, with as much as $4 billion pledged in less than a year, industry sources say.

Washington, European countries, Turkey and Iran have all lined up to oppose a move by Iraq’s Kurds to hold a Sept. 25 independence referendum, which the Kurds consider the culmination of decades of struggle for a state of their own, but Iraq calls a violation of its constitution.

This week, the White House issued a statement calling the planned vote “provocative and destabilizing”, noting that it will take place not only within the autonomous Kurdish region itself but on territory that is disputed.

But Moscow has issued no such call to cancel the vote.

The full value of the deal has not been disclosed officially, but according to industry sources familiar with it, it is worth more than $1 billion. It is Rosneft’s third giant venture in the Kurdish region since February, transforming Moscow from an outsider with little profile in Kurdistan into the region’s biggest source of cash. According to the industry sources, Rosneft’s deals since it first arrived in Kurdistan last December are worth around $4 billion in total. That exceeds the $2 billion in financing the Kurdish region has previously received for oil sales from international trading firms that pre-pay for its exports, and $1.5 billion it has received from neighbor Turkey.

It also marks a big change in focus for the Iraqi Kurds, who have had close ties with Washington since 1991 when the United States offered them protection from Saddam Hussein, the dictator later toppled by U.S. forces in 2003. “Moscow has been effectively filling the gap as the United States has been pulling back from Iraq,” said a senior source in Erbil, capital of the Iraqi Kurdish region.

Publicly, Moscow says it supports Iraq’s territorial integrity while also recognizing the aspirations of the Kurds for a homeland. The 35 million Kurds are spread over Iraq, Iran, Turkey and Syria. “We are interested that the Kurdish people like any other nation on the planet can fulfill its hopes and aspirations,” Foreign Minister Sergei Lavrov said in July. “We start from the fact that the legitimate aspirations of the Kurds, like other peoples, need to be fulfilled within the framework of existing international legal norms.”

But unlike other powers, Moscow has avoided giving a verdict on the legality or wisdom of holding the referendum itself. The Foreign Ministry in Moscow said it had nothing to add to Lavrov’s comments on the matter from July.

“The Russian position is: ‘Let’s wait and see the outcome of the referendum,'” said Hoshiyar Zebari, one of Iraq’s pre-eminent Kurdish politicians, who served as foreign minister, deputy prime minister and finance minister in Baghdad from 2003 until last year and now advises Kurdistan’s regional government. “They seem to understand our situation,” Zebari told Reuters, adding that Moscow expected the Kurds would use the outcome of the referendum as part of a process of negotiation with Baghdad.

According to a diplomatic source, the Kurds took notice in June when Lavrov signaled to a Kurdish delegation at a meeting in St Petersburg that Russia would not oppose the referendum. “During previous meetings, Lavrov always focused on Iraq’s territorial integrity,” said the source, who was present at the meeting on the sidelines of Russia’s economic forum in St Petersburg. “This time, he said that Russia understands the ambitions of Kurdish people for independence. And even though he added that it needed to be done carefully, it was a big signal.”

At around the same time as that meeting took place, Rosneft was signing its second of this year’s three major oil investment deals with Kurdish officials. Days later, the Kurds announced the date of their referendum.
JohninMK

Has Russia by its moves this year moved it into a position where it, as well as Turkey, can exert economic pressure?

Russia's Foreign Ministry has urged for the Kurdistan Regional Government and the federal authorities of Iraq to co-exist as a unified state when making comments about Monday's unconstitutional Kurdish independence referendum on Monday.

"Moscow respects national aspirations of Kurds," the ministry said in a statement. "We believe that all points at issue between Iraq’s federal authorities and the leadership of the Kurdish Autonomous Region may and should be solved through a constructive and respectful dialogue aimed at developing a mutually acceptable formula of co-existence as part of a unified Iraqi state."

"We maintain our support for the sovereignty, unity and territorial integrity of our friendly state of Iraq and other countries of the Middle East," the ministry stressed.

Russia urged that the competing parties "avoid everything that poses the risk of further complicating and destabilizing the Middle East region, which is already overburdened with conflicts."

There is this topic for Iraqi Kurdistan independence

George1 wrote:There is this topic for Iraqi Kurdistan independence

George, had no idea that what its true function was, or forgot and couldn't find it again.

Can you change the title of that thread to reflect its topic and move theses posts there please?

Then close this thread.

Or do I have to move my posts myself?
George1

no its ok, continue to comment here and i will fix it in a few hours later

I really hope that the Turks, Iranians and Iraqis give an Air Force, Air Defense Systems, long range artillery to Lebanon, this is a major threat to the Turkey, Iran and Iraq.

par far wrote:I really hope that the Turks, Iranians and Iraqis give an Air Force, Air Defense Systems, long range artillery to Lebanon, this is a major threat to the Turkey, Iran and Iraq.

Netanyahu went to Erbil??! And 200 Kurds are being trained as pilots in Israel?? Who's gonna pay for their air force?? I'm totally against a Kurd breakaway state but this has got to be propaganda to induce as many muslims as possible to side with Iraq and Iran.
Btw Hez already has long range rockets. They should get a good AD system but Israel blows up advanced weapons heading their way....
KoTeMoRe

Kurds getting done in Sinjar.
Airman

The Iraqi army says it has taken full control of Kirkuk following a major advance on Kurdish-held territories.

The federal government in Baghdad and sources inside the city told Al Jazeera on Monday that Iraqi security forces had captured the governorate building in the centre of Kirkuk.

According to security forces, troops moved inside the building with no opposition from Kurdish forces. 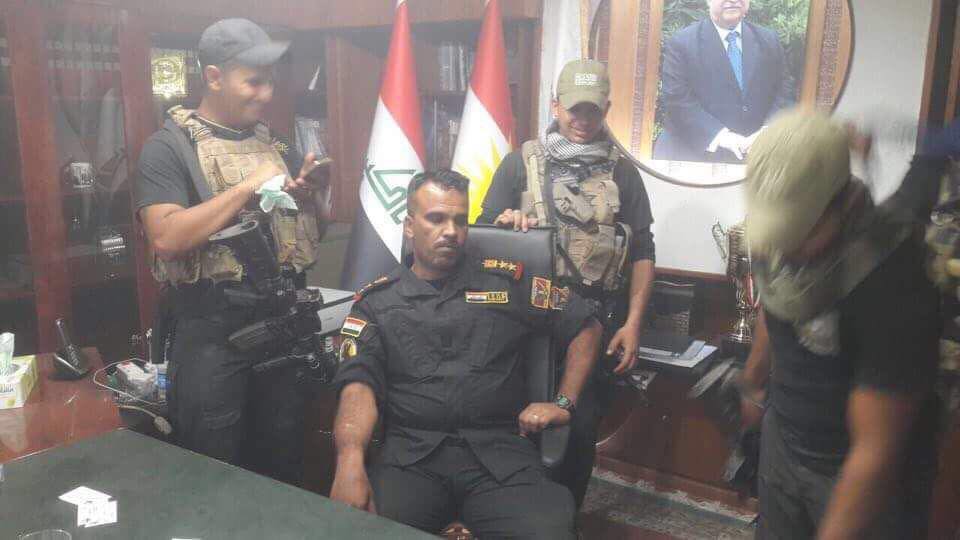 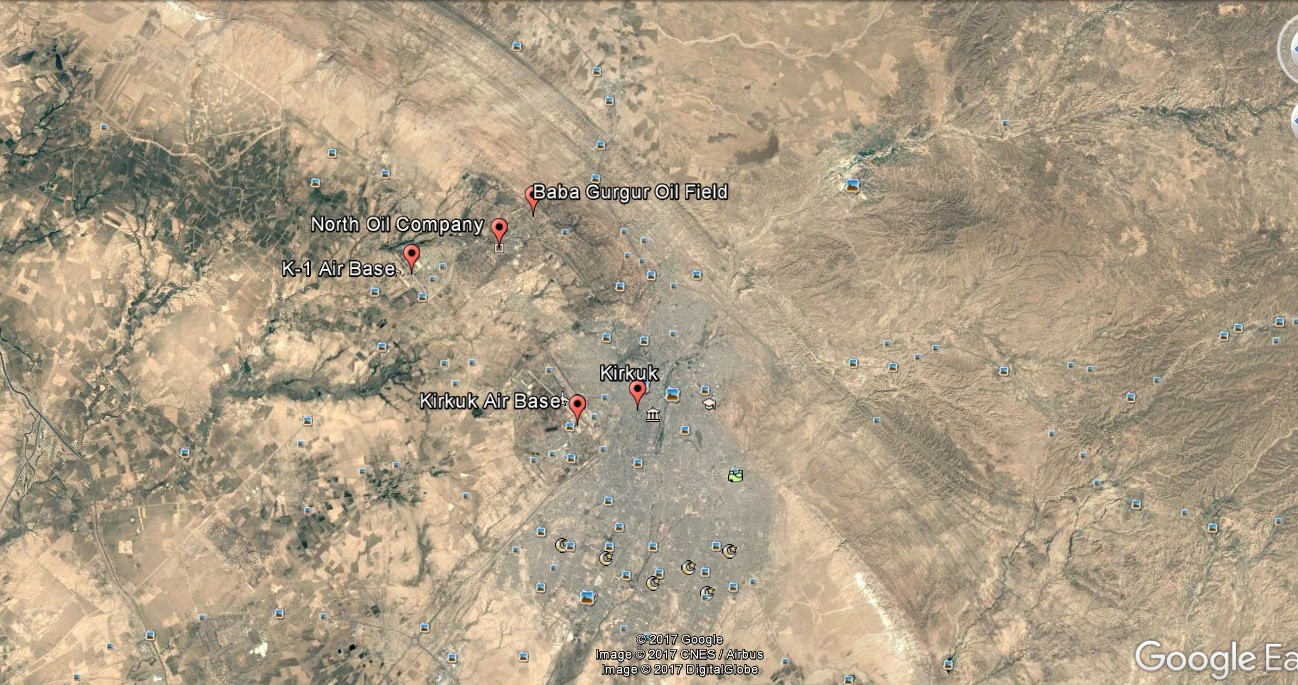 the incompetent cowards of the iraqi army and PMU took the entirety of kirkuk province including all military bases, oil fields, cities in 10 hours.
zorobabel

Nice work, Baghdad! Take the disputed areas, the oil, and the water.
JohninMK 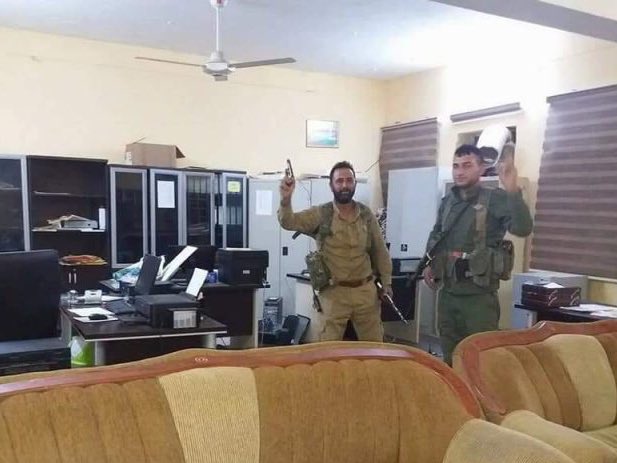 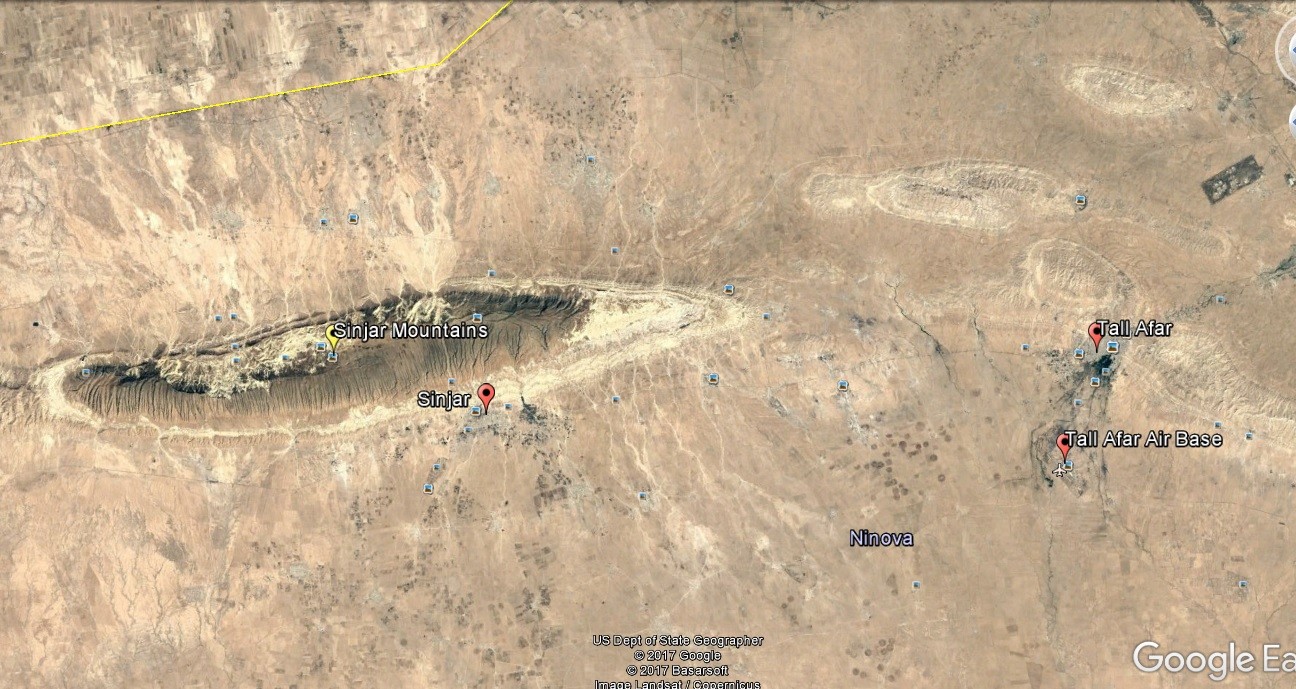 A lot. Retaking Kirkuk, they control about 85% of oil production. The Kurds still have their own oil production of about 600,000 bpd in their pre-2014 areas, which is fine. That oil is rightly theirs.

With water, it looks like they are moving to retake control of the Mosul Dam.

Iraq_Day (reliable Twitter guy) says Iraq controls up to the black line and will advance to the white line: 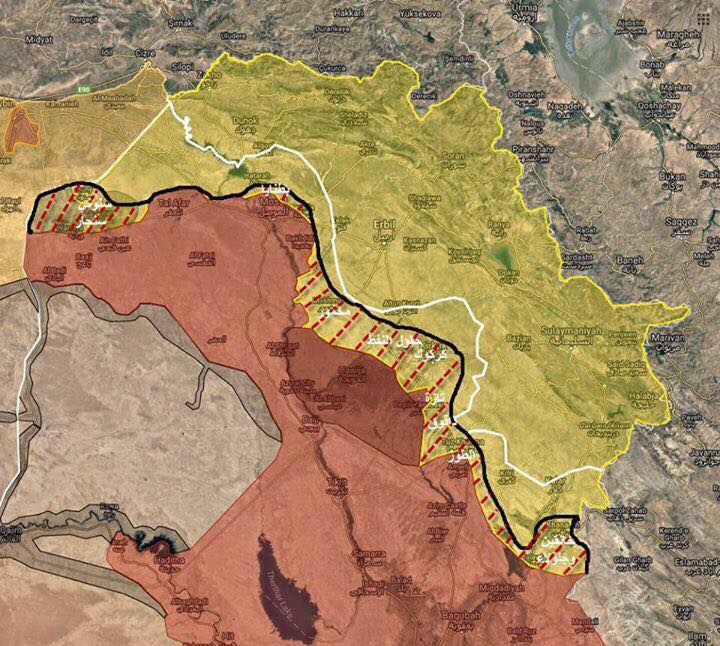 as of now about 96% of oil production and refining is in Iraqi hands.

Iraq needs to take mosul dam and the tigris all the way up to the turkish border to ensure 90% water security.
ali.a.r

Is the white line the 'border' of Iraqi Kurdistan? If so, and the Iraqi forces DO push upto it,

1) Does that mean that the KRG has a border with Syria i.e. the SDF?

2) Does Iraq share a border with Turkey, which is pretty important for trade that bypasses the KRG?

I'm asking because I can't quite make out much from that tiny sliver of land, that forms a triangle between the Syrian, Turkish and Iraqi border.
Sponsored content