isos can you give me some sources about that ? i need those

like , some sources about indians not being happy about tech transfer

That's what I understood by reading news about Pak fa during last years I can't really give you sources.

But for exemple after a quick research on Google you have this type of article http://www.defenceaviation.com/2014/01/indian-air-force-not-happy-with-sukhoi-t-50pak-fafgfa.html

They say it's a bad Aircraft because Radar is not on them ( while both of them are in developement), engine sucks while it's using very good Su-35's engine till the main engine is developed.

They say the 6 billions $ involved by India is too much while a program like this is much much more costly (F-35 is over 1 000 billions ...) and the fact that they bought Rafale is because  Pak fa take longer to be ready (while they bought Rafale because they needed a smaller Aircraft because their Tejas is not and it will probably never be ready).

You will found the same logic anywhere. But the truth is that India, without Russia, will never be able to have a 5th generation Aircraft. The only other they could get is the F-35. But when you know that they bought 36 rafales for some 10 billions, they will have to pay 100 billions $ for the 144 or so fighter they need. If they want teh transfert it will be 1000 billions $.
mack8 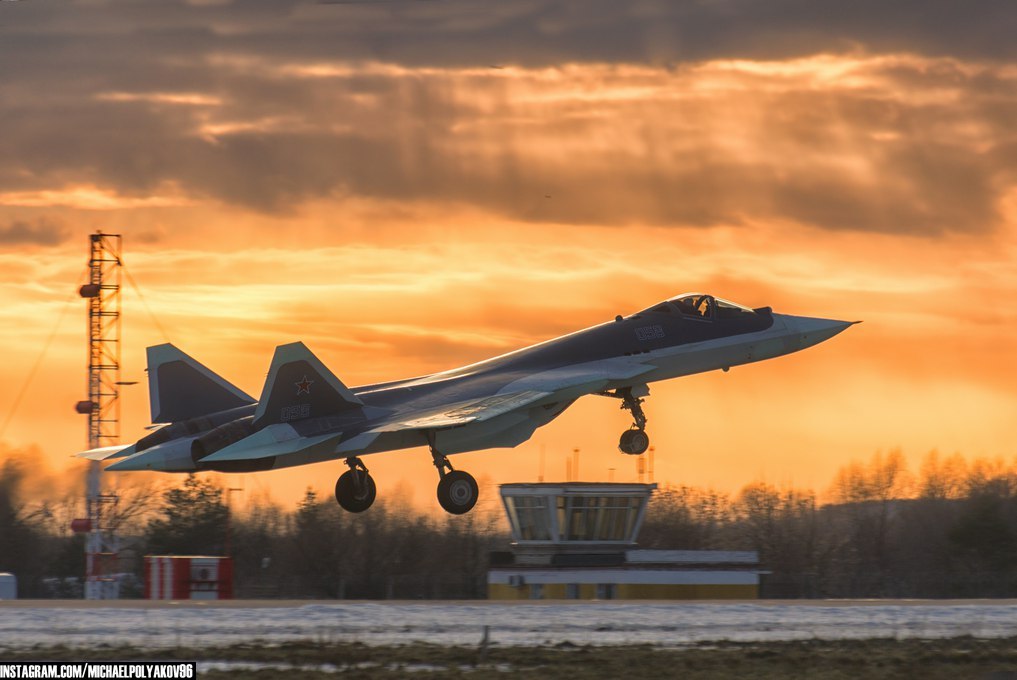 HM1199 wrote:wait ill go check the pak da thread then !
and what about the criticism of the indians ? why are they so harsh towards the pak fa ? and are they true in their criticism,

The criticism was by Liberal Foreign funded media. people that receive money to promote
NATO and American weapons . ie.. Lobbies.  So you bet , the west invest a lot of money promoting US weapons and planes over the Russian ones. And i dont see anything wrong with that.. is advertising and marketing that US and Europe is much more experienced in this area.
This is the reason why Russia have been so ineffective selling its Su-35 and SU-30 in the west, when is superior in every way. over F-16 ,F-18 or Gripen planes even in leftist nations like brazil ,Argentina , they prefer to buy instead Europeans or Americans planes. This is because Russia government have been not good in advertising and promoting its weapons world wide. Brazil even rejected an offer of Putin to build Pak-fa planes in brazil..

Happy they rejected it  ,because the blue prints will have been passed to US and NATO in less than 24 hours.  But still speak volumes of the incompentence of the RUssian government in Capitalism and business competition.
HM1199

guys , i know this article is old , but does anyone have an idea from where these stupid claims came from ???
http://www.business-standard.com/article/economy-policy/russia-can-t-deliver-on-fifth-generation-fighter-aircraft-iaf-114012100059_1.html
on what basis is the airframe is poorly built and the avionics are so bad etc???? from where did they get that? and does india have any info about the pak fa ?? (their stuff is the fgfa as far as i know)
*im making a video so i need every information possible* , thank you

They pulled it from their ass.
Viktor

miketheterrible wrote:They pulled it from their ass.

It was an order given to put the EU population mindset in place. To preserve the thought that EU population is not being manipulated and everything is great and

shit happens only in other countries while elites continue their relentless expansionistic policies not in the name of the people (any for that matter) but an idea.

In globalistic neoliberal idea. Same view the communism in the same manner. The thing that one idea has been now with the Trump replaced with other does not

dictate the ultimate goal of any country. The efficiency. Thats why Russia seeks its own as everyone else should. This also means that we will see much less Russian

propaganda in the immediate future still it will always remain a tool.
kvs

HM1199 wrote:guys , i know this article is old , but does anyone have an idea from where these stupid claims came from ???
http://www.business-standard.com/article/economy-policy/russia-can-t-deliver-on-fifth-generation-fighter-aircraft-iaf-114012100059_1.html
on what basis is the airframe is poorly built and the avionics are so bad etc????  from where  did they get that? and does india have any info about the pak fa ?? (their stuff is the fgfa as far as i know)
*im making a video so i need every information possible* , thank you

I think the reality is that India's government has unreasonable expectations as to what Russia should share with it.
Russia needs to worry about making the T-50 a viable product before it starts thinking about exports to anyone.
There was even BS propaganda coming out some Indian MSM that India paid for a big chunk of T-50 development.
This, of course, is a total fabrication.
HM1199

well i know the claims obviously are wrong because they do not match how good the specs of the t/r ratio of the pak fa for example , or its radar range , but how do we formulate this into a coherent refutation to their claims ?
Svyatoslavich

The task you are trying to fulfill is ultimately impossible, for a simple reason: the data (radar performance, RCS, ECM capabilities) you need to debunk the claims against T-50 is top secret.
mack8 The glass looks so much more steathy than on Su-35 !! Is it a new glass tested or was it already on the first prototypes ?

Isos wrote:The glass looks so much more steathy than on Su-35 !! Is it a new glass tested or was it already on the first prototypes ?

Don't know, could be, but I see that engines are covered. Other stuff as well probably.

Maybe Lockheed should have went with this approach, would have saved a pretty penny....
HM1199

yeah laugh at the "fake" 5th gen because its all around realistic rcs is bigger than the magical fairy tail frontal one of the other 5th gens .
Big_Gazza

i dont think they squared the intakes , just the angle bro.https://qph.ec.quoracdn.net/main-qimg-4dad1b1b6daff60df66aa575a342bfa8 look at this its the same angle from a different airplane a,d they look the same .
Big_Gazza

Ah yes, I do believe you are correct! Thanks for the correction.
Rmf

The parachute plate is bigger because the tail is really big, so it offers more drag on landing acting like a brake.

The design can change. There was lot of differences between Su-27 prototype and official Su-27.
jaguar_br Just comparing... Maybe de main difference is the covered engine, or even the internal electronics...
hoom Russian Air Force to start receiving the T-50 this year and the first order is for 6 aircraft. My understanding is they will be from the 10-12 aircraft built during the testing and development process.

And what about the remaining prototypes? Wouldn't there be 12 flying prototypes? If so, there should be 4 more (considering that 8 were already delivered: including fateful T-50-5).