The 59-year-old age of the Kulakov, however, is not indicative, since the ship spent 20 years in a protracted repair.

Interesting article. I agree on the suggestion about transferring orders for smaller ships from Severnaya verf to other shipyards, and I already wrote in other posts that ships of the 2038x series 20381, 20385 and 20386 could be produced instead in Amur or Pella.
Yantar could actually build even 22350M, since in soviet times was building the similar sized 1155 antisubmarine destroyers (Udaloy class).


I believe in normal condition, and with the systems already developed, 7 years is way too much as a building time for serial frigates of the 22350 and 22350M class(except maybe for the pilot ship of the enlarged serie, if it needs additional testing before acceptance by the navy).

3 and 4 years should be feasible times from the laid down to the commissioning  and these were the building and testing times for the Taiwar class frigates from the baltic shipyard in saint Petersburg  and from yantar in Kaliningrad.
TheArmenian

This video shows how big Zaliv is. Despite all the above ships being built there, this shipyard is still underutilized and can accept a few more orders. 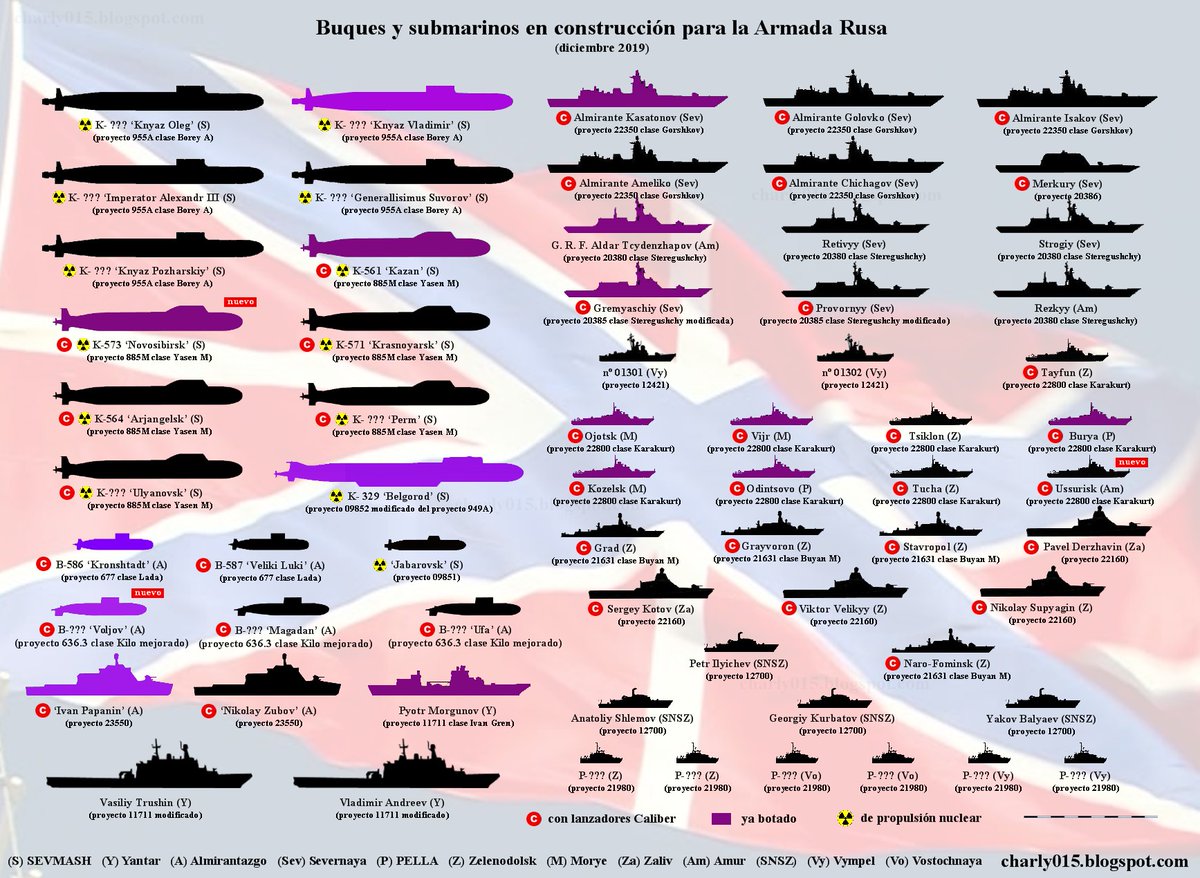 (thought the Khabarovsk (Proj 9851) Poseidon UUV carrier looks way too small given that it's reckoned to be a ~10,000 ton boat )

There's a lot of activity here when its all presented in a single graphic.  How can this be when Russia has "a GDP smaller than Italy" (

Because Putin is starving his own people to build all this weapons.

Big_Gazza wrote:
There's a lot of activity here when its all presented in a single graphic.  How can this be when Russia has "a GDP smaller than Italy" (

Yup, and doesn't even include the multitudes of support vessels and coast guard vessels. The coast guard is getting 2 Ivan Papanin class vessels of its own.

Big_Gazza wrote:Update from Charly015 on status of new Russian surface & submarine in construction

It's quite funny, Khabarovsk is just modified Borei SSBN but here it looks like diesel sub

They really should replace it on next graph 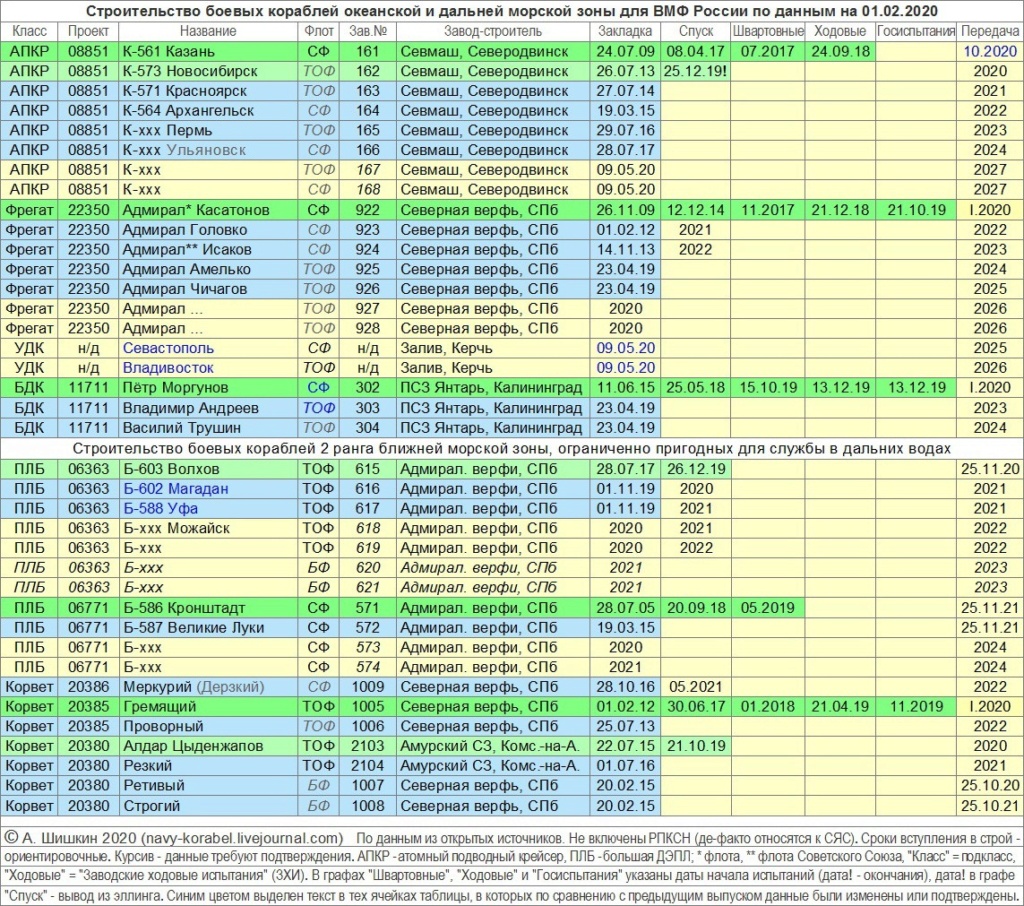