According to the article this makes 17 out of 28 delivered with 3 more scheduled for this year. Leaves 8 going into 2018.

I think NAVY will order more Su-30SM. They also need them in Pacific fleet and most probably they will equip full squadron of Su-30SM in Northern fleet.
George1

1. They are 2-seaters so some training.
2. With the remaining Su-33 gives a northern Naval Aviation Attack unit.
George1

1. They are 2-seaters so some training.
2. With the remaining Su-33 gives a northern Naval Aviation Attack unit.

The attack units in North District are the two squadrons of Su-24M/MR of 98 SAP in Monchegorsk , under the command of North Fleet 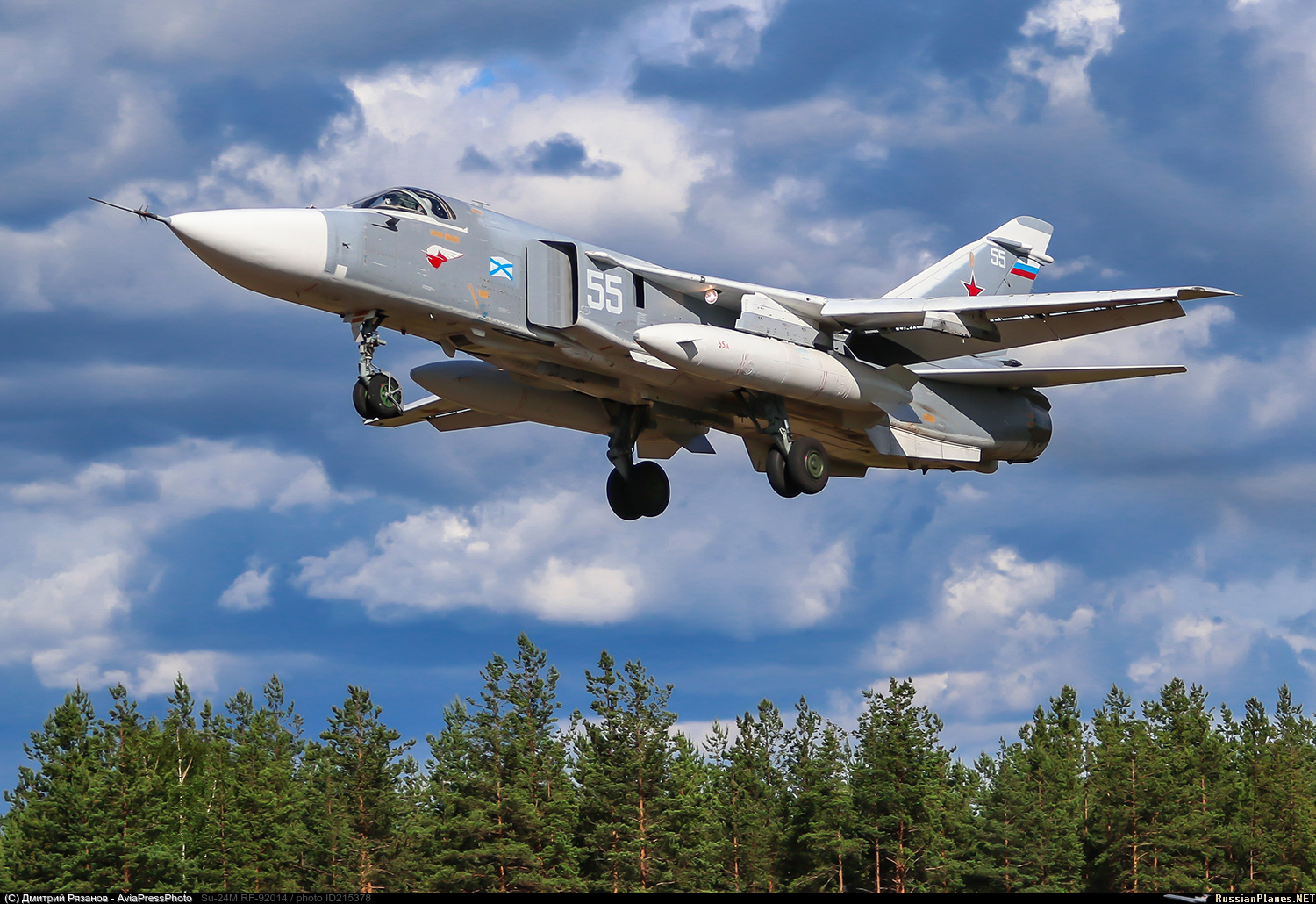 Also the MiG-29K gives the North Fleet task force some attack ability as is a multirole figther (FGA)
The main role of Su-33 ( Su-27K ) shipborne fighter is to defend the North Fleet task force , and also , as Su-33 is the only "Flanker" in North District at now , have the same misión of the other "Flankers" of other Military Districts as air superiority fighter ,when they are not on board the Kuznetsov
The Naval strike/ground attack capacity of Su-33 is very low ,in spite of which it has been tested in Syria

The 279 KIAP have several Su-25UTG as trainers for take off/landing from Kuznestov and from the"sky jump" at NIKTA (Saki-Crimea)
Also , this regiment have a couple of Su-27UB , nº 20 and nº21 , as well it seems are only using the Nº20

About the 2 Su-30SM sent to 279 KIAP , bmpd sais that:
http://bmpd.livejournal.com/2351574.html
These aircraft became the first Su-30SM, received in the aviation of the Northern Fleet. At the beginning of December 2016 the Izvestia newspaper reported that the third squadron on the Su-30SM aircraft would be established at the 279th Aviation Regiment at Severomorsk-3. On the basis of this squadron, in the future, as new SU-30SM machines arrive, it is planned to form a new separate aviation regiment.

The Su-30SM is replacing all the Su-24M/MR in the role of Naval strike/ground attack
It seems that after complete the squadrons of Saki and Kaliningrad , the third could be this, placed temporally in Severomorsk as 3rd squadron of 279ºKIAP

The planing is to have 4 squadrons in 2020 (48), probably the fourth sqdn. in Yelizovo
Later, in years 2021-2025 other 4 squadrons will be raised for complete 4 regiments
Then , the 24 Su-30SM of North fleet , will replace the SU-24M/MR of Monchegorsk, forming a new regiment in a different location. Severomorsk-3 is the naval airbase of shipborne airplanes.

medo wrote:I think NAVY will order more Su-30SM. They also need them in Pacific fleet and most probably they will equip full squadron of Su-30SM in Northern fleet.

AlfaT8 wrote:
How odd, wouldn't the SU-34 be the proper replacement, i get that the SU-30SM is a good all-rounder, but does it have the much vaunted SVP-24 targeting system??

No , Su-34 is a tactical bomber  , as well could be used in the Navy
The Su-30SM in the Navy has the role of Naval Strke (anti-ship). ALso is multirole can be used as fighter for protect the coast of penínsulas like Kola , Kamchatka , Crimea and the exclave of Kaliningrad,
The navy need this more than a specialized and heavy airplane , given that Navy has far fewer aircraft than VKS
George1

Two new Su-30SM have arrived to the Baltic Fleet

As reported by the spotter, on July 1, 2018, two new Su-30SM multifunctional fighters from Irkutsk with an intermediate landing in Shagol (Chelyabinsk) were flown for the aviation of the Baltic Fleet, based at the Chernyakhovsk airfield in the Kaliningrad region. On the same day on July 1, both fighter jets arrived in Chernyakhovsk. The planes built by the Irkutsk Irkut Corporation in accordance with the state defense order of 2018 have blue side numbers "76" (the proper name is "Chernyakhovsk") and "77" (Kaliningrad own name). 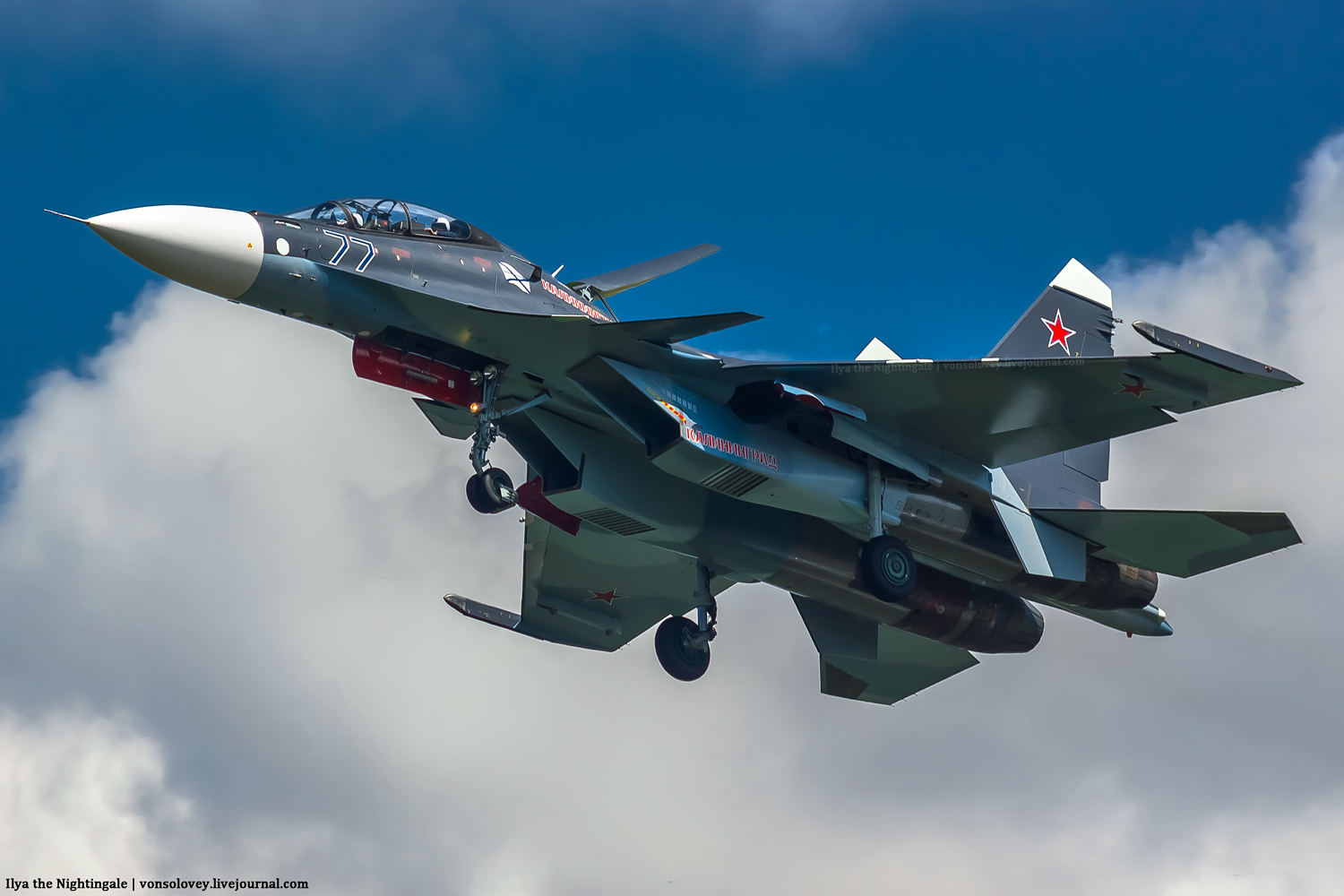 Earlier, the Ministry of Defense of Russia announced the arrival of two new Su-30SM in Chernyakhovsk on July 3.

Thus, the assault squadron of the 72nd aviation base of the Baltic Fleet aviation at the Chernyakhovsk airfield has now received eight Su-30SM aircraft operating jointly with the Su-24M and Su-24MR squadrons. It was reported about plans to deploy the assault squadron of the 72nd airbase back to the 4th Guards Marine Assault Aviation Regiment (which was turned into this squadron during the 2009 reform).