Tula gunsmiths will present at the MAKS-2013 air defense equipment

The underintake pylons are empty on the jet with the Kh-59Ms, so maybe they'd hang it there. Or, maybe they incorporated the systems internally?

The purpose of the datalink pod is to transmit and receive datalink information... ie the missile in flight transmits back a video image of what its nose mounted camera can see of the target, and the pilot in this case, though normally a weapons officer looks at the missiles view of the target area and moves a crosshair onto the target and transmits that back to the missile that homes in and kills that specific target. It is very much like SLAM-ER (AS-13 Kingbolt is the equivalent to SLAM in the shorter range model).

The thing is that this is a new model Su-35 with datalink equipment fitted as standard... so odds are likely pretty high it wont need the external datalink pod any more.

Within a few years there should be a new model missile to replace this weapon... like the Kh-38 perhaps only bigger.

Interesting that they mention that there is a target missile based on the Kornet that they will be displaying.

The Hermes is related to the SA-22 missile Pantsir-S1 uses but it seems they will be showing it on aircraft and helicopters. This suggests that the Ka-52 and/or Mi-28N might be shown with the new missiles and also that perhaps the Su-25SM might be displayed with the system too... or at least a mockup.

Could we hope their might be a UCAV equipped with the missile too?

The other weapons mentioned include the improved model of the RPO-A rocket launcher and its new reduced size version called Bur.

Note the RPO-M is a lighter, longer ranged and more powerful RPO-A model.

Of most of the targets the NATO forces in Afghanistan have been shooting with Javelin, the RPO-A is pretty much what the Soviets used when they were in Afghanistan in the 1980s and it was very effective.

RPO-A is thermobaric, RPO-D is the smoke round (ie white phosphorus), while the RPO-Z is the incendiary round.

At 12kgs though they are pretty heavy to lug around so they developed the MRO family of rockets that do the same job but are lighter and less potent.

The RPO-M introduces a reusable gripstock and disposable tube (RPO-A is 93mm calibre, RPO-M is 90mm, MRO-A is 72.5mm calibre and about a quarter the weight of the RPO-A at 4.7kgs. The RPO-M is 8.8kgs.

I rather suspect the new RPO-M grip stock might be able to use 90mm RPO-M rockets but also 62mm Bur rockets, so it unifies the standard and medium range of rockets like the RPG-32 unifies the 105mm and 72mm rocket families into one launcher.

It would be interesting if they created a super unified launcher that could fire all their rocket types from the disposable rockets of 72mm, 93mm, 105mm, 125mm, in the RPG series, and also the RMG and RShG and RPO series.

It could be made in large numbers and have a laser rangefinder and small ballistics computer incorporated so when the user clips on a rocket tube it will set the ballistics to that particular round... a quick lase of the target will generate an aimpoint for that specific round to make engagements easier for the user...
TheArmenian 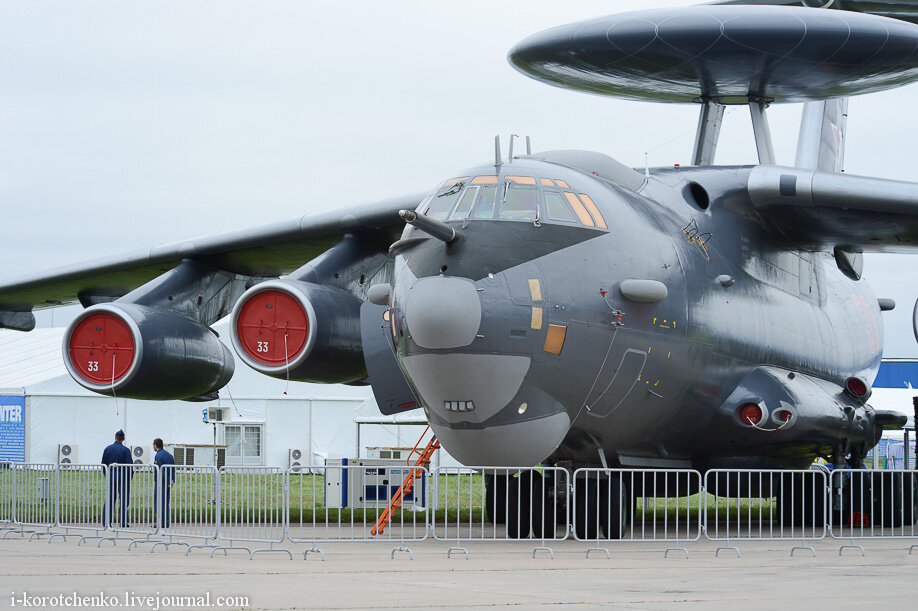 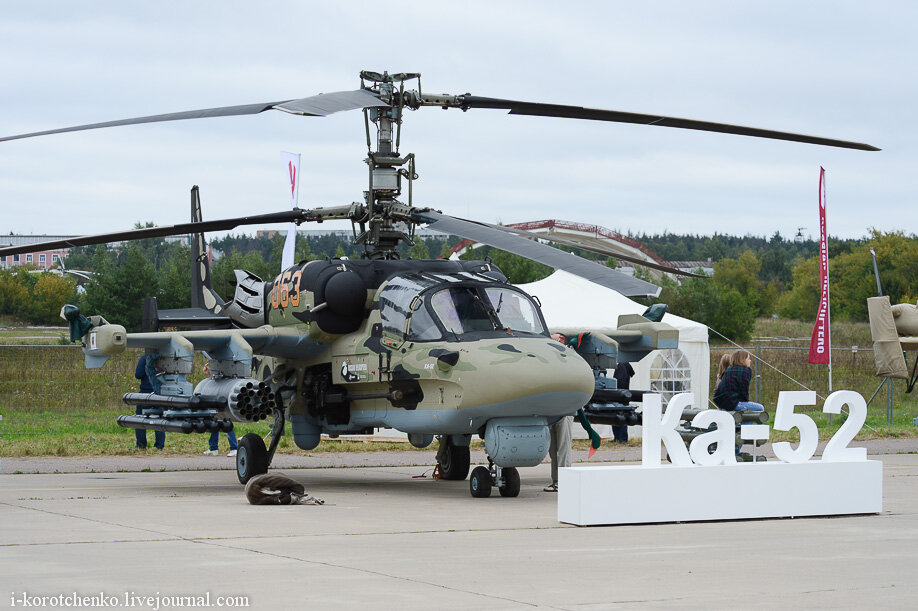 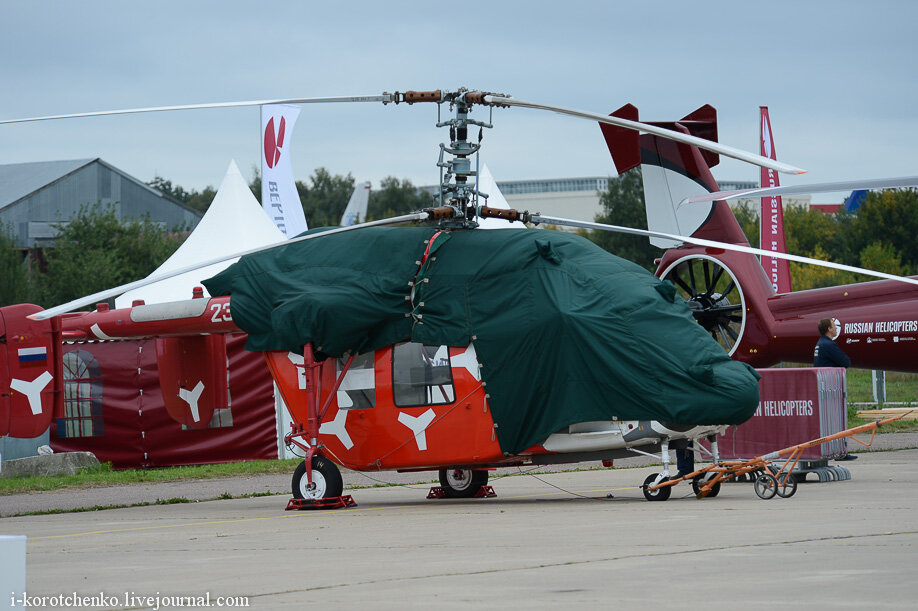 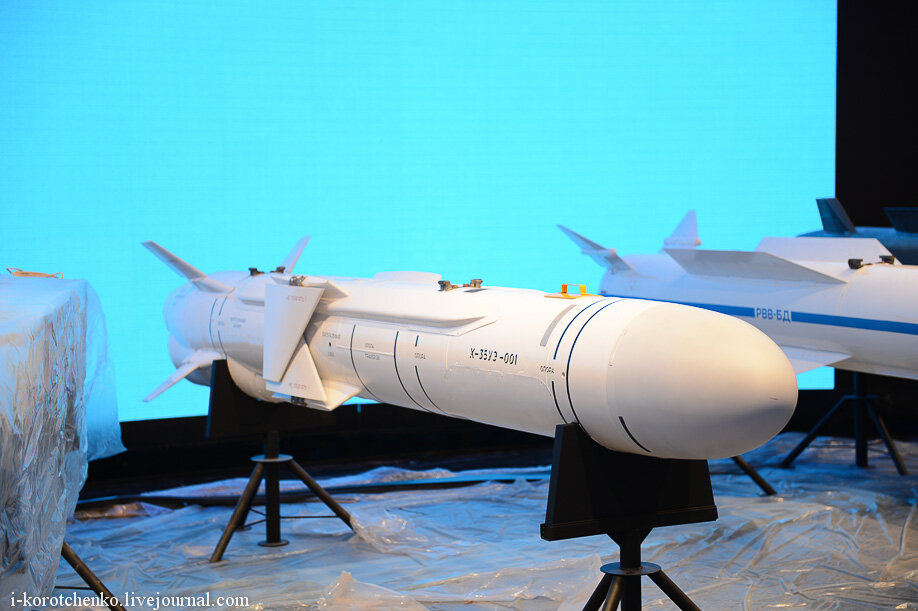 Lots of photos to be found on this blog: http://i-korotchenko.livejournal.com/
Viktor

ahmedfire wrote:  What is this

and you may find this interesting too 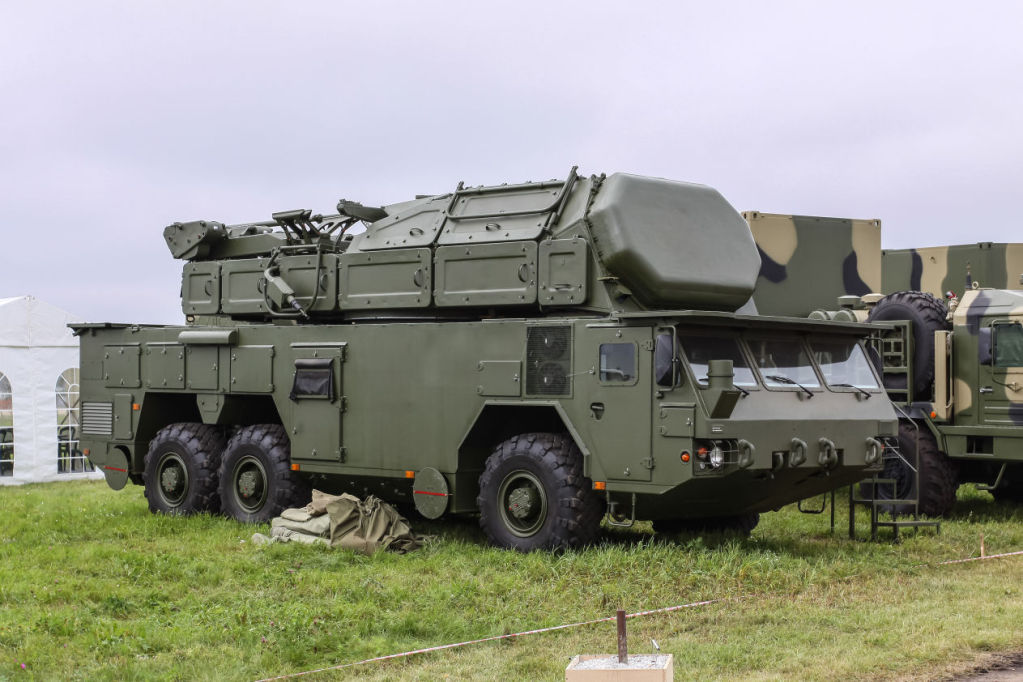 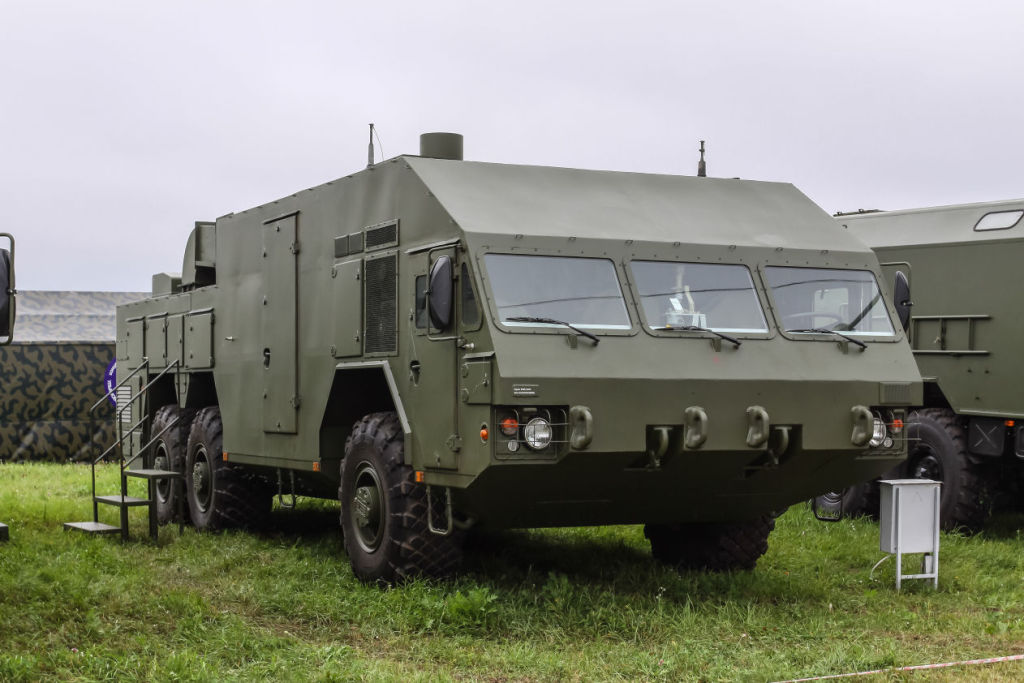 That'd be part of (or a mockup of part of) an Energiya booster. On the back of the VM-T.
Viktor 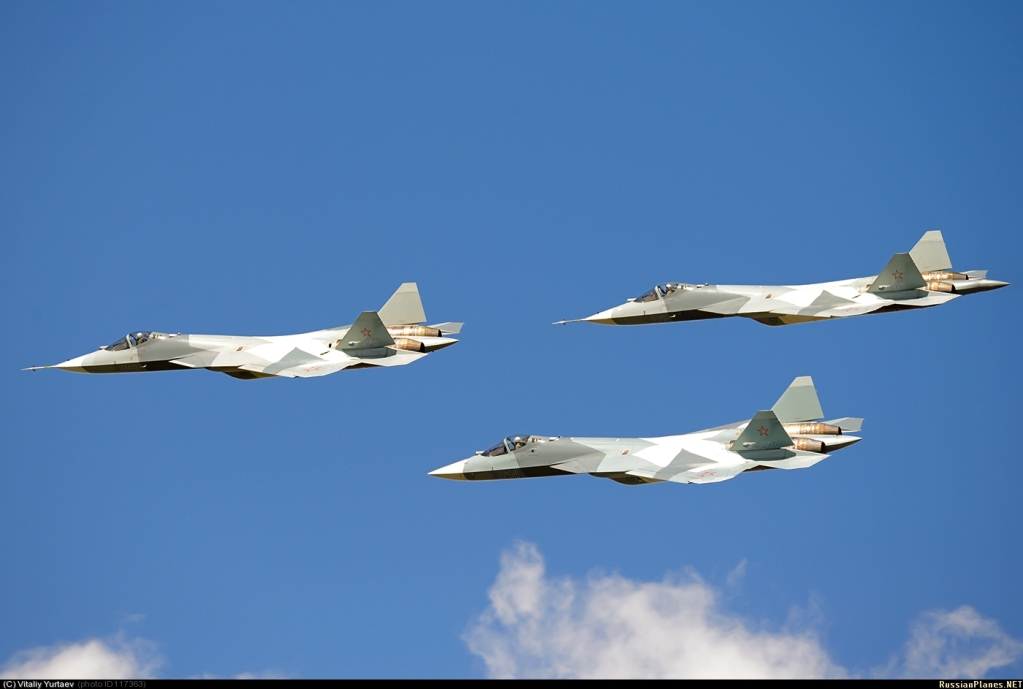 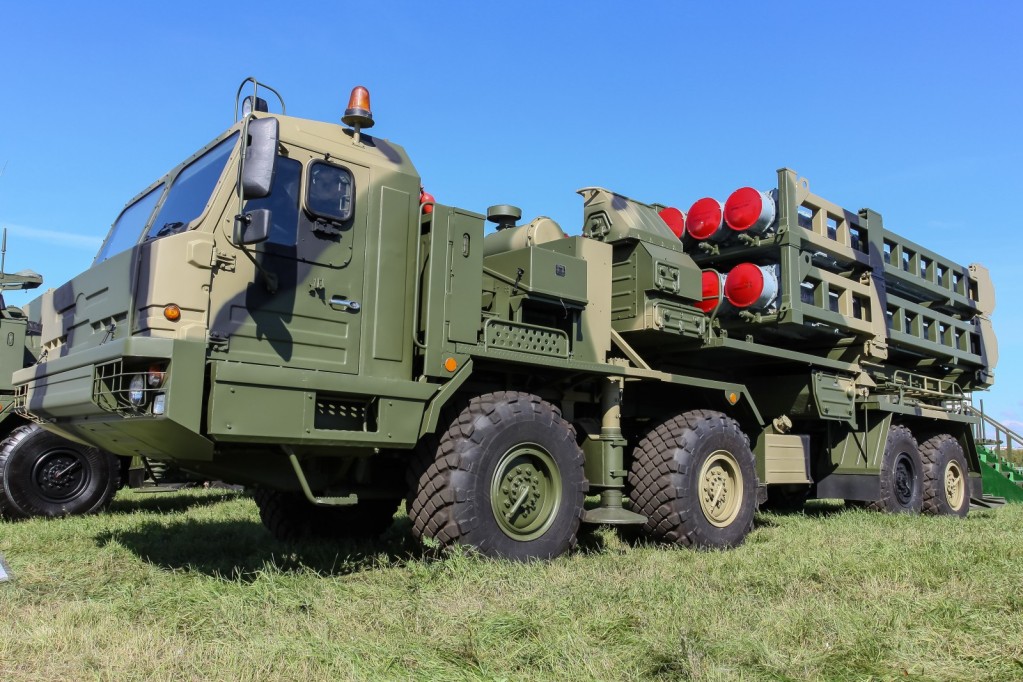 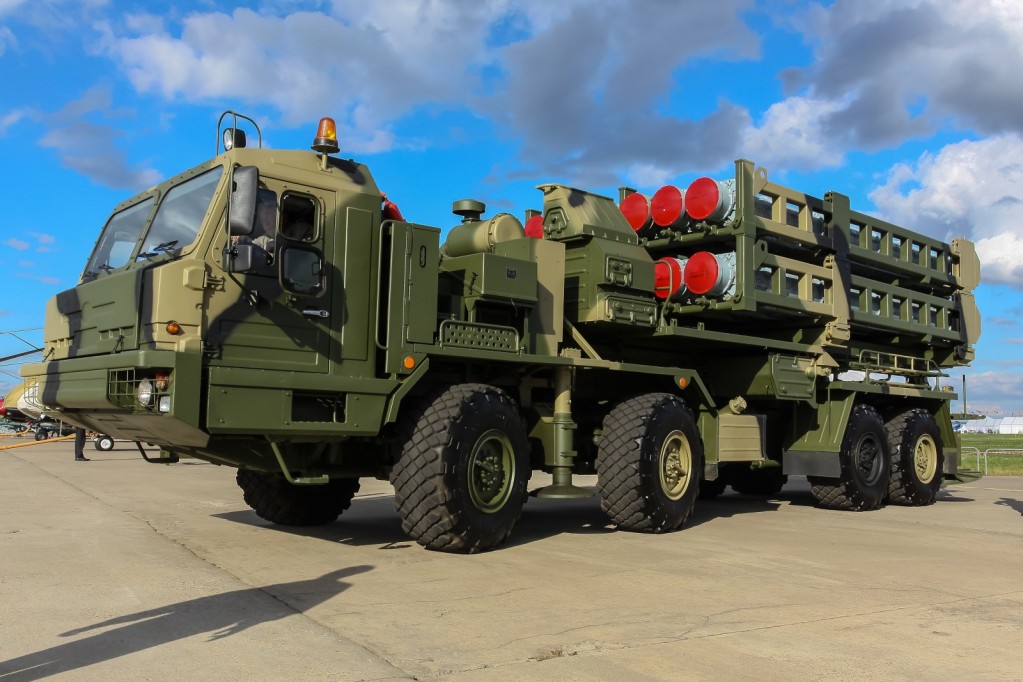 I cringe everytime I see this aircraft; it's ugly as fuck.

They could at least have given the damn historical relic a paint job already.
Stealthflanker

The fact that ppl are more interested to SAM launcher than its Engagement Radar makes me bit....sad.

From memory it is a modified bomber adapted to take large external loads for the Soviet space program... in this case a fairing over the oxygen tank and also the main fuel tank of the energyia rocket. The An-225 was developed for the same role and also to transport the Buran.

Obvious problem when the factories that make parts for Rockets are hundreds or thousands of kms from the places they are launched from...
TheArmenian

First videos are coming through

Indeed.
Can't wait for this beauty to enter service.
Viktor 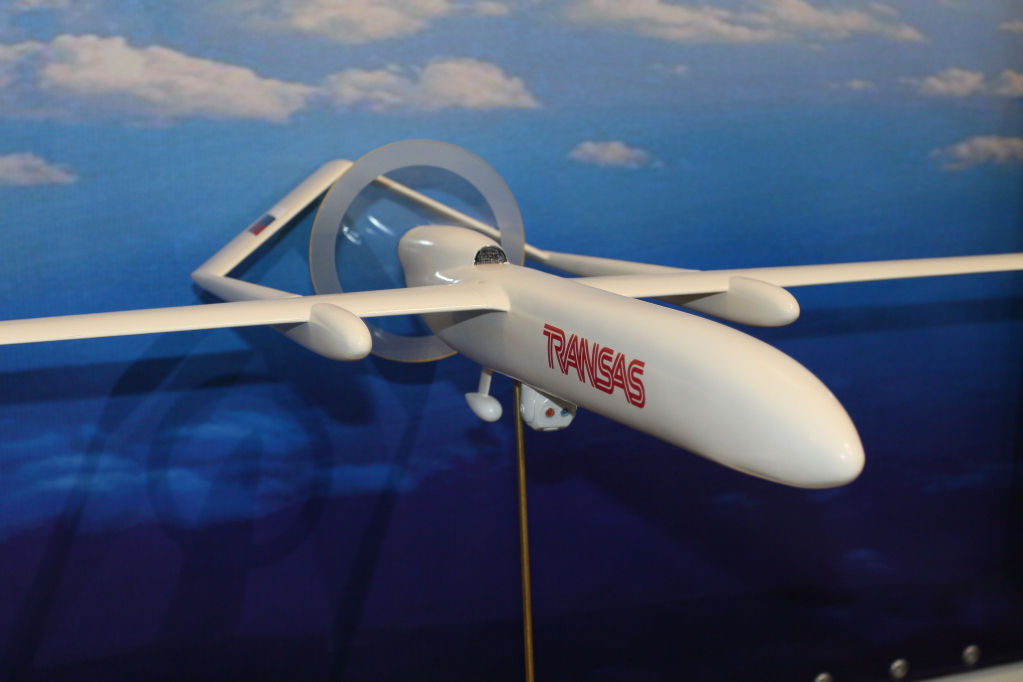 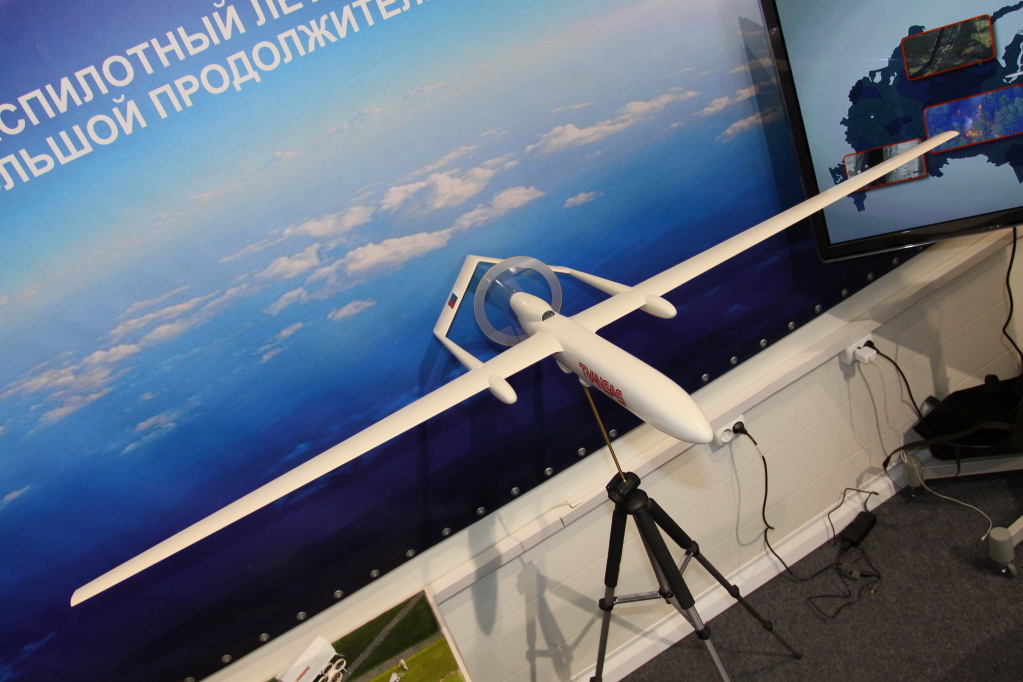 
and Vityaz again (cant get enough of it) 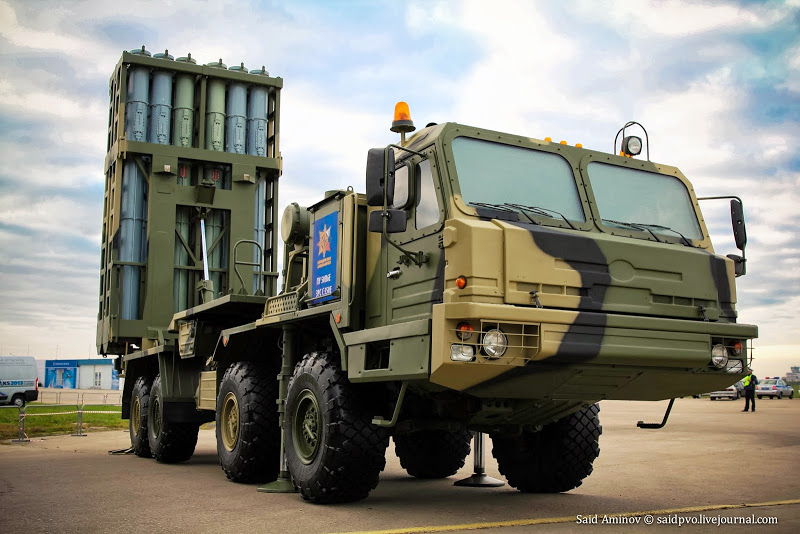 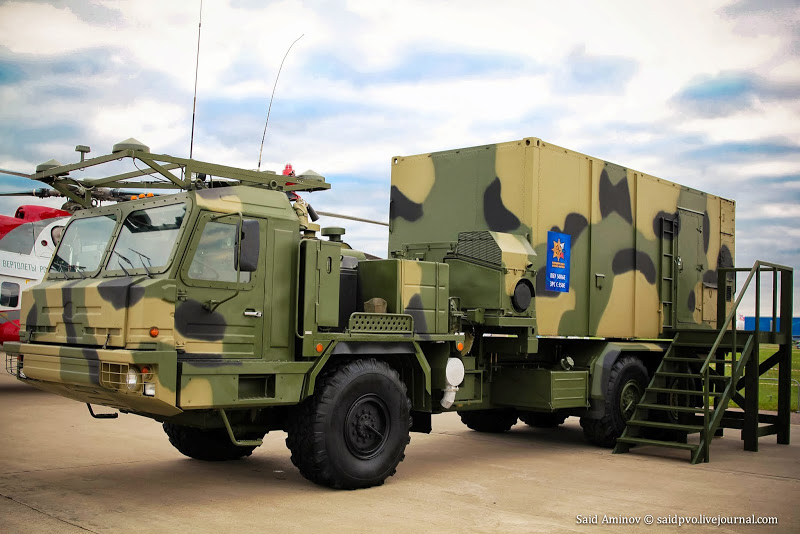 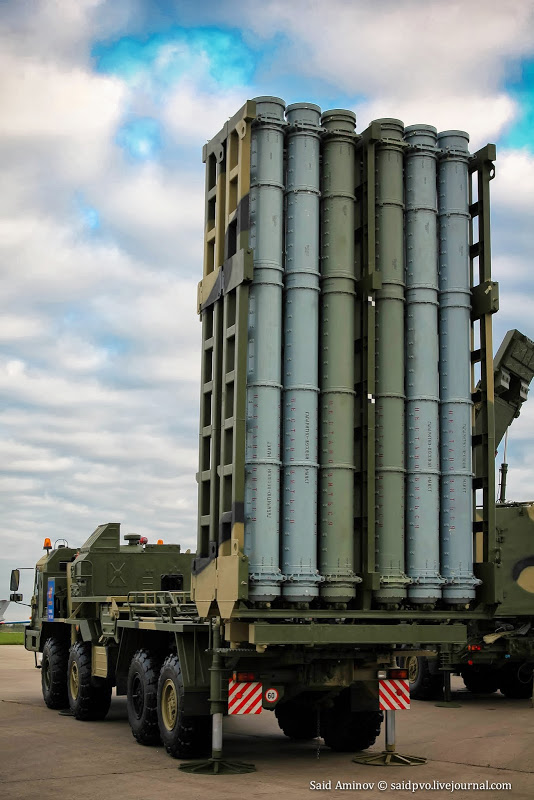 Something completely new (to me), RZV-MD missile. What system is it for, Morfei (guessing)?!
http://saidpvo.livejournal.com/205048.html
TR1

Said mentioned this is probably the new Tor missile we have been hearing about.
mack8

Thanks, i thought it's IR guided initially , but seems it's actually command guided. Not really up to speed with Tor, is there going to be a Tor-M3 or is it for an upgrade of existing systems?
Viktor

mack8 wrote:Thanks, i thought it's IR guided initially , but seems it's actually command guided. Not really up to speed with Tor, is there going to be a Tor-M3 or is it for  an upgrade of existing systems?

There will be. Even Tor-M2 will get new missile with longer range. Its being tested.
Tor-M3 will have that same new missile but with more target guidance channels and more missiles (10 or 12 missiles).
Sponsored content