I personally think that's unsubstantiated, Onyx is a ramjet design, and prevents the new upgrade from allowing to go beyond 4.5-5 Mach speed which is a ramjets upper limit of speed. Zircon/Brahmos 2 are new from scratch wave-rider scram jet designs with it's upper limit only being heat.
dino00

The newest hypersonic rocket changes the balance of power at sea

Quite recommendable thanks!
bolshevik345

Its very funny how western analysts call russian weapons without photos fairytails, but at the same time they swear that the M1A3 and the M829A4 shell exist.
GarryB

Its very funny how western analysts call russian weapons without photos fairytails, but at the same time they swear that the M1A3 and the M829A4 shell exist.

That is the problem with the American dream... you have to remain asleep... and you cannot question...

Zircon is going to fit in launch tubes currently used by Onyx... the primary difference is that the Onyx is high supersonic, while the Zircon is hypersonic... the Zircon will move much much faster but also much higher, which will effect its design in terms of shaping, but at the end of the day it is like a sleek 250 mile per hour car and a sleek 350 mile an hour car... the main difference is the engine and also the wheels.

If you replace a few bits in the nose and leading edges of the Onyx and give it a new scramjet engine instead of a ramjet one you could probably get much much improved performance... from the sounds of things they have developed new fuel for the Zircon and perhaps just that in the Onyx has improved performance to the limits of its ramjet design.

It makes sense to upgrade in production Onyx missiles with the new fuel now and get the better performance, but the Zircon has a motor designed to operate much much faster and a shape optimised for the higher speed, so when it is ready it will be a worthy replacement for Onyx, which could be sold to allies like China and India (the latter in the for of the Brahmos II and upgraded Brahmos as well).

It should be rather interesting because the proposed Brahmos M is supposed to be a lighter faster version of the first missile that can be carried on lighter aircraft and in much greater numbers. It was supposed to increase the flight speed from mach 2.5 to mach 3... but the new fuel is supposed to increase the speed of the first missile to double... mach 5... does that mean the lighter missile can fly at mach 6 being lighter, or is mach 5 the limit for the ramjet and it just uses less fuel and can therefore fly further.

(ie with a ramjet type engine if you use max thrust you burn max fuel, but if you reduce thrust and you only slow down a little or not at all then you can throttle back until you start slowing down and end up burning less fuel and extend your flight range by not wasting fuel. Of course as the fuel burns the missile gets lighter and the thrust to weight ratio of the missile rapidly improves so flight speed should increase over distance too).

New fuel technology is the most under-reported aspect in Russian missile development. There was a clear factor of two
improvement in solid rocket fuel performance allowing the train based ICBM to use regular rolling stock instead of rail-destroying
heavy wagons from the Soviet era. Now we see other advances in Zircon, and in Burevestnik as a totally new nuclear powered
propulsion tech never deployed before (I doubt Americans even tested anything like it). Meanwhile smug, deluded NATO chauvinists
really think that Russians are some sort of mud hut dwellers still living in the stone age.

Russian solid fuel for ICBM SLBM is less efficient. The old Minuteman III weighs only 36 tons and has parameters such as Topol M, which weighs 47 tons.

mprovement in solid rocket fuel performance allowing the train based ICBM to use regular rolling stock instead of rail-destroying heavy wagons from the Soviet era wrote:

Russian solid fuel for ICBM SLBM is less efficient. The old Minuteman III weighs only 36 tons and has parameters such as Topol M, which weighs 47 tons.
No RT-23  carried a much larger load of 10 heavy MIRVs. RS-24 carries more than 3 times less load than RT-23.

Yes China DF 41 missile it is more modern from Yars and Sarmat. Liquid fuel missiles are backward technology. Even China does not develop it anymore
PapaDragon

No it's not (were you even paying attention?)

You do love shilling for chincoms...

You better call NASA, they just built one with 200t weight

Russian solid fuel for ICBM SLBM is less efficient. The old Minuteman III weighs only 36 tons and has parameters such as Topol M, which weighs 47 tons.
No RT-23  carried a much larger load of 10 heavy MIRVs. RS-24 carries more than 3 times less load than RT-23.

I am citing a specific example of actual improvement in Russian solid fuel characteristics over the Soviet era and you are citing some
unsubstantiated BS. China can't even replicate the jet engines of the Su-27 but it has the biggest and best ICBM ever. I guess
it also must be a leader in hypersonic technology too. Because somebody claimed it.

Arrow wrote:Russian solid fuel for ICBM SLBM is less efficient. The old Minuteman III weighs only 36 tons and has parameters such as Topol M, which weighs 47 tons.

Arrow wrote:Yes China DF 41 missile it is more modern from Yars and Sarmat. Liquid fuel missiles are backward technology. Even China does not develop it anymore

I've always been impressed by your eagerness to embarass yourself in a public forum.

Thanks for the laugh!

I'm surprised we haven't spoke much on this but, what are the prospects of Zircon's technology improving other existing missile types, such as ATGMs, SAMs, or even ICBM warheads? I remember some 4 years ago we had brief discussions on this board about how Zircon potentially permanently end the need for the 'Bus' on MIRV'd ICBM warheads. The premise would be that technology crossover from Zircon could potentially be passed on to individual warheads and they could fly independently on their own, potentially discarding the need for the final stage.
GarryB

That is more avandgard than Zircon... even moving at mach 9 it is still only moving at about 3km/s which is nothing like the speed ICBMs and SLBMs will be moving at.

In terms of impact the real implications will be in replacing rocket weapons with powered engine driven weapons... so for instance an R-37M missile with a solid rocket motor will have two types of fuel... a high energy short burn fuel, and a slower burning lower energy fuel that will burn for several minutes rather than seconds... the result is the the high energy short burn fuel will take it from high altitude and high speed launch up to a much higher altitude with thin cold air and low drag, where its lower energy rocket motor will burn for minutes countering drag and maintaining speed to extend range... and because its top speed will be something like mach 6 and it will coast all the way to the target area 300KM away at that speed and then dive on the target... that is the limit of rocket technology.

The point is the fuel is fixed as are the burn times... if launched from low altitude it will never reach very high altitude and will fly through much higher drag air and slow down so while it will still burn exactly the same amount of time it might only travel 100-120km from a low altitude launch or even less.

With a scramjet engine the missile can use its throttle and it can climb with a full thrust setting for longer no matter what height it is launched from though max height and speed will help with range it will be better able to adapt to different launch conditions... plus it could fly much faster and higher because above about mach 5 it will use body lift.

So in answer to your comments... current rocket and ramjet powered weapons could all be replaced by a more efficient scramjet propulsion, from anti ship missiles to heavy SAMs and AAMs and even cruise missiles of various types because a ramjet is much more efficient than rocket or turbojet at high speeds.

Note missiles with ramjets like Onyx or SA-4 or SA-6 could greatly benefit from a scramjet, the most obvious change would be from a circular intake to a square one that is easier to control the air flow as they could do what they were already doing but at a much higher speed.

ATGMs are too small to get enormous benefit I suspect but there is potential for scramjet powered ATGMs... most will start with a rocket booster and then the scramjet will kick in and accelerate it further... tiny engines on APFSDS rounds or even bullets could extend effective range of tank rounds... in fact with the acceleration you might find it is more effective at 10km range than at 2km range because it had time to accelerate to a higher speed.

Imagine a bullet that is a hollow tube whose core acts like a scramjet... low drag because the air flows through it as well as round it...
Hole

SA-4 and Osa are two different missiles... SA-4 is an enormous missile with solid rocket boosters located around a huge centre body with a ramjet propulsion, and Osa is a tiny SHORAD called SA-8... 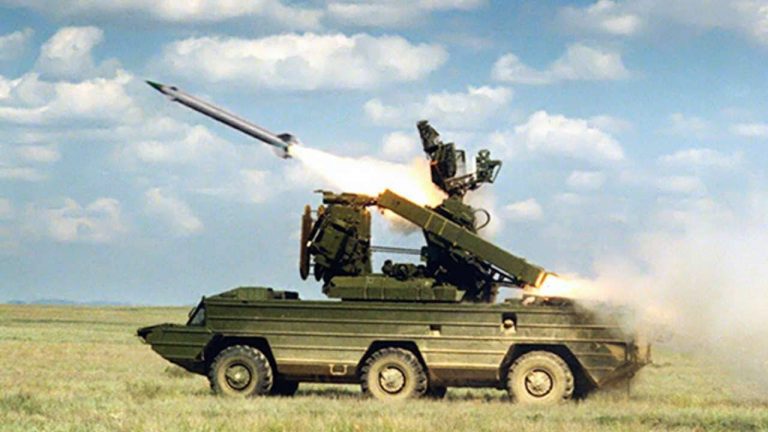 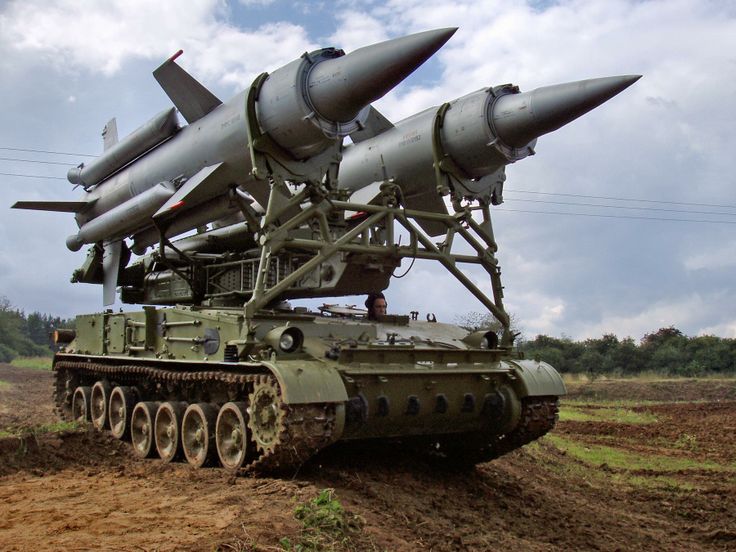 Sensor tech for finding/tracking targets at those kind of speeds may be relevant for other types though.
Hole

Somehow I confused it with the SA-N-4.

I can tell you off about that because I never make mistakes... NOT...

I am not upset, and you shouldn't be either...

Now your reply should be "Excellent" based on your avatar... 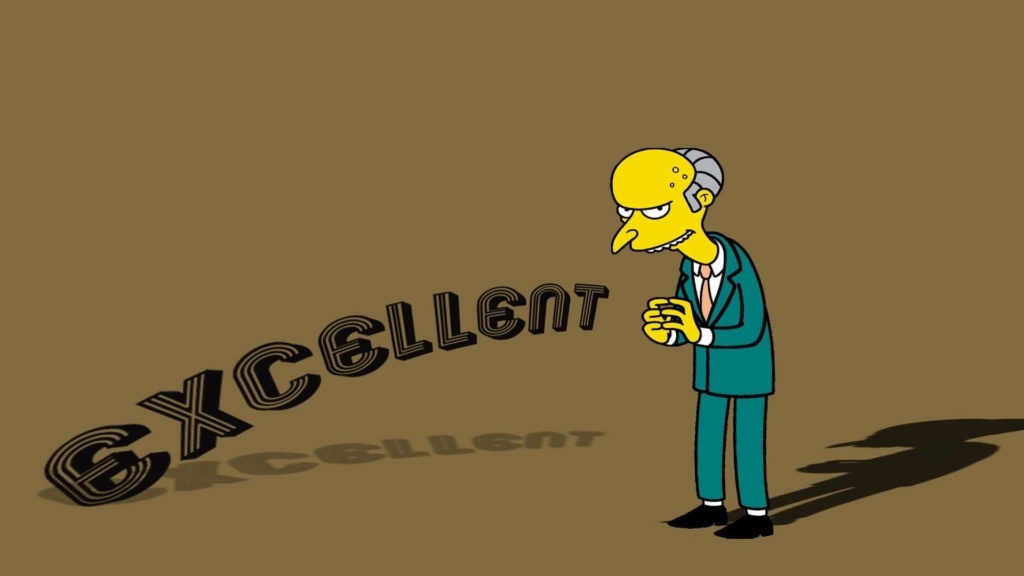 Now get out of my Internet. 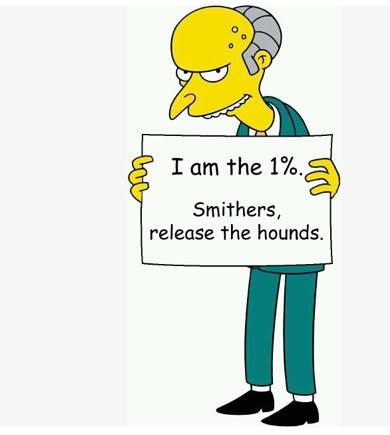 Now that it's confirmed that Zircon can be launched from the the standard UKSK launcher, the enlarged UKSK-M should allow larger modifications of Zircon that would be launched from them. Maybe a longer rocket buster, and conformal fuel tanks, or just increased diameter to allow enough fuel to boost the range from 1000km, to 2,500-3,500km range.
GarryB

Well they are making a new air launched cruise missile to take advantage of the full size of the Blackjack weapon bays, and I suspect they will do the same with weapons in the UKSK launcher and UKSK-M launcher.
Sponsored content