Something BIG (new kind of communication and intelligence sats ordered by FSB) is about to be placed in orbit by the end of May !

By 2018, 90% of the components will produce Russian satellites in Russia
Viktor

Russia should rely on its own forces

hmm, maybe all this crimea-sanctions shenanigans is a ploy by the russkie higher ups to force the country depend on itself more.
Viktor

Today is a Cosmonautics Day - congrats 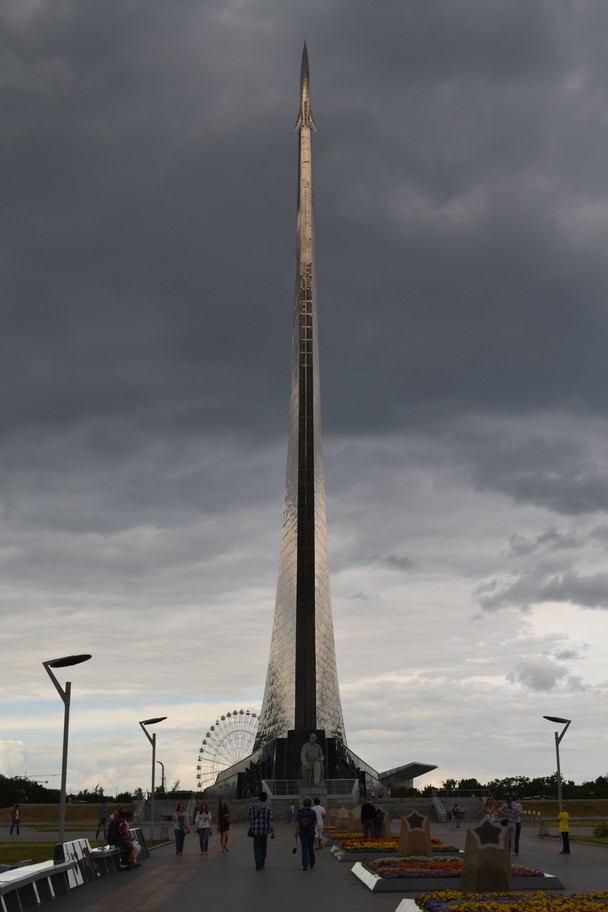 Russia To Set Up Laboratory In The Moon

Russia has largely finalized its concept for future space exploration. Its key tasks are: to expand presence in low near-earth orbits, explore and colonize the Moon, and start developing Mars and other planets of the Solar System. The strategy was outlined by Deputy Prime Minister Dmitry Rogozin in an article in Rossiyskaya Gazeta.

According to Rogozin, the current priorities of the Russian space industry should be the establishment of a space services market and advancement in the exploration and development of the resources of deep space.

A national project for deep space exploration could play an important part in this process, Rogozin said. The Russian Space Agency (Roscosmos), along with several ministries and in cooperation with the Russian Academy of Sciences and the state nuclear corporation Rosatom, have been instructed to draw up proposals on the viability of its implementation, he added.

Rogozin continued: “Key areas of research and development under this national project will be the development of nuclear power units and plasma technologies for energy conversion, the development of biotechnologies, robotics and new materials.”
“In addition, work is getting under way to identify technical options for a manned spacecraft based on a super-heavy carrier rocket for missions to the Moon and later to Mars,” he added. Research is also being done into “creating powerful interorbital (interplanetary) tugs, which are essential for developing the Moon and exploring the planets of the Solar System.”

Rogozin is convinced that the Moon is a key target for fundamental scientific research and the nearest source of extraterrestrial matter to Earth. Furthermore, it could become a platform for technological research and for testing new space systems.


As a longer-term objective of lunar development, Rogozin suggested the establishment of a man-tended Moon and first interplanetary laboratory, which could house “the tools and systems for studying the universe, lunar minerals, meteorites, as well as a test production of useful materials, gases, and water from regolith.” The first cosmonaut landings on the Moon are planned by 2030, after which a man-tended lunar base will be deployed. The next stage of the plan envisages manned missions to asteroids and to Mars.


Cosmonaut Sergei Krikalev says Russian plans of deep space exploration are not at all science fiction. He believes they would require a system of ‘base camps’ near the Moon and on the Moon itself, with in-built rescue capabilities both there and en route to the Earth.

“I think, ultimately, we shall have a base flying around the Earth, as a starting point for other missions,” says Krikalev. “At the same time, we should not give up research in low orbits, where Russia should have a strategic base of its own. It will not only serve as a research station, but will also act as a launch and test base for preparing deep space missions, a workshop for assembling new spacecraft, servicing, adjusting satellites. Everything could be tested in a near-earth orbit and only then allowed to venture deeper into space.”


Despite the government's ambitious plans, there are quite a few weak spots in the Russian space industry. One of them is the domestic production of top-quality electronics and components, Rogozin pointed out.

“In recent years, onboard relay systems of communications satellites have either been fully manufactured by foreign firms or have been assembled at Russian plants from foreign components. That is why the Federal Space Agency has authorized the Military-Industrial Commission to commission radiation-hardened electronics and components from domestic manufacturers,” he added.

Commenting on NASA's decision to suspend cooperation with Russia, Rogozin said that these sanctions would help Russia to draw up a development strategy for manned space exploration independent from unreliable international partners.

Proton-M rocket with two satellites to be taken to Baikonur

The rocket was in the pre-flight preparation facility for two days for refueling, which was completed successfully

MOSCOW, April 23. /ITAR-TASS/. Russia’s state commission has ordered a Proton-M rocket with a Briz-M booster and two satellites — the Russian relay satellite Luch-5V and the Kazakh communication satellite KazSat-3 — to be taken to the launch pad area at the Baikonur spaceport in Kazakhstan, the Federal Space Agency (Roscosmos) press service told ITAR-TASS on Wednesday, April 23.

The rocket was in the pre-flight preparation facility for two days for refueling, which was completed successfully. On Thursday morning, the state commission made the decision to take the rocket to the launch pad area where it will be put in an upright position for pre-flight checks.

KazSat-3 is Kazakhstan’s second satellite designed to ensure its information independence and security.

“Our country will launch three satellites this year: KazSat-3 on April 28; two days before that a French Vega rocket will take a high-resolution Earth remote sensing satellite to orbit from the Kourou space centre in French Guiana. Another such satellite will be launched in June,” National Space Agency (Kazcosmos) Head Talgat Musabayev said earlier this month.

KazSat-3 will be able to act as a backup for KazSat-2 launched several years ago. “With the launch of KazSat-3 our country will get a complete communication system with a backup satellite in orbit and the main and backup control centers on the ground. This is will ensure our information independence,” Musabayev said.

He admitted that it could be cheaper to lease foreign satellites, but “Kazakhstan needs its own system, control centers and personnel to ensure our information independence”.

KazSat-3 is designed to provide communication services, carry television broadcasts and ensure broadband Internet access in Kazakhstan and adjacent countries. It was designed and made under contract with the Republican Space Centre (Kazakhstan) and assembled by Russia’s Reshetnev Information Satellite Systems.
magnumcromagnon

And satelites are placed in orbit

Something big is cooking

Russia will begin to colonize the moon in 2030
GarryB

Hopefully it will be a BRICSA mission or whatever BRICSA is by then and lots of countries will get involved...
sepheronx

It isnt dead, but according to the article, it wont be much useful.

Anyway, persona 3 will launch this year. Will admit, it is costly losts. But live and learn.
Viktor

Another lift off in 2 days - comunication satellite

MOSCOW, May 13 (RIA Novosti) – A commission on legislative drafting has approved the ratification of an agreement with Cuba on cooperation in research and cooperation in the peaceful uses of outer space, the Russian government website said on Tuesday.
“This is a framework agreement, defining necessary principles, norms and conditions for developing bilateral relations in the sphere of space activity, including in protection of intellectual property rights, information exchange and data protection,” the government said in a statement.

Looks like Glonass will be very much used and will meam big revenue on sales of glonass devices.
Viktor

“A completely new concept for further space exploration” is currently being developed by the relevant Russian agencies, the official explained.


“We currently project that we’ll require the ISS until 2020,” he said. “We need to understand how much profit we’re making by using the station, calculate all the expenses and depending on the results decide what to do next.”

If I remember correctly plans are for the deorbit of the ISS in the mid 2020s.

There were suggestions by the Russians that they might be interested in buying out the other ISS partners and and building a new space station based on the ISS modules.

I guess they will need a space station around earth for their future plans for the Moon and Mars etc.

I would love to see them launch a deep space probe like the US did in the 1970s.

With a very large rocket built in space and ion engines that can run for a decade they should be able to get a new deep space probe up to enormous speeds and might even catch up to the current probes in 20-30 years or so...
sepheronx

some people on MP.NET are stating that Energomesh relied on the sale of the RD-180's to the US or go bankrupt. I asked for a source, they have not provided one. Is there anyone here who could shed some light on this matter?
Werewolf

sepheronx wrote:some people on MP.NET are stating that Energomesh relied on the sale of the RD-180's to the US or go bankrupt.  I asked for a source, they have not provided one.  Is there anyone here who could shed some light on this matter?

And what do they think current Russian commercial and military satellites are launched on... do fluffy bunnies give them a ride to space?
Sponsored content