a89 wrote:Defensa.com has published a note with data on T-90 trials. I assume journalist made a typo and trials took place 17-19 september, not 17-19 october... I have translted some points.

- A mobility test was carried out by running a circuit with ditches, hills and other natural obstacles. Distance was 130kms and "angles" were 25°-30° (does not specify which). It was raced in a 1.5km circuit against a T-55. The latter had a 100 meter advantage but T-90S overtook it. Finally, a T-55 driver was given a 15 minute training on T-90 and run through a circuit without problems.

Gur Khan attacks! reports from the same source as "a89" 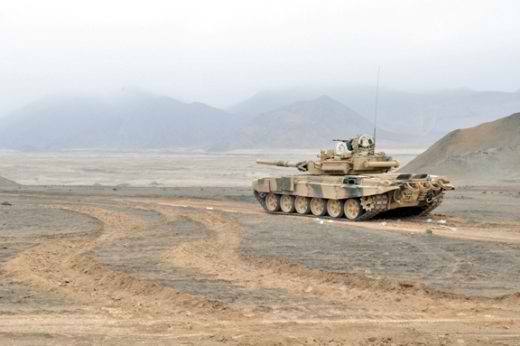 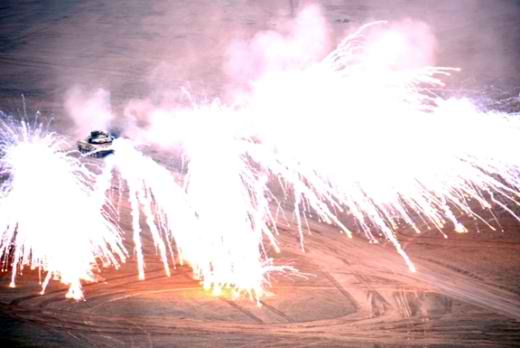 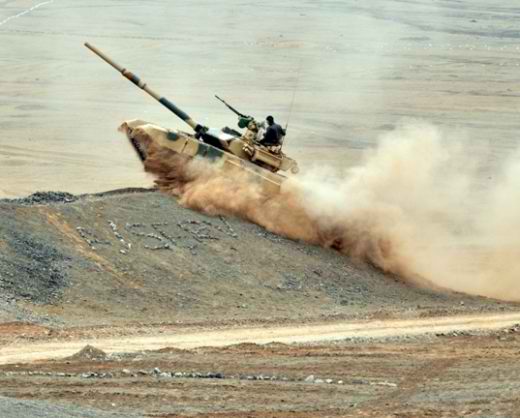 I think there is one already in Venezuela. In any case it would be an advantage, as Russian helicopters have been acquired by several countries in the region.
magnumcromagnon

Russia offers Chile localize production of weapons in the country

"We are in talks on a wide range of weapons and civilian products - from small to Be-200, MS-21, SuperJet-100", - said the director FSMTC Fomin eve of the opening of the exhibition in Santiago weapons FIDAE.

MOSCOW, March 25 - RIA Novosti. Chile Russia offers the entire spectrum of weapons and military equipment, including the possibility of localization of production in this country, told RIA Novosti FSMTC director Alexander Fomin.
"We are in talks on a wide range of weapons and civilian products - from small to Be-200, MS-21, SuperJet-100" - said on the eve of the opening Fomin weapons exhibition in Santiago FIDAE.
However, he stressed that Chile has traditionally buys weapons from Western manufacturers, primarily in the United States.
"However, we are trying to overcome this tendency by such qualities of Russian weapons, reliability, ease of use, price-quality ratio," - said the director FSMTC.
Furthermore, Russia offers not only ready samples of products, but also a license to manufacture these weapons in the country.
"We offer our Chilean partners to localize production in the country, that is certainly a very beneficial aspect of our future contracts," - said Fomin.
Chile's reaction to these proposals have not yet been reported.

Russian Helicopters Holding Company will upgrade the multi-role Mi-17 helicopters operated by the air forces of Mexico, Lenta.ru reports with reference to sources close to the enterprise. According to the sources, at least 9 vehicles of the type were delivered to Russia by two An-124-100 transport aircraft during the period from mid-June to early July 2014. The first upgraded Mi-17 will be delivered to Mexico in 2015.

No details related to work carried out in the network of this contract have been unveiled. In May 2014 Mexican air forces stated that their fleet comprises 19 multi-role Mi-17 helicopters and two Mi-8Ts. Presumably, all the vehicles to be overhauled will be upgraded by Russian enterprises.

Most likely that the contract for upgrading the helicopters was signed in December 2013, when the Mexican Ministry of Defense purchased 14 new Mi-17 helicopters (manufactured by Russian Helicopters) worth $284.8 million. The new helicopters will be delivered to National Forestry Commission of Mexico; the vehicles will be used for fire-fighting. These helicopters will be piloted by the pilots of Mexican air forces.

Initially Mexican air forces operated 24 Mi-17 helicopters purchased in two batches (each one included 12 vehicles of the type) in 1996 and 1998. The deliveries were completed in 1999. The same year Mexico purchased 12 used Mi-8T helicopters; later most of them were replaced by new multi-role EC725 Caracal helicopters.

The purchase of new helicopters and upgrade of the currently operated vehicles are carried out by the Mexican Ministry of Defense in the network of a national program aimed at expanding the combat capabilities of Mexican air forces. The program will be implemented during 2013-2018 period; under this document the number of helicopters operated by the country’s air forces will be increased from 47 to 138 ones. So far the Mexican air forces have placed an order for 18 UH-60M Black Hawk (USA) and six AW109SP (Italy) helicopters.

Mexico plans to purchase 53 more new helicopters by 2018, however, the type of these vehicles has not been unveiled.
Viktor

Remember before the Ukraine BS that the UK was talking about closer relations with Russia and even talking about small arms cooperation... well that is dead now of course.

I wonder what they will think about a few Su-30MKIs flying in Argentine air space... or perhaps even an Su-35...

Of course now that I have read the article any purchase of Russian aircraft is pure speculation on the part of the authors of the article and by the look of it they would be interested in bargain basement planes so we are talking about MiG-29SMT or Su-27SM3 or something similar.

Of course these are still very potent aircraft and with the right weapons would be very capable.
medo

I think Su-30MK2 could be the best option for Argentina. Su-30MKI with TVC engines could be too expensive for them. Other option is MiG-29M2 or MiG-35, but they will receive Su-30 faster than MiGs.
Viktor

Rossi: Argentina is considering the purchase of helicopters in Russia
Kyo

Russia may supply Su-24 aircraft on a lease basis
GarryB

The upgraded Su-24 is still a very capable aircraft and can carry a range of weapons.

The Argentine Air Force was very capable of hitting British ships with a range of weapons including dumb bombs and Exocet anti ship missiles.

The Su-24 would offer a range of guided missiles and guided bombs that would make the job much easier and the effect much more dire for the British.

Even just a new model Kh-31 anti ship missile with a range of 240km at mach 3 would be a whole different threat for any British Task Force.

I suspect the leasing deal could simply be a ploy by the Russians to get cheap food, for the Argentines to get experience in a more modern air craft, and of course for both sides to increase the cost for Britain to hold the Falklands.

After a few years experience with Su-24s they could look at Su-30s or other options... like MiG-29M2s... that would not be too expensive, yet would offer serious capability that four Eurofighters would simply be insufficient for.
Kyo

An arrangement of Su-24 plus Kh-31 should make Argentine reign over the South Atlantic area, something its ally Brazil should have realized had it incorporated the Su-35 in its fighter tender. But it didn't, thus falling short of being considered a burlesque banana republic.
George1

Kyo wrote:An arrangement of Su-24 plus Kh-31 should make Argentine reign over the South Atlantic area, something its ally Brazil should have realized had it incorporated the Su-35 in its fighter tender. But it didn't, thus falling short of being considered a burlesque banana republic.

i think that in this economic situation, even su-24s are not affordable for Argentina
Viktor

George1 wrote:i think that in this economic situation, even su-24s are not affordable for Argentina

Keep in mind that payment may come in many forms.
Kyo

i think that in this economic situation, even su-24s are not affordable for Argentina

It could be on an exchange of goods (food for weapons) basis, using local currencies and therefore by-passing the use of US$ and Euro. This mechanism is being implemented by Russia/China in their trade agreements.
GarryB

Keep in mind that the EU has already threatened countries not to trade with Russia and take up "their" contracts while Russia is banning imports from the countries that are putting them under sanction.

What I think the EU and NATO might not realise that these alternative sources Russia is exploring are likely permanent new trade relations and if they can get these links up and running properly they might not go back to buying from the economic trade block called the EU.

Such realisation might be a harder pill to swallow than Su-24s in Argentina.

Leasing today could mean gifted aircraft in the future as they are withdrawn from Russian AF service...

They might do the same with Iran to encourage a future upgrade, perhaps to a modified Su-30M or a cheaper simpler model of the Su-34... perhaps with interceptor versions also developed which would be useful to both countries.
George1

RIO DE JANEIRO, April 14. /TASS/. Russia seeks to strengthen its positions on the arms market of Latin America, with talks with delegations from seven Latin American countries expected at LAAD 2015 Defense and Security International Exhibition opening in Brazil on Tuesday.

According to the Federal Service for Military-Technical Cooperation, 17 Russian enterprises will present their military products at the exhibition. All in all, visitors and specialists will be able to see almost 670 Russian military products presented as models, mockups and other promotional materials.
George1

Argentina to Continue Purchasing Russian Mi-171 to Fly to Antarctica

Argentina has repeatedly spoken in favor of a new contract for the supply of Russian helicopters.

The holding ‘Russian Helicopters’ expects to sign new contracts with Argentina in the coming year.

"We look forward to strengthening the negotiating process for the purchase of the Russian helicopters, following the visit of the head of state of Argentina to Moscow,” said the deputy head of the holding Alexander Scherbinin.

According to him, the Argentinian side has repeatedly spoken in favor of a new contract for the supply of Russian helicopters, as the “experience of their operation in Antarctica confirmed their excellent performance."

Apparently, Argentina is interested at Yak-130, Pancir-S1 and S-300

Can they afford all that?

Of course they cannot, but Russia will loan them just like these agreements made these two days, Russia will invest etc..., actually the real question is can Russia afford these (all these economic agrees need Russian investment)?
Cyberspec

It can assuming they're productive investments.....actually that seems to be the Russian (and Chinese) strategy.

Viktor wrote:Apparently, Argentina is interested at Yak-130, Pancir-S1 and S-300

That is all good, but how about some MiG-35 or Su-30, some Kilo or Lada subs and modern surface ships, and you know this may be in the realm of fantasy, but since they have a long tradition of carrier operations how about refurbishing Kiev or Minsk (IF they could still be usable) to something similar to Vikramaditya - either refurbished in Russia or perhaps China, and fitted with a squadron of MiG-29K?

I am aware of their apparent problems, and also aware of the artificially low military budget, but they are a big country, as i understand rich in resources, so surely mutually beneficial comprehensive deals with Russia and China and increased trading could significantly improve their position. There is always a way if there is the will.
Sponsored content