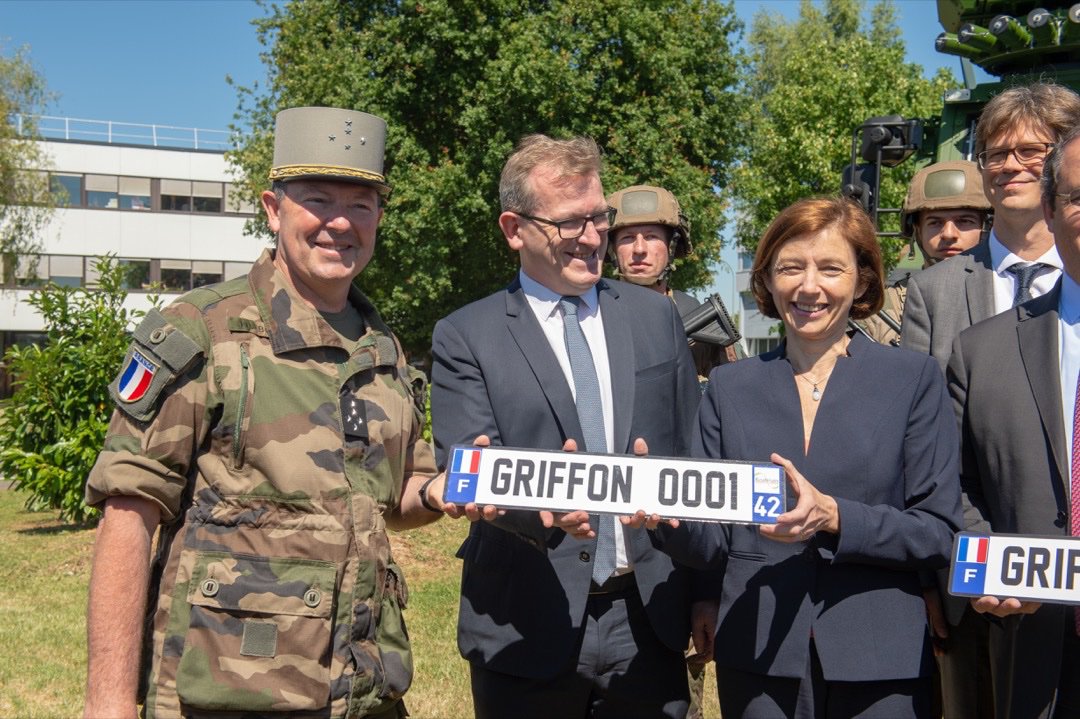 On July 4, 2019, in the presence of the Minister of the Armed Forces of France, Florence Parley, at the plant of the French manufacturer of armored vehicles Nexter, the official adoption of the first batch of the latest VBMR Griffon armored vehicles with a 6x6 wheel formula was adopted by the French army.

Griffon VBMR is a 6x6 wheeled armored vehicle that is designed to replace the old VAB 4x4 armored personnel carriers that have been in service with the French army for more than 40 years. Griffon is designed according to a modular architecture, thanks to which it will be delivered in five configurations, including an armored personnel carrier, a command post, an artillery observation post and an ambulance. Griffon has a maximum total weight of 24.5 tons and can carry up to 10 troops. The main armament of the Griffon consists of a remote-controlled combat module with a machine gun of 12.7-mm or 7.62-mm caliber or a 40-mm automatic grenade launcher. 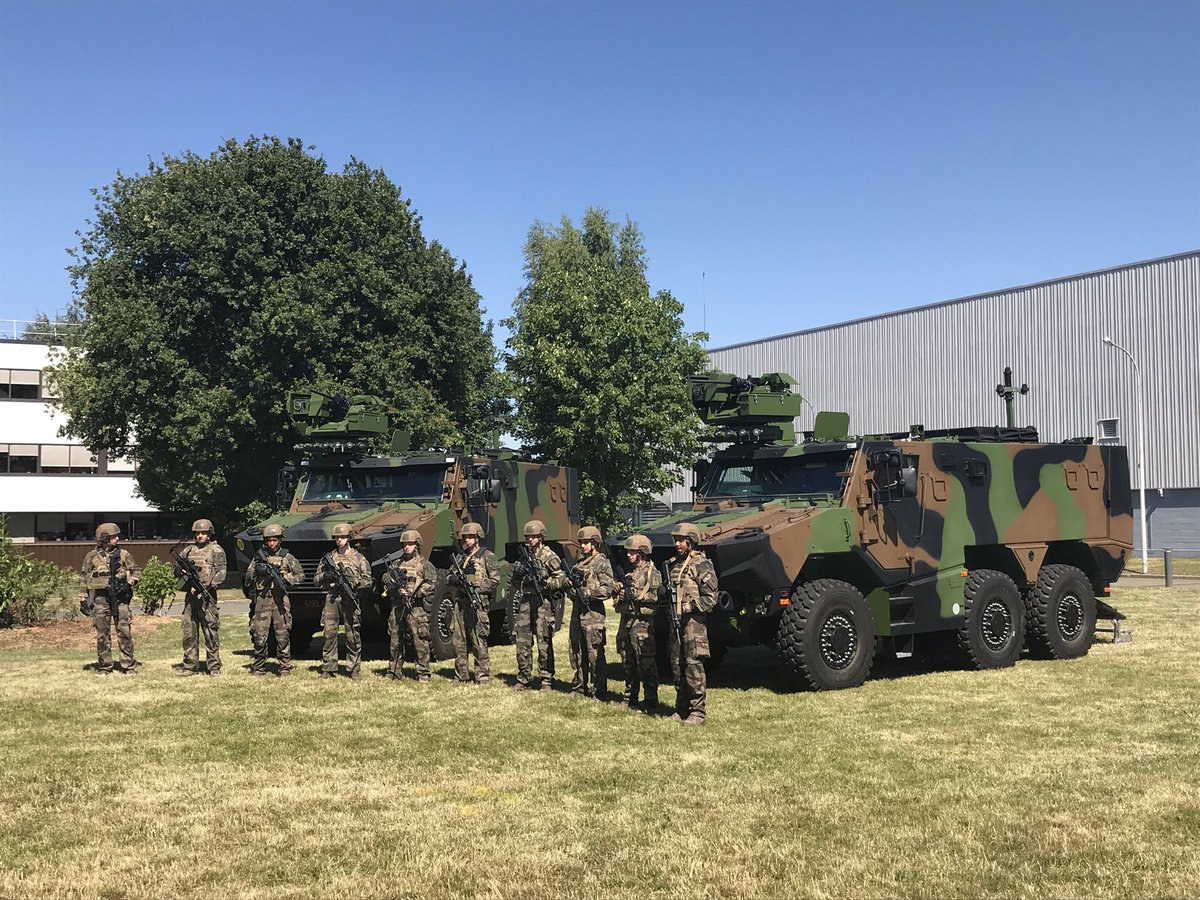 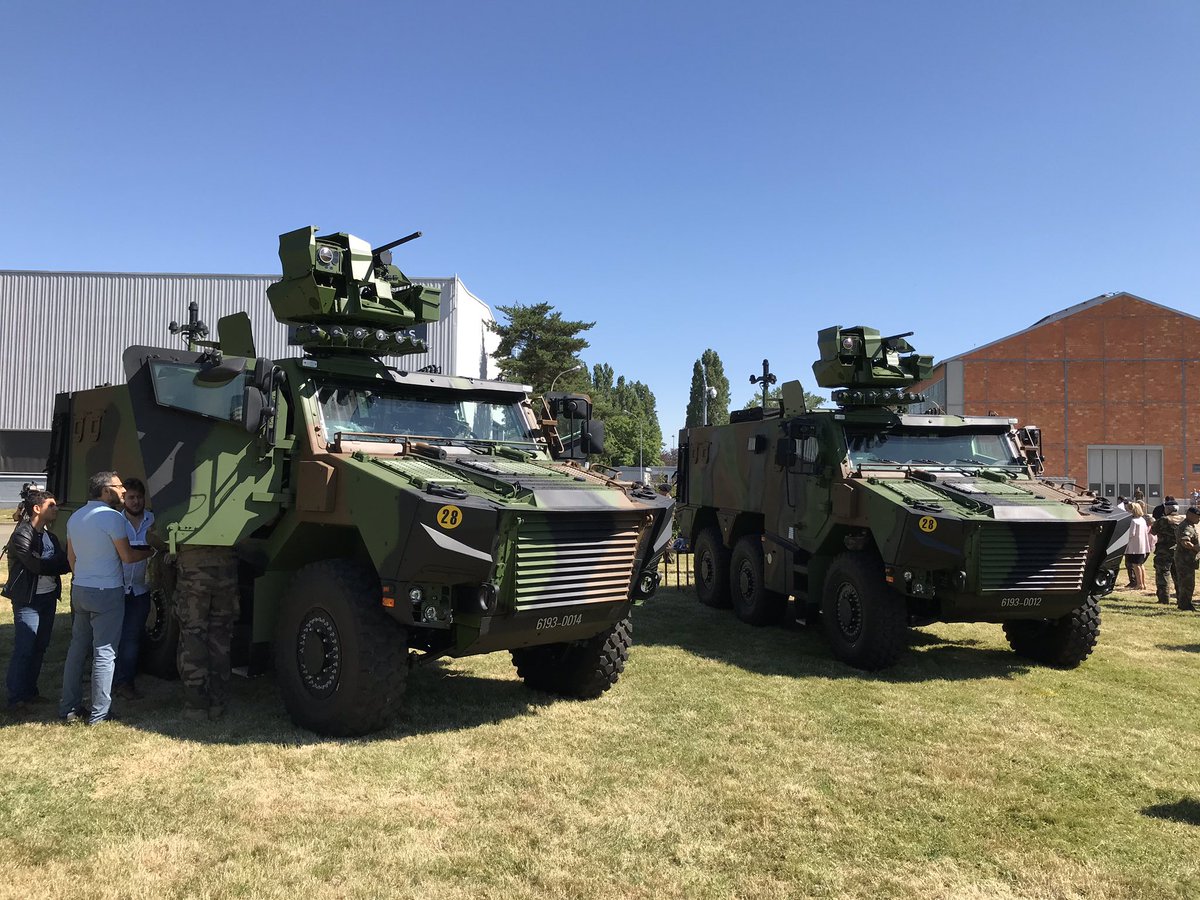 As French Minister of Armed Forces Florence Parley announced on January 6, 2020, the Ministry’s General Directorate of Arms (Direction générale de l'Armement - DGA) signed a contract with the Belgian company FN Herstal under the Fusil de précision semi-automatique (FSPA) contract for the supply of French armed forces forces of 2620 SCAR-H PR sniper rifles under the NATO cartridge 7.62 x 51 mm. Deliveries will be made from the beginning of 2020 to 2022.

In the French army, SCAR-H PR rifles will be replaced in the infantry divisions as "Marxman" rifles by FR-F2 sniper rifles of the same caliber of 7.62 x 51 mm, which have been in service since 1986 and are a modernized version of the FR-F1 rifles - sniper version still pre-war French linear 7.5mm magazine rifles MAS 36.

Semi-automatic rifle SCAR-H PR (Precision Rifle) chambered for NATO cartridge 7.62 x 51 mm is a sniper version of the famous automatic rifle SCAR, developed by FN Herstal initially for the US Special Operations Command. To date, it is known about the procurement of SCAR-H PR rifles by the armed forces of Lithuania and Portugal. US Special Operations Forces use a variant of this SCAR-H TPR (Tactical Precision Rifle) rifle under the designation Mk 20 SSR (Sniper Support Rifle).

Also on January 6, 2020, French Minister of Armed Forces Florence Parley announced the conclusion of a DGA contract worth € 44 million for the purchase of 74596 Glock 17 G5 9 mm pistols for the French armed forces. Deliveries began at the end of 2019 and will be carried out by 2022. Deliveries are made by a consortium of the Austrian company Glock and the companies Sellier et Bellot (cartridges) and UTM (training kits).