I cant find a ka-27 helicopter thread here. but I found new radars with performance parameters listed here on pdf page 56. http://www.promweekly.ru/archive/kret/KRET_1-2020.pdf seeing a bunch of kret articles and aviation articles from a certain website I might be a little annoying as hell asking for translators later. 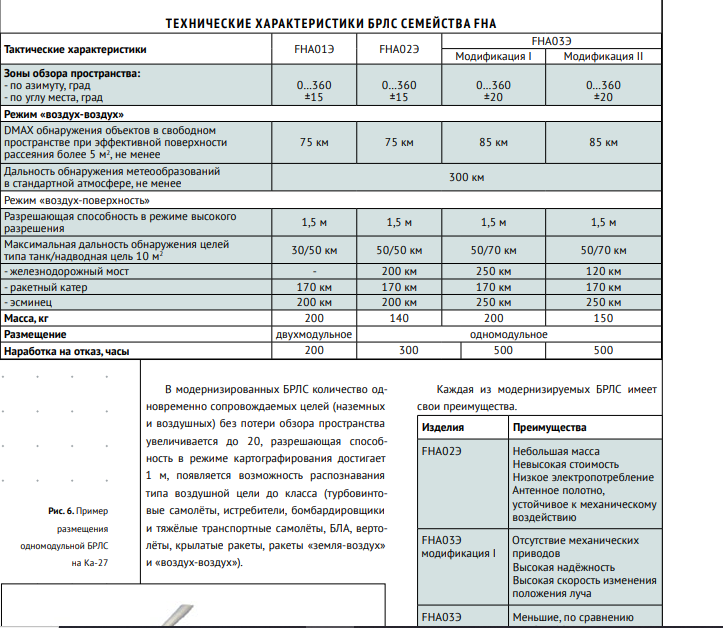 The first green line is about field of view of each radar.

The 2 next green lines are for air to air detection. The first libe is against a 5m2 target and the second is, not sure, the range in meteo mode radar to see bad weather to protect ships from storms IMO.

If you go to this web page:

Across the top there are links for text, site, document, and image.

If you have a website you want to look at copy the web address and click on site and paste the address in the box at the top. You can also paste it into the text box and the button on the right hand box will say something like translate page... if you click on that it will open the translate site page which has an original page in a tab and the translated page in the right hand tab. As you scroll down the translated page it translates in real time with a percentage complete indicator near the top. You can click to the original tab to see the actual Russian text if you know a word and need to check the translation.

Document is for documents like pdfs and if you have an image with Russian or foreign text use the image option which scans the image looking for text and highlighting text with boxes... click and drag across the boxes and it will show the translation...

Its a counterpart of: Sikorsky S-92
https://en.wikipedia.org/wiki/Sikorsky_S-92#Specifications_(S-92)

Mi-38 - now in the army
New Russian helicopters will successfully complement the fleet of multi-purpose vehicles of military operators around the world
http://nvo.ng.ru/realty/2019-12-13/1_1074_helicopter.html?print=Y

Well except that those aircraft are actually more comparable to the Mi-17 than the improved Mi-38.
George1

The makeover has "improved the weapons, the means of target detection and identification," the company's CEO said

"We already have an upgraded appearance of the AMTSh-VN. Let’s say, it has expanded its options and capabilities - not so much the vehicle itself, but its extra equipment," Boginsky said.

He explained that the makeover has "improved the weapons, the means of target detection and identification."

"We’re talking higher level systems. This is the result of integrating solutions offered through our cooperation," the CEO noted.

A source in the industry told TASS that the new vehicle received an unofficial designation of Mi-8AMTSh-VN2. According to the source, this rotorcraft is the bridge between the Mi-8 family and a promising helicopter: the Airborne Combat Vehicle for the "new type" of airborne units.

In March 2019, TASS reported that a program to upgrade the existing helicopters kicked off, in line with the development of the new Airborne Combat Vehicle helicopter.

The Mi-8AMTSH-VN helicopter is equipped with new avionics, armed with two 12.7 mm side-mounted machineguns, adapted for night vision goggles, and has an onboard defense complex. The cockpit and the main systems and protected with a titanium alloy armor, while the floor and sides of the cargo compartment are protected with lightweight removable Kevlar armor.

They already export it and russia bought none so far.

Isos wrote:They already export it and russia bought none so far.

I have read in the past 2 weeks of the RuAF receiving their second Mi-38.

Isos wrote:They already export it and russia bought none so far.

Gotta be Algeria or UAE

I have read in the past 2 weeks of the RuAF receiving their second Mi-38.

Still impressive. Export client usually wait for the product to be operated and tested by an airforce before buying it.
Isos

Big contract. I wonder if there is no mostake in translation and that would be the total of export orders. If it is only one contrat then it must be China.